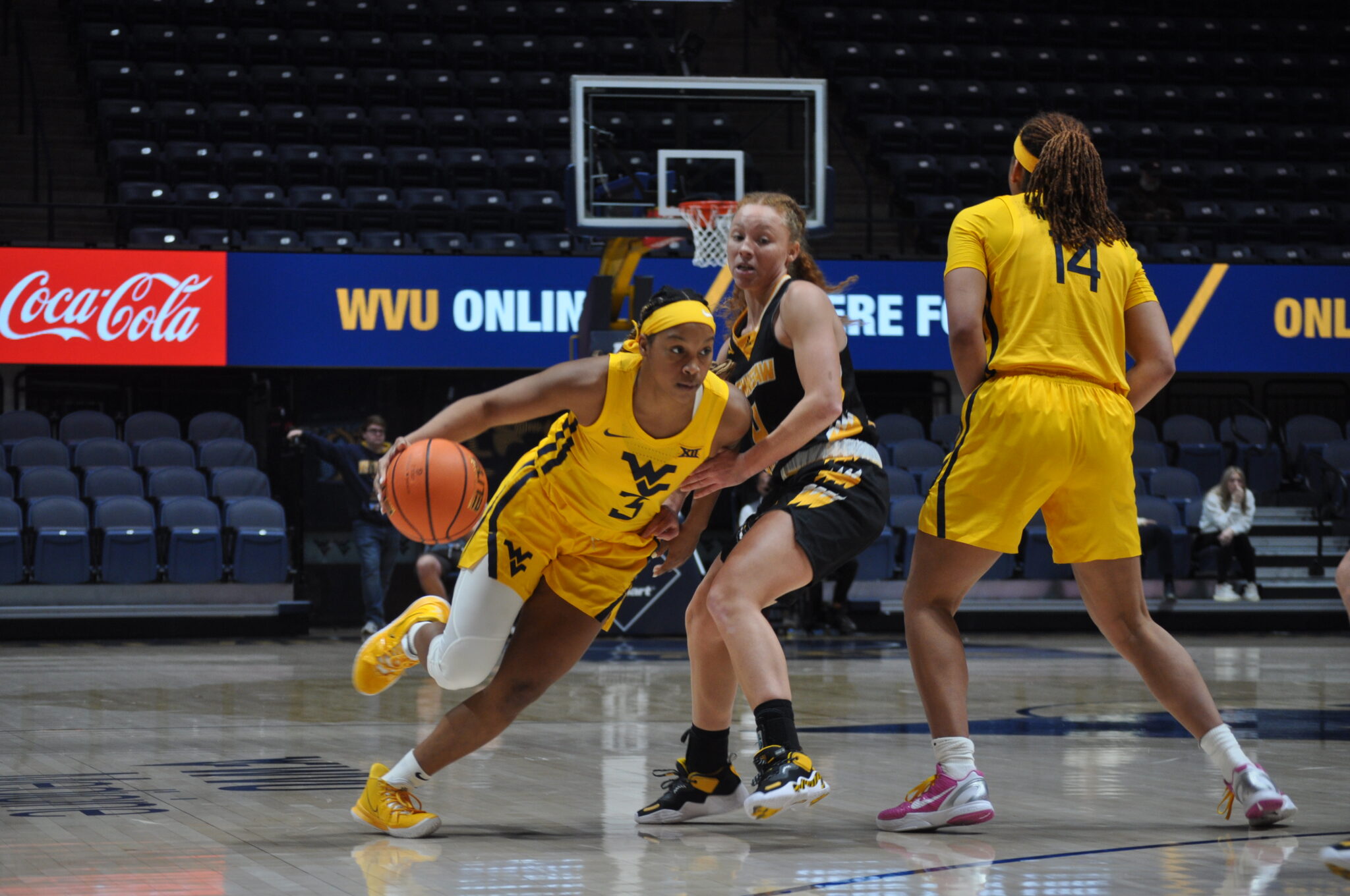 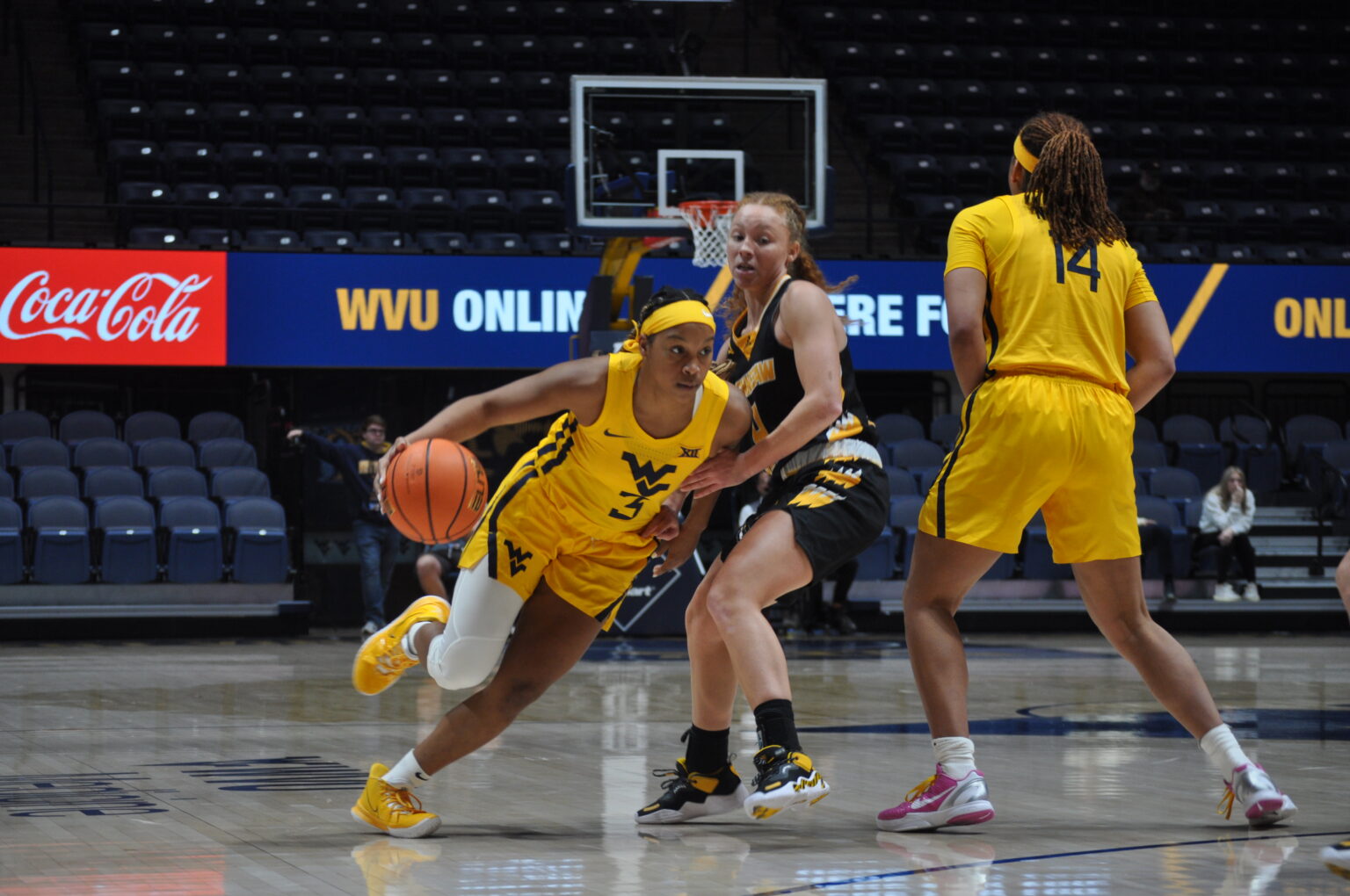 KK Deans penetrates to the basket. Photo by Greg Carey/WVMetroNews.com 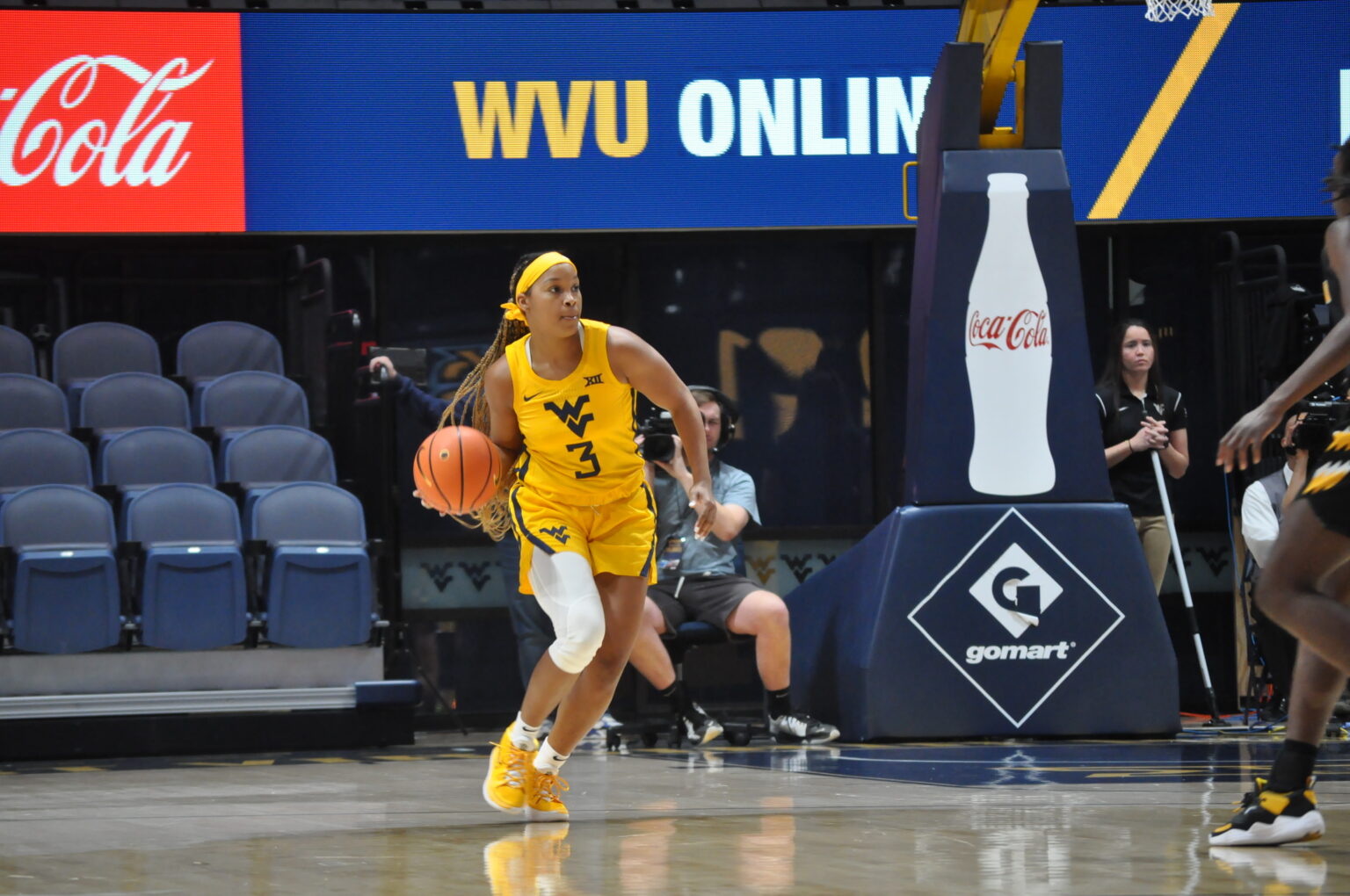 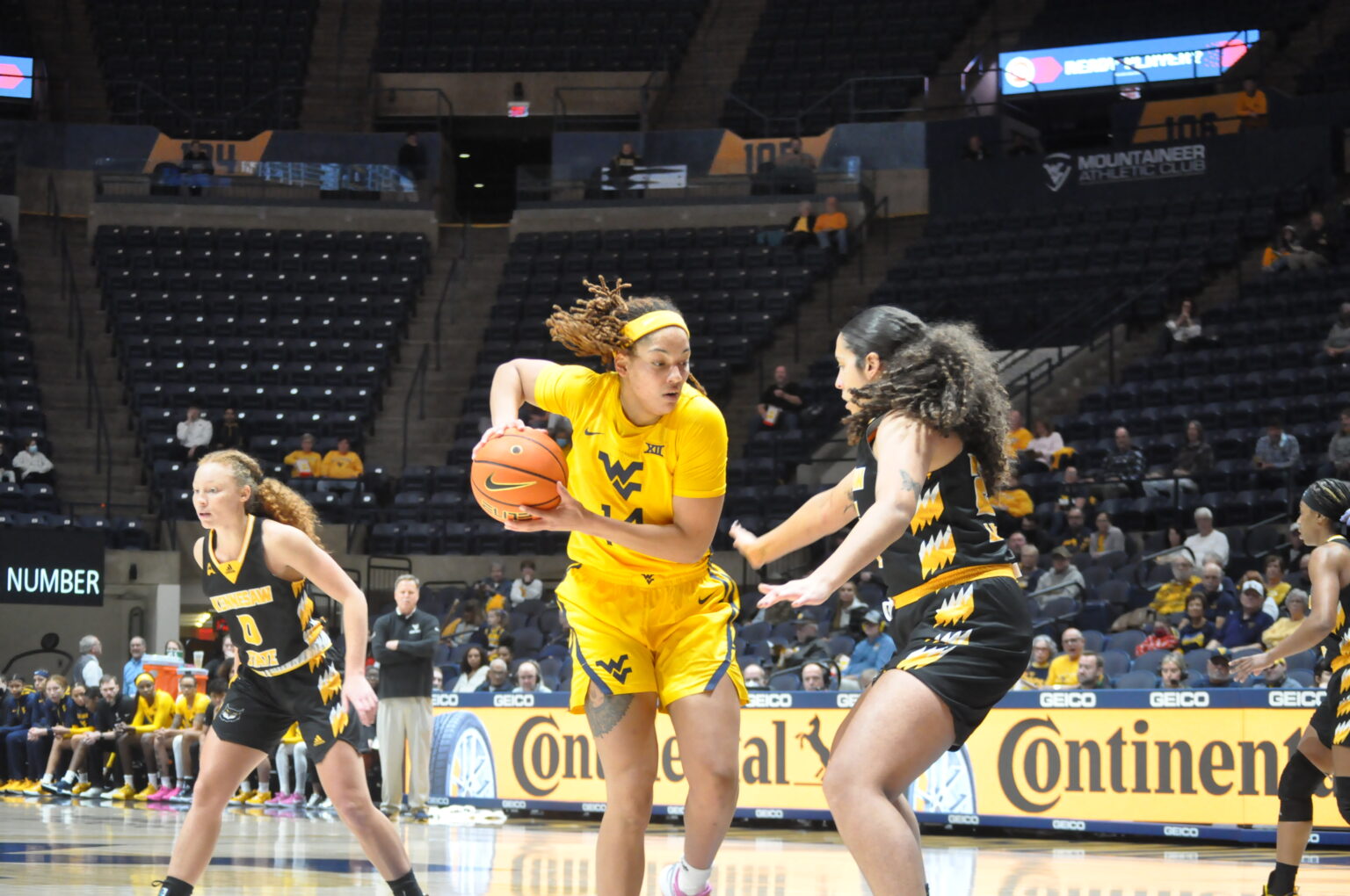 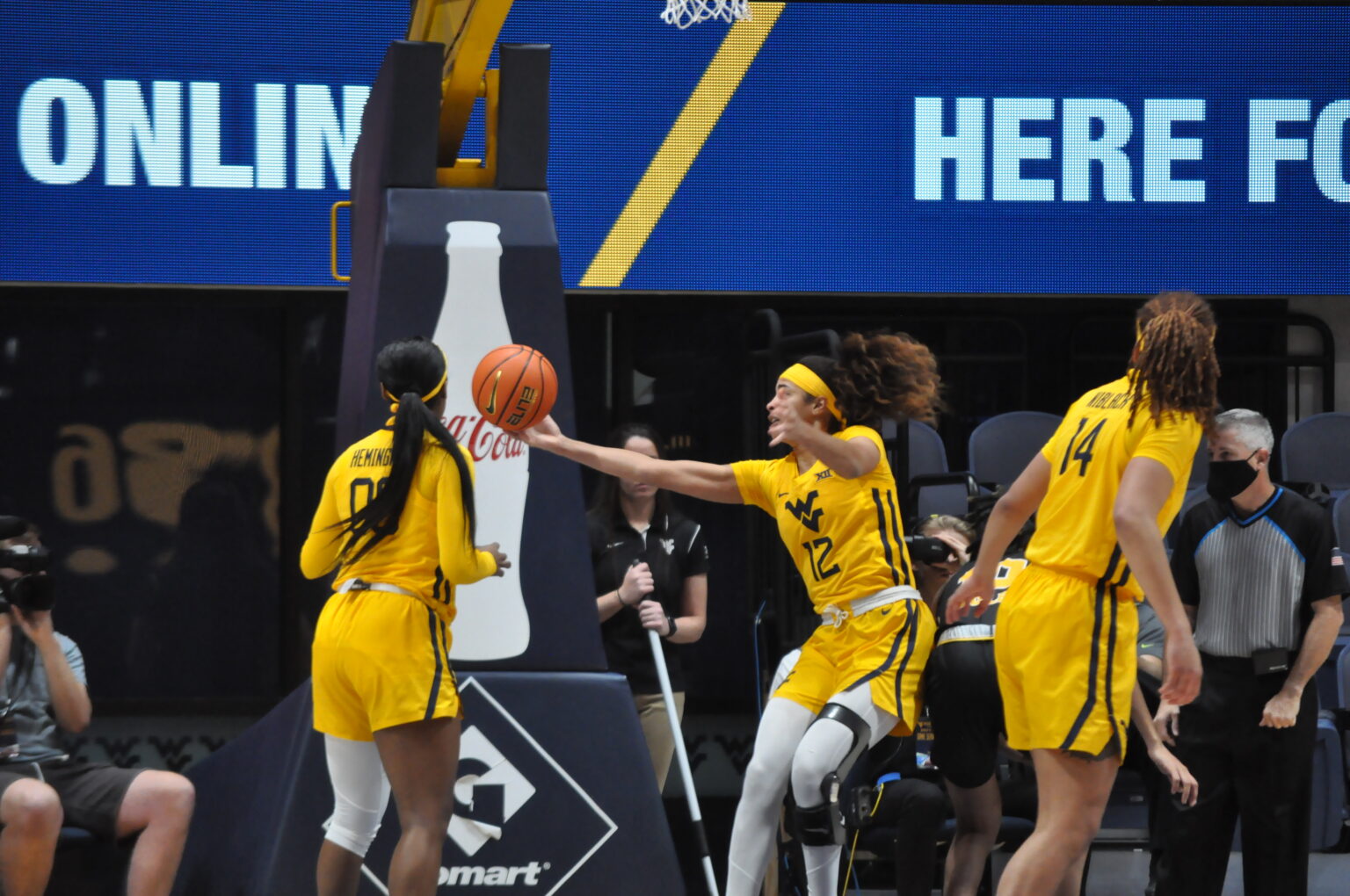 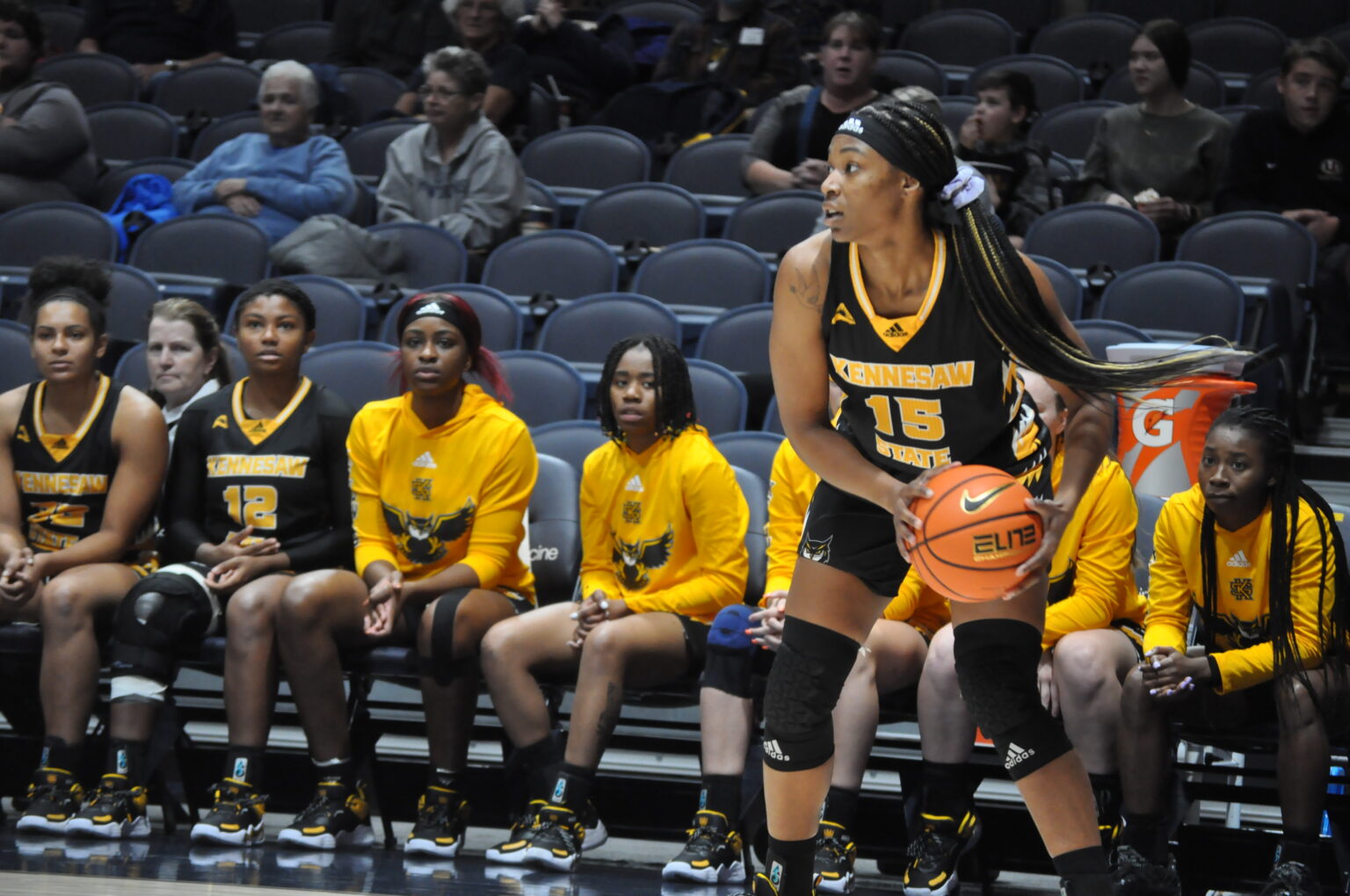 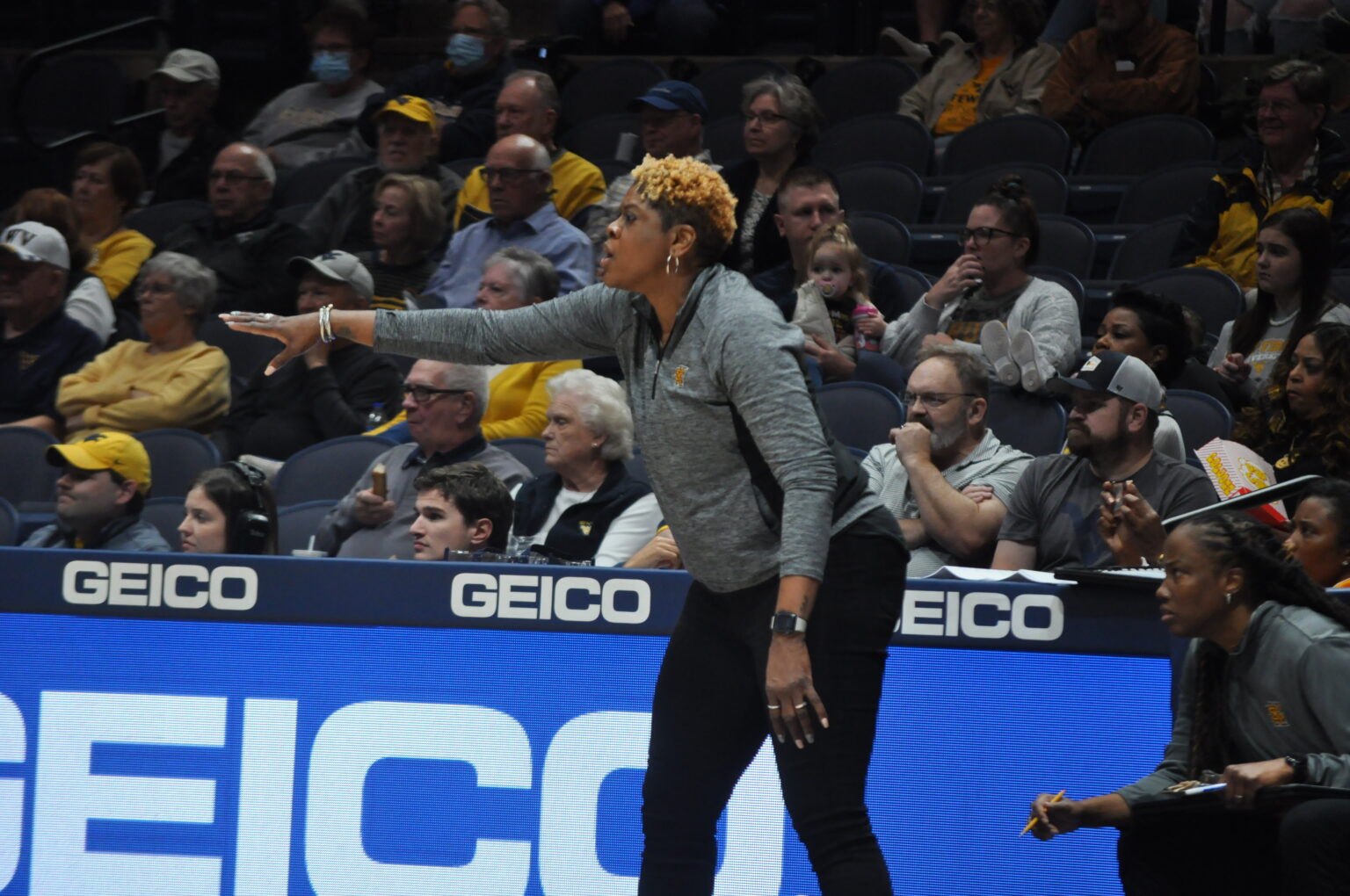 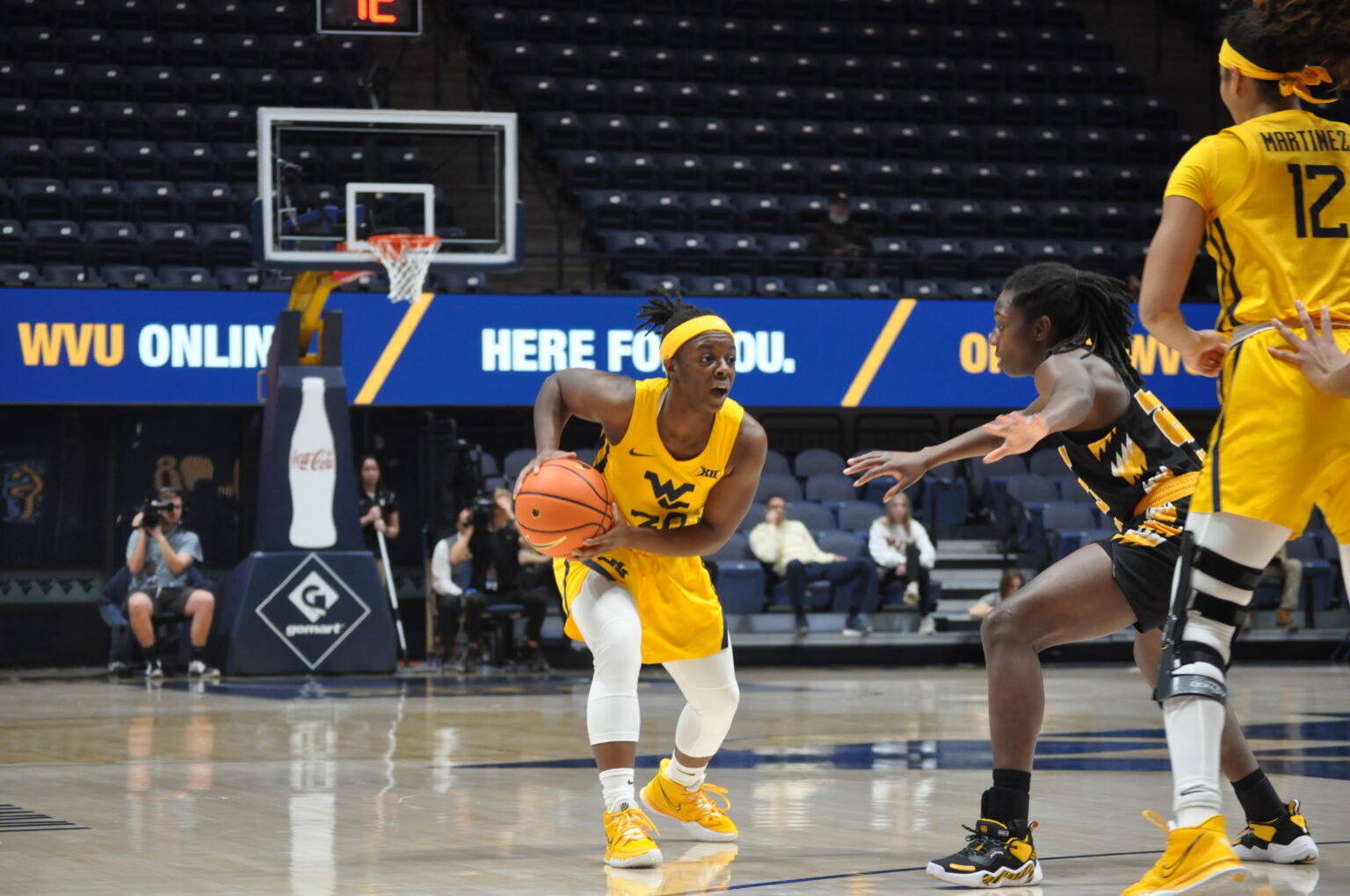 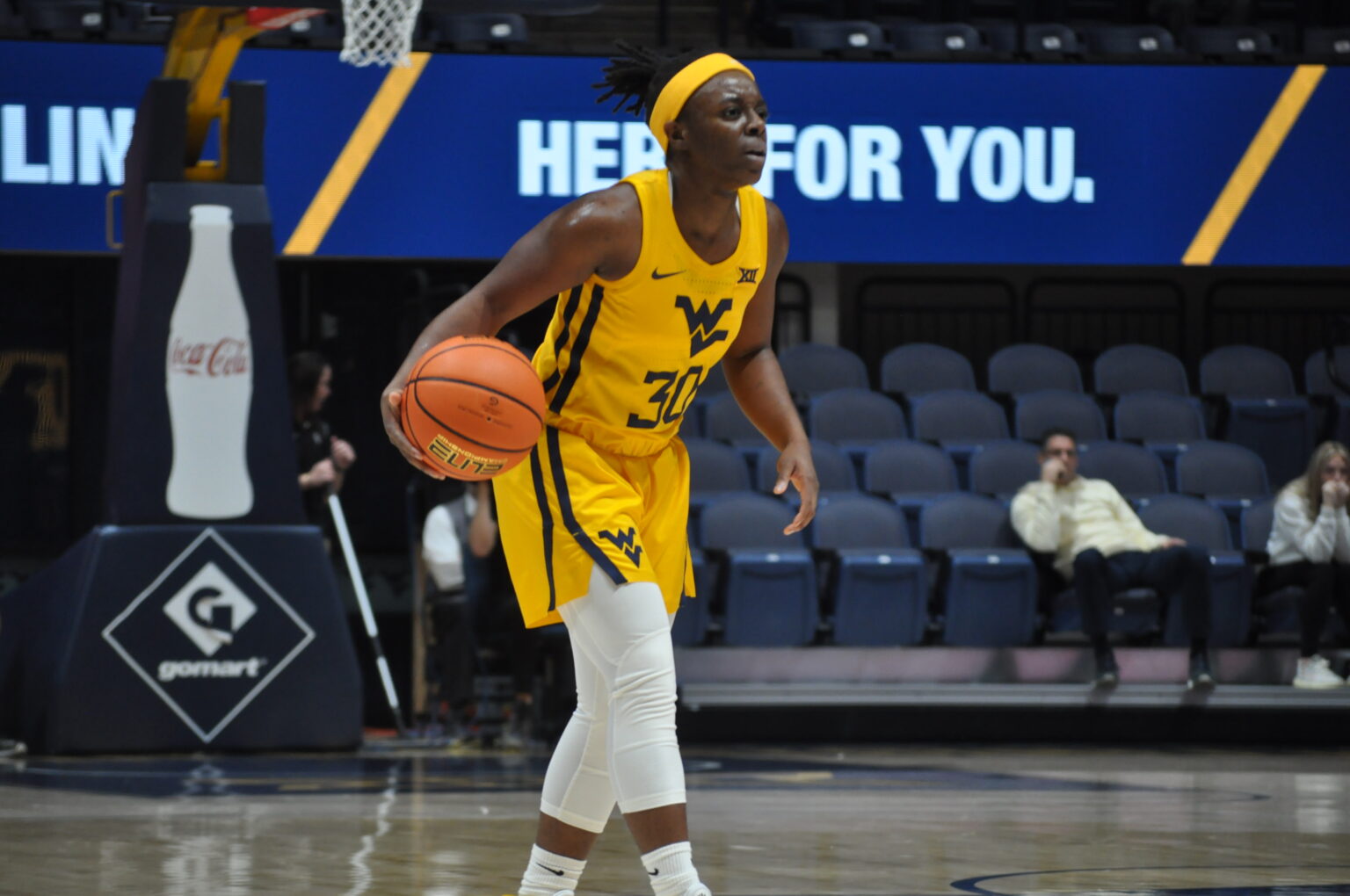 Jayla Hemingway drives to the basket. Photo by Greg Carey/WVMetroNews.com 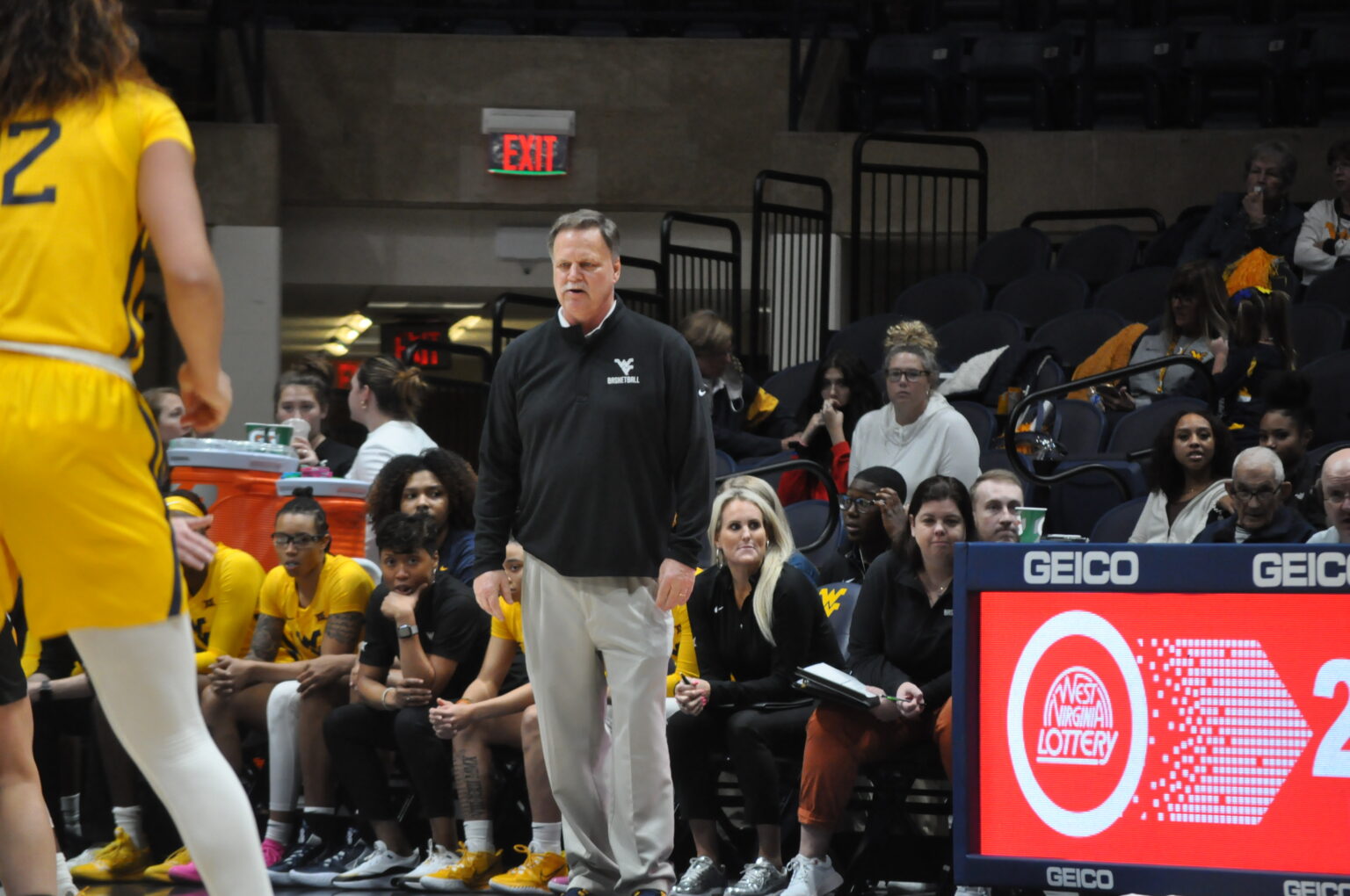 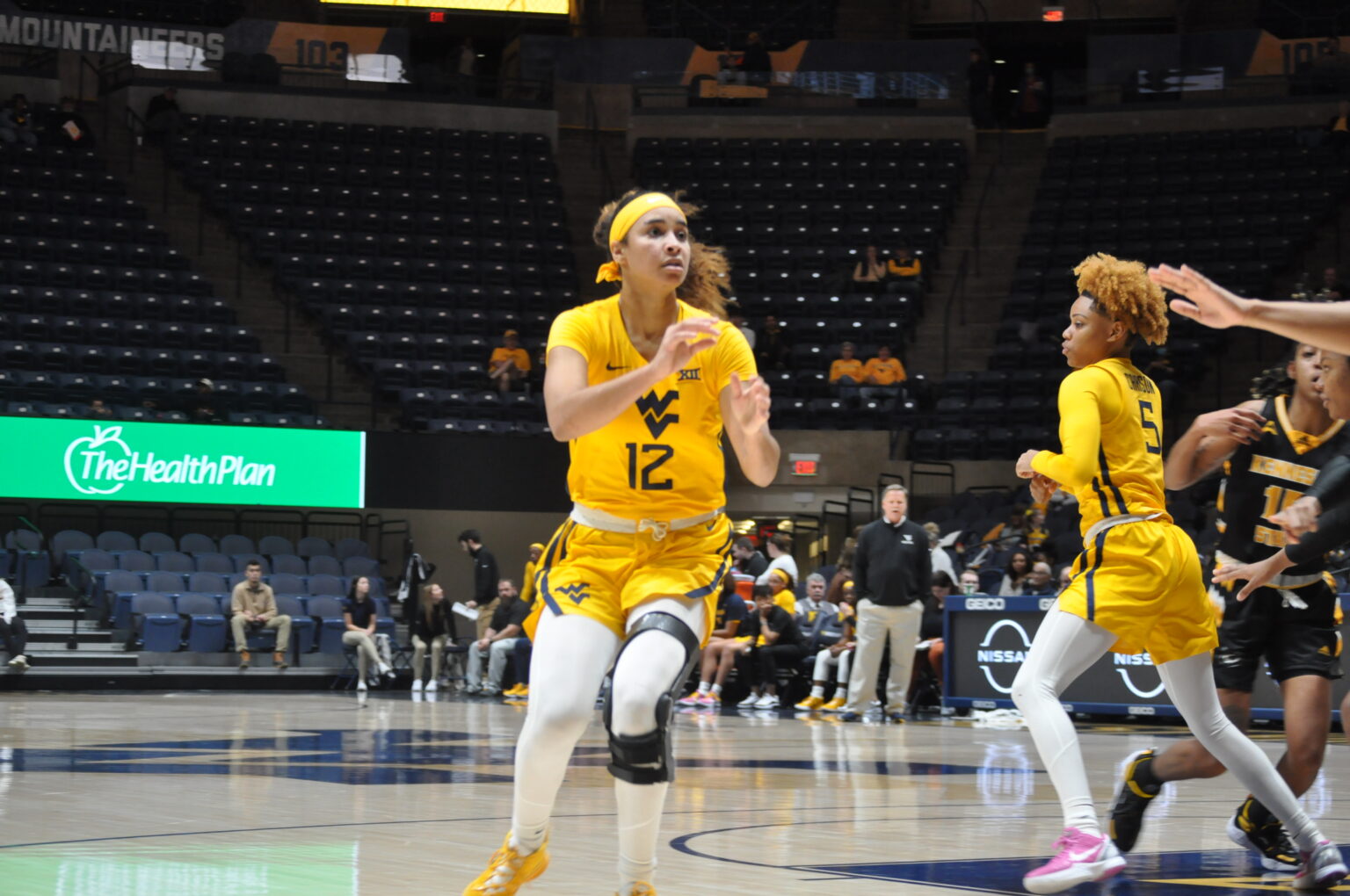 Esmery Martinez calls for the ball. Photo by Greg Carey/WVMetroNews.com 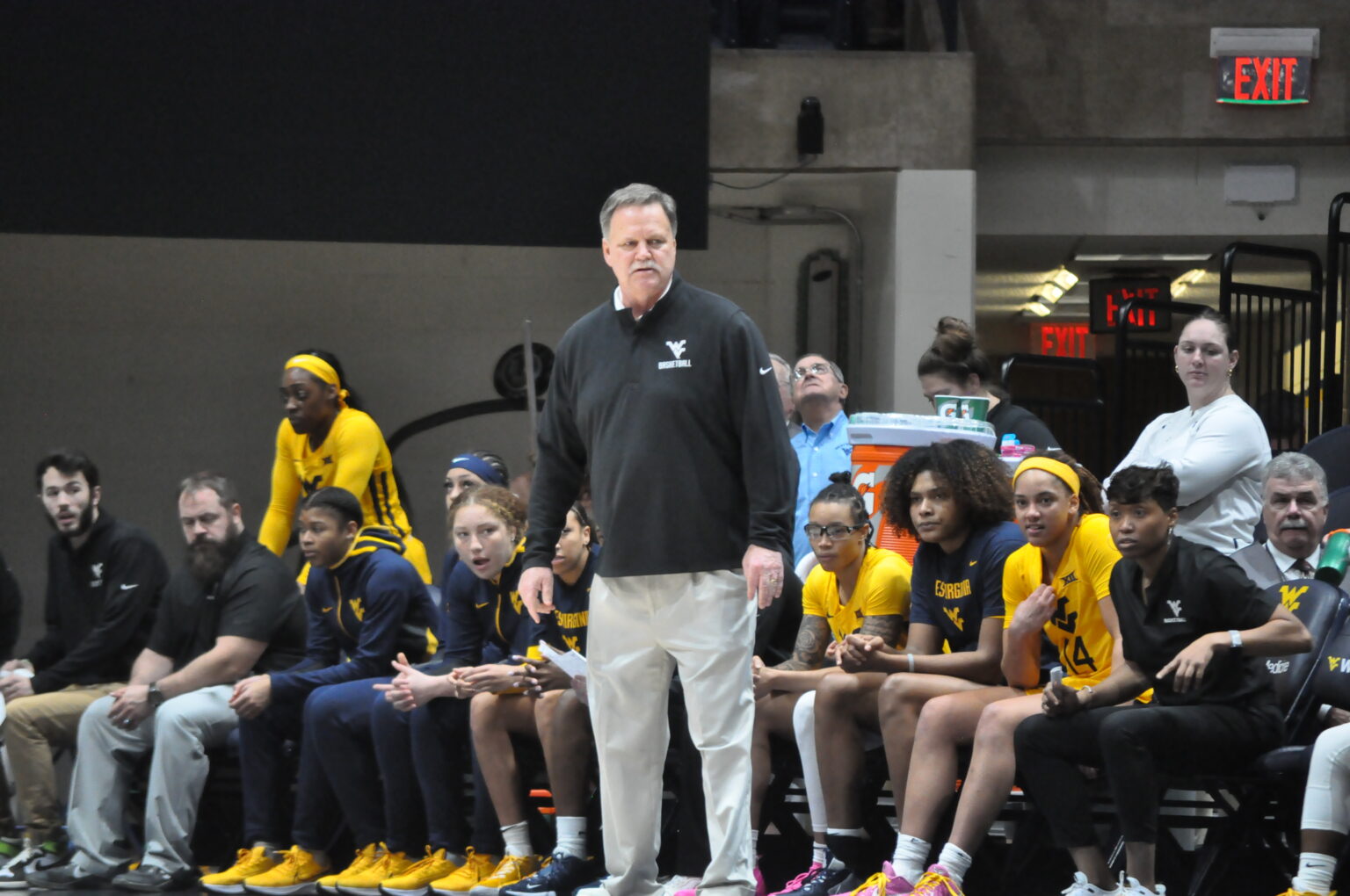 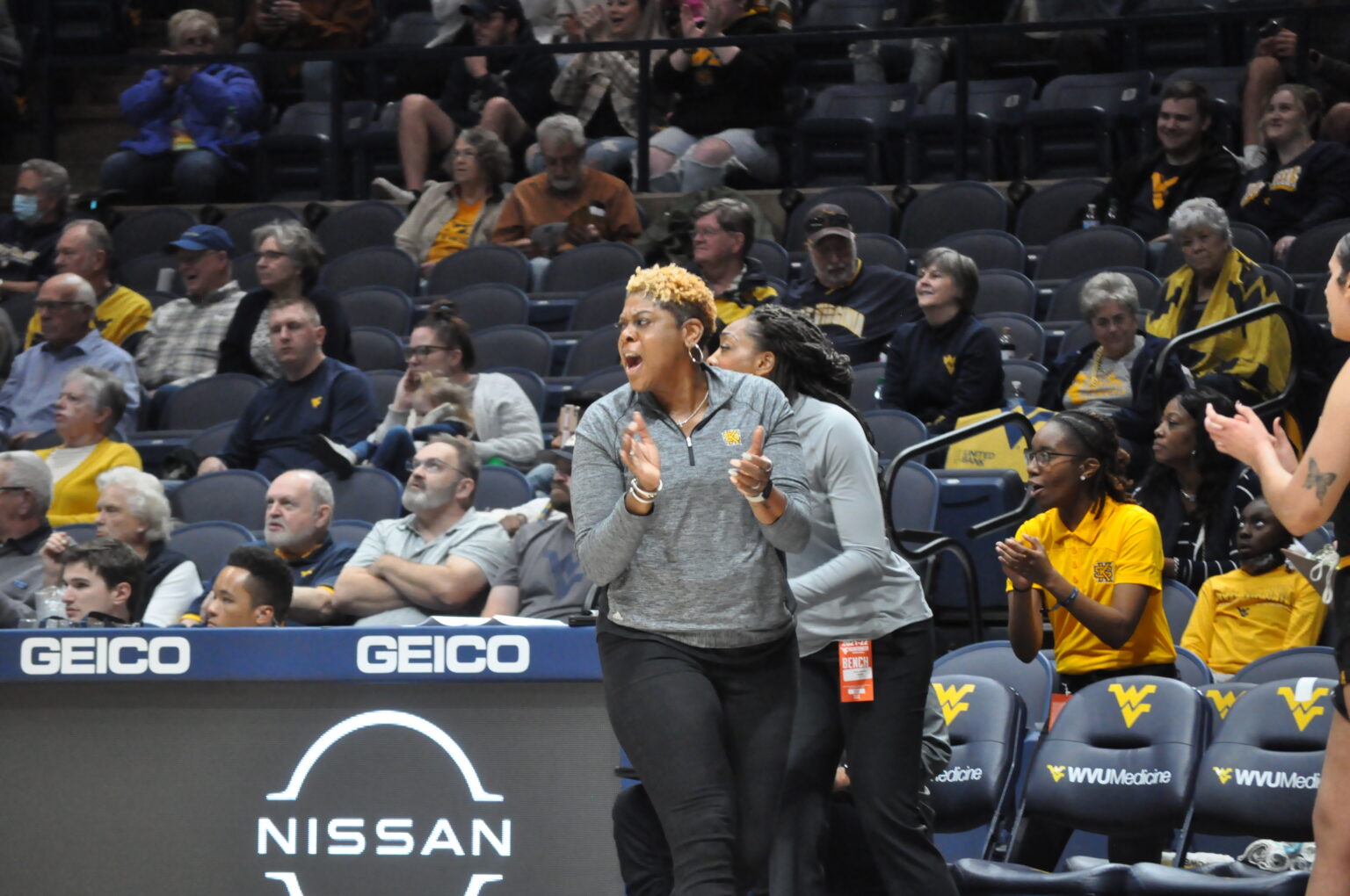 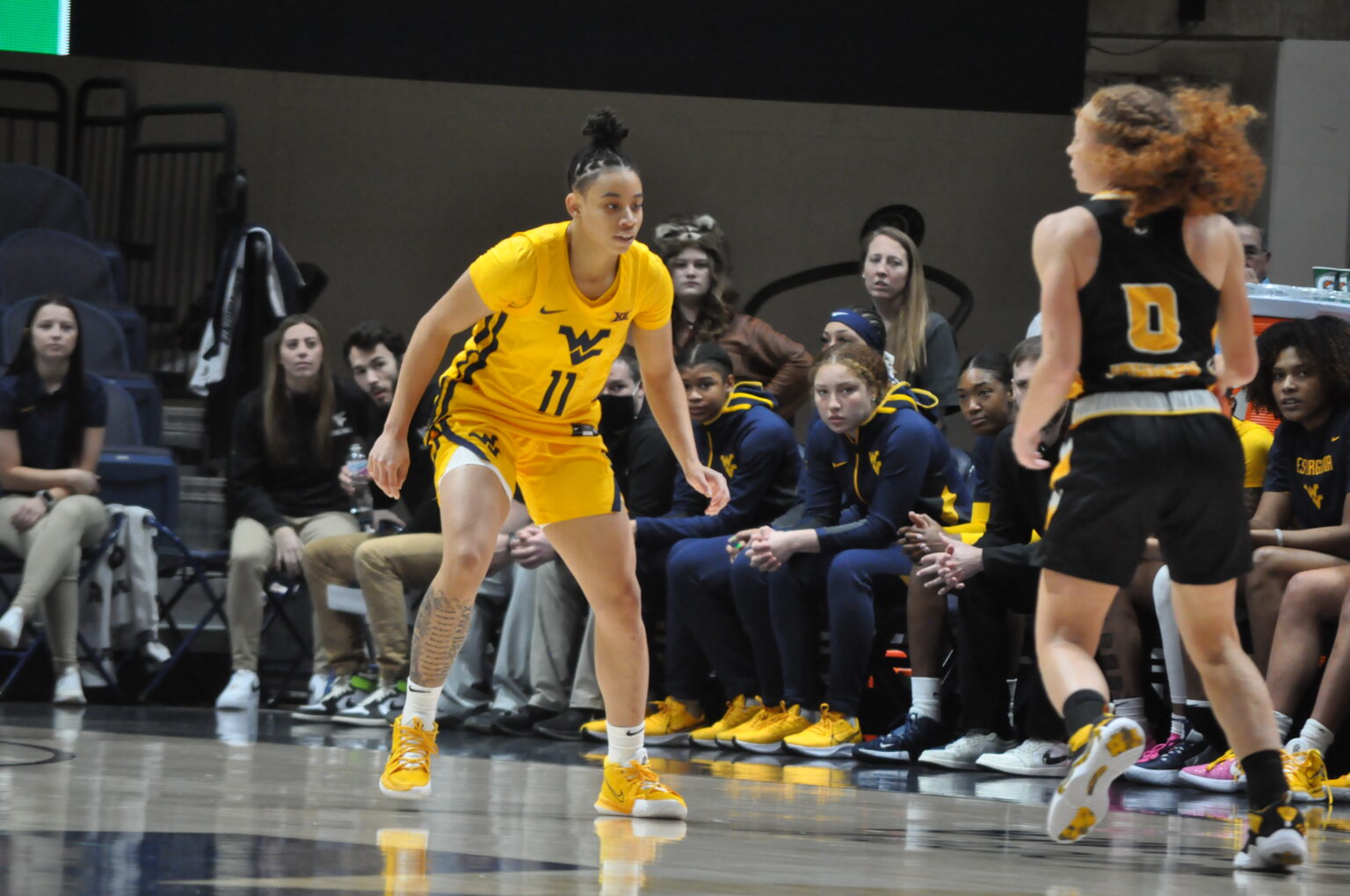 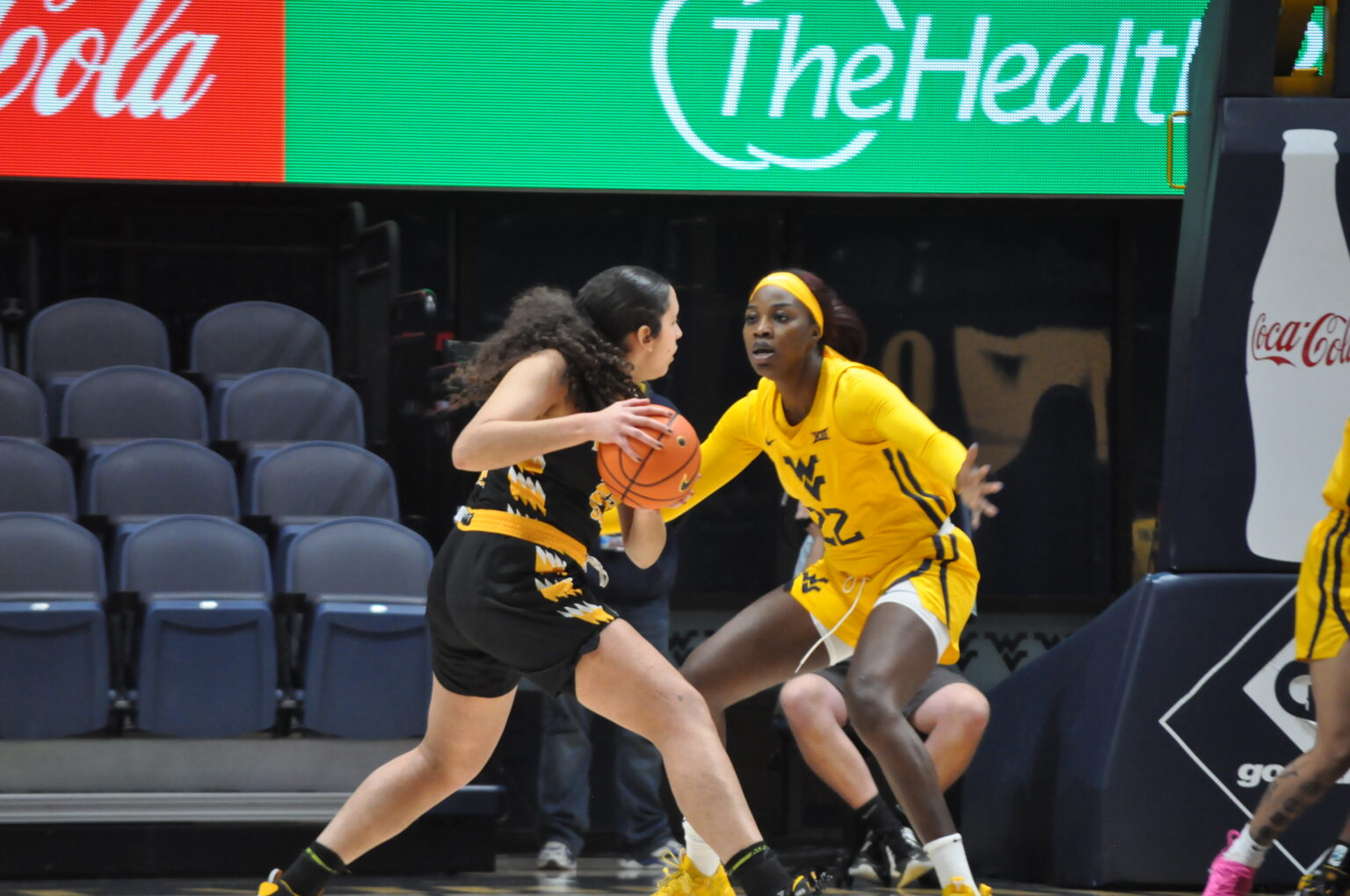 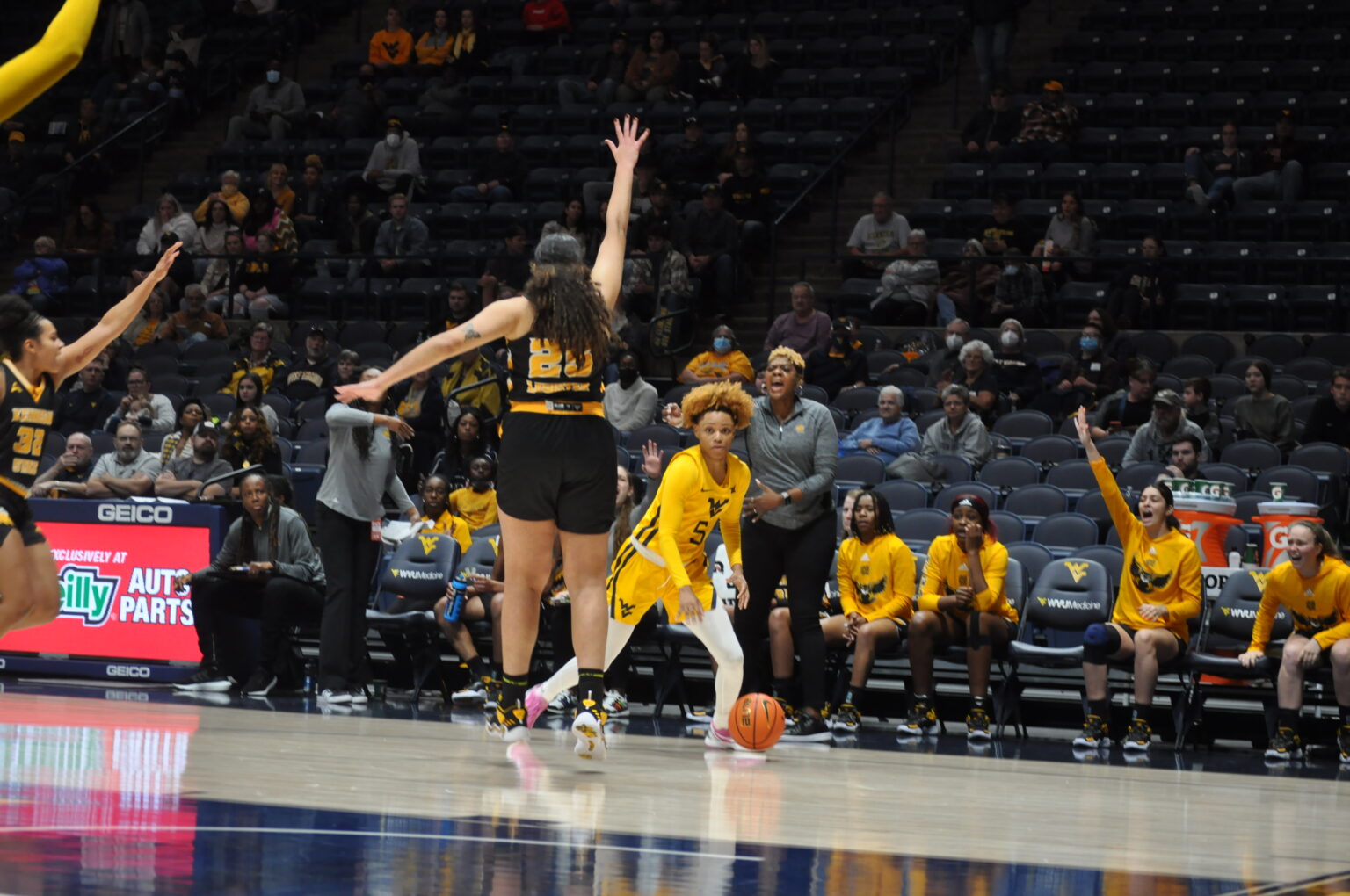 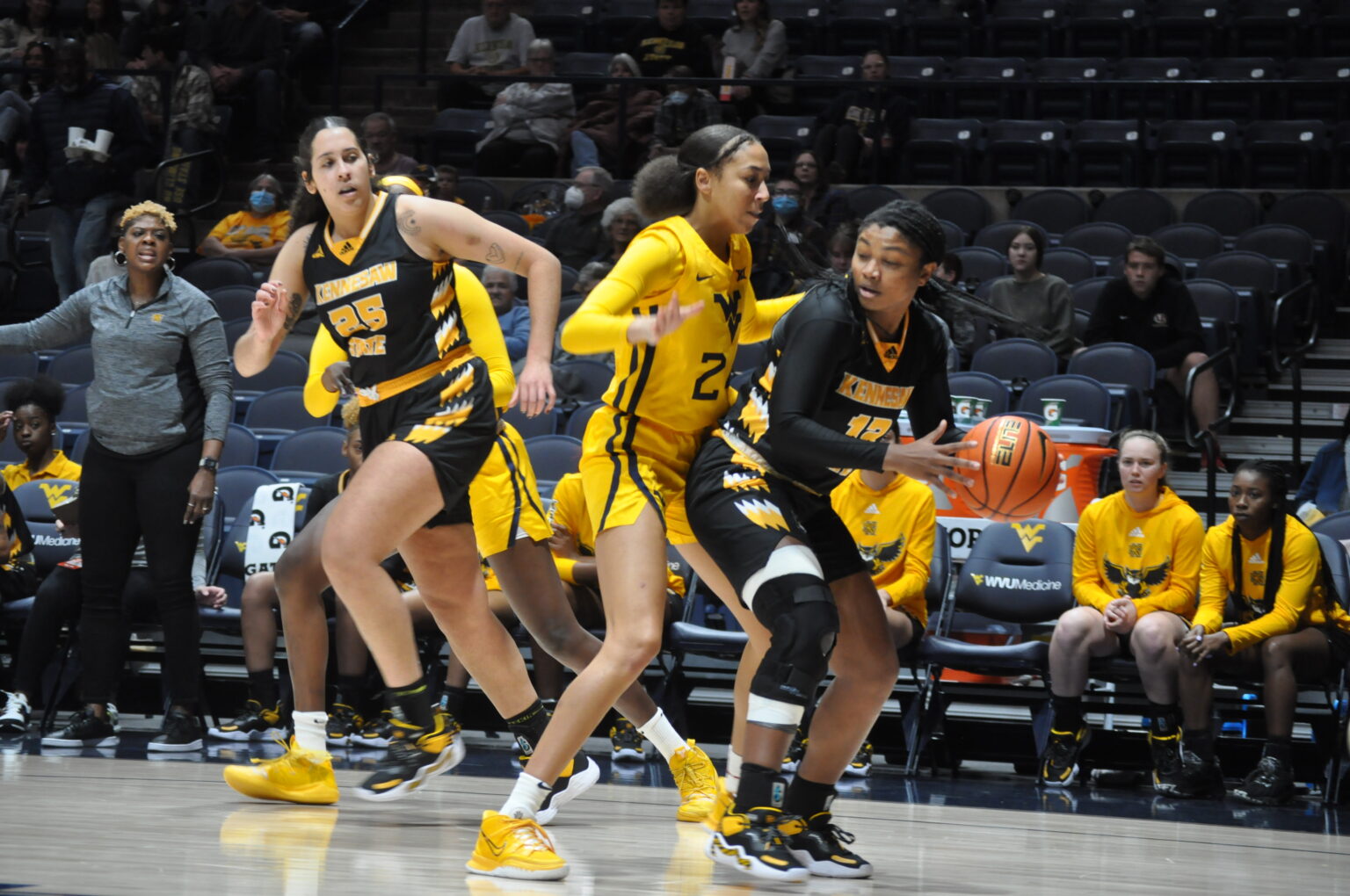 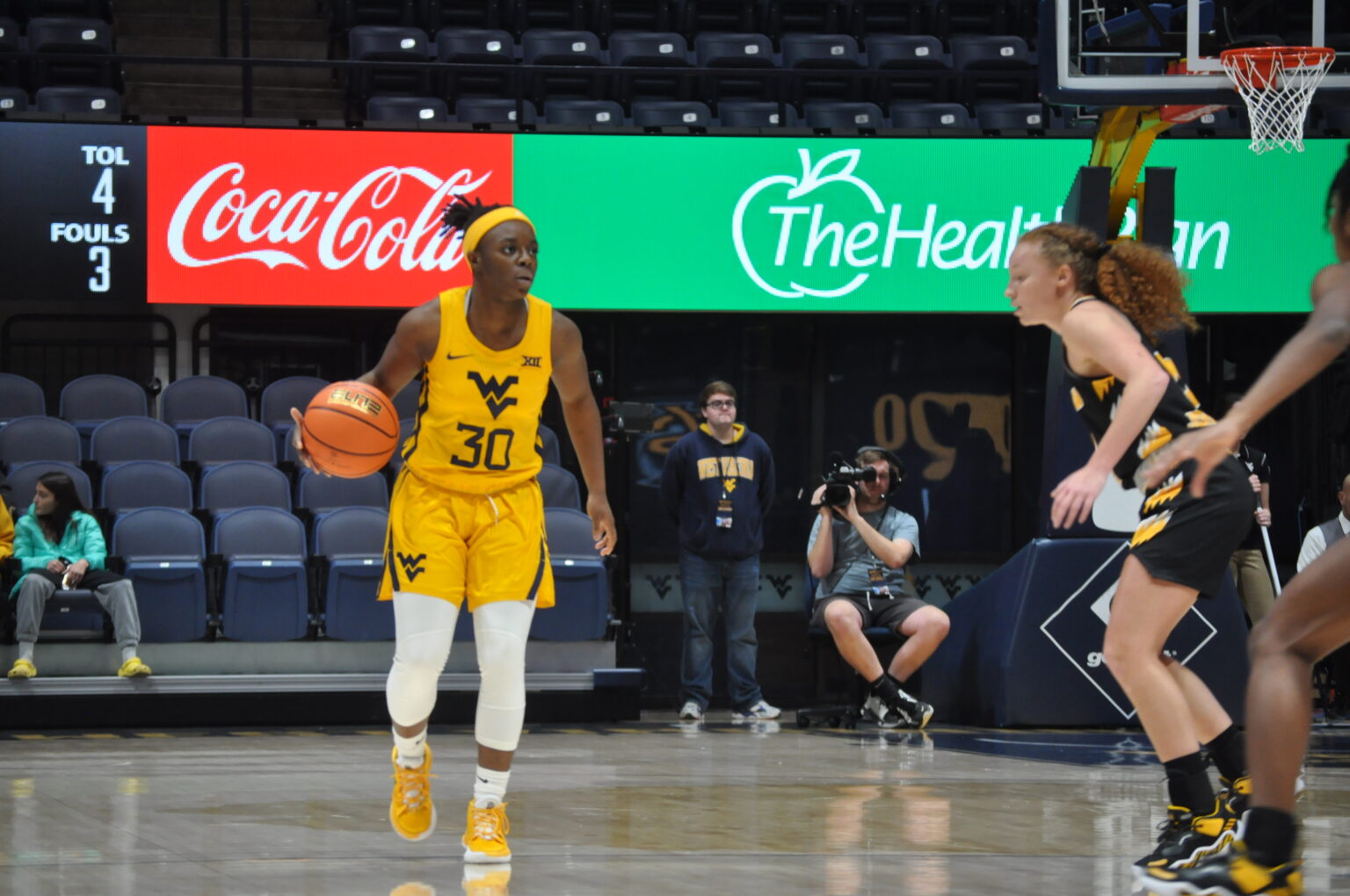 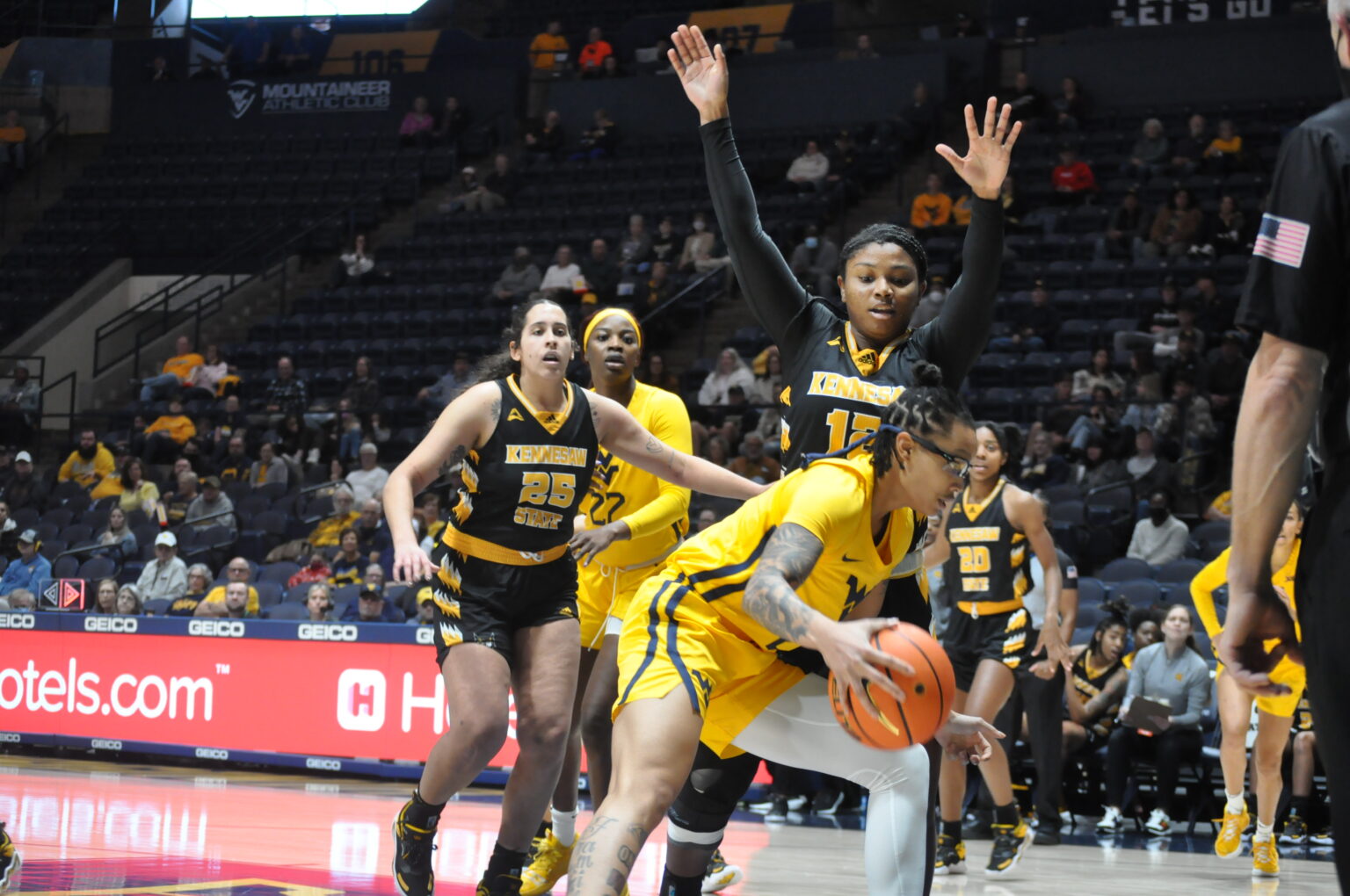 Ari Gray battles in the post. Photo by Greg Carey/WVMetroNews.com 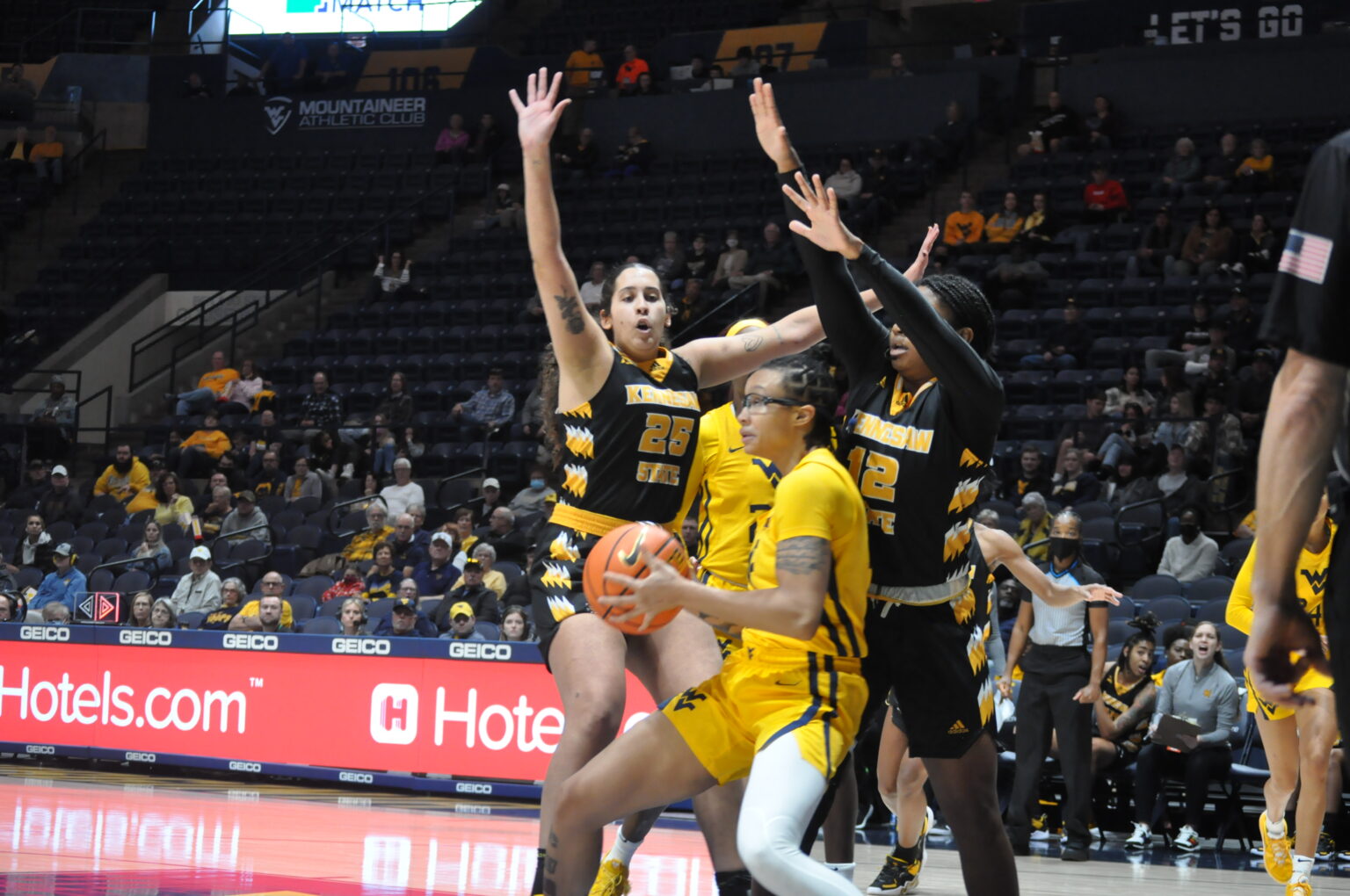 Ari Gray battles in the post. Photo by Greg Carey/WVMetroNews.com

MORGANTOWN, W.Va. — For veteran West Virginia women’s basketball coach Mike Carey, the takeaway from Friday’s 78-58 victory over Kennesaw State was more about what the Mountaineers didn’t do in the first quarter than what they accomplished over the final 30 minutes.

Although No. 22 WVU created second-half separation to win comfortably and improve to 2-0, the game’s first 10 minutes will be the focal point of Carey’s next film session after the Owls made 11-of-15 field-goal attempts and held a 23-21 advantage.

“Some were turnaround jump shots and defended pretty well, but 23 [points] is unbelievable,” Carey said. “The second quarter, they scored seven, because we finally started paying attention to detail. We weren’t ready to play. I could see it before the game. Eventually they’ll start trusting me.”

With a noon start, the Mountaineers were a step slow early on. They kept pace early by out-rebounding the Owls (1-3) by five in the opening period, including five boards from forward Esmery Martinez, whose total was one more than KSU. Martinez also scored seven points in the first quarter, although WVU never led in it and trailed by five on two occasions.

“Basketball players are ready to play. We fed them at 8,” Carey said. “I hope they all didn’t go back to bed until 10. They have to learn from this. It didn’t affect [Kennesaw State]. They took it to us in the first quarter.”

West Virginia’s defensive pressure began to bother Kennesaw State in the second quarter and the Mountaineers held the Owls scoreless for more than half of the frame.

Yamani Paul’s jump shot 4:48 before halftime marked KSU’s first points of the quarter and cut the Owls’ deficit to 27-25.

KSU trailed by four after Julia Rodriguez scored in the paint for its final points of the half, which ended with WVU’s 8-0 spurt for a 42-30 lead at the intermission.

The surge to end the half featured a layup and 3-pointer by Jasmine Carson and culminated with KK Deans’ triple 4 seconds before the break.

“We came out a little slow,” Deans said. “Teams like that are always scrappy and play hard, and we just have keep our composure and play how we know how to play.”

“We came out sluggish,” Carson added. “It’s an early game, but that’s not an excuse. We just have to pick it up throughout the game.”

While WVU made 6-of-18 shots in the second quarter, KSU connected on only 3-of-13 field-goal attempts and had five turnovers to the Mountaineers’ one.

KSU scored seven of the first nine points in the second half to close to within seven, before WVU put the game out of reach over the final 6 minutes of the period.

Carson’s triple was the start of a 21-4 Mountaineer run to end the quarter. Six WVU players scored during what proved to be a game-altering stretch. Xavier transfer Ari Gray had six of her nine points over the latter half of the third quarter, while freshman guard JJ Quinerly scored both of her field goals in that time.

After taking a 65-43 lead into the fourth quarter, the Mountaineers’ advantage grew as high as 76-45 with 6:06 to play on Kari Niblack’s second-chance basket.

That proved to be WVU’s last field goal and the Owls closed the contest on a 13-2 run.

Martinez had a double double of 13 points and a game-high 12 rebounds, while Carson made four triples off the bench to score a team-high 14 points.

“It’s about staying consistent and knowing what I bring to the table, providing energy for my teammates,” Carson said.

Deans added 12 points and seven assists in the win.

Amani Johnson was the Owls’ top scorer with 14 points. Alexis Poole had eight points and eight rebounds in the setback.

WVU got 33 points from its bench and forced 23 turnovers, but committed 17 miscues of its own.

“We had way too many turnovers,” Carey said. “We didn’t create enough turnovers. We just were a step slow. We played a lot of people, so I don’t understand why we’re a step slow.”

West Virginia returns to action at 2 p.m. Sunday when it welcomes Radford for its third game in six days.

“We have another game Sunday, and we have one day to prepare,” Carey said. “Hopefully, we come out and play quicker than we did today.”