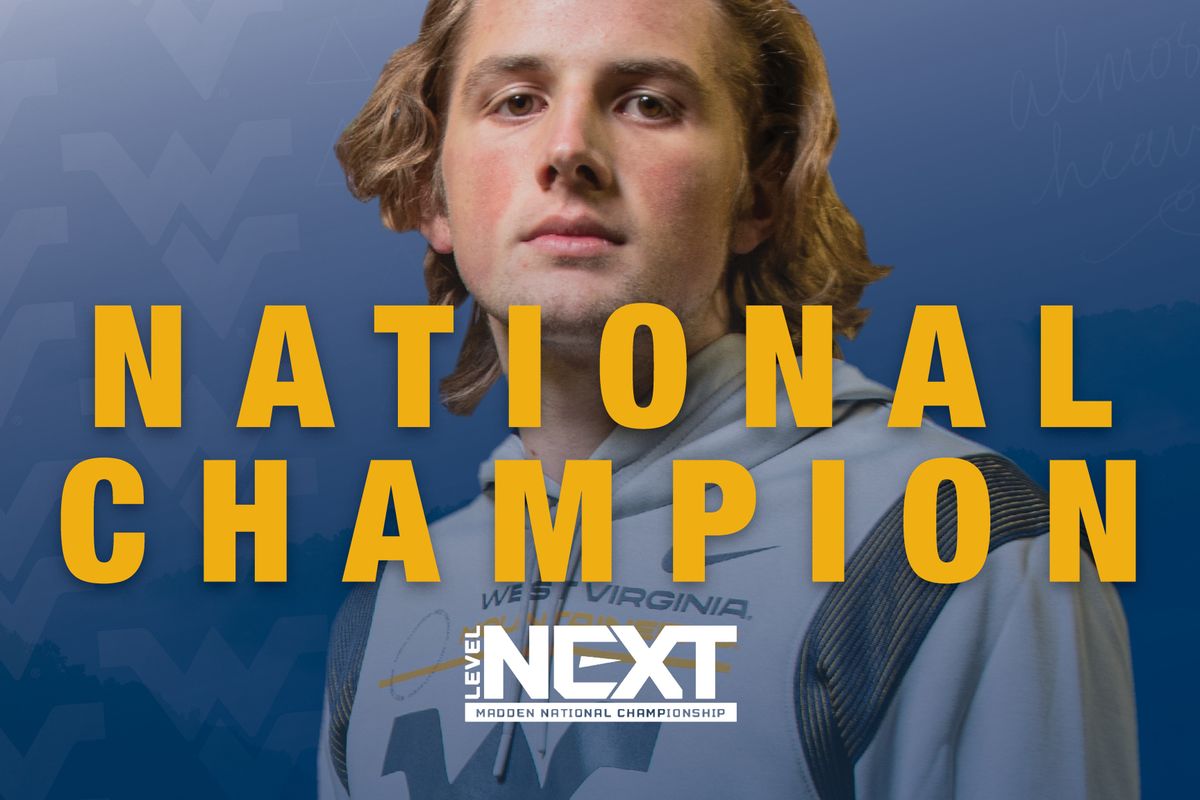 Noah Johnson, a WVU economics major from Baltimore, Maryland, made a statement for the young program Thursday night by winning Level Next Madden National Championship.

“Noah winning the National Championship and also going undefeated is setting the precedent for what we’re building at WVU in Morgantown,” Josh Steger, director of WVU esports and varsity coach, said in a release.

Johnson, last year’s runner-up in Collegiate Madden while at Maryland, advanced to the winner’s bracket as a Mountaineer Wednesday with a last-second field goal to beat Weber State, 17-14, WVU said.

Johnson then beat Weber State again in the championship game, 23-21, winning a prize of $25,000 by converting a 4th and 10 play to maintain possession of the ball and run out the clock for the win. In the semifinal, Johnson beat Oregon 31-14.

WVU said Esports is currently holding tryouts for competition to start in the spring for Call of Duty, Rocket League and Valorant.

Recruiting also continues for the 2022-2023 season. Potential scholarships are available to interested players in League of Legends along with Rocket League, Valorant and Call of Duty, a release said.

The Fall 2022 season will coincide with the launch of a esports minor at WVU.

On Friday, Johnson will be switching gears and competing on the professional level in the Ultimate Thanksgiving Madden Championship Series as the No. 4 ranked Madden NFL 22 player in the world.