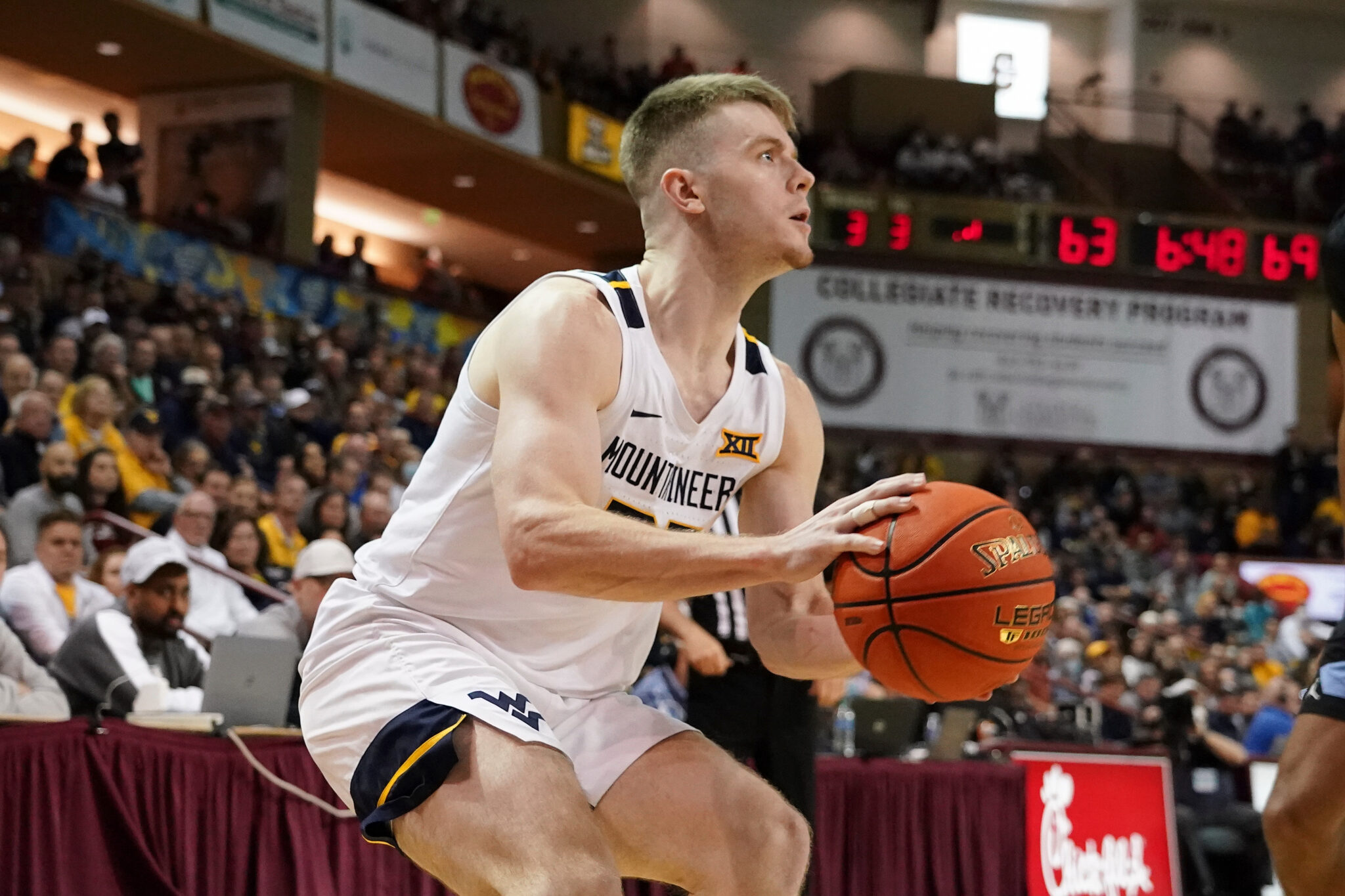 West Virginia guard Sean McNeil (22) spots up to the ball against the Marquette Golden Eagles in the second half at TD Arena. Mandatory Credit: David Yeazell-USA TODAY Sports

West Virginia fell apart in the second half of Friday’s matchup with Marquette. As a result, the Mountaineers suffered their first loss of the season 82-71 in the Shriners Children’s Charleston Classic at TD Arena.

The Golden Eagles (5-0) erased a 12-point halftime deficit by shooting 64 percent over the final 20 minutes, including 8-of-13 from 3-point range.

“We got straight-lined by whoever touched it,” WVU coach Bob Huggins said. “We stood around. How many times did they drive it to the goal and maybe one of our guys got there to stop the guy and the rest of the guys just stood there and looked?”

West Virginia (3-1) scored 47 points in the opening half after making 18-of-31 field-goal attempts and 5-of-7 triples, but the Mountaineers went ice cold after the break and made 9-of-33 shots and only 2-of-12 tries from beyond the arc.

West Virginia did not trail for the final 12:02 of the opening half and its largest lead was 47-33 late in the first half.

The Mountaineers held a 50-37 advantage after a Jalen Bridges triple 2:03 into the second half.

Instead, Marquette used a 10-3 spurt over the next 4:22 to take complete control of the contest and held a 74-66 lead after Oso Ighodaro’s layup.

West Virginia never got the deficit inside five down the stretch.

Tyler Kolek led the Golden Eagles with 18 points, while Justin Lewis added 17 in the win. Kam Jones scored all 12 of his points after halftime on four 3s for MU.

WVU guard Taz Sherman scored 14 of his team-high 21 points in the first half.

McNeil added 12 points and Bridges scored 11 in the loss.

The Mountaineers now play Clemson at 5 p.m. Sunday in their third and final game at the Children’s Classic.