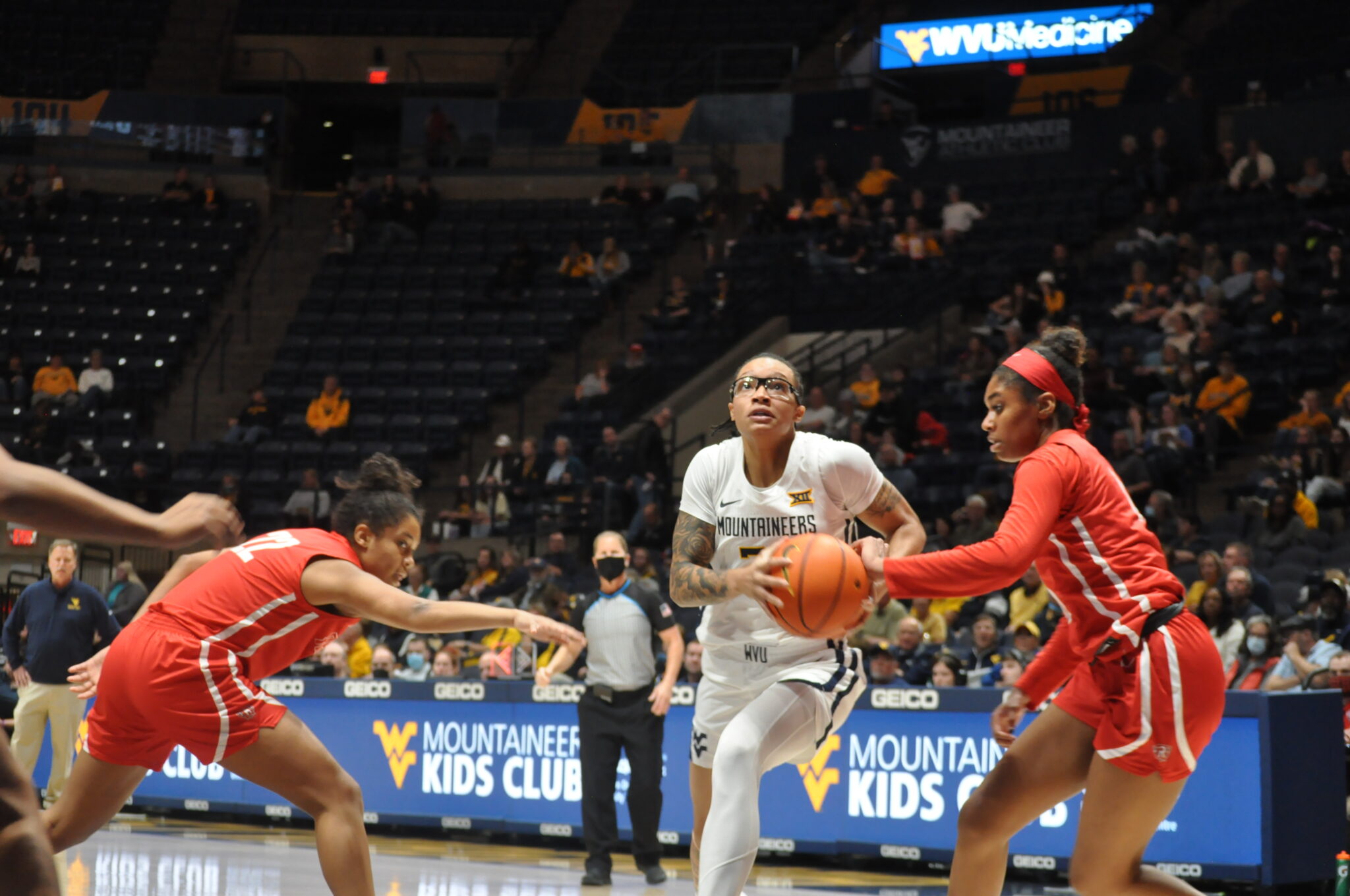 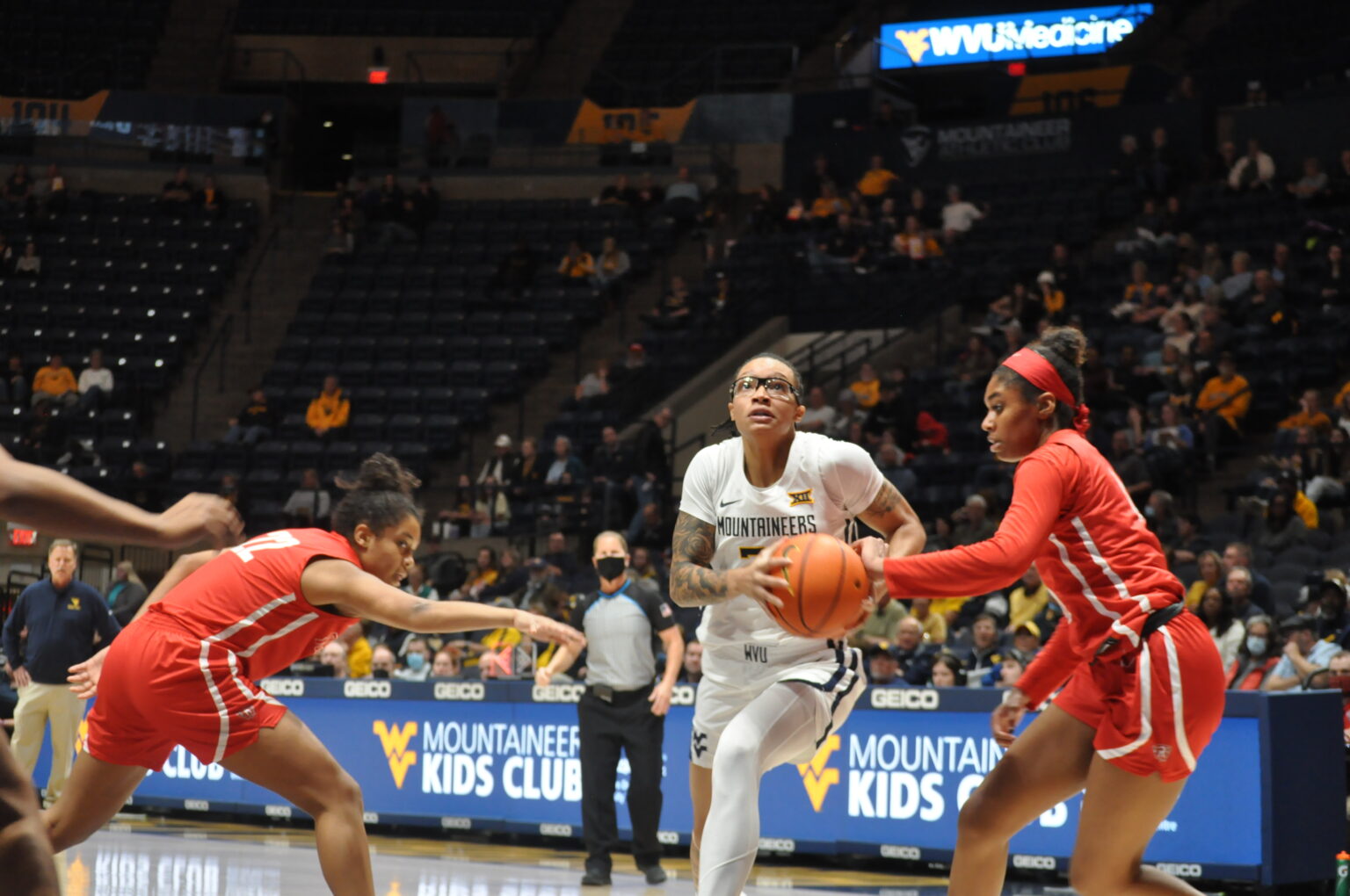 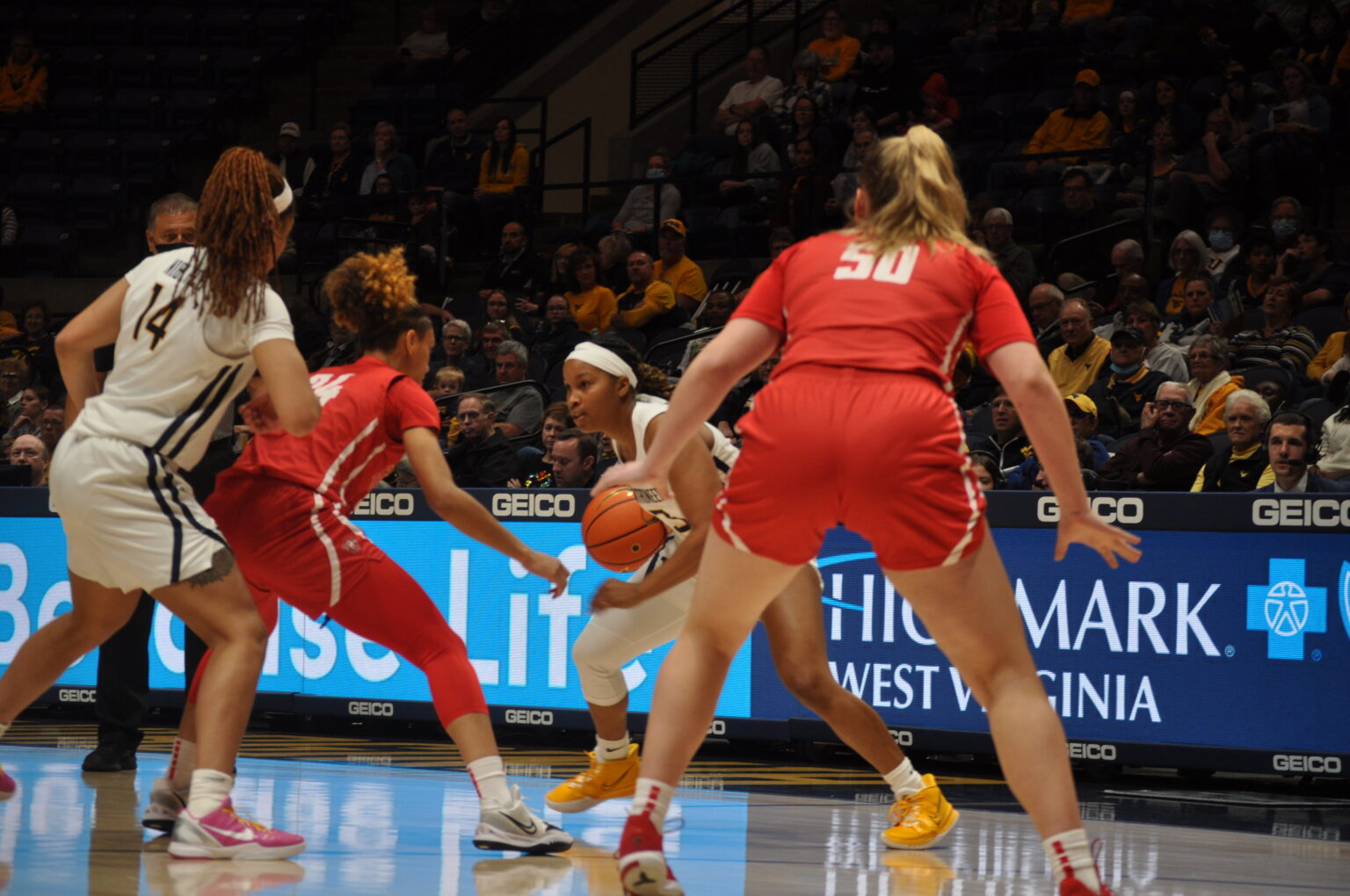 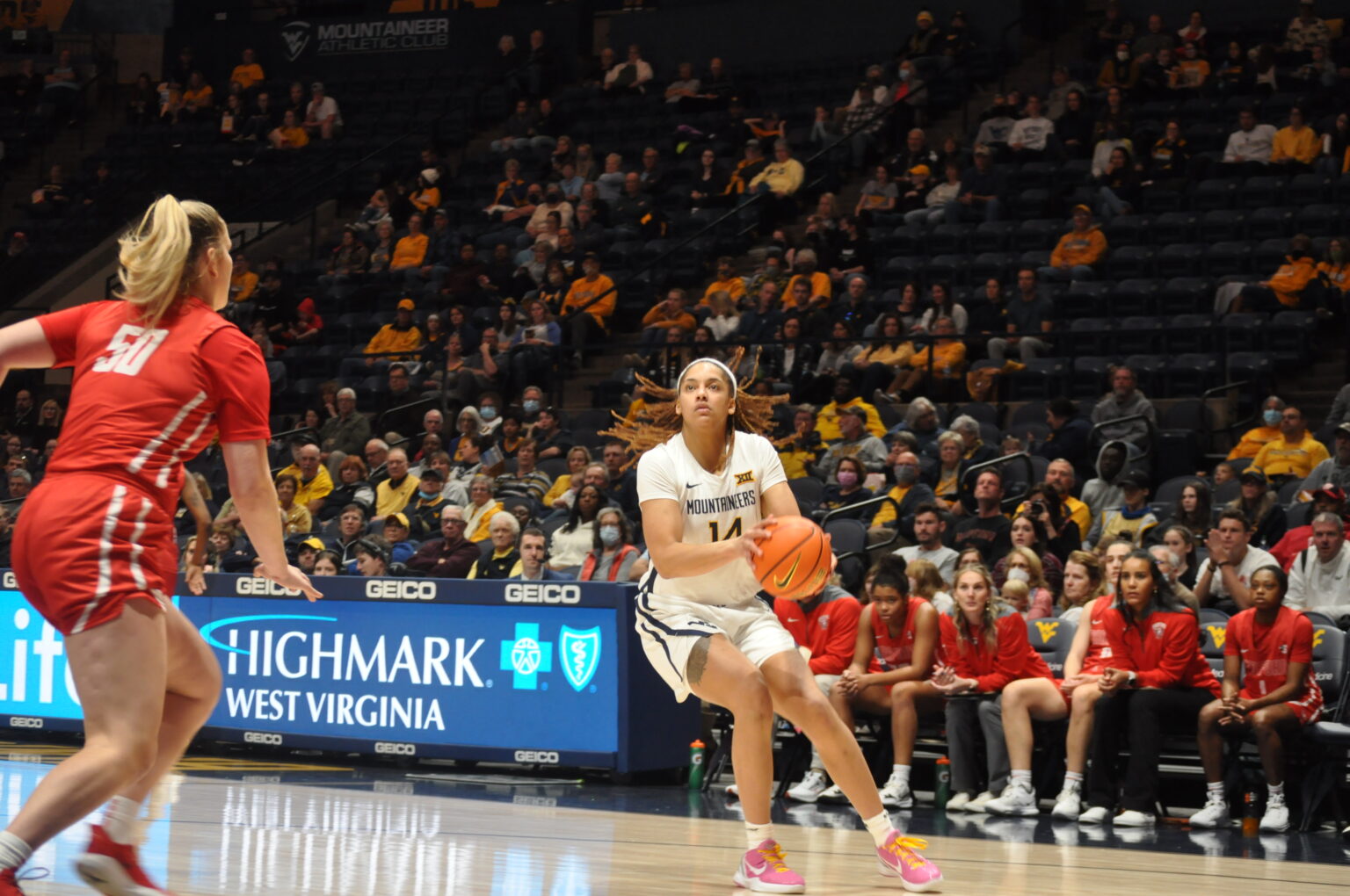 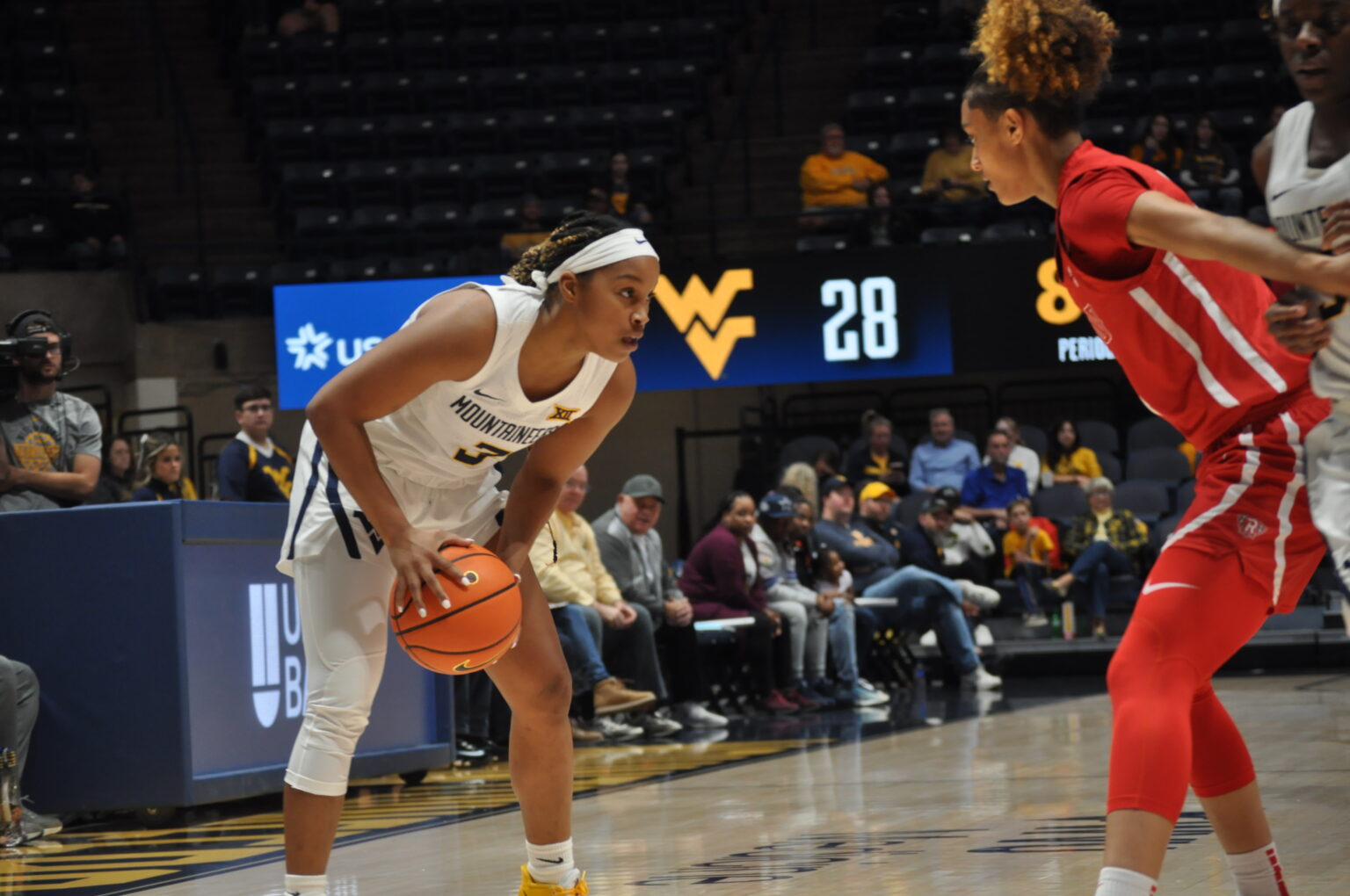 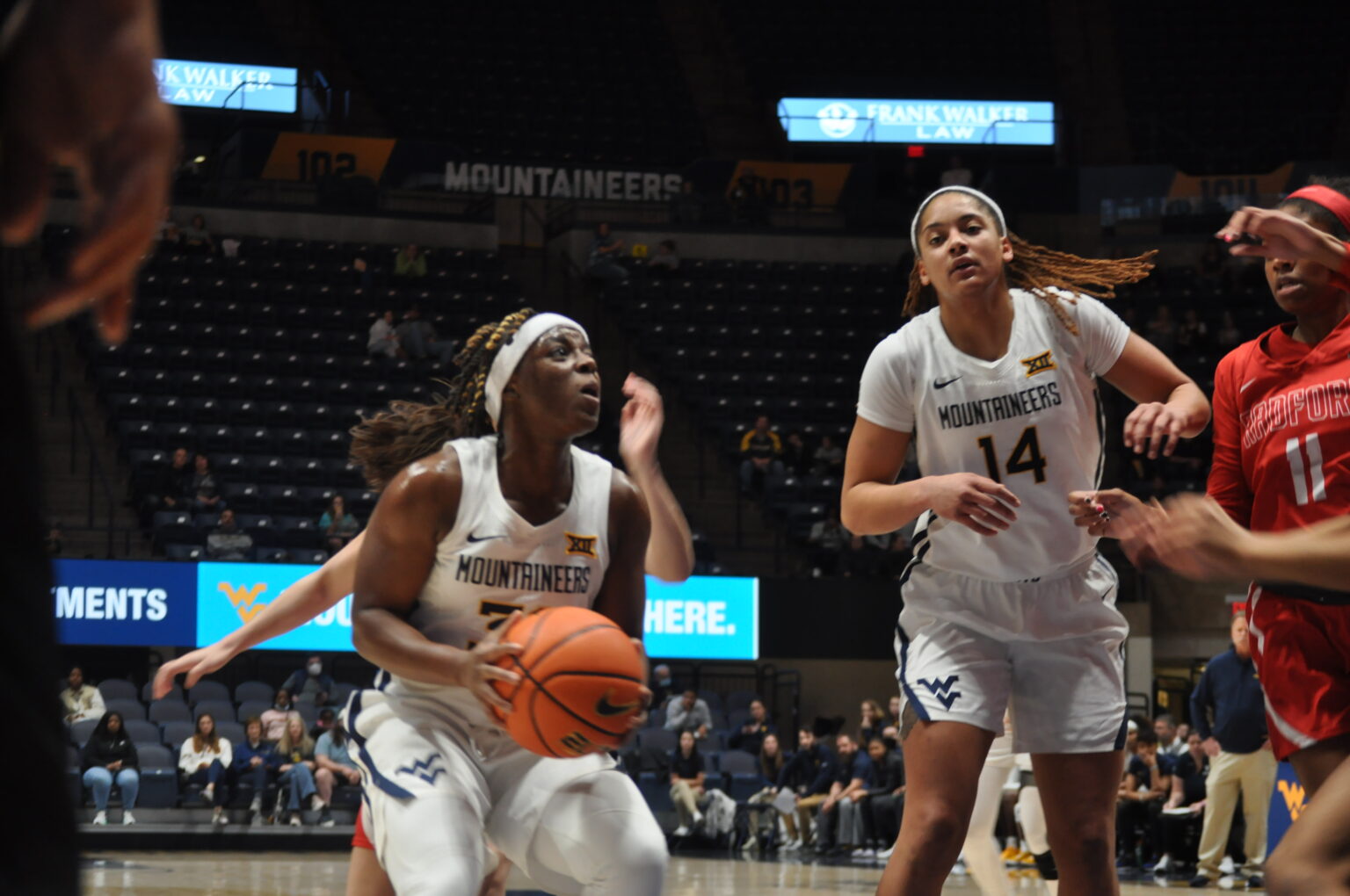 Madisen Smith makes a move inside. Photo by Greg Carey/WVMetroNews.com 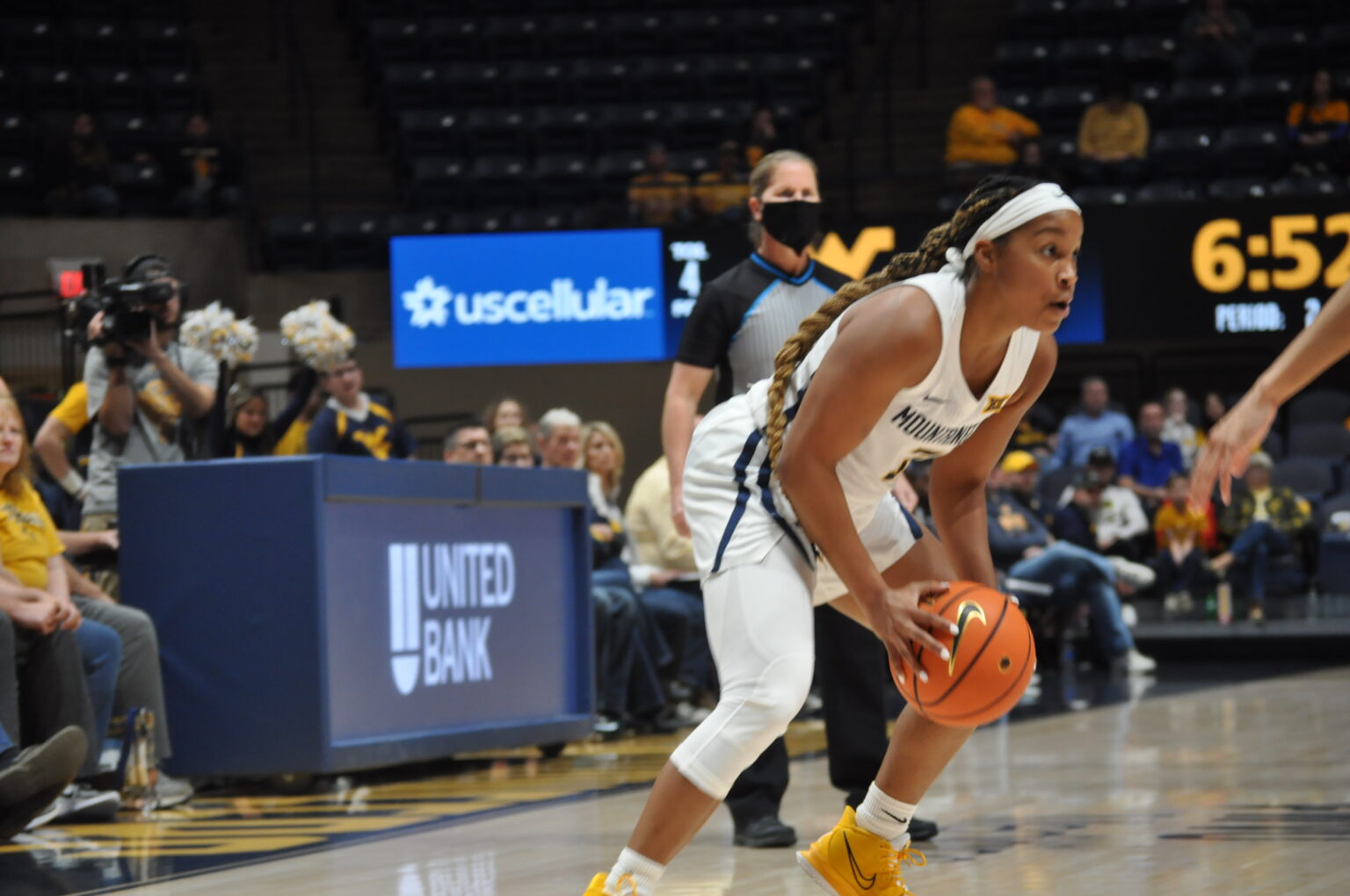 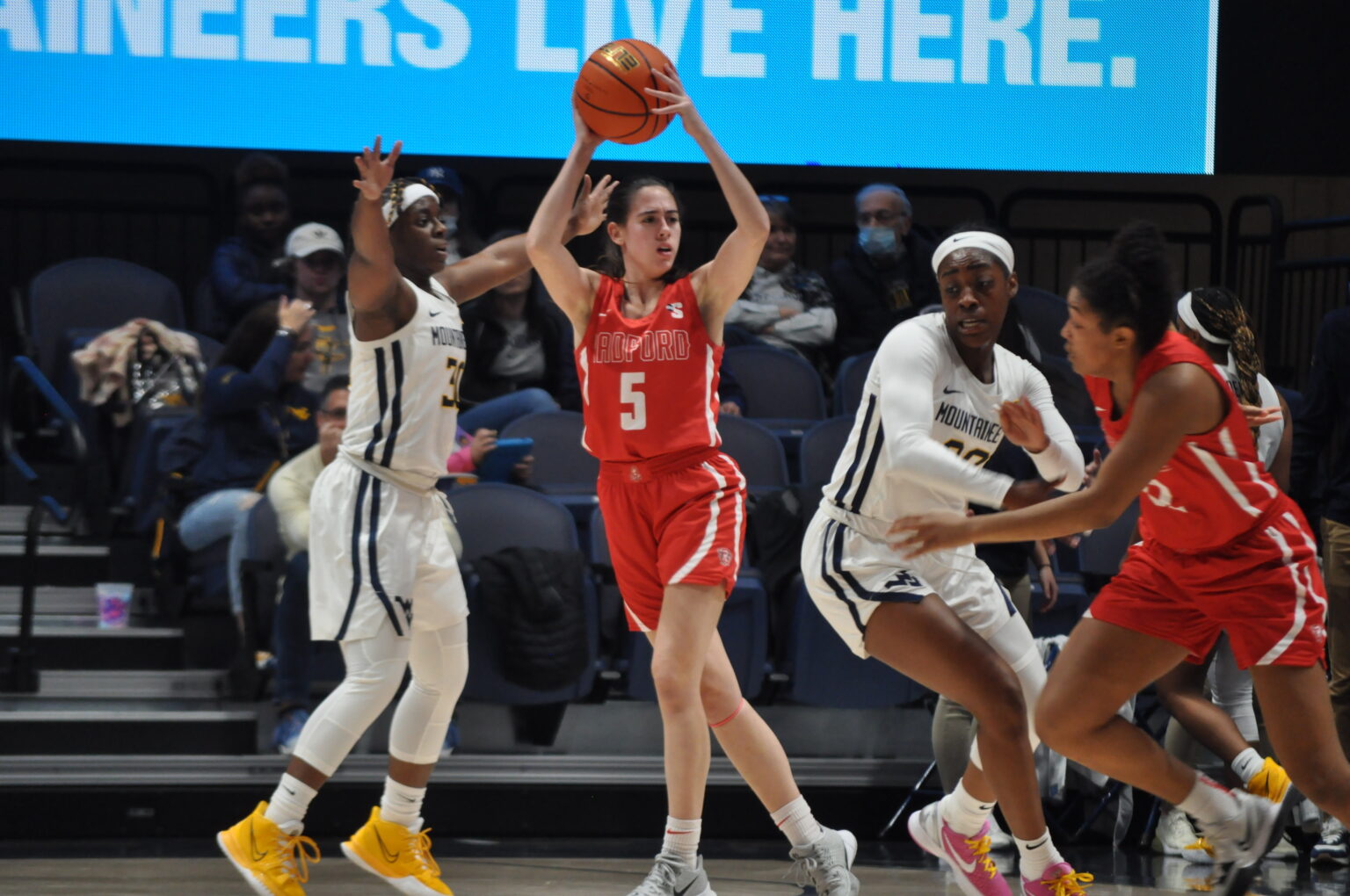 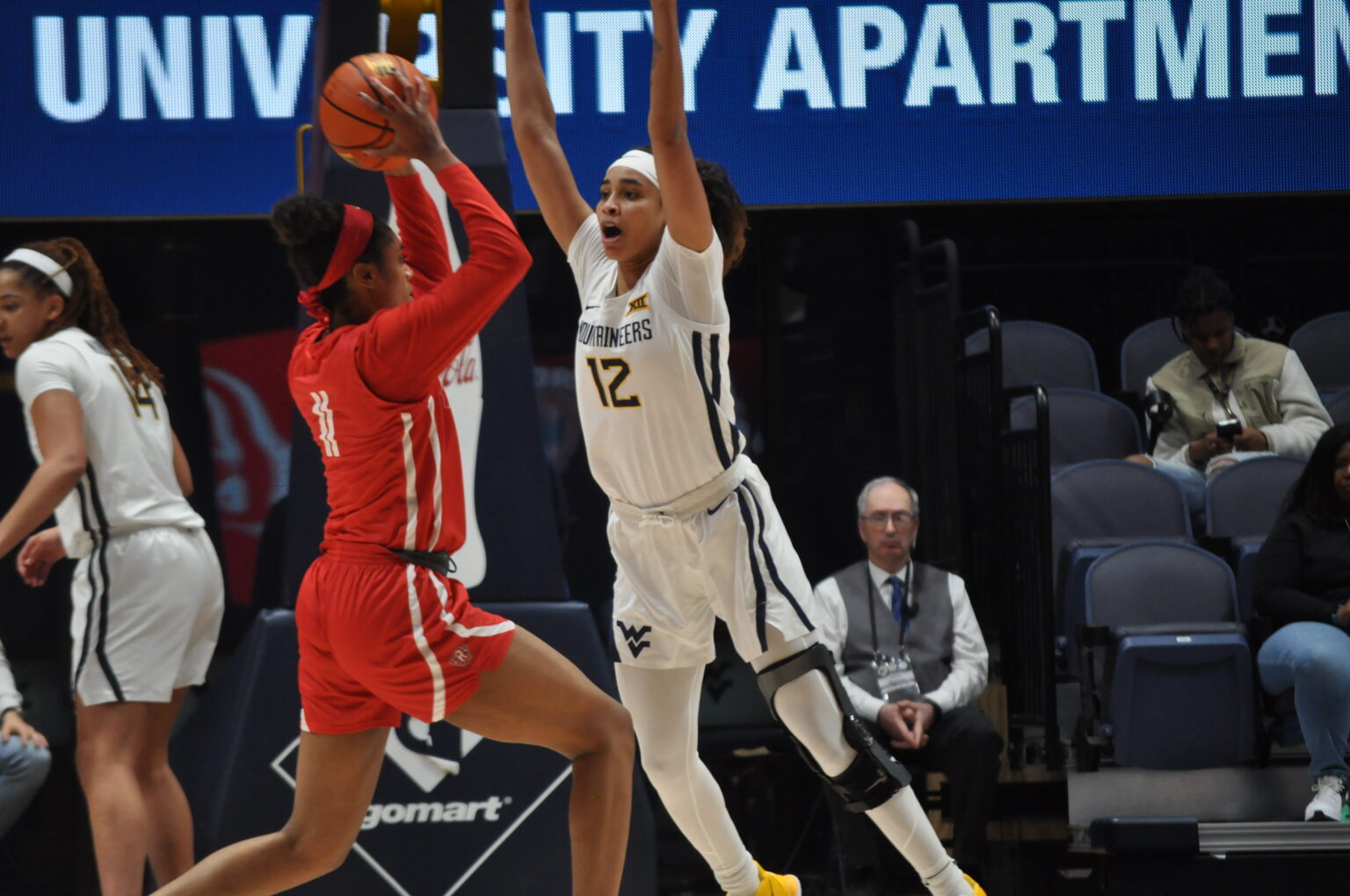 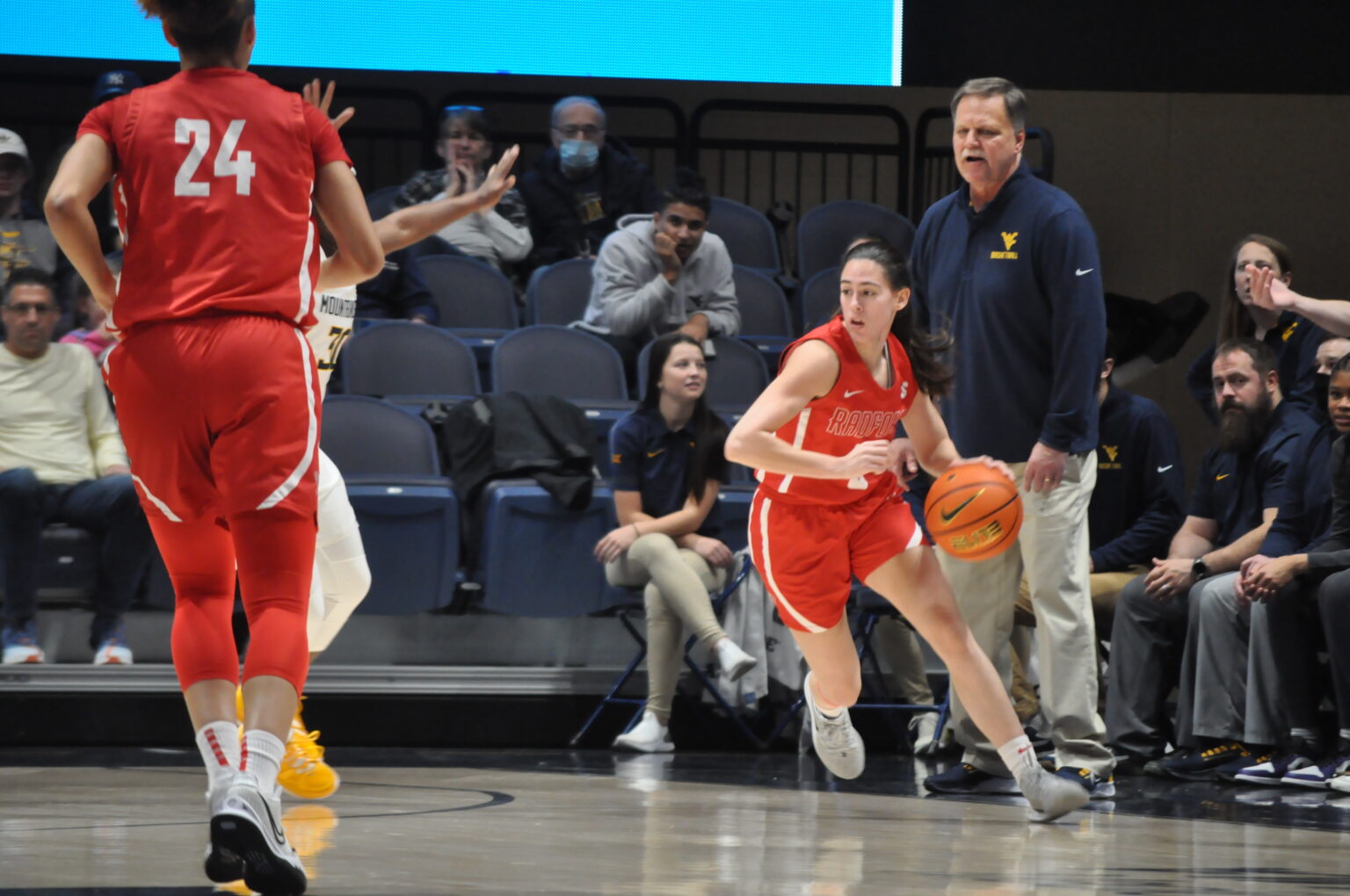 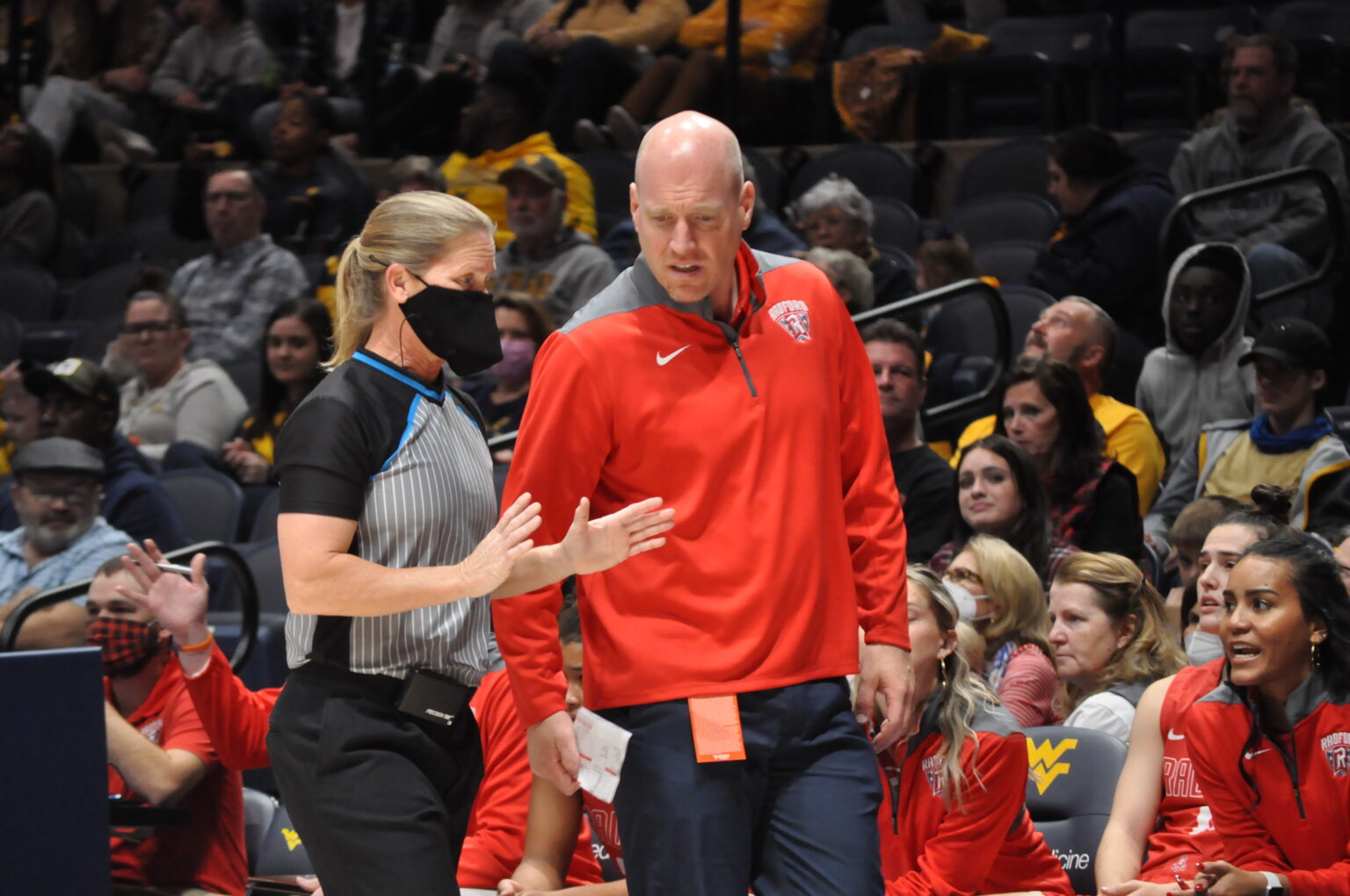 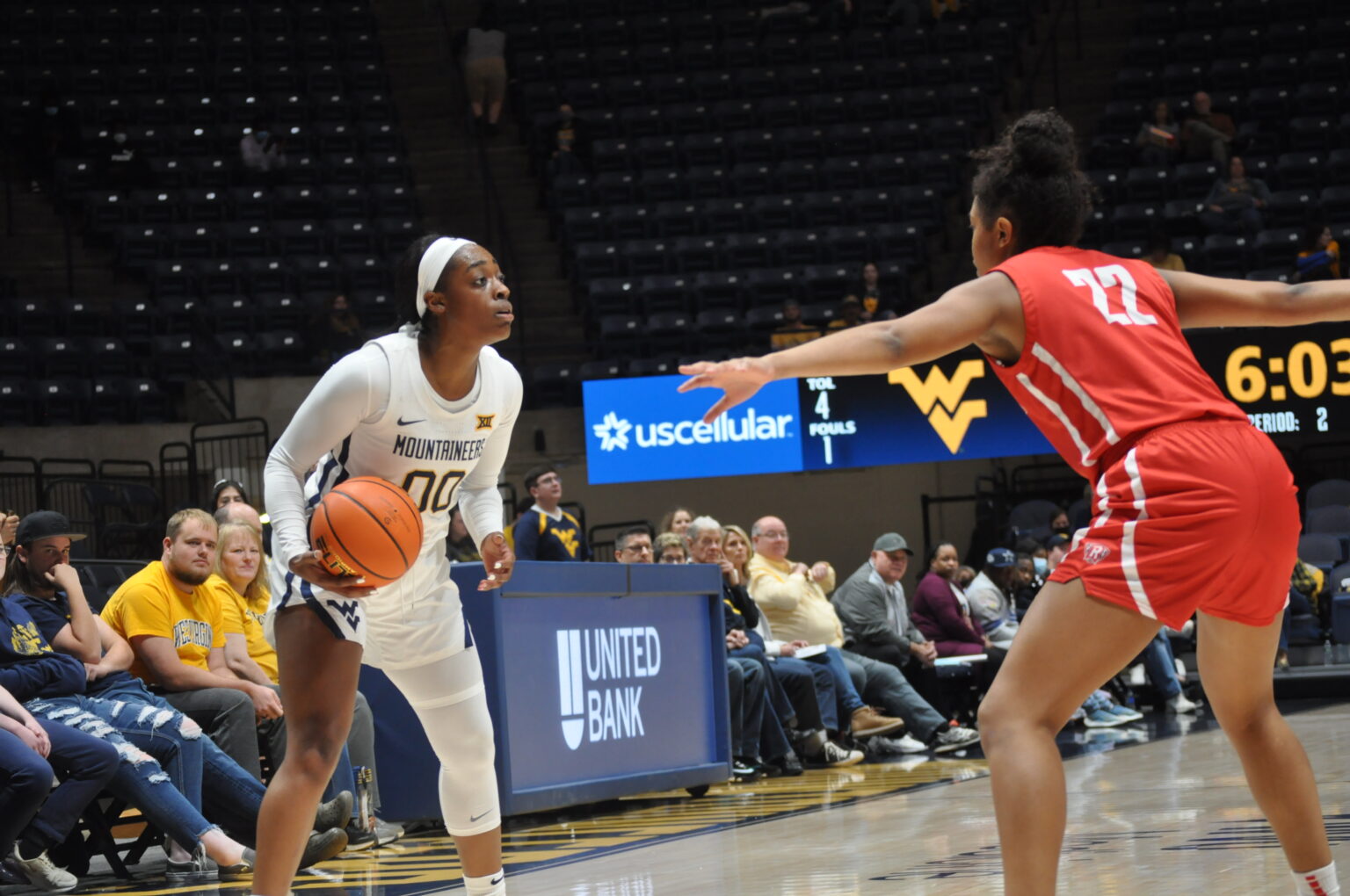 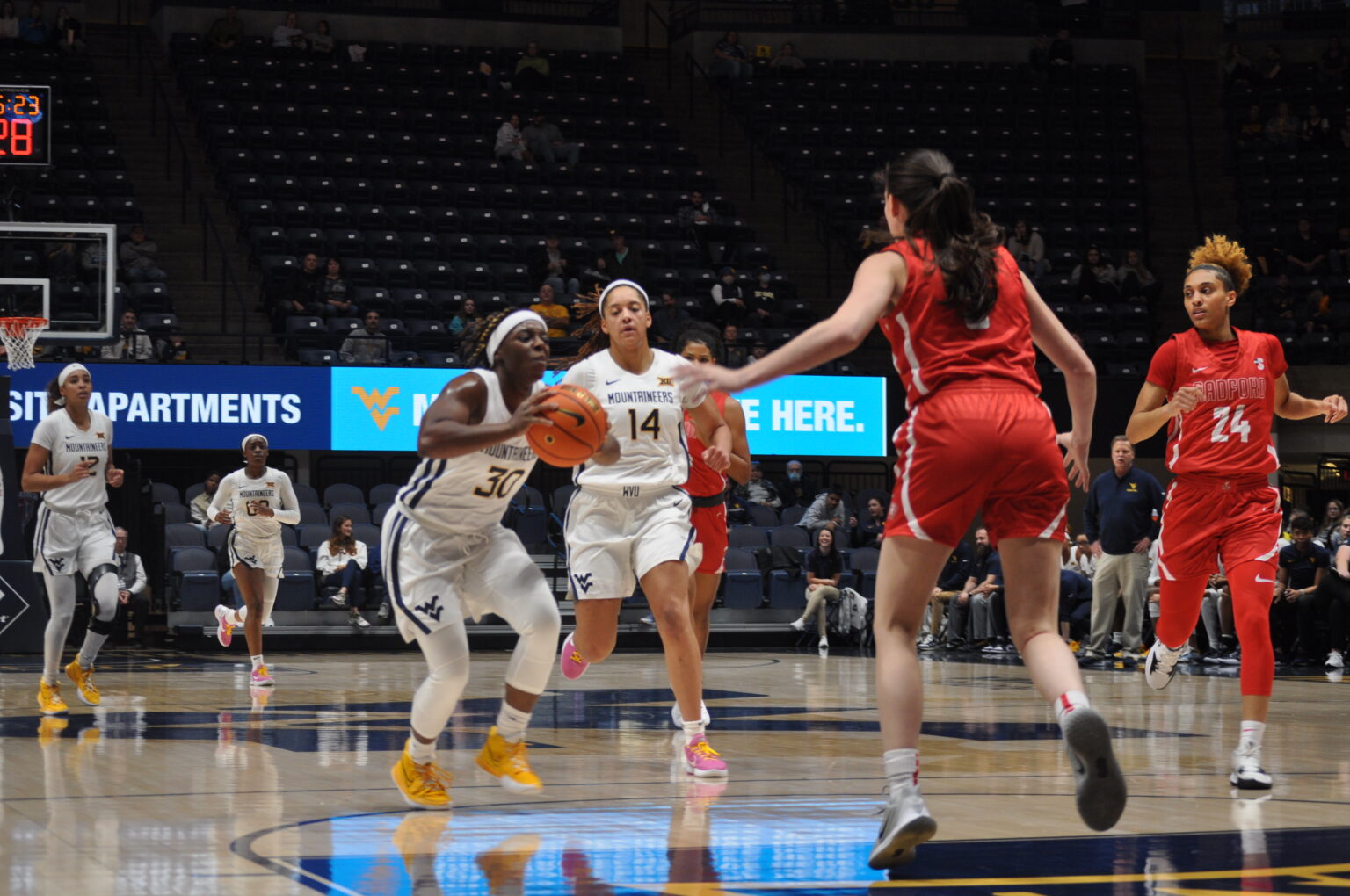 Madisen Smith looks for a teammate. Photo by Greg Carey/WVMetroNews.com 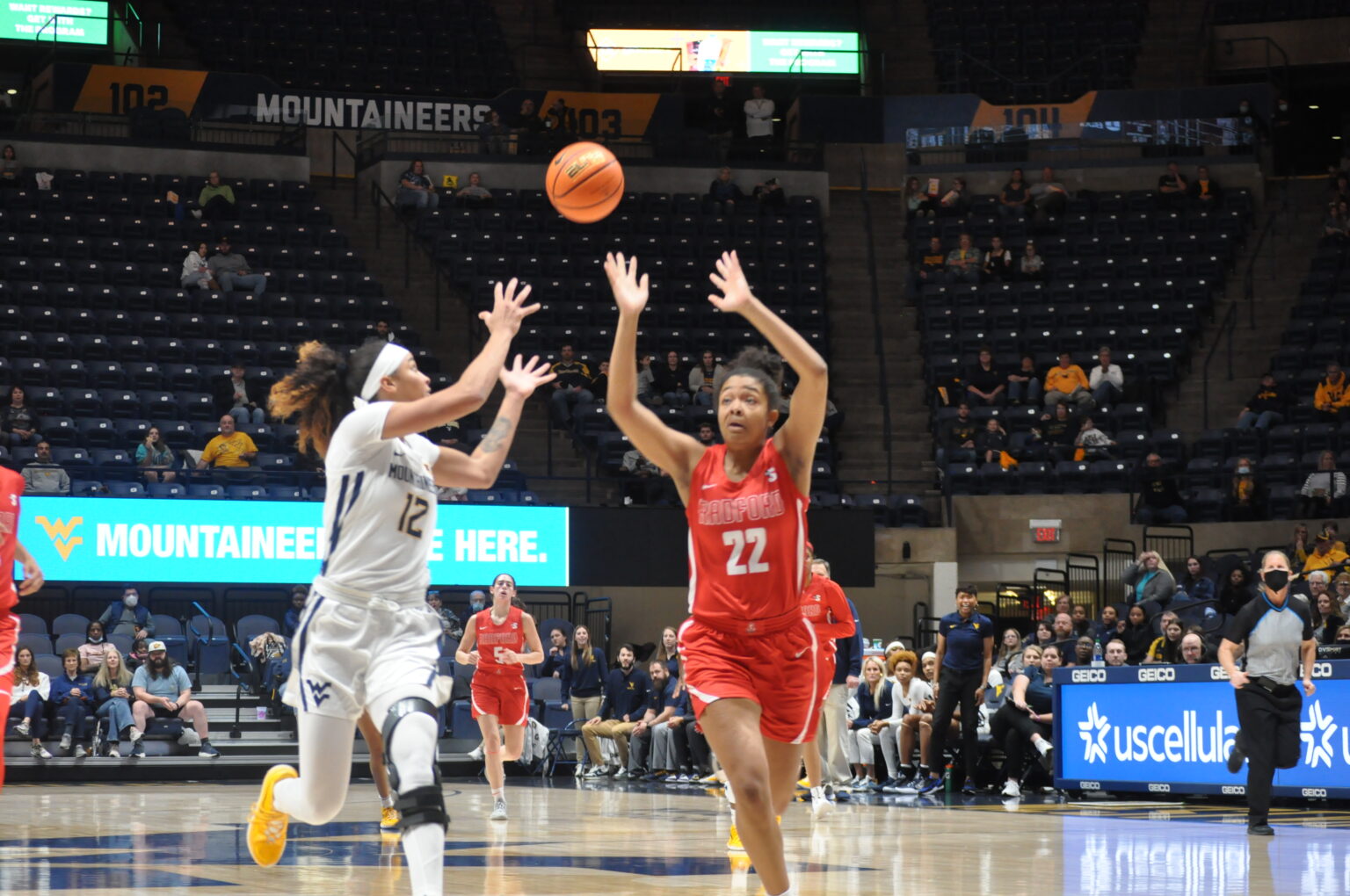 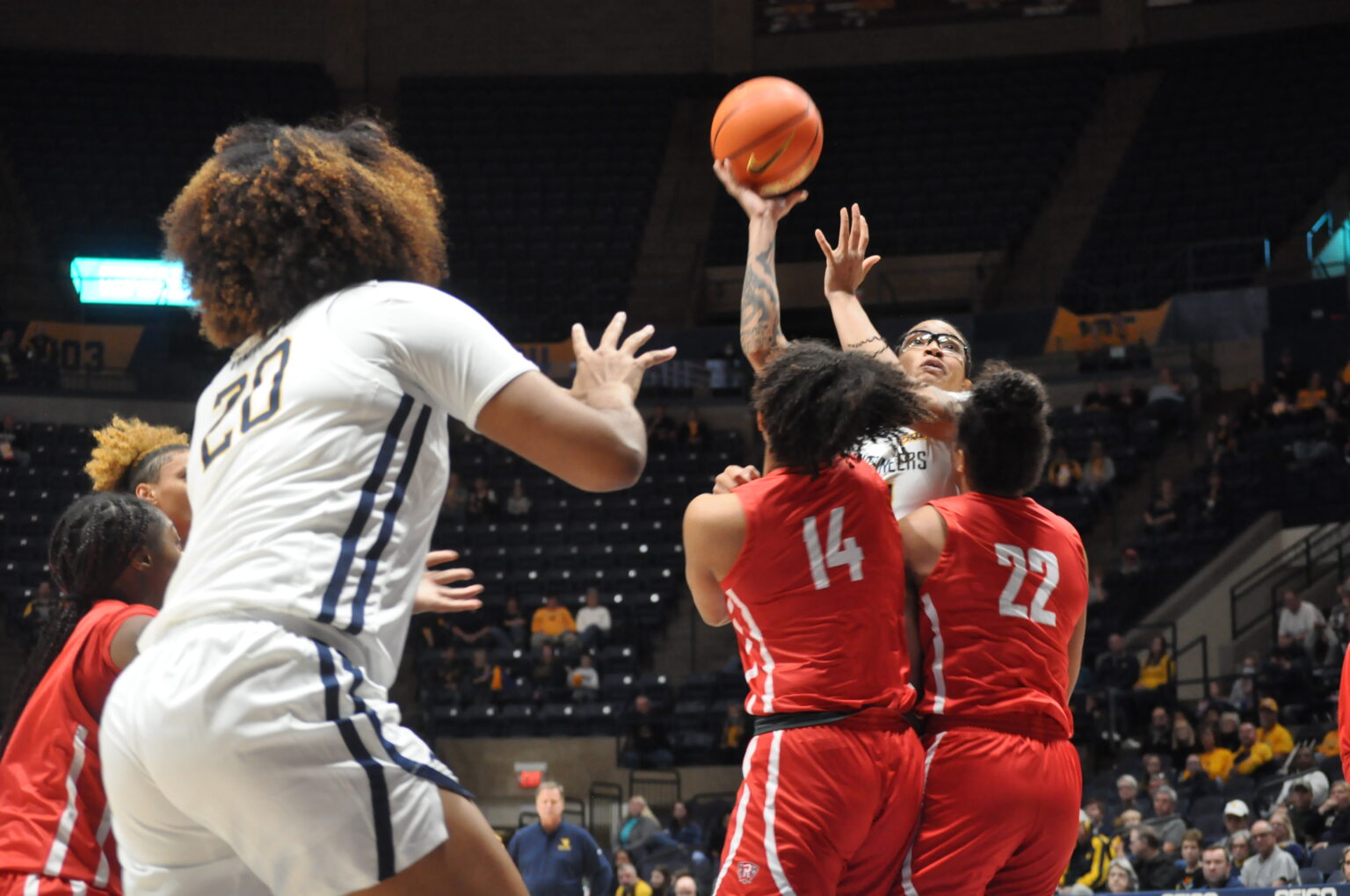 Ari Gray rises for a shot. Photo by Greg Carey/WVMetroNews.com 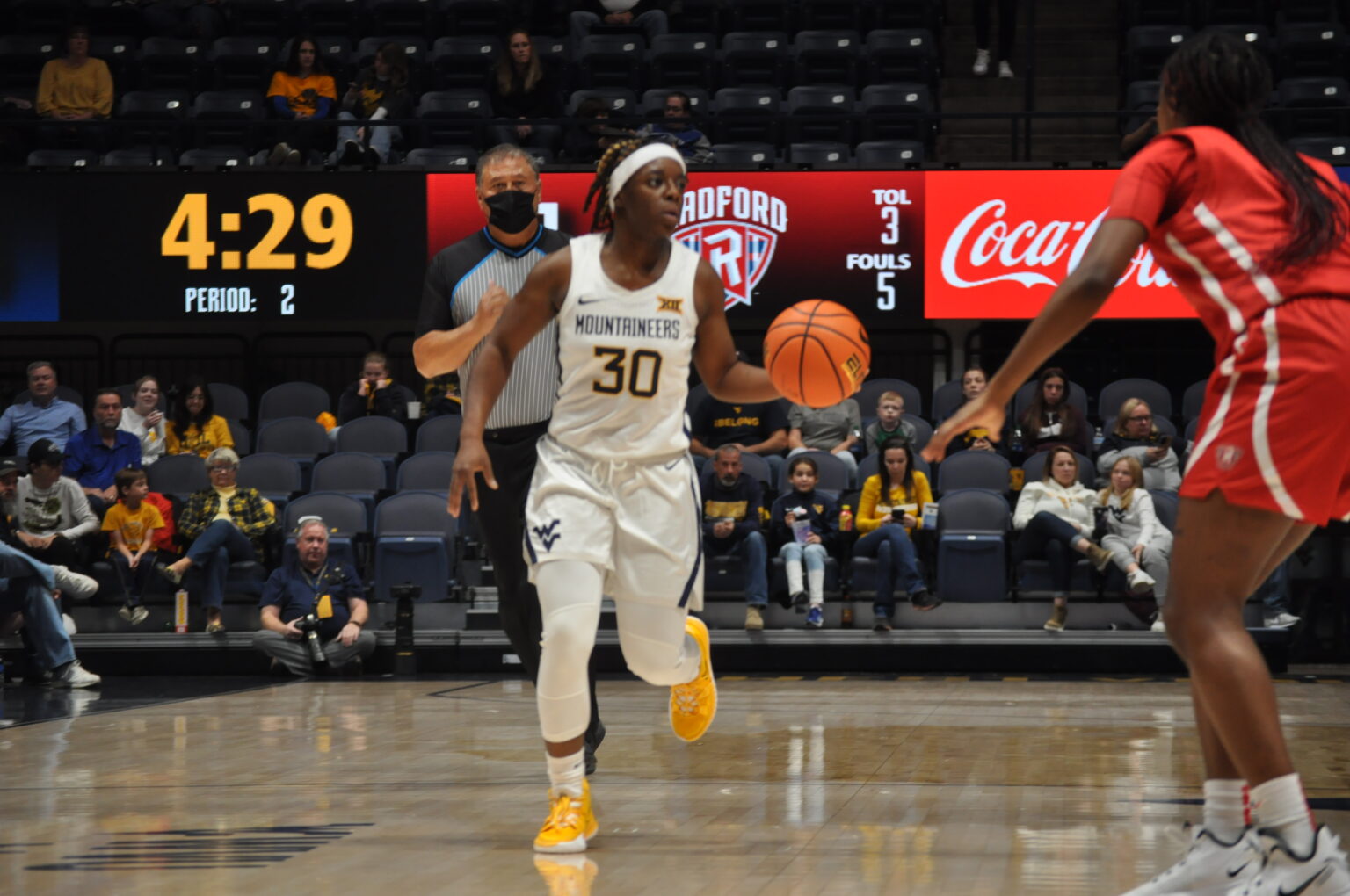 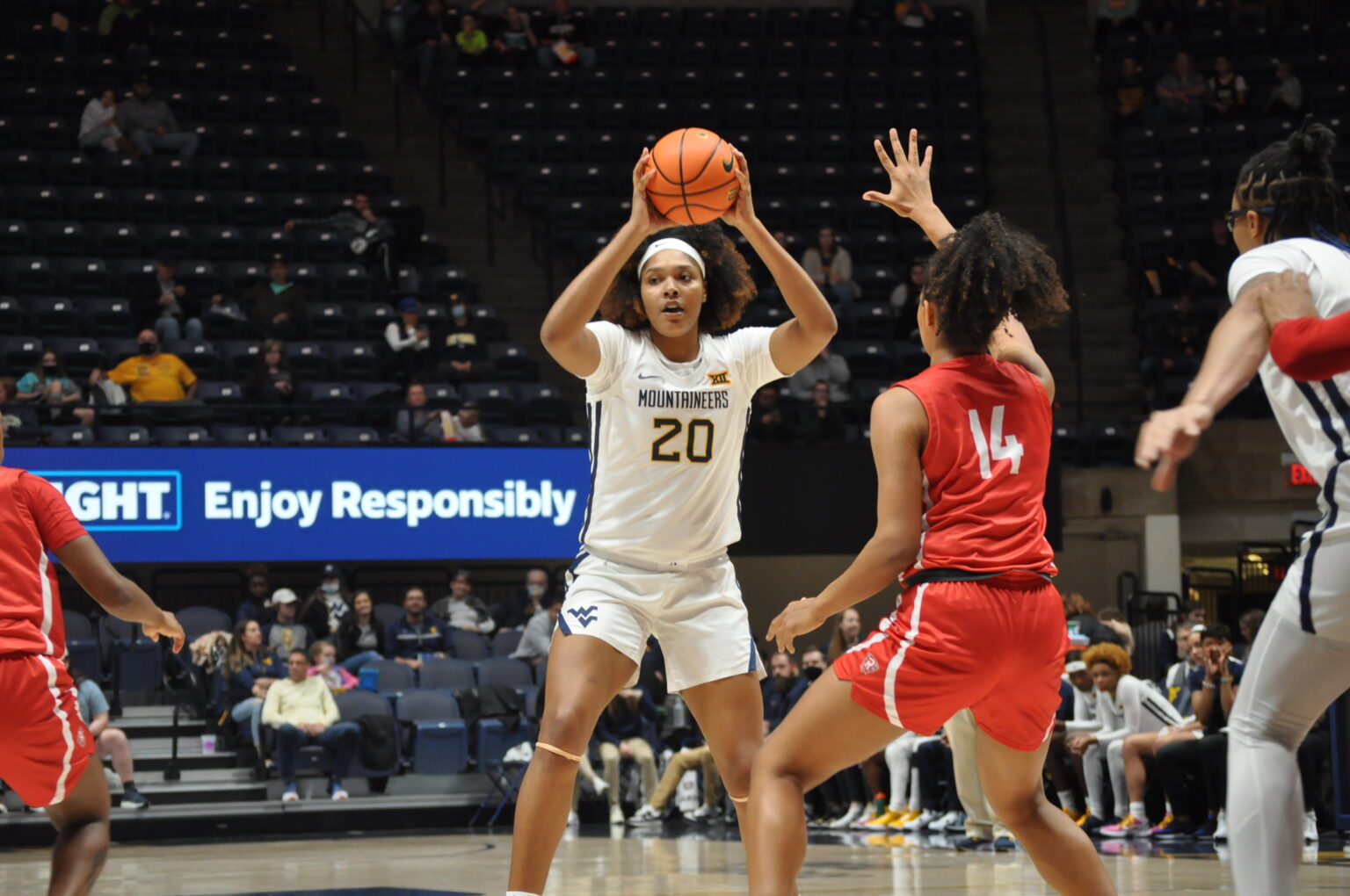 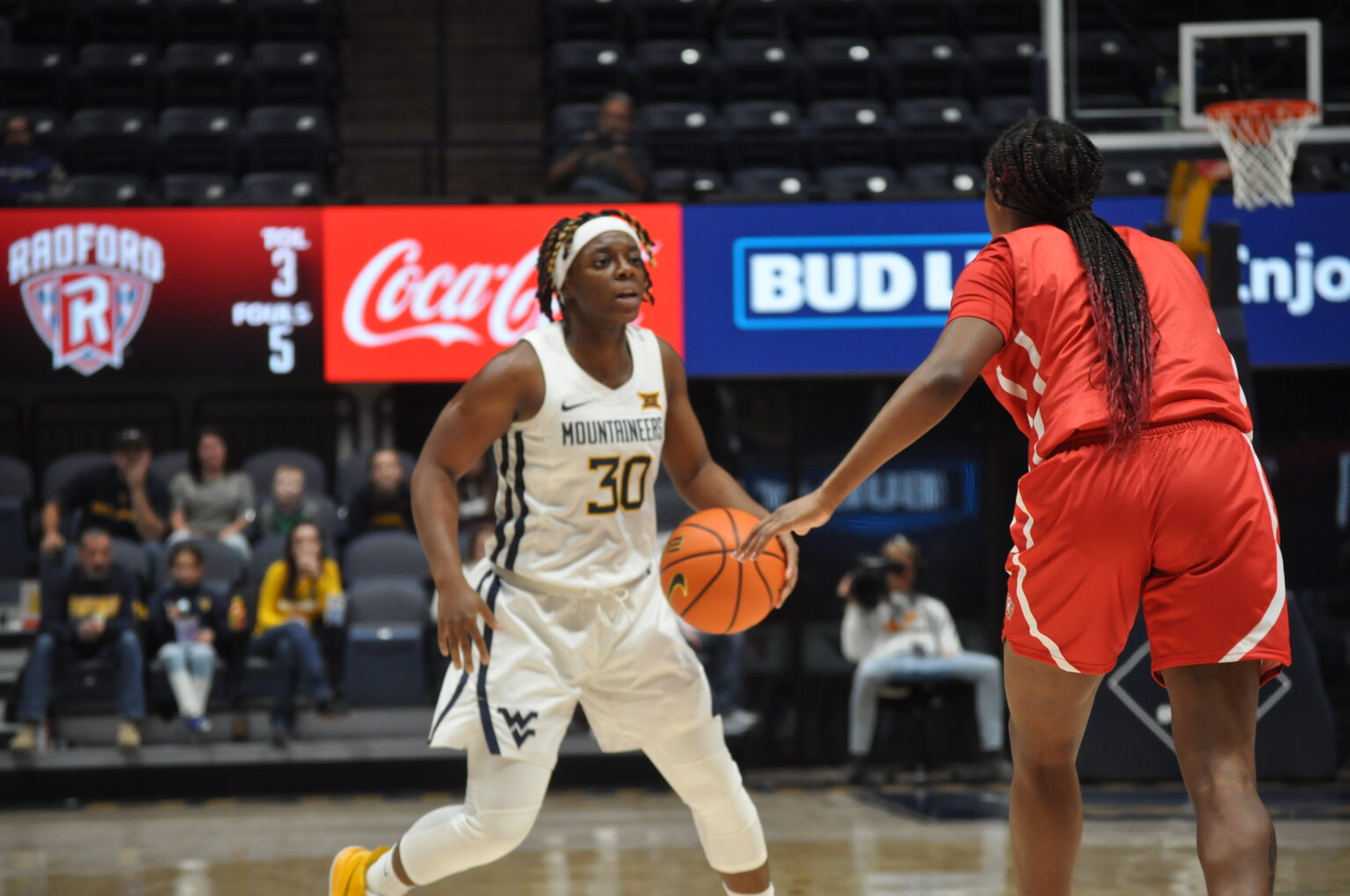 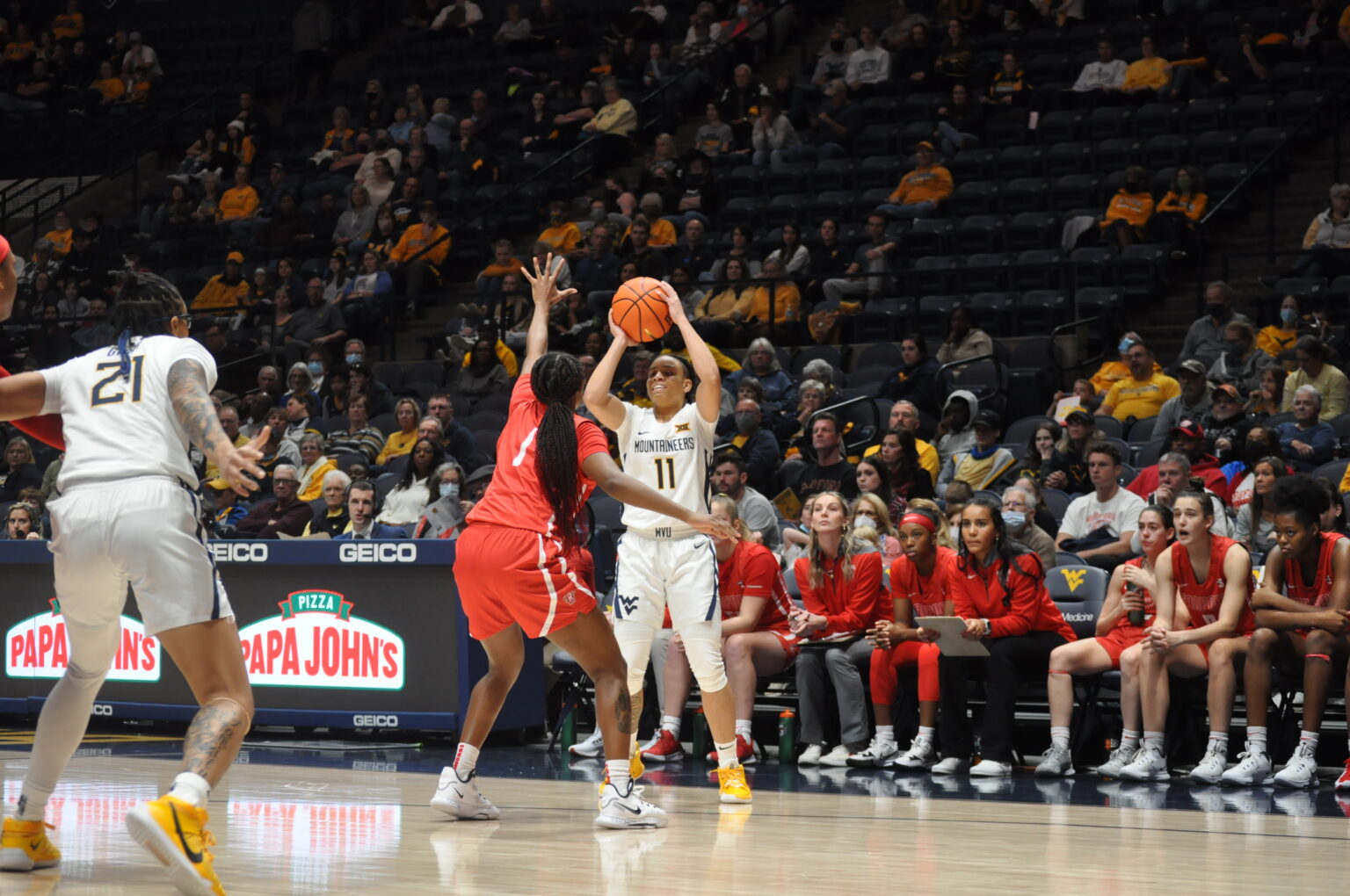 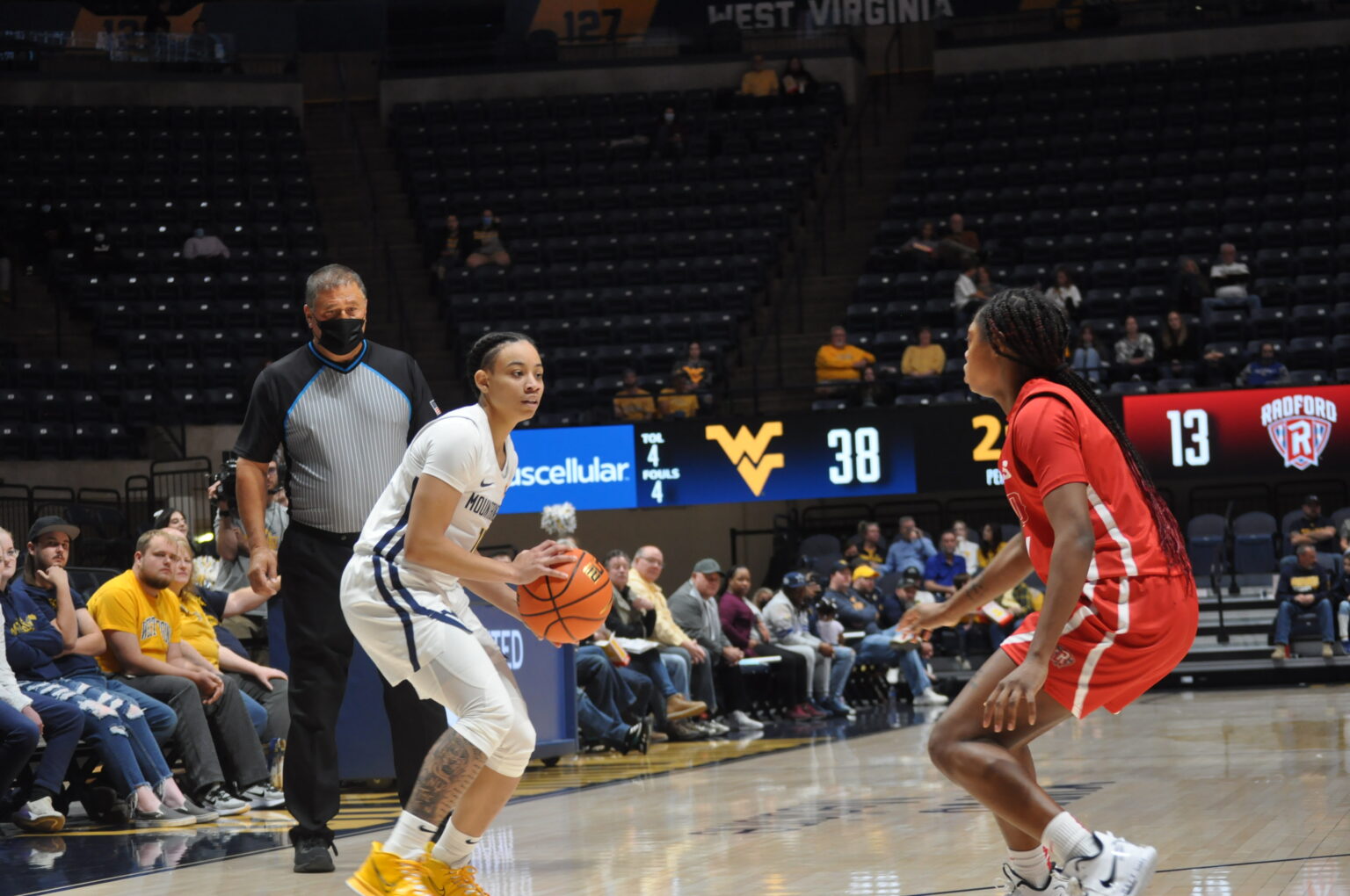 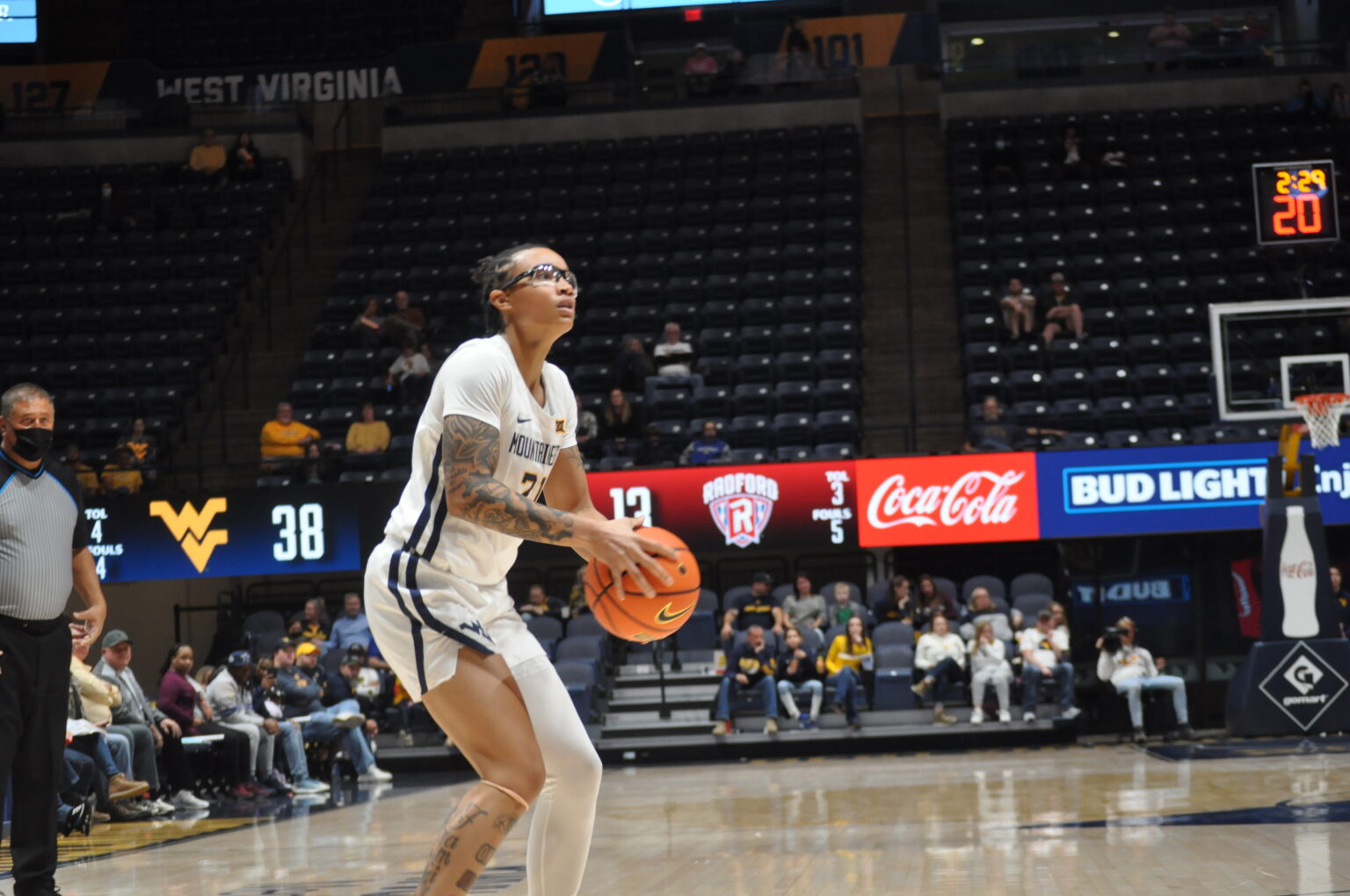 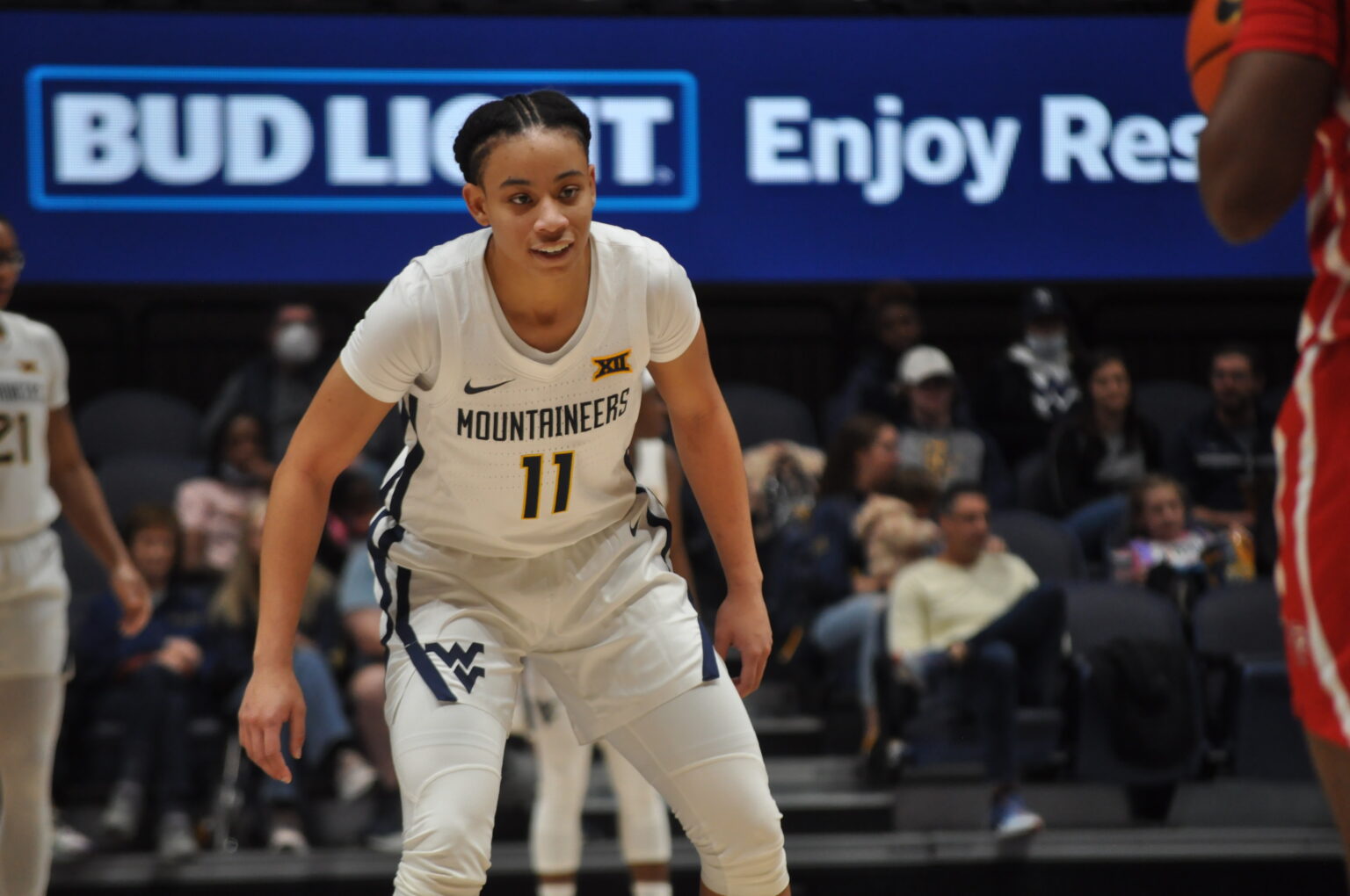 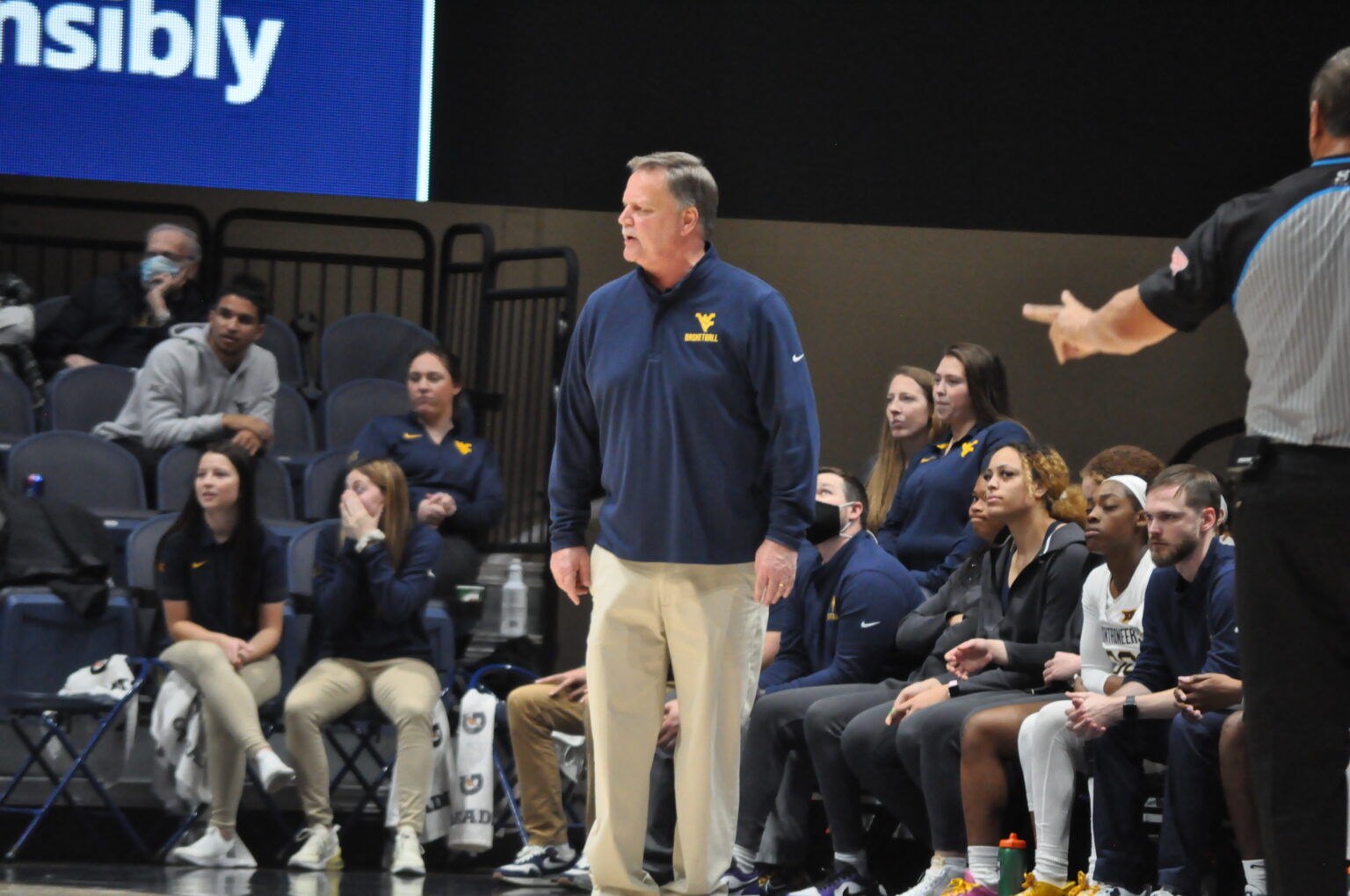 MORGANTOWN, W.Va. — Two days after West Virginia got off to a sluggish start in a 20-point win over Kennesaw State, the Mountaineers were locked in from the opening tip and smothered Radford 83-31 on Sunday at the Coliseum.

The 22nd-ranked Mountaineers were in control all the way, holding the Highlanders without a point for more than 4 minutes to start in a game they never trailed in.

West Virginia (3-0) was aggressive from the outset and made 7-of-8 free throws in addition to nine field goals to build a 26-8 lead after the opening quarter. Nine players scored in the frame for WVU, including Esmery Martinez, who had five points and five rebounds over the first 10 minutes. Radford (1-3) made 3-of-14 field-goal attempts and turned it over six times.

Much like it did in the first quarter, West Virginia continued to clamp down on Radford in the second period. The Mountaineers scored the first eight points and upped the lead to 34-8 on A’riana Gray’s layup 5:19 before halftime.

Jasmine Carson ended the scoring in the opening half with a 3-pointer that allowed the Mountaineers to hold their biggest lead at that point, 46-18.

Seventeen of Radford’s 32 turnovers came over the first two quarters, while the Highlanders made only 6-of-22 shots.

“They do a lot of backdoors and a lot of what’s called pinch posts, where they’ll backdoor you or flare and we did a good job of pushing their offense out and it really didn’t hurt us,” Carey said. “If you let them run it right there at the elbows or high post, then they’re pretty good, but our girls did a good job pushing them out far away.”

West Virginia’s lead reached 30 when KK Deans scored to start the second half and it continued to grow from there, with the Mountaineers on top 71-26 through three quarters.

WVU finished with 34 points off turnovers.

Carson was the fourth double figure scorer with 11.