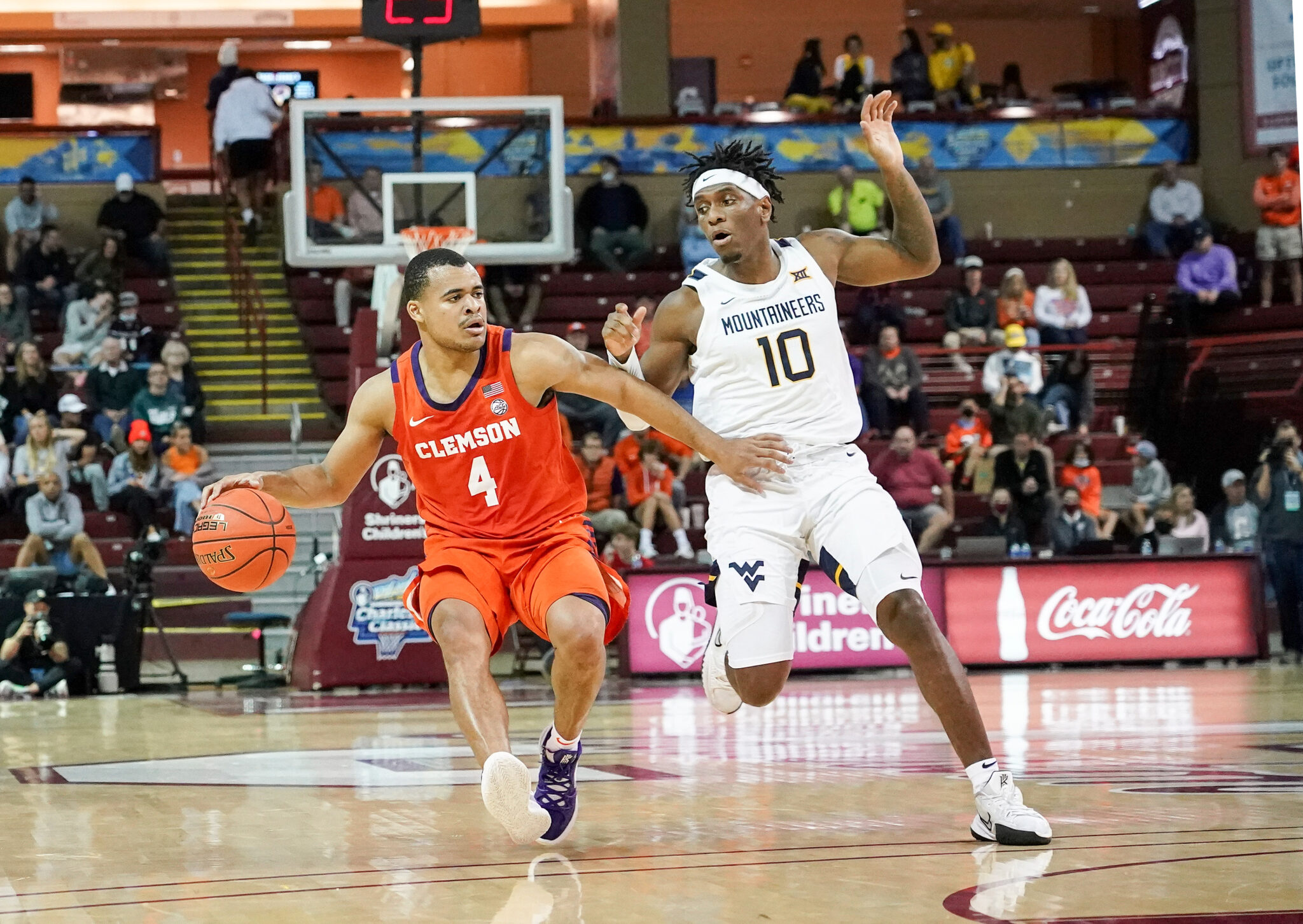 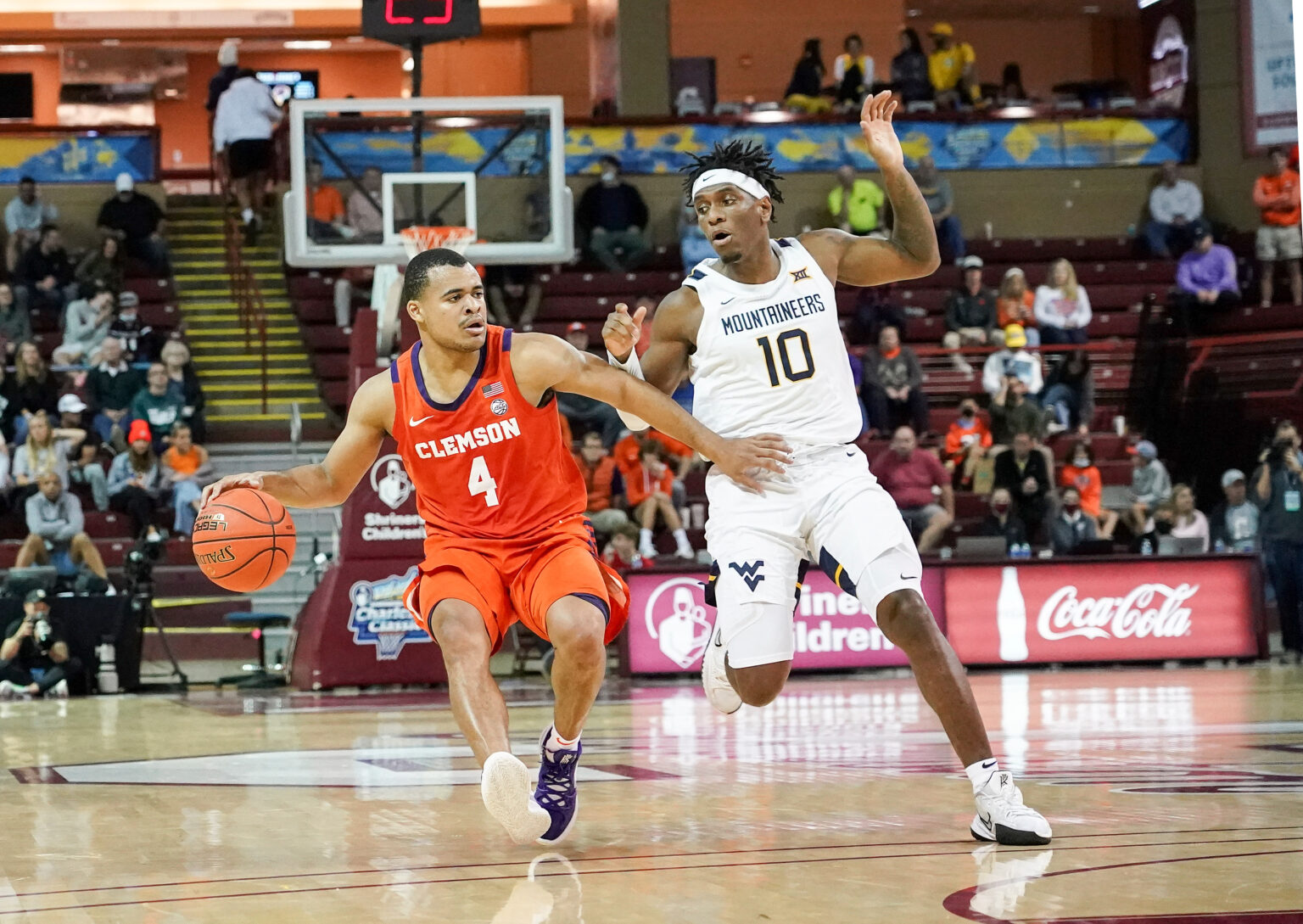 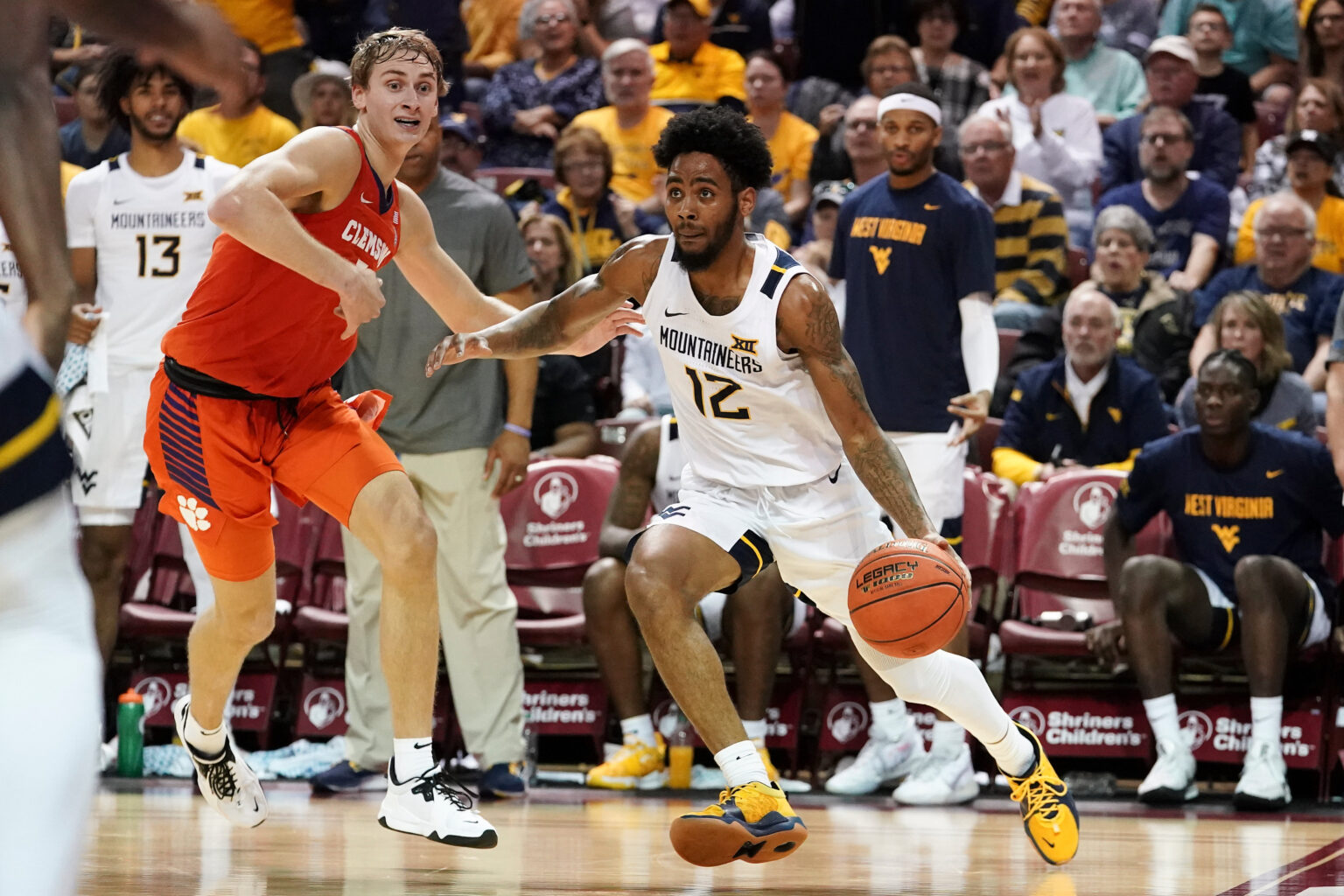 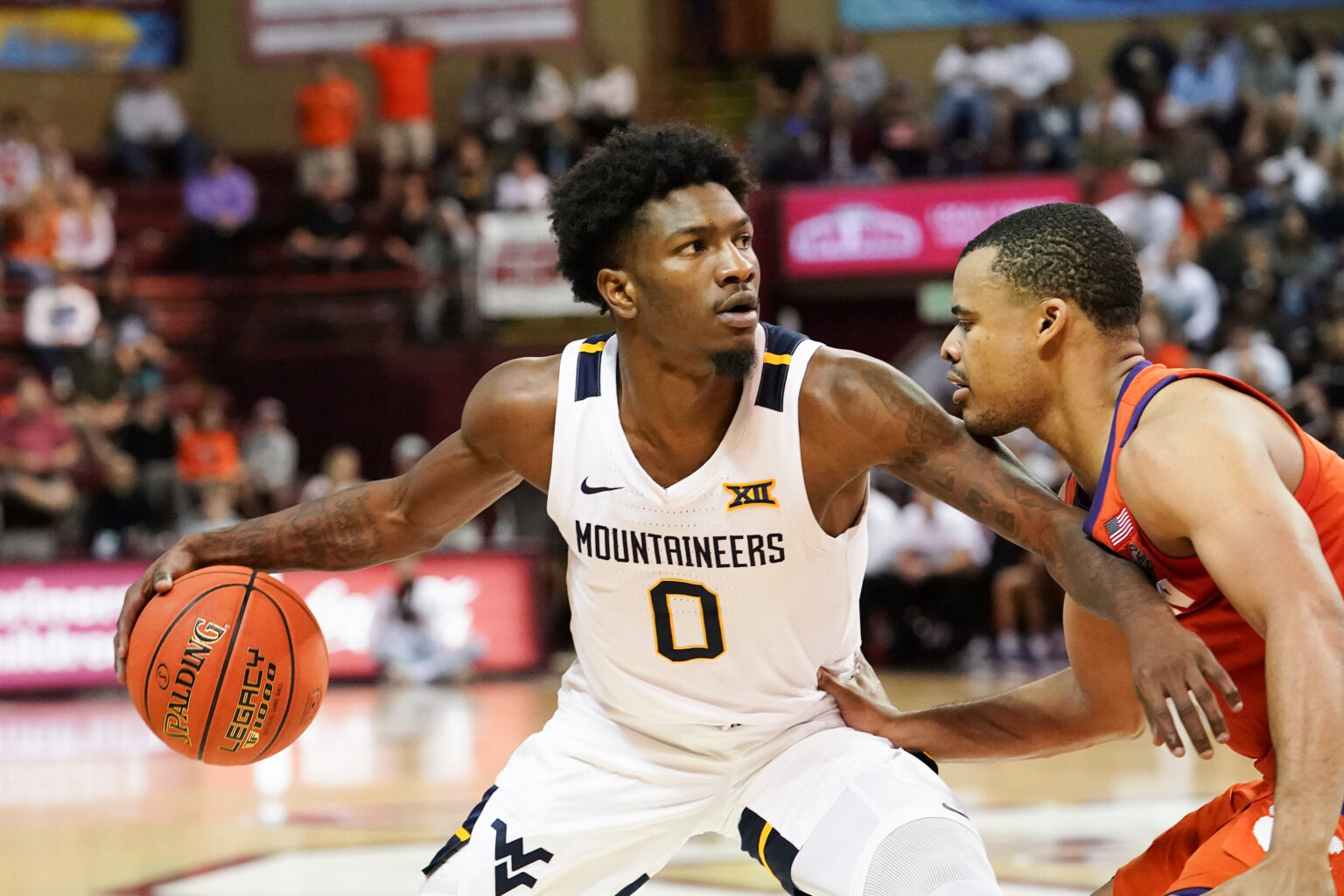 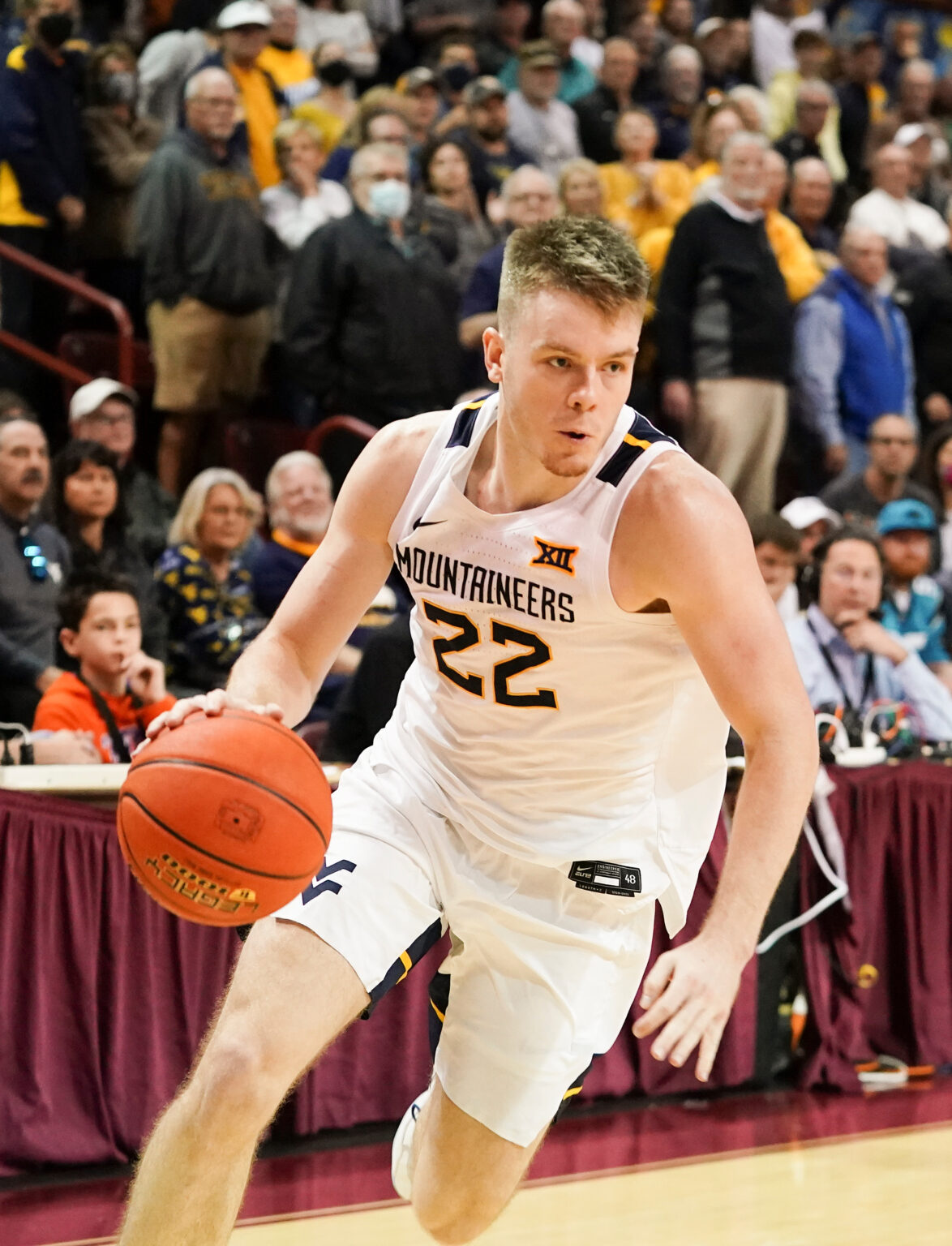 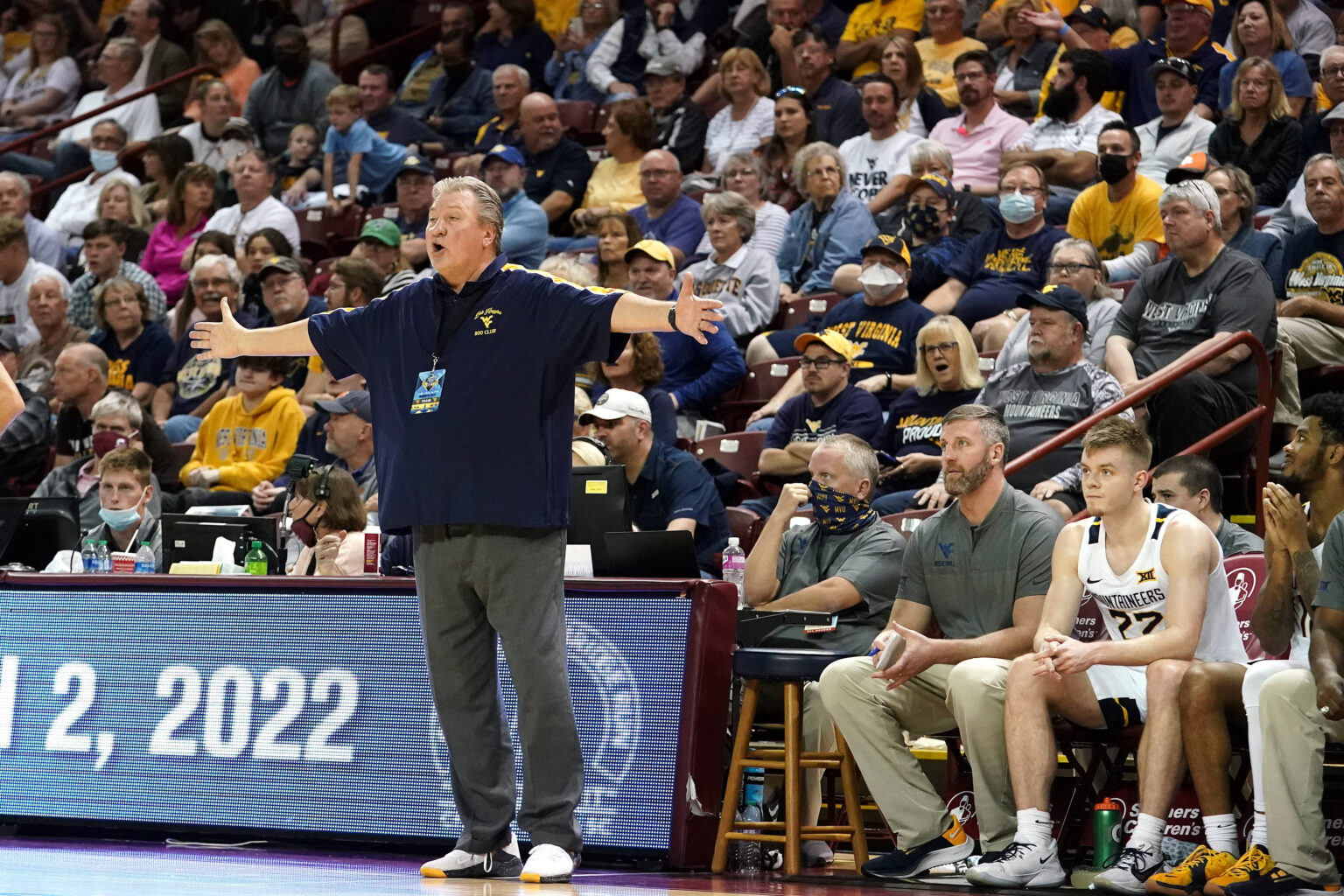 West Virginia head coach Bob Huggins not happy with a call in the first half against the Clemson Tigers at TD Arena. Mandatory Credit: David Yeazell-USA TODAY Sports

Staring at a 10-point deficit with 14 minutes to play, West Virginia dug in defensively and held Clemson to 10 points the rest of the way, rallying for a 66-59 victory in its third and final game of the Shriners Children’s Charleston Classic at TD Arena.

“That was the Mountaineers’ team right there,” WVU head coach Bob Huggins said on postgame radio. “That’s who they’re used to seeing — guys who compete that hard. We didn’t do that last game and they were as embarrassed as I was us.”

The Mountaineers (4-1) still faced an uphill climb from down six points within inside of 6 minutes to play, but outscored the Tigers 16-3 down the stretch starting with Sean McNeil’s jumper that cut their deficit to 56-52 with 5:25 remaining.

“It helps our confidence, but more than anything they were as disappointed as everybody else was the night before last [with a loss to Marquette],” Huggins said. “They knew we didn’t do what we normally do and what Mountaineer nation takes so much pride in. We’re a state that thrives on working. People pay to see them play and they want to see them work. I told them before the game, ‘right now we’re an embarrassment.’ We didn’t play. They came out today and played.”

It was career win No. 904 for Huggins, who moved into solo fourth in all-time NCAA victories.

Clemson sputtered offensively in the late stages and was held without a field goal for the final 5:49. McNeil’s second-chance jumper tied the contest at 56 with 3:43 to play.

Two Kedrian Johnson free throws put the Mountaineers ahead to stay, and Taz Sherman’s follow-up basket with 2:03 left capped a 10-0 run that left WVU with a 60-56 lead.

Malik Curry finished on a drive to the basket to give the Mountaineers a 62-57 advantage, before two free throws from Naz Bohannon allowed Clemson (4-2) to make it a one possession game.

Looking to apply full court pressure to force a turnover or foul and stop the clock, the Tigers were instead assessed a technical foul for having six players on the court, allowing McNeil to make two free throws for a five-point lead with 15 seconds left.

“I apologized to our players,” said Clemson coach Brad Brownell, who attributed the issue to a mix-up in substituting Chase Hunter for PJ Hall. “Certainly it was a bad mistake at an inopportune time.”

McNeil scored all 15 of his points in the final 10:12, outscoring the Tigers by five during that stretch.

“Sean gave up two layups and I sat him down and told him, ‘that’s not what we do here,’ but he came back out and played great,” Huggins said. “He made hard shots.”

An Isaiah Cottrell basket left the Mountaineers with a 39-38 lead, but they failed to score for the next 5:34, during which time Clemson built a 49-39 lead, before going cold.

During the stretch that Clemson built its 10-point lead, television cameras caught Huggins slamming a clipboard into the hardwood in frustration during a timeout.

“We were trying to throw it close and establish an inside presence and didn’t do a very good job of that,” Huggins said. “Then we gave up two layups and I went crazy in the timeout. We work too hard and spend too much time on it to give up two layups in the half court. Then we came out and got after them.”

West Virginia held its own on the glass and had a 31-27 rebounding advantage, keyed by Gabe Osabuohien’s game-high seven.

“He made things happen at the defensive end for us,” Huggins said.

Sherman scored 12 points and Curry added nine in the win.

The Tigers shot 55 percent from the field, but 20 turnovers proved costly.

Al-Amir Dawes led the Tigers with 18 points, while Hall and Nick Honor scored 10 each.