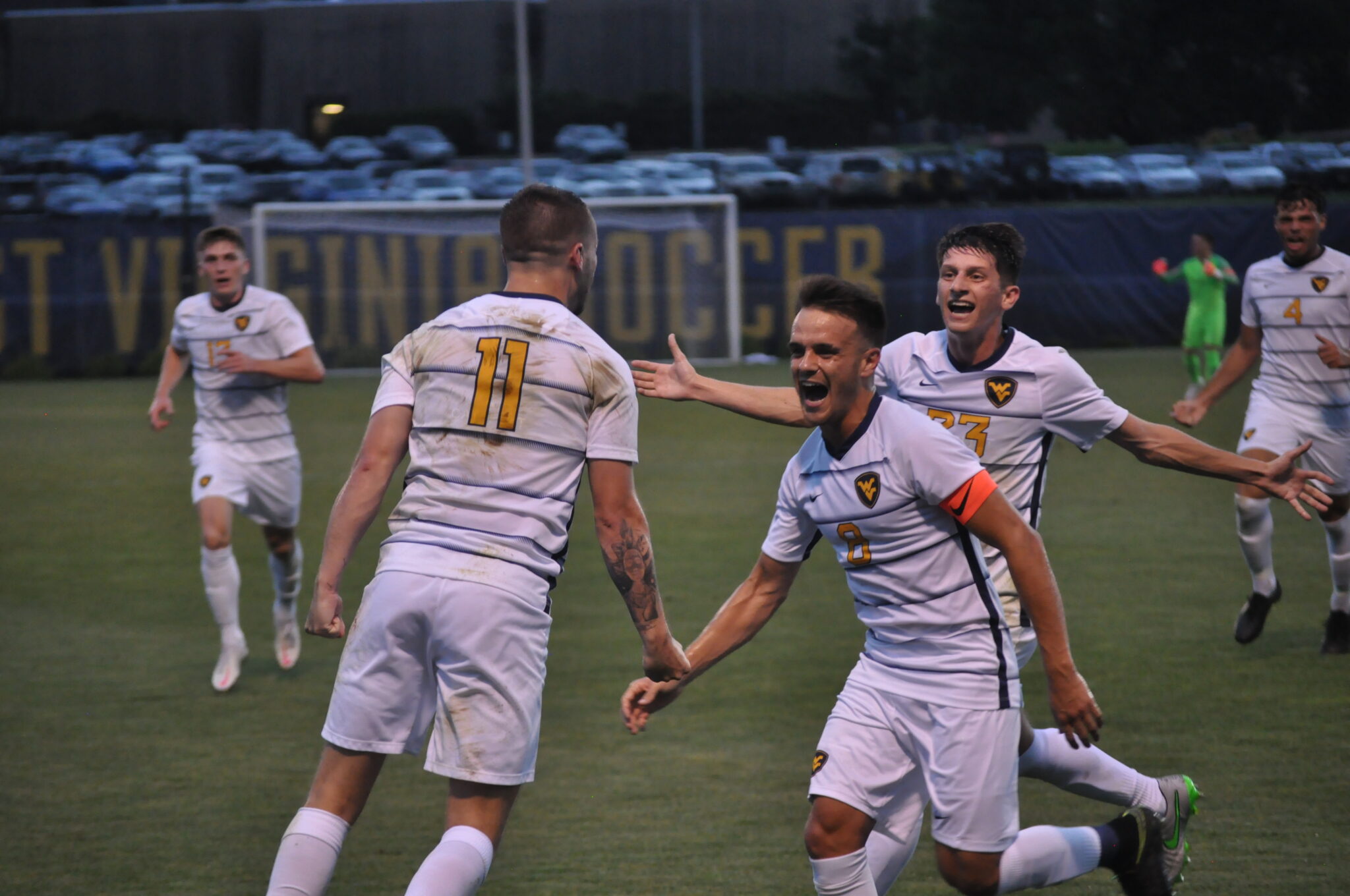 MORGANTOWN, W.Va. — West Virginia’s men’s soccer team hopes to make the most of what it worked for throughout the season when the 11th-seeded Mountaineers welcome Virginia Tech to Dick Dlesk Soccer Stadium for a second-round NCAA Tournament match at 1 p.m. Sunday.

“We are where we wanted to be,” second-year WVU coach Dan Stratford said. “We’ve reminded the guys this week that there’s 170-plus teams that aren’t playing soccer right now. So, we should enjoy this, embrace it and be very grateful that we have this opportunity.”

After earning a national seed and first-round bye, the Mountaineers (11-3-4) will try to remain unbeaten at home in their first match with the Hokies since 2015. West Virginia has an 8-0-2 mark on its turf and finished the regular season without a blemish at home for the first time since 2006.

“Knowing most Mountaineer fans put this in their top three and definitely top five of their rivalries, we’re hoping it adds a few more hundred people to the crowd, if not a few thousand,” Stratford said.

This will be just the second match in 17 days for West Virginia, which suffered a 1-0 loss to Georgia State in a Mid-American Conference semifinal November 11.

“There’s no second chances when it comes to Sunday and hopefully that awakening and little dose of reality against Georgia State focuses their mind going into Sunday,” Stratford said.

Meanwhile, Virginia Tech (11-5-3) prolonged its season last Thursday with a 2-1 win over Campbell in its NCAA Tournament opener.

The Hokies got a goal and an assist from Kyle McDowell and Kahlil Dover against the Camels, with Dover finding the back of the net in the 72nd minute to break a 1-all tie.

“There are no surprises as this point in the tournament,” Stratford said. “They’re very good in transition and quite brave in establishing numbers forward when they have possession.”

Stratford has raved about his team’s depth throughout the season and feels it’s been an instrumental part of the Mountaineers’ success. That’s evidenced by nine WVU players scoring multiple goals this season, led by six from Ciro Bourlot Jaeggi.

Frederik Jorgensen and Luke McCormick have three goals and three assists each, while Yoran Popovic’s four goals are the second-highest mark on the squad.

“We’ve learned throughout the season that depth is a feature of our program right now and keeps the energy levels and intensity of the game very high,” Stratford said. “It should be a factor knowing they have a quick turnaround. We want to be the team that feels like we brought the greater energy.”

WVU has allowed only 12 goals over 18 matches and Mountaineer goalkeeper Steven Tekesky is one victory shy of tying Nick Noble’s program record 45 wins.

“There’s a buzz among the guys,” Stratford said. “They’re looking forward to Sunday.”

The winner of Sunday’s match takes on the winner of No. 6 Tulsa and Creighton on November 27 or 28 at a site to be determined.