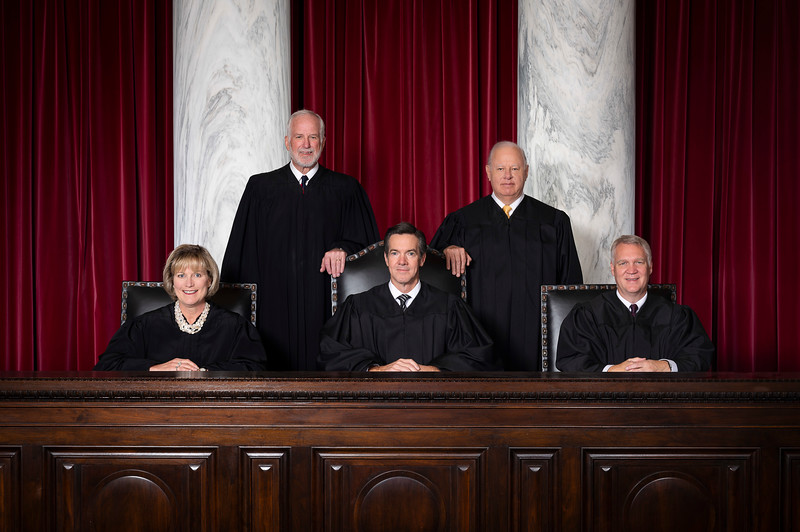 The court, in a 3-2 opinion written by Justice Beth Walker, knocked down a temporary restraining order. Justices sent the full case back to circuit court, but the majority also sent the message that union arguments are unlikely to prevail over the long haul.

“A preliminary injunction is a powerful remedy that should issue only after a court has carefully considered the parties’ arguments, evidence, and relevant authorities,” Walker wrote. “Our review of the circuit court’s order preliminarily enjoining the new law from taking effect reveals that it is a product of less than careful consideration.”

Justices John Hutchison and William Wooton issued a dissenting opinion and said the circuit court merely maintained a longstanding status quo through the preliminary injunction, buying time until the issues in the case could be explored more thoroughly.

The dissent that Hutchison wrote argued that it was the Supreme Court that overreached not only by rejecting the preliminary injunction but by projecting that labor union arguments would not stand up over a full hearing of the case.

In a footnote Hutchison wrote, “By dissolving the preliminary injunction, the majority has ensured that any victory by the respondents on remand will be pyrrhic, at best. First, once this Court’s mandate has issued and the injunction is dissolved, the horse will be out of the barn.

“Second, it is clear from the majority’s opinion that no matter what the circuit court may do or say, this case has been decided and the Paycheck Protection Act will be upheld when the case reaches this Court again.”

Justices heard arguments last month on whether to maintain a preliminary injunction on  House Bill 2009. Kanawha Circuit Judge Tera Salango ordered a temporary injunction in June, right before the law was to take effect.

“In the end, for Respondents to prevail, it must ‘appear beyond reasonable doubt’ that the Legislature exceeded its authority under the West Virginia Constitution when it enacted HB 2009,” Walker wrote in the opinion issued today. “Respondents’ evidence in support of their claim of irreparable harm is thin, at best.”

The new law applies to municipal, county and state employees who belong to unions, as well as school personnel represented by labor unions.

A dozen unions brought the original court challenge, saying the bill was passed and signed into law solely in retaliation after the statewide teachers strikes of the past few years.

The unions contended withdrawal of dues has been common practice by state government, counties, boards and municipalities. Once they’re withheld the dues are passed along to the unions.

The unions say this method is efficient and that both employees and employers like it. Forbidding it is simply meant to choke union finances, they contend.

Justice Walker wrote that the unions very well could switch to the kinds of deductions used by other organizations, such as direct withholdings from bank accounts or automatic withdrawals from credit cards.

“The length of time Respondents had relied on wage deductions to collect members’ dues did not change the fact that dues are easily collected by other means,” she wrote for the majority

“We have consistently said that the West Virginia Constitution does not require the State to seize public employees’ wages and direct them to unions. Today, the Court agreed,” Morrisey stated.

“The Court’s decision prevents the hardworking people of West Virginia from having their hard-earned money diverted for speech and activities they never intended to support.”