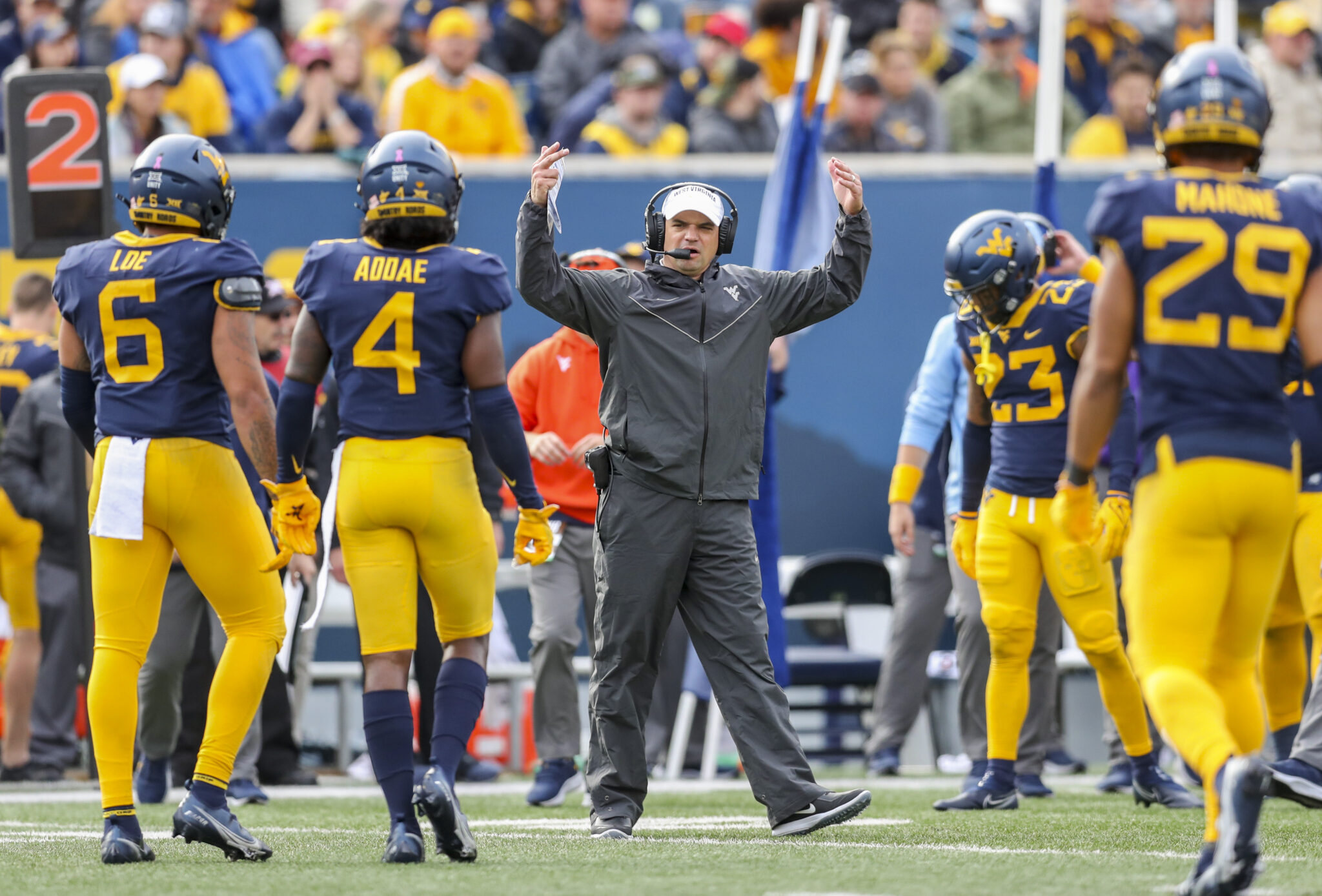 “We’re going to be thin at some spots,” Brown said. “I’m not sure it’ll be a huge factor in the game on either side, because we’re about even. Kind of like Texas had some injuries as well.”

In the 31-23 win over Texas, WVU primarily utilized a dime package defensively in large part because of personnel.

Only two scholarship linebackers were available against the Longhorns, though Brown is hopeful Lance Dixon could return to face the Jayhawks, which would increase that number by one.

Wide receiver Bryce Ford-Wheaton did not finish last Saturday’s contest due to an injury, but Brown is hopeful the Mountaineers’ second-leading receiver by yards and receptions will suit up at Kansas.

Cornerback Charles Woods, who missed the Texas game with an injury, practiced Monday, according to Brown. However, the third-year WVU head coach wasn’t ready to commit to Woods returning this weekend.

“We’re just going to see how he progresses,” Brown said. “Hopeful, but until he goes today and tomorrow, I can’t give you a firm answer.”

One player absent in last week’s victory was bandit VanDarius Cowan, who did not dress for the contest one week after being ejected for a targeting penalty that negated an Exree Loe interception at Kansas State.

“His status is kind of up in the air,” Brown said. “It’s really up to him. But he’s not injured.”

Cowan, a redshirt senior, played in each of the team’s first 10 games, registering 15 tackles and one sack.

The Alabama transfer was suspended the first four games of Brown’s first season in Morgantown in 2019 for eligibility issues.

When Brown left Troy to take the West Virginia job, he was replaced by Chip Lindsey as the Trojans’ head coach.

Lindsey was fired Sunday after compiling a 15-19 record, including 5-6 this season.

Current West Virginia defensive coordinator Jordan Lesley is a Troy alum and was part of the Trojans’ coaching staff for separate stints in 2006 and from 2016-2018.

Lesley is one of six candidates listed as a potential target to be Troy’s next head coach by The Athletic’s Bruce Feldman.

“It’s nothing more than speculation right now,” Lesley said. “I’m just trying to get to the Kansas game and move on from there.”

Lesley was a two-year starter at tight end for the Trojans and graduated from Troy in 2006.

Mountaineer tailback Leddie Brown narrowly missed out on a season-high rushing total against the Longhorns by finishing with 158 yards.

Brown, who rushed for his 12th touchdown of the season against Texas, easily set a new season and career-high in carries with 33.

The Philadelphia native had not rushed more than 24 times in any game this season before last weekend, while his career high in attempts was 27 in a double overtime victory over Baylor in 2020.

Though Neal Brown was pleased the performance of his top tailback, he says the coaching staff need to be more cautious with Leddie Brown ahead of his final regular season game at WVU.

“We had him at forcing ten missed tackles and 102 yards after contact,” Neal Brown said. “He just played strong. We probably got him five more carries than I really wanted to. I did not track it on the sideline. I normally would not let him get that many carries, so we’ll have to be careful how we use him this week and take it light on him in practice.”

Brown rushed for a season-high 161 yards in the Mountaineers’ win over Virginia Tech. His career-high mark came last season when he gained 195 yards against Kansas.

In three previous meetings with the Jayhawks, Brown has 372 rushing yards and two touchdowns on 41 carries. He’s also caught a pair of scores among six receptions for 51 yards against KU.