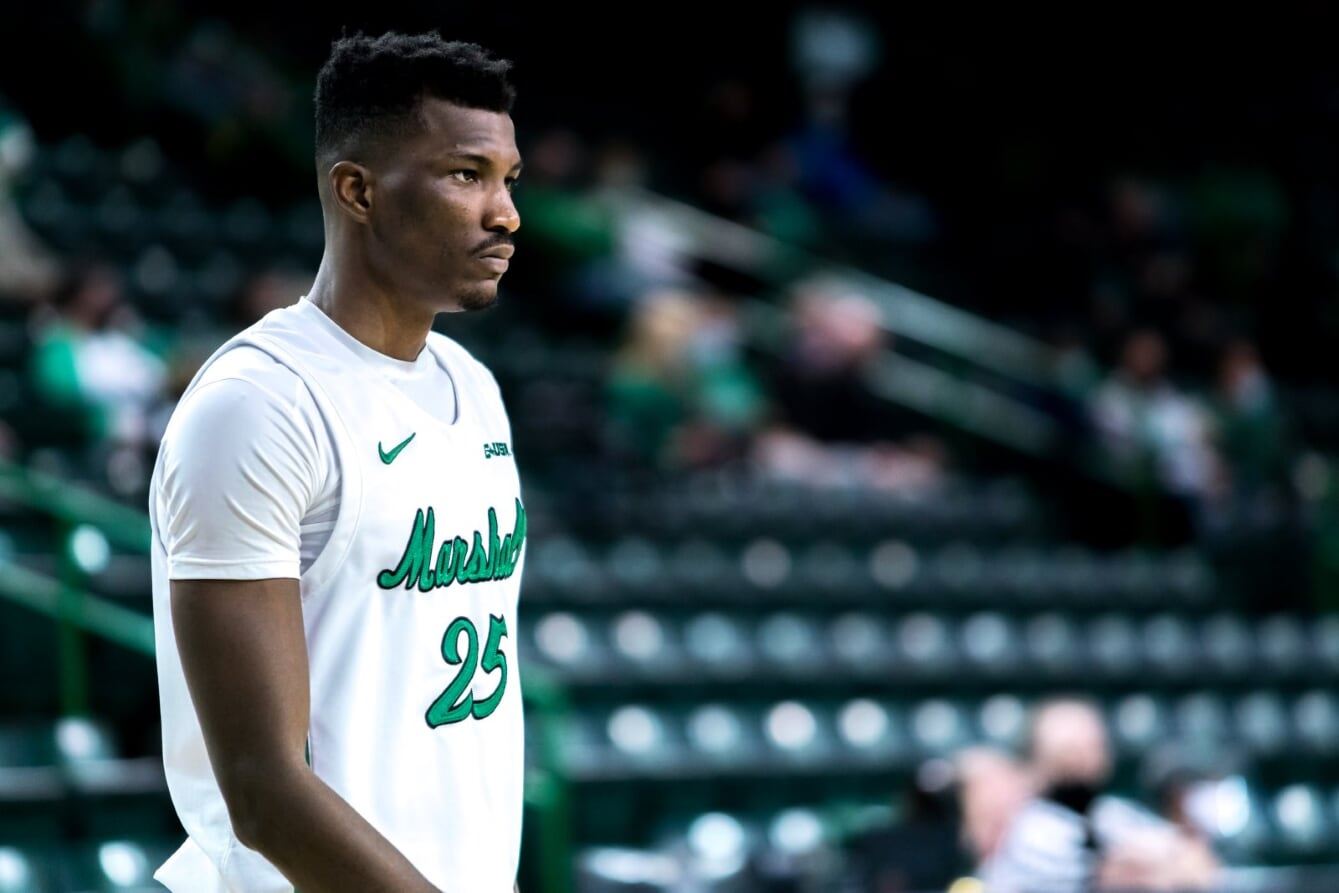 HUNTINGTON, W.Va. — Marshall fans no doubt like seeing its team score 90-plus points in a basketball game.

Thundering Herd coach Dan D’Antoni gets a kick when his teams put a clamp on the opposition with its defense.

The latest example came in the second half of Tuesday night’s contest between Louisiana and Marshall at the Cam Henderson Center. The Ragin’ Cajuns, who had a miserable night shooting on Sunday in its 76-44 loss at Indiana, reversed its fortunes with a 7-of-10 effort from three-point range and 12-of-13 free throws in the first half and taking a 47-42 lead at the break.

Enter Marshall’s defense in the second half as the constant pressure cooled off the Ragin’ Cajuns, led to transition baskets and eventually the win, 93-79, in front of 4,111 fans.

“You know you play great defense when you get an offensive bucket on the other end,” D’Antoni said. “Get in transition, we’ve got some horses coming at you. They’re pretty impressive.

“We had them down nine (first half) and let them back in. We’ve just got to get better, be a little more disciplined. We are a free-wheeling, risk-taking, get the crowd on their feet type of team. Don’t want to change that.”

Kinsey led the Herd with 21 points. Sophomore Obinna Anochili-Killen flirted again with a triple-double as he totaled 19 points, 11 rebounds and eight blocks. The message is out to former Herd players Jannson Willliams and Hassan Whiteside that their career and single-season blocked shot records are in jeopardy.

Darius George contributed 15 points and Mikel Byers 13 in the win.

“Again a great job of protecting the rim,” Kinsey said. “To be out there and watch that is something. I’m a senior, he’s a sophomore. To watch his progression, it’s amazing. Go block a shot, miss the block but still affects the shot.”

“Better watch out. He’s coming,” D”Antoni said in reference to records held by Williams and Whiteside. “He’s really starting to figure it all out. He blocks with not fouling. Most stay inbounds. When one guy comes out and puts juice in the game, it bleeds out. We always feed off each other.”

“Every single time they try to go up, they’re going to see me there for sure,” Anochili-Killen said.

“For us to get that we’ll take it,” D’Antoni said. “Hustle and play hard.”

D’Antoni did tip his to the Ragin’ Cajuns for their first-half shooting. Probably everyone in the Henderson Center was surprised as Louisiana went 2 for 20 from three and shot 2 of 29 at one point in the first half at Indiana.

“I want to know who the shooting coach was between Indiana to here,” D’Antoni said with a smile. “I’ve never seen better. A remarkable turnaround. We’re going to hire him here.”

Kinsey said the first five minutes of the second half would be big after the way the first half ended when Byers got called for a foul far from the basket and Kobe Julie got awarded three shots. He made two.

“Don’t get down. Coach preaches the first five minutes are big,” he said. “We’re at home, the crowd is key. It all worked out. Fine on offense and try to get better on defense. It’s a game of runs. There’ll be adversity. Stay positive.”

Marshall now leads this series 4-3 overall. The teams has last met in the 1996-97 season with the Herd winning on the road 71-61. Louisiana is a member of the Sun Belt Conference. The Herd will leave Conference USA for the Sun Belt in 2023 so the two will meet regularly.

Marshall returns to action Saturday at Big Ten member Indiana. Game time is 7 p.m. The game will be on the Big Ten Network.

“Make sure we’re locked in,” Kinsey said. “We prepare like it’s any other game. We’re fired up. Whoever wants it that night.”