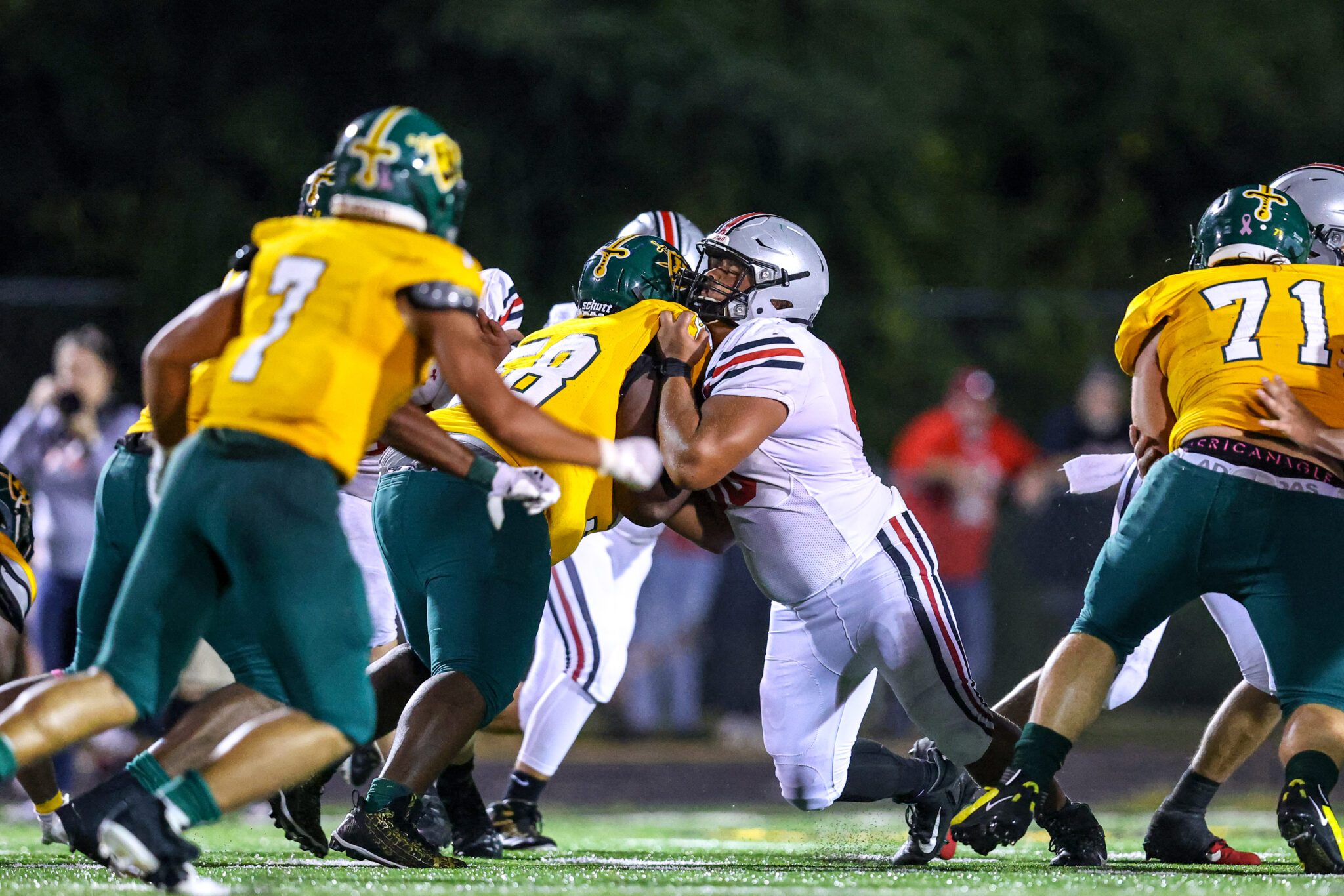 MORGANTOWN, W.Va. — Half of this week’s state semifinal matchups in high school football feature teams that have squared off against each other earlier this season.

Cabell Midland looks to return to the Super Six, where they fell to Martinsburg in the 2019 title game. To do so, the Knights must hit the road and avenge their only loss of the season. Huntington defeated Midland, 21-17 in the third week of the season.

“That loss hurt. But I think we just got better each week at the little things. And it really shows,” said Cabell Midland senior running back Jackson Fetty.

“When you get the semifinals, everybody that is left is really good and is deserving to be there,” said Huntington head coach Billy Seals. “With their double wing option attack, they are run first. But they also do a good job on the play action pass. They are a really good program. It is going to be a challenge for us. We are excited we get an opportunity to play in the semis. We have to have a good week of practice to get ready for a really good Cabell Midland team.”

A matchup of 2019 state champions will be contested at Cobourn Field & David Walker Stadium. Bridgeport is practicing on Thanksgiving week for the eleventh consecutive season.

“We expect to be here. It is very cool to be here but at the same time, our kids put in enough work that they deserve to be here. But it is a great honor to be able to practice another week,” said Bridgeport head coach Tyler Phares.

Bridgeport’s single-wing offense put 74 points on the scoreboard in a quarterfinal win over Jefferson. The Indians have rushed for 4,821 yards this season.

“You can’t really simulate it in practice,” said Martinsburg head coach Britt Sherman. “It is one of those things where it is a learning curve when you get on the field. It is a well-oiled machine. It is so fast and physical. They attack you from so many different gaps and spots. They are faking one thing and pitching the ball out somewhere else. It is really tough to defend.”

“We can’t have many turnovers. We have to be fundamentally sound up front. On defense, our defensive backs have to have a really good week. And special teams are going to be huge this week. They have very fast kids. We need to control the ball in all three phases,” said Bridgeport senior quarterback Cam Cole.

While Bluefield and Independence did not meet in the regular season, the two teams did share the field in August in a preseason scrimmage. The Beavers are led by the longest-tenured head coach in the state. Fred Simon has guided the Bluefield program since 1986. Independence head coach John Lilly was on staff with the Beavers in 1987.

“I just got out of the Marine Corps and I was finishing up my student teaching. [Simon] gave me a chance. I guarantee you this — I put a few gray hairs on his head. I was very young and very ambitious. I am sure I drove him crazy. But he did give me a chance and I have always been appreciative of it.”

“They do an excellent job there. John is an old Beaver grad and we were taught by the best at the high school when we were there,” said Bluefield head coach Fred Simon. “They have a class program and we have our work cut out for us.”

Fairmont Senior’s postseason run has included a 30-28 win at top-seeded Herbert Hoover and a 33-28 win at Robert C. Byrd. A late safety lifted the Polar Bears past the Huskies and a Dylan Ours 95-yard kickoff return with 90 seconds left sealed the win at RCB. Senior quarterback Dom Stingo has returned to the starting spot after opening the season as the QB1.

Poca is in the midst of their longest postseason run since they won the Class AA championship in 2003. The Dots have defeated Liberty Raleigh and Frankfort en route to the semifinals.

Little Kanawha Conference rivals meet for the second time in a month when the Yellowjackets travel to meet the Bulldogs at Cline Stansberry Stadium. Williamstown dealt Doddridge their only loss of the season, 26-24 in the tenth week of the season.

“They do a great job running the ball and they show some balance with their passing game. They threw for quite a few yards the last time we played them. They are always good on defense and well-prepared. I think them being at home is definitely going to help them this time,” said Williamstown head coach Chris Beck.

“Even this week, I feel like we are underdogs,” said Doddridge County head coach Bobby Burnside. “We are embracing that role. I just want our boys to go out there and execute. There’s no question we are going to play hard and play the entire game.”

Wheeling Central Catholic and Ritchie County will renew acquaintances after they last met in the 2019 quarterfinal round.

Central ran their postseason winning streak to fourteen games last week in the quarterfinal round. Dating back to the 2020 season, Ritchie County has won nineteen of their last twenty games. The Rebels have advanced to the semifinals for the second consecutive season.