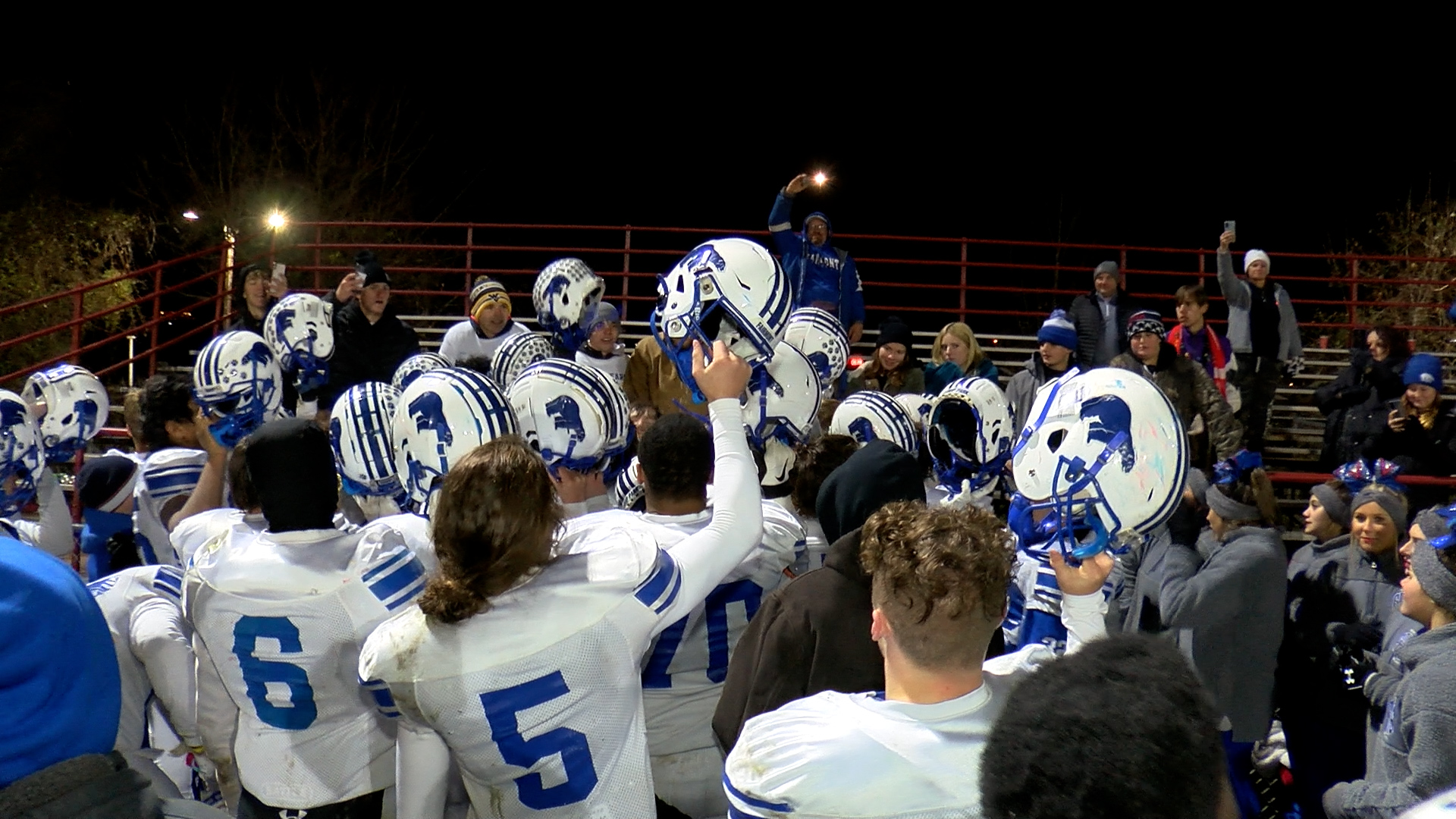 Germaine Lewis scored a pair of rushing touchdowns in the first quarter covering three and eleven yards, giving the Bears a 14-0 lead. In the second quarter, Dom Stingo connected with Kayson Nealy on a 35-yard strike to extend the lead to 21-0.

“The defense did a good job to get us in a good place to start. The offense was able to get us off to a good start,” said Fairmont Senior head coach Nick Bartic. “Anytime you can get a good start in games like these, that is important.”

Poca answered midway through the second quarter when Brandon Moore scored on an eight-yard touchdown tote. The Dots trailed 21-7 at halftime.

In the third quarter, Stingo accounted for two more touchdowns on a twelve-yard run and a 25-yard pass to Nealy.

“The play of Dom Stingo, you can’t say enough about that with what he has done with this run in the playoffs. Our offensive coaches say he looks like a man possessed out there. I have to agree with them. That has gone a long way in feeding everybody’s else play on offense.”

Fairmont Senior was the last team into the Class AA field but they are seeking their third title in the last four seasons.

“These guys are something. They are a unique bunch. It makes sense that they would do something unique.

“All season when we were in questionable position because of injuries or COVID, we knew we had a shot to get in there. We put it together. Even in the middle of it, we told our guys, ‘Don’t count out the Bears’. We got our opportunity and they made the most of it.”

Fairmont Senior defeated Independence in the quarterfinal round in 2020.

“Last year after we played them in the quarterfinal, the way-too-early polls that come out, they were our pick as a team to watch out for. We aren’t surprised that Independence is who we have to prepare for.”