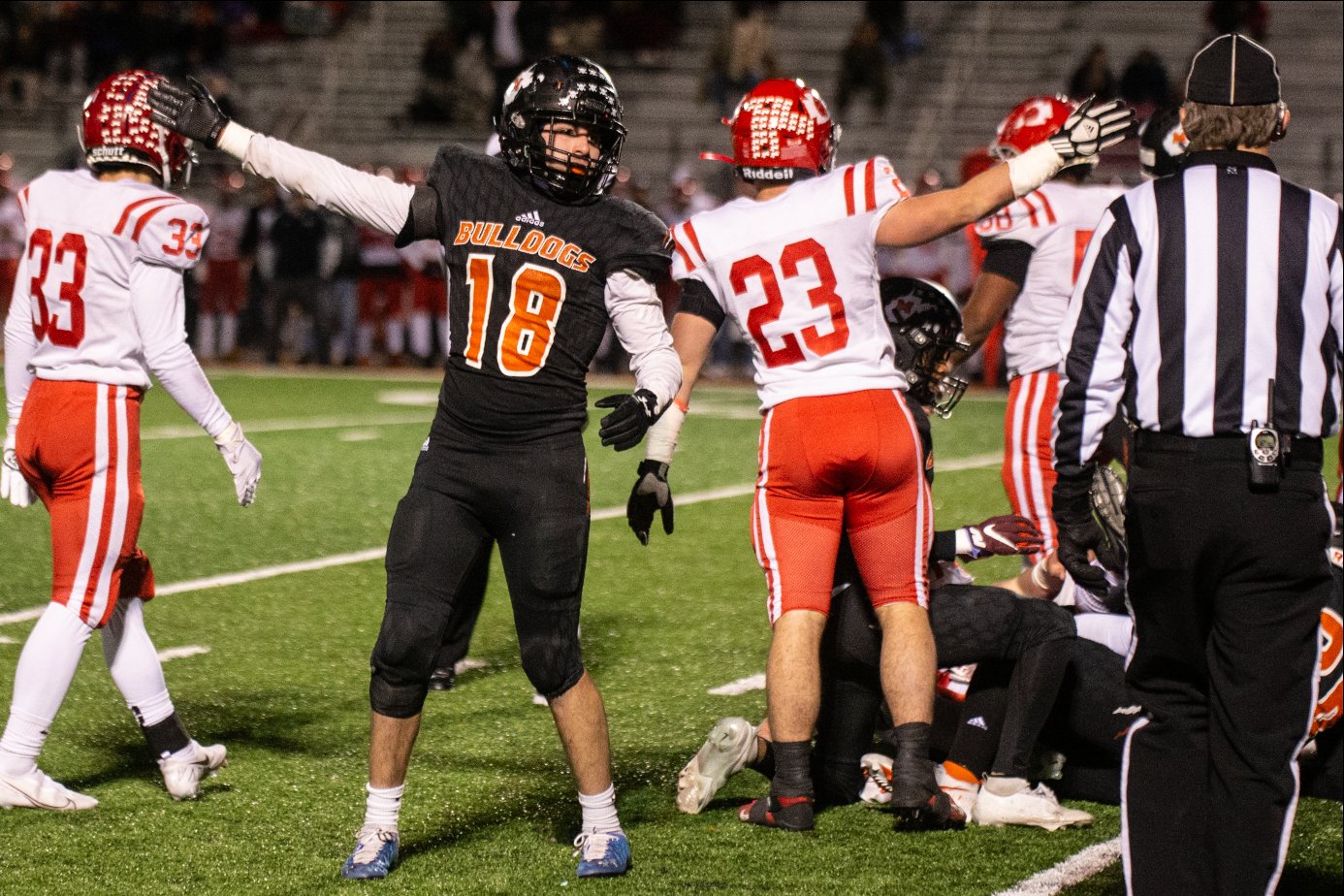 The Martinsburg Bulldogs blanked Bridgeport 21-0 to advance to the state championship game for the fourth time in six years. It is the second time this season that the Bulldogs have shut out their opponent.

“I don’t think we could have played much better upfront defensively,” second-year Martinsburg head coach Britt Sherman said. “The guys did a good job at controlling the line, which did not allow Bridgeport to get going.”

Sherman saw how well his offense responded at Bridgeport was trying to do schematically.

Martinsburg has poured in 139 total points through the first three games. What is even more impressive is the Bulldogs holding its playoff opponents to 28 total points. Sherman wants to see his defense continue to perform at a high rate.

“After the last regular-season game against Spring Valley, I thought we found ourselves and focused on what we needed to do,” Sherman stated. “The defensive coaches did a great job of focusing in and figuring out what we needed to do to get better. It has shown with the results the last couple of weeks.”

The Indians’ Landyn Reppert led the way for Bridgeport. Reppert ran 24 times for 118 yards. He accounted for 62 percent of the team’s rushing total. The Indians finished the game with 192 total rushing yards.

Martinsburg and Huntington will meet for the first time since 2013 when the Bulldogs defeated the Highlanders in the state championship game, 9-7.