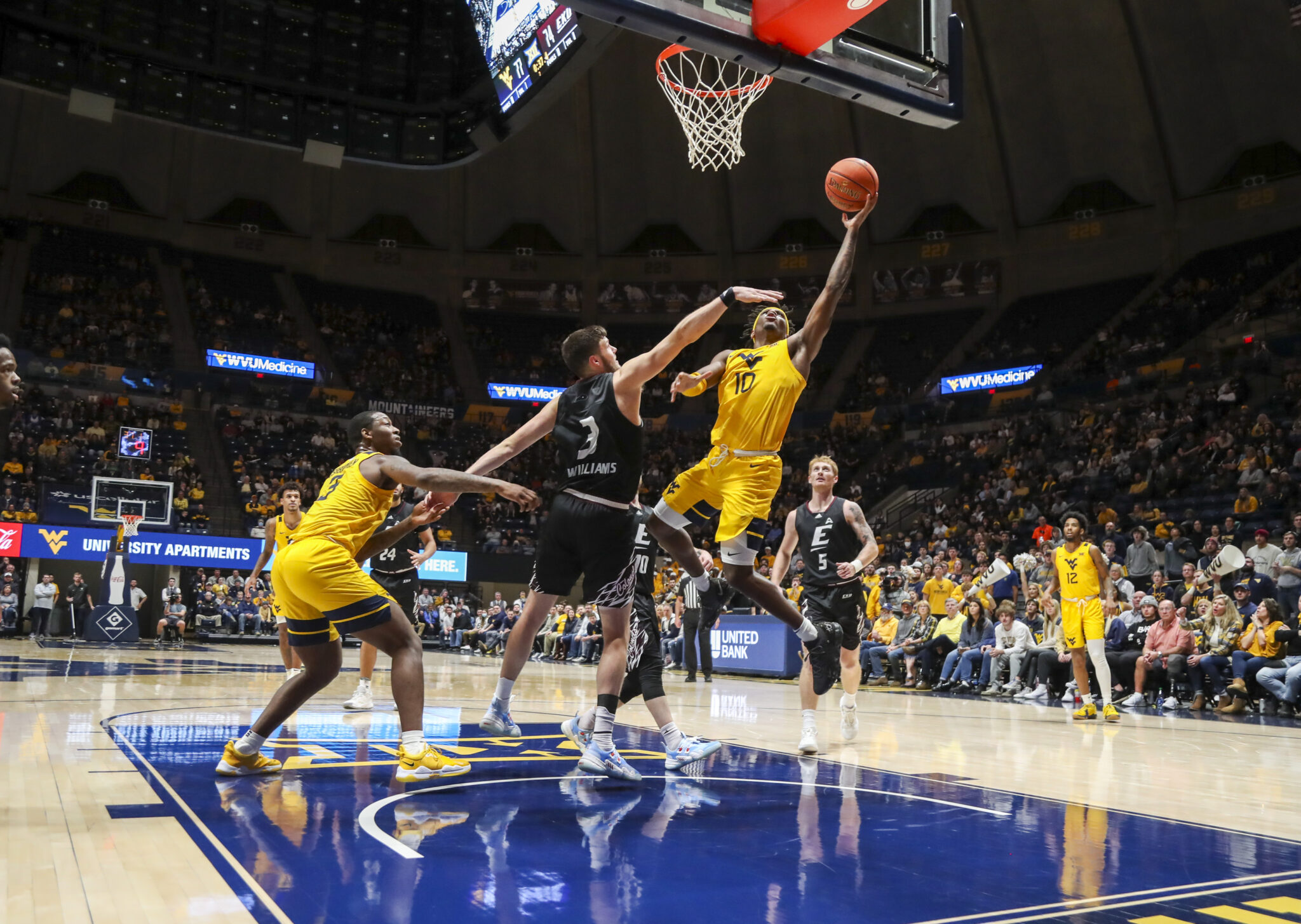 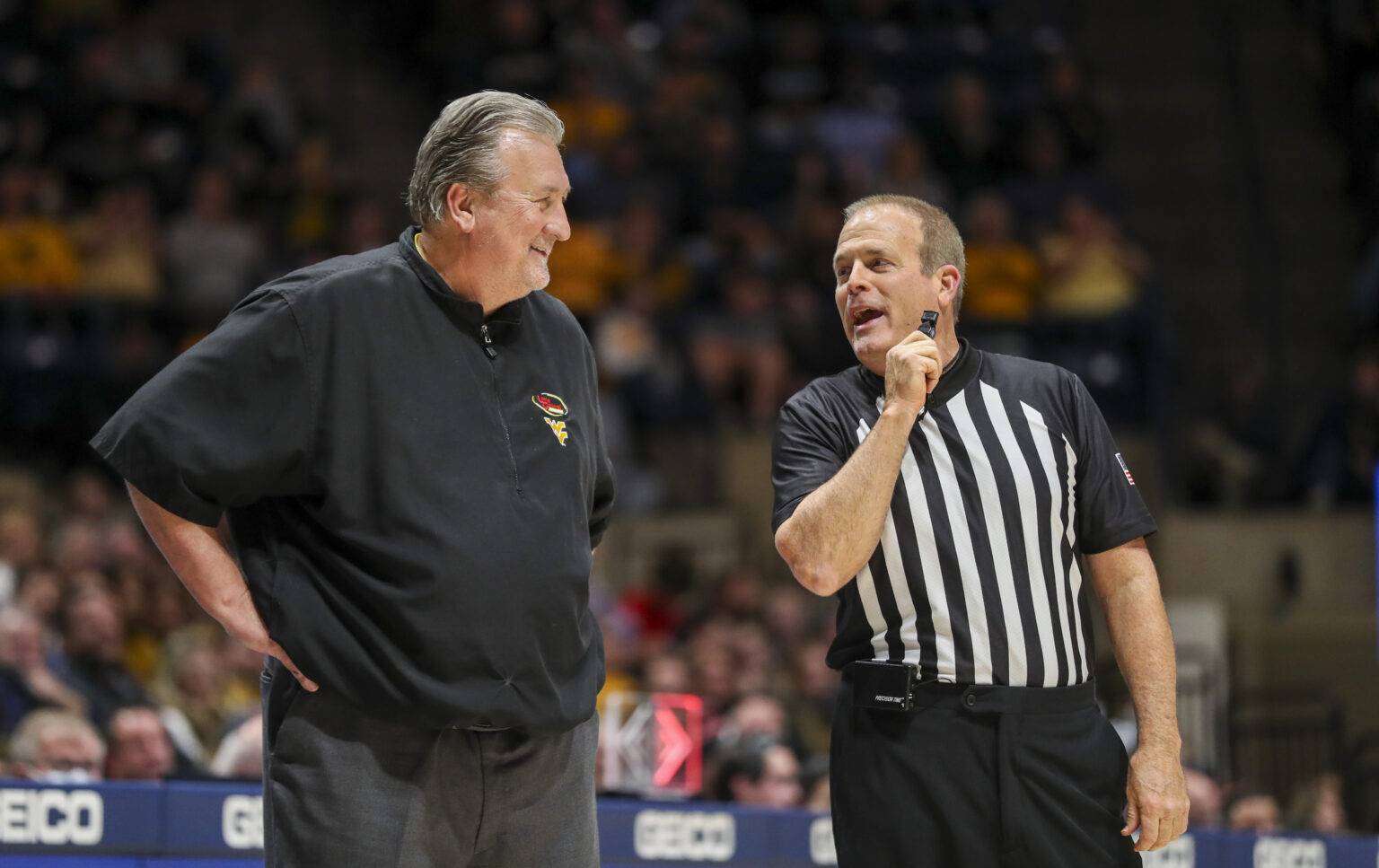 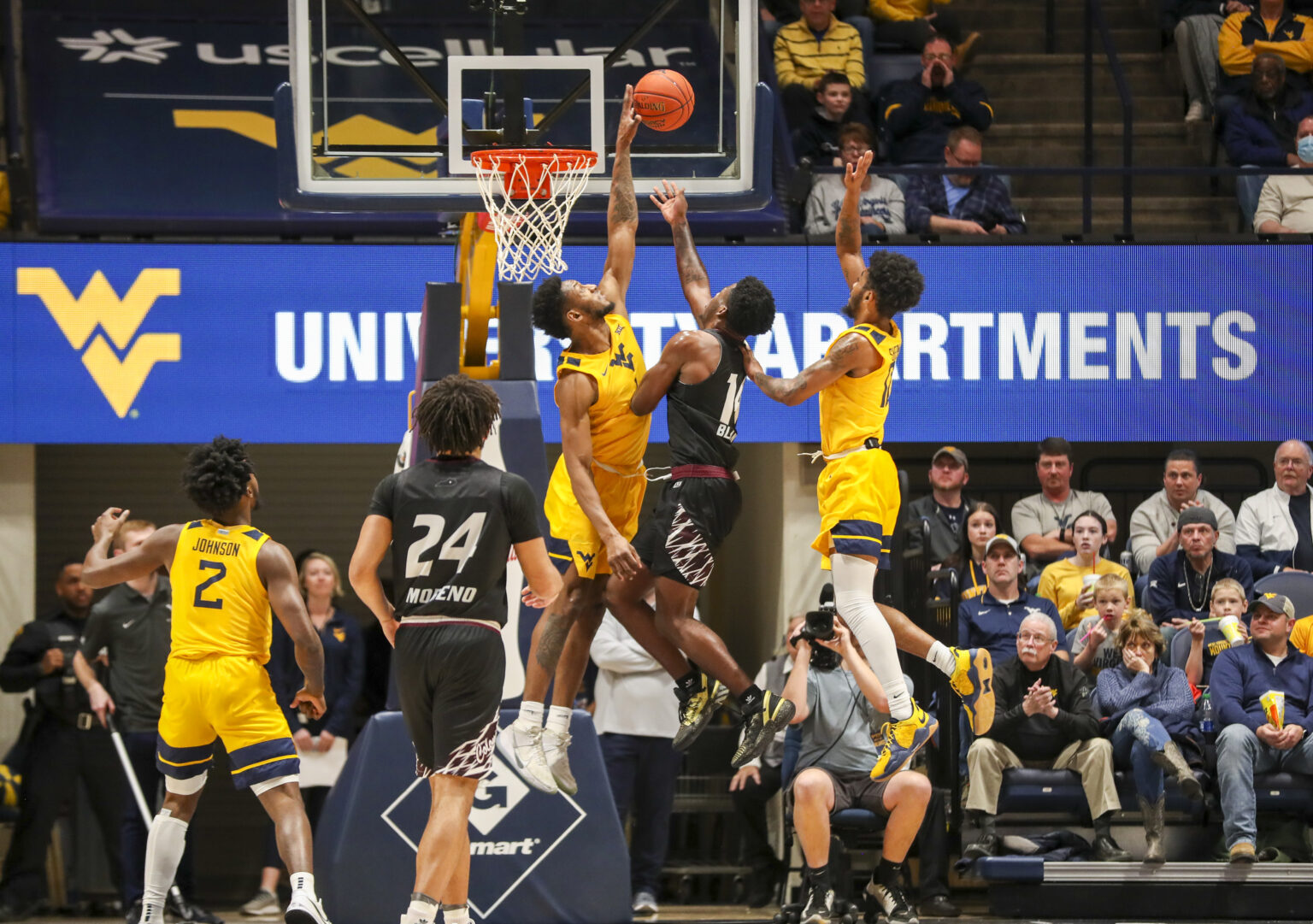 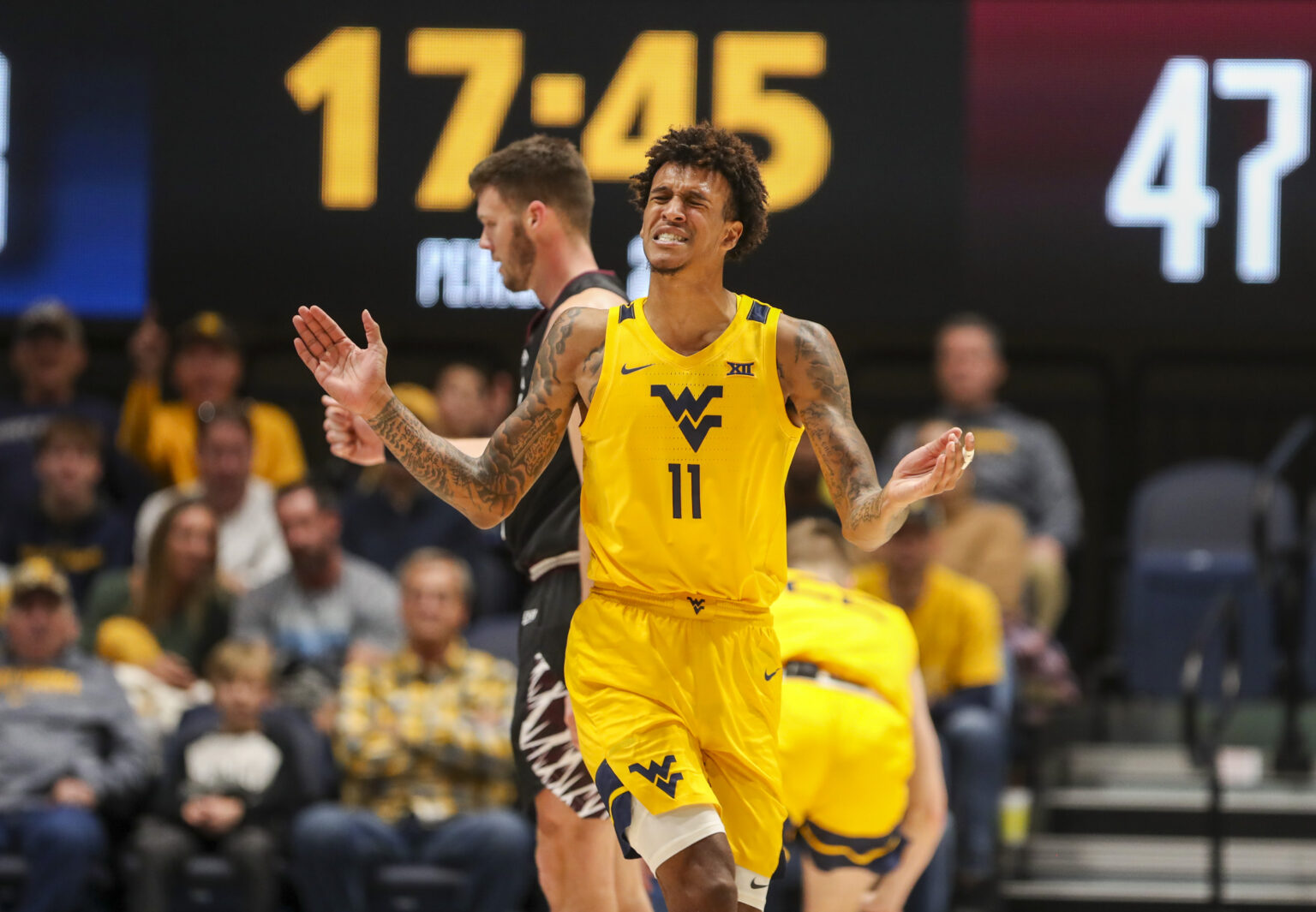 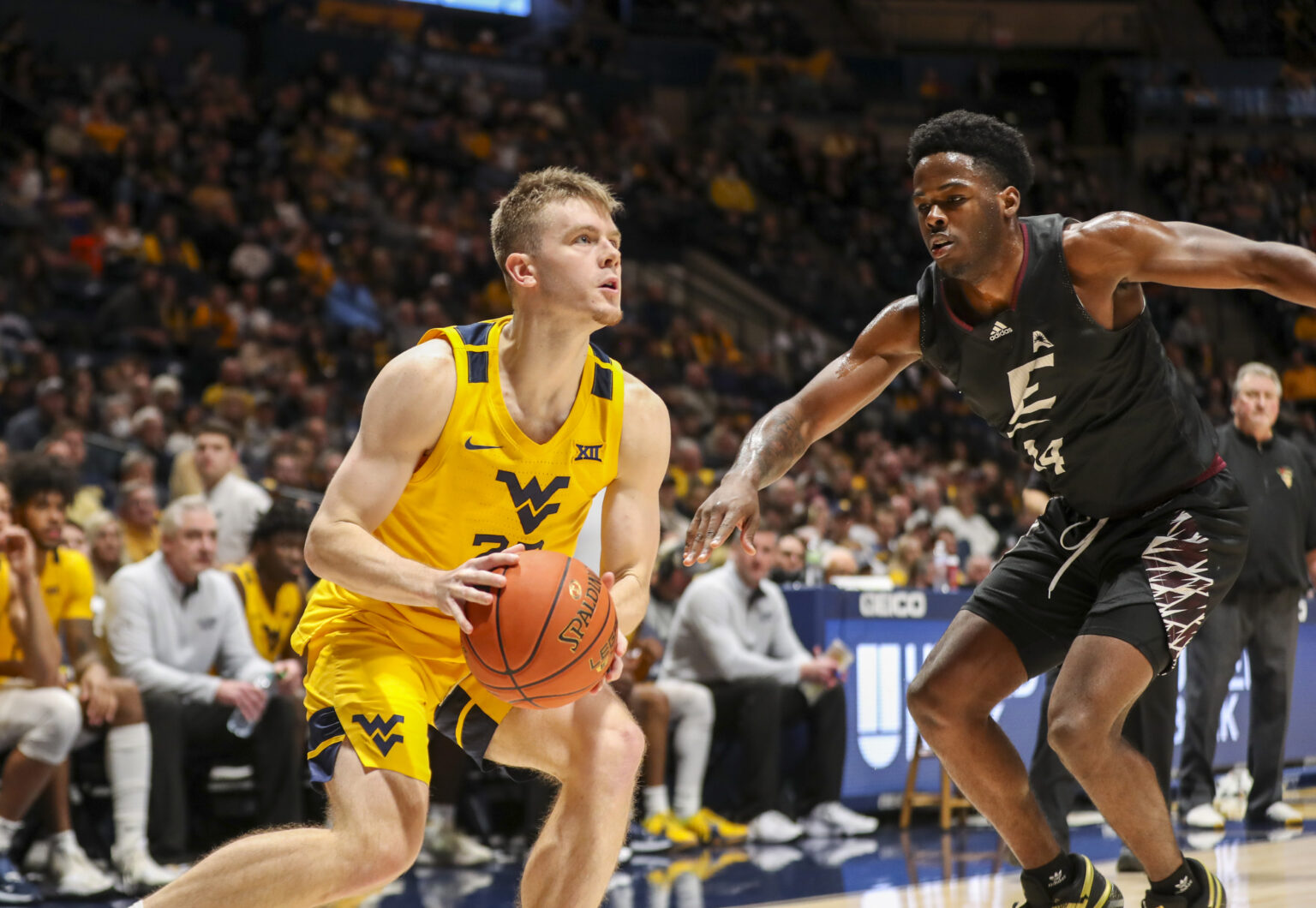 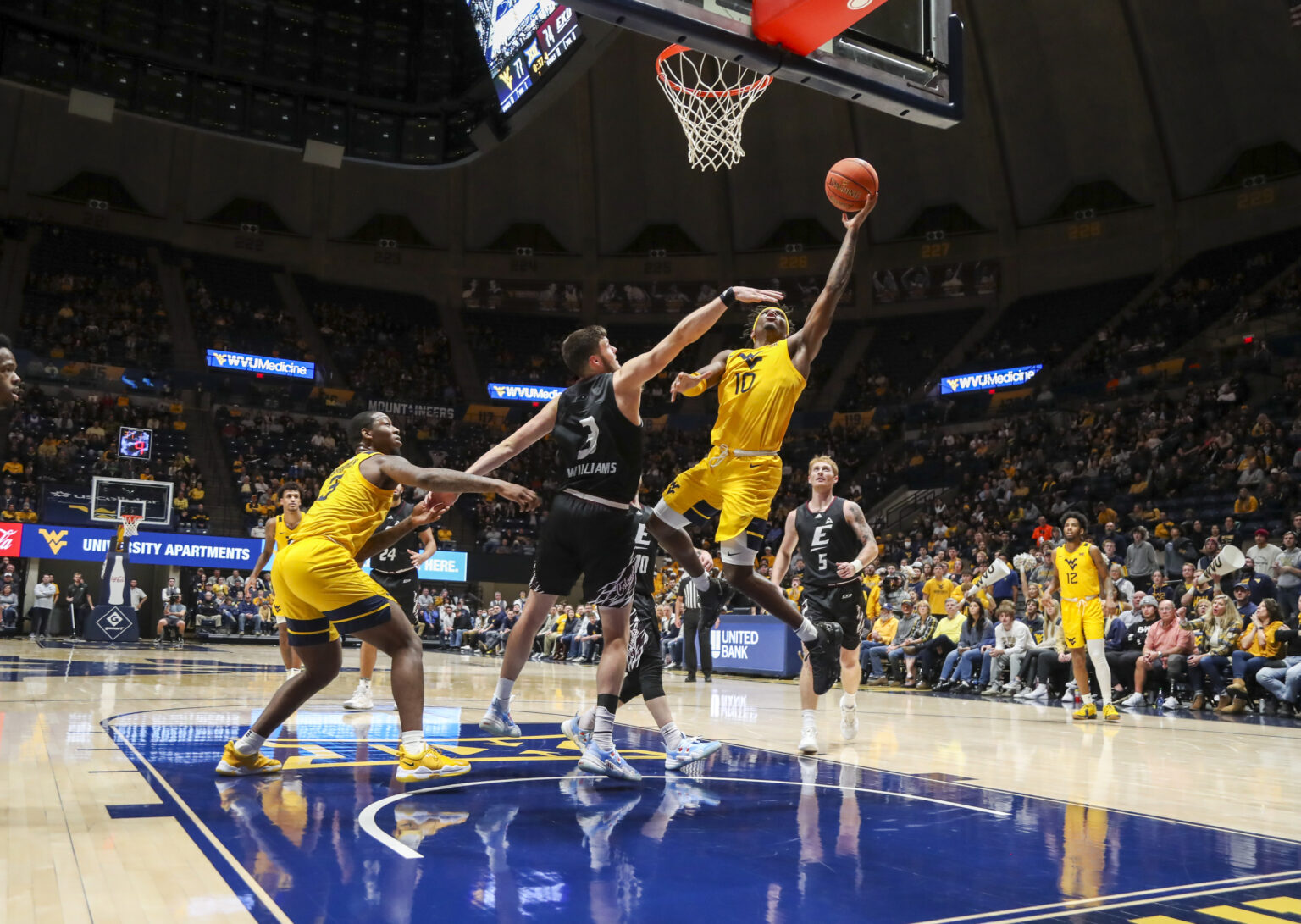 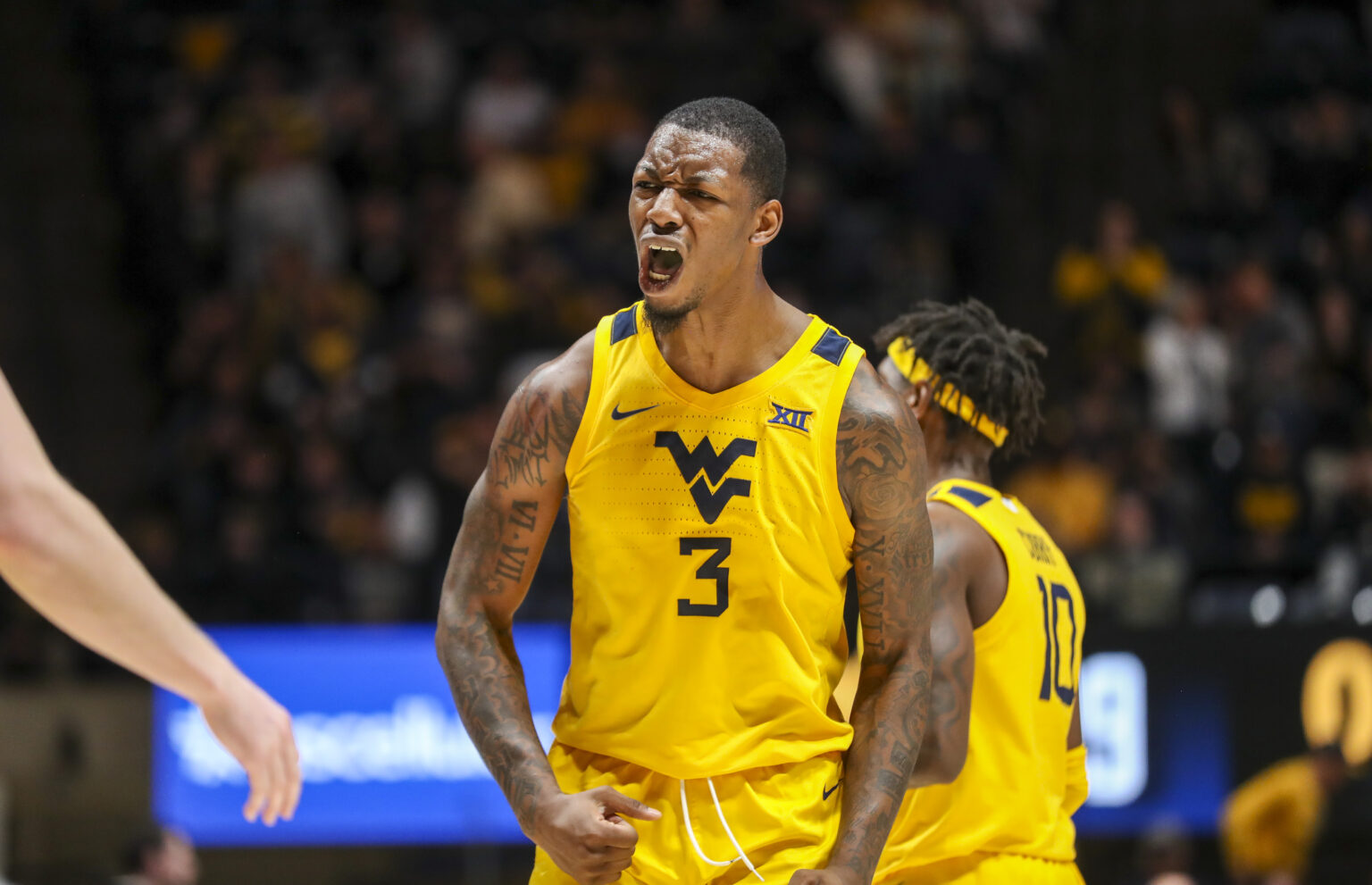 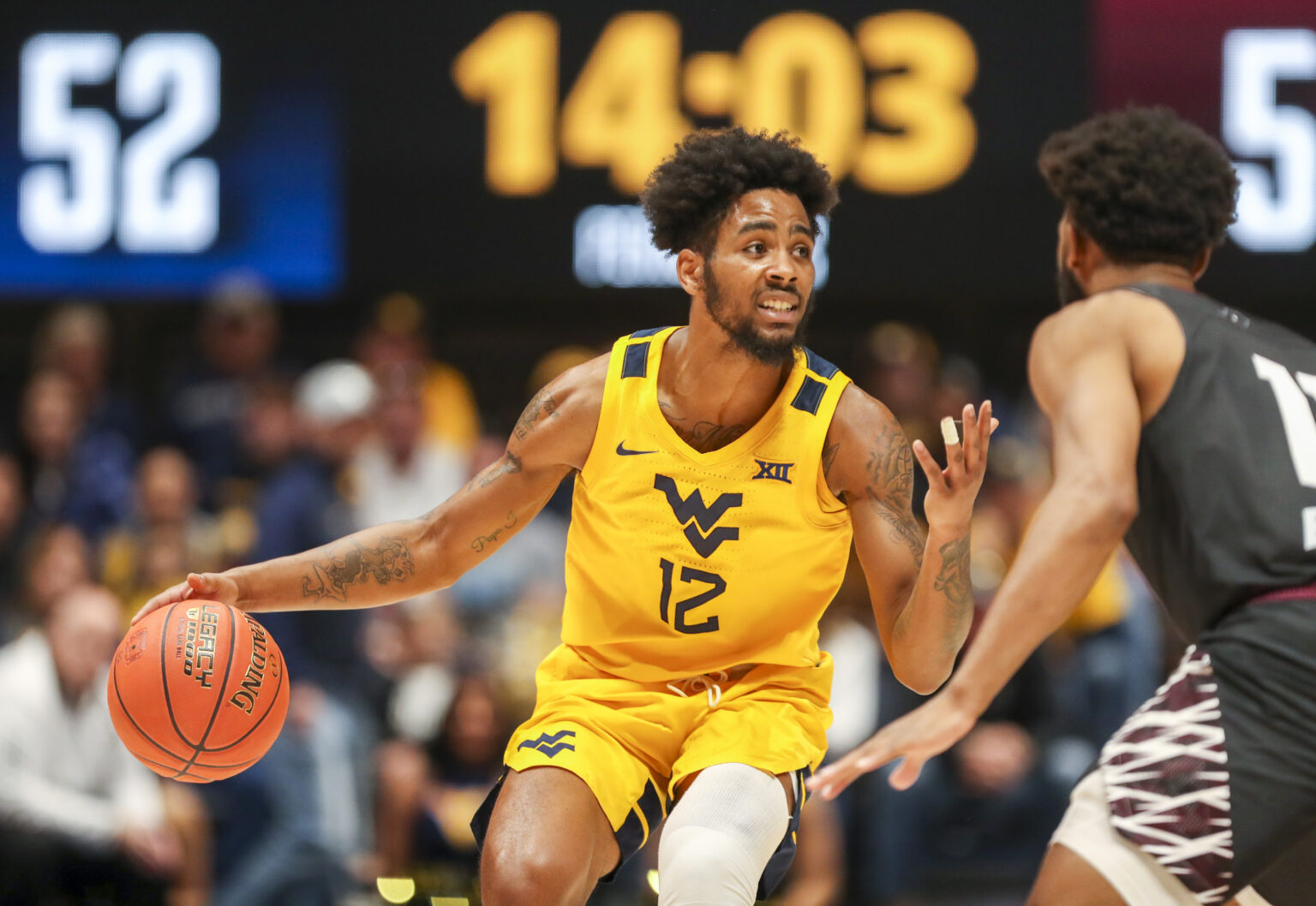 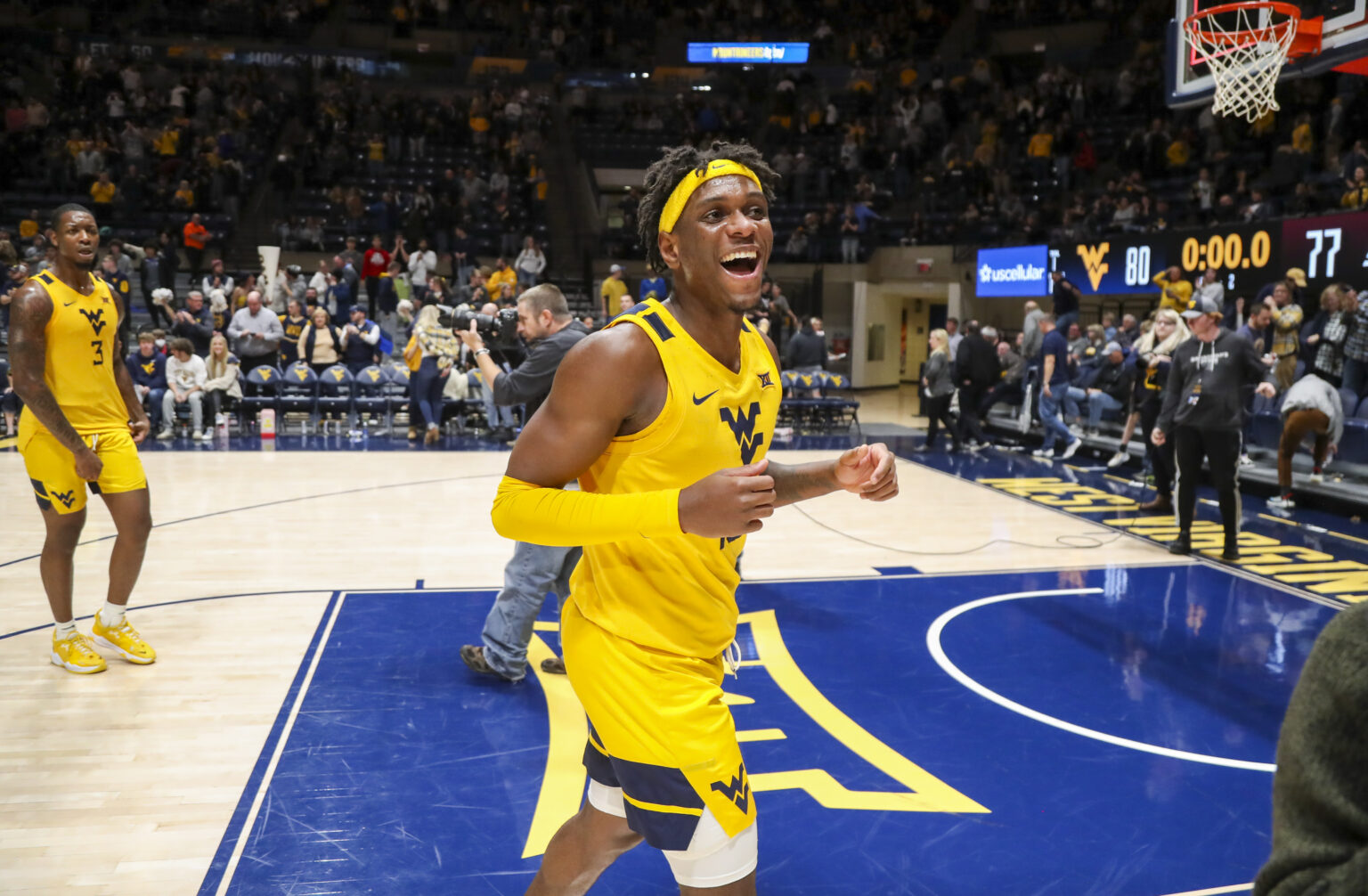 MORGANTOWN, W.Va. — Facing a stiff challenge in its return to the Coliseum, the West Virginia men’s basketball team escaped an upset bid from a game Eastern Kentucky team, 80-77 on Friday night.

The visiting Colonels opened the contest on a 12-2 run behind a perfect 4-for-4 start from behind the three-point line, including two triples from Marshall transfer Jannson Williams. He led EKU with 22 points on the night.

An 8-2 run from West Virginia cut the lead down to just four with five minutes played but the hot shooting continued for the visitors as Eastern Kentucky guards sliced through the Mountaineer pressure to spark a 9-2 spurt of their own.

Coming down the stretch in the first half, the EKU lead stayed at a consistent distance, peaking at 12 with 10:16 to go before halftime. However, an 18-5 run for the Mountaineers over the next eight minutes gave WVU its first lead of the game, punctuated by a Sherman three for a 36-35 lead.

With the Coliseum on its feet, the Colonels silenced the crowd going into the locker room, scoring six of the final eight points before the break.

As Sherman and Williams continued to trade buckets on each end to start the second half, the energy picked up for the hosts with Kedrian Johnson, Gabe Osabuohien and Pauly Paulicap sparking the defensive effort.

Getting his most extensive playing time of the season, Paulicap pitched in a much needed 5 points and 5 rebounds while bringing the building to its feet with a thunderous second half block shortly after Sherman put the Mountaineers back in front with a trio of free throws.

While EKU maintained a narrow lead for the majority of the second half, West Virginia stayed within striking distance the continued perimeter scoring of Sherman and physical play on the offensive glass from Osabuohien, Paulicap and Dimon Carrigan.

With six minutes to play and Eastern Kentucky clutching on to a 67-66 lead, Carrigan walled up when switched onto Colonels’ guard Braxton Beverly while Malik Curry picked the North Carolina State transfer’s pocket from behind and went in uncontested for a layup to put the Mountaineers back ahead, 68-67.

Moments later, Michael Moreno answered with EKU’s 13th three-point make of the night to flip the momentum back in his team’s favor.

It didn’t stay there long.

On the very next possession, Sherman buried a three-ball of his own from the left wing to regain the advantage. After Devontae Blanton tied things up from the charity stripe, the ball went right back to the senior from Missouri City, Texas who attacked along the right baseline, got Williams into the air with a pump fake and knocked down the short jumper for the old-fashioned three-point play and the lead.

Despite a missed free throw, Osabuohien hauled in the offensive board and with the shot clock winding down, Curry banked in a clutch jumper from the left elbow to give West Virginia its largest lead to that point at 75-71.

After another tough bucket from the Old Dominion transfer, Moreno went to work in the post to cut the lead to three before WVU coach Bob Huggins used his second timeout. Facing the Eastern Kentucky pressure defense, the Mountaineers turned it over with a ten-second violation but a Blanton three fell wide of the mark.

Following another WVU timeout, Curry sliced through the lane and finished a scoop layup on the left side to put West Virginia back ahead by five. Beverly missed from three and could not finish inside after a Williams rebound to answer.

With under 30 seconds to play, Sherman pushed the ball up the floor before being intentionally fouled, sinking one of two to set WVU’s final mark at 80 before a Russhard Cruickshank triple at the horn brought EKU up to 77.

Sherman wrapped up the night setting a new career-high with 28 points, including four three-pointers. Curry pitched in a season and WVU career-high 16 on 6-8 from the floor. Williams led Eastern Kentucky with 22 points and seven rebounds while Beverly and Moreno each put in 12.

With a new top number in his third year at WVU, Sherman said he knows this diverse offensive game has always been there and was just waiting for an opportunity like this to come out.

“When I first got here most of my stuff was catch-and-shoots because we had playmakers that could get me the ball, so I was always in a catch-and-shoot situation,” Sherman said. “But now I know a lot of people are trying to run me off the line.

Coming from a situation at Old Dominion where he was relied on to score, Huggins figured Curry would be able to step up in moments like these.

The Mountaineers finished a tough shooting night just 5-23 from three-point land but converted 21 points on 19 offensive rebounds. Eastern Kentucky continued its form of quality marksmanship under Marshall grad A.W. Hamilton, sinking 14 from behind the arc out of its 27 made field goals.

West Virginia moves to 5-1 on the season and returns to the Coliseum for the second of a five-game homestand on Tuesday against Bellarmine.