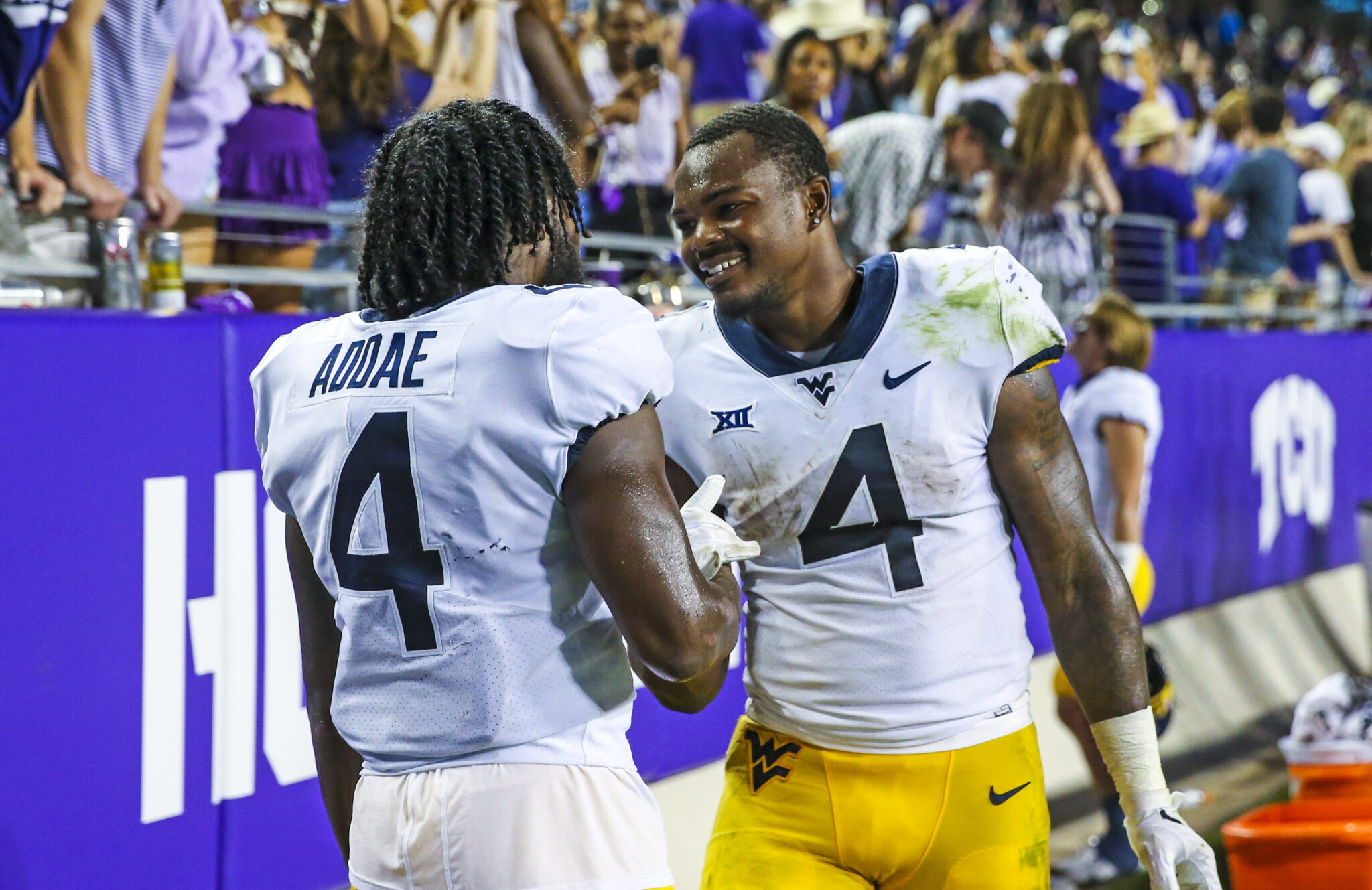 A season’s worth of work is on the line Saturday night for West Virginia at David Booth Kansas Memorial Stadium.

The Mountaineers face Kansas at 7 p.m. needing a win to become bowl eligible and finish the regular season at the .500 mark. A loss would leave West Virginia (5-6, 3-5) with its second 5-7 campaign in three seasons under head coach Neal Brown.

The Jayhawks (2-9, 1-7) are assured of a last-place finish in the Big 12 Conference in Lance Leipold’s first year as head coach after Texas’ 22-17 win over Kansas State on Friday.

But Kansas enters its final game off two of its better performances this season, having won at the Longhorns 57-56 in overtime, before suffering a 31-28 loss to TCU in its final road contest last weekend.

“It’s a huge game for us on the road. Kansas is playing their best football,” Brown said. “I have a lot of respect for coach Leipold even before getting to Kansas. We played them when he was at Buffalo. Schematically, they’re very good in all three phases. They’re great talent evaluators and schematically, they do a really good job and their kids always play extremely hard.”

A big factor in the Jayhawks’ improvement is the play of quarterback Jalon Daniels. The 6-foot, 203-pound sophomore signal caller completed 43-of-60 passes for 457 yards with five touchdowns and one interception against Texas and TCU. Daniels also rushed for 82 yards and two scores over the two games.

Tailback Devin Neal leads the Jayhawks with 707 rushing yards and eight TDs, but may miss the season finale with an injury suffered in the second quarter against TCU. Leipold announced earlier in the week Neal would be doubtful to questionable for Saturday’s contest.

If Neal can’t go, Jason Bean, who got the bulk of the snaps at quarterback before November, would be the Jayhawks’ top rusher with 402 yards.

Wide receiver Kwamie Lassiter is a perimeter threat the Mountaineers will have to be aware of throughout. Lassiter has 52 receptions for 608 yards and three scores.

“Offensively, they stress you and that’s the best explanation,” Brown said. “They do a really good job with shifting and motion. They shift and motion pre-snap even more so than Iowa State. They want to get you confused.

“I would give two main reasons why they’re playing their best football. I put it on Lance and his staff, because you can see the things they emphasize and week in and week out, they’re starting to show up more. So a high level of buy-in and they’re doing a great job motivating them. The second thing is Jalon Daniels. He’s been electric the last two weeks. He made play after play versus Texas and TCU. You can tell he’s confident and he’s changed the demeanor of the football team.”

Brown says the Mountaineers must also be aware of KU taking chances at any point regardless of field position.

“They’re capable of doing a lot of things. They’ve used tricks. They’re going to be aggressive and go for it on fourth down,” he said. “That’s something they just believe in.”

While the Jayhawks have been far more competitive of late, they’ve had their share of defensive struggles, allowing at least 31 points in every game save for a season-opening 17-14 win over South Dakota. KU is surrendering 7.3 yards per play and gives a lot of zone coverage looks with a youthful secondary, while generally utilizing a 4-3 or 4-2-5 alignment.

Safety Kenny Logan is a standout and leads the unit with 99 tackles, two forced fumbles, one fumble recovery and an interception.

West Virginia has to like its chances moving the ball so long as it can protect quarterback Jarret Doege and create running room for tailback Leddie Brown.

Doege is coming off a strong performance in a 31-23 win over Texas, one that earned him Big 12 Offensive Player of the Week honors. The senior completed 27-of-43 throws for 290 yards with three touchdowns. He enters with 16 touchdowns and 10 interceptions, having completed better than 65 percent of his throws for 2,738 yards.

“He played extremely well and I thought he was on point and didn’t have the critical error that sometimes cost us,” Neal Brown said. “He made some big-time throws, especially in the first half.”

Leddie Brown, who has feasted on the Jayhawks throughout his career, is 91 yards short of 1,000 rushing yards for the season. The Philadelphia native is averaging a respectable 4.5 yards per carry and has scored 12 times on the ground.

West Virginia has gotten quality production from its wideouts for much of the season. Five have better than 300 yards in receptions, while six are over 150 yards with the emergence of true freshman Kaden Prather in recent weeks.

Winston Wright leads the group with 57 catches and 643 yards.

A big reason for the Mountaineers’ offensive output last week was converting 12-of-20 third downs, something that could carry over against a Jayhawks’ defense allowing opponents to move the chains on better than 56 percent of third downs.

“That was a point of emphasis we focused on last week,” Wright said. “All week in practice we worked on what looks we would get on third downs and we were successful.

“We knew they were going to man-to-man us on third downs and we practiced our man beaters. Everybody beat their man and it was kind of easy on the quarterback to complete the pass.”

Veteran safeties Sean Mahone (71 tackles) and Alonzo Addae (64) are the team’s second and third-leading tacklers, and Mahone helped preserve the win over the Longhorns with a late interception.

The defensive line has been a strength of West Virginia’s for much of the season, with Akheem Mesidor, Dante Stills and Taijh Alston leading the unit.

West Virginia leads the all-time series with Kansas 9-1, including victories in eight of nine matchups since joining the Big 12. The Mountaineers have won seven straight in the series, averaging 41.5 points over that time.

“We have to stack some games and play consistent football more so than just in a one-game period,” Neal Brown said. “We need to do it back-to-back and we need to do it on the road.”