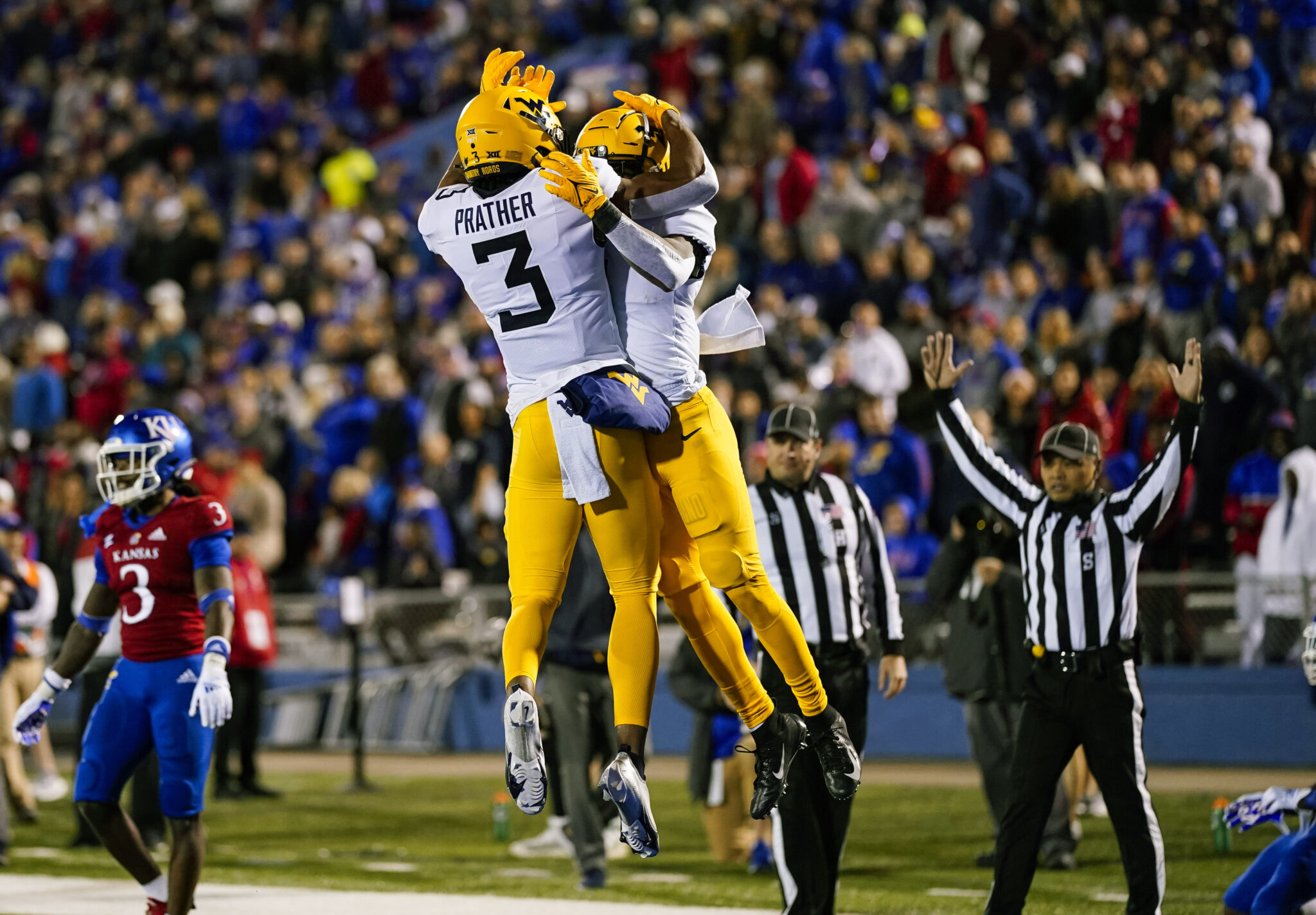 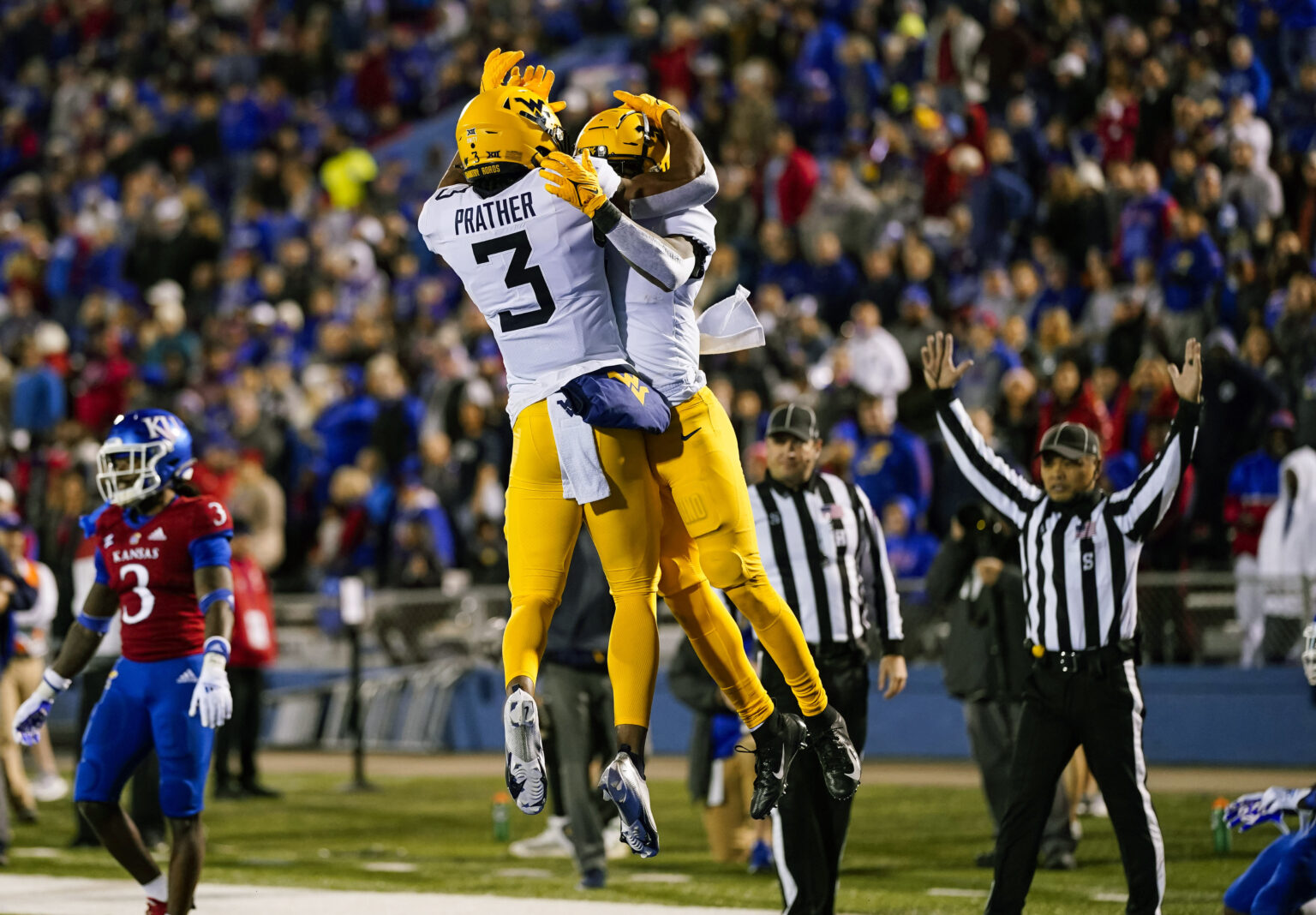 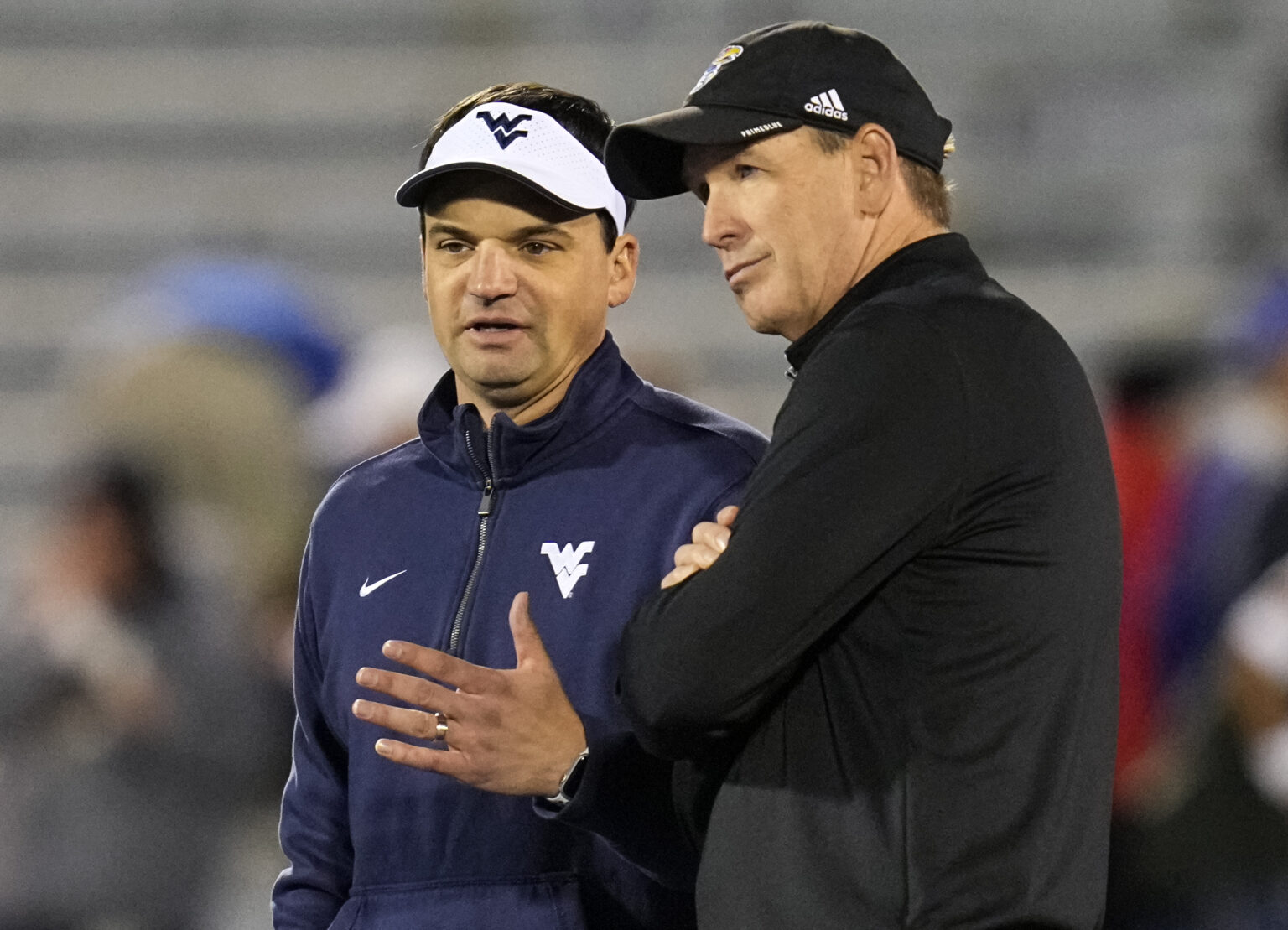 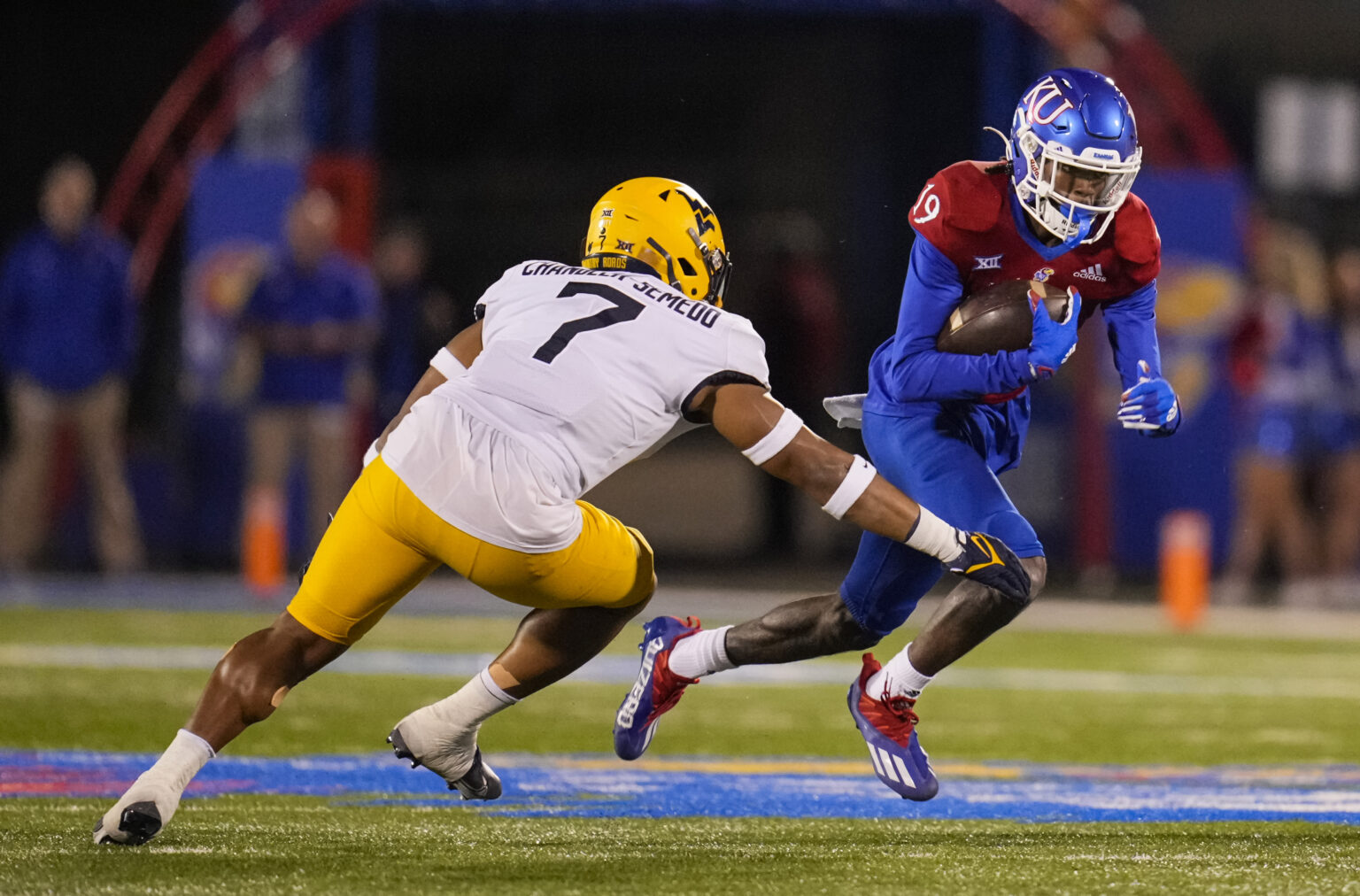 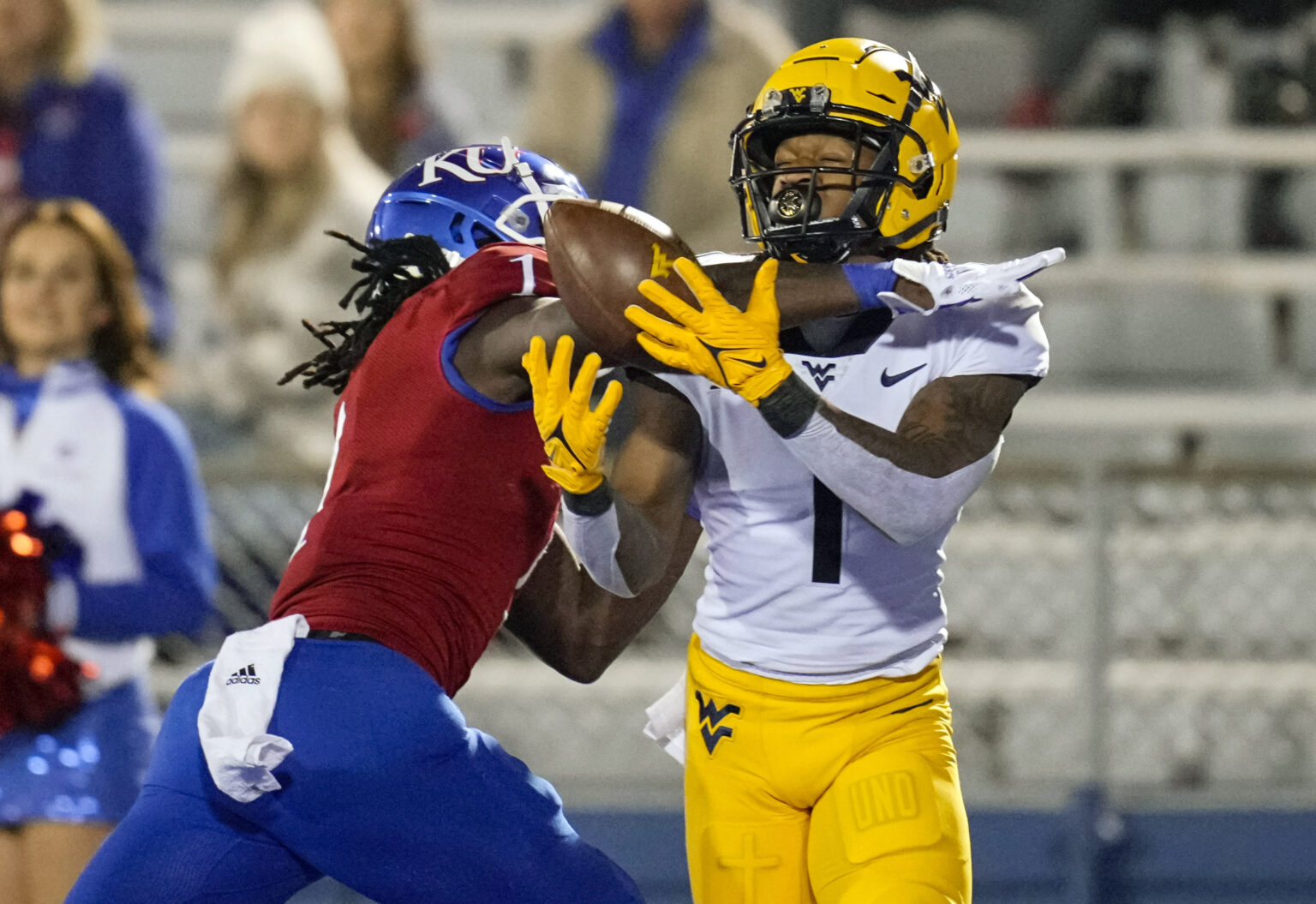 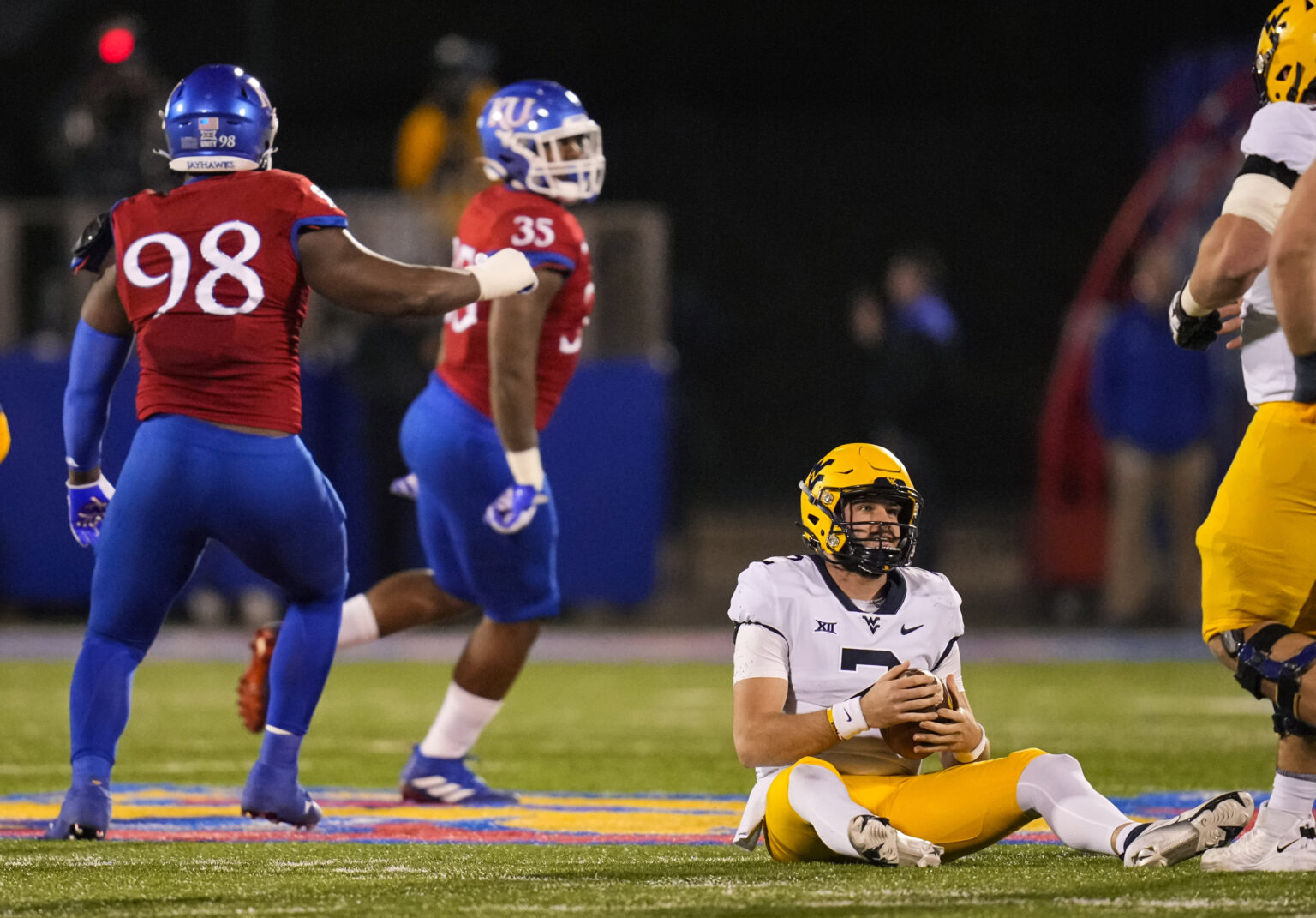 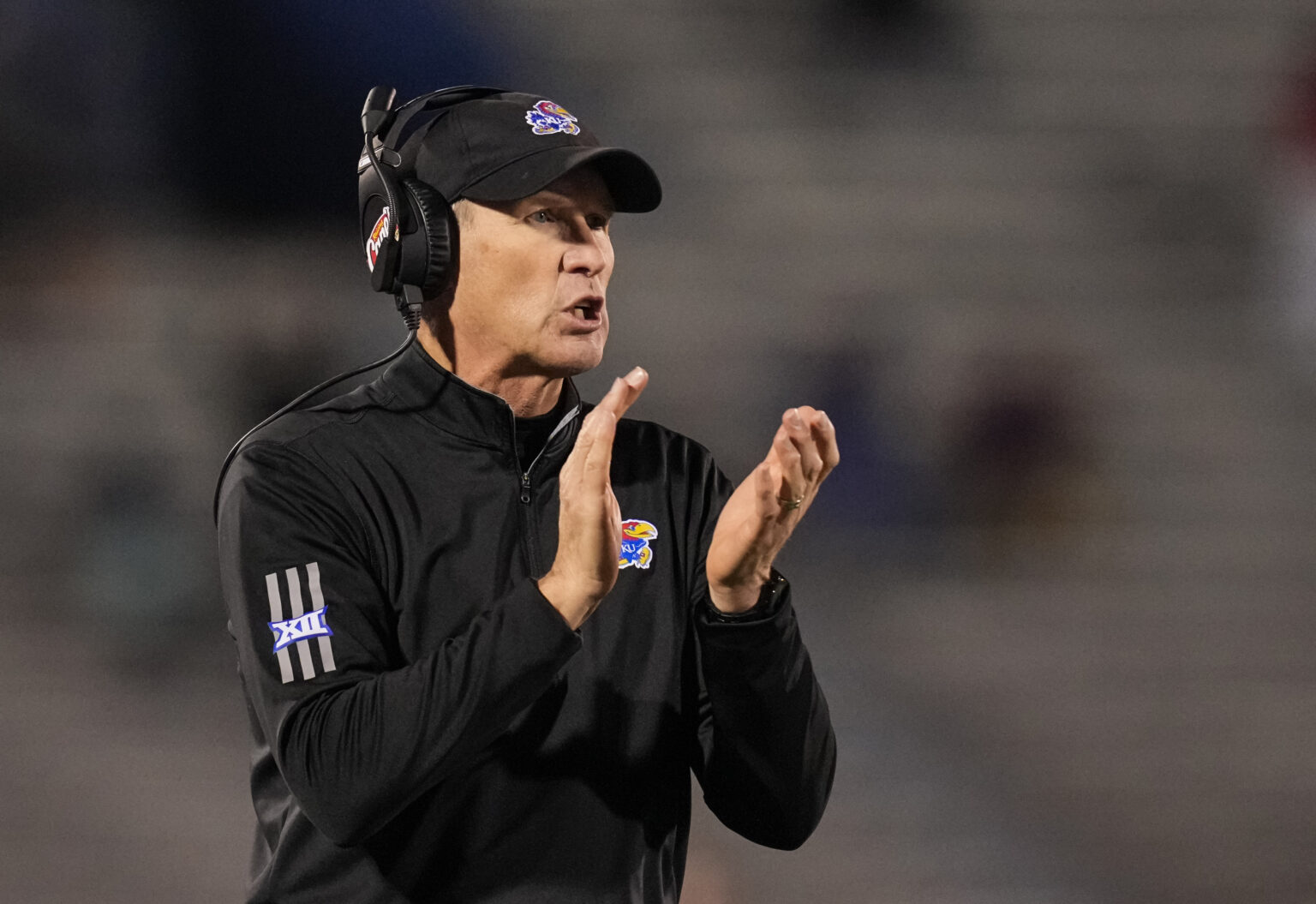 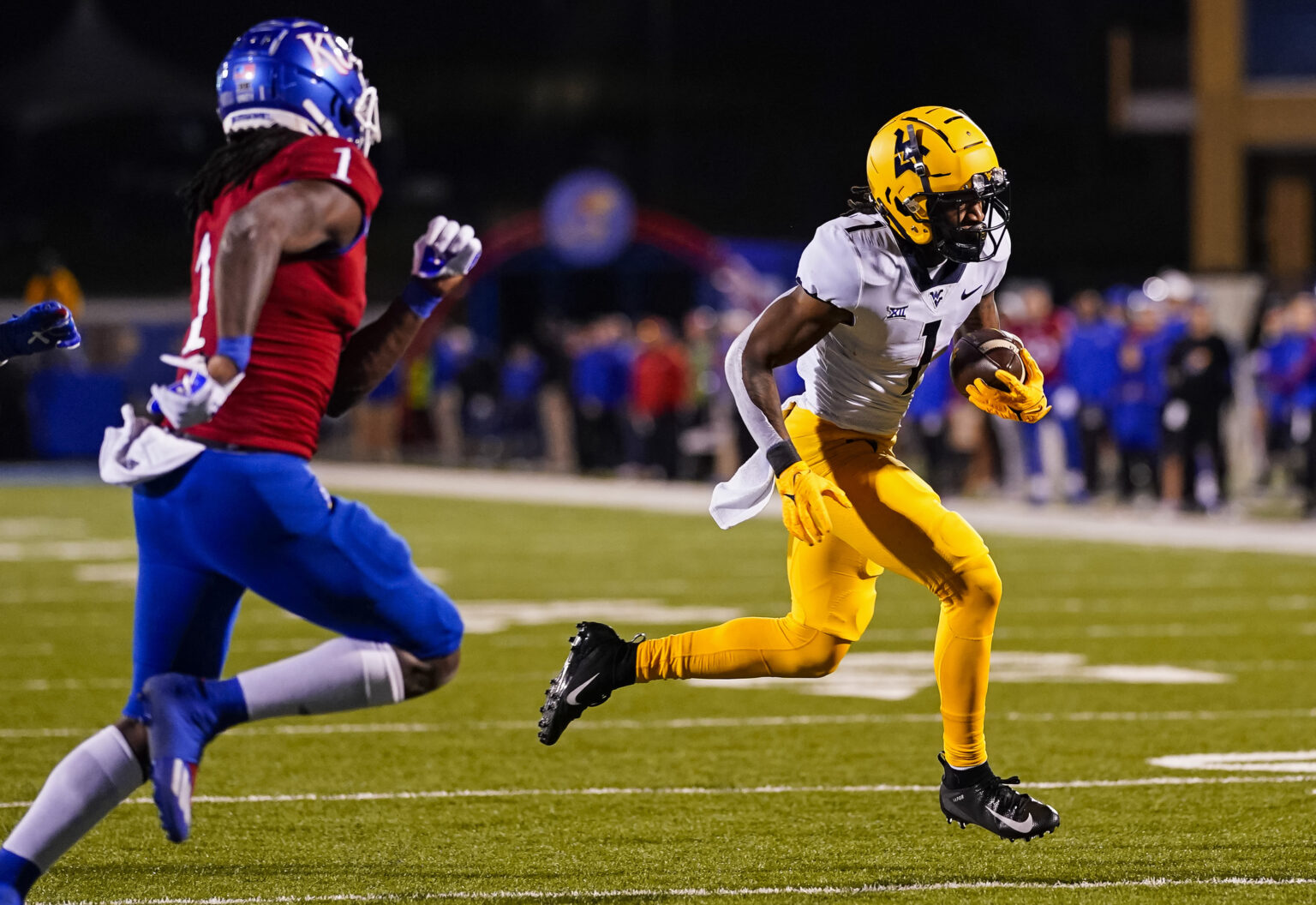 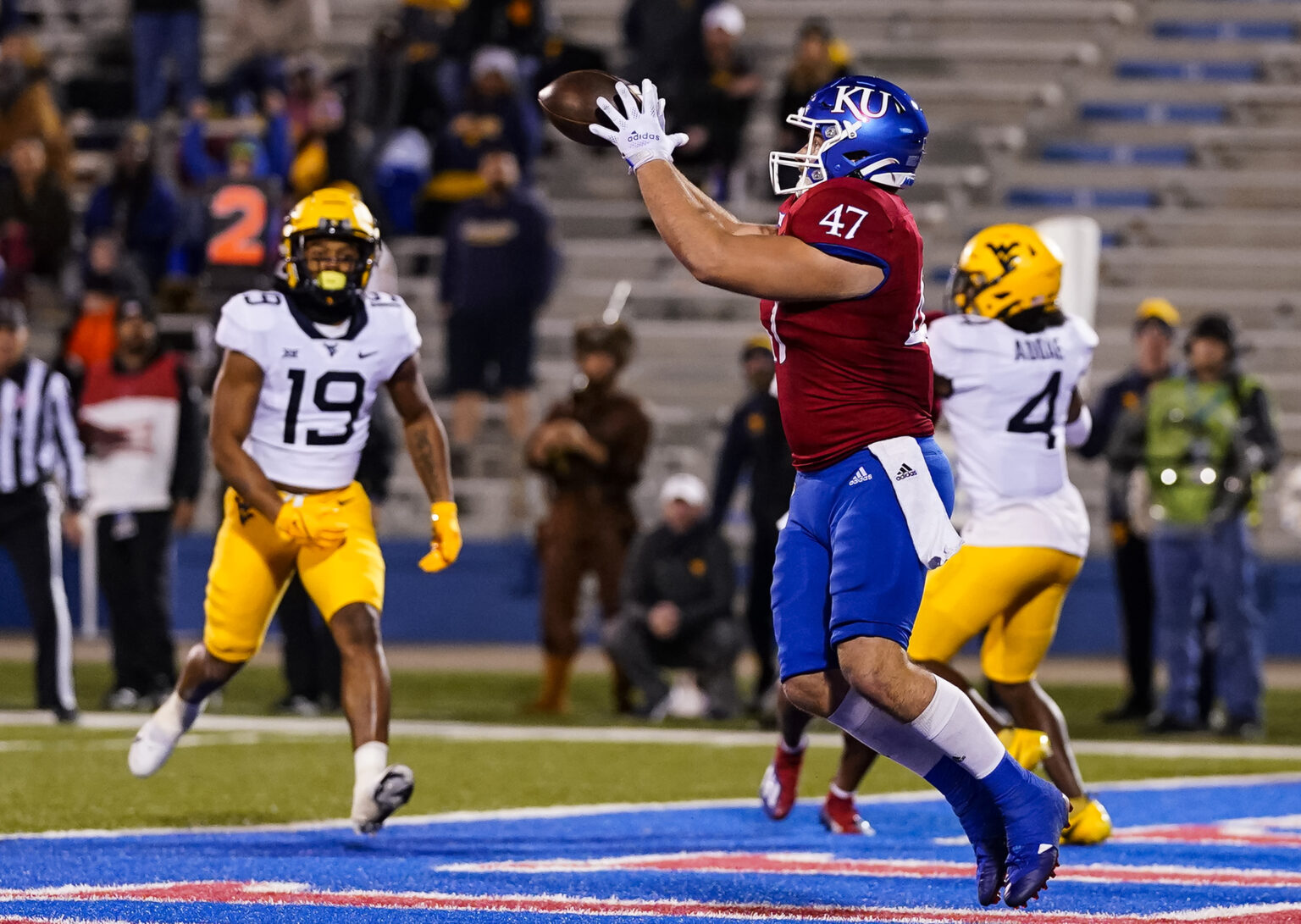 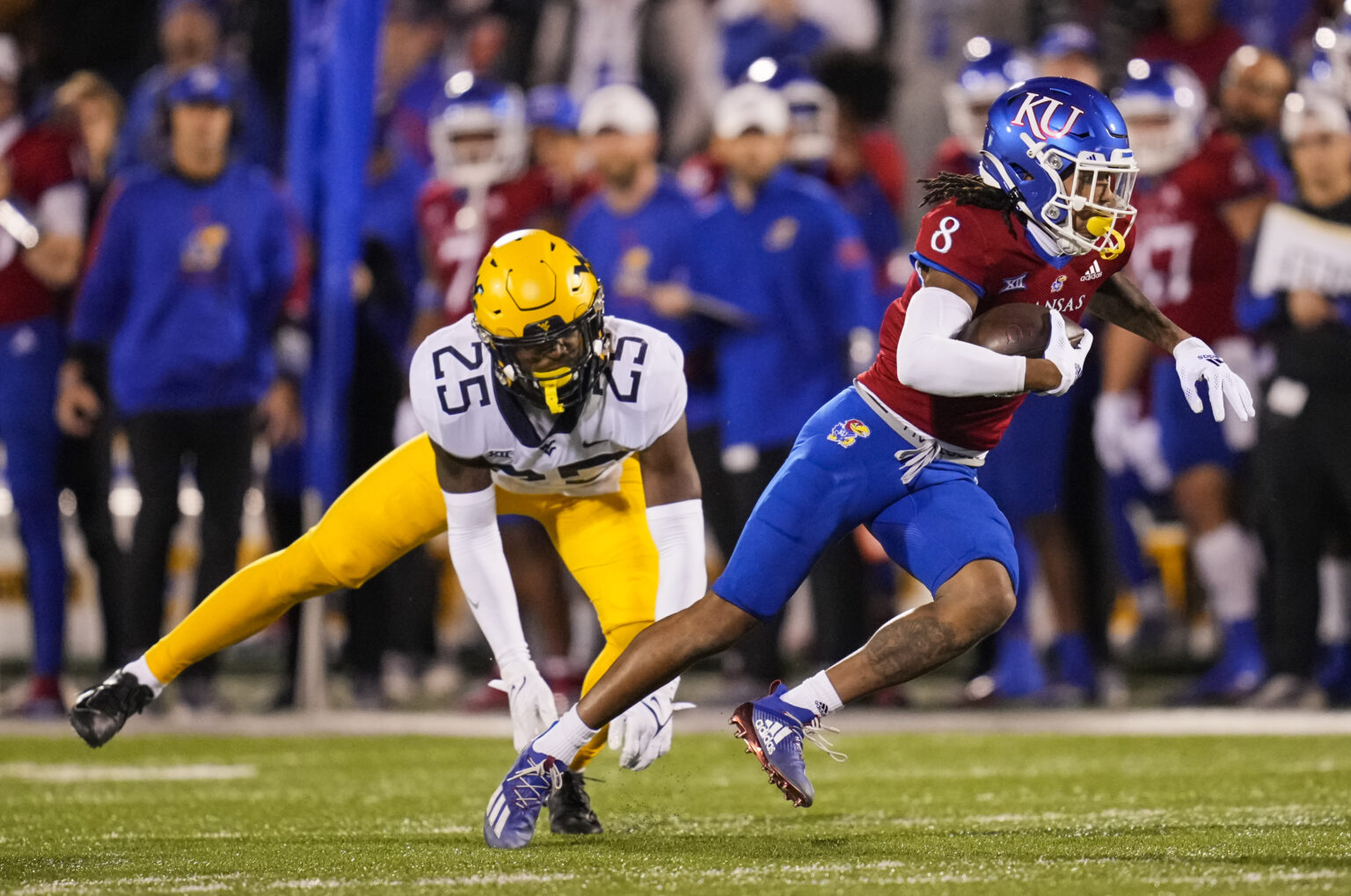 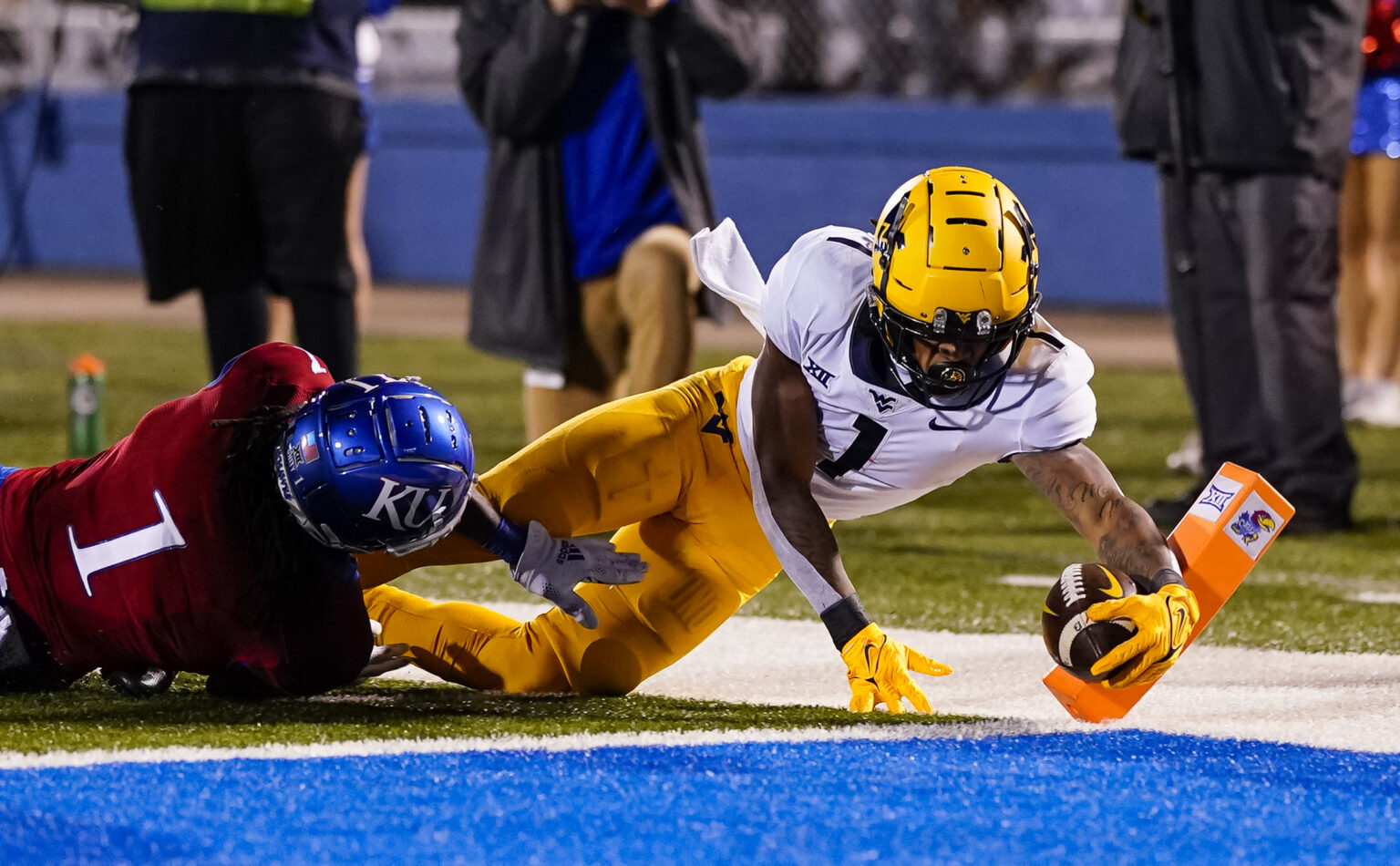 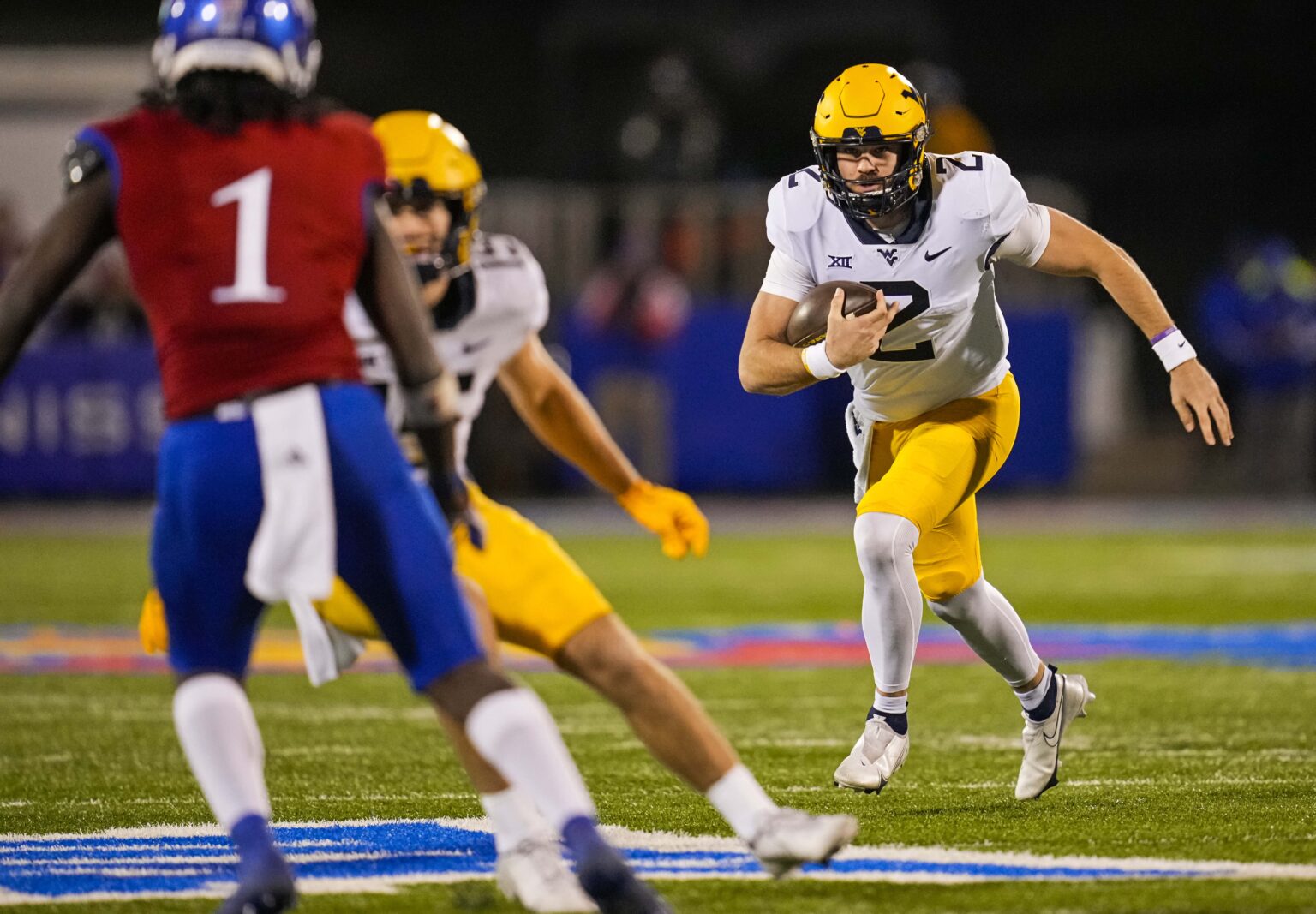 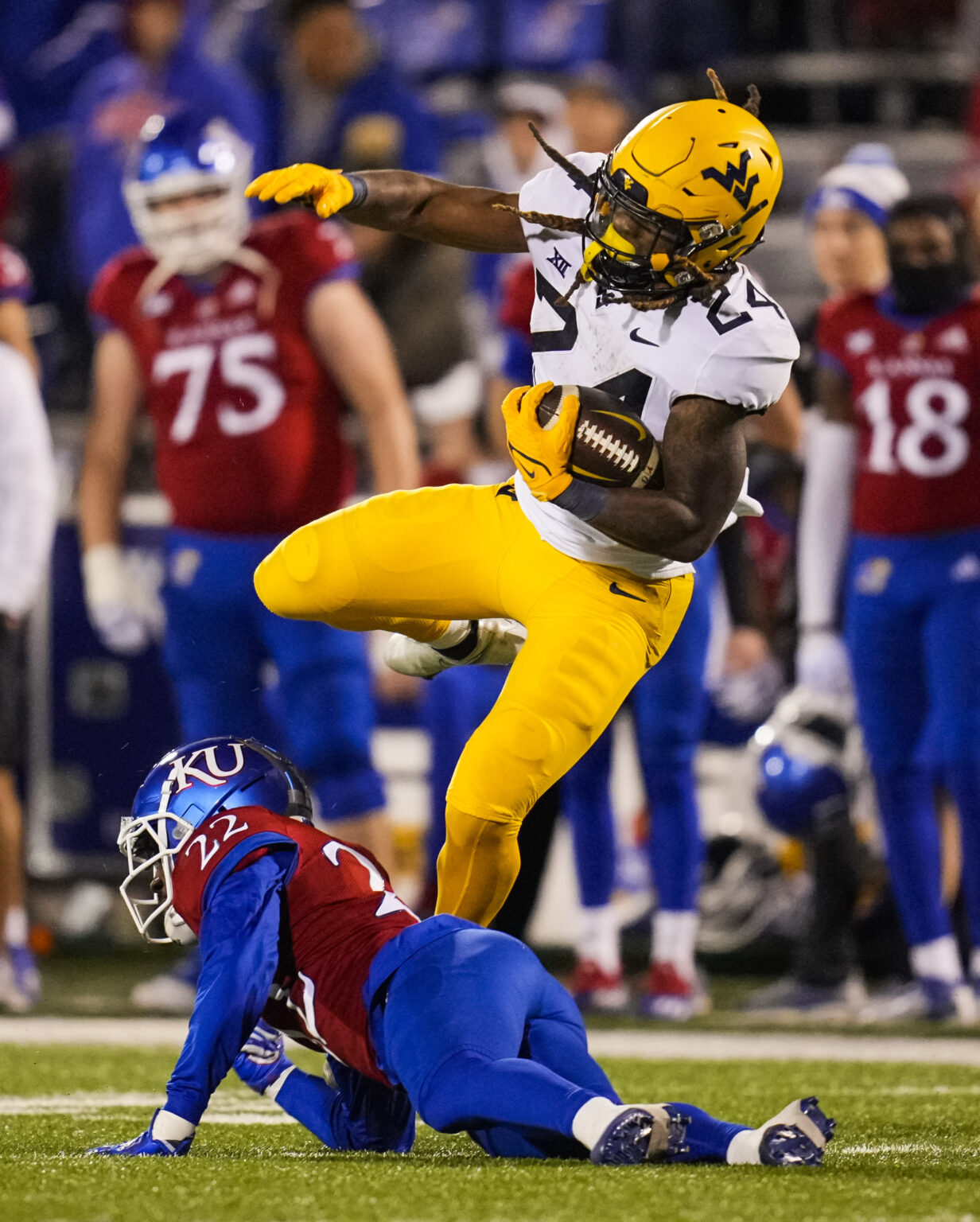 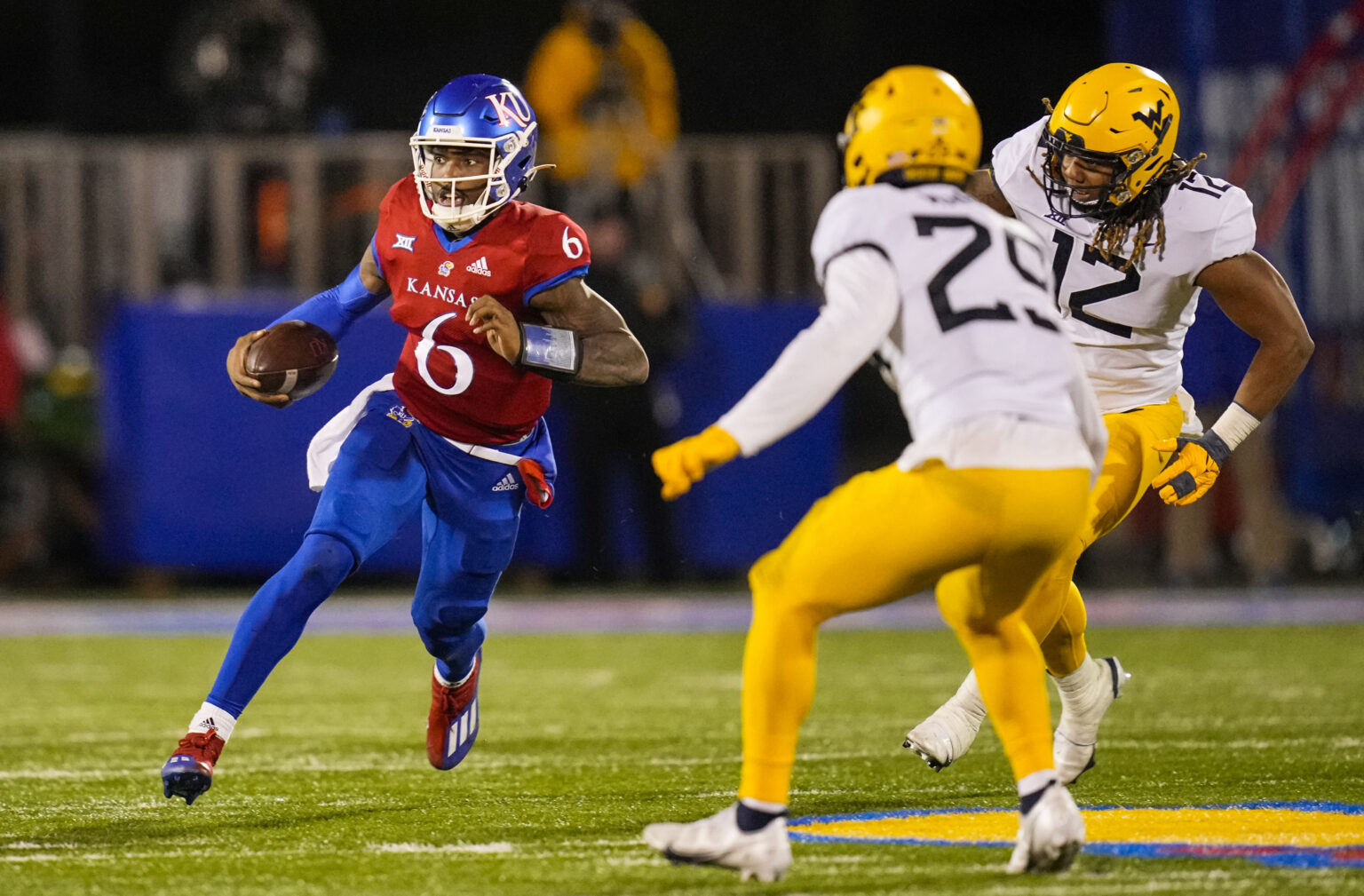 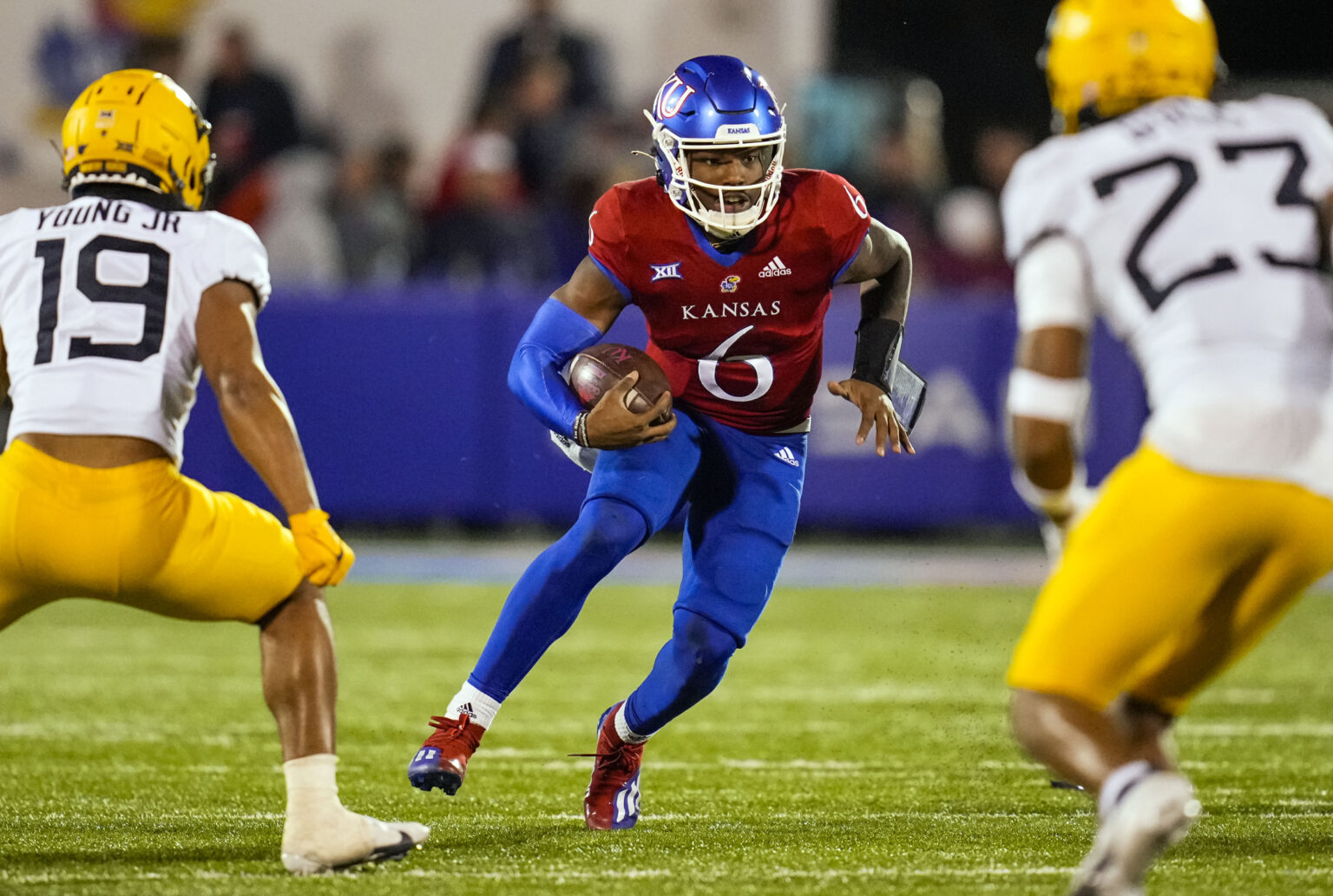 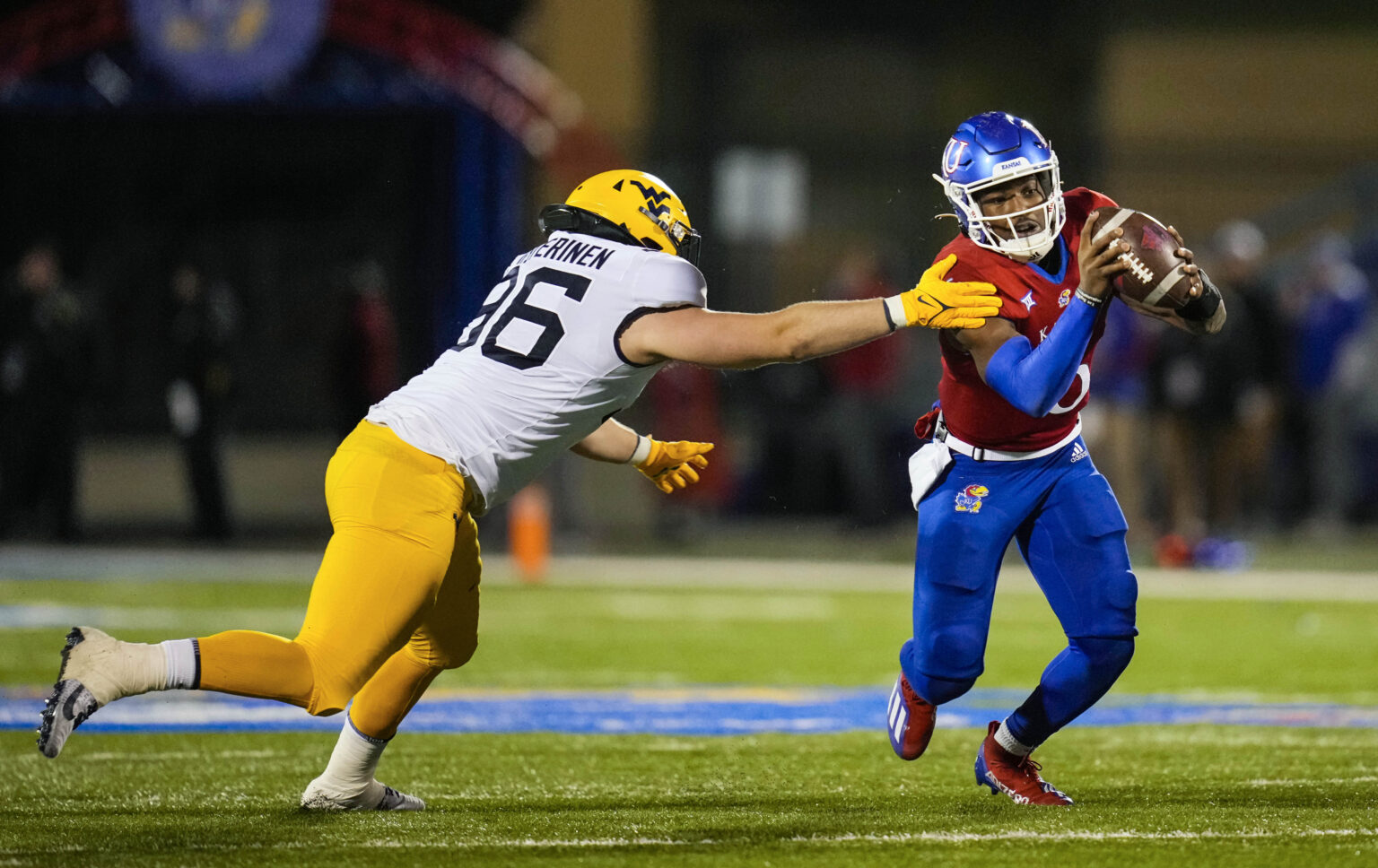 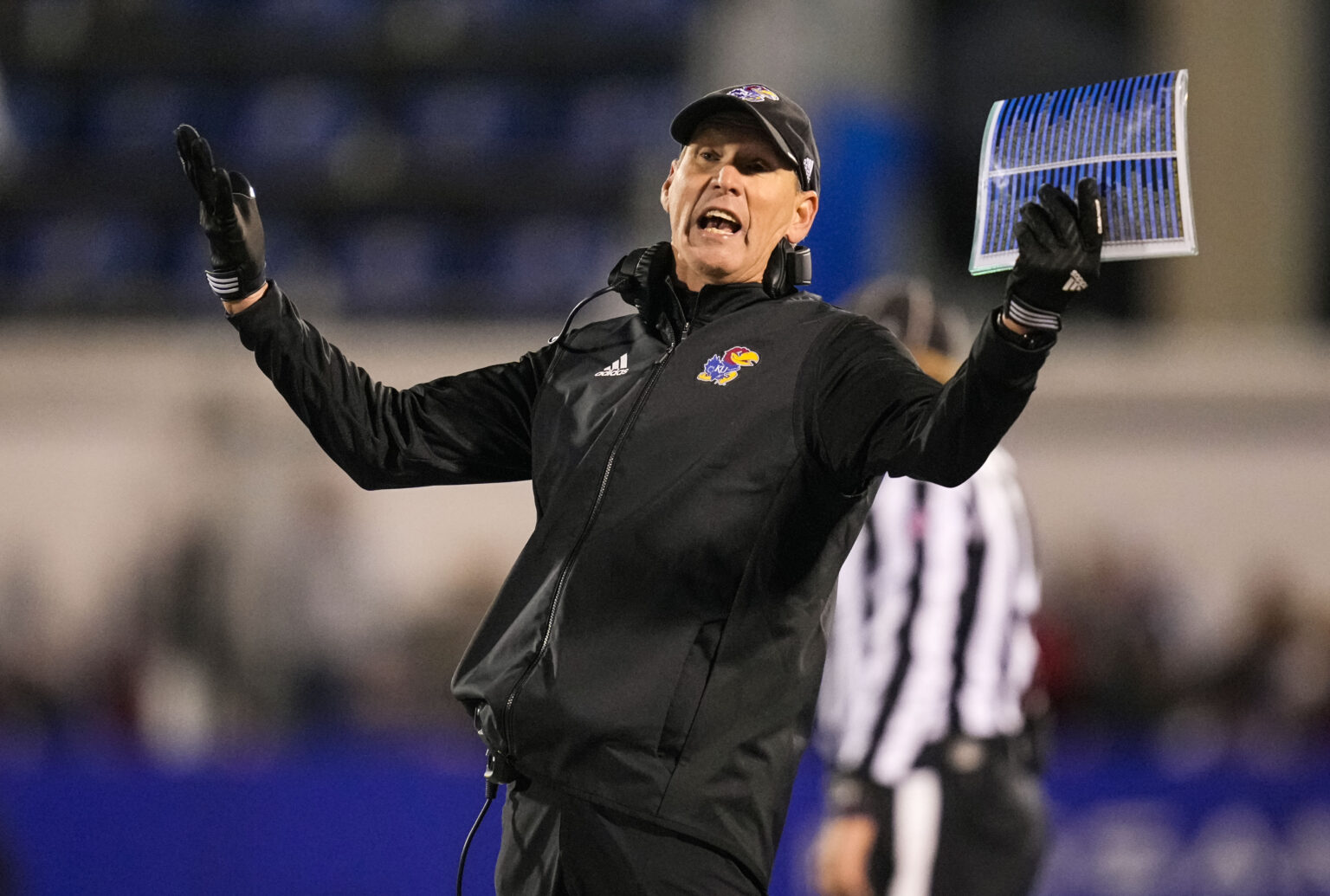 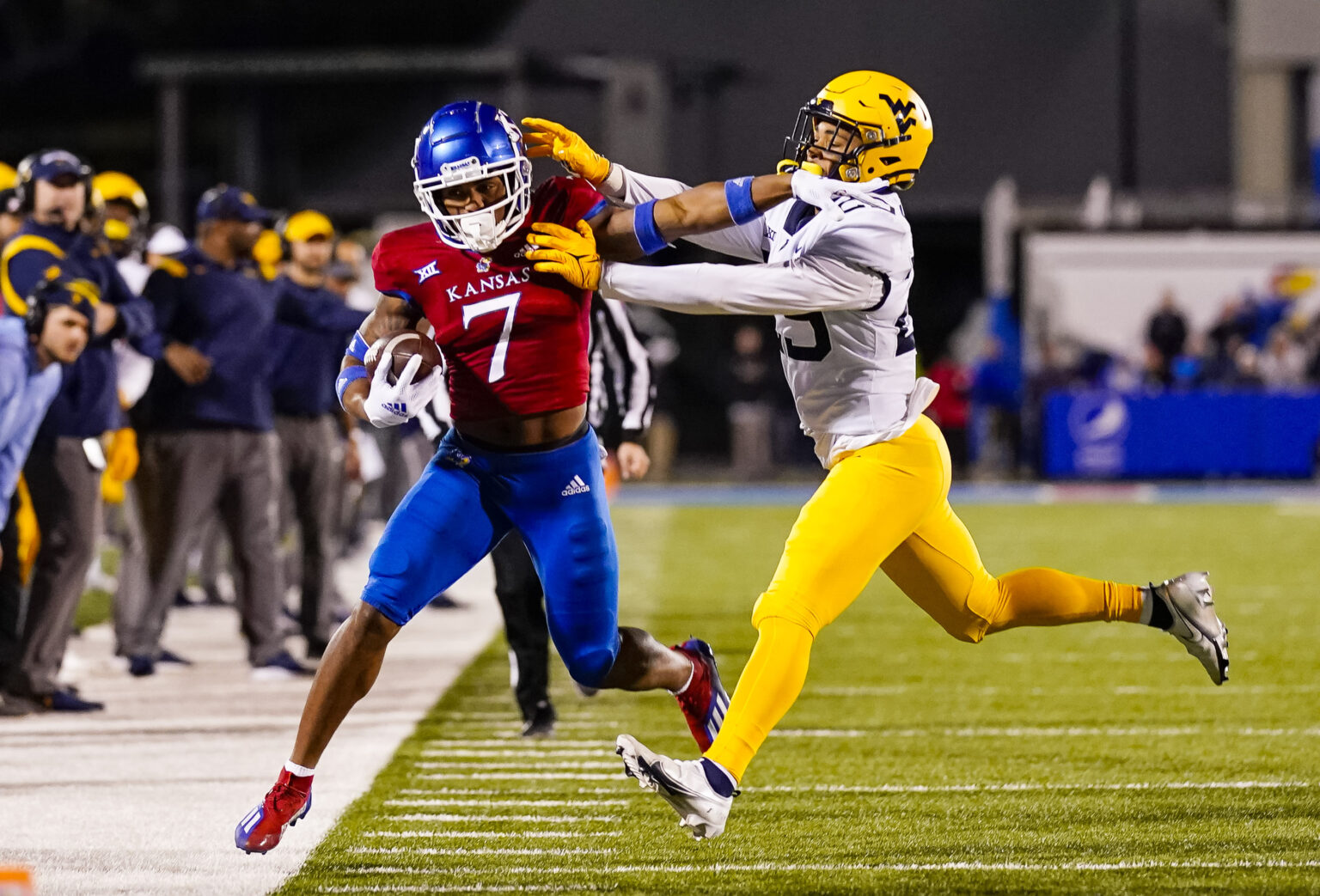 West Virginia powered its way past Kansas and became bowl eligible in the process with a 34-28 victory Saturday night.

The Mountaineers rushed for a season-high 261 yards, helping them overcome two turnovers, including Gavin Potter’s 28-yard interception return for a touchdown that allowed the Jayhawks tie the game at 21 early in the third quarter.

“I’m proud of our staff and players,” third-year WVU head coach Neal Brown said. “We handled adversity extremely well today and we were resilient. It says a lot about them not just as football players, but as people. At the end of the day, that’s what we’re trying to develop is people, and resiliency is a life skill. I’m really proud of them.”

In between Legg’s field goals, linebacker Josh Chandler-Semedo made his first of two interceptions on a Jalon Daniels first down red zone pass.

Chandler-Semedo’s second interception also came in the red zone when he snatched a Daniels throw on fourth-and-11 with the Mountaineers leading by 13.

When West Virginia entered its bye week 2-4, Chandler-Semedo vowed the Mountaineers would improve over the second half of the season and that he would not settle for a losing record in his final collegiate campaign.

It is the 18th time in the last 20 seasons West Virginia is bowl eligible.

“That’s pretty much a standard to get to a bowl game and to fall below the standard is unacceptable,” Chandler-Semedo said.

Still, West Virginia didn’t secure the win in front of 23,117 at David Booth Kansas Memorial Stadium until Winston Wright recovered an onside kick after Daniels stretched the ball over the goal line for a 3-yard TD run that brought Kansas to within six with 1:43 to play.

“We made it hard and some of that is definitely due to Kansas,” Neal Brown said.

Jacob Borcila’s 46-yard field goal gave the Jayhawks (2-10, 1-8) the early 3-0 lead, and they had a chance to expand on it when Potter recovered a Brown fumble on the Mountaineers’ first play from scrimmage.

But after the Jayhawks got inside the WVU 5-yard line, Daniels was sacked by Jared Bartlett and Sean Mahone on fourth-and-3.

“We messed an exchange up, which is beyond frustrating to me, but our defense stood,” Neal Brown said.

West Virginia then drove 84 yards in six plays and produced its points on the first of two Jarret Doege 14-yard touchdown passes to Wright.

Borcila’s 35-yard field goal made it a one-point game, before West Virginia drove 75 yards in 14 plays and upped its lead to 14-6 on Wright’s second scoring grab.

“The play was covered and they dropped eight and I didn’t have anywhere to go,” Doege said. “I was looking around trying to find somebody and kind of put it to where only he could get it and he made a play.”

The Jayhawks answered with their first touchdown when Daniels connected with Jared Casey on an 8-yard pass.

But West Virginia put together a pivotal 59-yard scoring drive late in the first half and it ended with Doege’s 7-yard TD pass to Sam James, allowing the Mountaineers to lead 21-13 at halftime.

“It was critical. We practice that drill a lot and we finished the 4 minutes in the first half really well,” Neal Brown said. “We got a stop, used our timeouts in the correct way and we go down and score. We had enough time to mix in the run and we did that.”

Doege completed 16-of-21 passes for 170 yards. He threw only five second-half passes, including three after Potter’s pick six.

Sean Ryan had five receptions for 87 yards to lead West Virginia’s receivers, which were without an injured Bryce Ford-Wheaton.

Daniels completed 22-of-32 passes for 249 yards, and Luke Grimm led all players with 105 receiving yards on four receptions.

The Jayhawks managed only 87 rushing yards.

“We definitely were resilient,” Chandler-Semedo said. “We gave up a little bit more than we wanted to. They’re a talented team and got us on some stuff.”

Chandler-Semedo committed to playing in the bowl game, though Leddie Brown did not, saying he hadn’t given it much thought.

West Virginia will now be afforded several weeks of extra practice time, which will also allow the Mountaineers to get healthier before their bowl game. Versatile defensive back Jackie Matthews left Saturday’s win with an injury.

“We’re kind of limping to the finish,” Neal Brown said. “Whatever bowl game we play in, we’ll have a little bit of a break, which we’ll need. We’ve been able to stay relatively healthy up front, but at the second and third levels, we’ve been decimated. I don’t know if there’s a better word for it.”