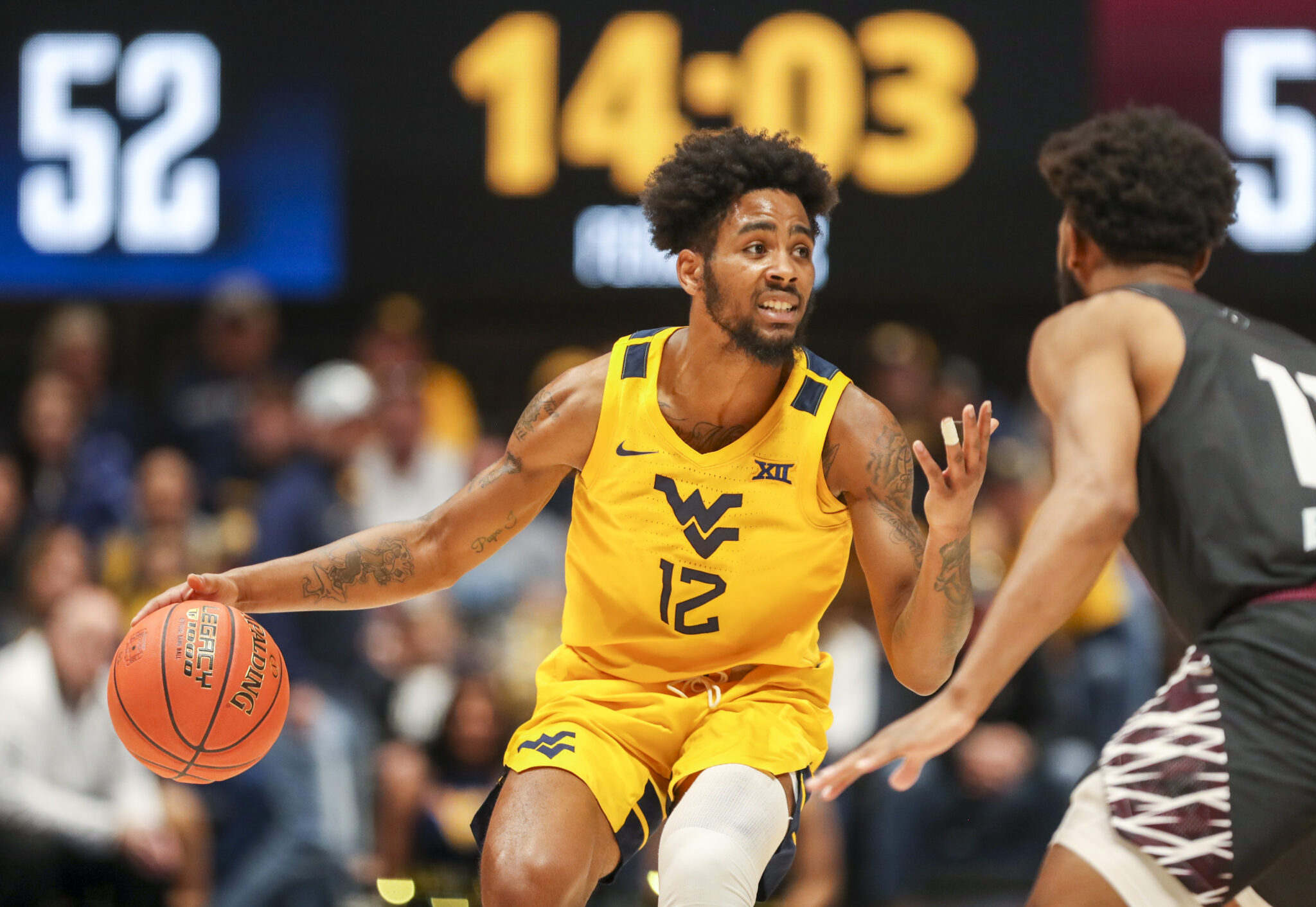 MORGANTOWN, W.Va. — West Virginia has been at its best down the stretch in each of its last two games, allowing the Mountaineers to escape with victories over Clemson and Eastern Kentucky.

“It was all coaching,” joked Mountaineer head coach Bob Huggins before offering a more serious description as to why. “Our guys have risen. The Marquette deal [West Virginia’s only loss to this point] kind of woke them up a little bit quite frankly. We had pretty good control of the game and then we had no control. We tend to play harder, but most people do. When a lead starts slipping away, everybody starts turning it up a notch.”

In securing third-place finish at the Shriners Children’s Charleston Classic against the Tigers on November 21, the Mountaineers closed the contest on a 16-3 spurt over the final 5:25. That allowed West Virginia (5-1) to turn a six-point deficit into a 66-59 victory.

Upon returning home, WVU played the Colonels last Friday at the Coliseum, a contest in which Huggins’ team trailed for nearly all of the first 27-plus minutes in. The Mountaineers were still faced with a six-point deficit midway through the second half, before outscoring EKU 23-14 the rest of the way.

As WVU gets set for the second of five straight home games at 7 p.m. Tuesday against Bellarmine, Huggins is trying to get his team to develop more consistency and play the way its proven capable of late in games for longer stretches.

“I’d like to tell you what I tell them, but it wouldn’t look good in print,” Huggins said. “Play harder longer.”

That starts with Tuesday’s matchup against the Knights, which began their transition from Division II to Division I with a 14-8 record last season.

Bellarmine is guided by veteran head coach Scott Davenport, who has held his title since 2005 after serving as an assistant coach at Louisville for nine years.

“They had great success at the Division II level and they took the next step,” Huggins said. “Scottie does a great job. I knew Scottie years and years ago when he was a high school coach. He has a great relationship in the coaching fraternity with people, so it’s easy to do things for him.”

Bellarmine (2-5) has played perhaps the most challenging schedule in college basketball to this point, losing to three teams in the top five of this week’s Associated Press poll — Purdue, Gonzaga and UCLA. The Knights’ other setbacks came against Murray State and St. Mary’s, while they enter with two straight wins over Central Michigan and Franklin College.

“It’s a lot like we used to run a while ago with all the back cuts and all the back screens, curls and isolations,” Huggins said. “That was college basketball for really a good while. When you think about the success that coach [Bobby] Knight had, it was a motion cutting, curling, fading offense. It requires having people who can pass the ball, which they do. Their guys are very skilled. It has to do with having patience and not getting ahead of yourself, which they do a good job of. He has done a terrific job of bringing personnel to that or bringing that to their personnel — one or the other.”

Defensively, the Knights are a man-to-man team and utilize the Pack Line approach designed to limit penetration and force jump shots.

“For his personnel, it serves them really well,” Huggins said. “Take away all the easy shots you can take away and make people make shots over you.”

Save for guard Taz Sherman, West Virginia’s shot-making is somewhat of a concern through six games.

While Sherman is shooting only slightly better than 40 percent, his 20.5 scoring average easily leads the Mountaineers. Sherman has registered double-figure scoring in all six games and enters off a career-high 28-point effort against EKU.

While West Virginia’s second and third scoring options — guard Sean McNeil and swingman Jalen Bridges — struggled throughout the most recent contest, the Mountaineers benefited from increased offensive production from reserves Gabe Osabuohien, Pauly Paulicap and Dimon Carrigan. The trio combined for 19 points on 8-of-11 shooting, as well as 16 of the team’s 34 rebounds.

Guard Malik Curry also continued his strong play off the bench, scoring 16 points on 6-of-8 shooting.

“Sean couldn’t make a shot. JB couldn’t make a shot,” Huggins said. “We got a lot from Malik and our bigs scored and rebounded the ball, and they hadn’t done much scoring to that point. But [Sherman] carried the load and then Gabe was terrific. Those two guys were terrific and Pauly and DC gave us really good minutes changing shots around the rim. [EKU] didn’t score around the rim much.”

Paulicap is hopeful the Mountaineers can put forth a better 40-minute effort Tuesday as WVU seeks a third straight win in its first meeting with the Knights.

“Regardless of who we play, nobody should underestimate our opponent,” Paulicap saod. “The non-conference games are to prepare us for the conference games. Our approach and how we handle scouting and go about walk-through prepares us for the real deal, so it’s definitely important.

“Underestimating your opponent can only lead to bad things. You’ve seen all these upsets.”