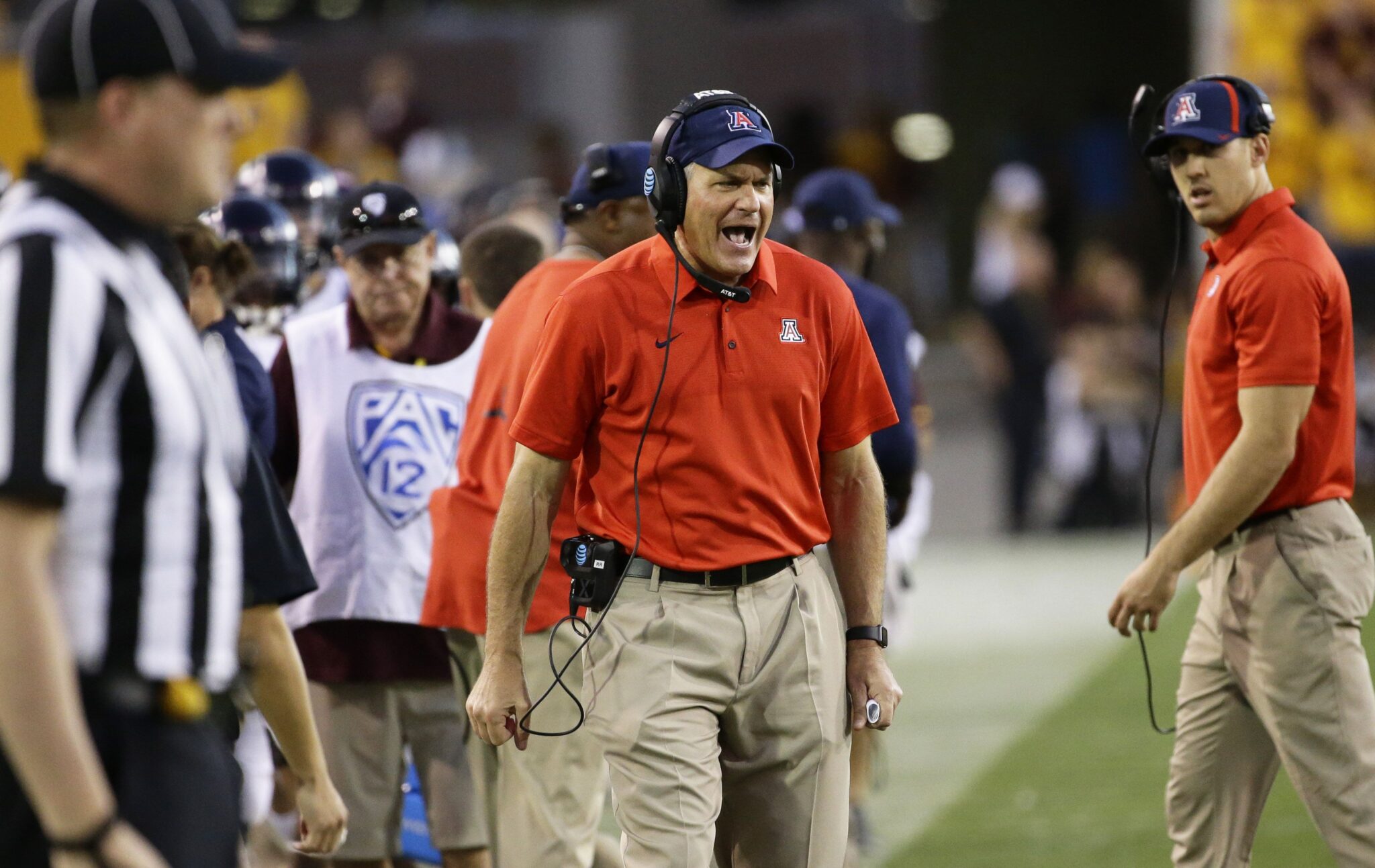 Arizona head coach Rich Rodriguez reacts after a Wildcats touchdown was called back due to a penalty in the fourth quarter on Nov. 25, 2017 during the 91st Annual Territorial Cup in Tempe, Ariz.

MORGANTOWN, W.Va. — Former WVU head coach and Marion County native Rich Rodriguez will be introduced as the new head coach at Jacksonville State Tuesday afternoon. JSU is a Football Championship Subdivision school in Jacksonville, Alabama. They will transition to Conference USA for the 2023 season. The Gamecocks finished 5-6 this season.

Rodriguez comes to Jacksonville State from Louisiana-Monroe, where he served as the associate head coach, offensive coordinator and quarterbacks coach for Terry Bowden this season.

In seven seasons as WVU’s head coach (2001-2007), Rodriguez led the Mountaineers to a 60-26 record. West Virginia claimed Big East titles in 2003, 2004, 2005 and 2007. After leaving WVU, Rodriguez had head coaching stints at Michigan and Arizona. Rodriguez was the offensive coordinator at Mississippi in 2019.

A press conference is scheduled for 3 p.m. Tuesday to introduce Rodriguez at JSU.