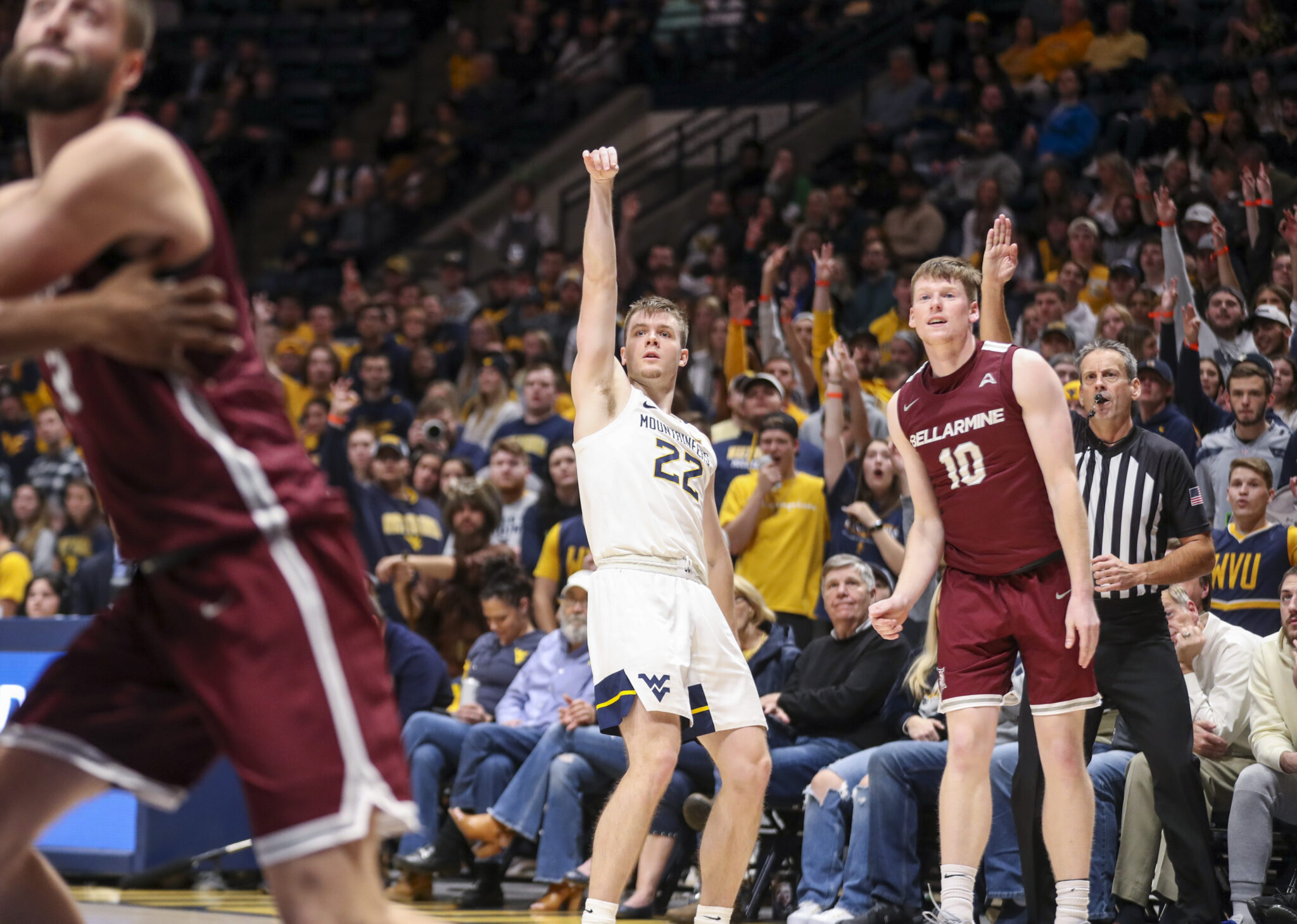 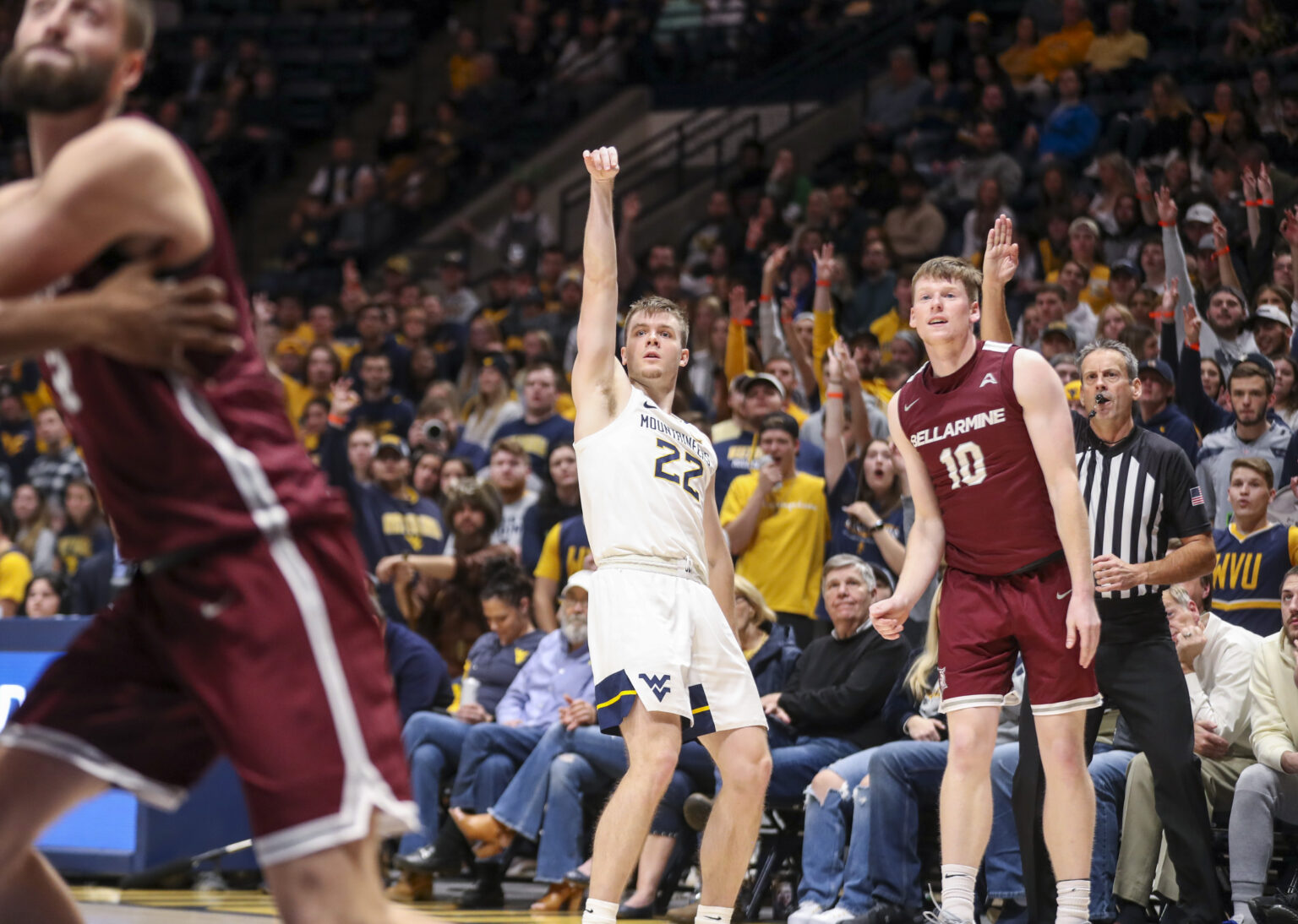 West Virginia guard Sean McNeil (22) reacts to a made three pointer during the second half against the Bellarmine Knights at WVU Coliseum. Mandatory Credit: Ben Queen-USA TODAY Sports 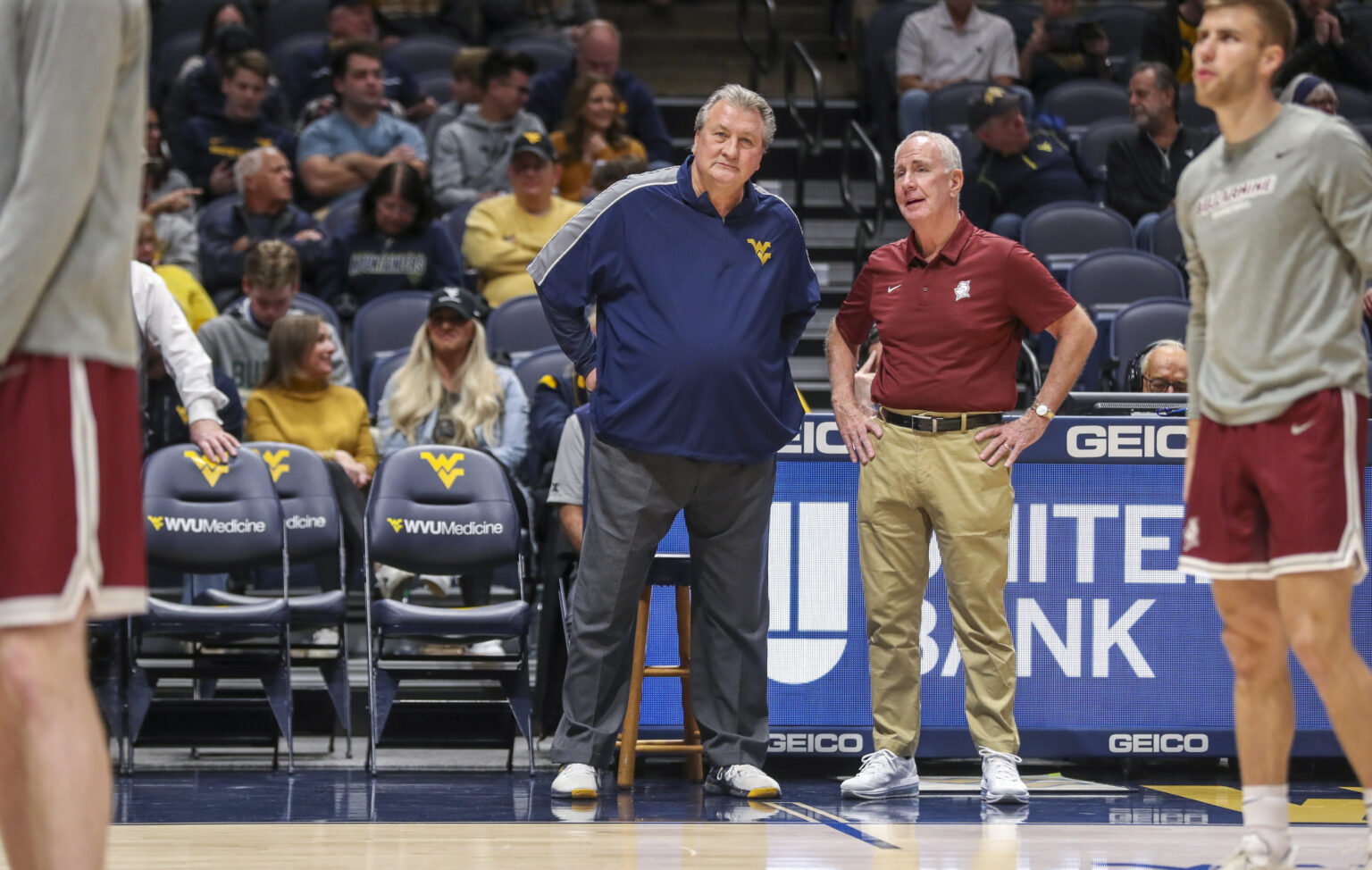 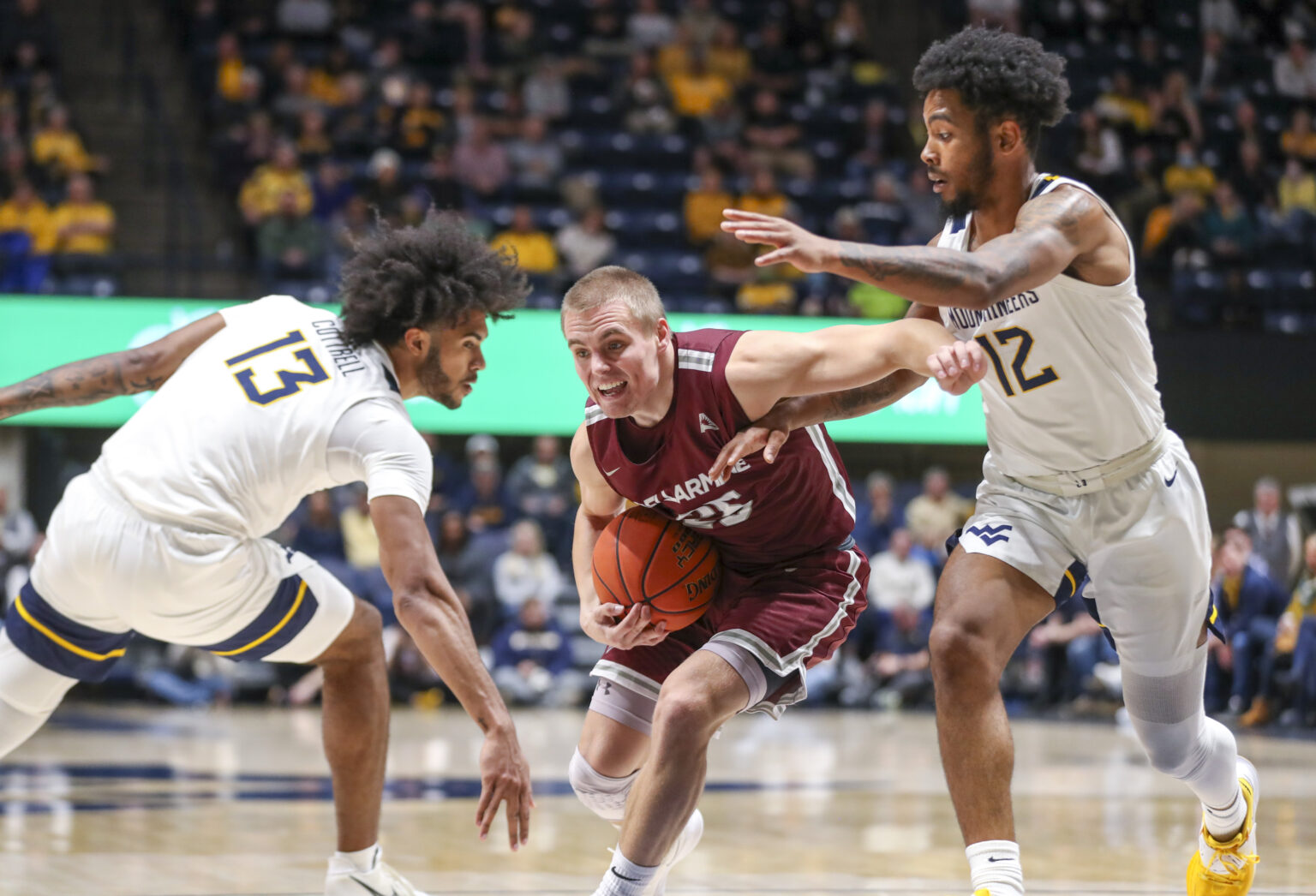 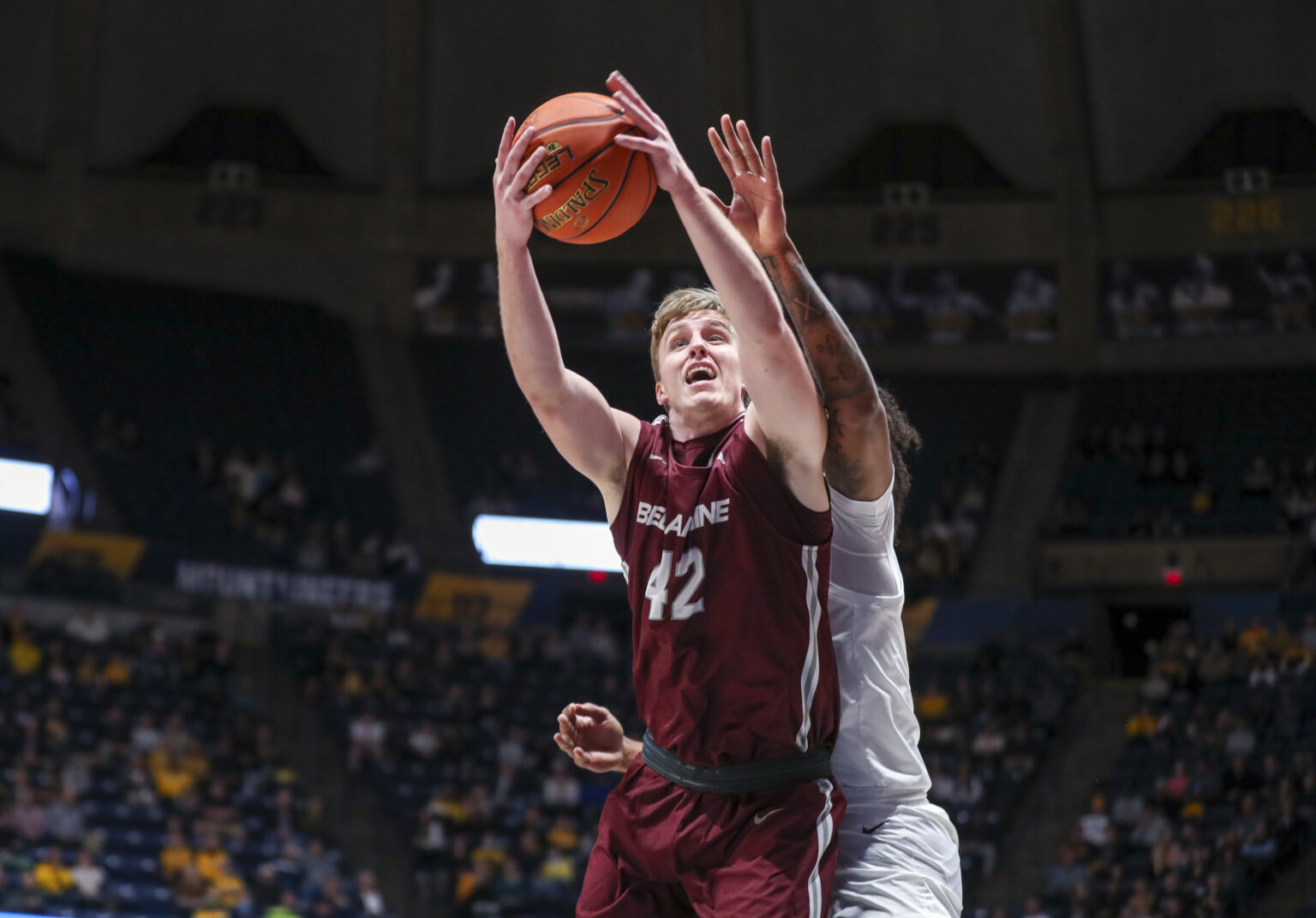 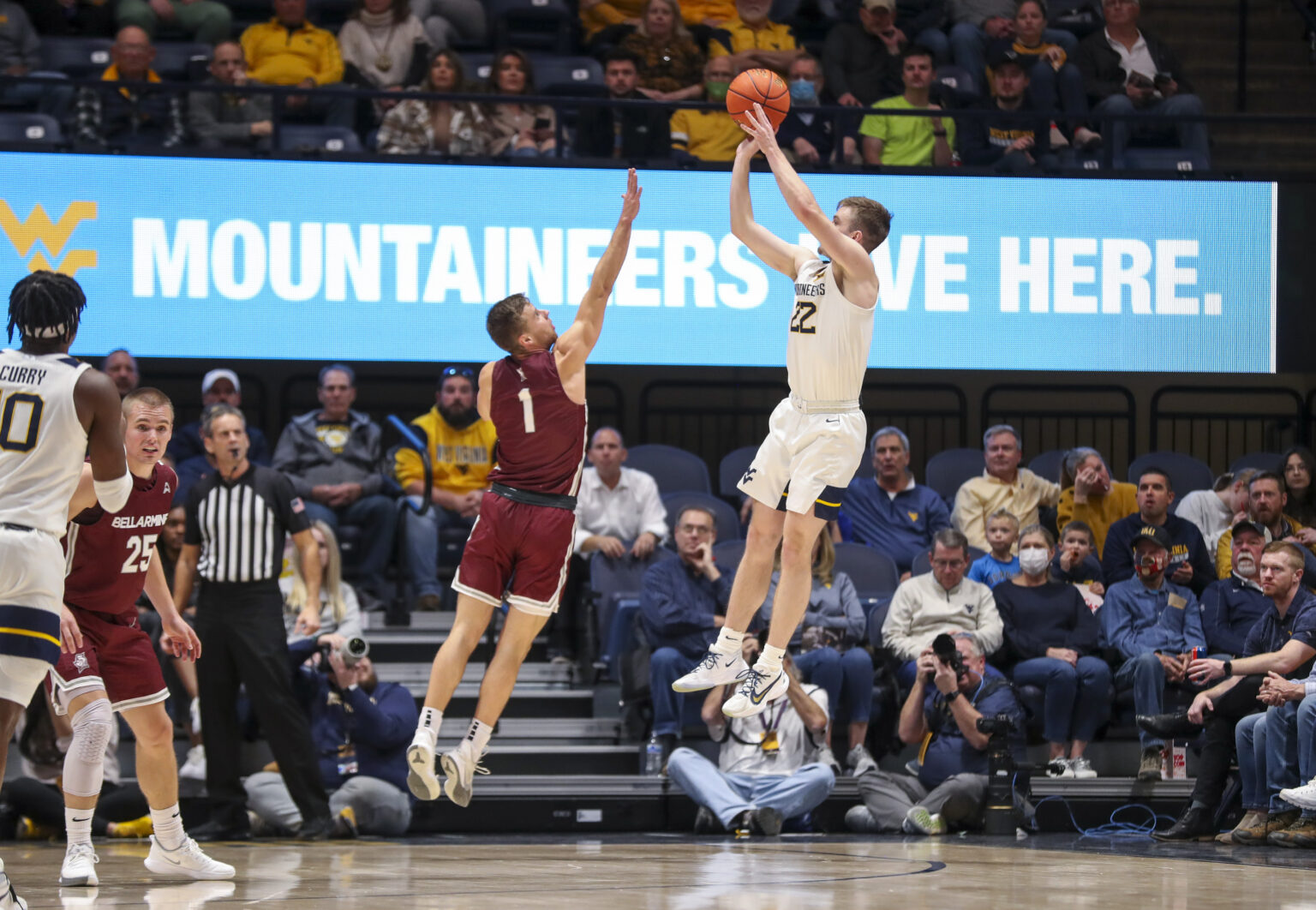 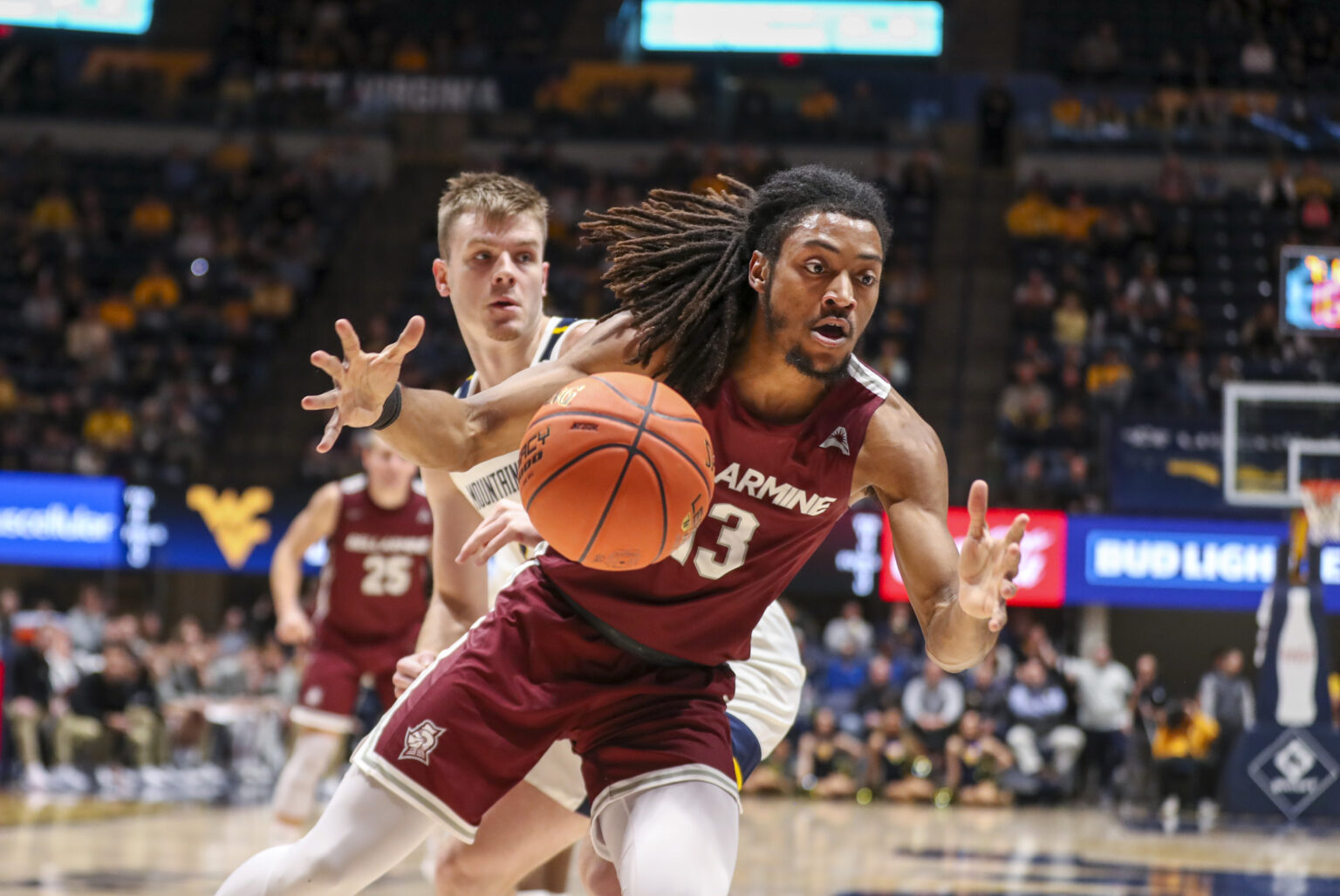 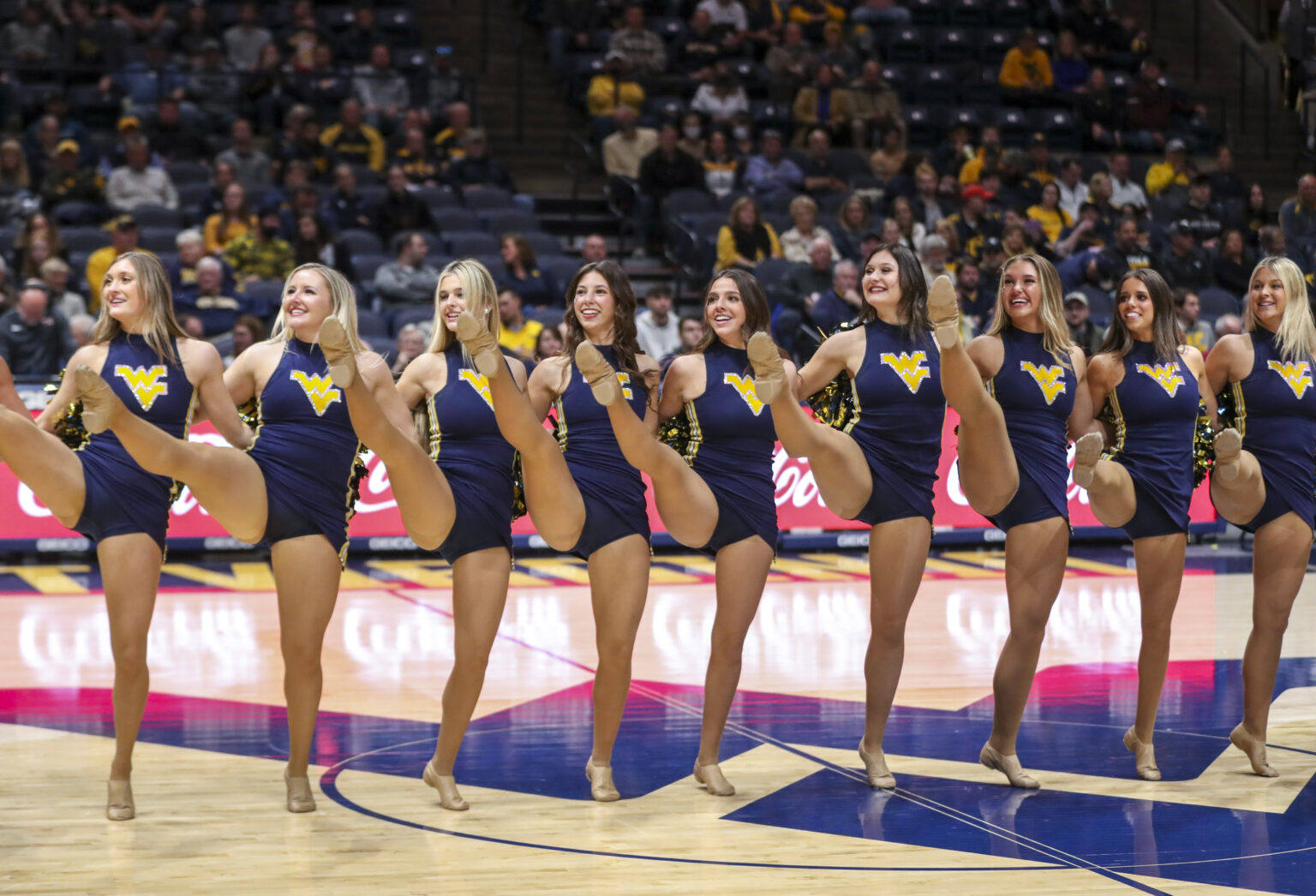 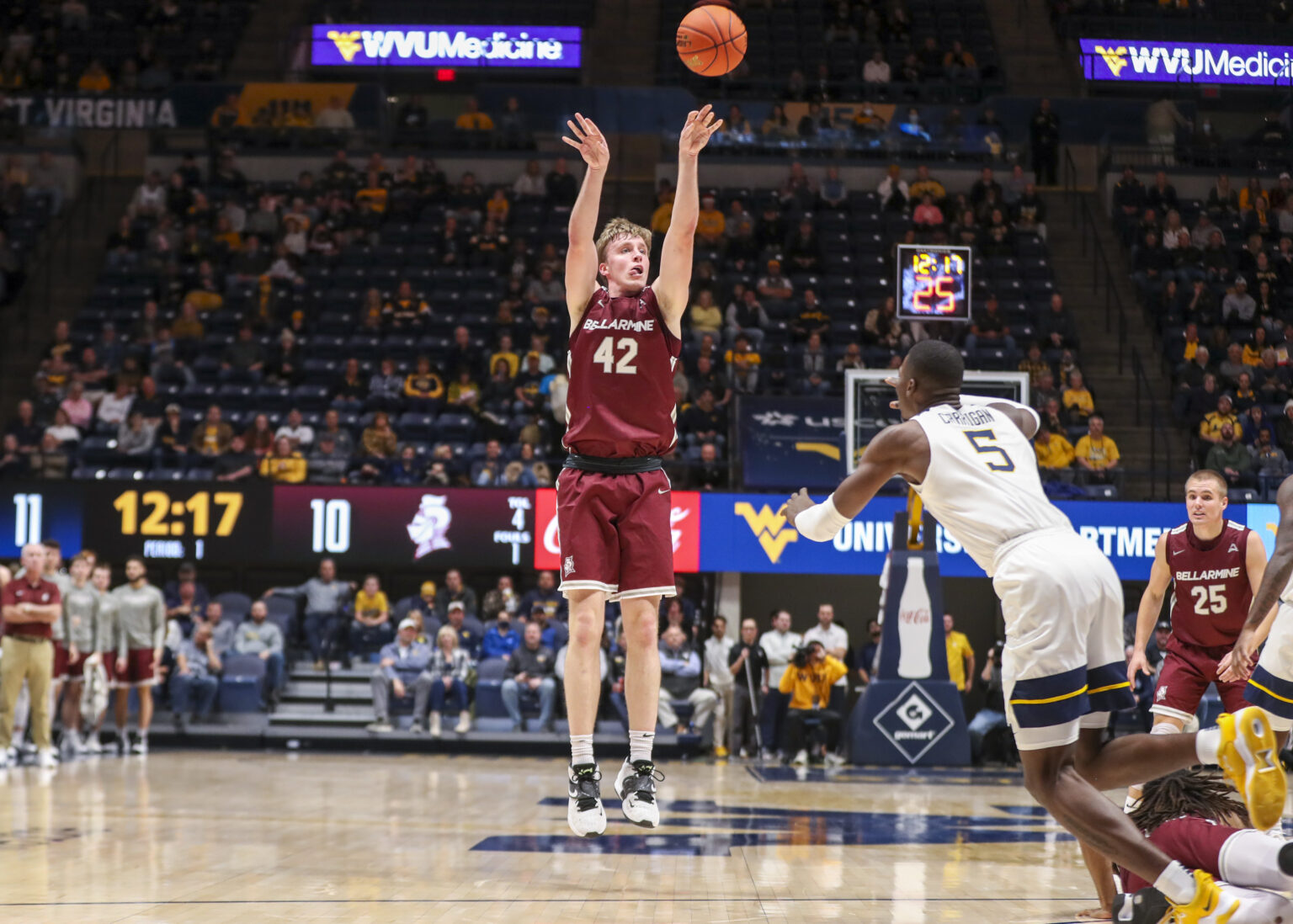 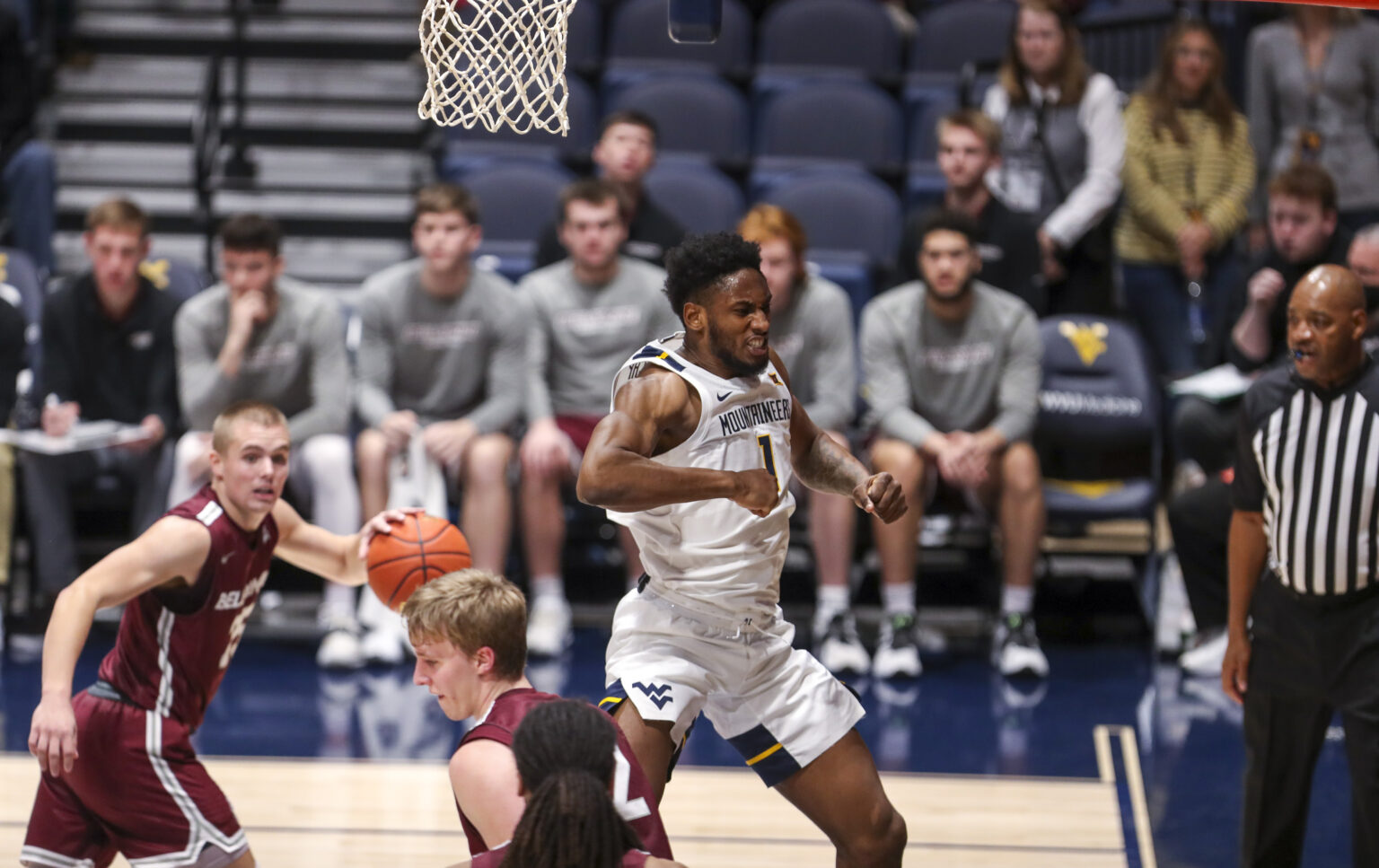 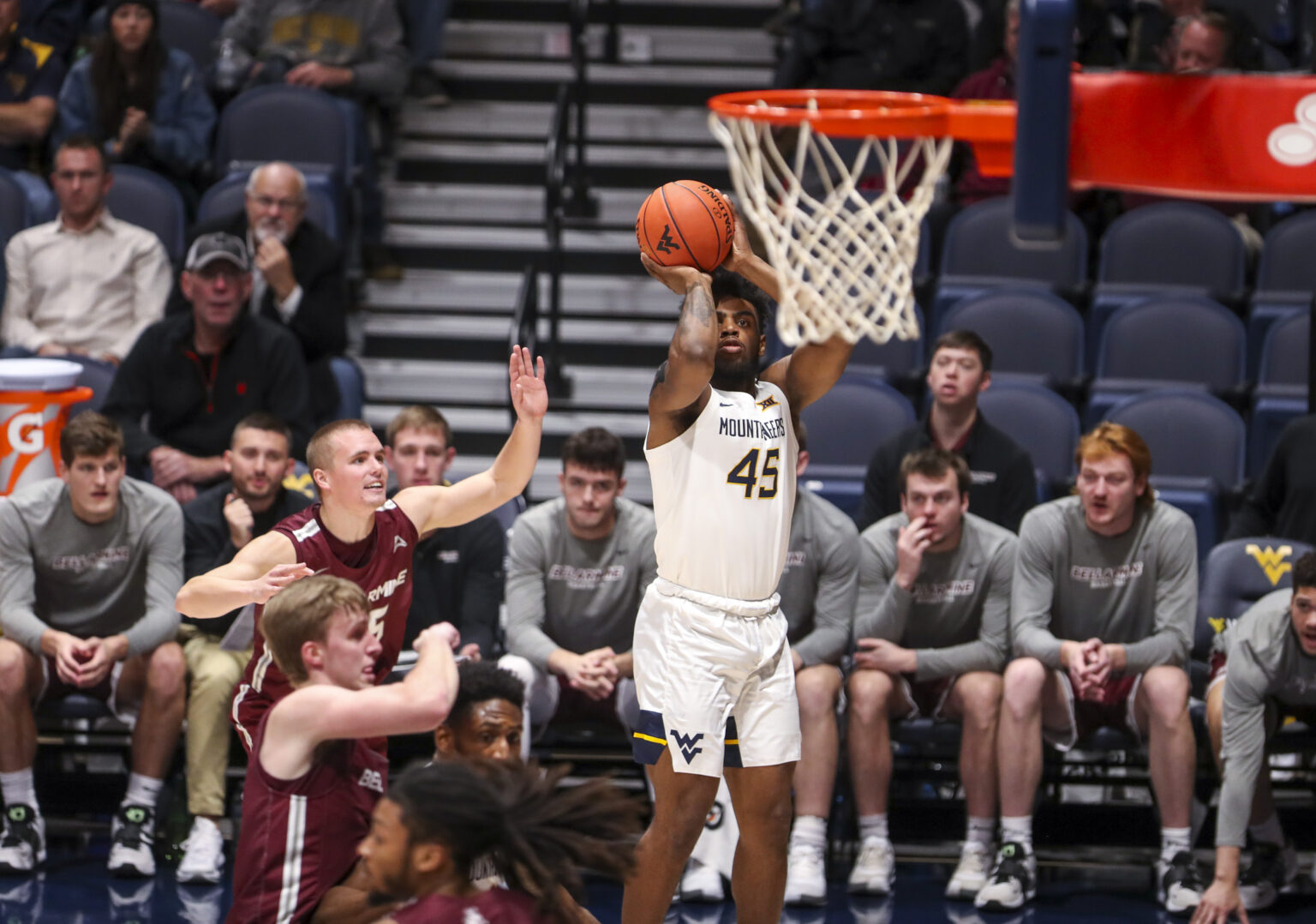 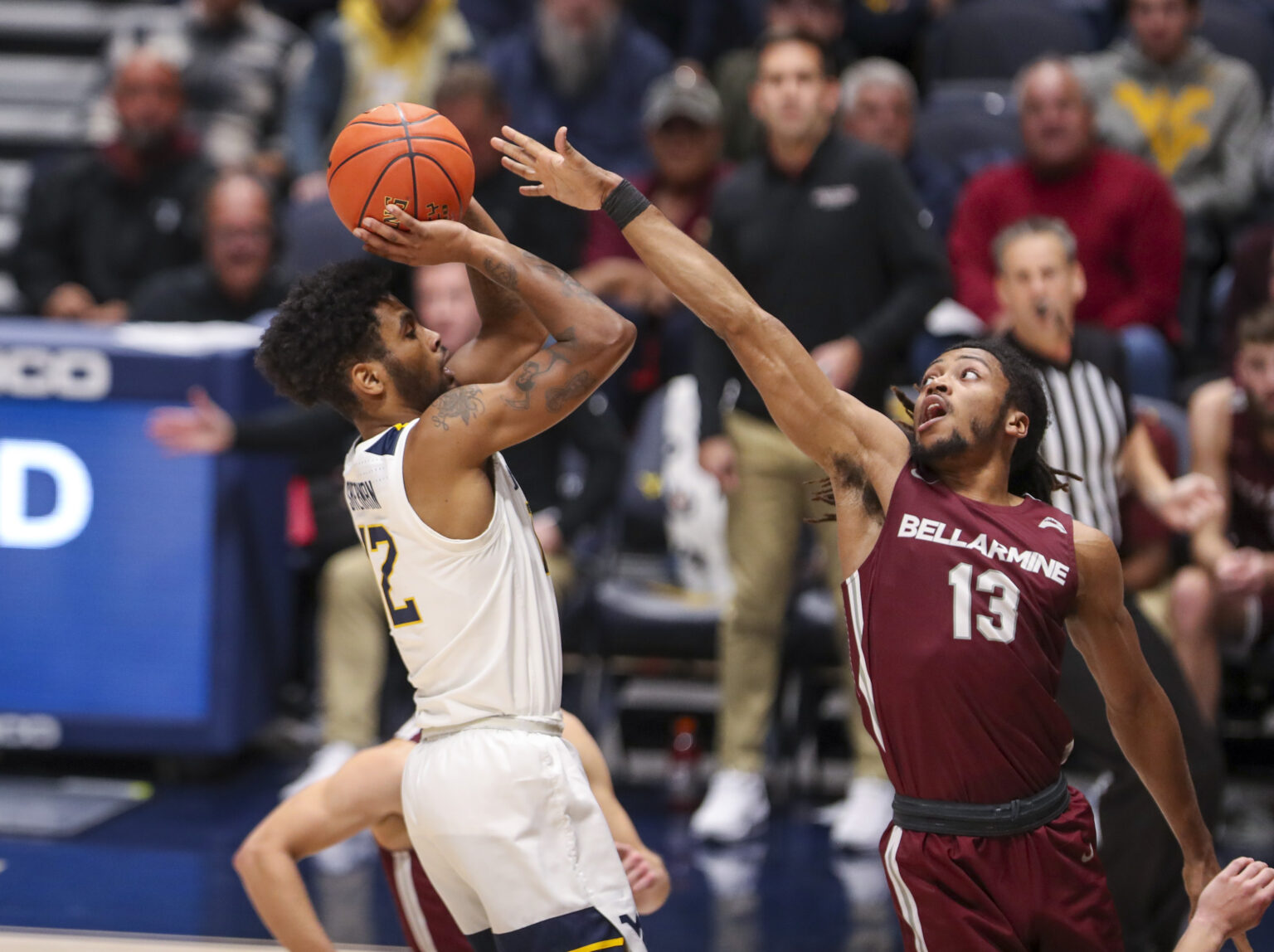 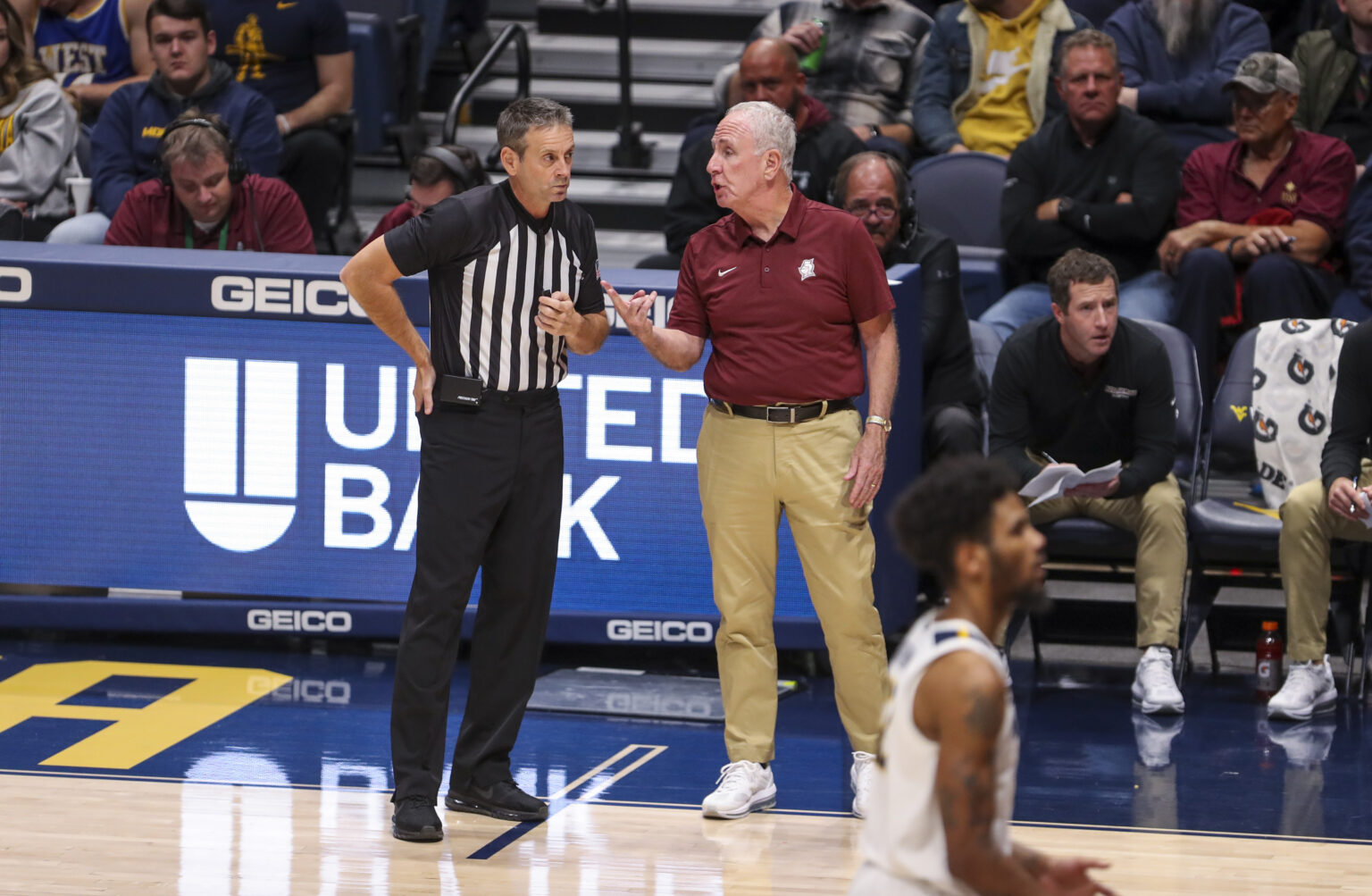 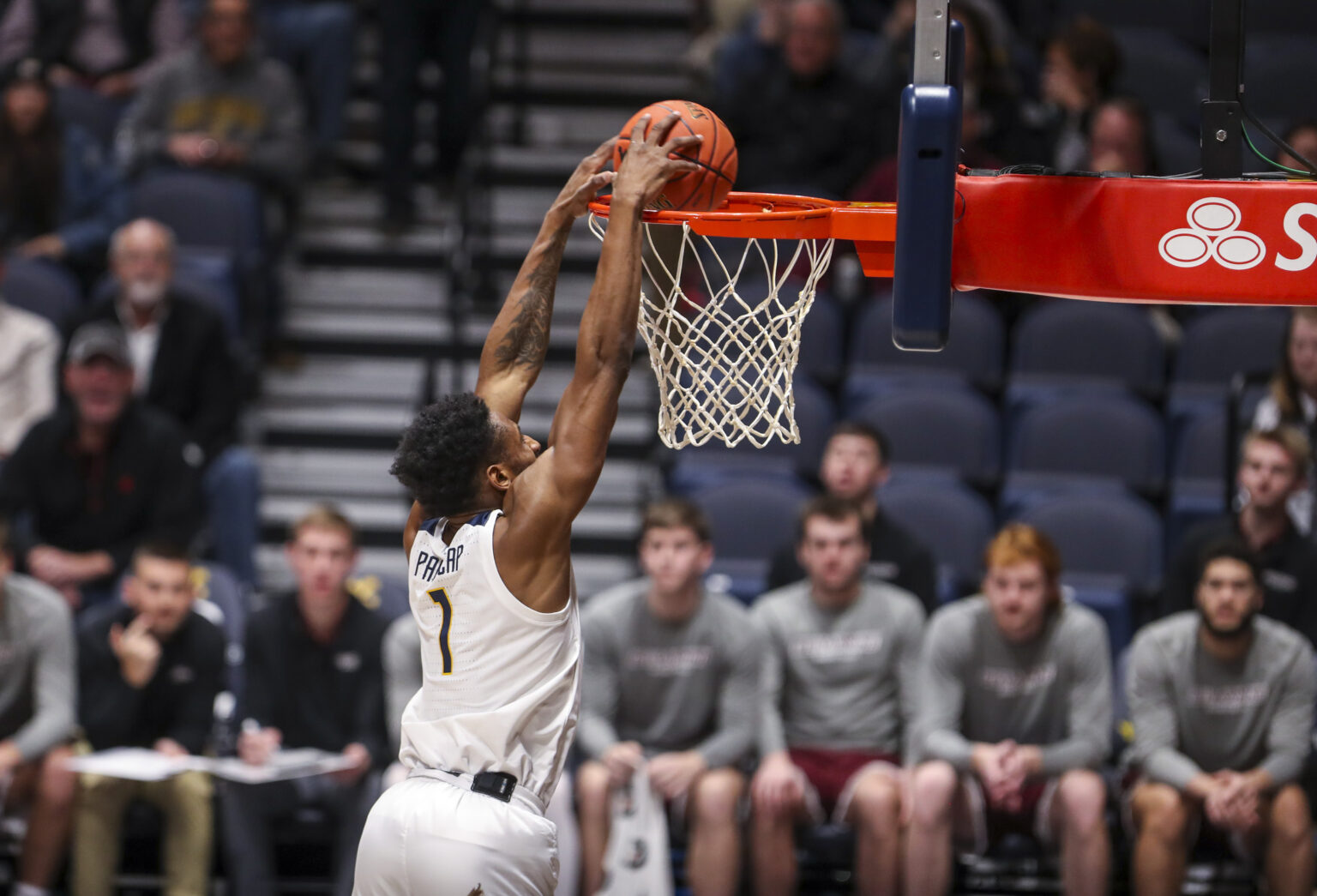 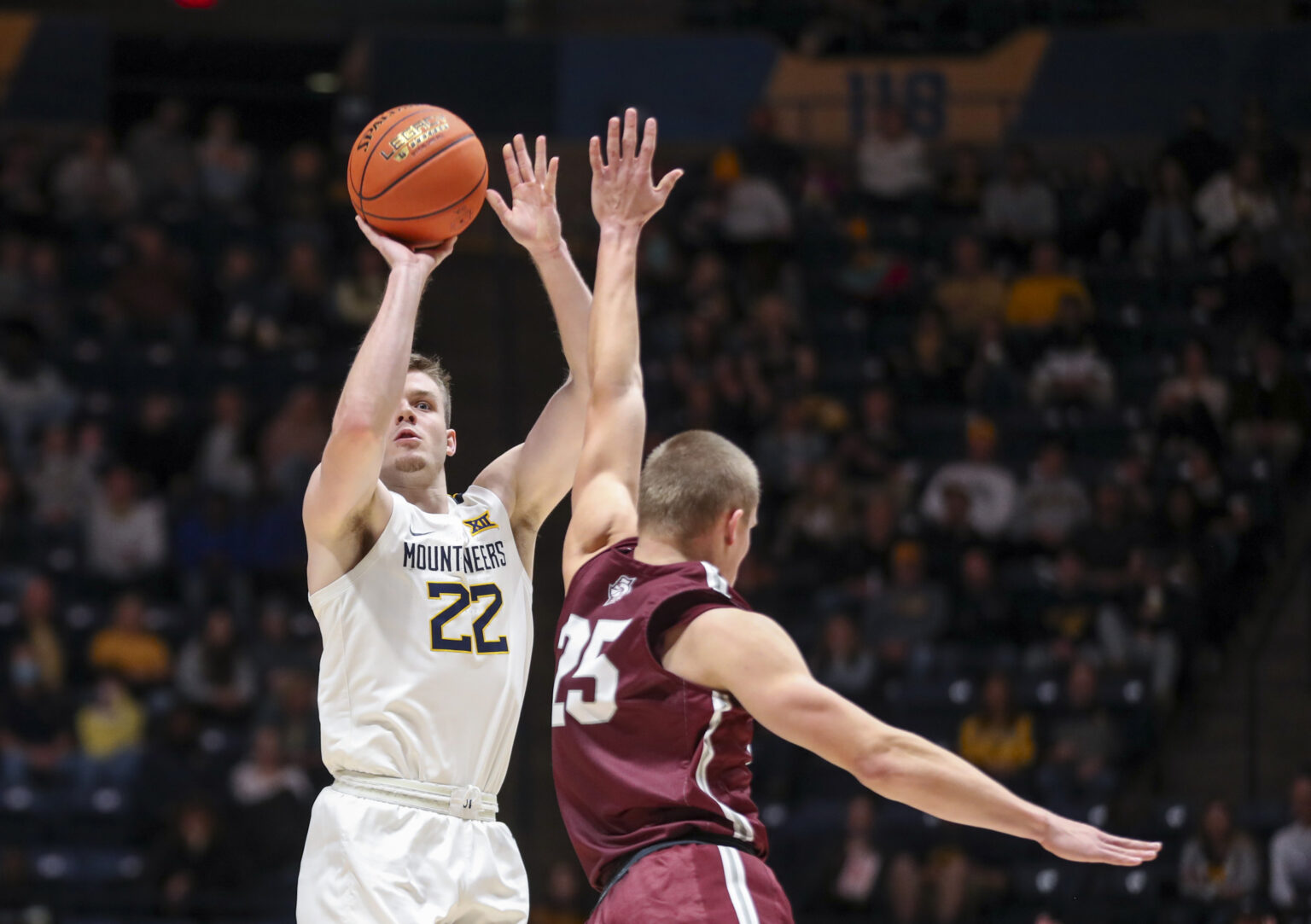 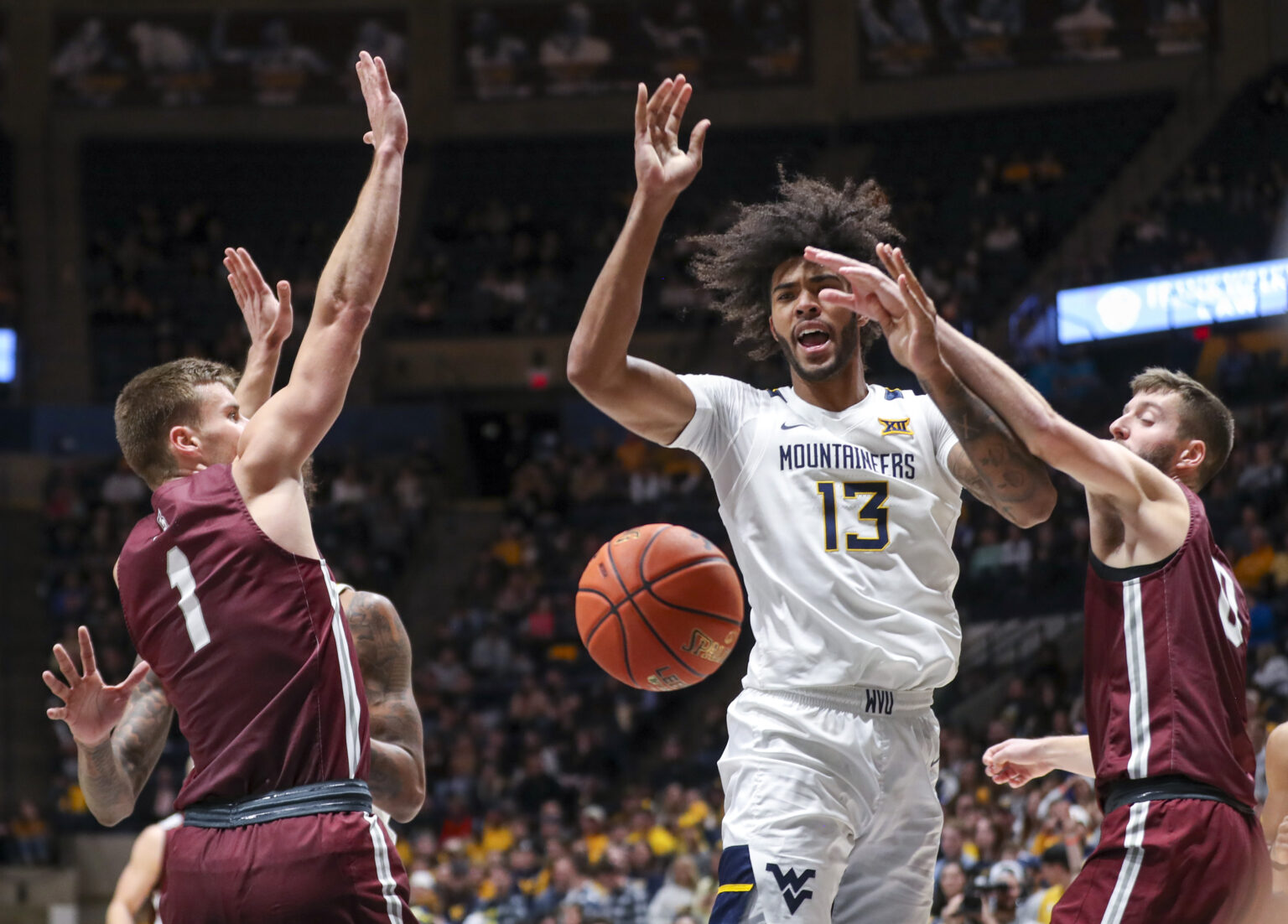 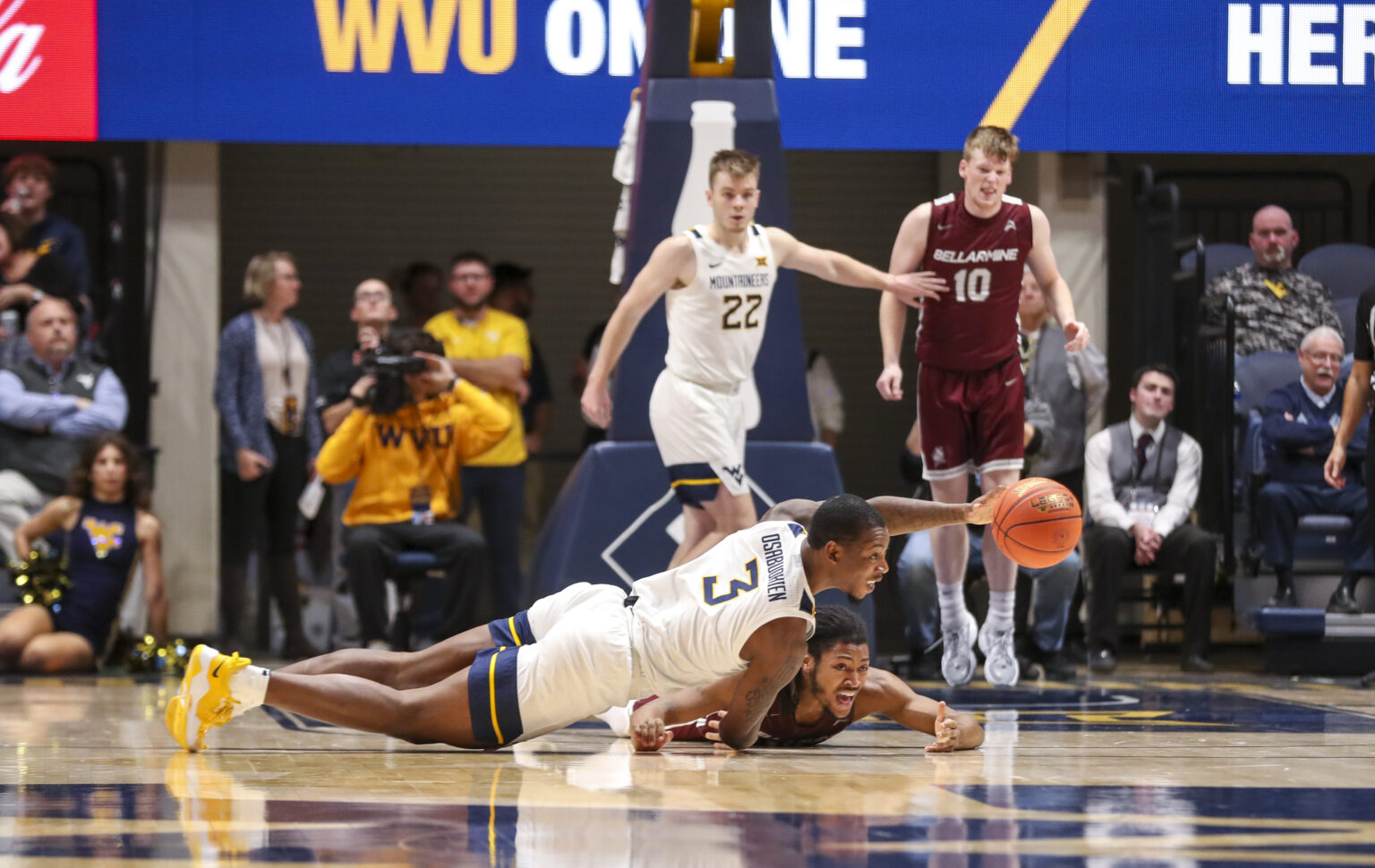 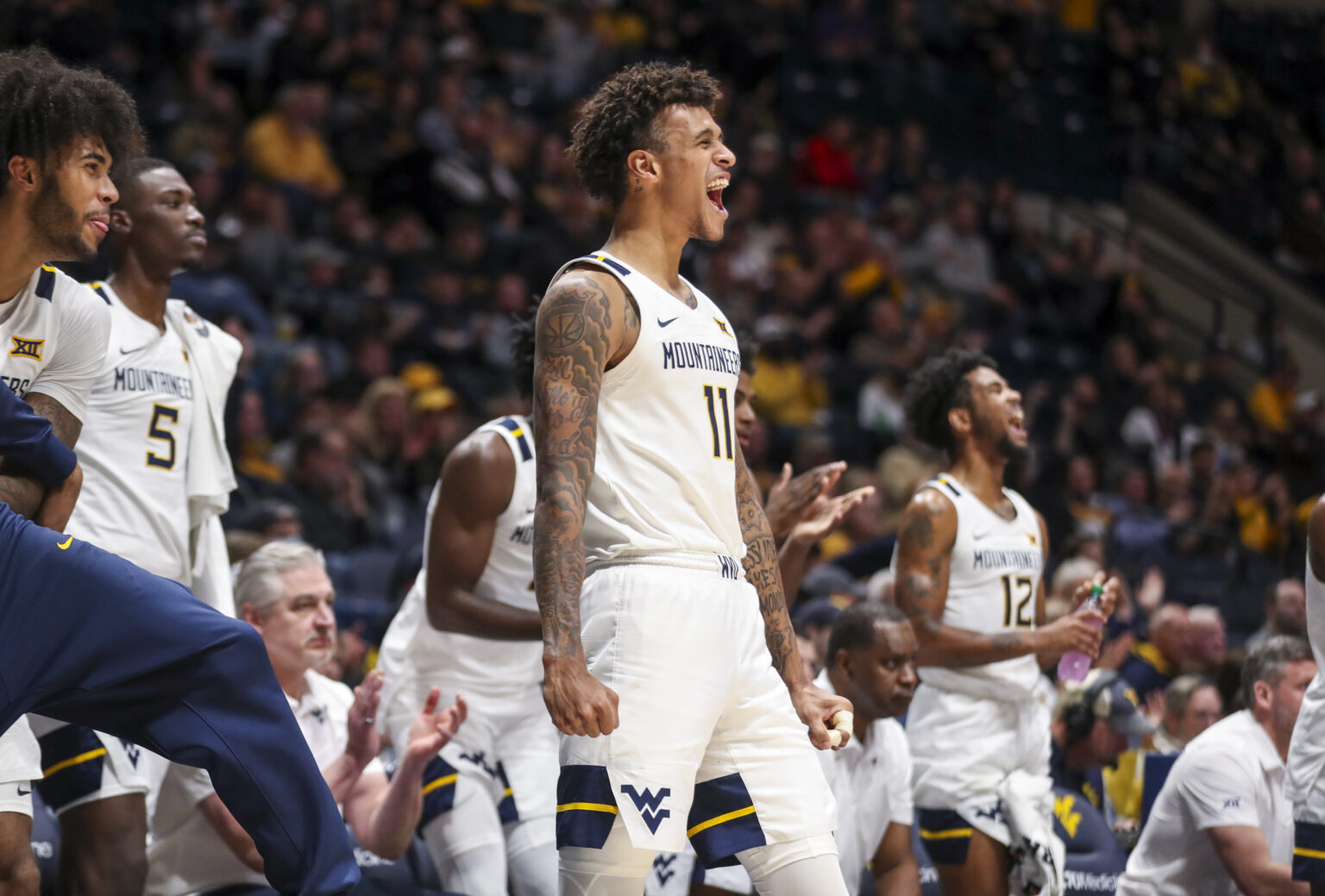 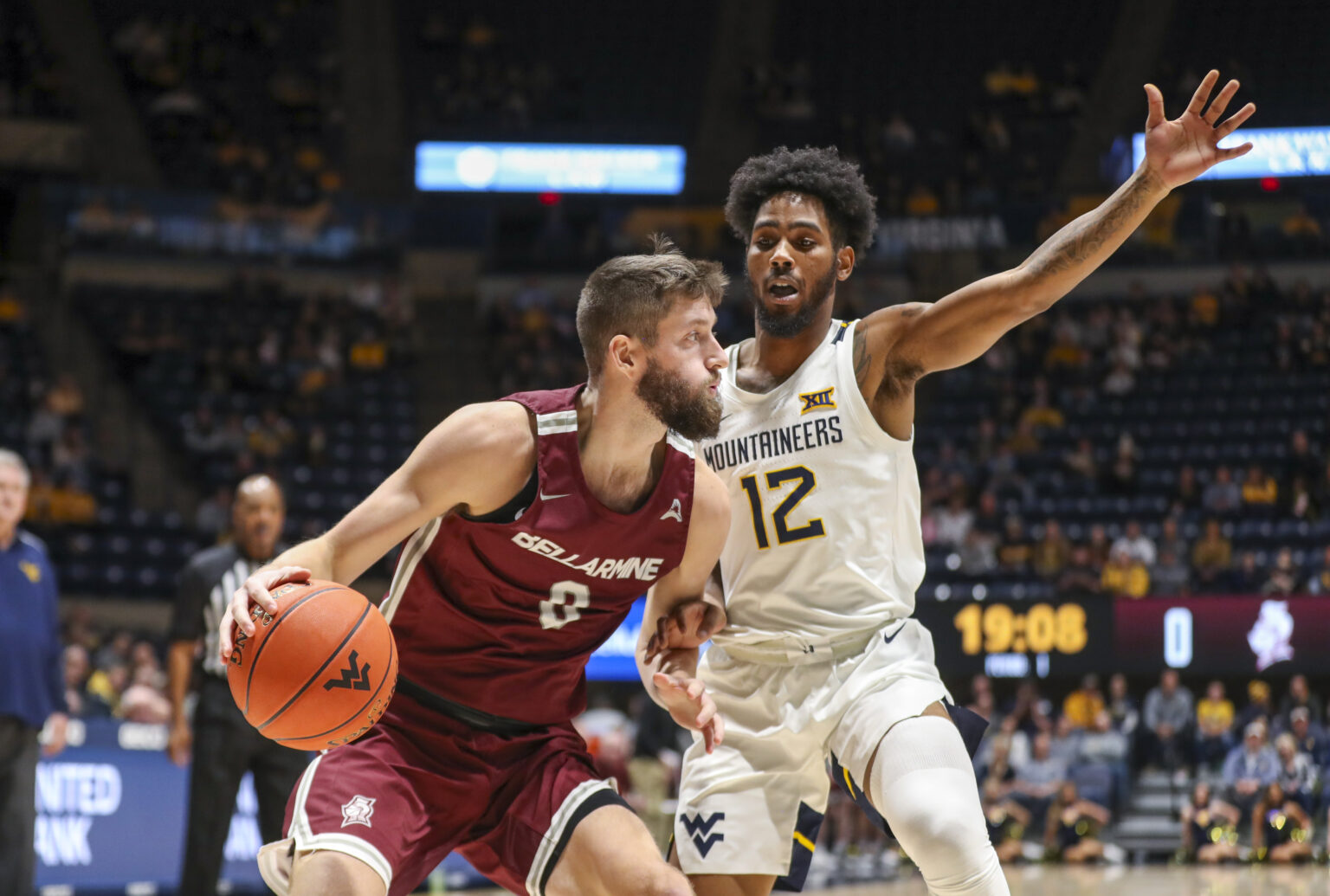 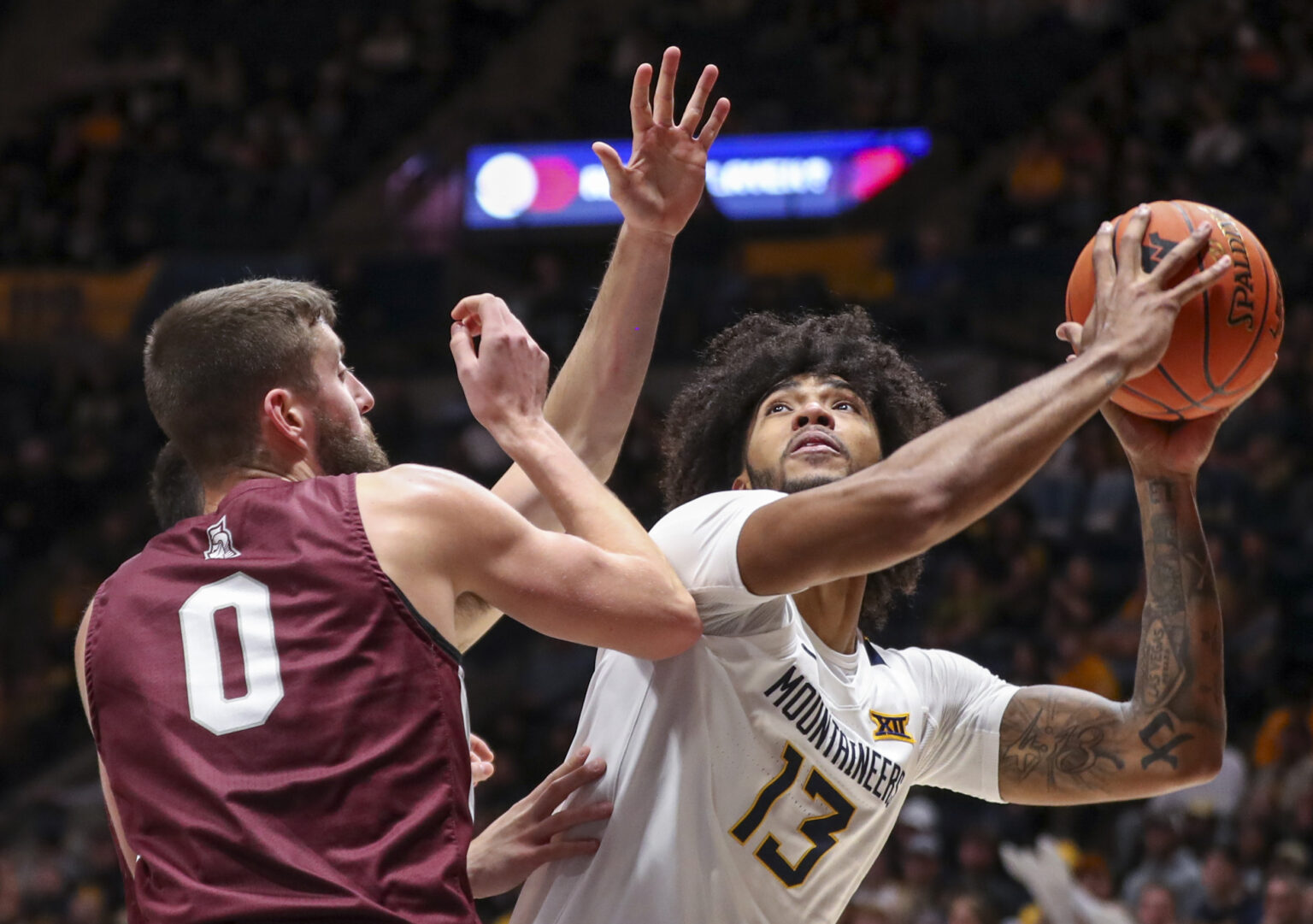 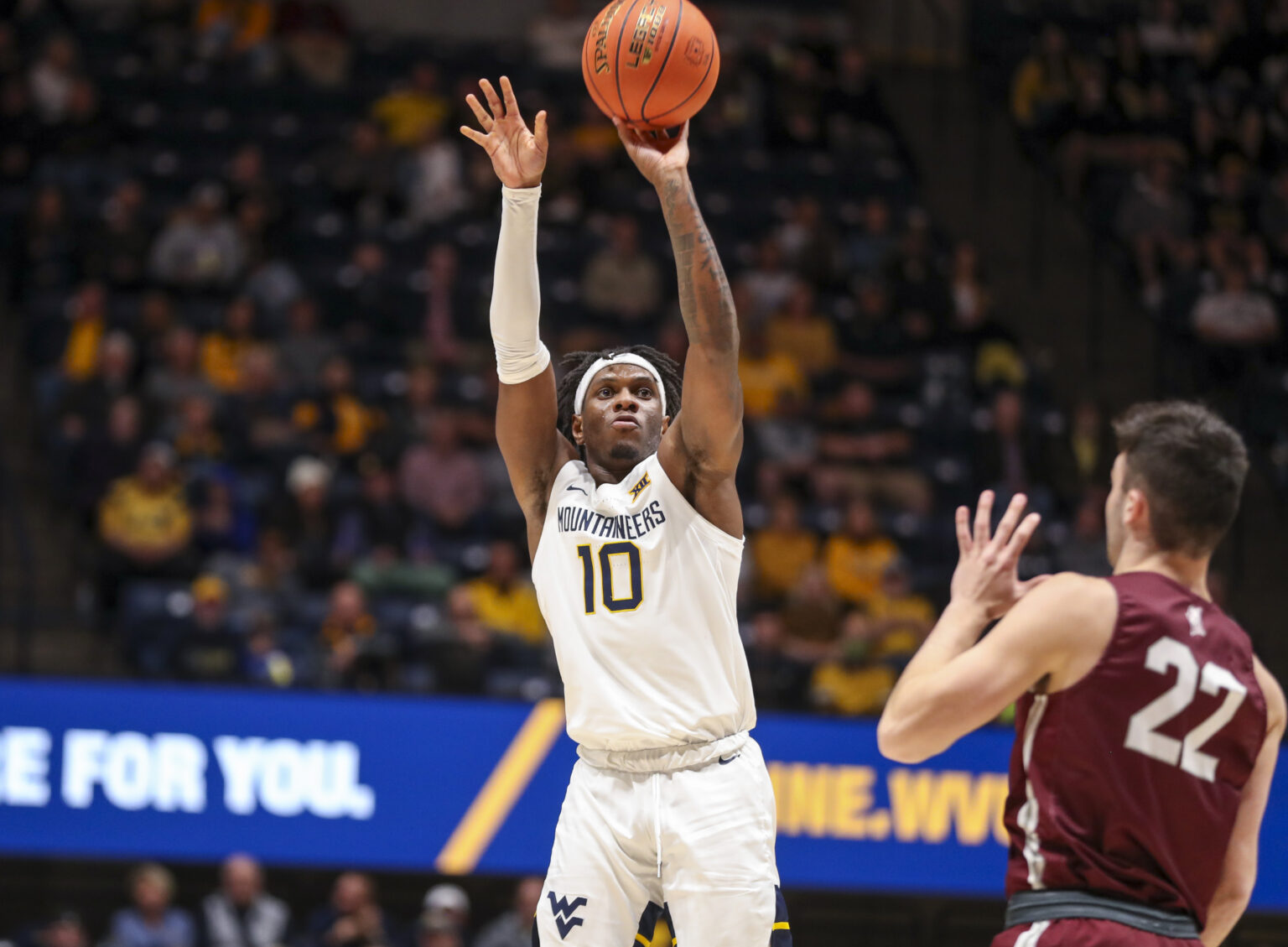 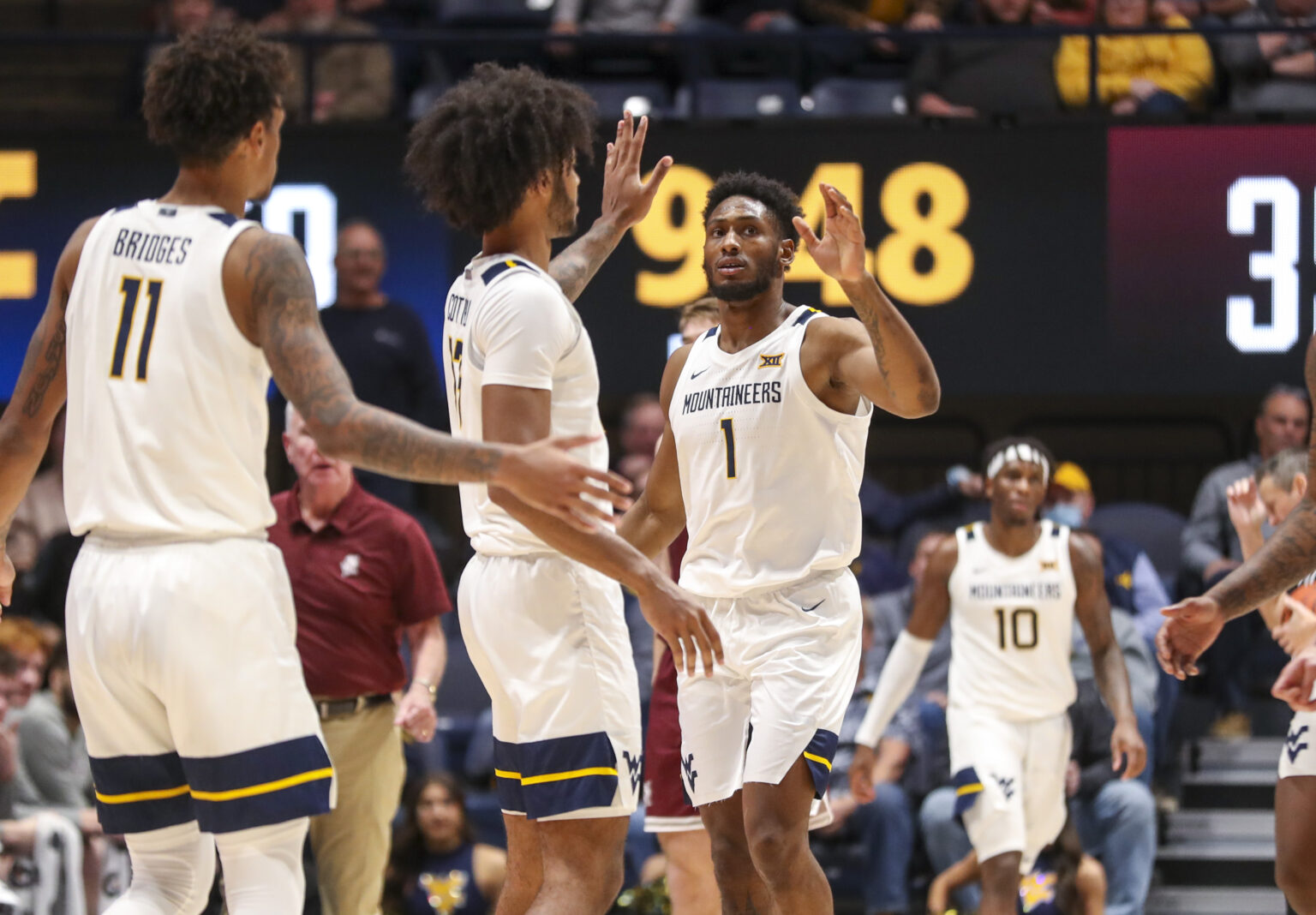 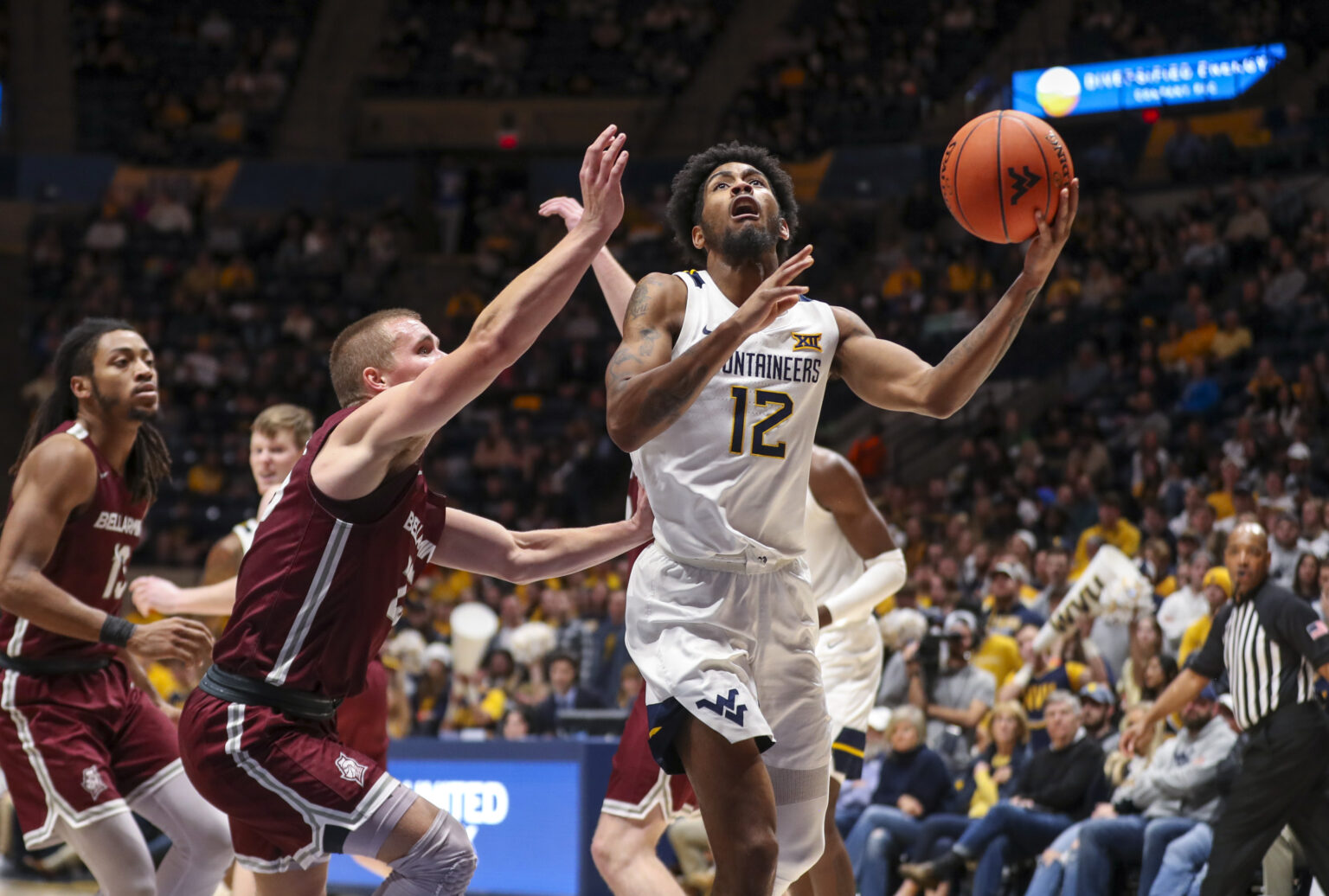 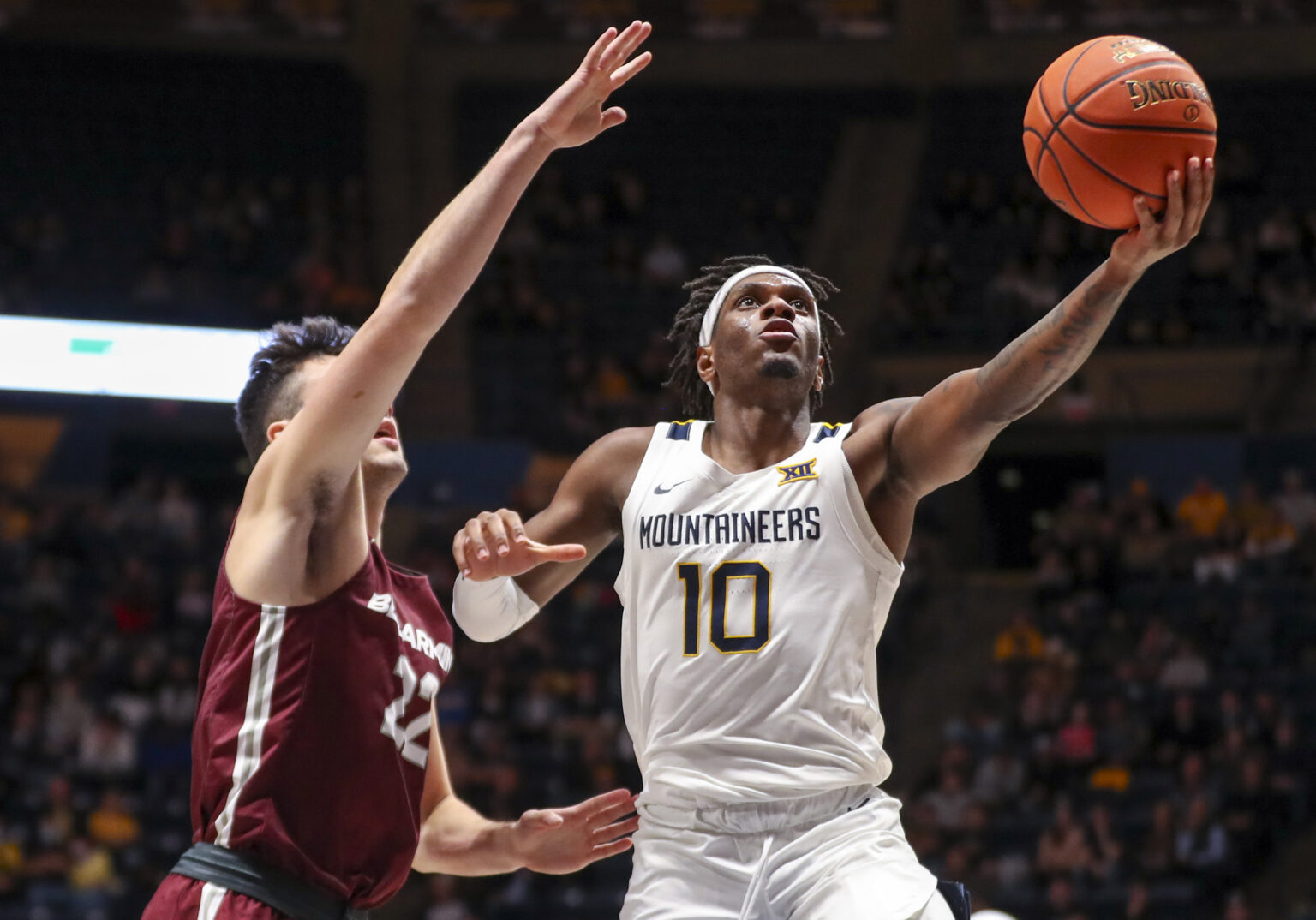 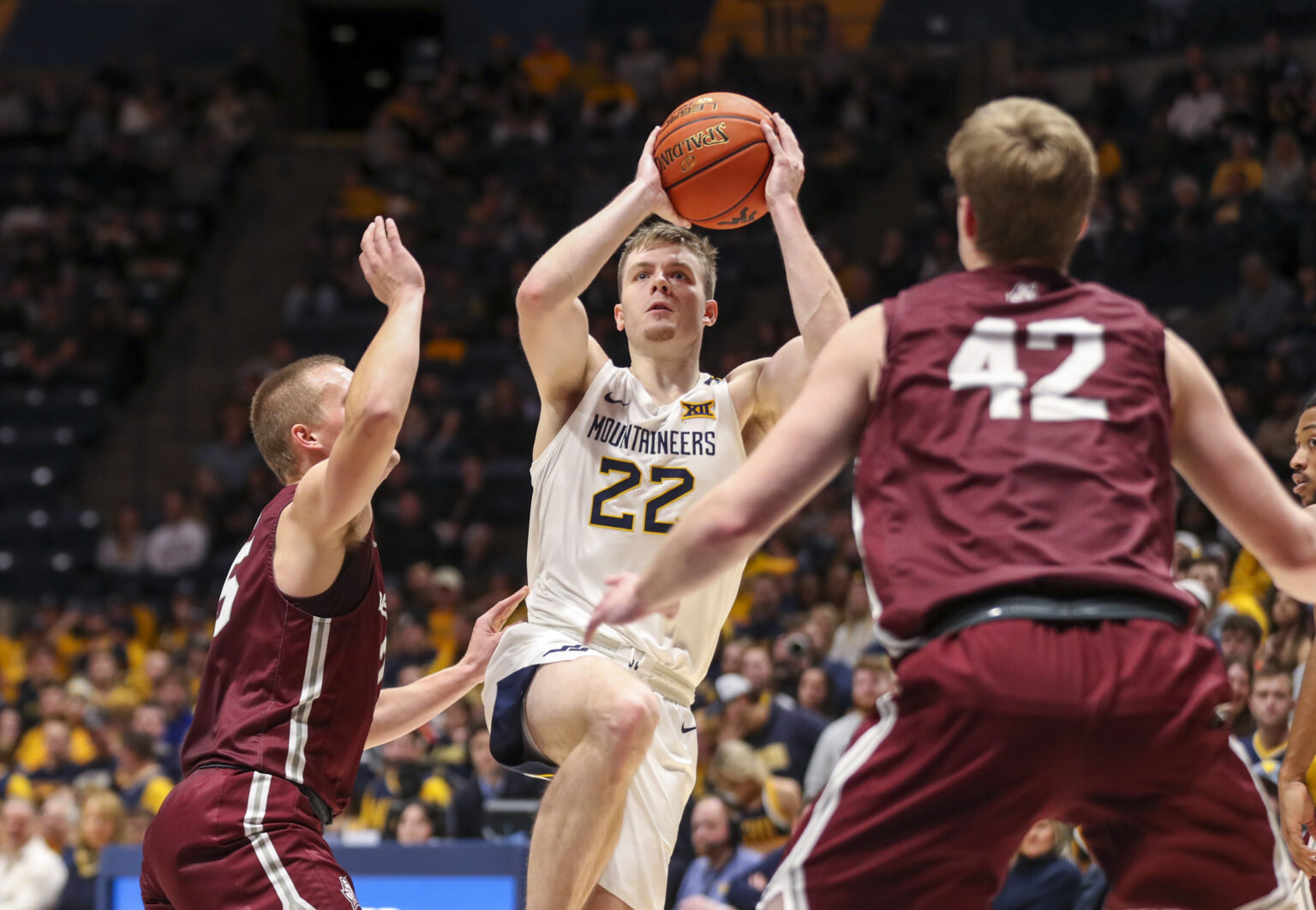 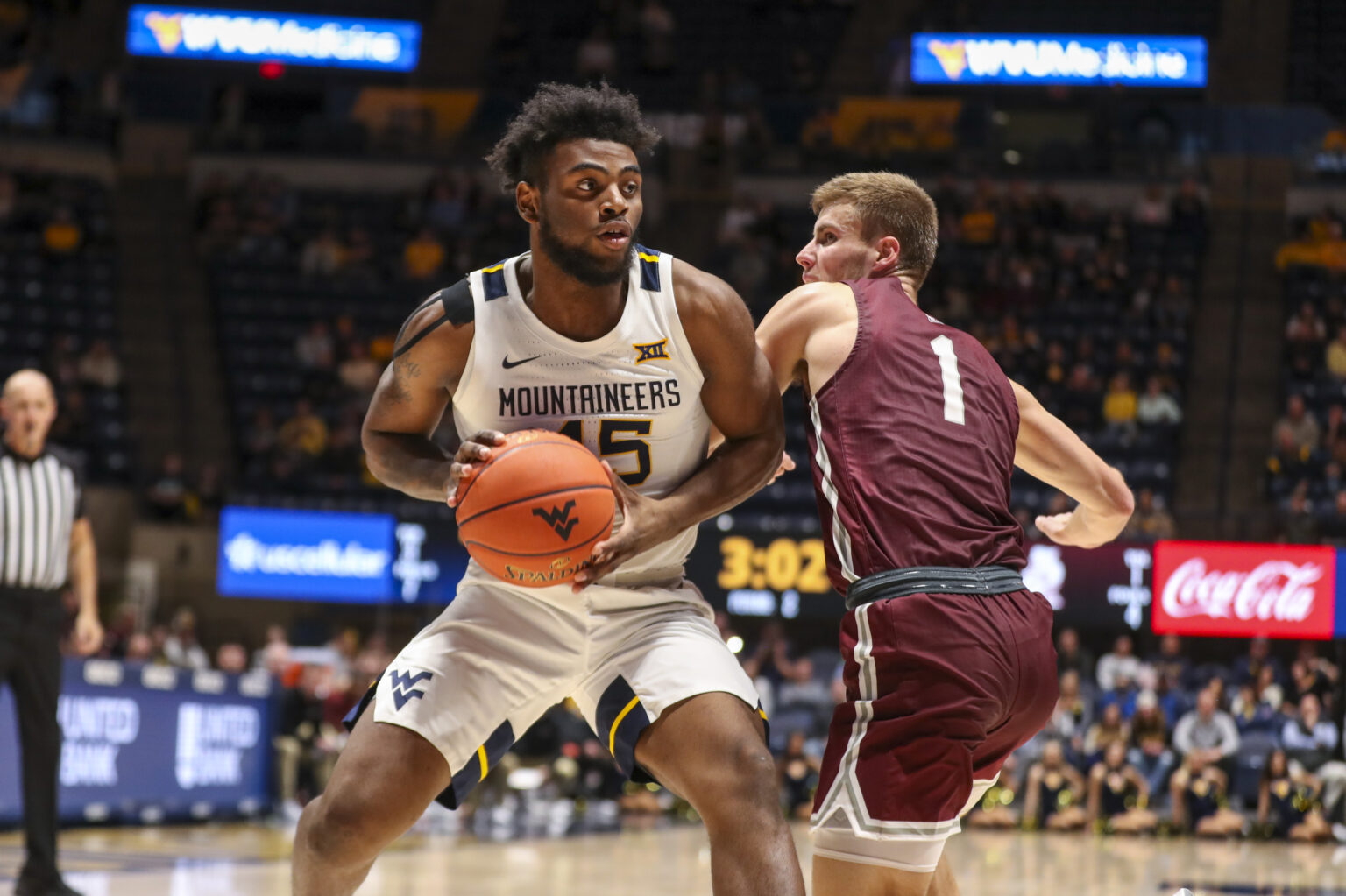 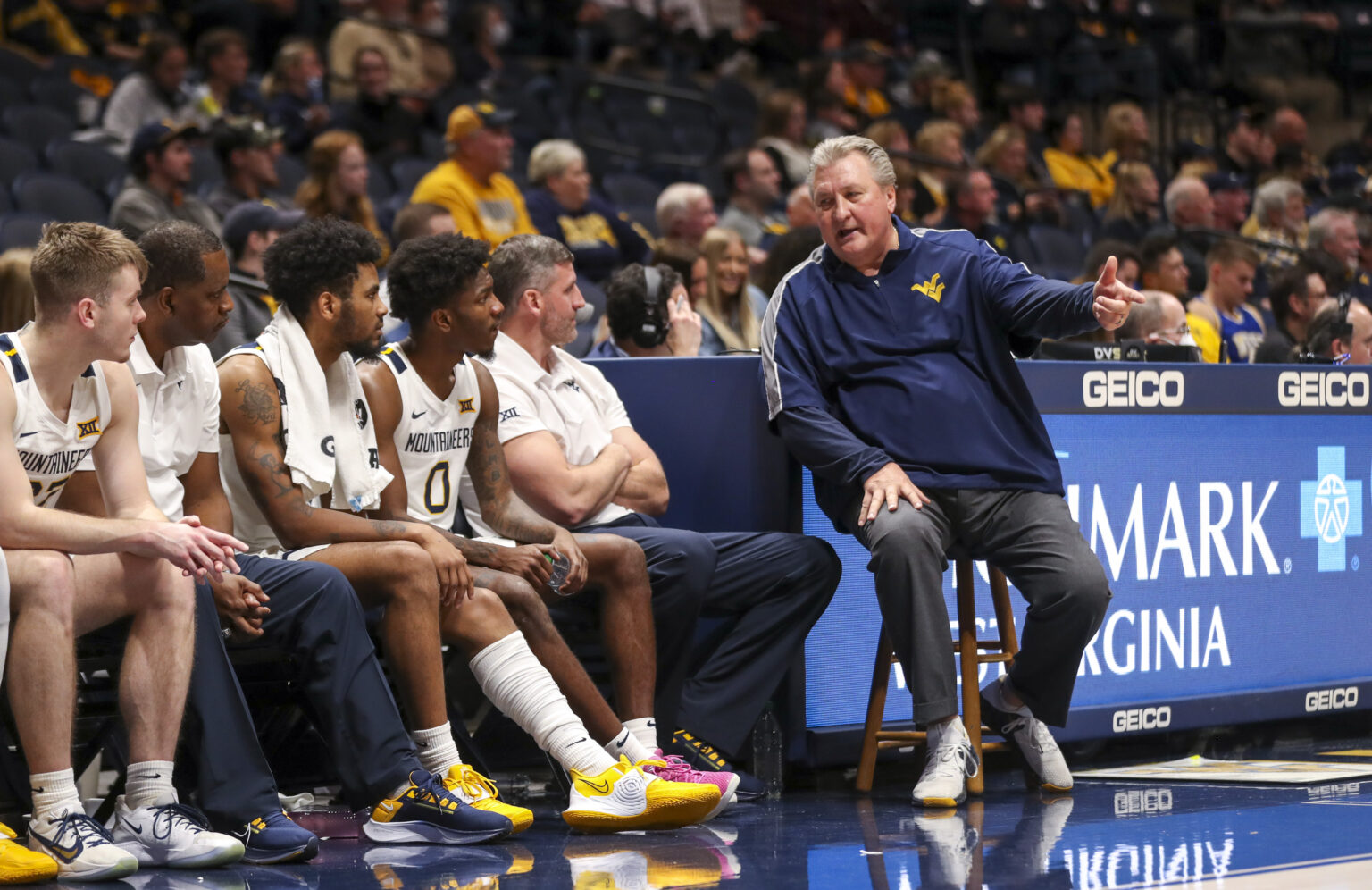 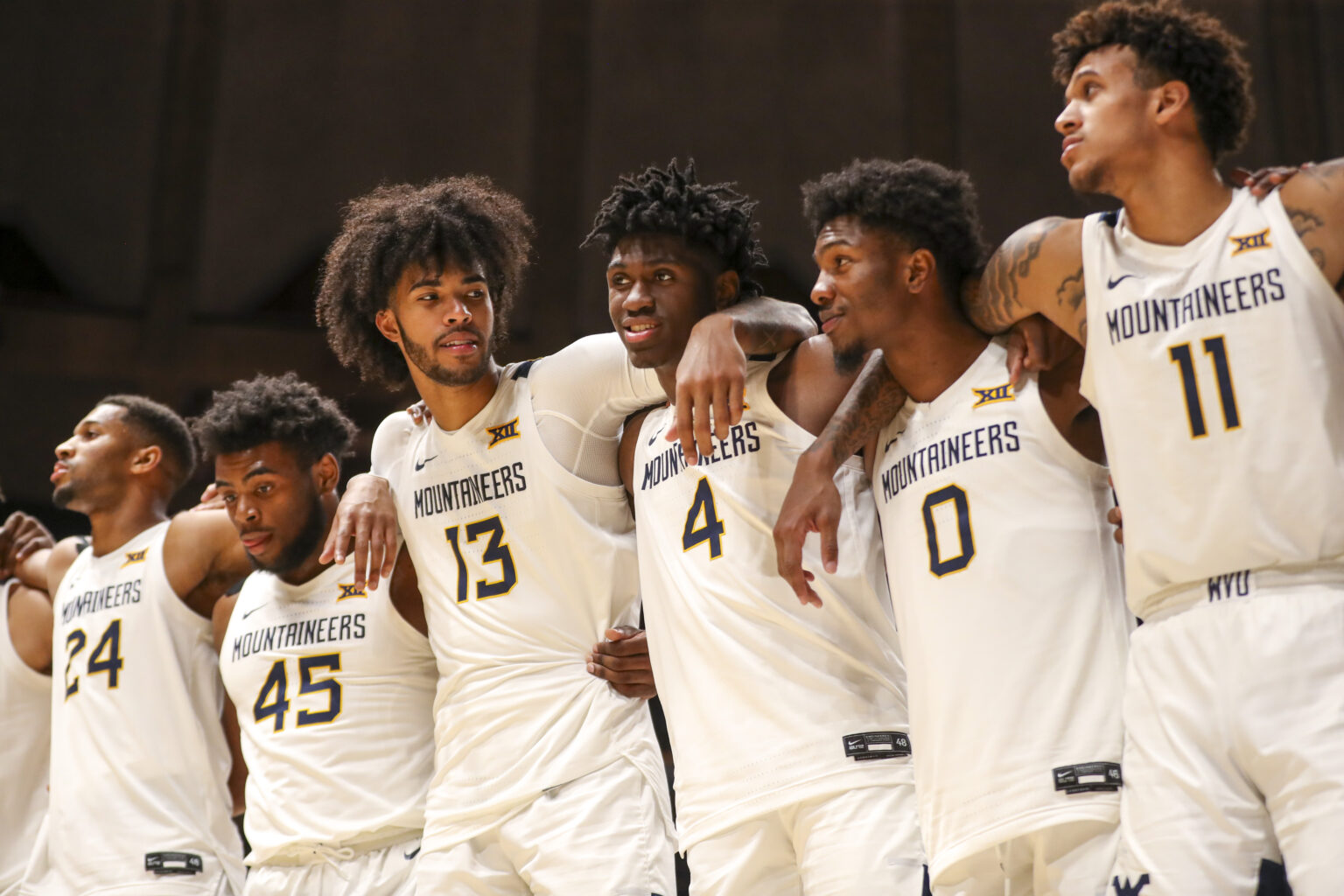 MORGANTOWN, W.Va. — West Virginia was efficient offensively for most of Tuesday’s contest against Bellarmine.

But it was the Mountaineers’ defense after halftime that allowed them to pull away from the Knights and claim a comfortable 74-55 victory before 9,523 at the Coliseum.

The win was the third straight for West Virginia, which improved to 6-1 ahead of Saturday’s matchup with Radford — the third of five consecutive home games.

WVU limited Bellarmine (2-6) to 25 second-half points, 16 of which were scored over the final 7:21, with the win well in hand for Huggins’ team by that point.

After taking a 37-30 lead into halftime, the Mountaineers created separation early in the second half to lead by double digits for the final 17:43.

The Knights were held without a field goal for the first 4 minutes after halftime before CJ Fleming’s layup cut their deficit to 45-33.

WVU led 54-39 with inside 11 minutes remaining, before it scored 11 straight points over a stretch of 3:27 to put the game out of reach.

“Our ball movement got better in the second half,” Huggins said. “We were trying to dribble too much. When they’re playing Pack Line, which we’re going to end up playing against [more], we need to learn to pass the ball. Our attempts to pass it got better.”

Over the Mountaineers’ 11-0 spurt, Bellarmine missed its three field-goal attempts and had five turnovers.

“We had some conversations at halftime and figured some things out,” McNeil said. “We were somewhat flat in the first half. We picked things up on the defensive end and didn’t give up as many offensive rebounds in the second half, which led to more opportunities for us and more buckets.”

WVU led 71-43 after a Kobe Johnson 3-pointer, before the Knights closed the contest on a 12-3 spurt over the final 5:27 after Huggins had gone deep into his bench.

“They have to understand that in this program, you earn playing time, earn positions and you’re not handed them,” Huggins said. “We had some guys who I thought were really getting better in practice and significantly better as practice went along and their performance, to say it was disappointing is probably not strong enough.”

West Virginia was in front for more than 18 minutes of the first half, though never by more than 10 points. The lead was 10 on three separate occasions — 28-18 after a Taz Sherman triple, 33-23 following Sherman’s two free throws and 35-25 on a Paulicap putback dunk.

Bellarmine answered with the next five points, before Bridges scored on a short jumper to send the Mountaineers into the break with the seven-point lead.

West Virginia’s full court press hardly seemed to bother Bellarmine in the opening half. Although the Knights made only 12-of-32 shots through 20 minutes, they hung around in large part by turning it over only four times, giving WVU just 2 points off those miscues through halftime.

The Mountaineers did make 16-of-27 field-goal attempts to shoot nearly 60 percent in the opening half.

McNeil, who started college at Bellarmine when it was still a Division II program but didn’t make it there a week and moved on, admitted the game against the Knights carried extra significance to him. He scored 14 points on 6-of-14 shooting.

“I was definitely ready for this one,” McNeil said. “I wanted this one bad, but I wasn’t trying to force from the beginning. I had two of them drop early and tried to get it going from there.

“You always look back and think about where you came from and you never try to forget where you came from. They’ve done big things there. Credit to them. That goes to [Bellarmine head coach Scott Davenport], his record there and how much he wins. I think about how it could’ve been different. My mom and dad weren’t very pleased with me when I left there within 48 hours, but I always tell them now I knew it’d work out.”

Sherman had a game-high 18 points and made 7-of-12 shots. Sherman has been the game’s high scroer in five of the Mountaineers’ seven contests.

“Offensively, we still probably rely on Taz too much,” Huggins said. “I’m all for him getting 25 or 30 a game, but we need some other guys to step up and score a little bit more for us. We’re starting to get that.”

“I came into today’s game trying to play with more energy,” Bridges said. [Last Friday] against Eastern Kentucky, we kind of came out flat. I took it upon myself to be active and try to get every rebound I possibly could.”

West Virginia out-rebounded Bellarmine 41-31 thanks in large part to an 18-12 edge in offensive boards.

Dylan Penn led the Knights with 16 points, five assists and five steals. Curt Hopf contributed 12 points and eight rebounds in the loss, while Fleming and Juston Betz scored 10 apiece as the aforementioned quartet combined for all but seven of the Knights’ points.