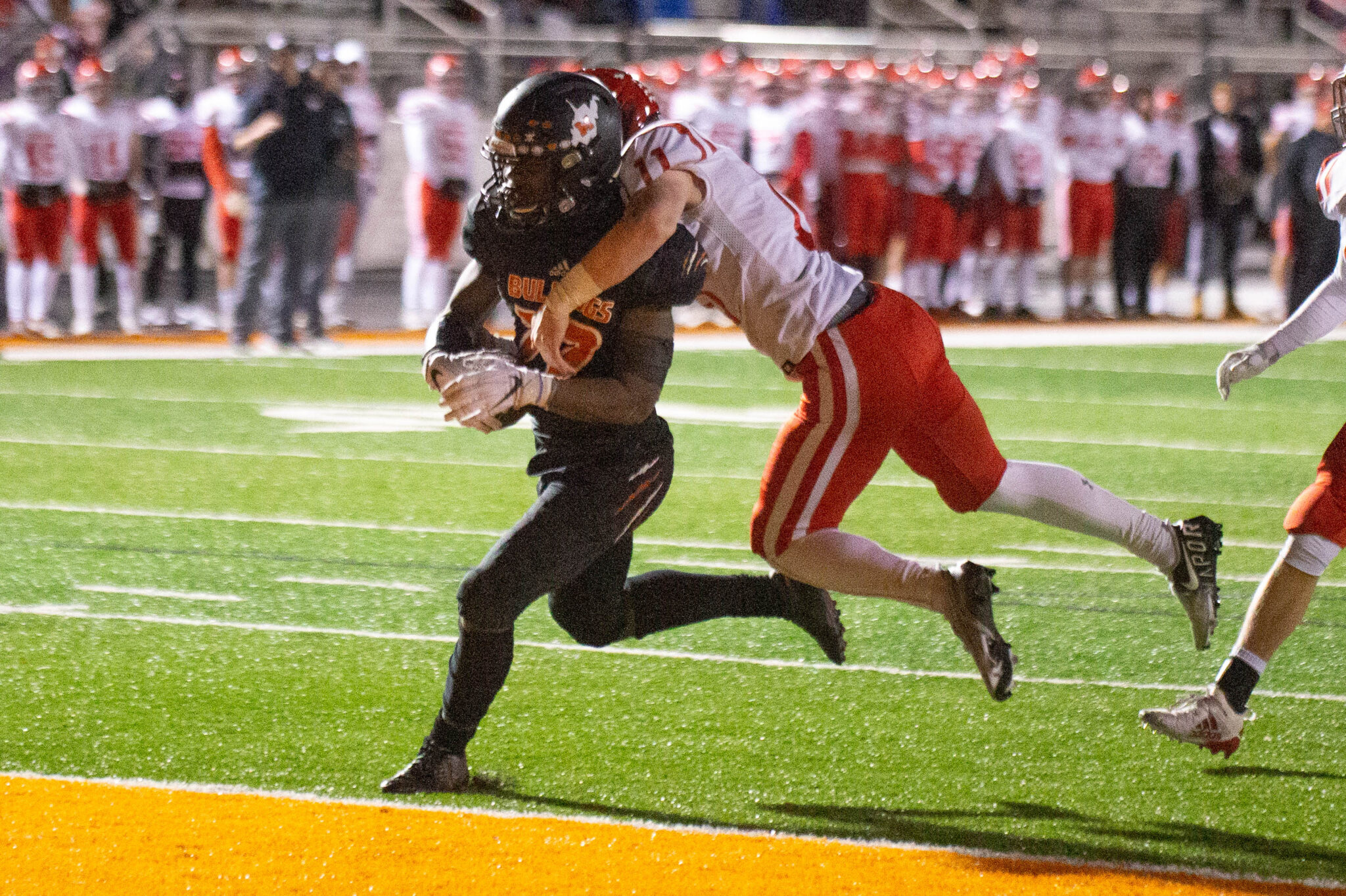 MORGANTOWN, W.Va. — It took Huntington just one year to go from 3-6 to 13-0. The Highlanders quickly rebounded from an uncharacteristically difficult season last fall to claim the No. 1 seed in the Class AAA playoffs. Only two teams have been able to score 21 points on the Highlanders. Opponents have reached double digits on the scoreboard in just six of thirteen games.

“I think they play together, number one,” said Huntington head coach Billy Seals. “They understand what we are doing. Tyrees Smith, our middle linebacker, I don’t even think they need me on Friday nights. He could call the defense and make all the adjustments. He gets guys lined up, him and David Bradshaw.”

Second-year starting quarterback Gavin Lochow has has passed for 1,993 yards and 19 touchdowns and he has rushed for 1,067 yards and 22 scores.

“Anytime you’ve got a dual-threat quarterback, you are now plus-one in the box. He throws it very well and also runs it very well.”

Martinsburg’s fourth state title came in 2013 against the Highlanders. Seals says the Bulldogs have set the standard in Class AAA football over the past decade.

“They are the epitome of what championship programs look like. So we are trying to emulate that. We’re excited we have got the opportunity to play them Saturday afternoon.”

Martinsburg has won twenty consecutive postseason games, a streak that dates back to 2016.

“We’re just blessed to be able to play it out on the field,” said Martinsburg head coach Britt Sherman. “We’ve talked about the mental health of these teenagers as one of the biggest things that was impacted by everything that was going on last year.”

Just as they did in 2018, the Bulldogs have utilized a pair of quarterbacks. Ezra Bagent has thrown for 2,403 yards and 24 touchdowns. Murphy Clement has tossed fifteen touchdown passes without throwing an interception. He is also the team’s leading rusher with 22 touchdowns. But Murphy did not play in the semifinal round due to injury.

“[Ezra] mentally has a really high football IQ and of course comes from a great pedigree,” Sherman said.

Murphy’s brother Hudson Clement owns some of the state’s best receiving numbers. He has reeled in 79 passes for 1,534 yards and an impressive 19 touchdowns.

“He just does a really good job running routes and getting open,” Sherman said. “He is not a flashy guy but he has the best hands we have had in a long time at Martinsburg.”