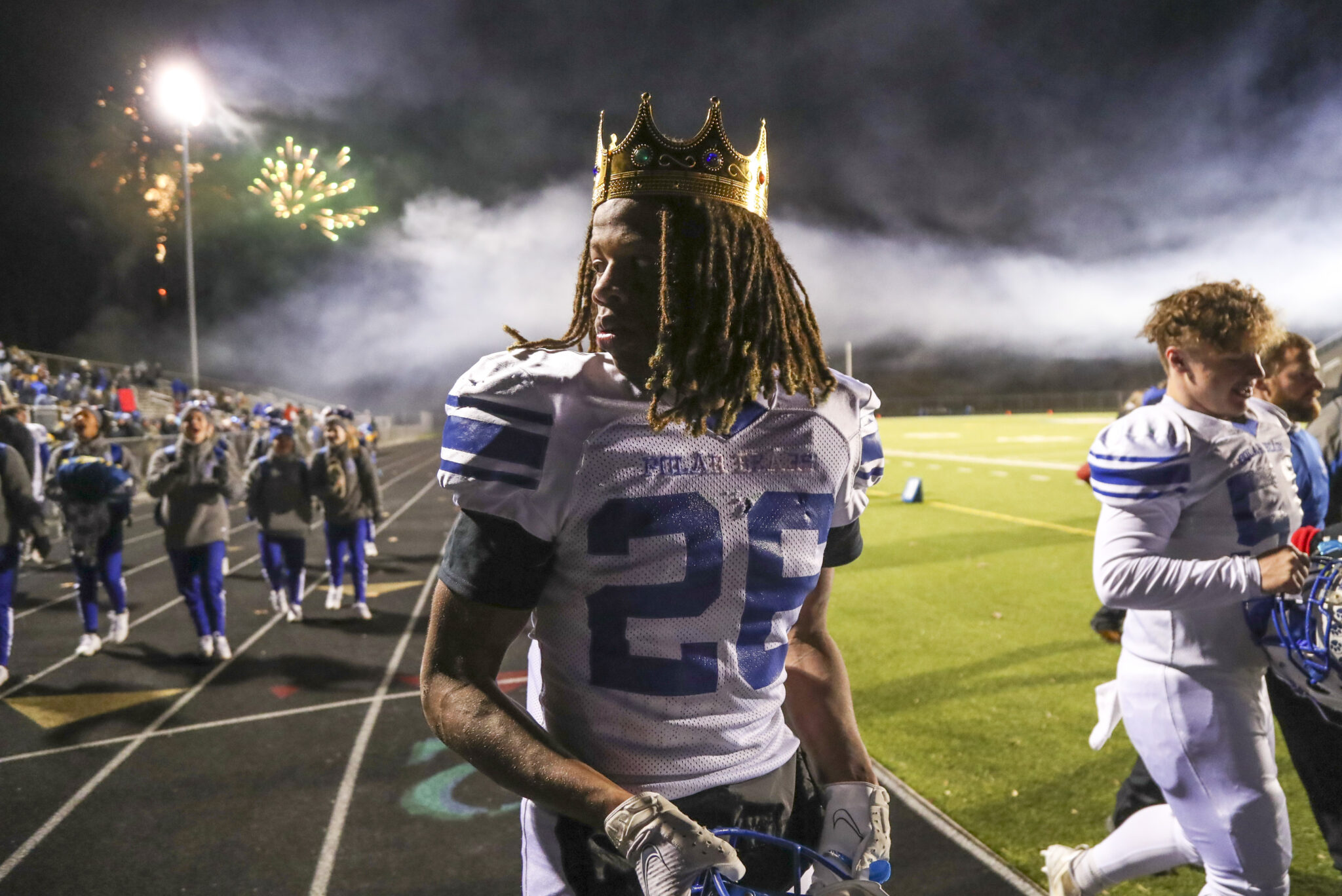 MORGANTOWN, W.Va. — Fairmont Senior has played on the state’s biggest stage five times in the last six seasons. But this year’s path to the Class AA title game came with an uncharacteristic No. 16 seed attached to their name. After three road playoff games, the Polar Bears are in position for their third championship under Nick Bartic.

As the Bears (8-4) have raised their level of play in their five-game win streak, senior quarterback Dom Stingo has done the same. Reinstalled as the starter midseason, Stingo has tossed eleven touchdown passes against just three interceptions this season.

“Dom Stingo has emerged into a leader on the offensive side of the ball. I think that led to the continuity across the board for everybody,” Bartic said.

Fairmont’s opponent hails from Coal City and the Independence Patriots (11-0) are not surprised to still be playing in December.

“We felt like we had a chance if the ball bounced our way, that we would have a good season,” said Independence head coach John Lilly. “I don’t know if we knew we would be undefeated. We thought we were going to be a good football team.”

Independence erased a 13-point halftime deficit to defeat Bluefield, 34-20 in their semifinal matchup.

“We just told them to quit turning the ball over,” Lilly said. “We turned the ball over three times in five possessions in the first half. We felt like we were moving the ball well. But we just kept fumbling and doing those things. I attribute that to nerves.”

Senior running back Atticus Goodson is well-deserving of the headlines he has received. He has rushed for 1,765 yards and 29 scores in just nine games. Goodson is far from the only weapon the Patriots have at their disposal.

“We’ve got some toys,” Lilly said. “So we play with those toys. We’ve got two guys on the outside that are pretty good with Trey Bowers and Cyrus Goodson. And of course in the backfield, you have the horse in Atticus and the slot is Judah [Price].”

The Polar Bears and the Patriots are meeting in the postseason for the second year in a row. Fairmont prevailed in the 2020 quarterfinal round.

“We haven’t lost since the quarterfinals of last year when they beat us,” Lilly said. “And they thumped us pretty good. But I have been telling people, we learned a lot from that game.”

“Who do you think you are looking out for this season? We said immediately, Independence. It is no surprise they are here. We knew they had a lot coming back from last year’s team who was really tough. They are doing a great job with their program there,” Bartic said.