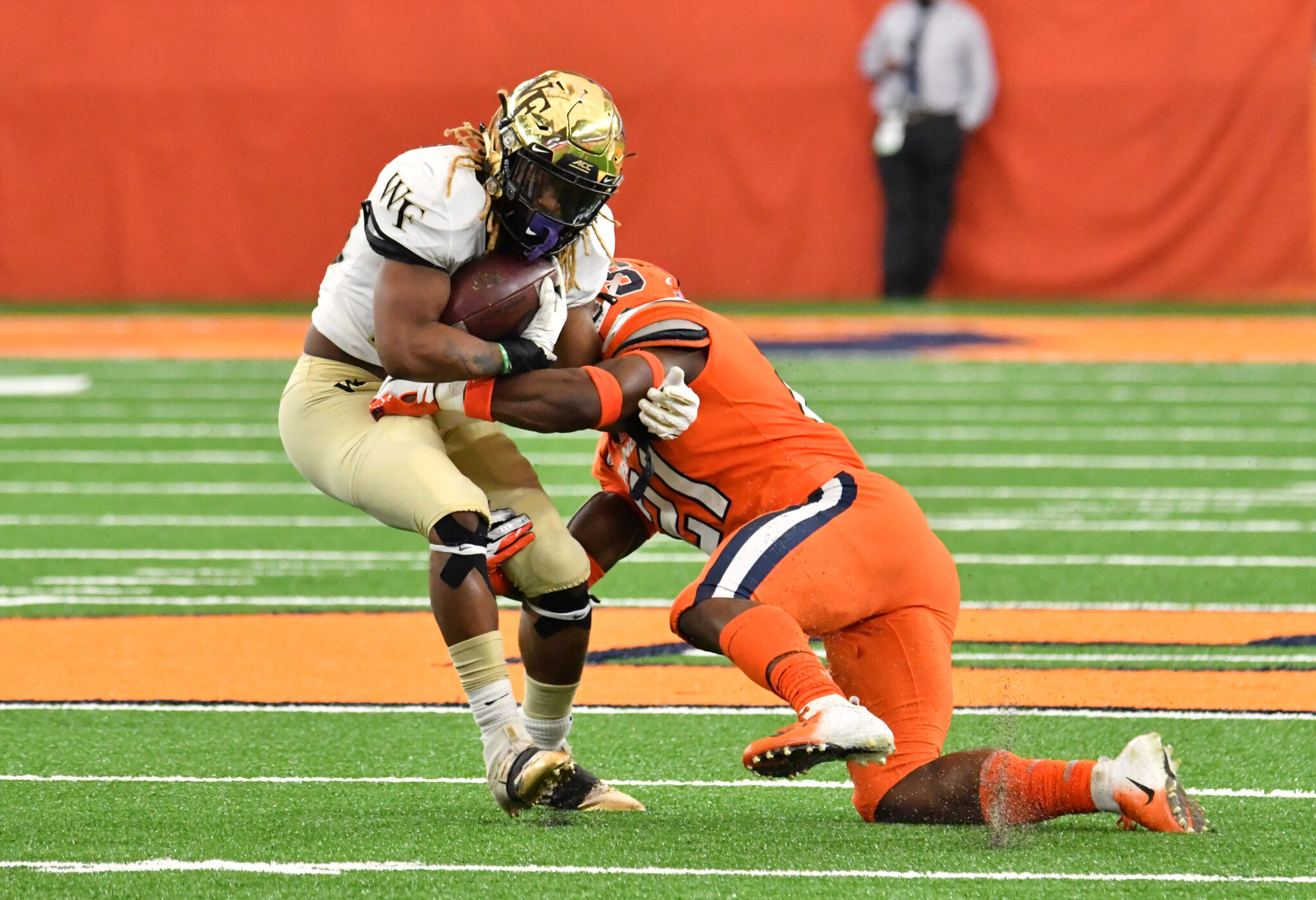 MORGANTOWN, W.Va. — The Mountaineers have addressed a need for linebacker depth via the transfer portal. Lee Kpogba announced on social media that he has committed to West Virginia.

2nd time ain’t nothing like the first you gotta make it count ……. #HailWV ⛰⛰ pic.twitter.com/RMoffoK6BP

Kpogba began his college career at Syracuse. He played in 22 games for the Orange in the 2019 and 2020 seasons and collected 44 tackles. Kpogba transferred to East Mississippi Community College this past season. In 10 games with the Lions, he racked up 84 tackles. In his second round of recruiting, Kpogba also received scholarship offers from Indiana, Louisville, Memphis and South Carolina.

Kpogba is a native of Winston-Salem, N.C.

A pair of Fairmont Senior High School graduates are featured on the All-Big 12 first and second team rosters. Senior defensive lineman Dante Stills is a first team pick. Stills started all 12 games and finished with 32 tackles (25 solo), a team-leading six sacks and team-leading 13 tackles for loss. He also had six quarterback hurries, forced a fumble and had an interception.

Zach Frazier is a second team selection. He started all twelve games at center in 2021, after starting at guard in nine of ten games as a true freshman last year.