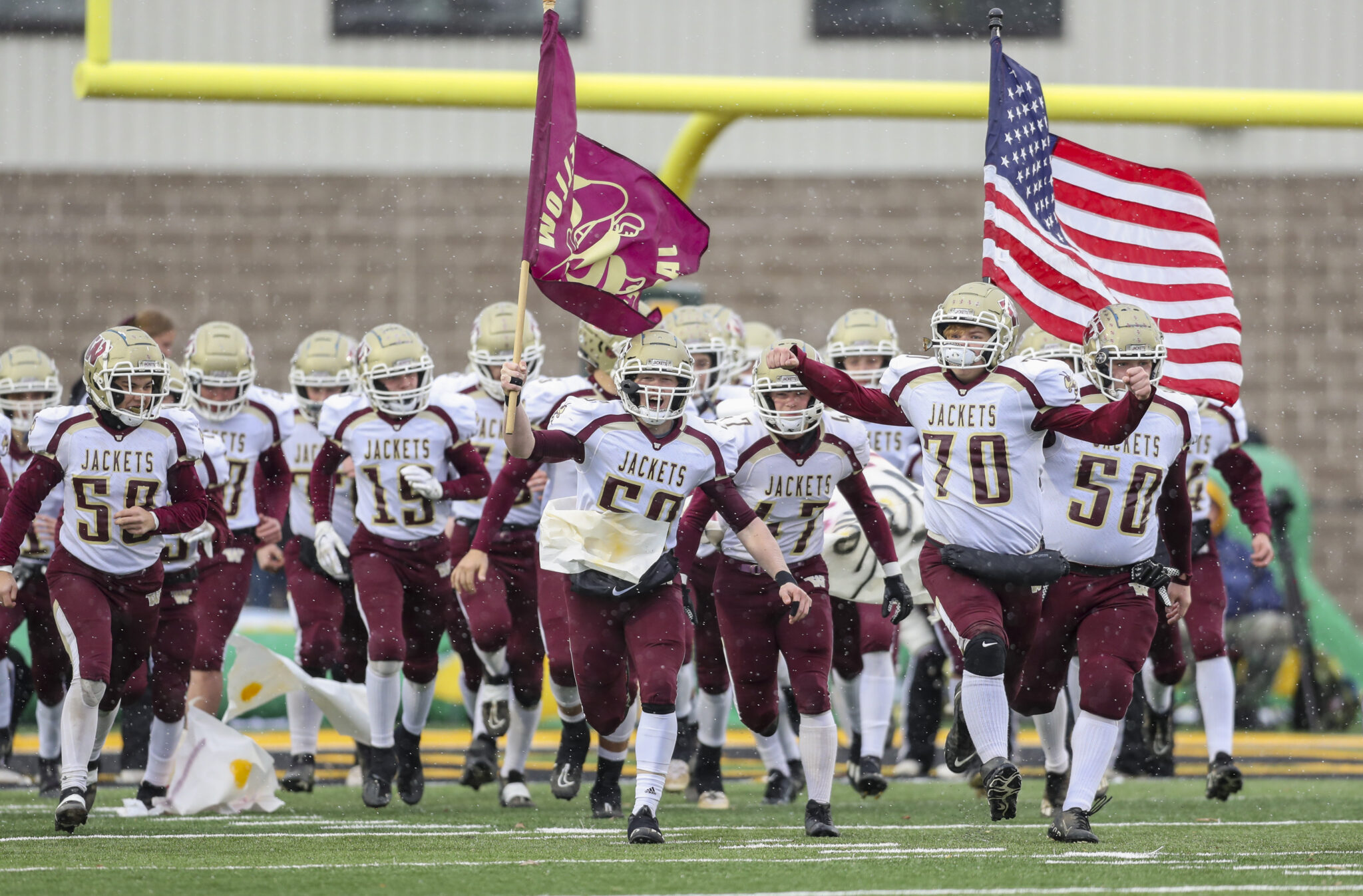 MORGANTOWN, W.Va. — Second-year head coach Chris Beck has led Williamstown (11-2) to their 22nd consecutive playoff appearance and their ninth trip to the Super Six during that run. Beck was a longtime assistant coach for veteran frontman Terry Smith.

“I have been around the program for fourteen years now and I have always said that the difference between being a good or a great coach versus maybe one of the best to ever do it — if you leave a program and it falls on its face, how good of a coach were you? I think Coach Smith built something to last,” Beck said.

Sophomore signal caller Maxwell Molessa won the starting spot in preseason training camp. He and Rickie Allen have combined to rush for 3,150 yards and 43 scores.

“He is a sophomore committed to WVU in baseball. That’s the type of athlete he is. For us offensively, he helps us in the run and pass games. He gives us an extra hat that the defense has to account for at quarterback,” Beck said.

The ‘Jackets battled through a pair of losses to Ohio teams and the loss of starting senior running back Trevor Oates to injury.

The remarkable four-year ascent of the Ritchie County (12-1) football program has placed the Rebels on the state’s biggest stage. Prior to Rick Haught’s arrival as head coach, Ritchie had won just 2 of 36 games. Since the start of the 2018 season, the Rebels are 39-9 with four playoff appearances.

“One of my first year players, who was a senior, called me last night. And I told him, I attribute where we are at today to that first group that bought in,” Haught said.

Third-year starting quarterback Ethan Haught has passed and rushed for a combined 2,420 yards and 24 scores while Gus Morrison has found the end zone 28 times as a rusher and receiver. But Rick Haught says the genesis of the team’s success comes up front.

“I think that is the group that holds our offense together. Not to take away from our skill people, but you have to be good up front to beat really good teams.”

Ritchie was one of many teams to see their 2020 playoff run cut short by the COVID map. The Rebels won their first two postseason games last fall and now have the chance to finish the season on the field.

“We had a huge [quarterfinal] win down at Greenbrier West and our county turned red. We were done. It wasn’t anyone’s fault and we weren’t different from many other programs. I think our kids have kind of always looked back on that. This year, they are getting the opportunity and making sure they don’t miss an opportunity,” Haught said.