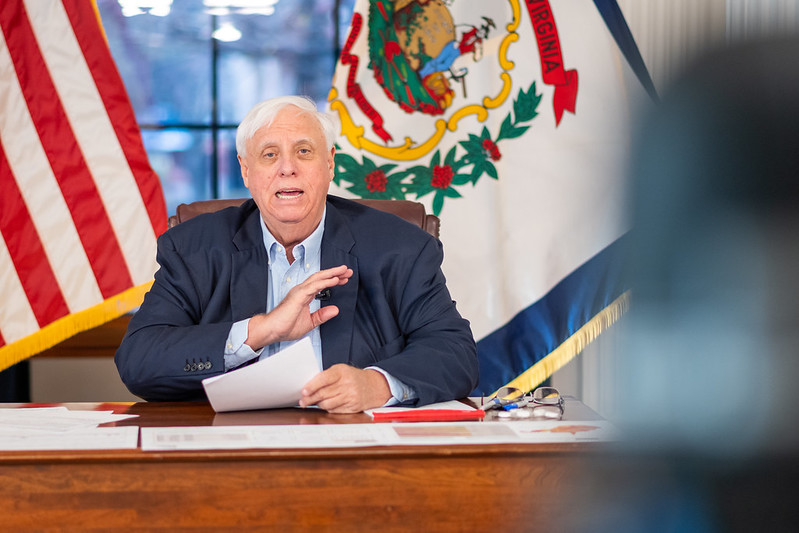 “We’ll absolutely look at it, and from my standpoint I’d be a proponent,” Justice said today. “I want to try to help anybody and everybody I possibly can.”

The governor added, “I would be a proponent, but it’s early on and we just have to look at numbers and go through all that.”

Justice’s comments on MetroNews’ “Talkline” were in the context of a positive monthly revenue report from the state. West Virginia reported being $88 million above estimate for the month.

That was one of a series of positive revenue reports, resulting in West Virginia being $269.4 million ahead of estimates almost halfway through the fiscal year.

The fiscal performance has fueled by an influx of federal funding to the state, businesses and individuals — as well as by upswings in energy markets.

Addressing the possibility of pay increases, Justice expressed caution that state officials will need to examine the longer-term financial outlook.

“I’d surely be in favor and I would be a proponent. Yes, I would,” he said. “We want to be careful and be wise in all this. We’ve kept a solid budget, for all practical purposes, flat. We’ve not wasted money. We’ve got West Virginia on a pathway that is really rock solid.

“With all that being said, you don’t want to just grow government because you’ve got money. You want to be prudent with what you do.”

This past legislative session, the Justice administration proposed a $4.569 budget that officials described as flat.

What the Legislature wound up passing was millions of dollars less than that, appropriating $4.495 billion to the general fund.

That budget did not include additional pay raises for state employees, nor did one passed in 2020.

During this past year’s State of the State address, the governor proposed a series of flat budgets for coming years to cushion a phase-out of the state income tax. Lawmakers couldn’t agree on what shape that tax cut would take, and it collapsed.

State employees and school teachers did receive pay raises in 2018 and 2019.

“Yes, it has been two years since the last pay raise for teachers, service personnel, and public employees,” said Fred Albert, president of the American Federation of Teachers-West Virginia.

“In order to stay competitive and to attract and retain quality teachers, service personnel, and public employees it is good to hear that Governor Justice is a proponent of looking for a way to offer competitive salaries for the all of these essential workers.”

The governor has been praising West Virginia’s tax collections as a sign of a solid economy. Justice’s administration put out a statement this week citing those figures with the headline, “Gov. Justice’s rocketship ride is — REAL.”

“It’s hard not to be braggadocious. And that’s not my nature,” Justice said today on “Talkline. “In all honesty, when I walked in the door I told you I was going to take you on a rocketship ride. And absolutely we’re riding the rocket and we’ve got more and more and more good to come.”

Justice also commented on the administration’s ongoing efforts to slow the spread of covid-19 in West Virginia.

Active cases were at 7,673 today, according to state figures. That’s the highest number since October.

The state listed 583 covid-19 patients in hospitals, another rising figure. There were 192 in the intensive care unit and 97 who need ventilators to breathe.

“We’ve always got to be concerned, do we not?” Justice said. “For someone to not be concerned is being frivolous. Without question, we need to continue to watch.”

There are 7,673 active COVID-19 cases in West Virginia. There were 570 confirmed hospital cases as of yesterday. @WVGovernor talks about the COVID numbers and more with @HoppyKercheval. WATCH: https://t.co/yCFQ3nDJuy pic.twitter.com/CJVnwPL5k1