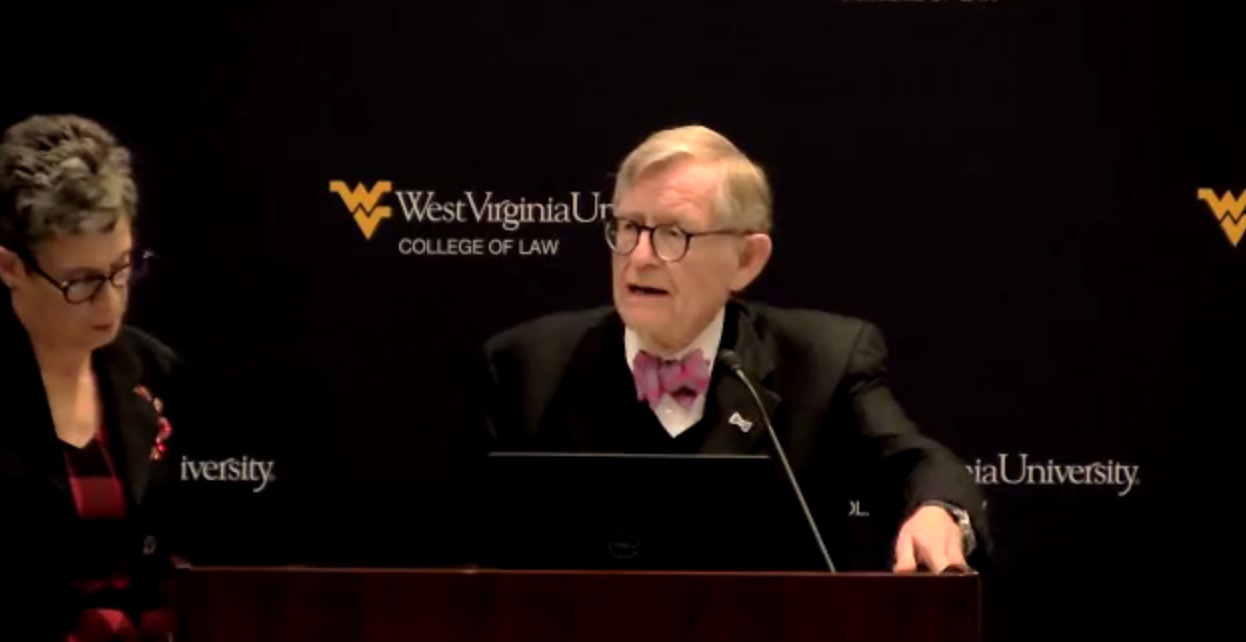 The vote came after Gee and Reed defended recent changes at WVU including an academic transformation process and hiring practices.

“I understand that change is hard but it is necessary,” Gee said. “If we do not change we will not survive. It’s that simple.”

Speaking before the vote, WVU Professor Scott Crichlow said the resolution was about shared governance. He said faculty members don’t have much of a say at WVU.

“Our shared governance position in terms of what the (Faculty) Senate is allowed to do and basically the overall role of the faculty at the institution is very, very, very limited compared to your average R-1 (Research-1) university,” Crichlow said.

Reed said she was proud of the administration’s efforts to regularly communicate with the faculty through the pandemic and now especially in the area of academic transformation.

“Have we done everything perfectly? Certainly not. Is there room for improvement? Certainly. Have we acted in ways that are unscrupulous, unethical, untoward? Certainly not,” Reed said.

Crichlow also criticized Gee, who is in his eighth year in his second stint as WVU president, for his selection Reed as provost in 2019. He said Gee chose Reed without feedback from the university or Faculty Senate.

Gee said there was wide consultation before he selected Reed.

“One of the reasons that kept coming back to me is that Maryanne was recognized among our deans and among our faculty as one of the best leaders we have,” Gee said.

Longtime WVU College of Law Professor Bob Bastress said there was no basis for the ‘no confidence’ vote.

“I have found no difficulty whatsoever getting input as a faculty member,” Bastress said. “The administration has been completely open in its processies.”

WVU Board of Governors Chair Tom Jones issued a statement following Monday’s vote. He said the BOG fully supports the leadership of both Gee and Reed.

“Their commitment, as well as the commitment of the entire administrative team, has enabled our University to navigate a global pandemic while preserving academic quality, maintaining financial stability, and protecting the health and safety of our campus community,” Jones said.

He added he hopes there can be productive dialogue with members of the faculty on critical issues.

“We urge the University administration and the faculty to have those necessary conversations so that we may focus collectively on our highest priority of educating our students and serving the people of West Virginia,” Jones said.

“To have a vote of no confidence on this man, we believe, is the wrong approach,” Senate President Craig Blair said during an appearance on MetroNews “Talkline.” “It sends the wrong message not just in the state of West Virginia but throughout the world.”

“We appreciate the role he’s playing in helping us advance the goals we all share in growing the economy in West Virginia and we want the world to know that,” Hanshaw said.

Gee also said Monday his administration has transformed enrollment and retention and have been able to improve graduation rates.

News
Hospitals see no indications of slow down with new pandemic high for patients
Staffing issues continue to be top concern.
By Jeff Jenkins
News
Ihlenfeld leads formation of unit to combat healthcare fraud
Force includes parties from the local, state and national level.
By MetroNews Staff
News
The Dickinson Group to look at solar, wind, reforestation projects in West Virginia
The group has partnered with Edelen Renewables from Kentucky.
By MetroNews Staff
News
Federal agencies release report on Martinsburg PFAS presence
The U.S. Centers for Disease Control and Prevention and the federal Agency for Toxic Substances and Disease Registry studied the human impact of polyfluoroalkyl substances in Martinsburg and Berkeley County.
By MetroNews Staff
View AllHoppy's Commentary