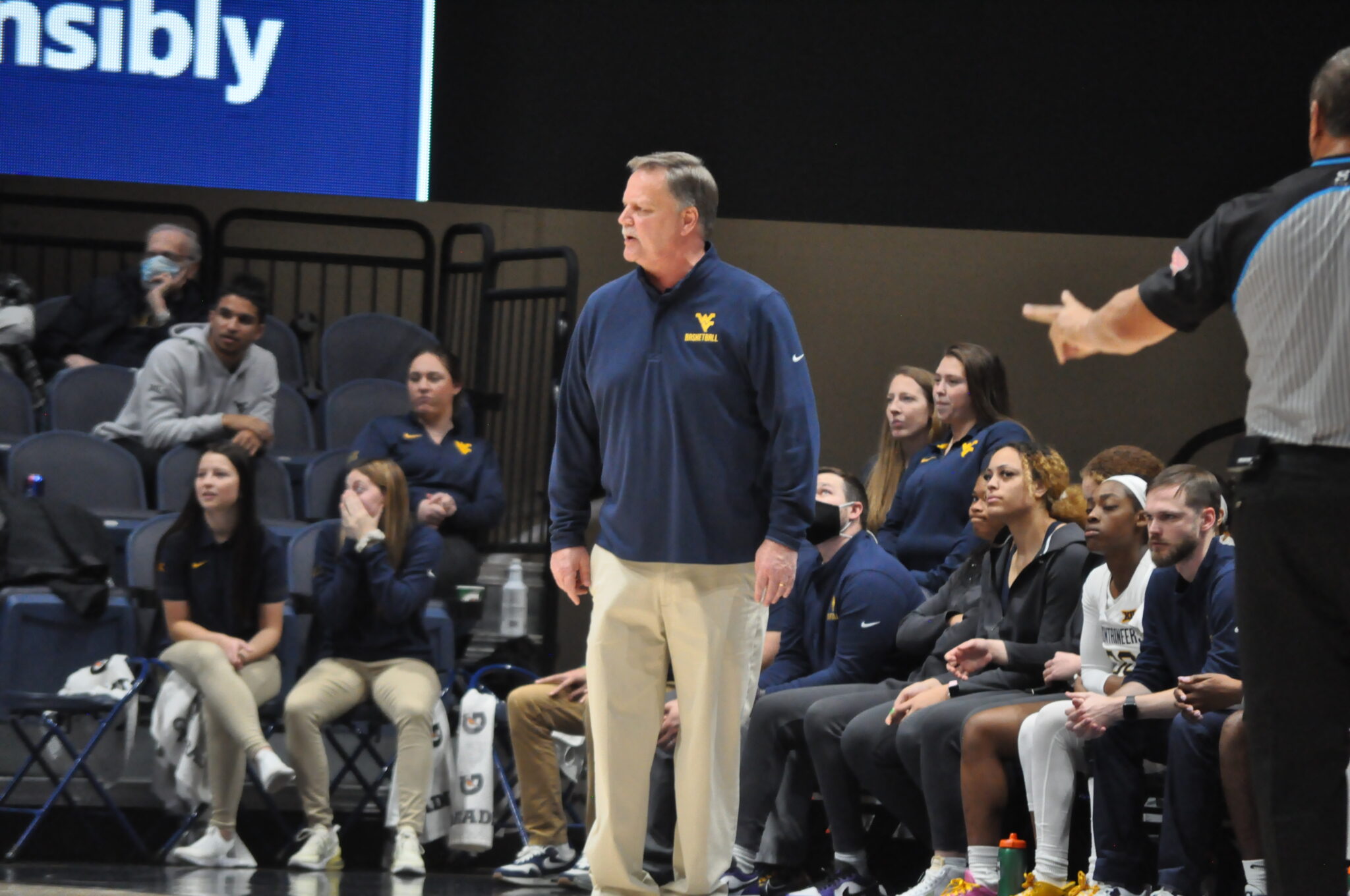 After winning their first four games of the season, West Virginia has dropped their last two contests. WVU was edged by BYU, 58-57 on November 27 and was soundly defeated by No. 16 Kentucky, 83-60 on Wednesday.

“I thought we were ready to play. I thought our energy was good in the first quarter. But then I just thought the more I started putting other people in, we broke down defensively. Offensively, we weren’t scoring. We had them well-scouted. We knew who could shoot the three. For some reason, we weren’t getting out on them. They got hot from three and blew the game open,” said WVU head coach Mike Carey.

“I pouted for a day or two. And then I thought, my goodness, quit pouting. Let’s just play our way out of it. Let’s just get back in here and see what we can do to get better.”

With fifteen players on the roster and eleven that have played in each game, Carey remains in search of the right mix of players to come off the bench and contribute in complementary roles.

“The good thing is we have a lot of bodies. The bad thing is we have a lot of bodies. You just have to find the chemistry and find the best in there. Players also have to understand when you may not play a lot in a game because of the matchups or somebody is playing better. With that being said, you have to be a team player, accept that and be happy for somebody else. I am not saying we are not doing that, I am just saying after the Kentucky game, I really didn’t like the body language.

In the losses to BYU and Kentucky, the Mountaineers were held to 57 and 60 points, respectively.

“I have been disappointed in our scoring the last couple games. I told them yesterday in practice that we can’t score in the fifties and win. Our defense is not that good and our rebounding is not that good against good teams.”

Charlotte (3-4) has won their last two games after a 1-4 start. The 49ers are the preseason favorite to win Conference USA and guard Octavia Jett-Wilson is the league’s preseason co-player of the year. She leads the team in scoring at 18.1 points per game.

“They have a lot of ‘Power 5’ transfers. They’ve got a player from Kentucky, from Duke and a couple other teams. Their guards are very good. They’ve got the preseason player of the year at a guard.”

WVU’s leading scorer, KK Deans [15.8 points per game] suffered an ankle injury in the loss to Kentucky. Carey is uncertain that Deans will be in the lineup against Charlotte.

“She did a little shooting yesterday and [Monday] will try to do a little bit more. Her range of motion is getting better but we will see where she is at. If it is not where it needs to be, we won’t play her.”