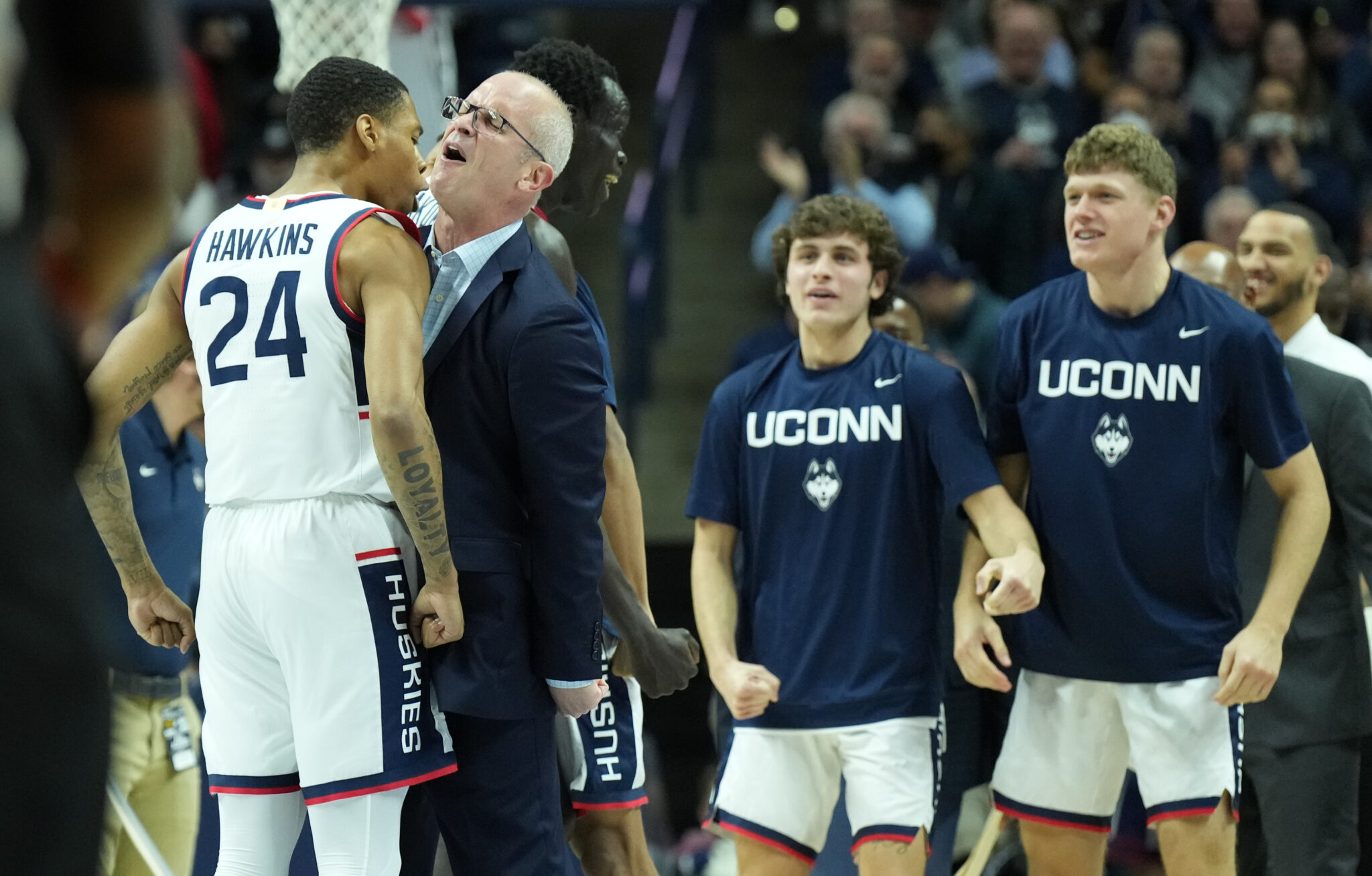 MORGANTOWN, W.Va. — UConn visits the Coliseum for the first time in over a decade Wednesday night when the Mountaineers host the Huskies as part of the annual Big 12-Big East Battle. Through four of the ten matchups, the conference challenge is tied 2-2. The Big 12 has earned wins from Kansas and Iowa State. Games continue in the series through December 18.

No. 15 Connecticut (8-1) has posted five wins by at least 24 points and they own victories over Auburn and VCU at the Battle 4 Atlantis.

“This is definitely going to be our hardest game so far in the season,” said WVU sophomore forward Isaiah Cottrell. “They are really an athletic team. They run every single time down the floor. The conversations we had were to play harder, play faster, play longer than them and we’ll come out victorious.”

“They are really, really good. They’re athletic as can be. They remind me of some of the teams of the past. They just do a great job in transition. They really rebound it — superior athletes,” said WVU head coach Bob Huggins.

“I have many concerns. It is hard to sit here and put them in order when they are multiple.”

The Huskies are in their fourth season under former Wagner and Rhode Island head coach Dan Hurley. Through Monday’s play, UConn ranks ninth in the country in points per game (85.9) and seventh in scoring margin (+23).

“Danny’s got a really good team. They are deep and they are so athletic. They can score multiple ways. They’ve got a lot of guys that can score. They really defend. I wish we were a little better at this time. Hopefully we get better. It would be a better game,” Huggins said.

“They can score so many different ways. I think they are as good of a transition team as I have seen in quite a while. They are really good in transition. They really get out and run. They fill lanes. They finish. They’re a really good rebounding team. That’s the whole team, not just a few guys.”

UConn will take the court Wednesday without two of their top three scorers. Sophomore forward Adama Sanogo (15.6 points per game) is out for three weeks with an abdominal strain and Rhode Island transfer Tyrese Martin (12.9 points per game) will miss up to four weeks with a wrist injury.

R.J. Cole leads the Huskies in scoring at 16.3 points per game and he has also dished out a team-best 40 assists.

Huggins says that senior guard Sean McNeil is day-to-day after sitting out the Radford game with a lower-back injury.