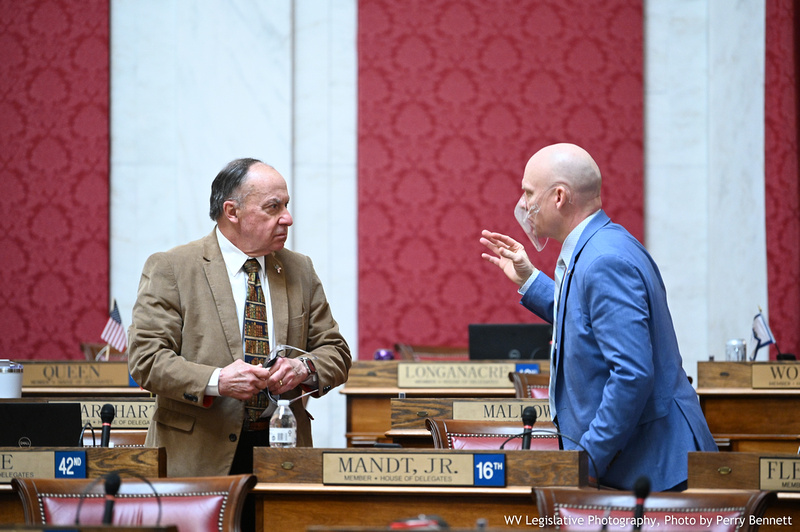 State Delegate Barry Bruce, R-Greenbrier, has resigned from the House seat he held for about a year.

His resignation means Gov. Jim Justice will be able to appoint yet another member of the House of Delegates. Late last month, Justice named Kathie Hess Crouse, a Republican from Putnam County, to a seat vacated by Joshua Higginbotham, who moved and is running for Senate.

Bruce, a Lewisburg resident, won election in 2020 to the two-seat District 42, which includes parts of Greenbrier, Summers and Monroe counties. He and fellow Republican Todd Longacre defeated incumbents Jeff Campbell and Cindy Lavender-Bowe. Campbell has since changed his party registration to Republican.

Bruce submitted a resignation letter on Dec. 3 to House leaders, citing concerns about his health. The online Lootpress first reported his departure.

“Serving as a member of the Republican supermajority has been a blessing, and I am excited about the progress our state is making on the economic, social and judicial fronts that were the hallmarks of my campaign,” Bruce wrote in his letter.

The letter noted the health concerns that will require a period of recovery over the same period as the regular, 60-day legislative session.

“While I am saddened to leave office, I resign knowing my votes were made prayerfully and with the best interests of West Virginia and her people in mind,” Bruce wrote.

“I will continue to work behind the scenes for a better tomorrow for the Greenbrier Valley, and I will support whomever is appointed as my successor in any way possible.”