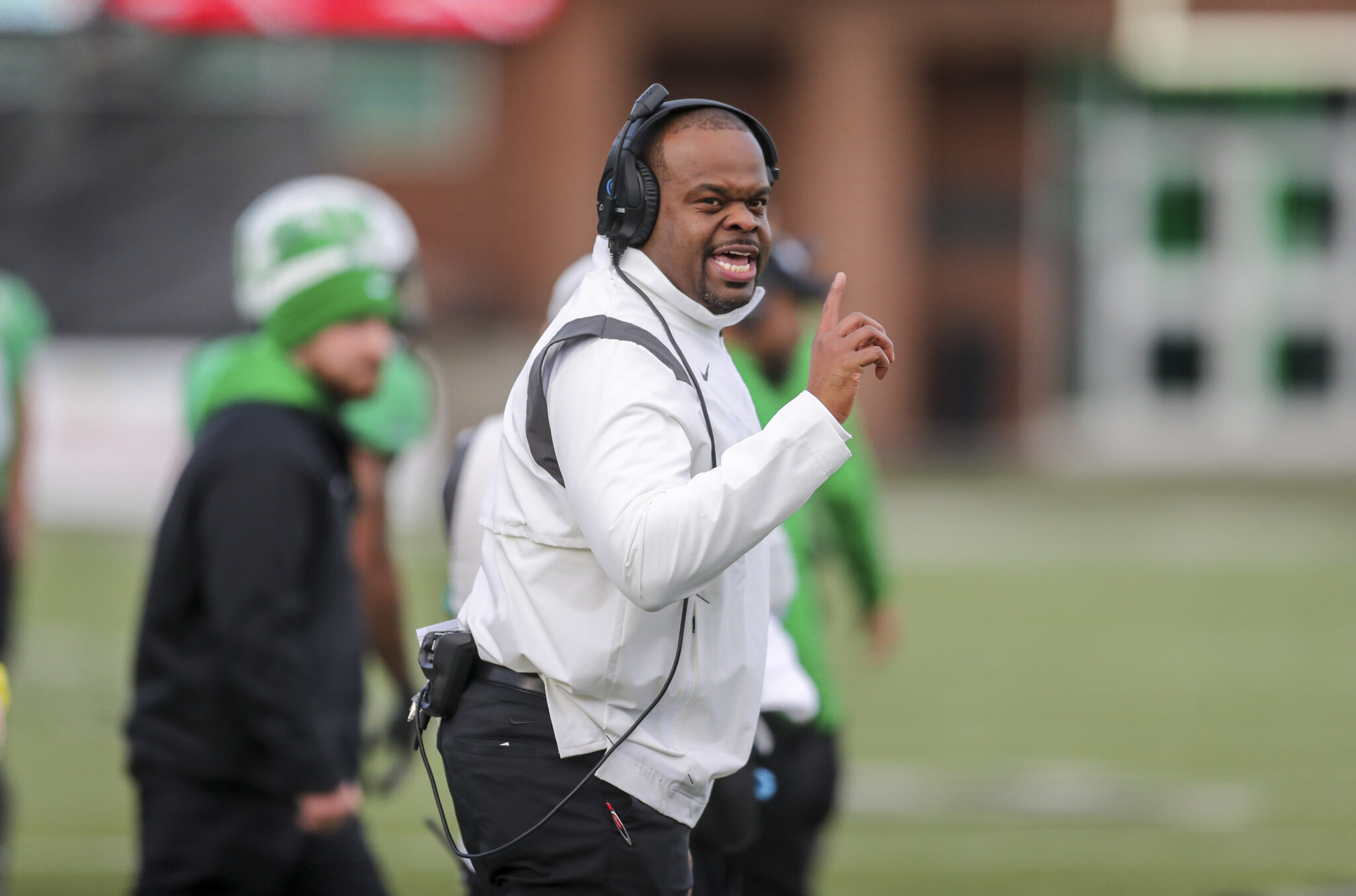 NEW ORLEANS, LA. — Marshall football coach Charles Huff says he has emphasized to his players to ‘be where your feet’ as bowl week preparations continue for the Thundering Herd in New Orleans.

Marshall, 7-5, plays No. 16 Louisiana, 12-1, Saturday in the R&L Carriers New Orleans Bowl from the Caesars Superdome. The game is scheduled to kick off at 9:15 p.m. EST and be broadcast on ESPN.

Huff said on Thursday’s MetroNews ‘Talkline’ that while a bowl week has many activities on and off the field, consistency in preparation is key for success in the game.

Huff was an assistant for the Alabama Crimson Tide under Nick Saban for two seasons before coming to Huntington. In 2020, those bowl preparations for the Tide included the Rose Bowl and CFB National Championship game. Huff said he has learned from Saban and has a structure for Marshall’s preparation modeled after Alabama for his first bowl game as a head coach.

“A lot of what we have done, I have learned from Coach Saban and how to stay consistent. How to try and allow the guys to have free time and enjoy the bowl, but also understand that the bowl is still a game,” Huff said.

The team arrived in the Big Easy Tuesday and immediately took in the sights and sounds of the iconic Caesars Superdome where the game will be being played. The 70,000 plus capacity dome has hosted major bowl games, NFL playoff games and Super Bowls.

Huff said he brought the team there right off the bat of the trip so players do not get overwhelmed come Saturday night.

“If you wait until gameday when you run in there, you’ll be looking around for a half. The next thing you know, you forgot you’re playing a football game,” he said.

“As soon as we got off the plane, we went by and spent 30 minutes in there. We allowed the kids to take it in, take photos and take it all in so the next time we go over there, it’s all business.”

Marshall then hit the turf at Tulane University for practice as it’s the team’s facility all week. Huff said between its last game on Nov. 27 and now, coaches have split time between preparing for the Ragin Cajuns and developmental work with the part of the roster who usually works as scout team.

Louisiana has won 12 straight games, including a December 4 home victory over Appalachian State, 24-16, in the Sun Belt title game. The game is also the first meeting between the two schools and will feature a future Sun Belt matchup.

Huff said good is not good enough when better is required.

“They are built strong upfront. Their front seven is a strength group. They have good size, good length, going to challenge our O and D lines because they are long and fast,” Huff said.

The teams are also taking place in community activities this week. On Thursday, Marshall players hung out with the Special Olympics of Louisiana at the Superdome. Jay Cicero, the President and CEO of Greater New Orleans Sports Foundation told MetroNews teams will also work with Habitat for Humanity, Xavier University of Louisiana, senior living centers, animal rescue visitations, and Children’s Hospital New Orleans.

@HerdFB participated in a Day of Service with various organizations, including Special Olympics and Habitat for Humanity NOLA. These players enjoyed teaching football to children and adults from the community! ??? #MarshallUFamily #RLBowl #WeAreMarshall pic.twitter.com/8MkUeBhiC4