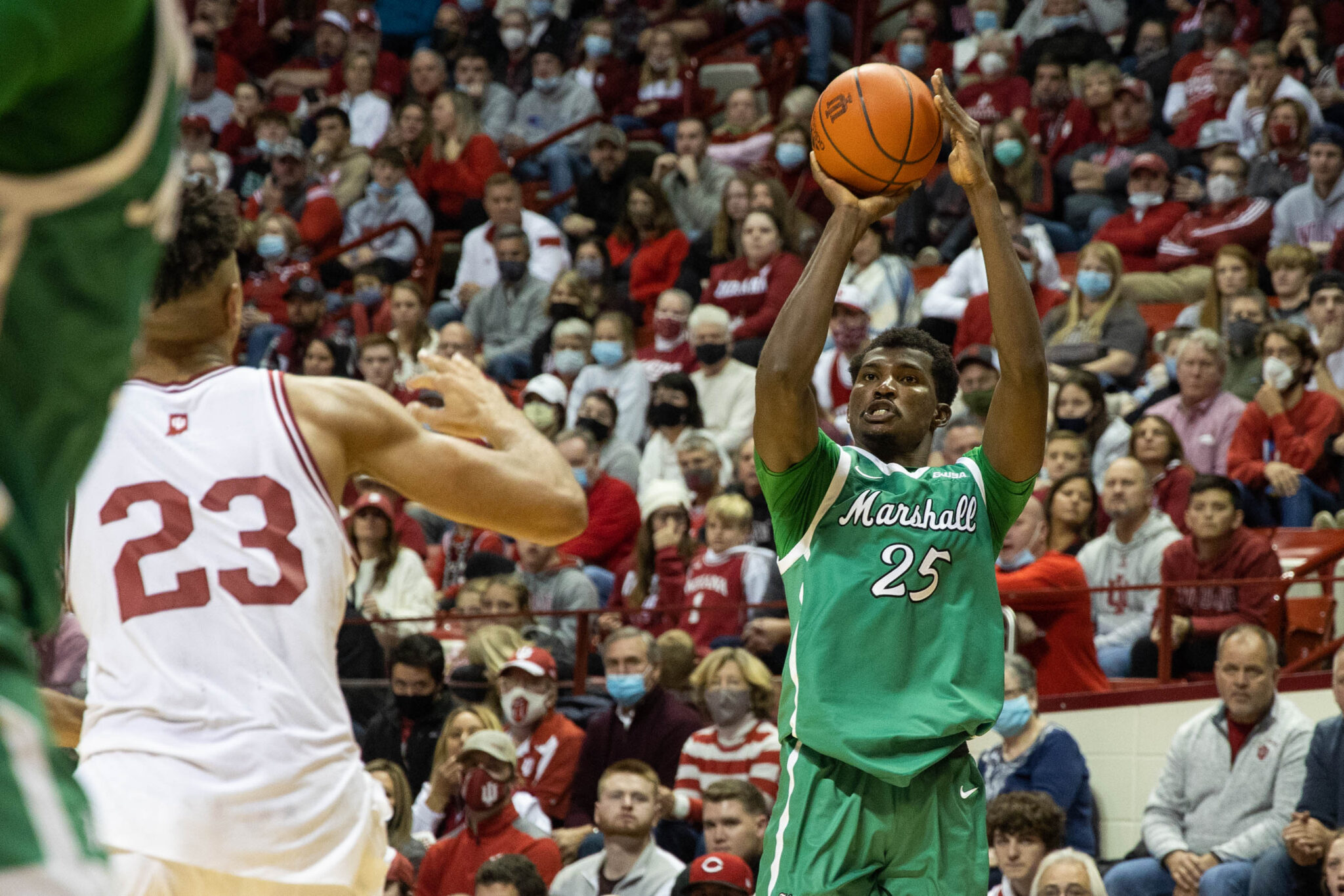 Ohio built a big lead in the second half, then survived some anxious moments down the stretch to defeat rival Marshall, 75-65, Wednesday night in front of 6,227 fans inside the Convocation Center in Athens, Ohio.

Sears came to the rescue with a 3 with 1:28 to play to restore the lead to eight. It was the home team’s only three in the second half. The Bobcats then converted their free throws down the stretch to make it six straight home wins. Ohio made 24-of-26 free throws overall.

“It was a physical game, especially in the first half and we didn’t react well to it,” Marshall coach Dan D’Antoni said. “They cut down on our ball movement, we had no quick runs. We’re down 17, get it back to five before they bank that three.”

Obinna Anochili-Killen led Marshall with 18 points, nine rebounds and two blocks. Taevion Kinsey added 15, David Early 14 and Taylor 11. However, Kinsey went 4-of-18 from the field and Taylor 4-of-14.

The Herd got just three points from its bench.

“We’ve got to shoot better,” D’Antoni said. “We can’t be out-physicaled. No dunks, no free runs, the ball not moving. We’ve got to make it obvious and get fouled.

Making it a tough shooting night for Kinsey and Taylor worked out well for the Bobcats.

Kinsey came in averaging 21 points a game. Wednesday was his lowest point total since a 10-point effort against Campbell on November 18.

“We talked coming in, the two keys were going to be Taylor and Kinsey, and we talked about transition defense, ball screen defense and rebounding,” Bobcats’ coach Jeff Boals said. “I think I’d have to look but I think this might be the third team we’ve held them to their lowest point total of the season. Our half-court defense has been really, really good this year.

“We knew they would make a run, which they did. We made enough plays down the stretch and got to the free throw line. Got to the paint, jump stopped for about 90 percent of the game and got to the foul line, which you know, that was one of our keys today.”

D’Antoni said to expect the same type of physical game, one different from the up-and-down action last Saturday at Eastern Kentucky.

“They challenged us to be physical and we didn’t respond,” D’Antoni said. “After we’re down 17 and we can’t throw it in the ocean we outplay them the rest of the way. The intensity we can’t let up. We have to get our offense to catch up with our defense. That’s unusual in my reign.”