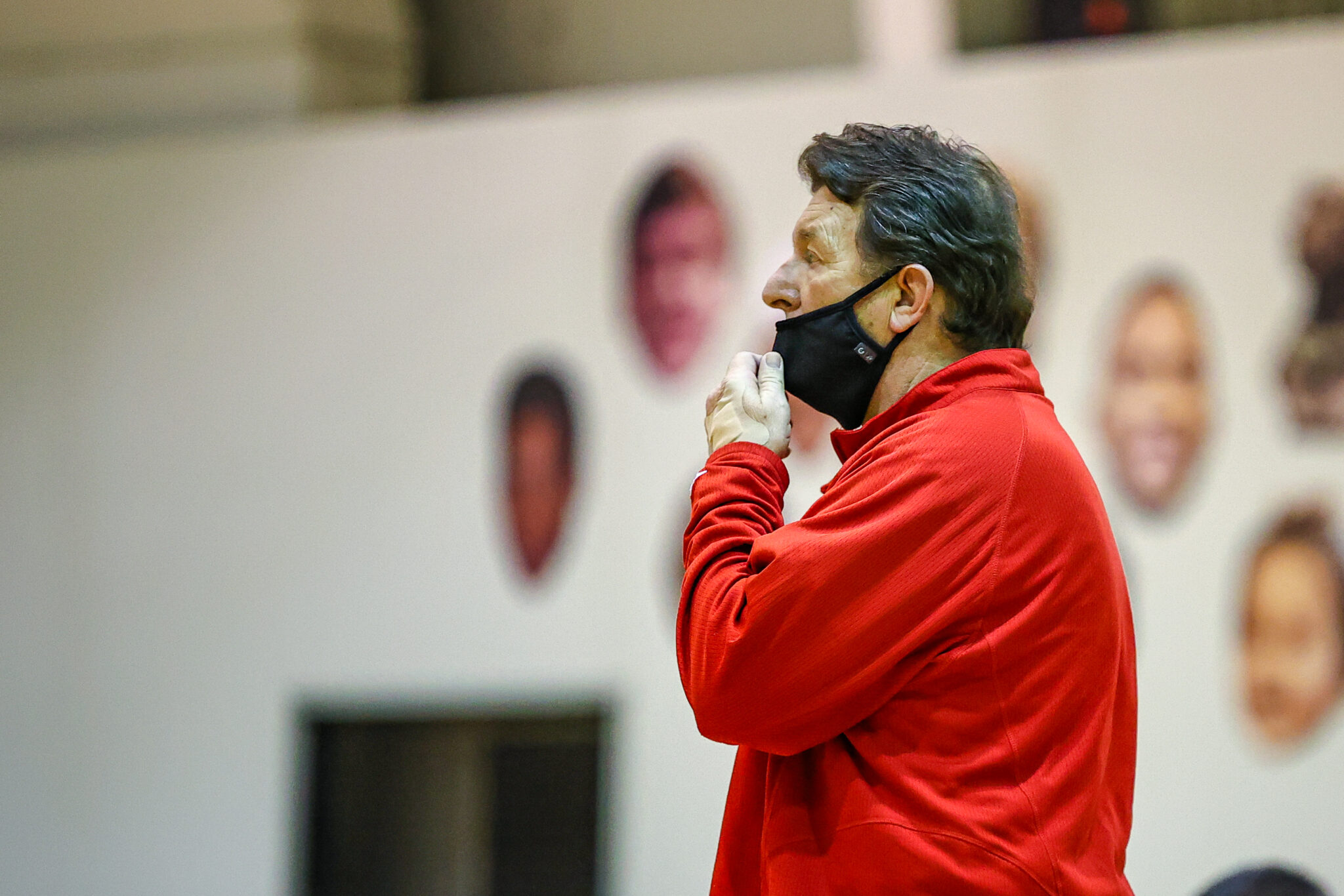 Price joins Martinsburg’s Dave Rogers to reach that mark. Price is in his 44th season with the Red Devils. Price was a guest on the Thursday night edition of the CityNet Statewide Sportsline.

.@theonlyrhs boy’s head basketball coach @Goreddevils1 won his 700th career game against Buffalo Tuesday evening. This is his 44th season as the Red Devils head coach. He talks about his illustrious career to @TonyCaridi, @BradHowe07, and @HunterWvu88bgn. #wvprepbb pic.twitter.com/EYL3HgsuO0

“I have had a lot of people reach out,” Price stated. “It has been nice. Coaches and people from back home have reached out.”

Price is humbled to have reached that mark, but he gives credit to the behind the scenes work from former colleagues that have shaped his illustrious career.

“It is all good, but there are a lot of people involved in that,” Price noted. “I have had great assistants over the years. I have had great players and teams. They deserve all the credit, but I just ride the bus with them.”

Price spent one season before Ravenswood at Sistersville, which is now a part of Tyler Consolidated. He remembers his first win like it was yesterday, 45 years later.

“We played Cameron at Sistersville, and that was my first win,” said Price. “Lynn Ullom, who was the athletic director at West Liberty, was the point guard on that team. They had a great team, and we were lucky to beat them.”

At the age of 20, Price had a diamond in the rough coaching Richard Summers. Summers graduated from Sistersville in 1978, and he was a first-team all-state selection. Summers averaged 38 points per game before the advent of the three-point line.

Price did not believe the performance Summers had that evening.

“Nick Bedway from the Wheeling Intelligencer asked me if that was the best I had seen Richard play, and I said no,” Price stated. “I had seen him play better. He looked at me and said ‘you know he had 58, Mick?’”

Price has coached a plethora of outstanding high school basketball players and teams, including the Class AA state champions in 2006 and 2009. Price believes that nothing has changed from the player’s side of things as long as the parents stay out of their ears.

“I think the players would be fine if the parents left them alone,” Price noted. “I think the players would buy in if they wanted to play, dig in, and do stuff. Some people think that since their kid is not starting, first team all-state, or getting enough love that they will take them someplace else. They would say that he is better somewhere else, or that it is the coach’s fault.

“I have been blessed at Ravenswood. I have not had that much here. We have a lot of people that support our program, and I think a lot of the parents know that we are there for what is best for the kids.”

The Red Devils (2-0) seek their third win of the season Friday evening against Wahama.