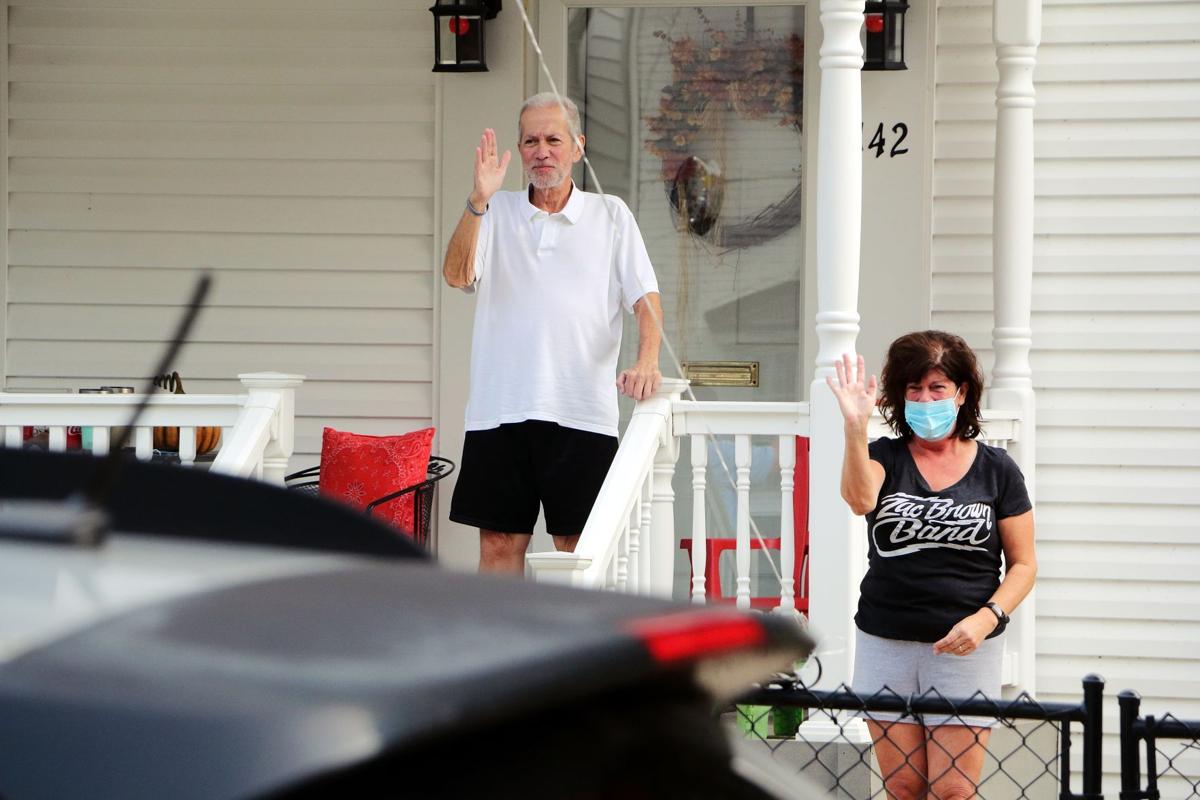 Former Logan Mayor Tom Esposito waved to friends during a parade in his honor on his birthday, Sept. 20, 2020. (Photo/Boothe Davis for The Logan Banner)

Esposito served four terms (1987-2003) as mayor. Former Logan businessman and broadcaster Larry “Speedy” Bevins said Esposito came into office at a time of transition for Logan when U.S. Route 119/Corridor G was making it easier to get to Charleston and Huntington but worked hard to make sure Logan’s economy didn’t suffer from the change.

“Tom and his council really worked together to make Logan still a destination point for commerce and retail,” Bevins said. “He had a great analytical mind, he understood the economic impact.”

Bevins said the impact Esposito had as mayor is still be felt in Logan.

“Tom was just a very likeable guy, first and foremost,” Bevins said. “Tom spoke to everybody where he knew you or not, he spoke to everyone.”

Esposito stood on his front porch on his birthday Sept. 16, 2020 and waved to residents who were part of a parade organized in his honor. He was fighting cancer then and trying to stay clear of the COVID-19 pandemic.

Bevins said Esposito was a fighter to the end.