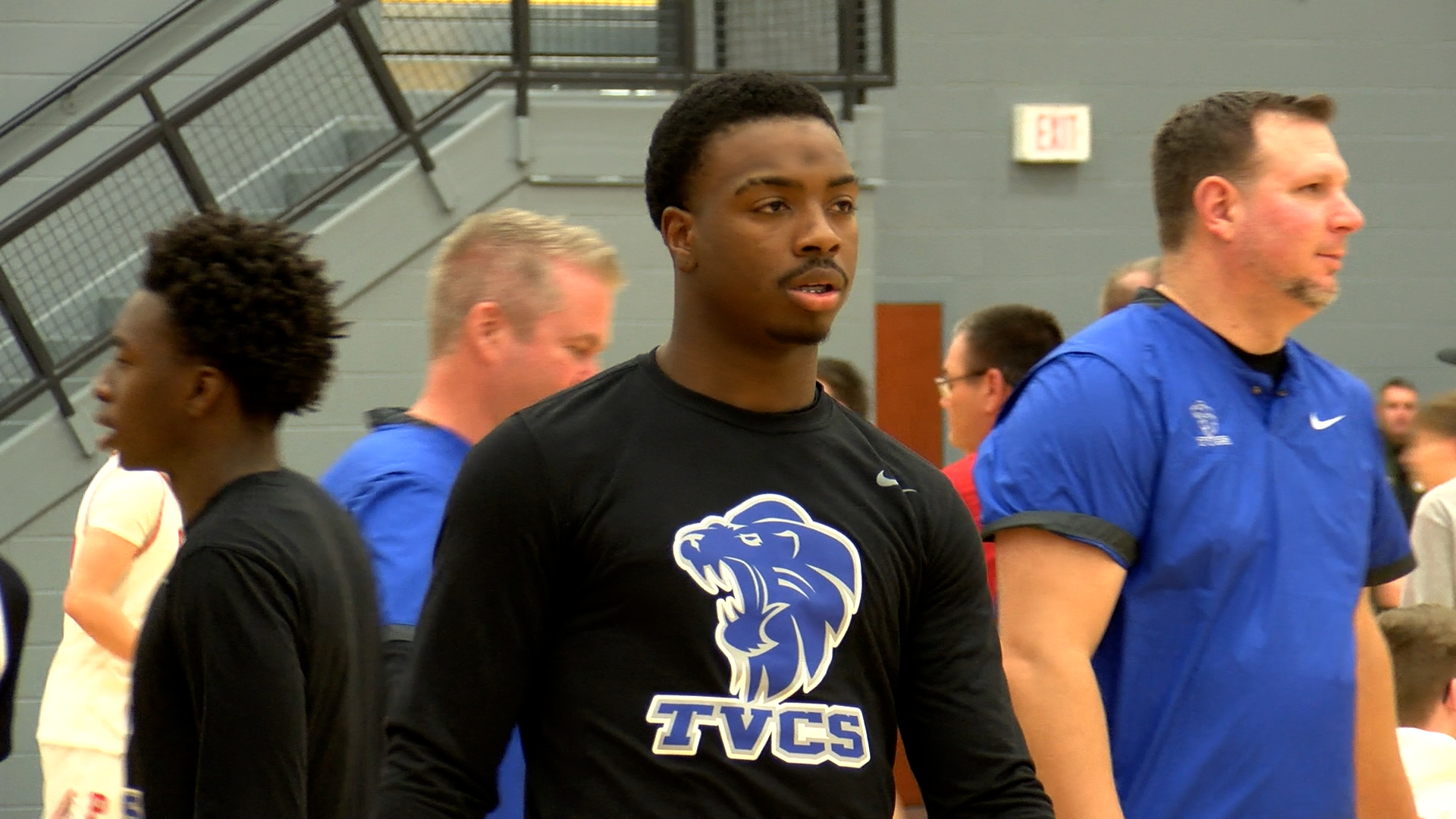 INSTITUTE, W.Va. — Teays Valley Christian School in Scott Depot is a long way from Ontario, Canada. But that path has led senior guard Josiah Davis to his college home in Morgantown. Davis is one of two players to sign for West Virginia’s Class of 2022. His trek south provided him with the opportunity to play at a high level prep school and the chance to build his game for the Division I level.

“I love coming to this school. I love having people around me who support me and care for me,” Davis said. “My coaches and teammates love me. My host family, everybody is behind me. That’s what I love. I appreciate the support always.

“I always miss home. 509 standup — that’s where I am from. That’s my city. I’ll prove it to everybody else who is younger and younger generations that they can do what I am doing if they put the work in.”

On Friday, Teays Valley Christian matched up against last year’s Class AA state runners-up from Poca. Davis scored 25 points in a 55-48 loss to the Dots and Virginia recruit Isaac McKneely.

“It was a lot of fun. Getting to come out and play the best competition in this state is what I want. That’s what I want to prepare for at the next level. At the next level, there’s going to be a lot of guys that are ready for the highest stage and I have to be ready as well. Their coach [Allen Osborne] is a really good coach. They have a very good system with their offense. And they came out with the win.”

The Lions are 9-2 against a schedule that will see them play throughout the Mid-Atlantic and Southeast.

“We are definitely where we want to be at but we still have to get better. There’s still a lot of things we have to put together and grow with each other, and continue to be a team and love each other as one. That’s what it really is. When I talk to these guys, I tell them we are going to come on the court and battle each other and battle for each other.”

Through the first month of the season, Davis is second on Teays Valley in scoring with 16 points per game. He is also averaging 8.2 rebounds, 6.6 assists and 2 steals per contest. A primary focus of Davis’ game is to expand his shooting touch from inside the arc.

“My catch-and-shoot is getting there but there’s always something to work on. My one-dribble pullup and mid-range is definitely going to be a big, key factor for next year.”

Davis committed to WVU in February and officially signed his letter of intent on November 10th.

“It is a feeling I never want to forget. I still remember it to this day. I am thankful that I get to play for a Hall of Fame coach and be a part of a great team with a great coaching staff.”

Davis says his time at Teays Valley Christian has helped him build as a player and as a person.

“Family, not only growing on the court but as a man off the court. I wouldn’t be able to do what I am doing if it wasn’t for God. Just looking out for people and people looking out for me, that’s the best part of being here.”