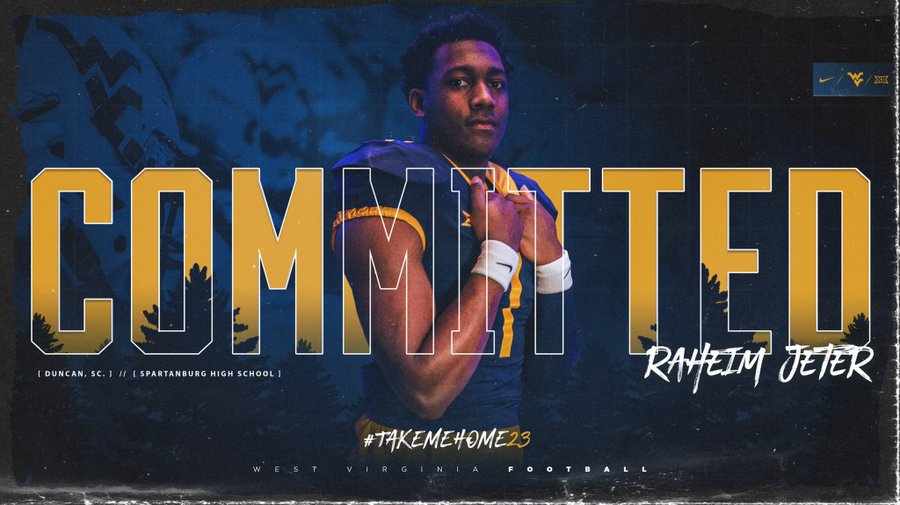 Quarterback Raheim Jeter and defensive tackle Cameron Jackson both pledged their commitment to West Virginia within an hour of one another.

Jeter, a 6-foot-3, 220-pound signal-caller helped lead the Spartanburg Vikings to a 9-4 season and spot in a state semifinal in 2021 while playing at the Class 5A level. He is a three-star prospect by 247 Sports and also held offers from Kentucky, Auburn, Georgia, Virginia Tech, Memphis and Missouri. The Wildcats joined the Mountaineers as Jeter’s finalists.