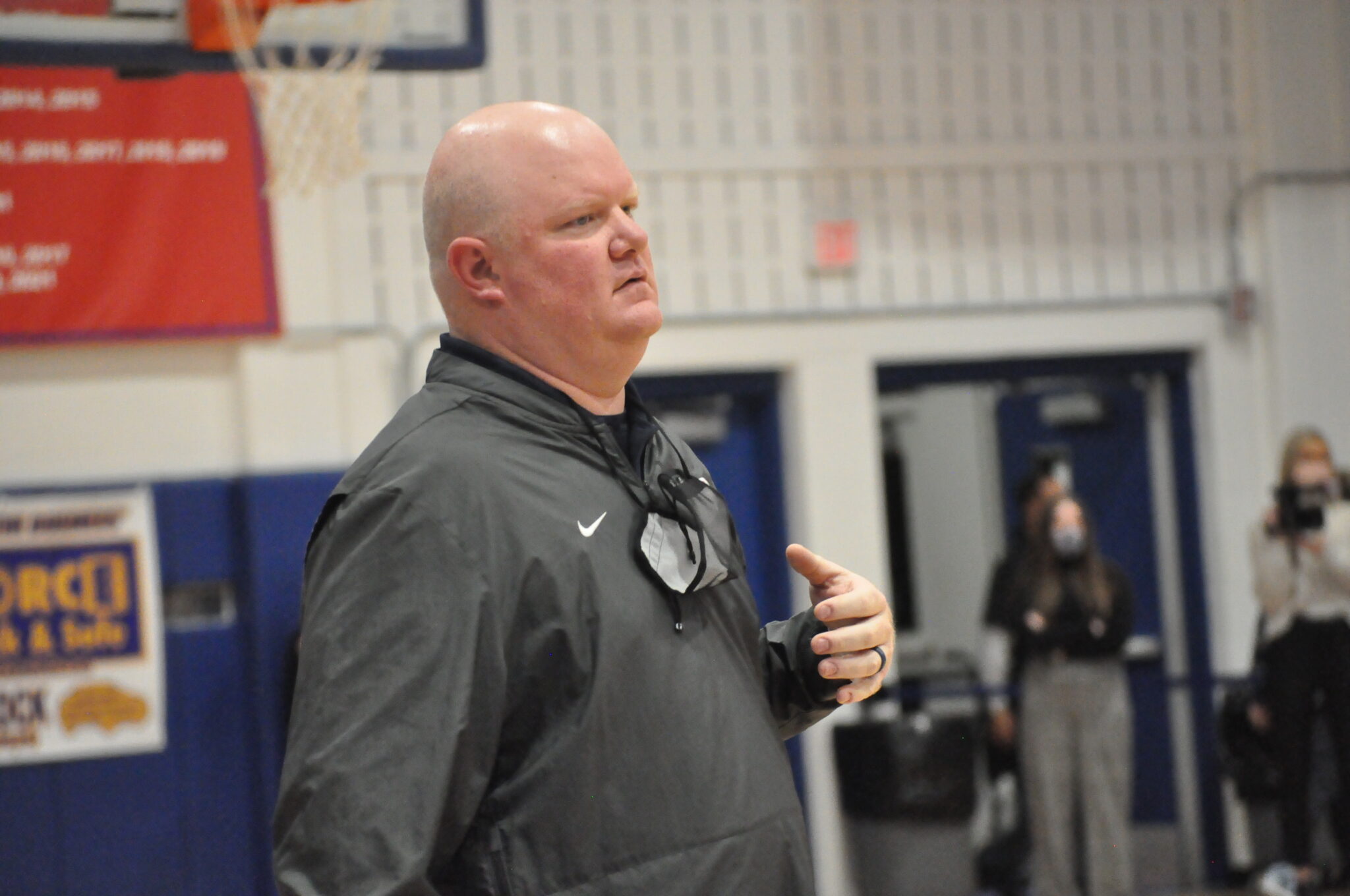 MORGANTOWN, W.Va. — A strong second half lifted Morgantown over crosstown rival University, 67-54, in the first of two regular season meetings between the squads. The Mohigans outscored the Hawks 32-20 after halftime to pick up a decisive win.

The fast-paced first quarter saw UHS (2-3) jump out to a 10-point lead, due in part to back-to-back conventional three-point plays by Aaron Forbes. Alec Poland’s triple at the buzzer cut the University lead to 22-15 after the opening 8 minutes.

Morgantown (5-0) opened the second quarter on a 14-4 run, propelled by four Brooks Gage triples. MHS took a 29-26 lead with 3:18 to play in the half, prompting a timeout from the Hawks.

“Brooks is a great player.” said Morgantown head coach Dave Tallman, “He worked in the offseason — really worked on his game. Last year, he was pretty much just a shooter. Now he can handle it and he’s crafty inside.”

A deep 3-pointer from Elija Jackson and a Garrison Kisner 15-footer off an offensive rebound allowed UHS to shave the Morgantown lead to a single point at halftime, 35-34.

With the game tied at 39 two minutes into the second half, Morgantown scored 19 of the last 20 points in the third quarter to take a commanding 58-40 lead into the final frame.

“If we played as hard as we did in the third all game, I’d probably be a little happier now,” said Tallman.

The teams will meet again at MHS on January 14.

Kisner and Forbes each had 18 points for University.