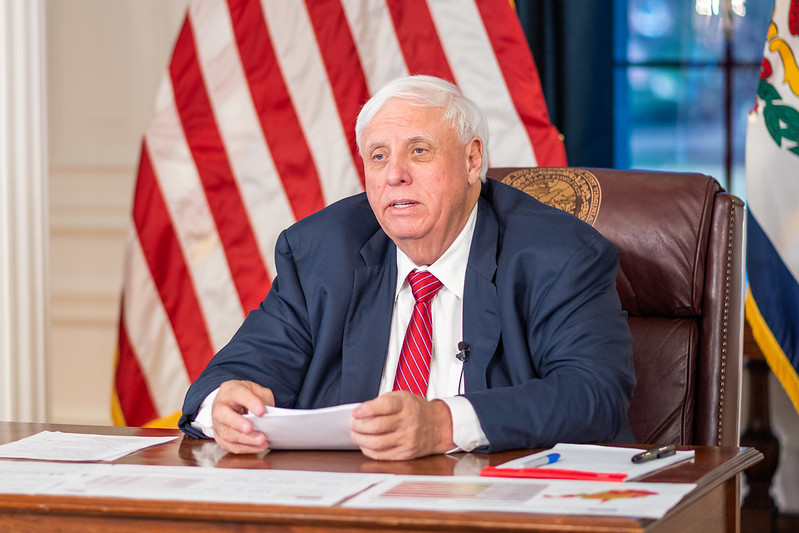 “We’ve tried to spread this out all across our state. I think we’ve done so,” he said today.

The U.S. Treasury issued updated guidance last week, adjusting the requirements of a fast-approaching Dec. 31 deadline. That now means the spending must be obligated, not necessarily immediately spent. The new deadline to actually spend that money is Sept. 30, 2022.

A variety of West Virginians were trying to float proposals for how the money should be spent. Wood County Commissioner Blair Couch had highlighted a need to boost pay for local health departments to help fill vacancies. Student leaders at West Virginia University have been asking for additional financial support for mental health services on campuses.

Governor Justice described a variety of priorities for spending what remains of the federal money, although he didn’t provide much detail about how the allocations were determined.

— $48 million for initiatives meant to train, recruit and retain nurses. This is meant to address current staffing shortages at medical facilities while also acknowledging West Virginia has a longstanding problem with its numbers of nurses. Justice had already announced this spending earlier this week.

— $22 million for a back-to-work initiative. “It’s to bring additional people that are still not in the workforce back to the workforce,” Justice said. “You have got to get a job, and you have got to have that job for in excess of 90 days. Then you have an option of earning an incentive.”

Justice noted that West Virginia’s unemployment rate is actually very low right now but referred to workforce participation when he said, “We still have a bunch of folks that are still at home. Our economy needs those people. We are begging for more and more and more people to be in the workforce.”

— $7.25 million to food pantries and homeless shelters. “We’ve got hungry people all over West Virginia,” the governor said. He specified money to be directed to programs for Facing Hunger and Mountain Mission. Additional support is aimed at upgrades at a facility the National Guard uses for distribution, including a combination cooler and freezer.

— $6 million for the Salvation Army facility in Beckley, which provides services regionally. “It will be used to help them expand their programs and provide services to all West Virginians in need in those areas,” Justice said.

The governor referred to longstanding concerns that the Salvation Army’s building is aging and outdated.

— $500,000 for Shepherd University to support its light therapy program. Justice said this support will help “develop cutting edge technique that manages pain and does so many different things that could very well be a breakthrough in the covid situation as well.”

— $1.5 million in upgrades for the State Fair facility in Lewisburg. “The West Virginia Building there is falling down,” Justice said, citing the location’s use for covid testing.

— $2 million for Game Changers, which is a substance abuse prevention program in the schools. Justice has been an advocate of the program and said this financial support would extend that. “We’re going to continue to support and partner. I’m honored to be their head coach,” he said.

— $2.7 million to cover ongoing costs in the Department of Health and Human Resources related to pandemic response.

— $1.3 million for the “Do It For Babydog” vaccine incentive program.

— $3.3 million for administrative costs related to the state’s handling of the covid-19 pandemic.

— $15.2 million to be on hand for state agencies that might have unanticipated expenses related to the pandemic. “This last cleanup will assure us that we have run the store to the finish line and not get caught with a bill of $10 million or $15 million that we have not forecast at this moment,” Justice said.