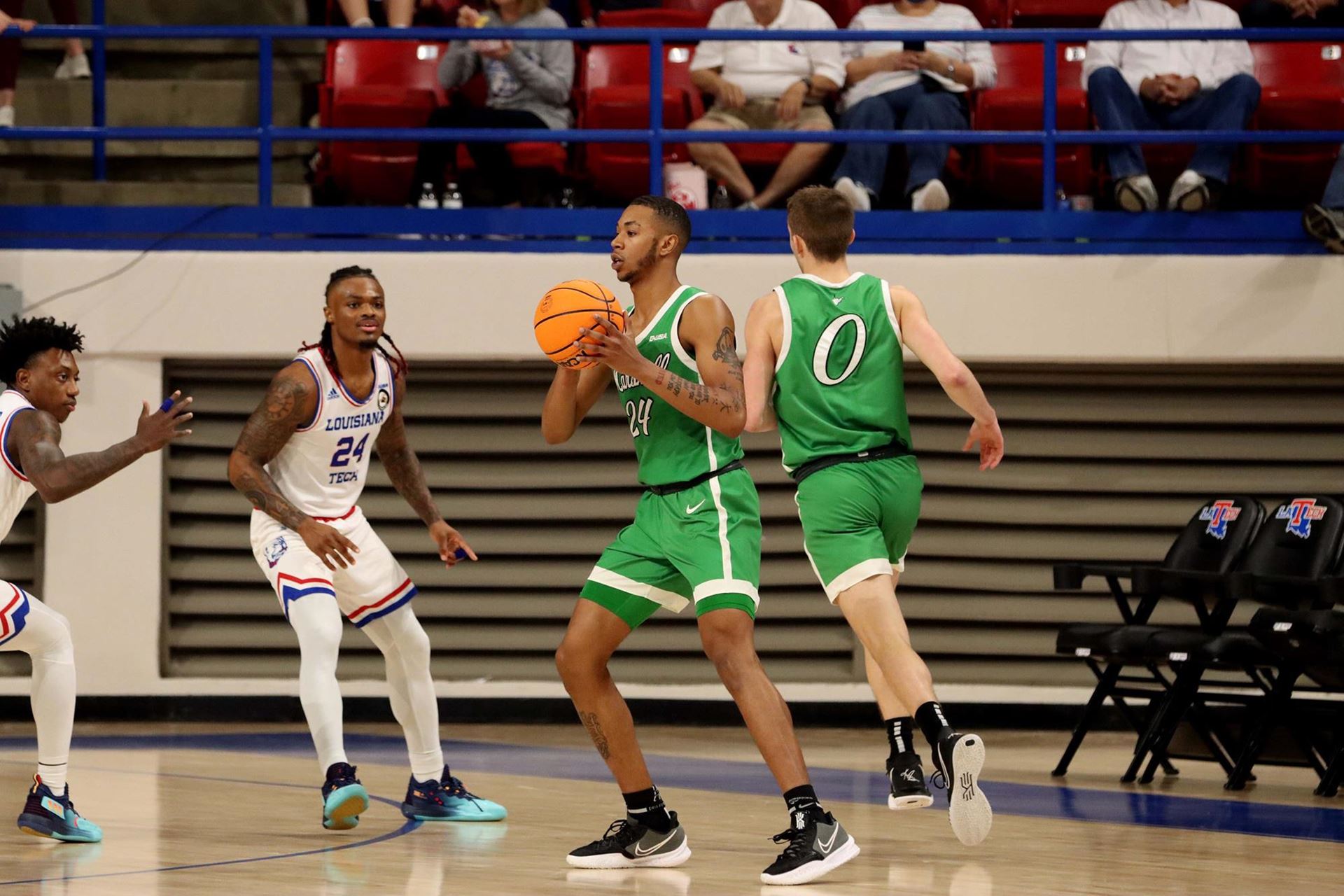 Almost three minutes in, Marshall held the lead, 10-2, and Louisiana Tech’s Kenneth Lofton Jr. went to the bench with two fouls and no points and sat until halftime.

When Goran Miladinovic nailed a 3-pointer with 14:48 left in the first half, the Thundering Herd led, 16-9, in the Conference USA opener Thursday night at the Thomas Assembly Center in Ruston, La.

Marshall (7-7, 0-1 C-USA) lost for the fourth straight time and the 56 points represent a season low.

Herd coach Dan D’Antoni had another extended postgame chat with his players before he addressed the media.

“We put it out there. Now it’s up to them,” D’Antoni said. “There’s only so much I can do. You can’t keep picking at a scab. You’re going to start bleeding. I was screaming, upset at Toledo because I didn’t think we competed. This game we competed. We didn’t execute and make the critical plays and shots when we had to to make this a game.”

Taevion Kinsey, who leads the Herd in scoring at 19 points a game, finished with 13, but suffered through another tough shooting night (4-of-18). Andrew Taylor got 12, but hit just 5-of-12 shots. Obinna Anochili-Killen, despite a 4-of-11 shooting night, led with 15 points and eight rebounds. All told, the Herd made just 20-of-68 shots (29 percent).

“No matter if you execute perfectly, you’ve got to make shots,” Taylor said. “We have to take ownership of what happened and clean it up.”

Marshall will have extra time to prepare for its next game. Saturday’s trip to Southern Miss has been postponed due to Covid-19 protocols in the Golden Eagles program. The league has not set any makeup date.

The next game now is January 8 at home against Florida Atlantic. The comeback hopes start with Kinsey and Taylor, the Herd’s two guards who have been struggling of late.

“Taevion and Andy have to be more efficient than they have been,” D’Antoni said. “I believe in them. I trust them. They’ve got to fight through this and have games they’re capable of having. Play at higher levels.”

Cobe Willis led Louisiana Tech with a career-high 22 points and Keaston Willis added 20. Lofton, who averages 18 points and 10 rebounds, had just seven points and six boards in 15 total minutes. The Bulldogs went 32-of-66 shooting for 48.5 percent and hit nine threes.

When examining stats, D’Antoni didn’t get that upset. Lofton really wasn’t a factor. The Bulldogs did have a 38-22 edge in points in the paint.

“Points in the paint, they got them all in transition. Going right to the hole before we set up. When you look at the stats, we’re not that far away. It’s more of a mental thing than a physical thing,” he said. “The ball’s just not going in the hole. It’s our offense. We have to find some way to be more efficient. I’m going all the way with them. When you’re down, it’s time to get up and fight.”

Louisiana Tech extended its home win streak to 16. The Bulldogs are now 9-5 all-time against the Herd.

Louisiana Tech is 8-1 in C-USA openers and 5-0 when those openers are at home.