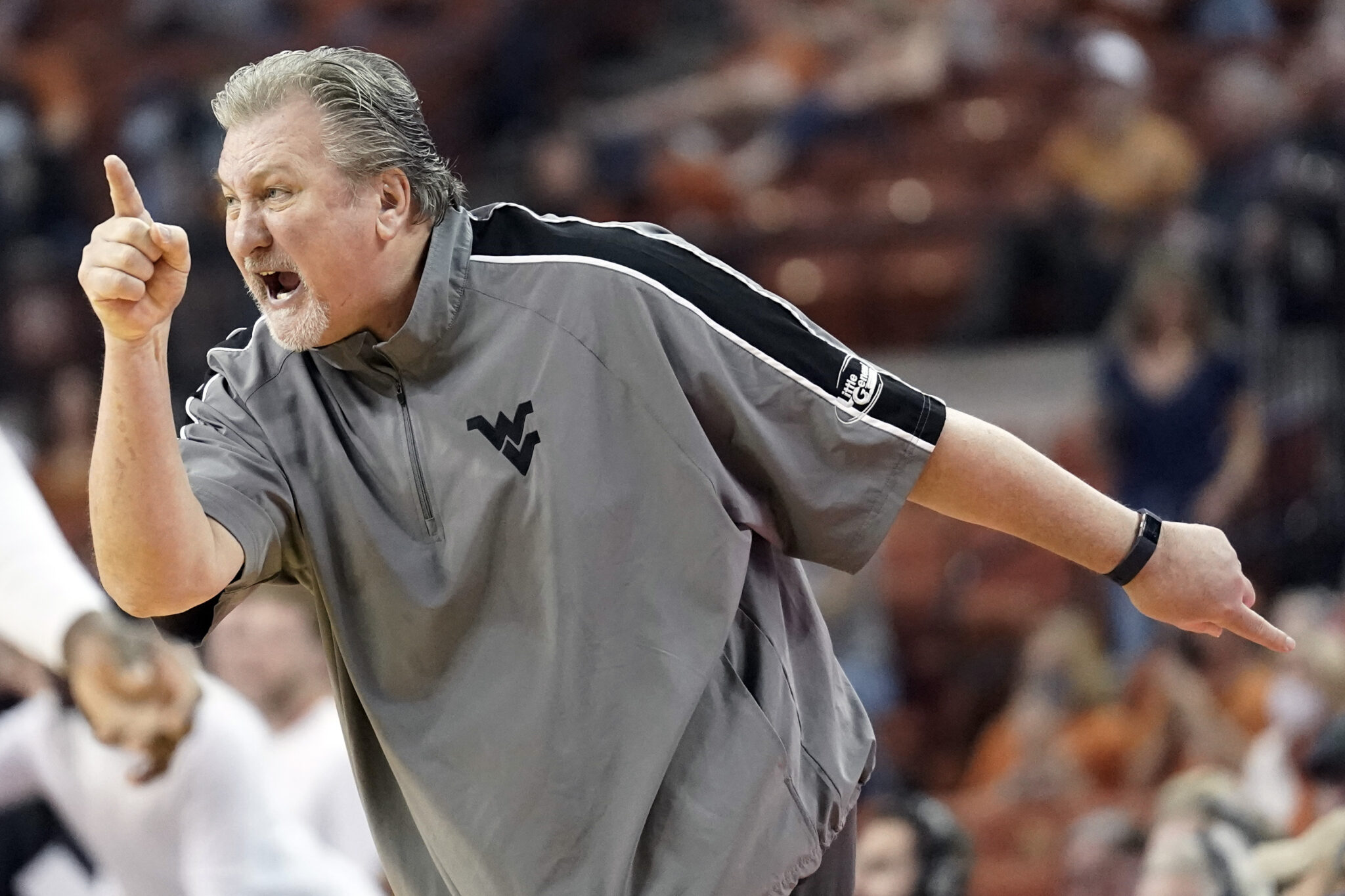 Originally scheduled to be in action Monday night for its second Big 12 Conference affair at TCU, West Virginia instead has a full week to prepare for its first league home game on Saturday when Kansas State visits Morgantown.

Due to COVID-19 health and safety protocols within the Horned Frogs’ program, the Mountaineers completed only half of their Texas Two Step, suffering a 74-59 loss over the weekend to the then 17th-ranked Longhorns.

West Virginia was greatly impacted by its own covid-related issues that sidelined leading scorer Taz Sherman and reserves Gabe Osabuohien and Kobe Johnson. It’s possible each of the three is back in action against the Wildcats, though not a certainty.

After the loss, WVU head coach Bob Huggins indicated he was working to figure out specifics of the Big 12’s policy. Last week, the Pac-12, ACC and SEC each shortened the recommended isolation period to five days following a positive COVID-19 test for vaccinated and unvaccinated individuals.

The Big 12 and Big Ten have not made public a decision to shorten the isolation period following updated guidance from the Centers for Disease Control and Prevention.

“I don’t know,” Huggins said. “I’ve heard various scenarios and I don’t know which one is the believable one.”

Huggins praised his players and his staff for their handling of the uncertain times and circumstances, which appear likely to be a heavy factor across college basketball as the season continues. Unlike in 2020 when the season was stopped during the week of conference tournaments and never resumed, Huggins believes this one will move forward with its usual conclusion.

The second half of the first half went a long way in allowing Texas to create separation and win comfortably, as the Longhorns limited the Mountaineers to six points over the final 10 minutes to take a 39-20 lead into halftime.

For the game, West Virginia shot a respectable 42 percent and made half of its 12 3-point attempts and 9-of-11 free throws, continuing a run of improved foul shooting in which the Mountaineers have made 51 of 72 from the charity stripe over the last three games.

But 20 turnovers were especially costly in the setback, and that figure more than doubled the team’s nine assists against one of college basketball’s top defensive squads.

Perhaps the biggest bright spot in the loss for West Virginia was the play of sophomore forward Jalen Bridges. The Fairmont native scored 18 points on 7-of-11 shooting, made four triples and tied for the team lead with six rebounds.

“This will give me a lot more confidence moving forward in conference play,” Bridges said. “When Taz, Gabe and Kobe are back, we can really get things rolling.”

Thweatt’s 10 minutes are the second fewest of any WVU player through 12 games, ahead of only true freshman James Okonkwo.

In Saturday’s loss to Texas, fellow 6-7 forward Jamel King, a true freshman, logged a career high 12 minutes. Thweatt and Okonkwo were the only two Mountaineers available that did not play in Austin.