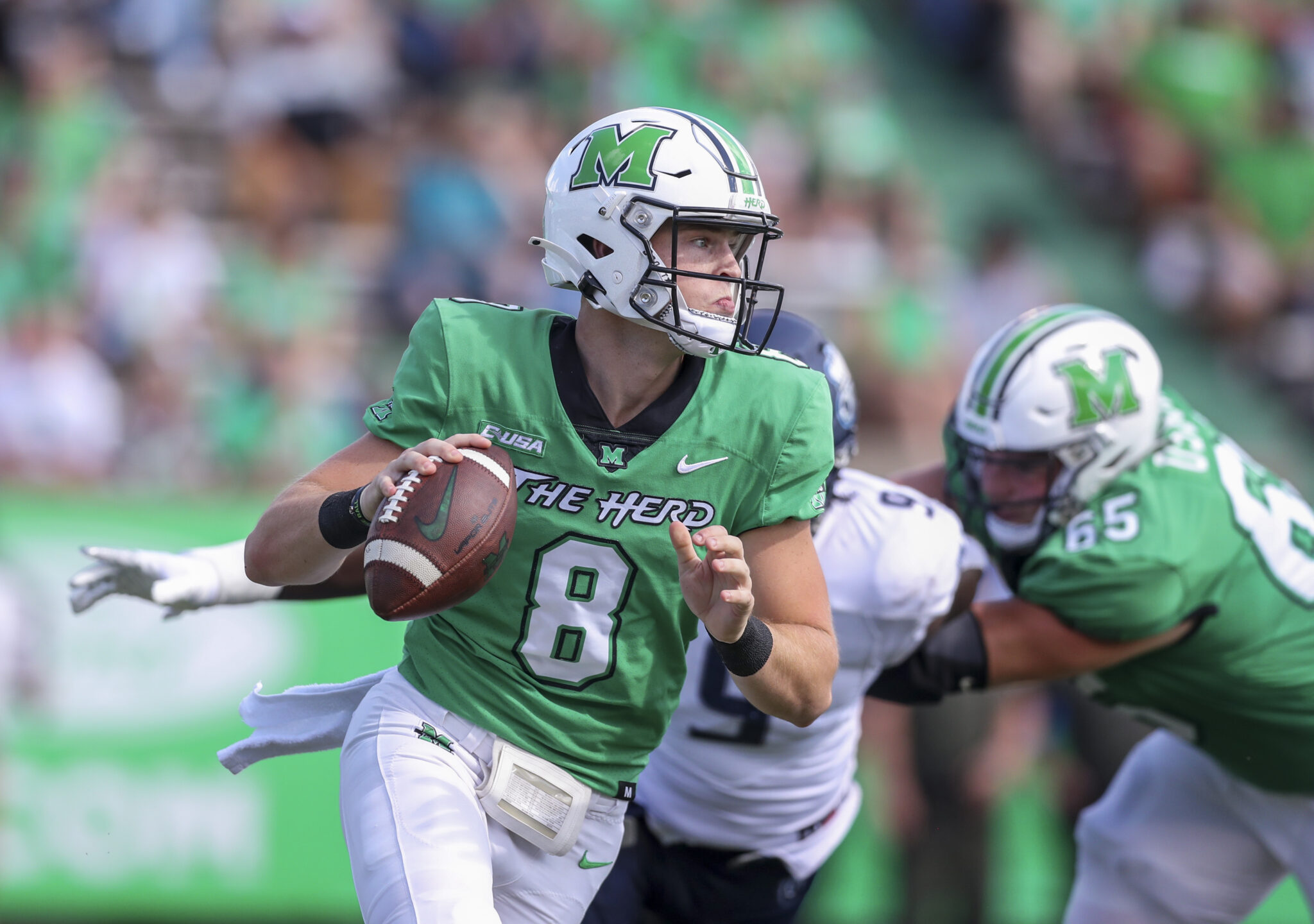 Marshall will have a new starting quarterback next season.

Grant Wells, a two-year starter behind center for the Thundering Herd, announced Monday his intention to transfer.

A former standout at George Washington High School, Wells started 13 games in 2021 and 10 in 2020 after preserving his redshirt status in 2019.

Wells threw for 3,532 yards with 16 touchdowns and 13 interceptions this season. The 6-foot-2, 203-pound signal caller completed better than 66 percent of his passes in his second season as the starter under first-year head coach Charles Huff.

Wells set a school record with 18 consecutive completions during Marshall’s win at North Texas in October. He also rushed for seven touchdowns this season and nine for his career.

In his first year of college action, Wells helped lead the Thundering Herd to wins in each of its first seven games, before Marshall sputtered down the stretch and finished 7-3. Wells had 18 touchdowns to nine interceptions that season, while completing 165-of-270 passes for 2,091 yards.

Wells, whose 5,623 passing yards are good for No. 10 all time at Marshall, has three seasons of college eligibility remaining.

Of Marshall’s 46 pass attempts this season not thrown by Wells, all but one were from quarterbacks Luke Zban and Cam Fancher.

Zban, a redshirt sophomore, came to MU as a walk-on from nearby Huntington High and has since earned a scholarship. He completed 26-of-39 throws for 249 yards with two TDs and a pair of interceptions.

Fancher was 3-of-6 for 46 yards as a freshman this season.