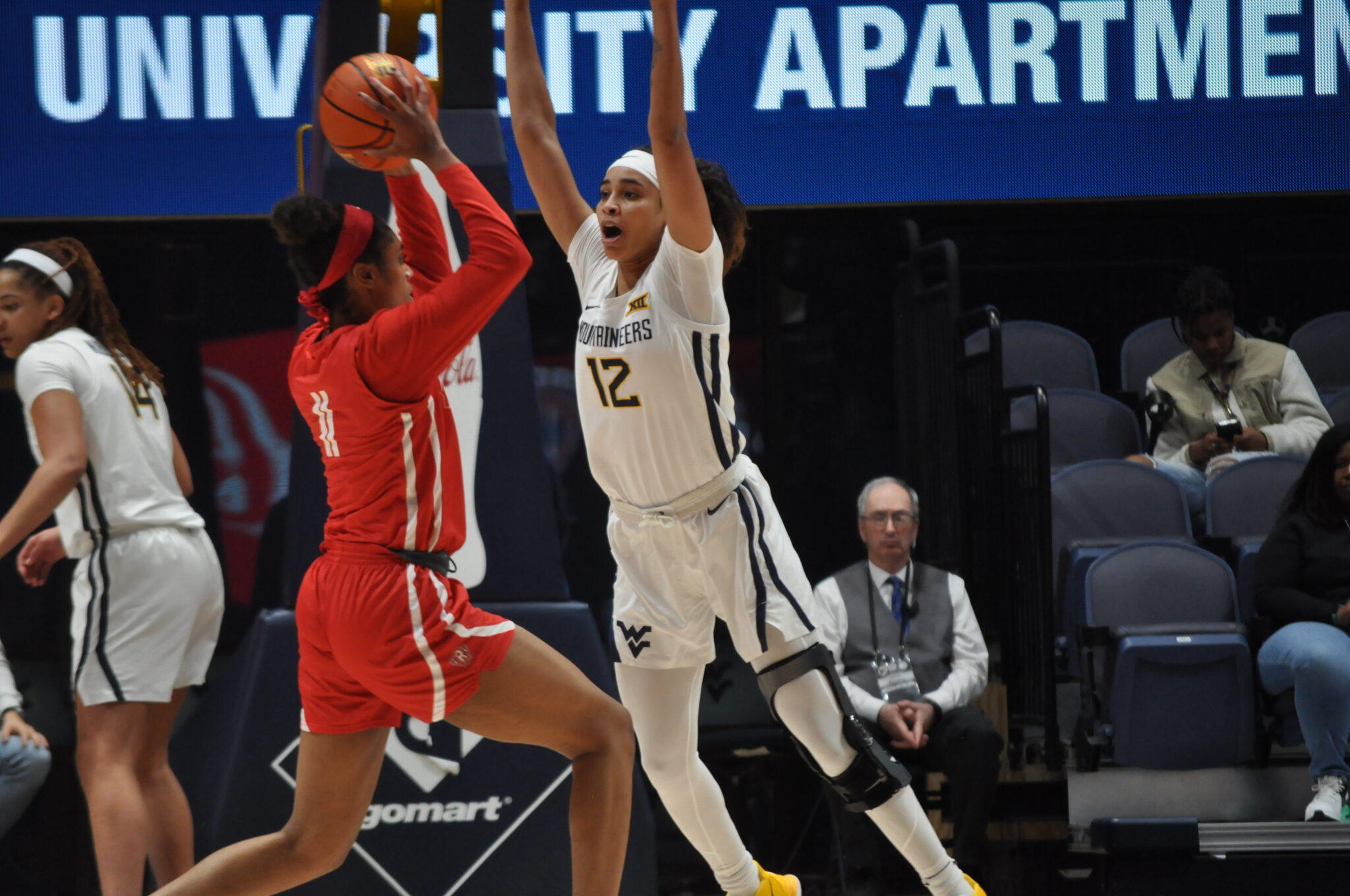 MORGANTOWN, W.Va. — For just the second time since December 22, West Virginia’s women’s basketball team is in action Saturday when the Mountaineers welcome Kansas State to the Coliseum for a 7 p.m. start.

It marks the first Big 12 Conference home game for WVU, which was short-handed last Sunday in an 88-72 loss at then-No. 14 Iowa State to begin league play.

Of West Virginia’s 11 regulars in the rotation, only seven were in action against the Cyclones, with forwards Esmery Martinez and Kari Niblack, guard Jasmine Carson and center Blessing Ejiofor sidelined during the setback.

All but Niblack’s absence were due to COVID protocols, while Niblack continues to battle a lingering knee injury.

“Kari, with her knee, we don’t know how much we’ll get out of her or if she’ll even play, but everybody else is back,” WVU head coach Mike Carey said.

“What made it worse, two minutes into the [Iowa State] game, [Ari Gray] went down with a sprained ankle. We didn’t know if we were going to get her back,” Carey continued. “Poor Jayla [Hemingway], I put her at [power forward and center], and I had people everywhere. When that happens, you can’t run a lot. Because of that, their two post players had career nights, which doesn’t happen.”

West Virginia (7-4, 0-1) will welcome back the return of Martinez, who is second on the squad with a 12.1 scoring average to go with a team-best 8.2 rebounds per game.

Carson is one of the Mountaineers’ top perimeter threats and averages 5.7 points, while Ejiofor is a key reserve averaging 4.5 rebounds.

Having Martinez and Ejiofor back in the lineup is especially critical against the Wildcats (12-2, 2-0), who boast the nation’s fourth-leading scorer in 6-foot-6 center Ayoka Lee. Lee, a junior, averages 23.9 points on nearly 59 percent field goal shooting. She’s also among the top 20 rebounders nationally with a 10.6 average.

In Big 12 victories over Baylor and Oklahoma State, Lee combined for 50 points on 19-of-27 shooting, including 32 points and 10 rebounds against the Bears.

“She’s a great player and she’s going to be a first-round draft choice,” Carey said. “She’s only a junior. I wish she was a senior. She’s very skilled down there, keeps the ball up as well as anybody I’ve seen in a long time. They get her the ball. She had 32 against Baylor and nobody else in double figures.

“I always say it takes 3 people to guard a post player like that. You have to have ball pressure on the ball, front her and have weak side help. If they’re hitting threes, we’re going to have to live with some of those.”

Freshman Serena Sundell is KSU’s top perimeter threat with a team-high 25 triples and its second-leading scorer at 9.9 points per game to go with a team-high 5.3 assists. Fellow freshman guards and twin sisters Brylee Glenn (8.7 ppg) and Jaelyn Glenn (6.5 ppg) have started their collegiate careers in strong fashion.

For the Mountaineers, who have dropped four of their last seven since a 4-0 start, guard KK Deans leads in scoring at 15.1 points.

Carey is welcoming having most, if not all of his roster available as his team tries to avoid an 0-2 start in Big 12 play. Still, the veteran head coach knows rust is likely to play a factor with his team playing just its second game in two-and-a-half weeks, and portion of his roster seeing game action for the first time since December 21.

“It does disrupt [rhythm]. I don’t make a big deal about it, because I don’t want our players to make a big deal out of it,” Carey said. “It disrupted what we were doing offensively and defensively. You get them back and they’ve been out a while so now they’re not in great shape.

“We do wear those heart monitors and those type of things, so it’ll let us know during the game and practice. We pay close attention to those, especially the girls who are coming back. If it gets too high, we have to get them out. It’s a good thing we have a lot of players this year and when this hits, at least we’re able to fill a team. We’ll have to be careful working them back in, because we’ve really only had two days in practice and yesterday was hit and miss.”