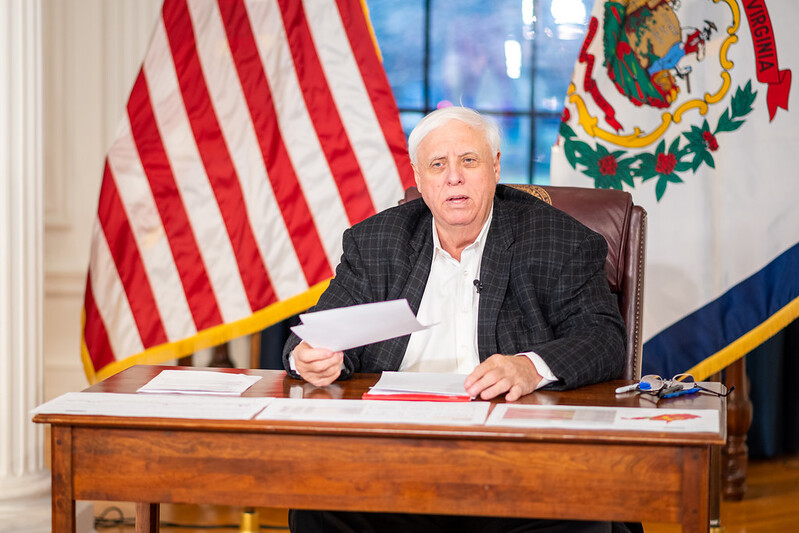 The governor made his announcement just before 10:30 p.m. Saturday, saying he wants lawmakers to expedite several policies related to economic development.

Additional factors include a strong string of state revenue reports, millions of federal dollars awaiting allocation and repeated hints that the governor has a big economic development announcement just ahead.

One of the bills for lawmakers to consider in the special session would provide for tax incentives under specific circumstances. Additional bills are supplemental appropriations bills aimed at economic development.

Legislators would be in Charleston anyway for interim meetings that were already planned. Justice called for the special session to begin at 11 a.m. Monday. The regular legislative session begins on Wednesday.

During a routine briefing last week, Justice hinted that he will have “major, major announcements” at his annual State of the State address Wednesday evening. “I know we’re going to report some really, really exciting news that’s going to be happening in the State of West Virginia,” he said.

The announcement of a special session echoed that. “Stay tuned for announcements of potential investments next week,” it stated in the last line.

Lawmakers have been preparing for several days for the possibility of being called in for a special session. Much talk at the Capitol has been centered around an economic development project that would need some sort of legislative sign-off prior to a gubernatorial announcement.

Justice’s special session call generally describes a “policy to provide certain tax incentives, based upon certain investment and employment thresholds, to promote development and expansion of new labor and capital intensive heavy industry in this State.”

The bill was not made available, and there were no further details about what the tax incentives would be or further description of the thresholds.

Five more policies for legislators to consider are supplemental appropriations bills. Several appear to be transfers of federal covid relief.

The Governor’s Office said an appropriation to the state Department of Economic Development will capitalize on the state’s strong revenues “to assure jobs and goodness for generations to come” and “to secure tremendous private investment all around the state.

“These appropriations will mark the largest investment in economic development in this state’s history, and will pay untold dividends in recruiting businesses, their employees and families, and further private investment in West Virginia.”