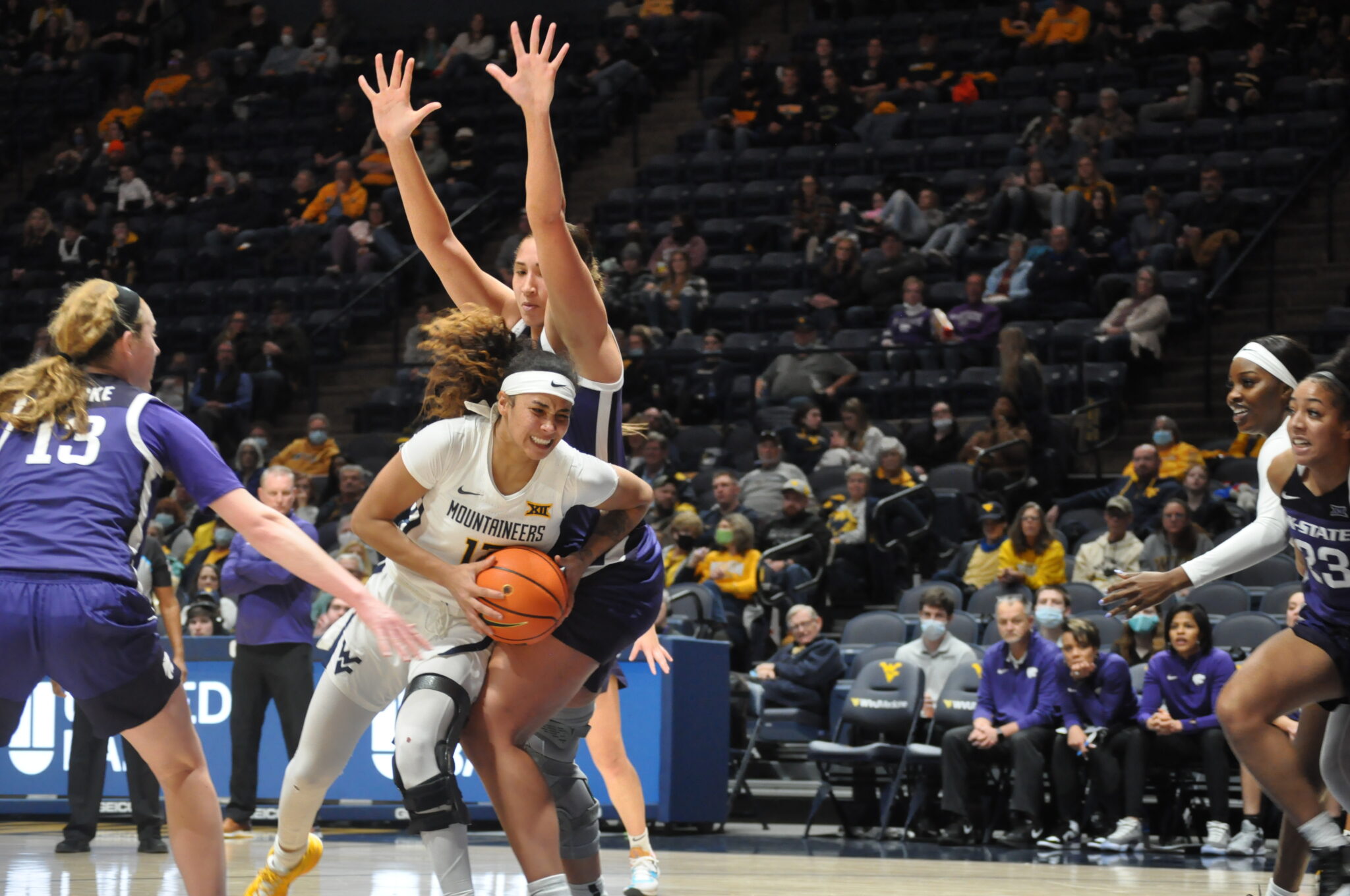 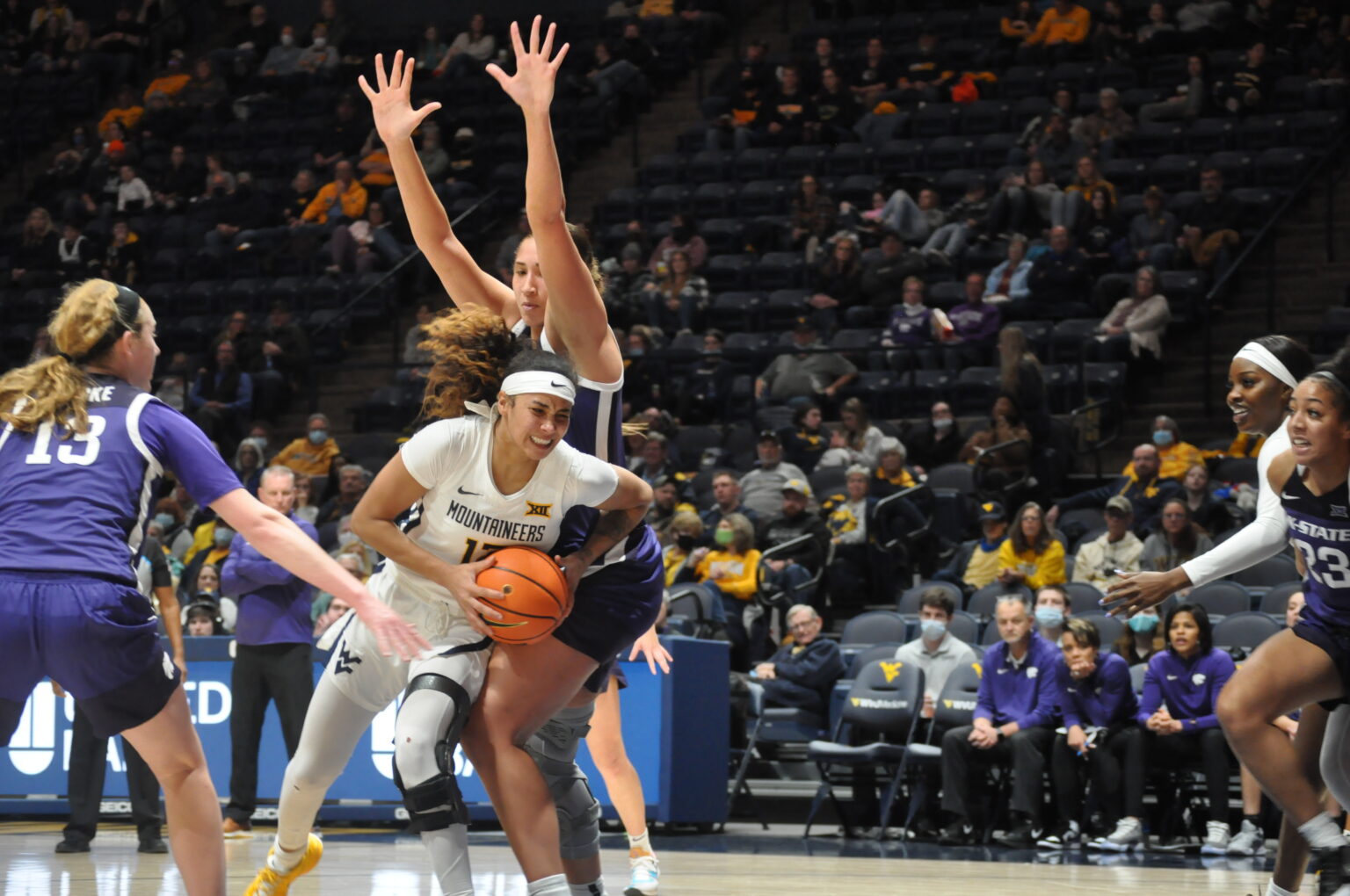 WVU's Esmery Martinez makes a move in the post. Photo by Greg Carey/WVMetroNews.com 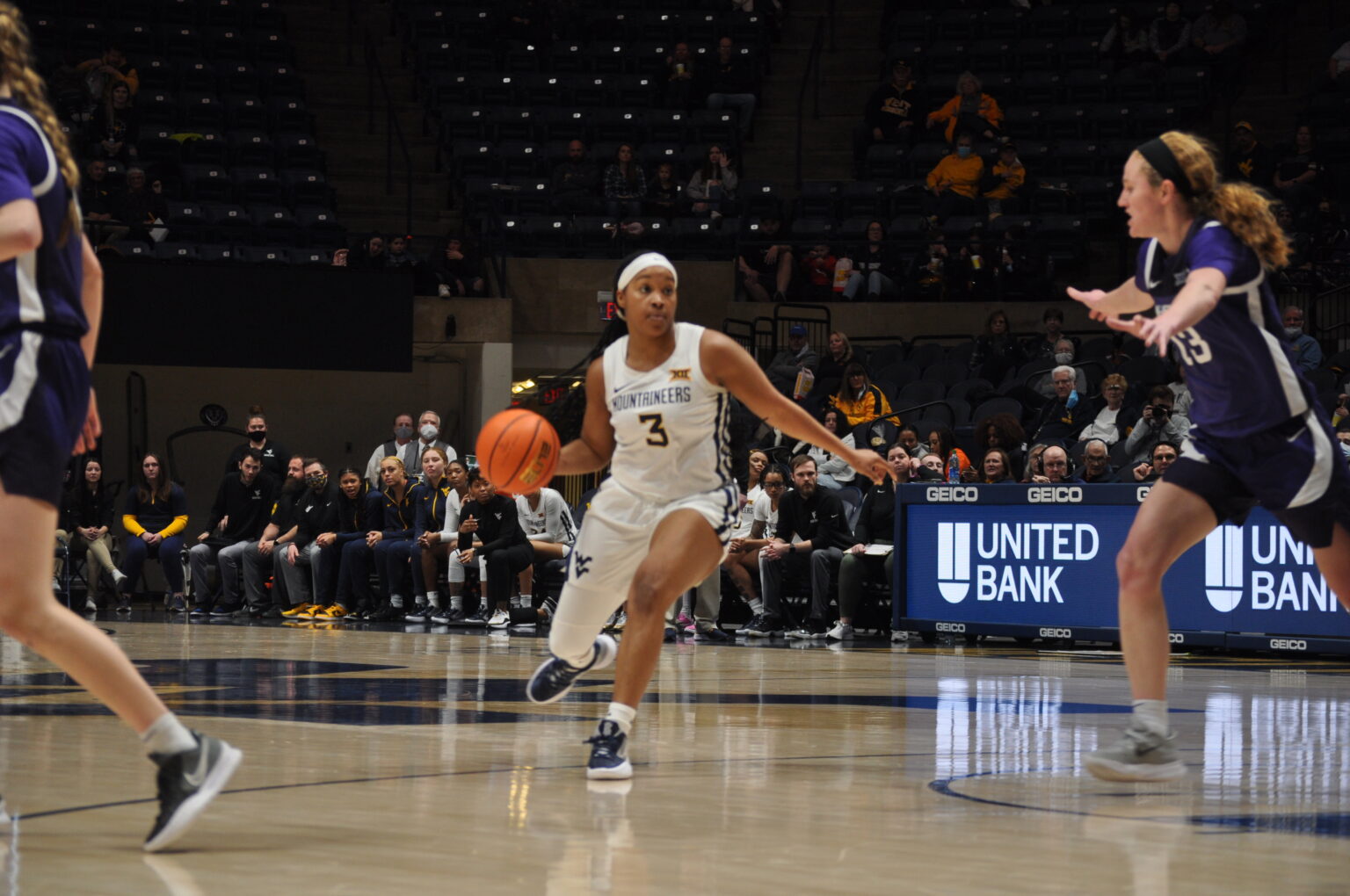 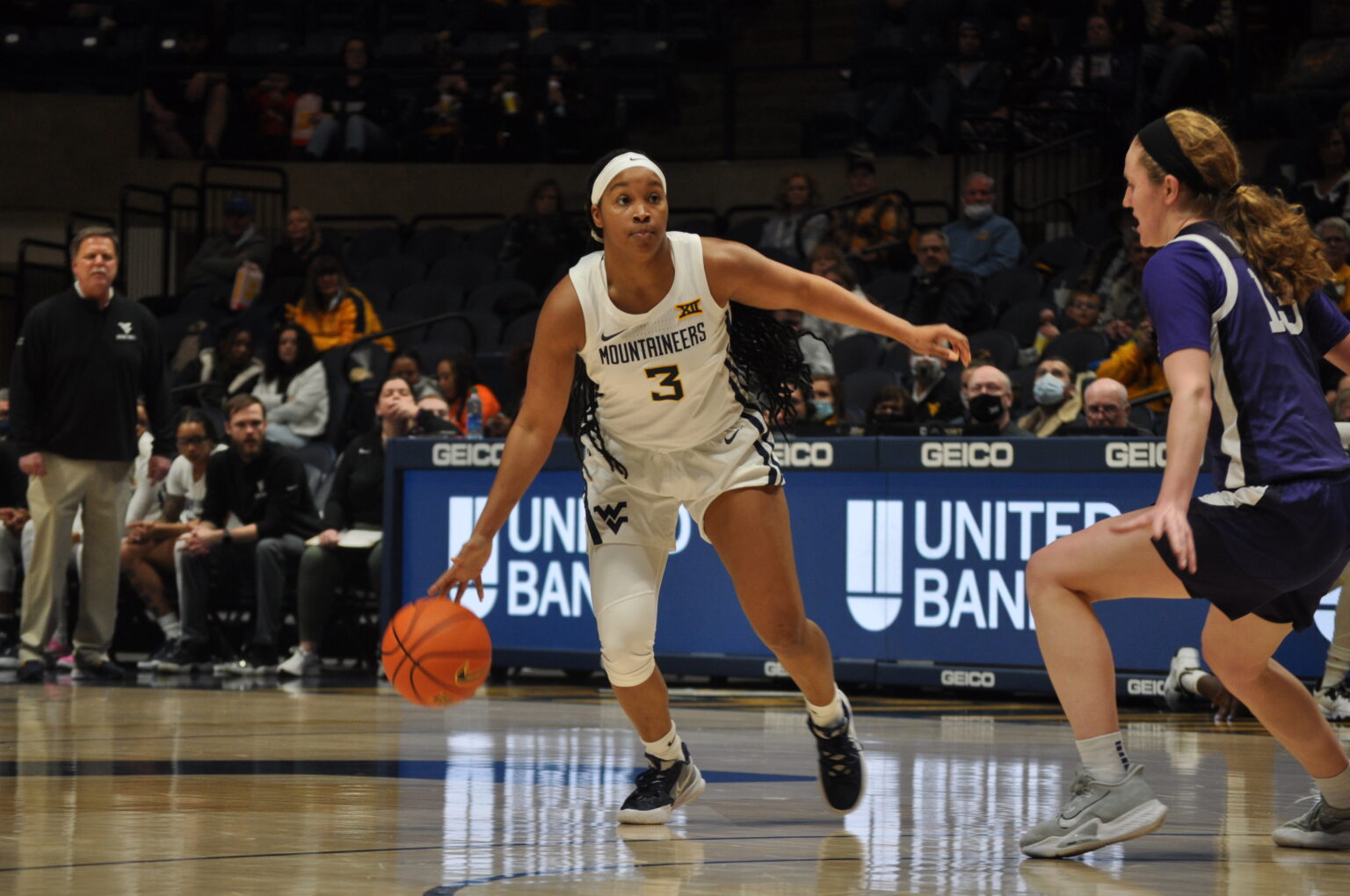 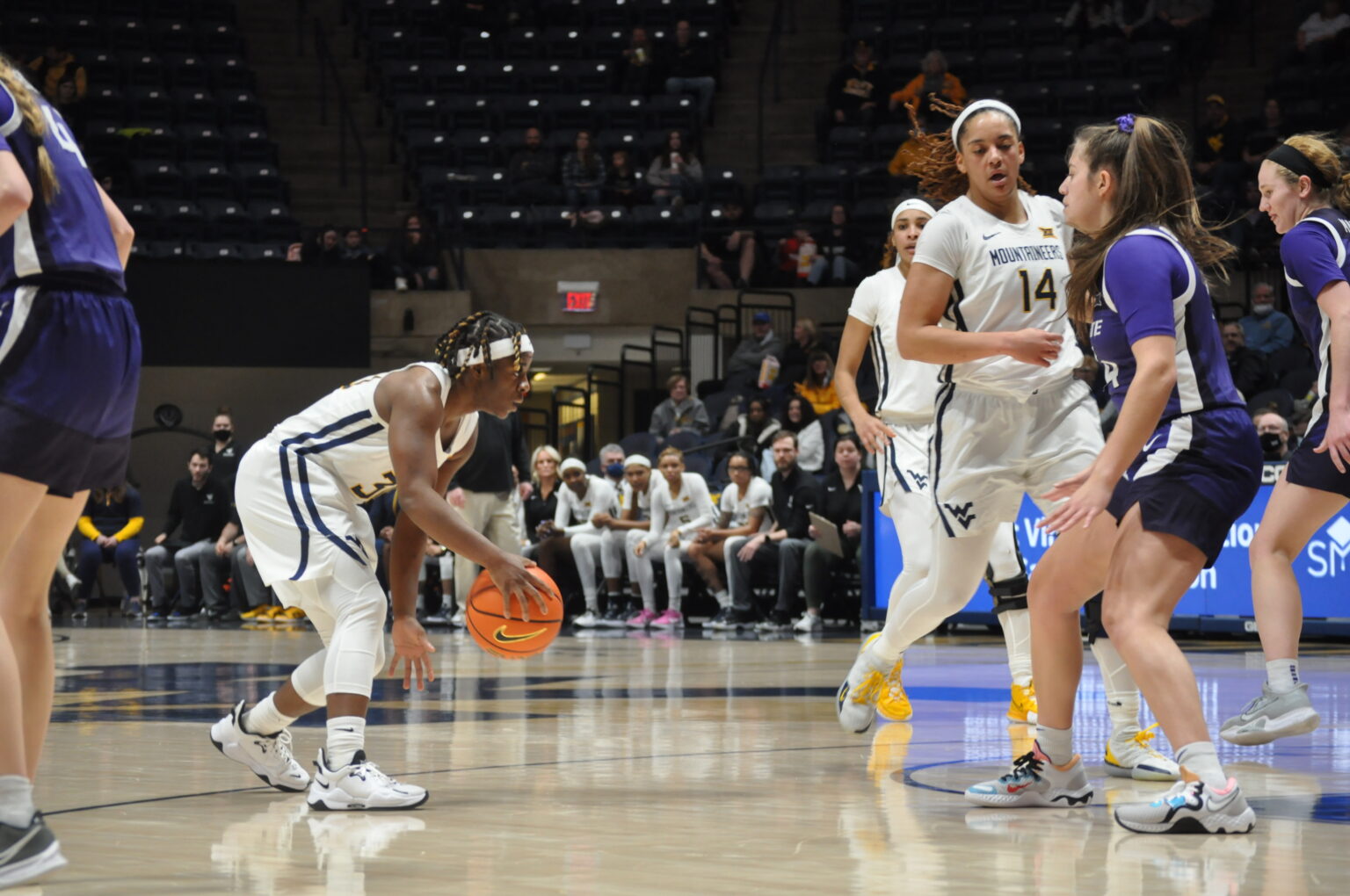 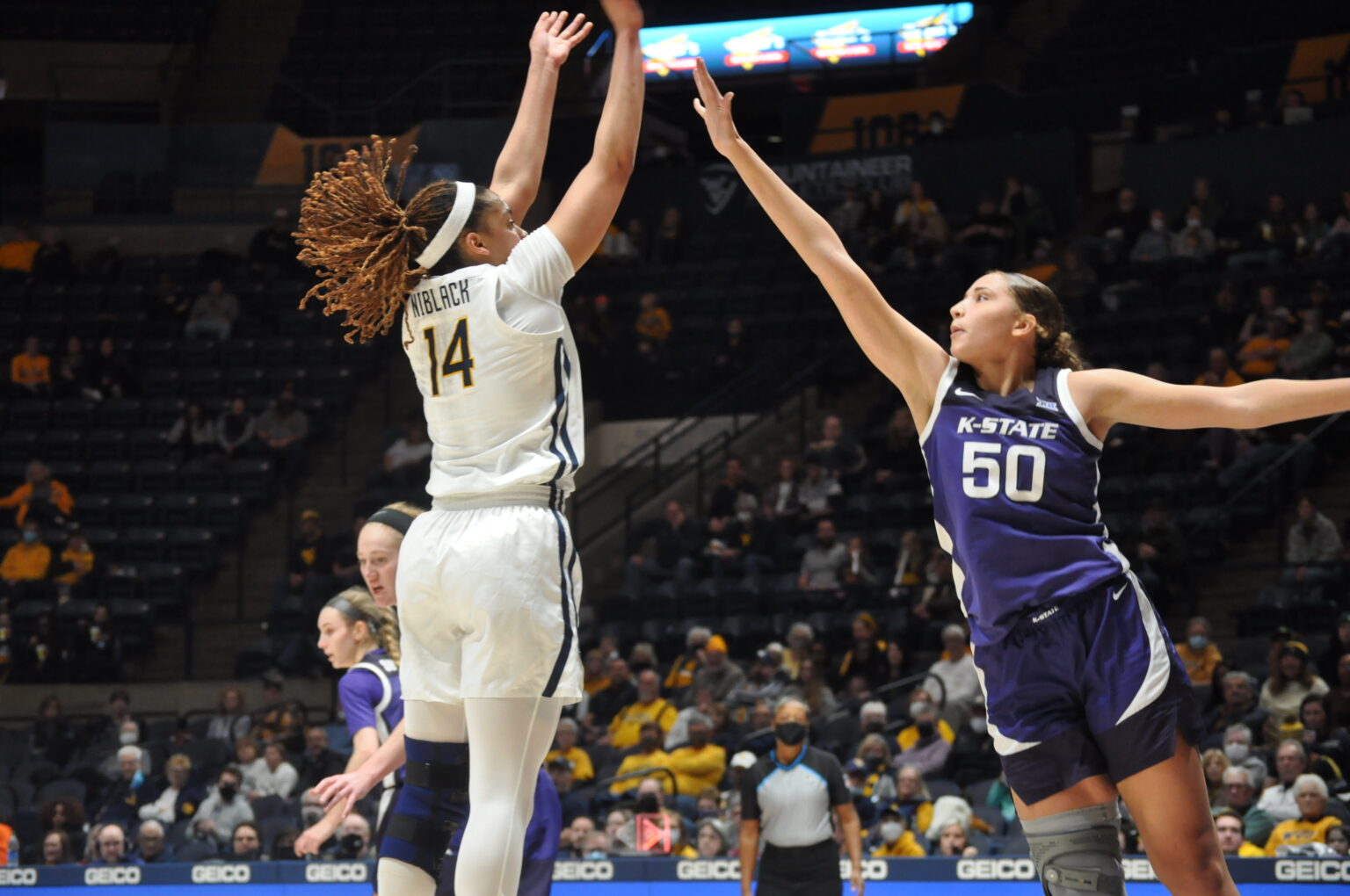 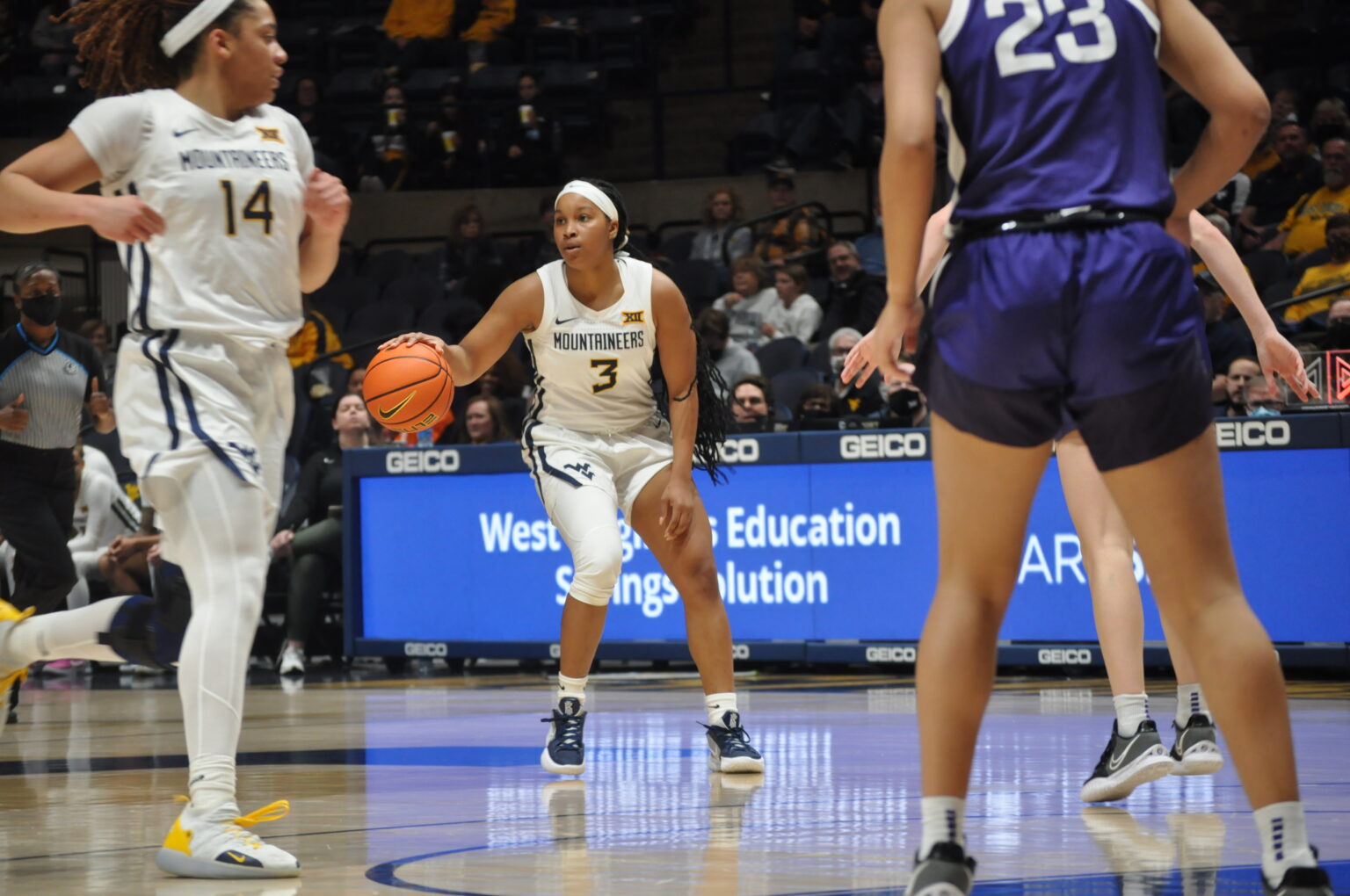 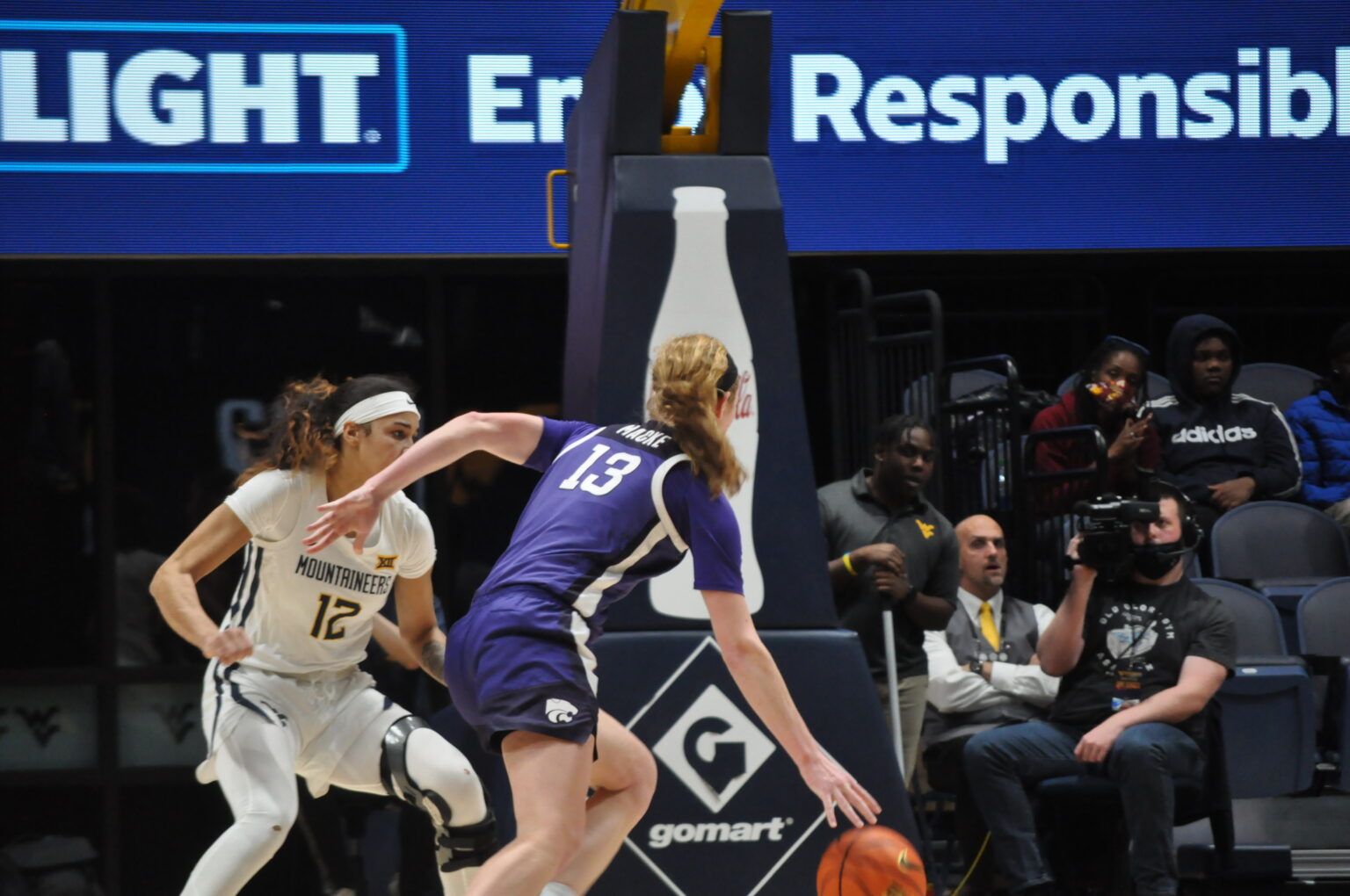 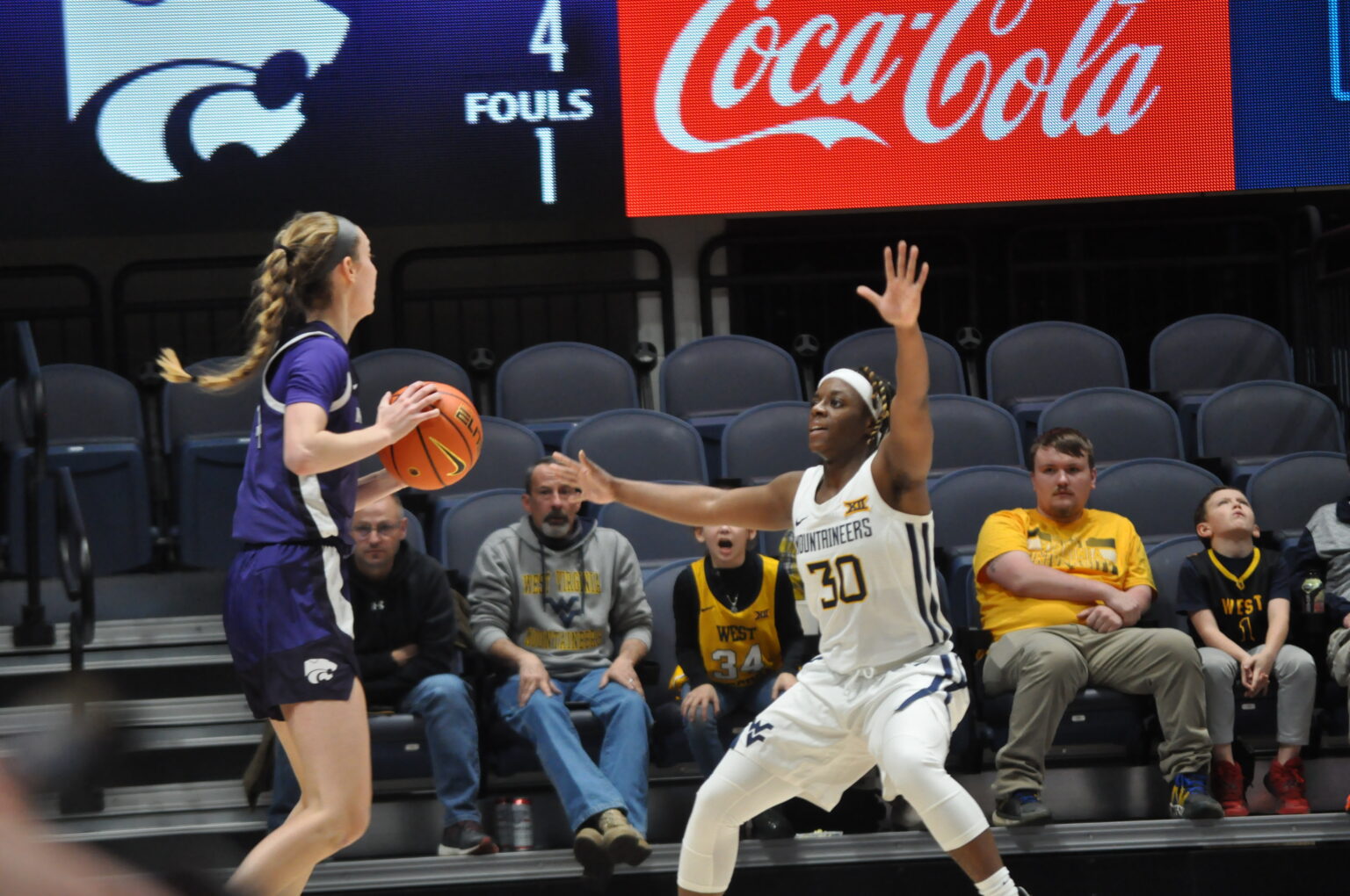 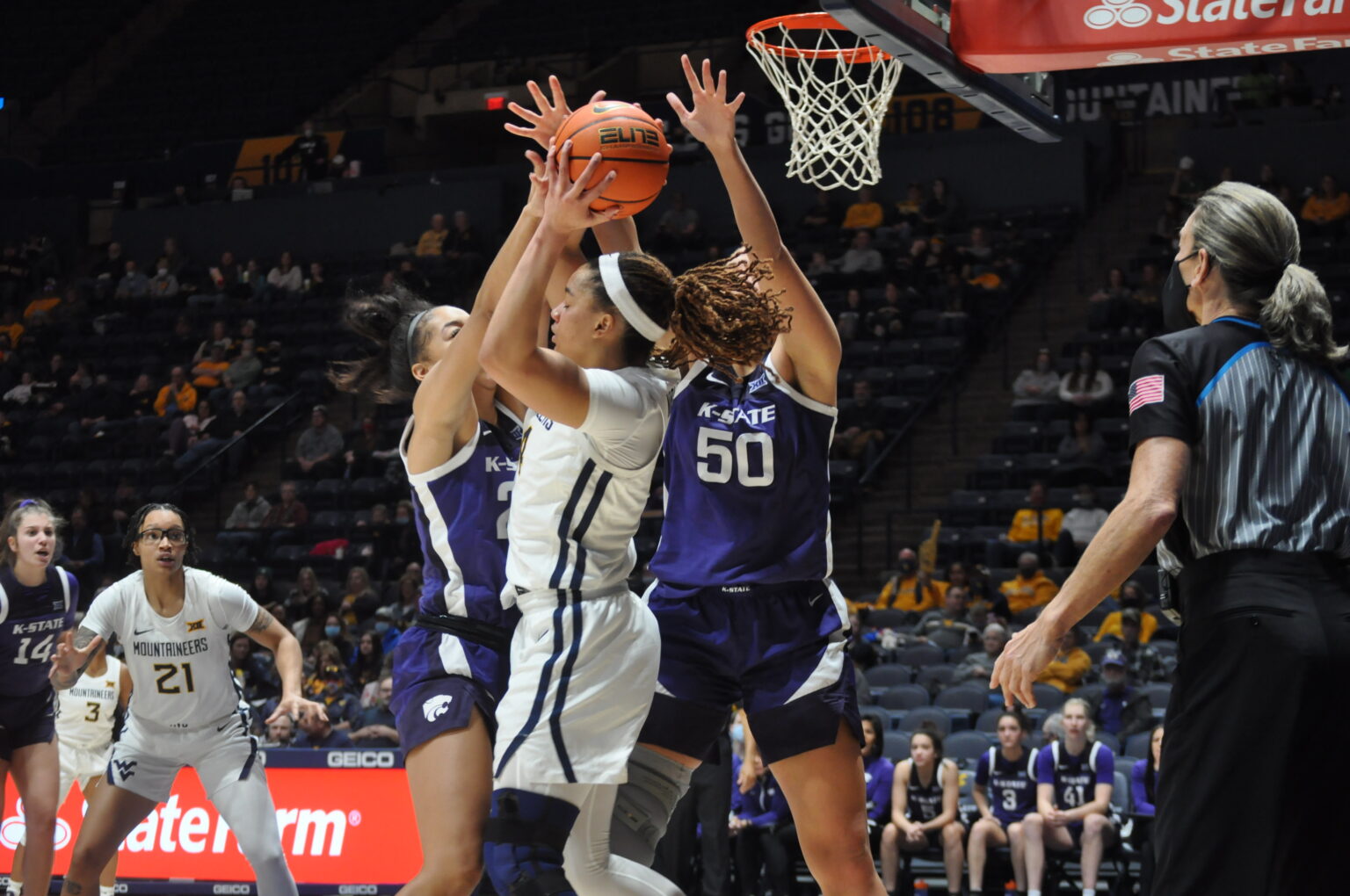 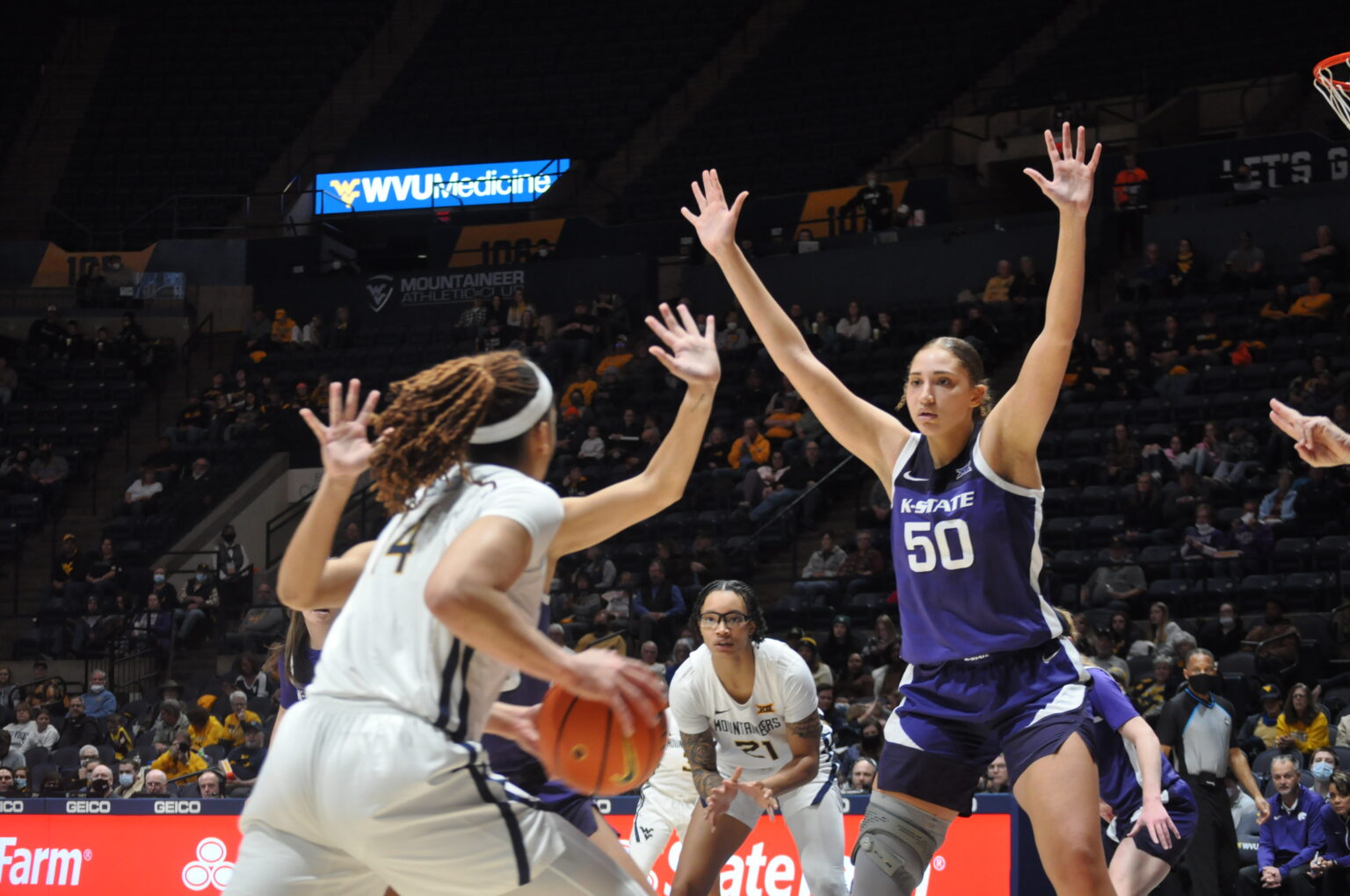 Kansas State outscored the Mountaineers by 17 points in the second half Saturday, allowing the Wildcats to overcome a seven-point halftime deficit and claim a 71-61 victory at the Coliseum.

“It was a tale of two halves,” WVU head coach Mike Carey said. “We did exactly what we wanted to do defensively and offensively in the first half. The second half, we did the opposite. I don’t know why. Why did we come out flat in the third quarter? I have no idea. We tried to press a little bit. We’re not supposed to face guard when we press and we face guard. Things like that. Just a lack of concentration and we had critical turnovers when we needed to score.”

West Virginia fell to 7-5 with the loss and 0-2 in Big 12 Conference play. The Mountaineers have dropped five of eight since a 4-0 start, including three of their last four.

“Our fives [centers] did a great job of fronting them and our guards did a good job getting to the weak side,” WVU guard Madisen Smith said. “Their guards were scared to throw the passes and if they had thrown them it was probably going to be a steal.”

WVU’s lead was still seven just before the midway point of the third quarter when Smith made a jump shot to give the Mountaineers a 42-35 lead, but things took a turn for the worse over the final 15 minutes.

Kansas State (13-2, 3-0) rattled off the final eight points of the frame, getting a pair of 3-pointers from Jaelyn Glenn and Rebekah Dallinger’s layup in between the triples to hold a 49-46 advantage entering the fourth.

“We came out slow in the third quarter,” Smith said. “We tend to have that problem. Third quarters are not our strong suit. We’ll have to come up with something because they’ve been problematic for us.”

KK Deans and Smith each connected from beyond the arc early in the fourth to knot the contest at 49 and 52, respectively, but West Virginia never led in the final quarter.

Lee scored eight of her 14 points over the final 7:32, including a turnaround shot that put the Wildcats in front for good with 7:33 to play.

Serena Sundell, who led all players with 21 points, added a triple moments later and Lee scored inside to up KSU’s lead to 59-52 with 5:50 remaining.

WVU got as close as four with 4 minutes left, but layups from Lee and Sundell down the stretch allowed the Wildcats to create separation en route to their sixth straight victory.

The Mountaineers held the Wildcats to 28 percent shooting (9 of 32) in the opening half to lead by seven at the break. WVU trailed for nearly all of the first quarter, but took its first lead, 14-13, on a pair of Jayla Hemingway free throws that marked the final points of the opening frame.

WVU put together its best stretch of the game over a 2-plus minute stretch of the second quarter when it turned a two-point deficit into a 27-20 lead. The 11-2 spurt featured layups from four points from Esmery Martinez, Smith’s 3 and baskets from Blessing Ejiofor and Deans.

“The second half of the Michigan State game and the first half of this game is the best we’ve played all year,” Carey said. “But we lose concentration and it’s a shame. We’re better than what we’re playing.”

The Wildcats made 12-of-35 3s, half of which came from Glenn, who scored 14 of her 20 points in the second half, including 12 in the third quarter.

“They hit threes, but you have to give up some threes if you’re going to get weak side on Lee,” Carey said. “We started trying to match their threes and that’s not what we do.”

In addition to her 21 points, Sundell led all players with nine assists and added six rebounds.

Lee finished with 14 points and game highs of 12 boards and five blocks.

Kari Niblack came off the bench to contribute nine points and five rebounds, while Ejiofor added six points and a team-high eight boards in a reserve role.

After missing the Big 12 opener at Iowa State, Martinez was limited to 19-plus minutes of action and finished with four points, seven rebounds and five of WVU’s 17 turnovers in the setback.

“Esmery just came back,” Carey said. “You could tell she was winded and her timing was off.”