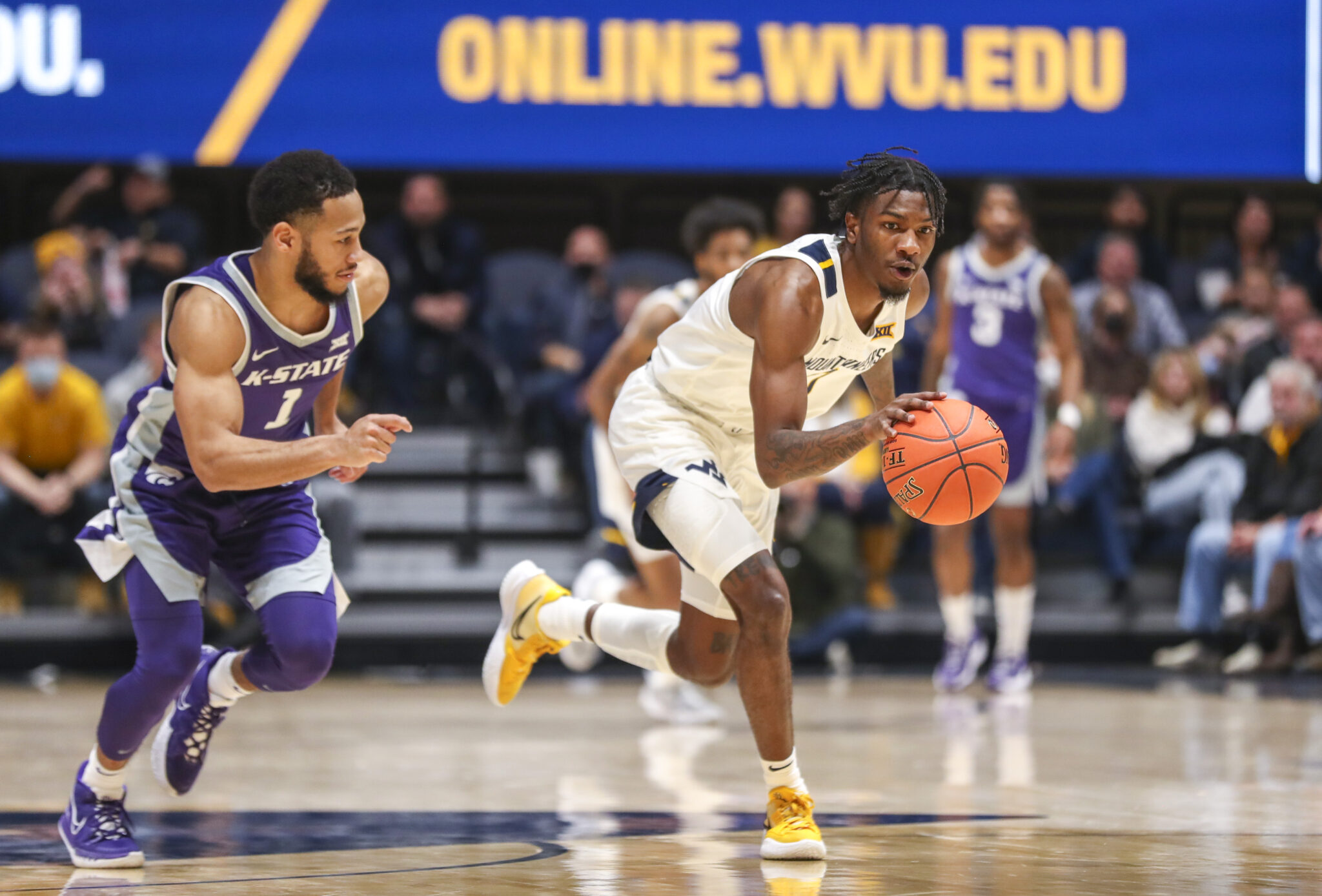 MORGANTOWN, W.Va. — In this his second season at West Virginia, point guard Kedrian Johnson has become known more for his accomplishments as a defender than anything else.

The 6-foot-3, 185-pound senior guard is the straw that stirs the drink, so to speak, for the Mountaineers on the defensive end. The Dallas native is unquestionably West Virginia’s quickest player and takes pride in being a pesky on-ball defender. Johnson’s 29 steals are 10 more than the next closest West Virginia player through 14 games.

Yet Johnson has flashed more offensive ability of late, and it was a vital factor in both West Virginia’s win at UAB back on December 18, and most recently, a 71-68 triumph over Kansas State last Saturday.

Johnson scored a career-high 11 points against the Wildcats, only three games after he came up clutch against the Blazers in a nine-point performance that saw him make 7-of-8 free throws and all six attempts over the final 5:10 in WVU’s 65-59 victory.

In both instances, the Mountaineers rallied from significant second-half deficits

“If you go back to the UAB game, the guy who got us back in the game was Keddy without question, and Keddy very much got us back in this game,” WVU head coach Bob Huggins said in the moments after the three-point win over the Wildcats.

Against KSU, Johnson made two critical free throws to stretch WVU’s lead to four with 15 seconds remaining. Nine of his 11 points came after halftime and it marked the first time in 40 games at West Virginia that Johnson made four field goals.

“My confidence has grown,” Johnson said. “Coach always tells me don’t stop until they stop you, so that’s the mindset I have. I was just going until I was stopped.”

While Johnson’s confidence has grown, so, too, has Huggins’ faith in his starting point guard.

“It’s not necessarily all making shots. In some cases, it comes down to ball security,” Huggins said. “Who do you have that is going to give you ball security? Obviously Keddy is our best guy at ball security and not throwing the ball away.”

Sean McNeil carried the scoring load against Kansas State with a career-high 26 points. Gabe Osabuohien made his usual winning plays and Taz Sherman drained two critical 3-pointers that turned a 53-all game into a six-point WVU lead. That aforementioned trio, along with Johnson, earned praise from Huggins for their ability to step up in tense moments.

“Everybody has a job to do and the guys that do their job above and beyond are the guys to me that have that will to win or that will not to lose, whichever way you want to look at it,” Huggins said. “Gabe certainly has that. Sean’s had that. Taz has that. Keddy makes plays for us.”

Considering it took him until his 40th game at WVU to do so, Johnson is not likely to score double digits on a consistent basis.

Still, outside of the UAB game, he has another with nine points this season and three in which he scored six, helping to give Johnson the team’s fifth-best scoring average at 5.1 points per game. He has a respectable 45.3 field goal percentage and has made 14-of-18 free throws over his last four games.

Huggins was quick to point out that before Johnson came to Morgantown, he was fourth in The National Junior College Athletic Association in scoring at 25.5 points during the 2019-2010 season at Temple College in Temple, Texas. The season prior, Johnson was fifth in scoring at 25.6 points and led the country with 3.7 steals on average.

“Keddy was first team all Texas whatever and they have seemingly 120 junior colleges in Texas, and he was one of the five best [players] of all those,” Huggins said.

Regardless of whether he can maintain the recent uptick in scoring that’s seen him account for 28 points in his last four games, Johnson will continue to play a pivotal role for the Mountaineers.

As a primary ball-handler also responsible for making things difficult for the players handling that role on the opposing team, Johnson’s impact goes far beyond his point total.

The challenges will likely only increase in difficulty, with WVU set to endure one of the most difficult stretches in the history of its basketball program over the remainder of January: Oklahoma State, at Kansas, Baylor, at Texas Tech, Oklahoma, at Arkansas and at Baylor.

“It’s way faster than our non-conference games,” Johnson said of life in the Big 12 Conference. “Players are better, bigger and stronger. Really just the speed and more skillful.”

That means the Mountaineers will have to avoid making a habit of something that’s become a trend over their last five games — struggling throughout the opening half and improving over the final 20 minutes.

In WVU’s last five games, it has been outscored by 31 points in the first half and outscored the opposition by 68 after halftime.

“Ultimately, it’s different issues,” Johnson said. “Each game is different, so you never know what’s going to come and you just have to adjust when it happens.”