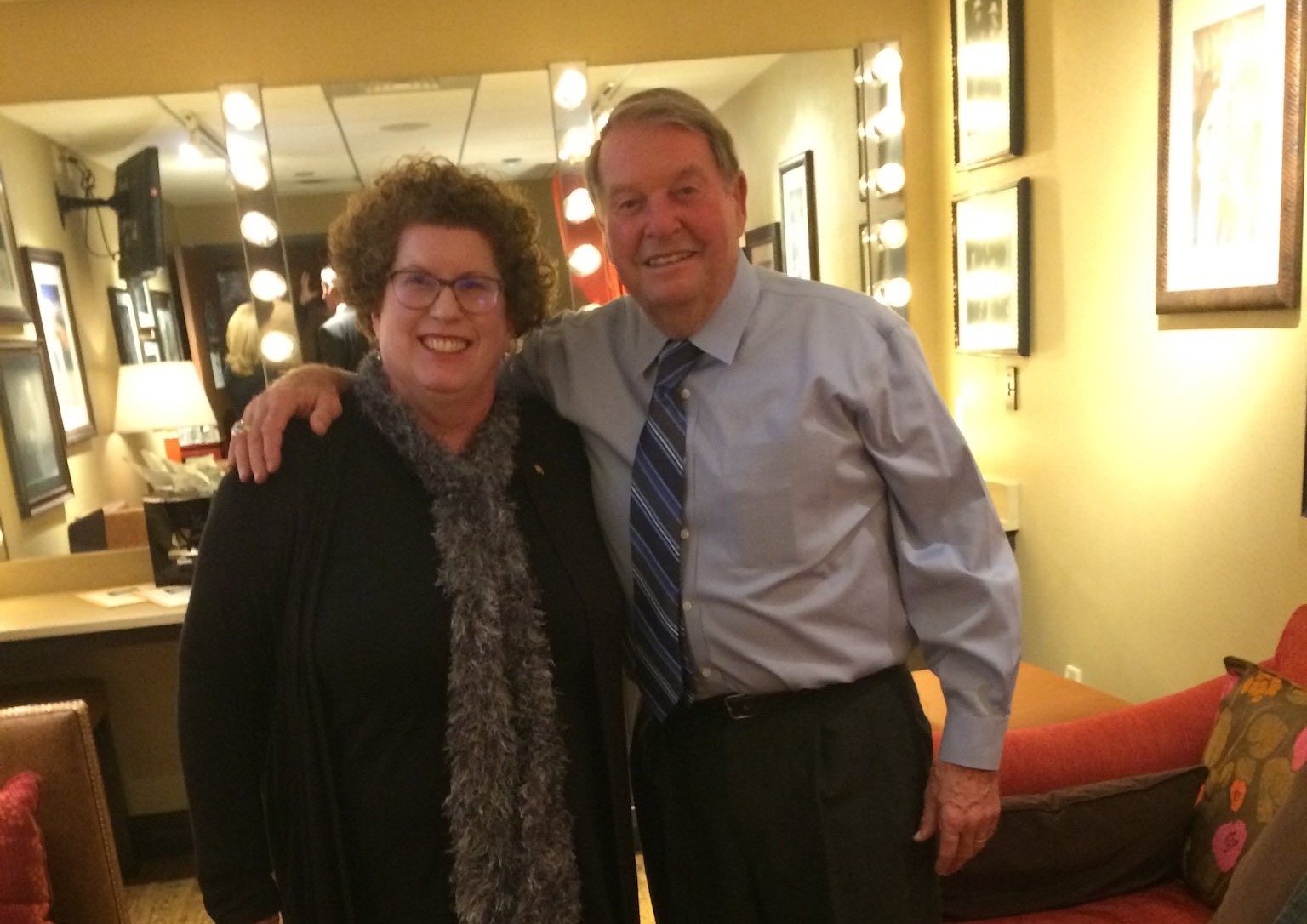 AUBURN, Al — Morgantown native Shelly Poe was recently recognized as a trailblazer in the area of athletic communications by her peers.

The Football Writers Association of America has given Shelly its Lifetime Achievement Award.  According to Poe, it’s not an honor often given and even less often in the area of sports information. But the organization considered her a trailblazer for her early role as a female sports information director at West Virginia University as well as her progression of the career ladder.  She accomplished those career steps in a profession historically dominated by men.

“I guess I am, but to me ‘trail blazers’ are people like Kitty Blakemore, Linda Burdette, Marsha Thorn, and Veronica Hammersmith who to me were trail blazers because they actually went out and fought to get teams in place and get opportunities for women in athletics,” Poe said on MetroNews Talkline Monday.

.@shellypoe, a Morgantown native, became the recipient of the Football Writers Association of America’s Lifetime Achievement Award for the 2021 season. She talks about this achievement with @HoppyKercheval. WATCH: https://t.co/yCFQ3nDJuy pic.twitter.com/KT2F97fOl8

This is the 50th year of Title IX, which created equal footing for women and men in athletics, but Poe said the action actually helped a lot more than just female athletes, it created opportunities for people like her.

“I wasn’t the athlete in my family, that was my sister. I was the stat keeper and the manager and the one who did this and did that,” she explained.

But Poe came from a sports minded family and her persistence and efficiency at an early age in those areas caught the eye of athletic department officials at WVU. She was invited to become part of the Sports Information Office while she was a student. The position evolved into her eventually becoming the Sports Information Director soon after graduation. She became one of the first females in the position in the country and at the same time was among the youngest at a major college athletic program.

Since that time, Poe moved on to work in the athletic department at Ohio State University and eventually landed at Auburn where she’s an Assistant Athletic Director in charge of media relations.

“These are the most competitive people in the world. They look for innovation. They look for new ways to do things and in a lot of ways they are very open minded. If somebody can help you, it doesn’t matter if it’s a man or a woman or if you’re green, purple, or orange, if you can help them win, they want you,” she explained.

Poe credited a lot of her success to working with legendary WVU Football Coach Don Nehlen, particularly with how he conducted himself.

“He just had class about everything he did. and I say that about everybody I worked with. We didn’t have all the resources in the world, but we were competitive and we weren’t always trying to put the other guy down. We did it with some dignity, and I think that’s something we could use a little more of,” she said.

She admitted the job has very much changed over the years. The media and coaches aren’t nearly as collegial as they once were and the relationship has at times become adversarial. As a Sports Information Director, Poe is in charge of standing in the middle of that often difficult relationship. She added in today’s world of Name, Image, and Likeness benefits, there can also be conflicts between players and coaches over what can and cannot be said in the media and controlling which players a coach will allow to speak to the media.

Poe grew up in Morgantown, attended University High School and WVU. She still considers herself a West Virginian and indicated she plans to retire back to the Mountain State eventually.

“Absolutely, I’ll always be a West Virginian and hope to head back that way at some point and retire and just enjoy the hills,” she said.