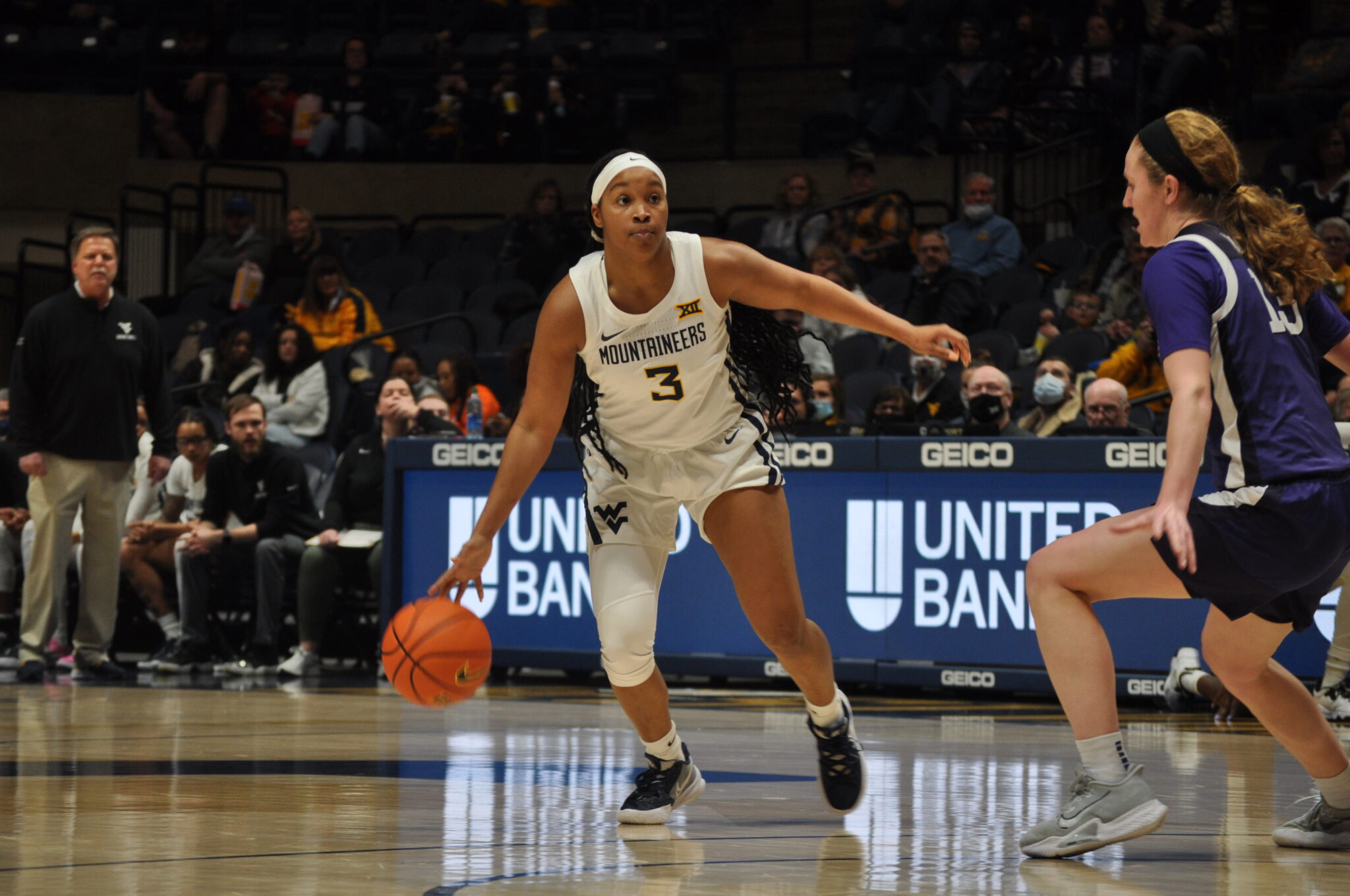 MORGANTOWN, W.Va. — If West Virginia’s women’s basketball team is to begin turning its season around, Wednesday’s 7 p.m. matchup with Texas Tech at the Coliseum presents a good opportunity to start doing so.

The Mountaineers (7-5, 0-2) have dropped each of their first two games in Big 12 Conference play, leaving them with three losses in their last four contests and setbacks in five of eight since a 4-0 start.

West Virginia enters off a 71-61 home loss to Kansas State last Saturday, one in which the Mountaineers led by seven points at halftime but at no point in the fourth quarter.

Veteran WVU head coach Mike Carey didn’t hide his displeasure with his team’s performance against the Wildcats after the Mountaineers shot 29 percent (9 of 31) after halftime, with their turnover output matching the number of made field goals over the final two quarters.

“We have to start executing, and great teams are teams that when stuff doesn’t go well, they make adjustments and play harder,” Carey said. “Right now, if we get behind by more than six points, people try to go 1-on-1 instead of moving the ball and playing defense.

“We had plenty of time. We’re down seven with five minutes to go and that’s plenty of time, but then we quit playing defense, gambled and didn’t do what we’re supposed to do, took bad shots and turned it over. Then you’re down double figures. We have to get better.”

The Mountaineers were nowhere near full strength in their Big 12 opener, an 88-72 loss at Iowa State on January 2. The loss to KSU marked the return of forwards Esmery Martinez and Kari Niblack, guard Jasmine Carson and center Blessing Ejiofor, but didn’t bring a change in result for Carey’s team.

Among the aforementioned quartet, Martinez played a game-high 19 minutes, but finished with four points, seven rebounds and five turnovers. The 6-foot-2 junior is WVU’s second-leading scorer at 11.4 points and top rebounder at 8.1 boards, but was scoreless after halftime.

“We didn’t get a lot out of her, simply because she’s just not ready to play a lot of minutes right now and her timing is way off,” Carey said. “But that high post was wide open. Somebody could have had a field day in that high post and we didn’t have it.”

Martinez, Carson and Ejiofor were back in action after sitting out the Iowa State game due to COVID-19 protocols, while Niblack returned from a nagging knee injury.

Carey continues to think his team is better than what it has displayed in recent performances, but after the matchup with the Red Raiders, a trip to No. 15 Texas looms Saturday, followed by next Wednesday’s home game against No. 23 Oklahoma.

“They’re all critical,” Carey said. “We’re 0-2 in the league now. You saw the team we had the first half. I’m a little frustrated right now and I don’t want to say a lot. I’m just frustrated right now. We gave another game away here and shouldn’t have given it away. We have some players that need to mature a little bit and take it on themselves and do things that need to be done on the floor.”

In Texas Tech (8-6, 1-2), the Mountaineers face a team that has struggled since starting 5-0. The Red Raiders have won only once in five games since December 12, albeit an impressive 74-61 victory at Texas on January 5.

The Red Raiders’ two Big 12 losses came against Oklahoma State and Oklahoma by a combined eight points, including last Saturday’s 57-55 defeat to the Cowgirls.

Half of the six games 6-1 senior guard Vivian Gray has played in have been the three conference tilts, and she leads Texas Tech with a 17.3 scoring average. Bre’Amber Scott, a 5-11 guard, has played the last five games after missing the first nine and averages 10.8 points.

While WVU allowed K-State to make 12-of-35 three-pointers over the weekend, Texas Tech is not likely to make or attempt near that number of triples. The Red Raiders are connecting on slightly more than 4.5 threes, while attempting just north of 13 per contest.

WVU continues to be paced by 5-8 guard KK Deans on the offensive end. Deans, a junior, is averaging 15.2 points and has a team-high 51 assists. Fellow guard Madisen Smith, a senior, is second with 46 assists and enters off a 13-point performance against the Wildcats.

“I do what I can to help my team and pick my spots when I’m open,” Smith said. “Find my teammates and get them open.”

Deans and Martinez are WVU’s only players averaging double-figure scoring, but seven Mountaineers contribute between 4.3 and 6.6 points on average.

Yet Carey is less concerned with where the scoring will come from and more focused on his team making necessary plays to get its first Big 12 victory and season moving in the desired direction.

“[Against Kansas State] the third quarter and fourth quarter, nobody stepped up,” he said. “When I say step up, here’s an idea — step up on defense. Play defense, get them moving and get a steal. Get an offensive rebound and get an easy one. Get out on a break and set up somebody for an easy layup. Those are the things we don’t do.

The Big 12 announced Wednesday new dates for a pair of the Mountaineers’ Big 12 games.

Originally scheduled to play at Kansas on January 5, the Mountaineers will now play their road game with the Jayhawks on Tuesday, February 15 at 8 p.m. The original contest was postponed due to covid protocols within the KU program.

West Virginia had been scheduled to play host to TCU on February 16. As a result of the makeup game with the Jayhawks, WVU will now welcome the Horned Frogs on Tuesday, January 25 at 7 p.m.