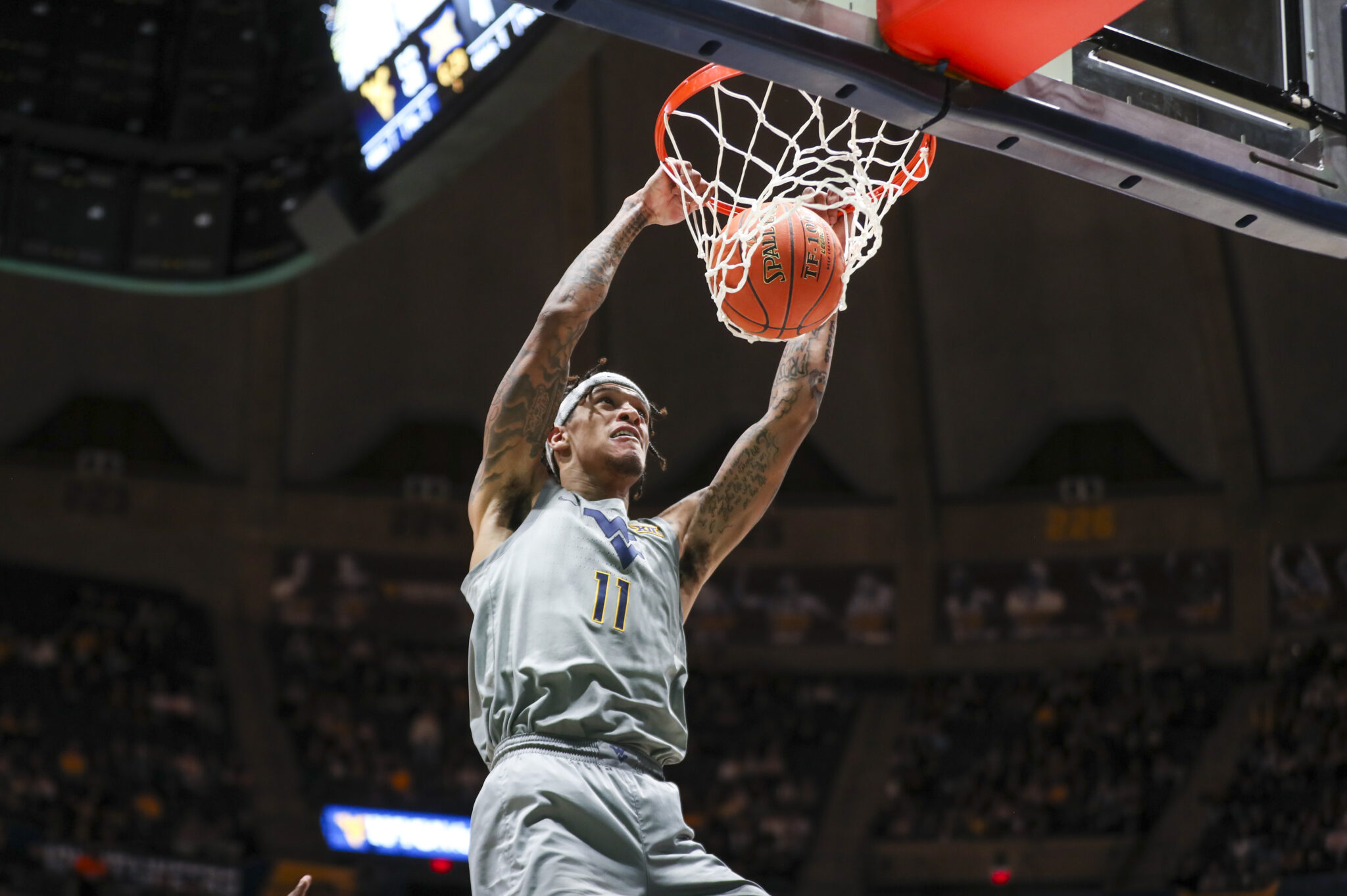 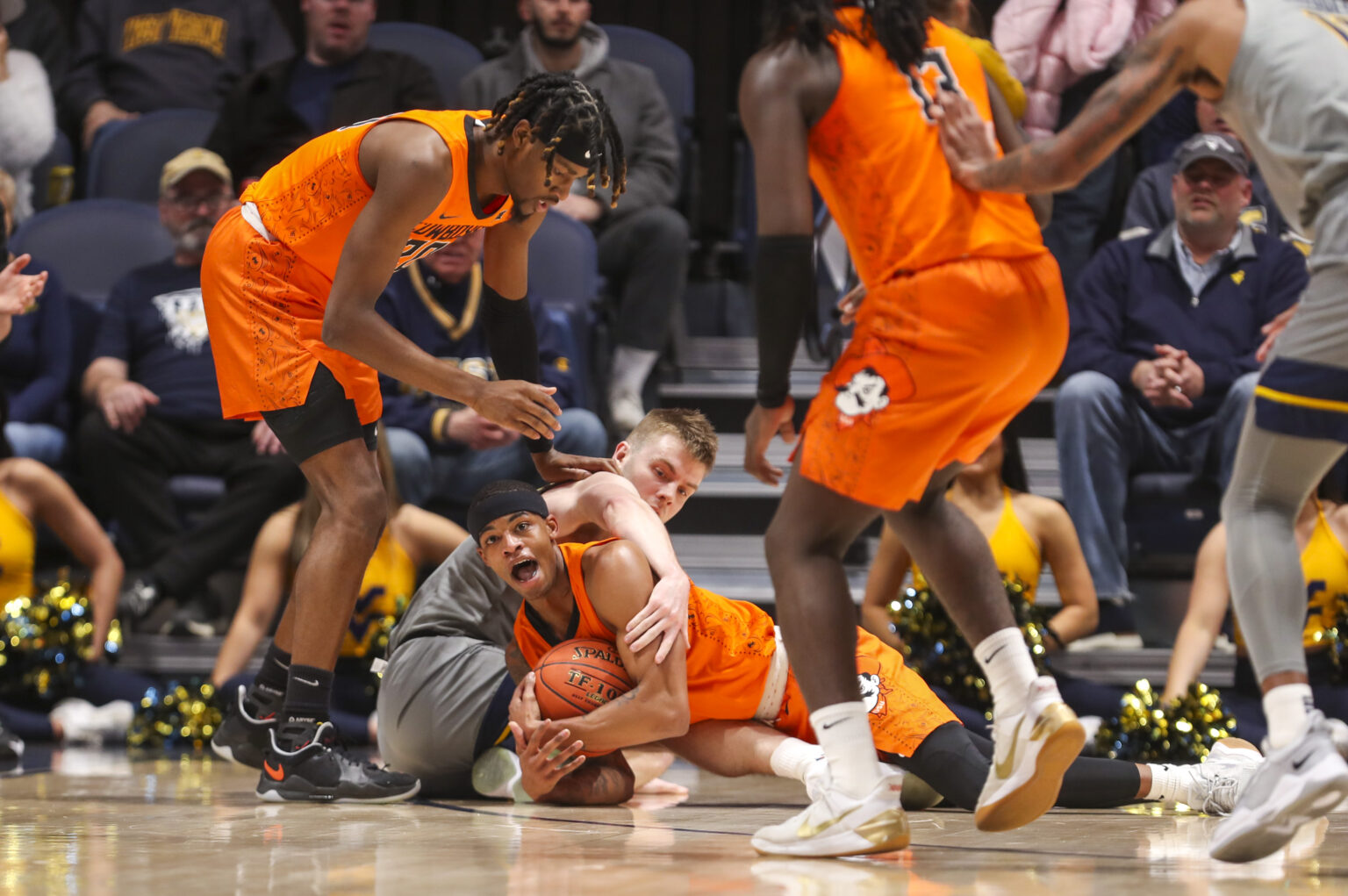 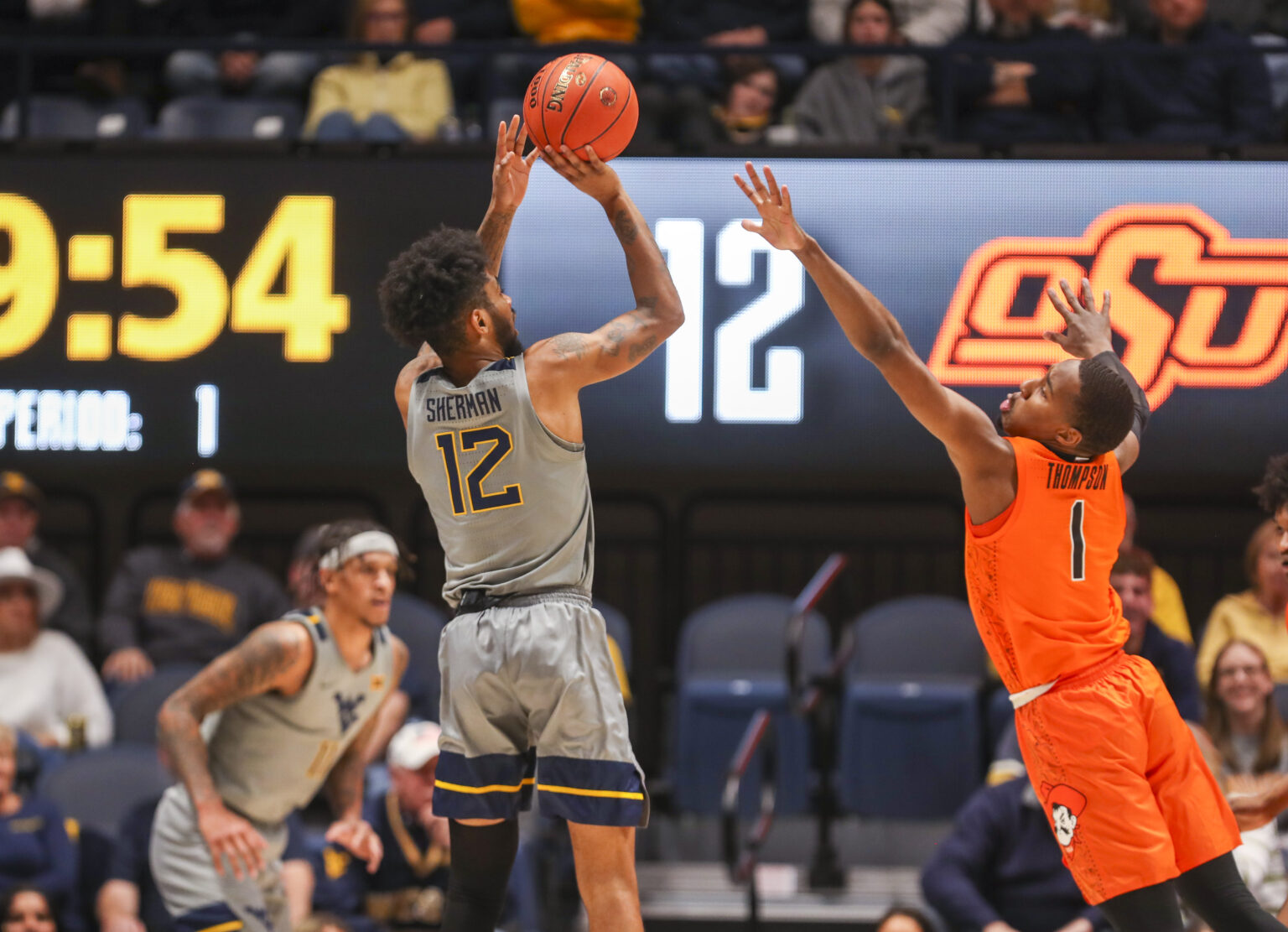 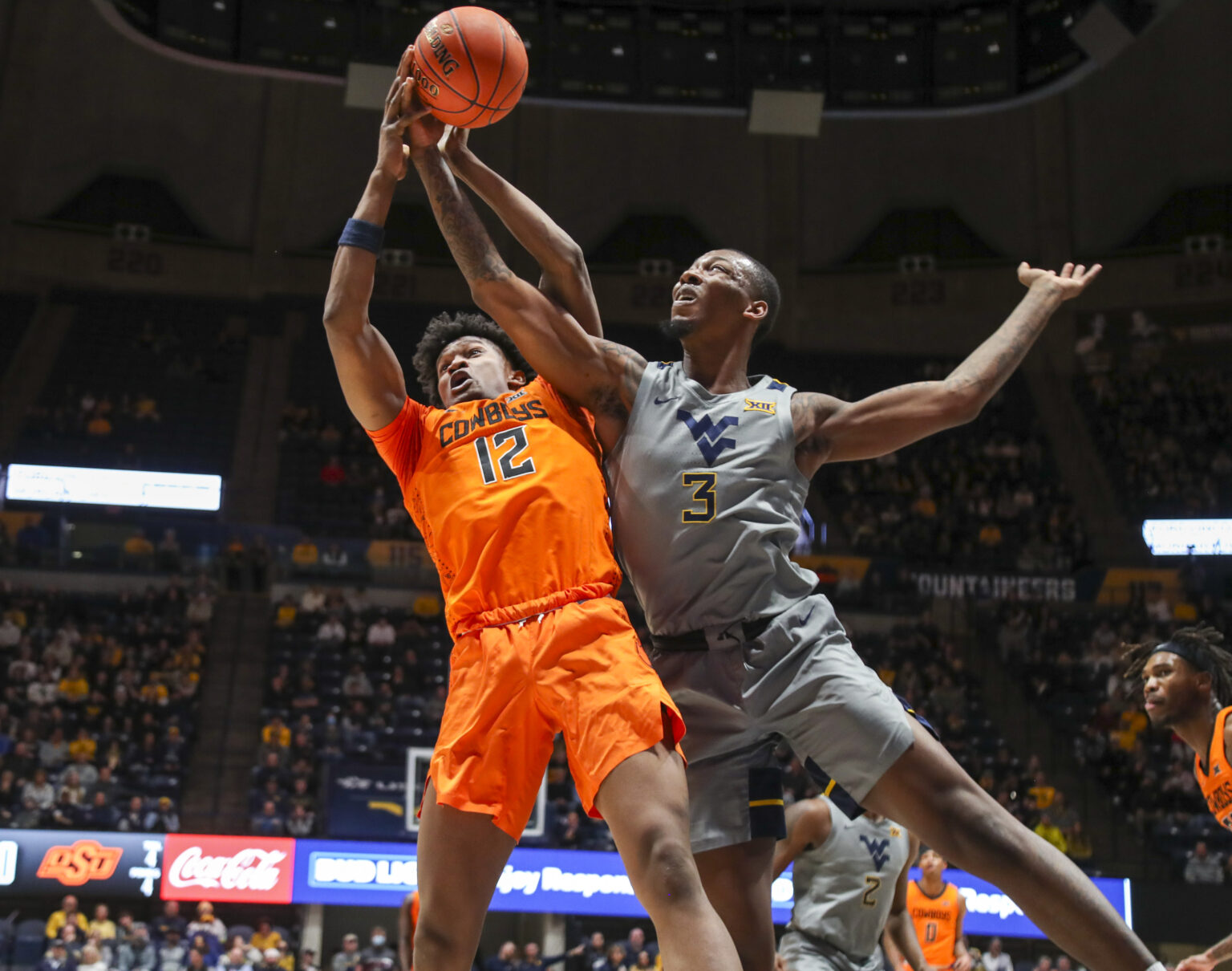 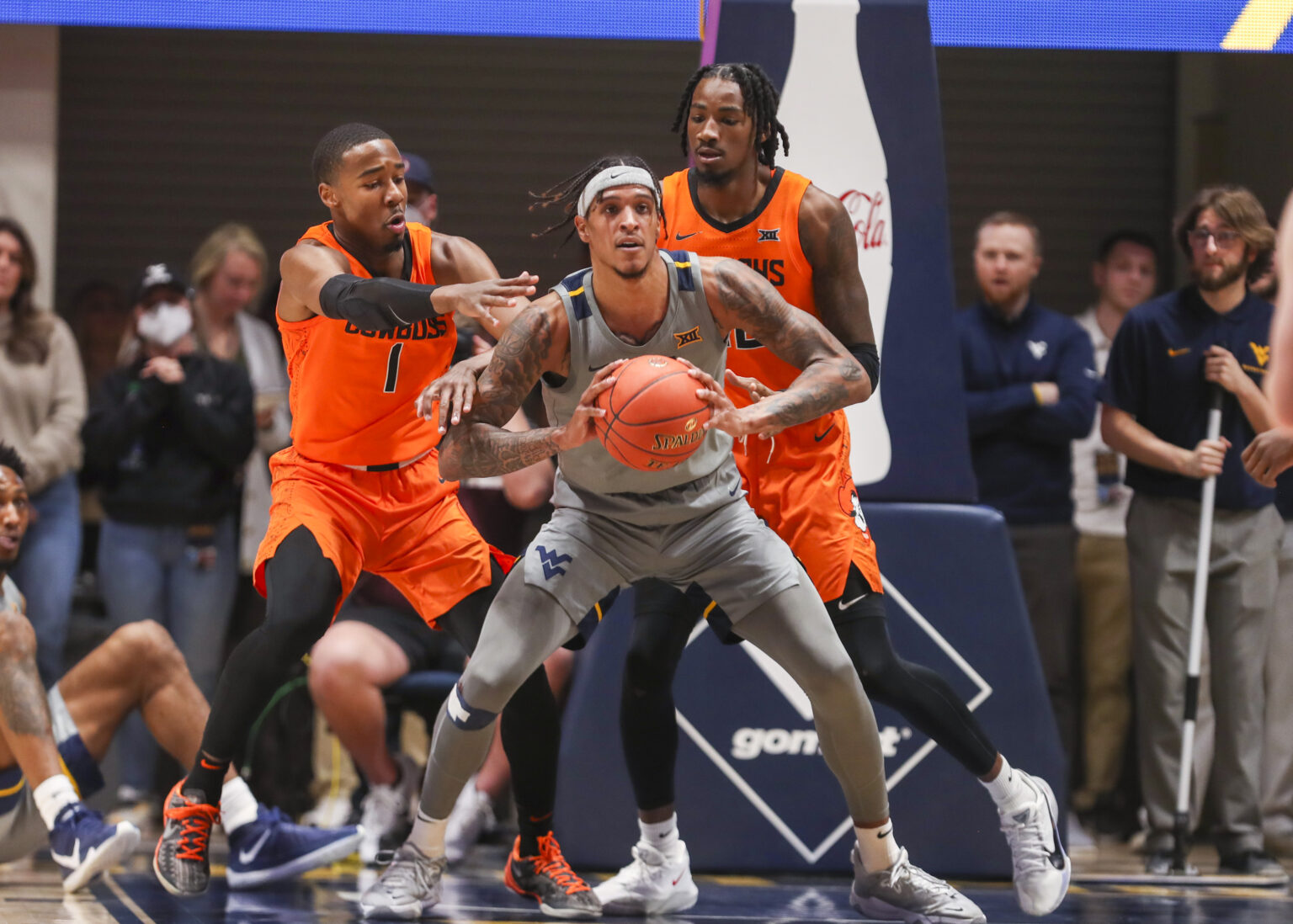 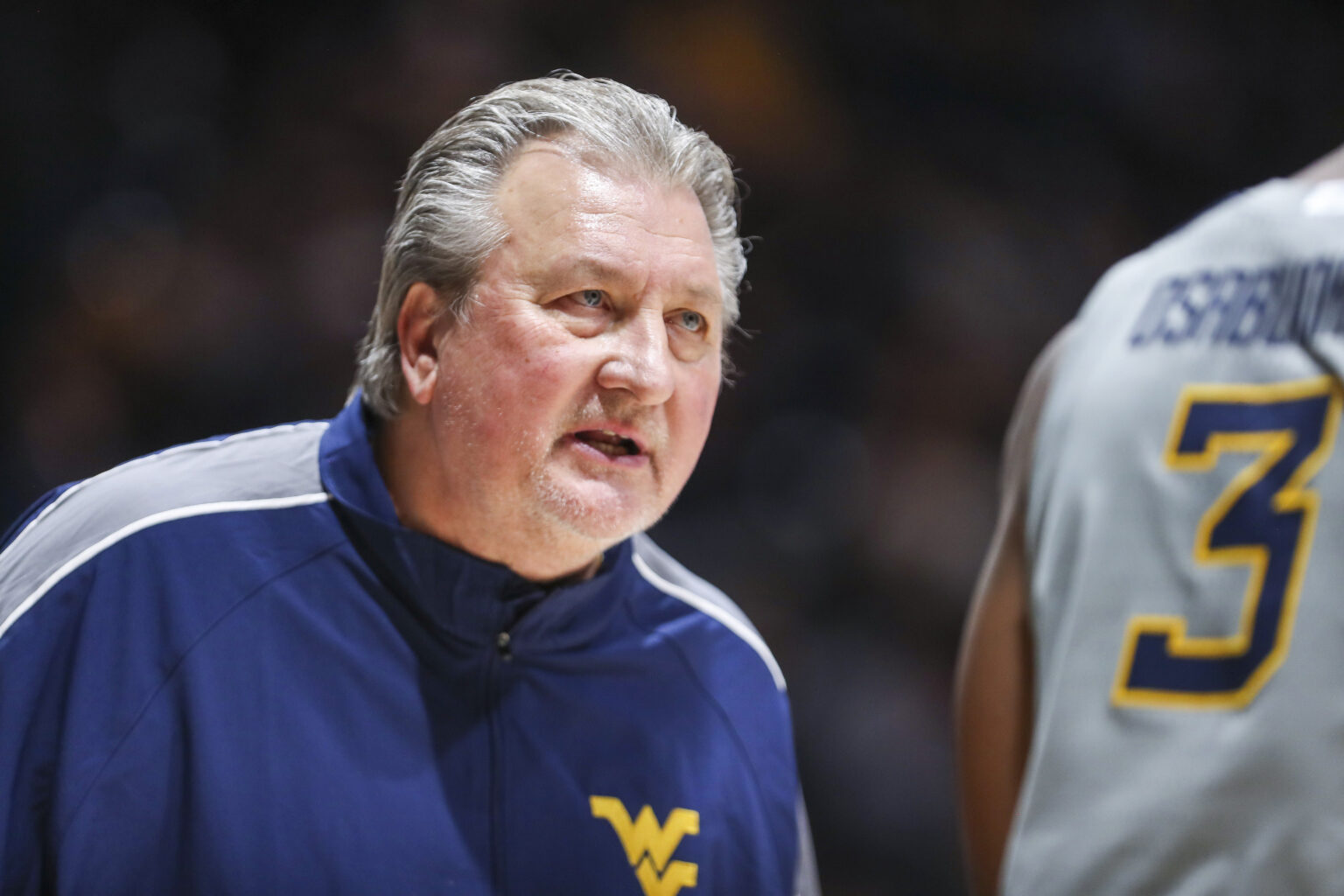 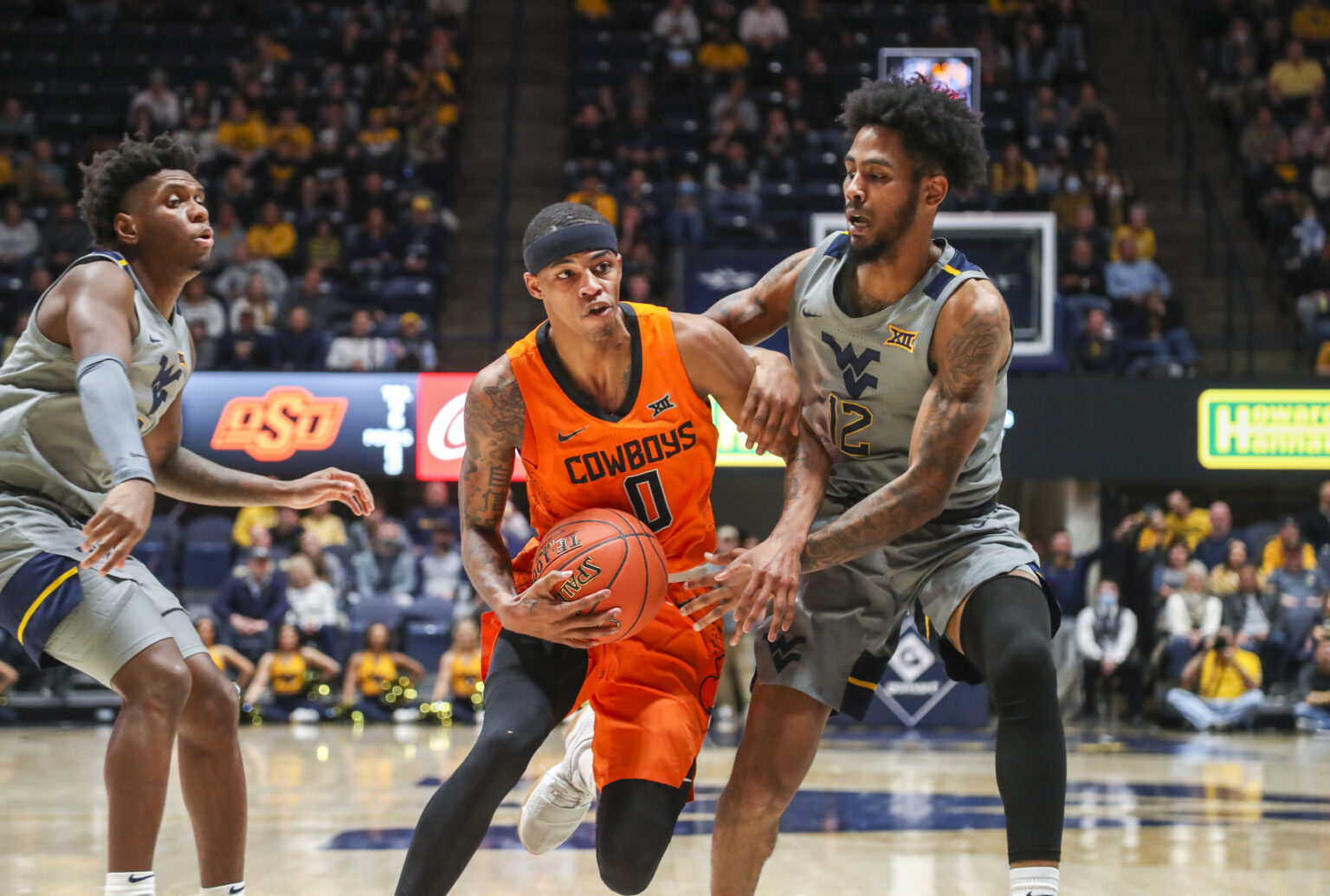 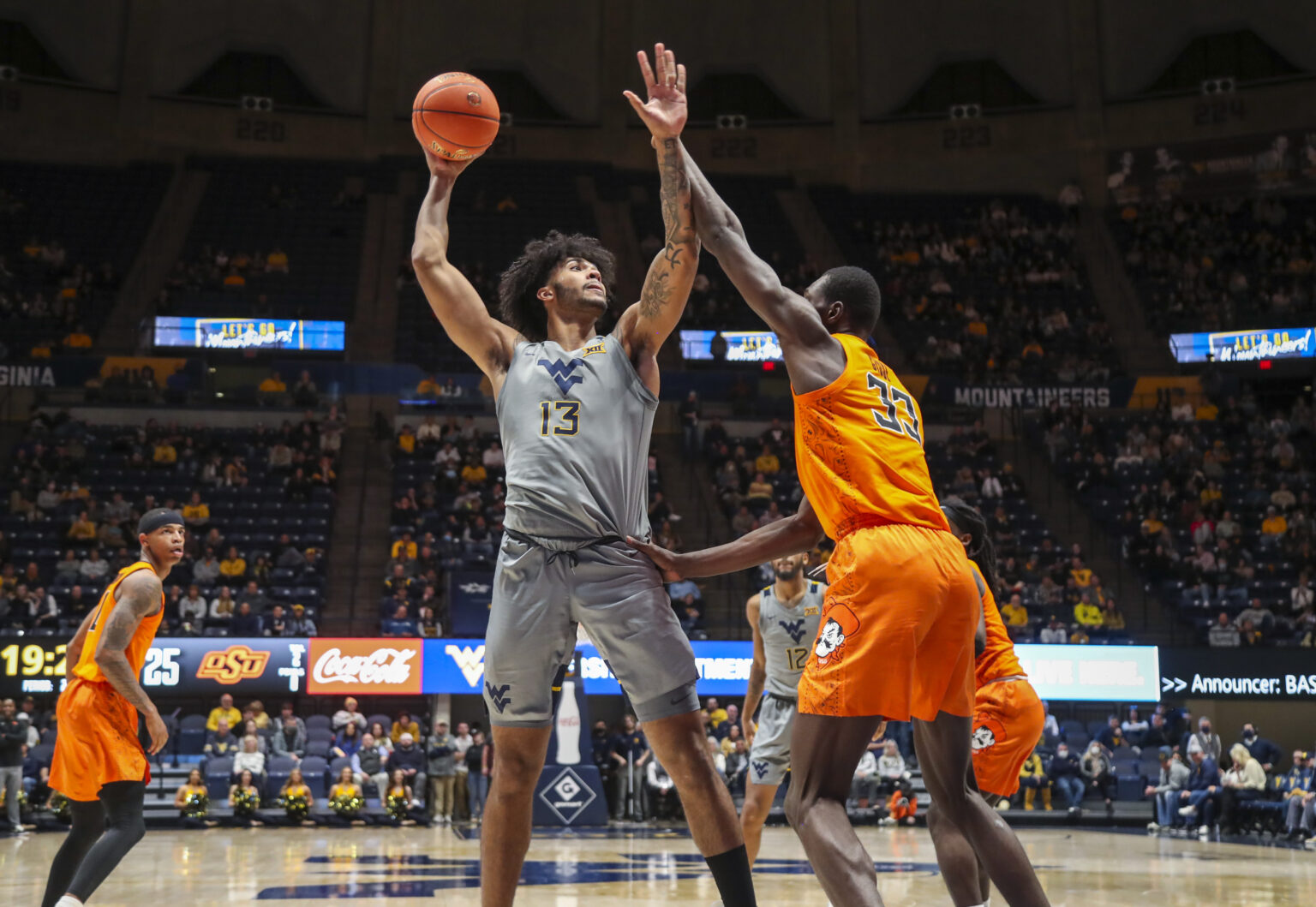 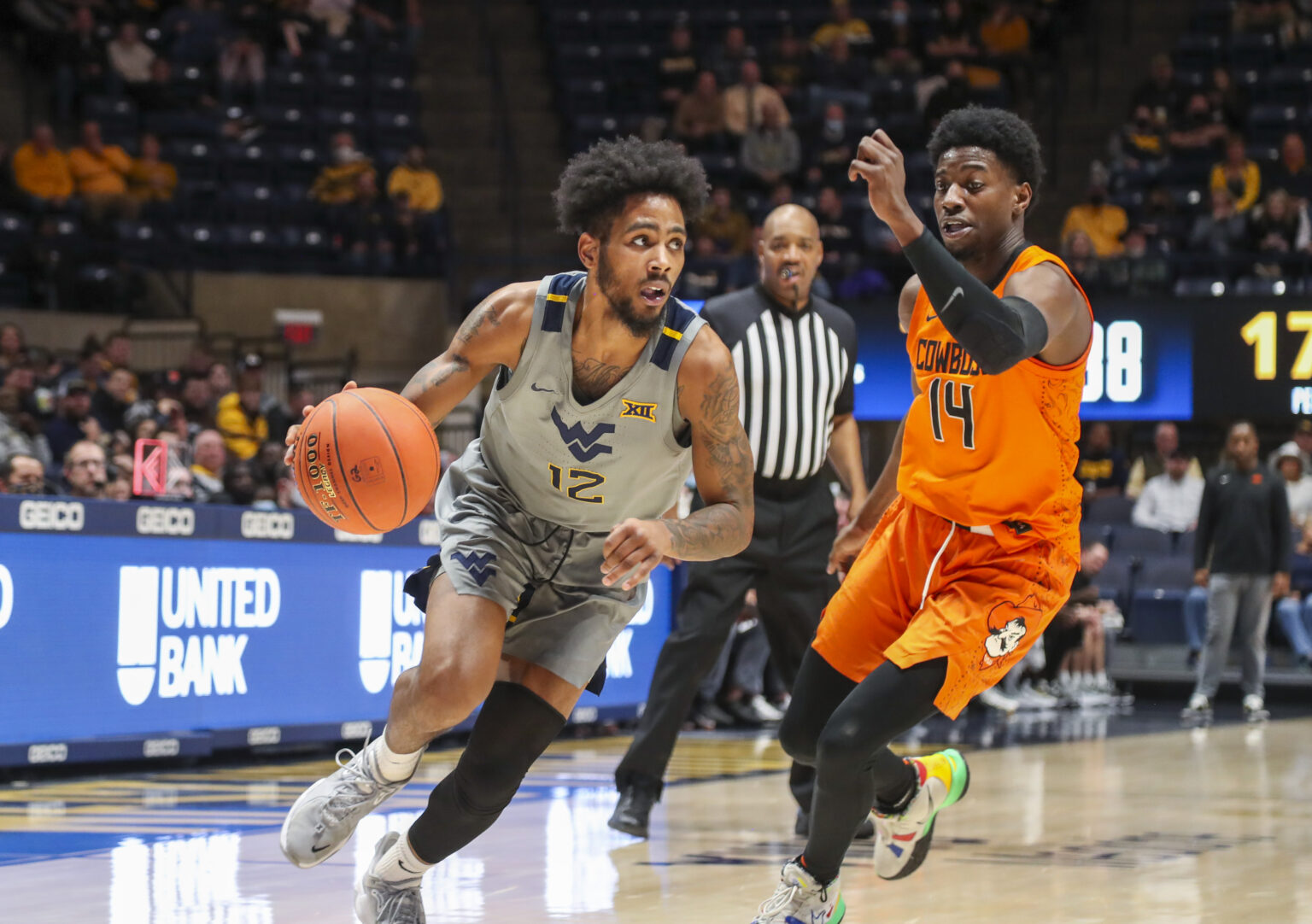 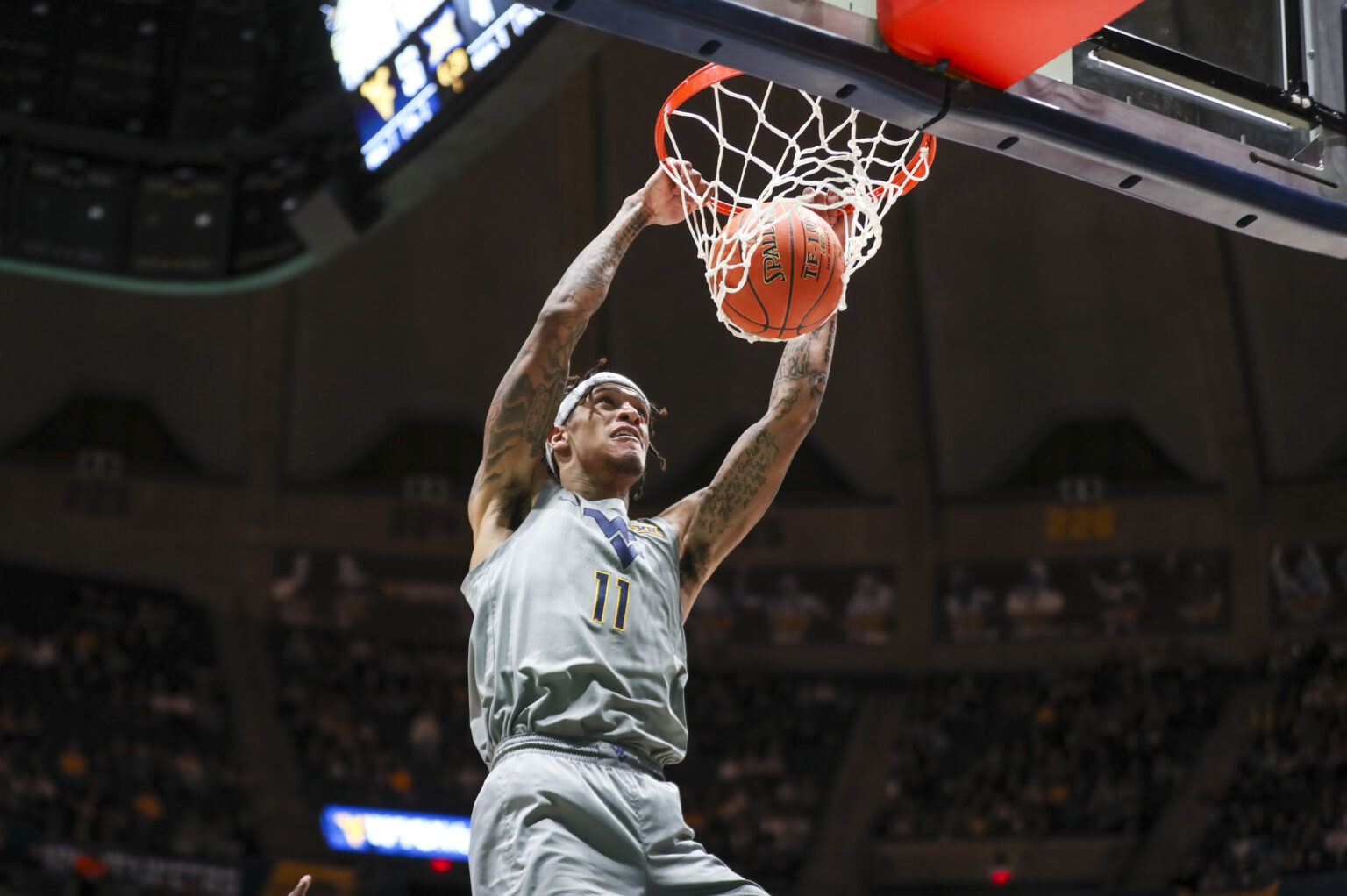 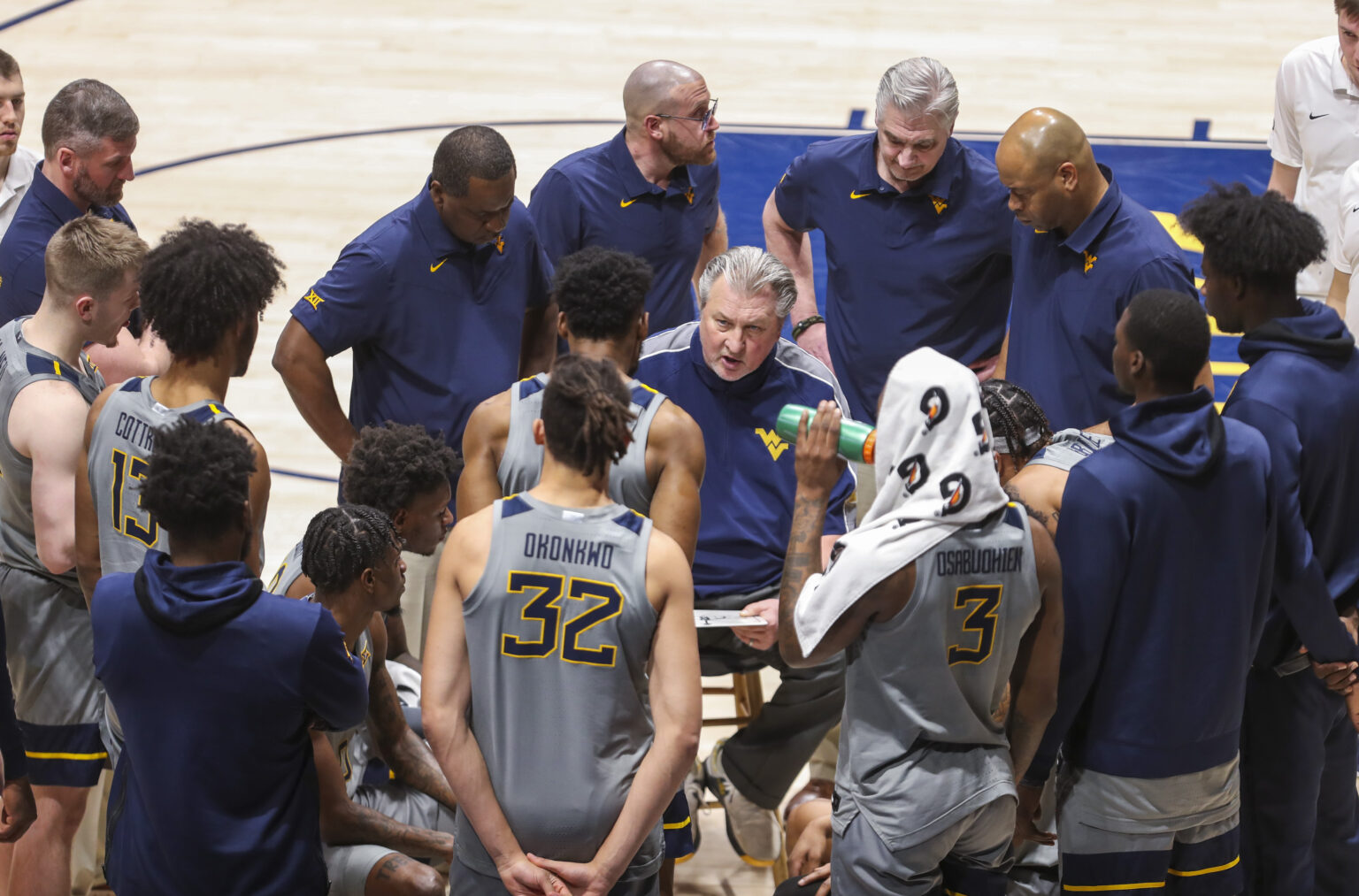 West Virginia head coach Bob Huggins talks to his team during a timeout during the second half against the Oklahoma State Cowboys at WVU Coliseum. Mandatory Credit: Ben Queen-USA TODAY Sports 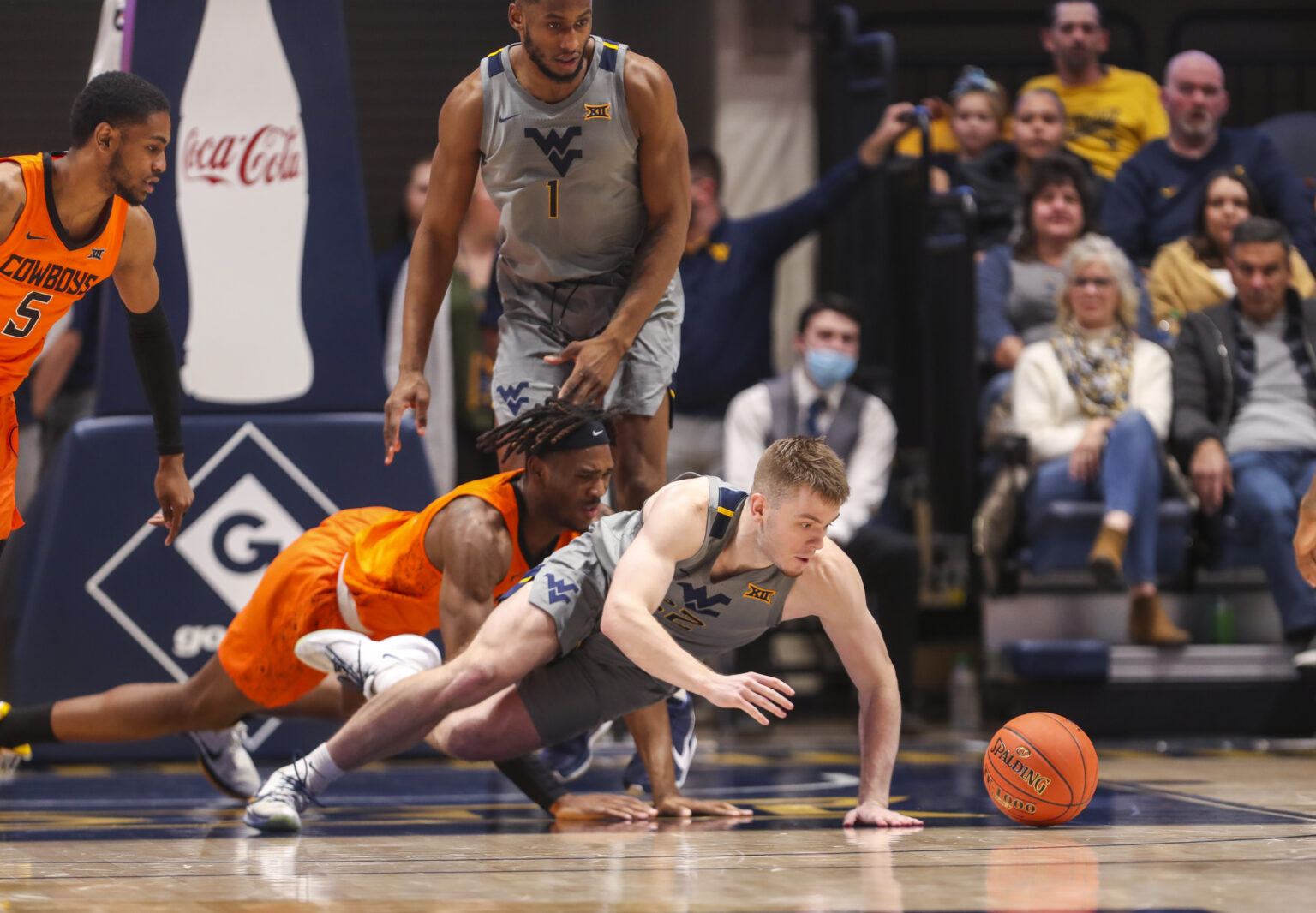 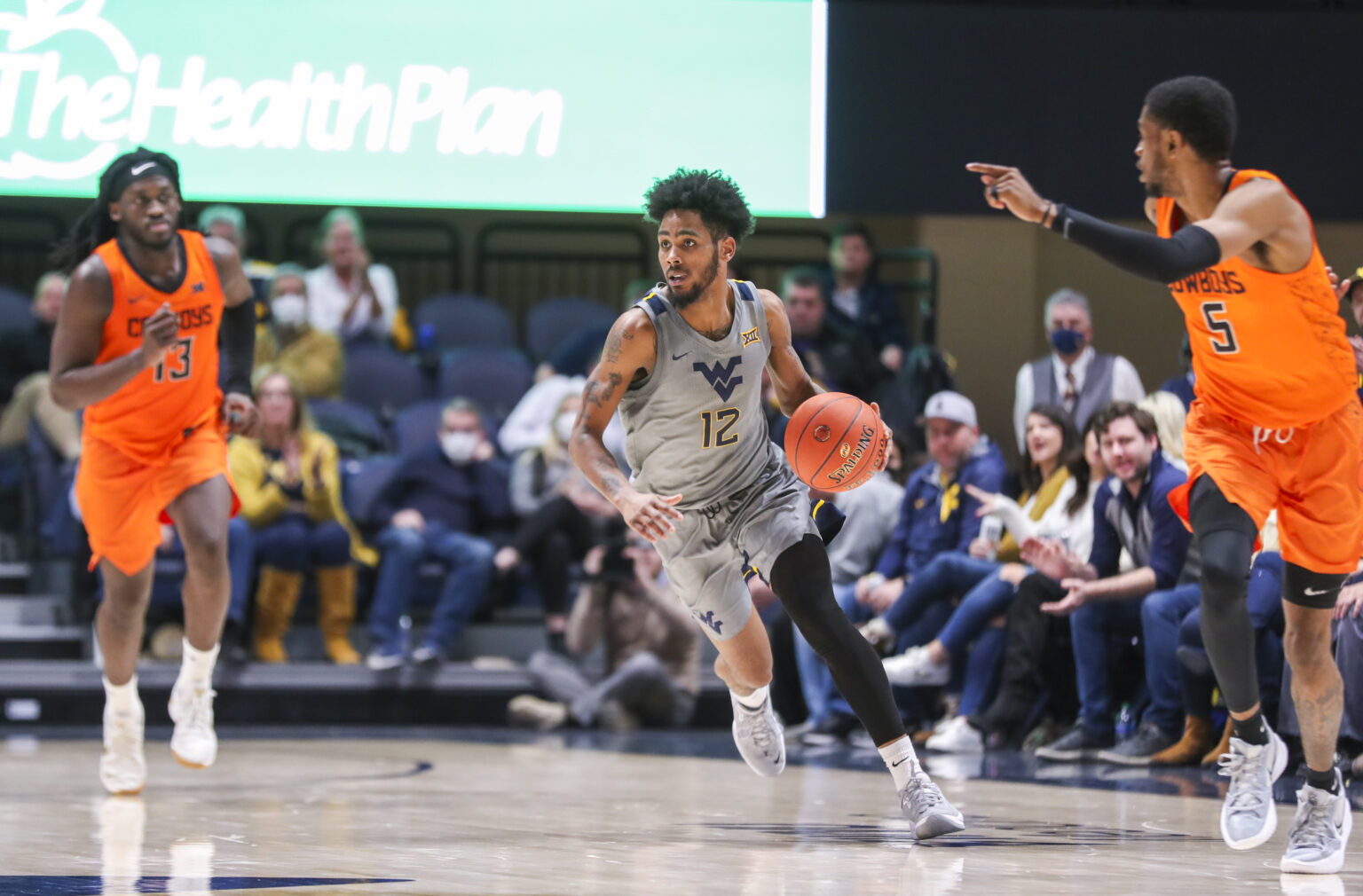 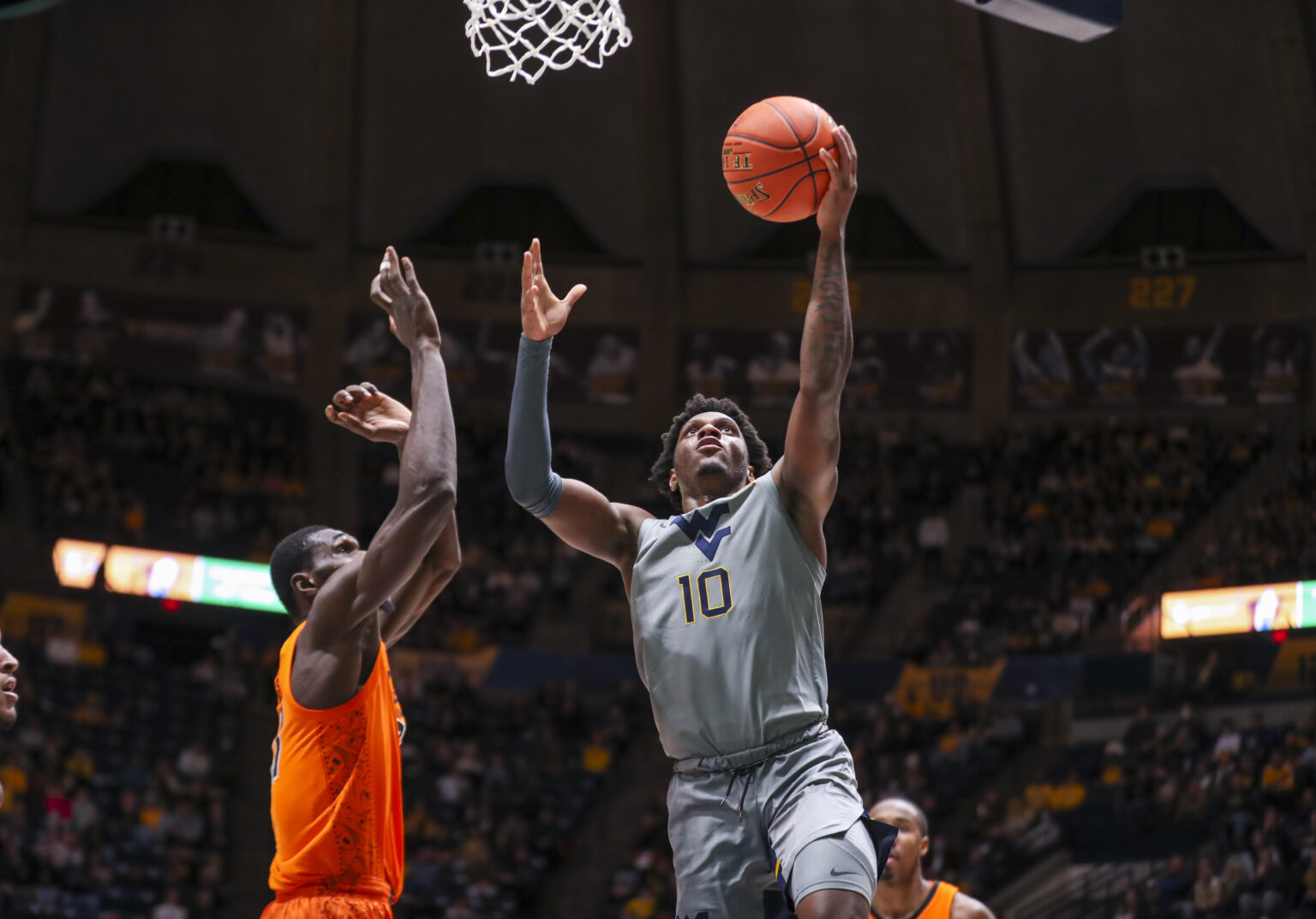 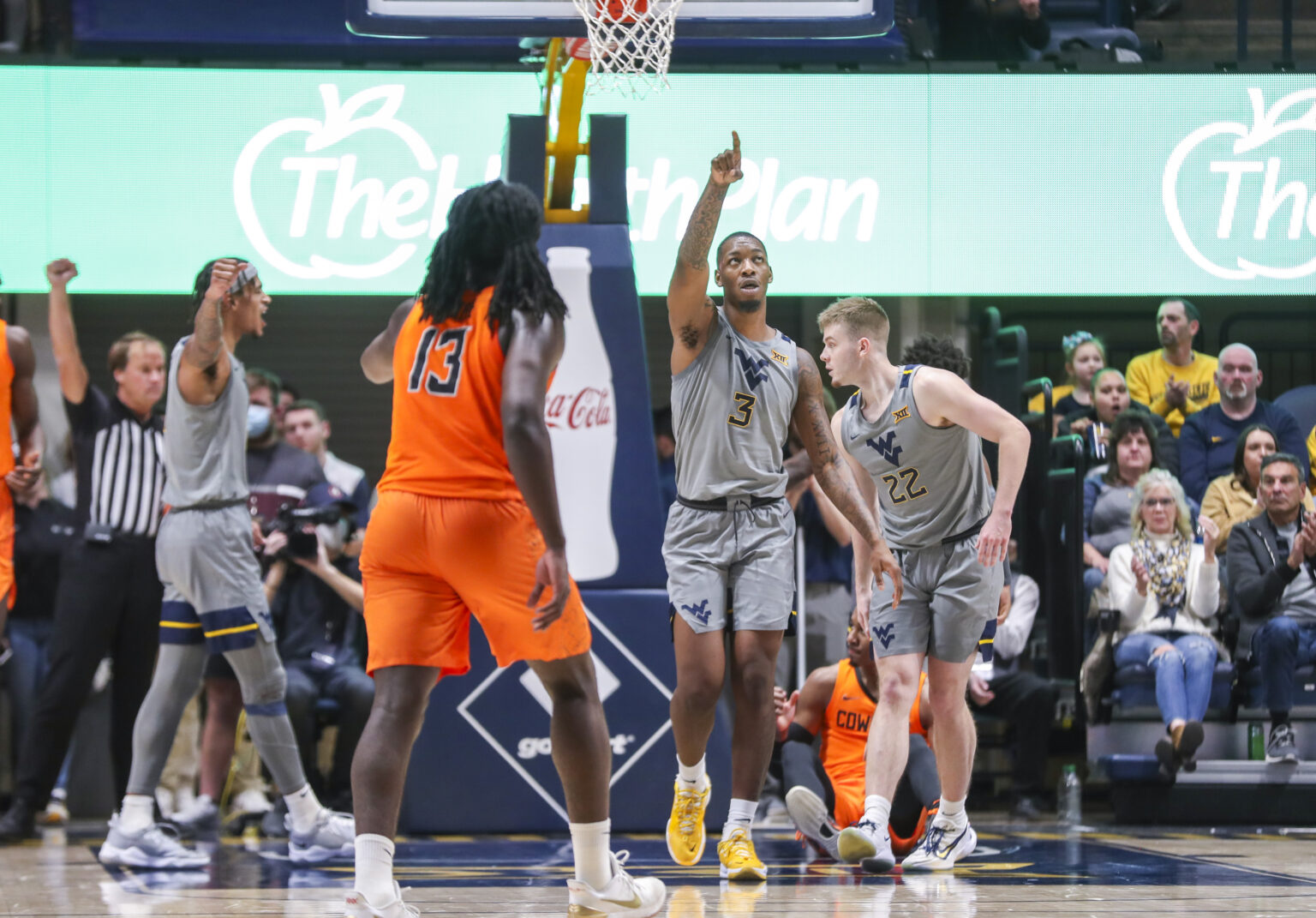 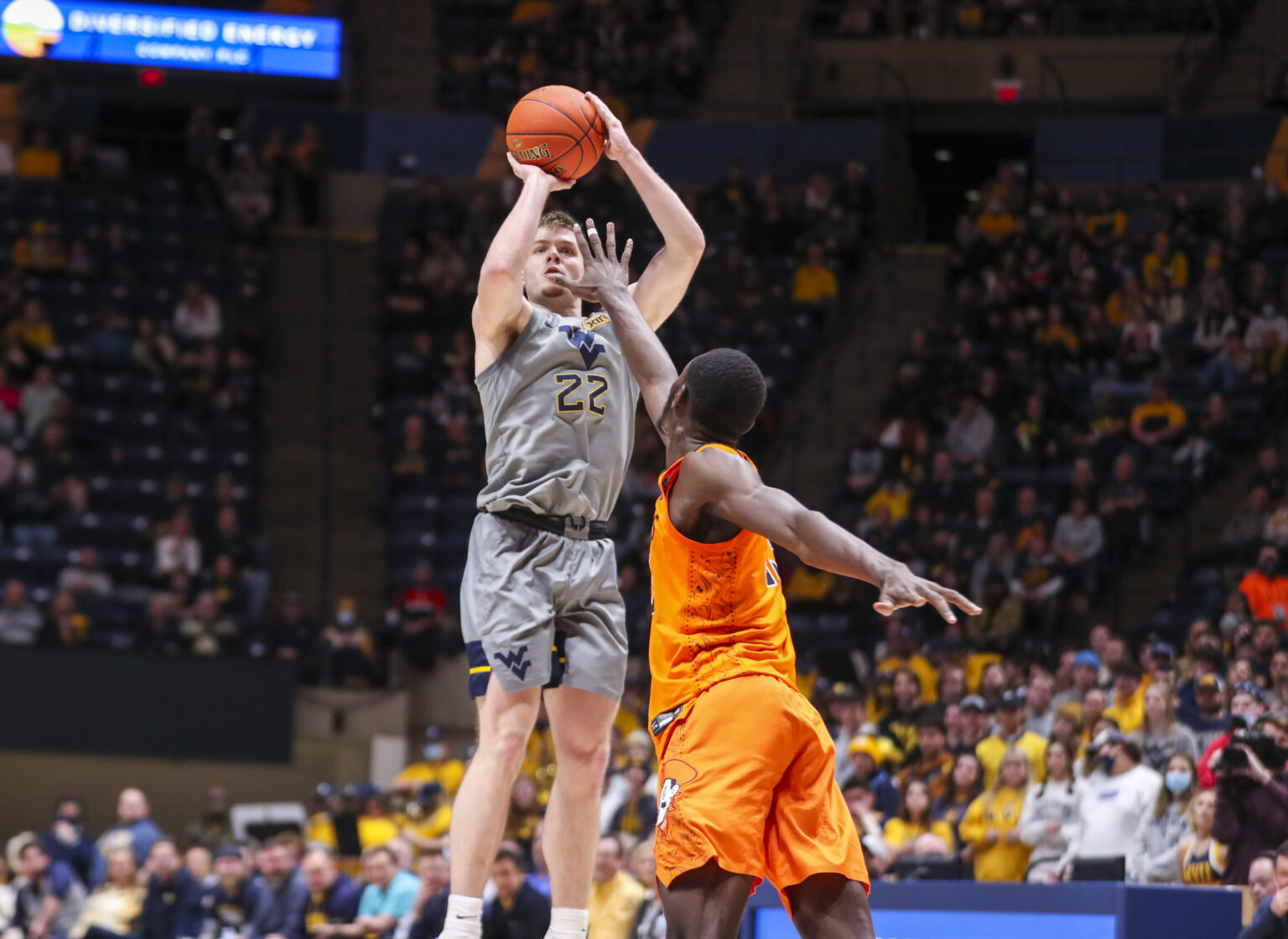 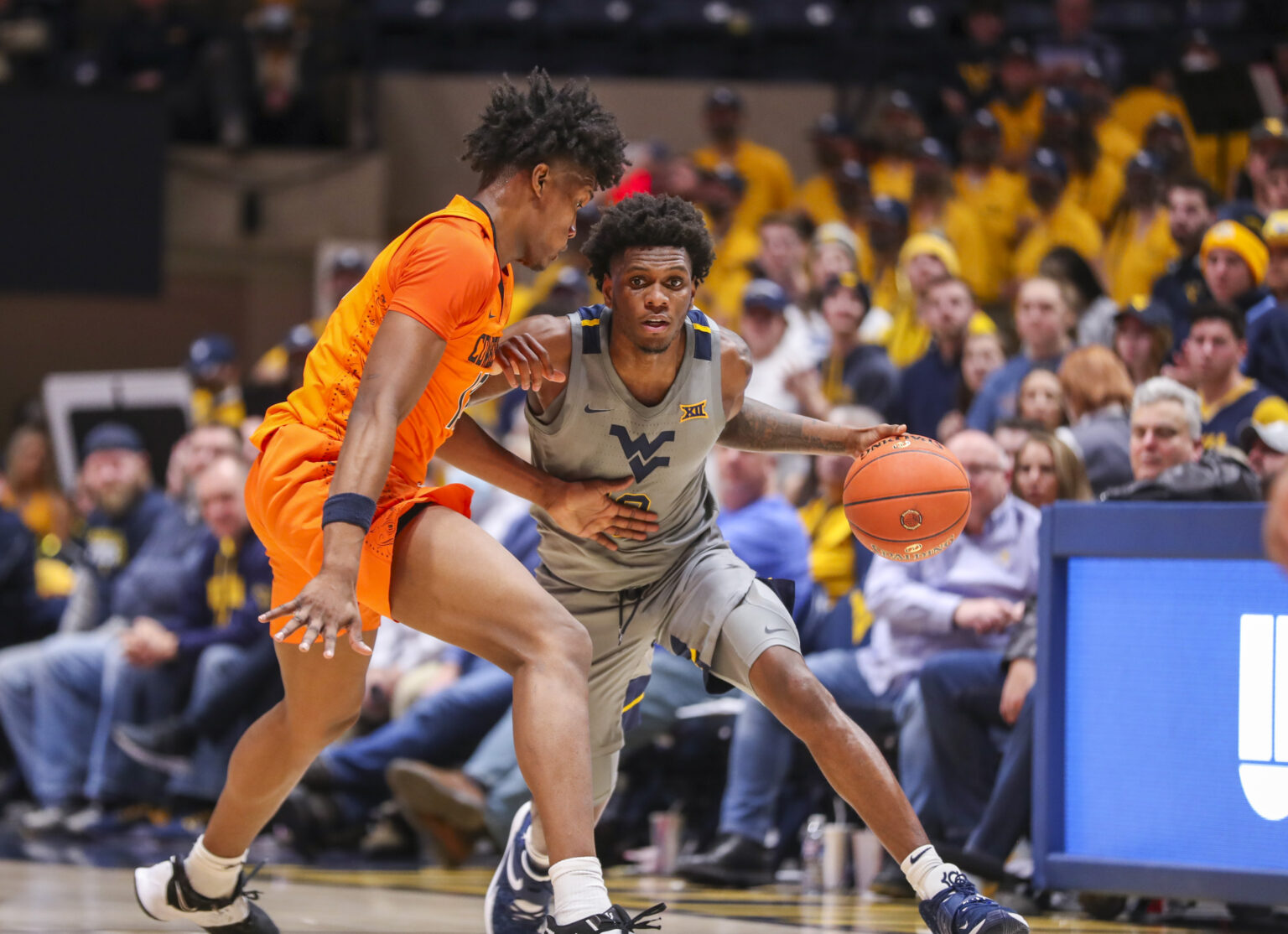 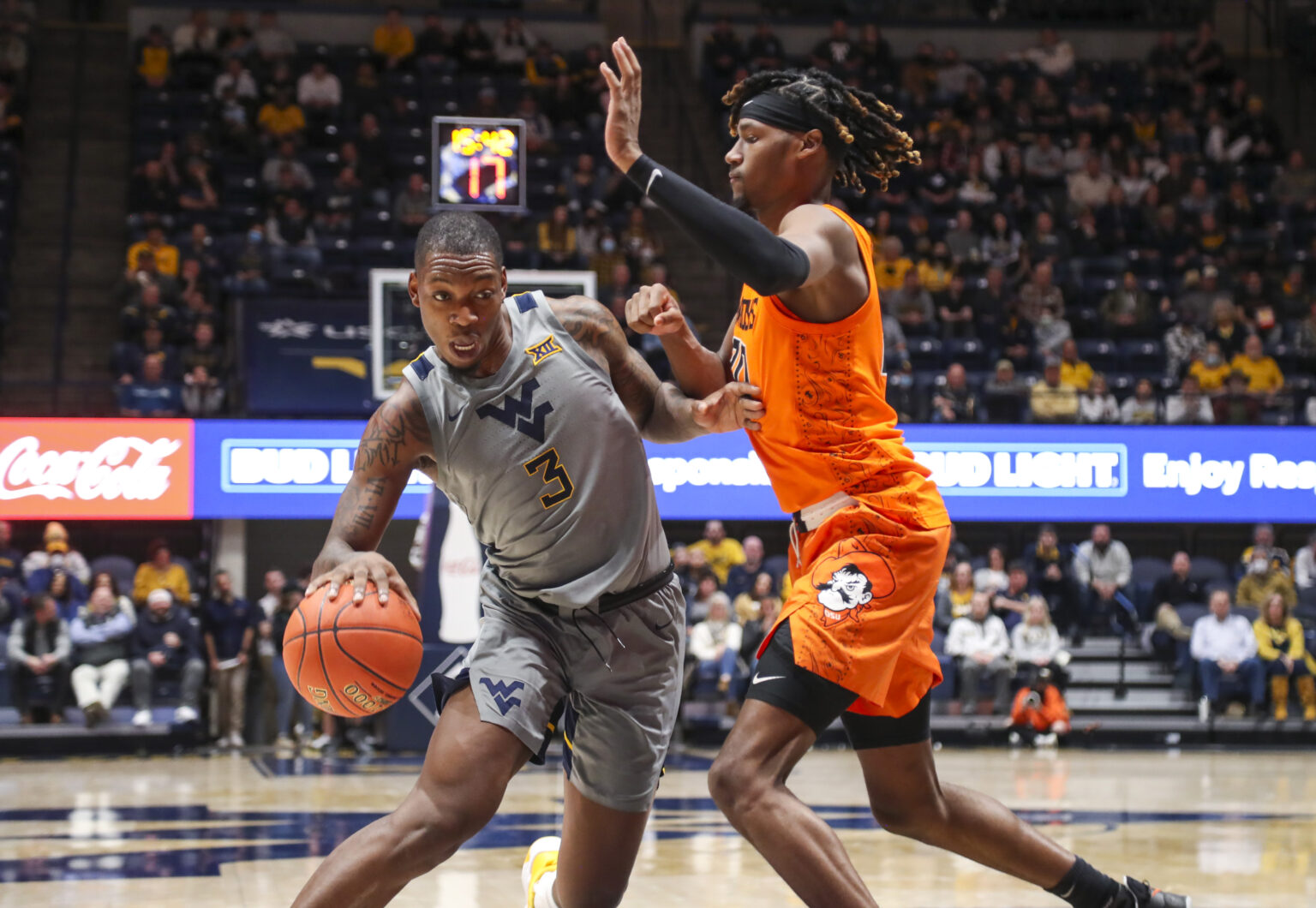 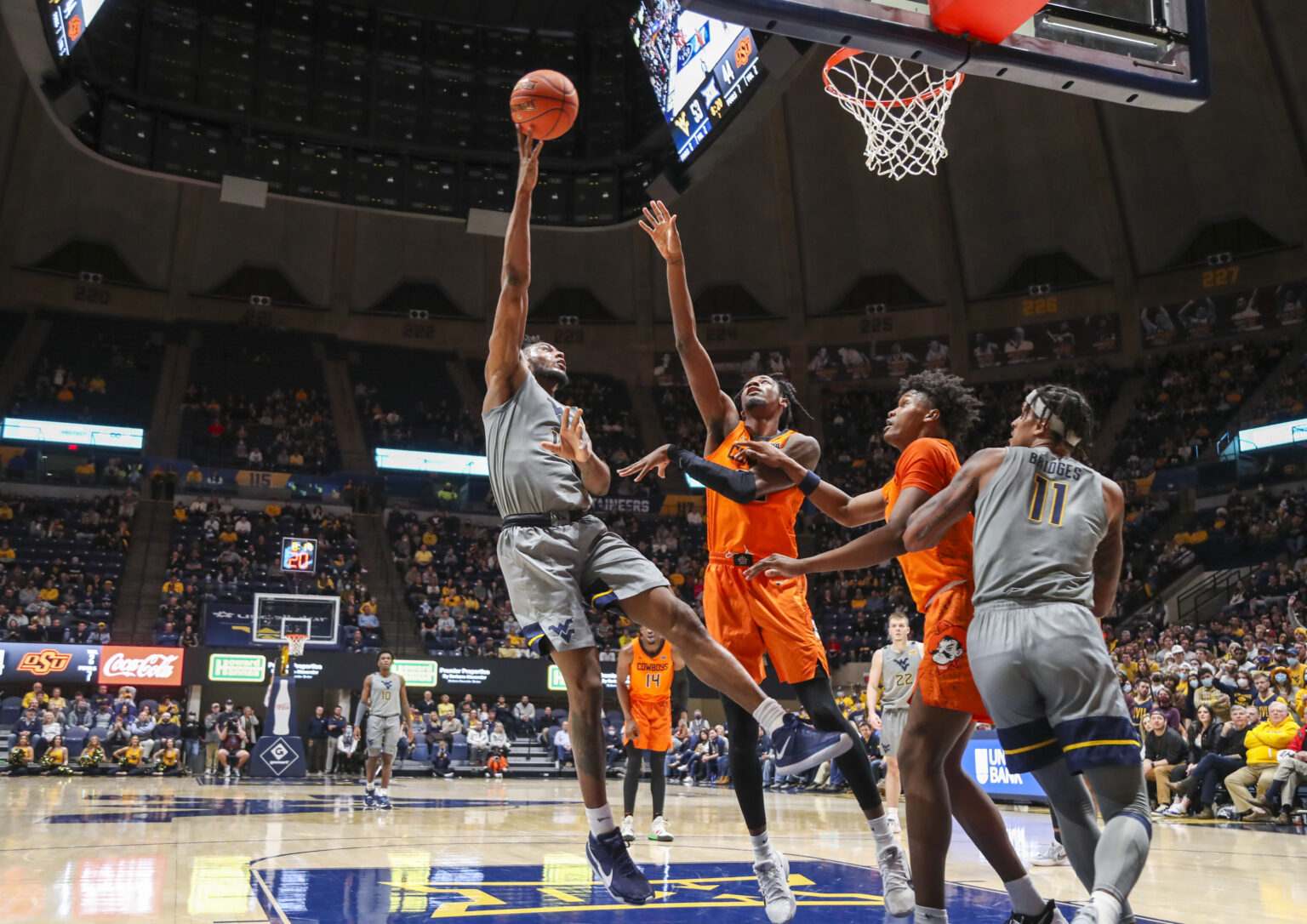 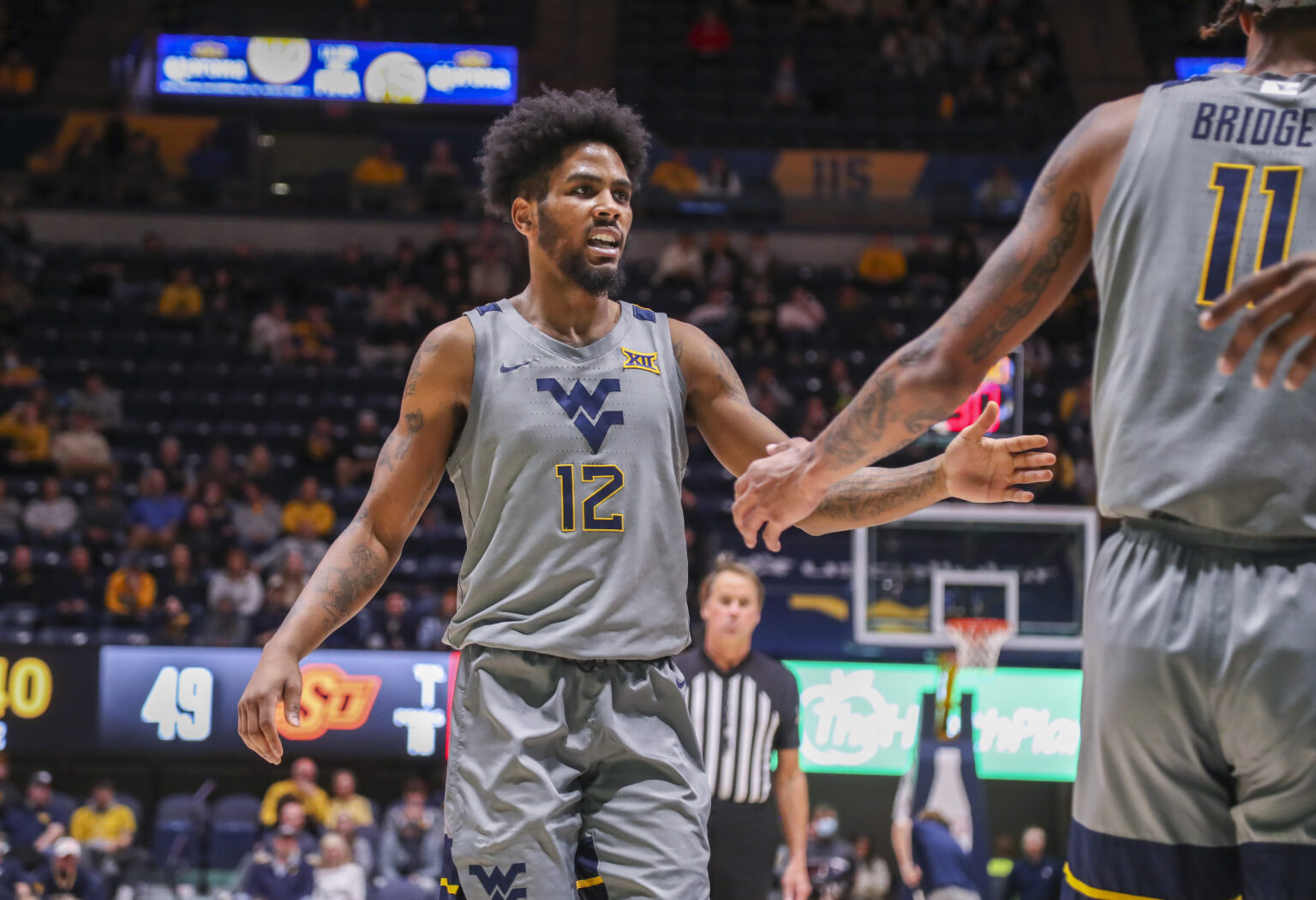 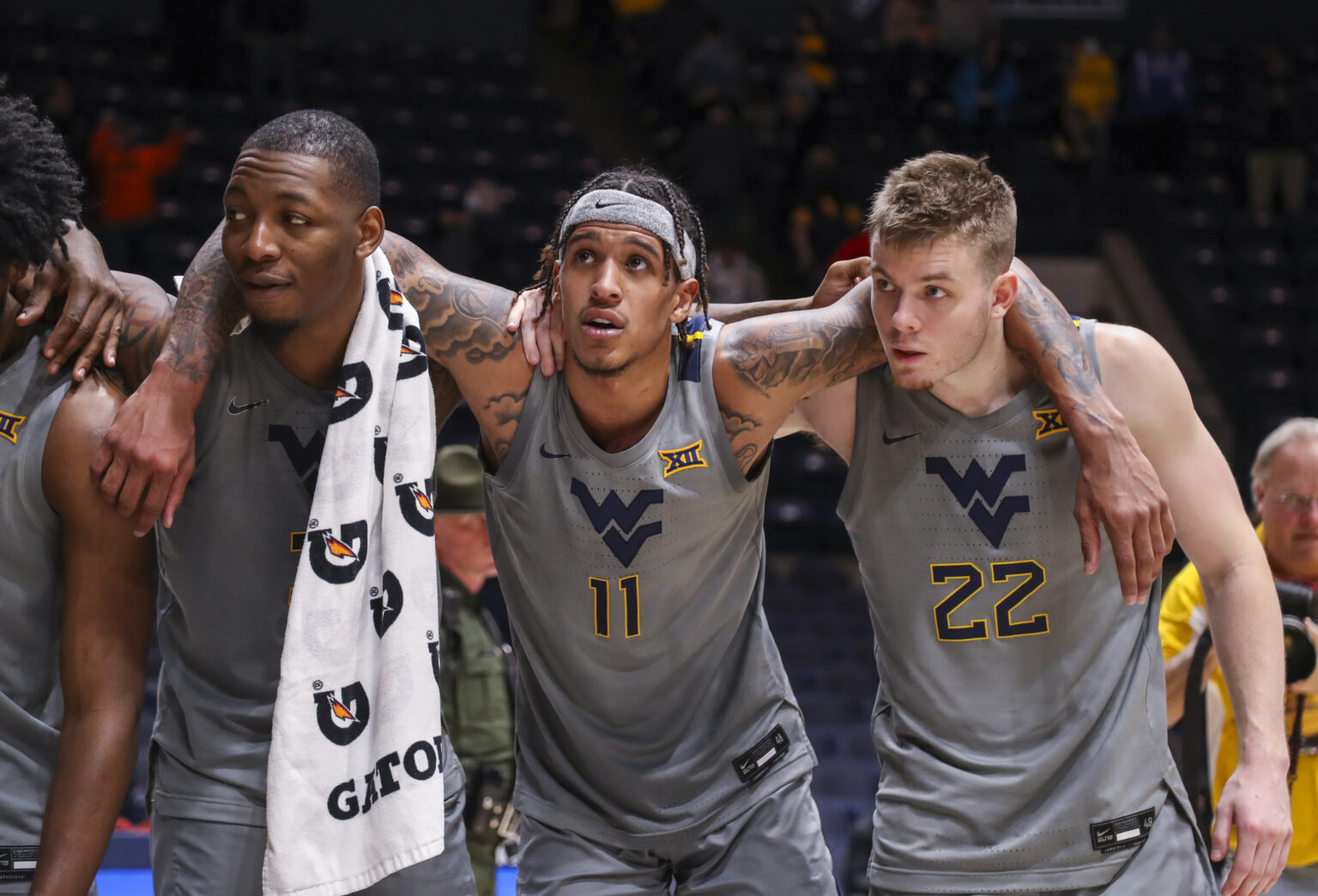 MORGANTOWN, W.Va. — Fairmont native Jalen Bridges tied his career-high with 22 points and the Mountaineers put on a clinic from the charity stripe en route to a 70-60 win over Oklahoma State late Tuesday evening at the Coliseum. With the win, West Virginia approaches the midway point of the regular season with a 13-2 record and their second consecutive Big 12 victory.

As a team, the Mountaineers made their first 15 free throw attempts in the game. They finished the contest making 21 of 22 from the line. West Virginia entered the game ranked last in the Big 12 Conference in free throw percentage.

“I think we had the right guys at the line,” said WVU head coach Bob Huggins. “Some of our guys, like Pauly (Paulicap), have worked really hard at it. I think he went two-for-two today. JB spent a lot of time. Gabe made some, that makes a huge difference when Gabe actually makes some.”

West Virginia created some separation from the Cowboys (8-6, 1-2 Big 12) midway through the first half. A Sean McNeil triple capped an 8-0 run and gave the Mountaineers an 18-12 lead. Osabuohien scored 7 consecutive points later in the half and West Virginia led 34-23 at intermission.

The Mountaineers extended their lead to 16 points at 51-35 midway through the second half. OSU answered with an 11-1 run to pull within 7 points at 53-46 with eight minutes to play. However, West Virginia used an 11-1 run of their own to pull away. They kept a double digit lead for the remainder of the game.

Bridges led West Virginia’s parade to the free throw line by connecting on all 10 of his attempts. He also pulled down 5 rebounds.

“He has a really good understanding of how to play,” Huggins said. “His dad (Cory) did a great job with him growing up. He probably has a better understanding of what’s supposed to happen, compared to everyone else. He’ll turn his head and make a cut to the basket. Maybe their defense gets a little mesmerized by the ball, and he’ll make a great cut. He does a great job at reading where the ball is coming off the rim. He does a lot of things a lot of guys don’t or can’t do. He really didn’t shoot it very well today. He got 22, but he didn’t shoot it very well. Not as well as he usually shoots it.”

Known for his defensive tenacity, Gabe Osabuohien showcased superior offensive moves. He scored a dozen points, which included a pair of acrobatic three-point plays. Osabuohien made all 4 of his free throw attempts and collected 8 rebounds.

“We work on free throws every day,” Osabuohien said. “Obviously it has been a major problem early in the season.  Going forward, we are aiming to shoot 80-90 percent every game. That’s going to make a difference and make games easier.”

“A lot of the time, what he does doesn’t really show up on the stat sheet,” Bridges said of Osabuohien’s play. “Just him providing the extra little boost on offense, it made things that much easier.”

With Texas Tech’s upset win against Baylor, no Big 12 team is sporting a perfect league record just four games into the league schedule.

“Every single team is going to give you their best shot every night. Night in and night out any team can get beat on any given night. Baylor, Kansas, whoever, it doesn’t matter. You have to play your hardest,” Bridges said.

“It is expected that we are ready to compete in the Big 12 every year. I feel like in our conference, there is not one team that is unbeatable. It is anybody’s race.” Osabuohien said.