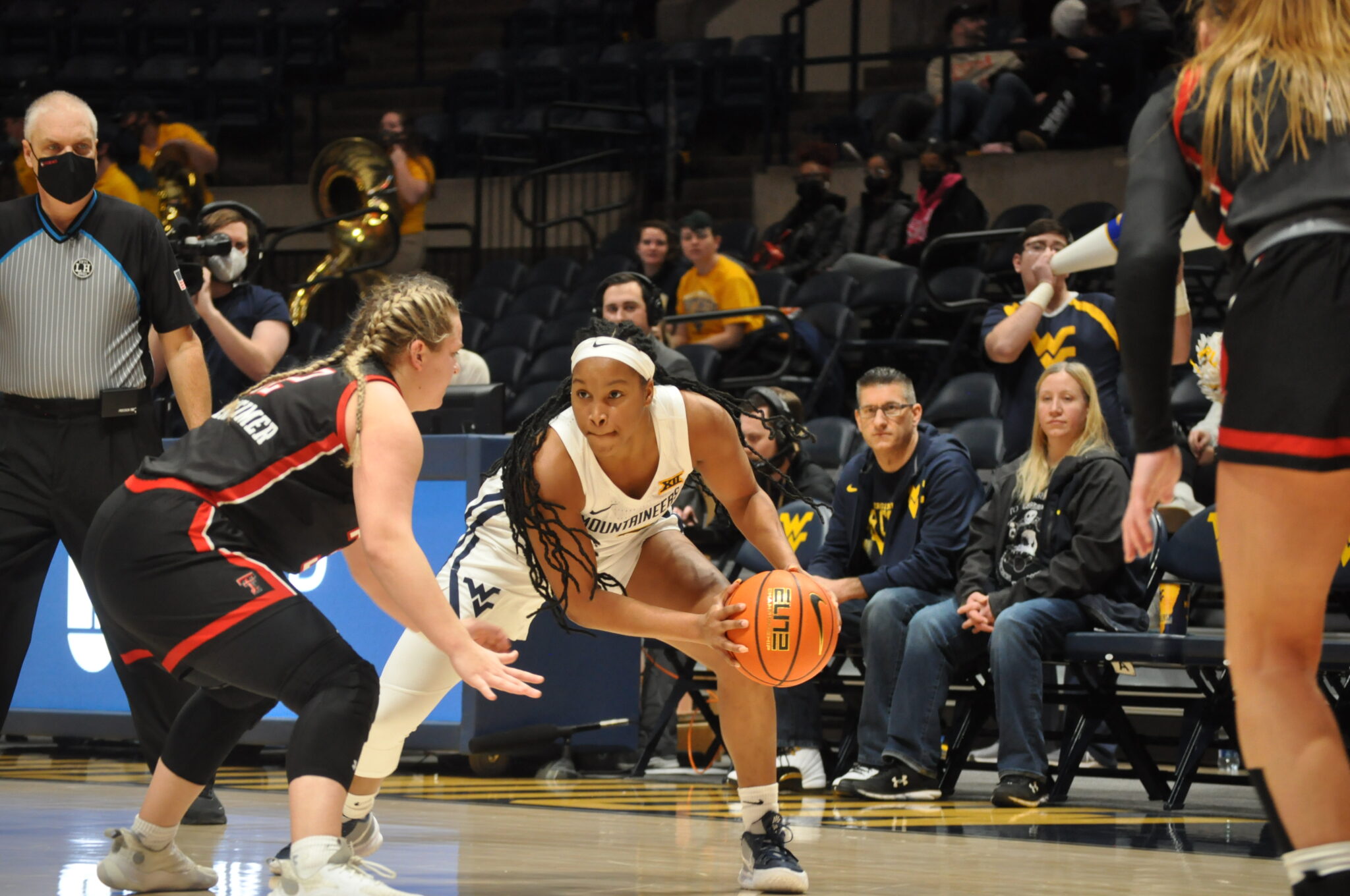 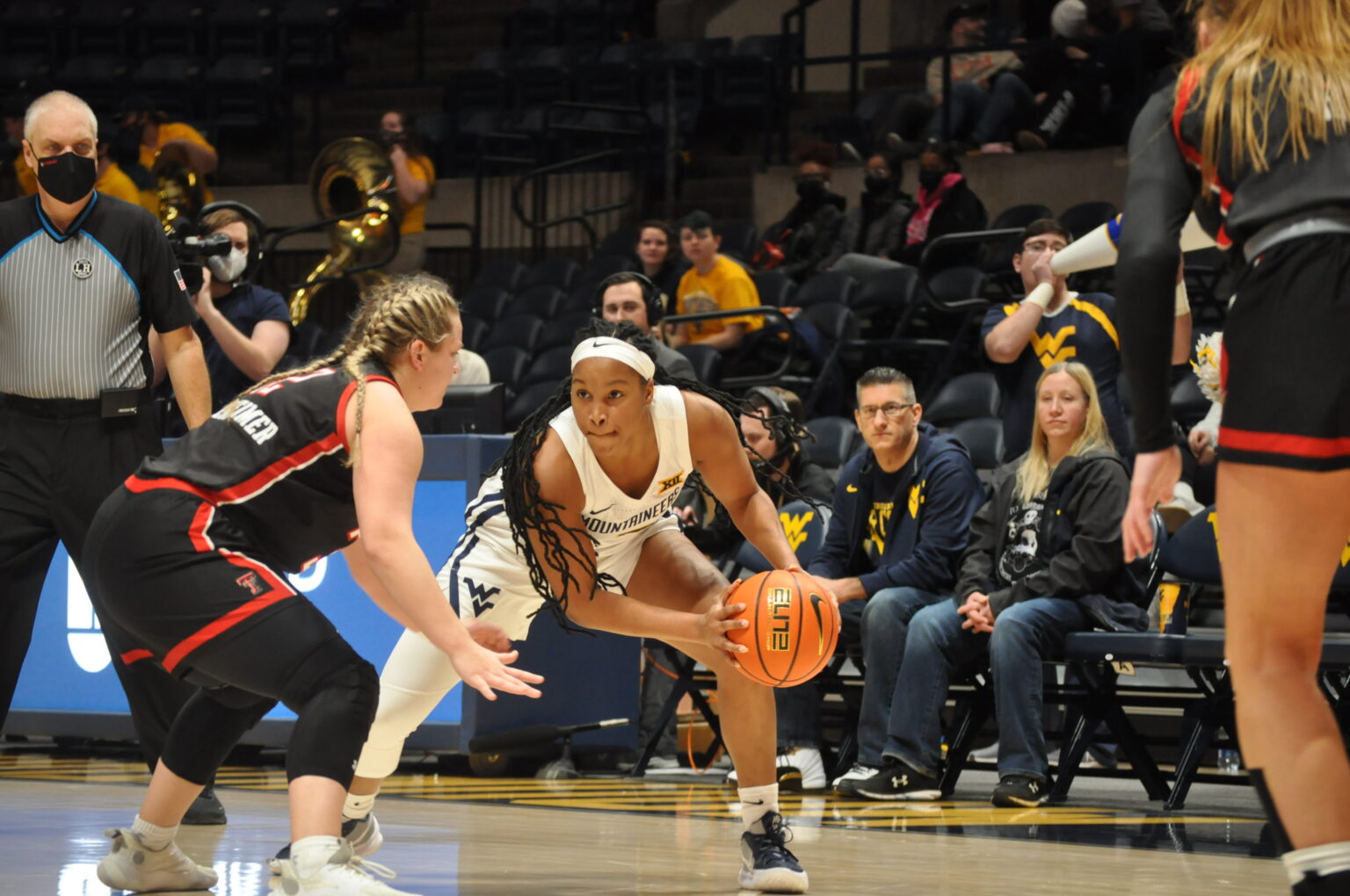 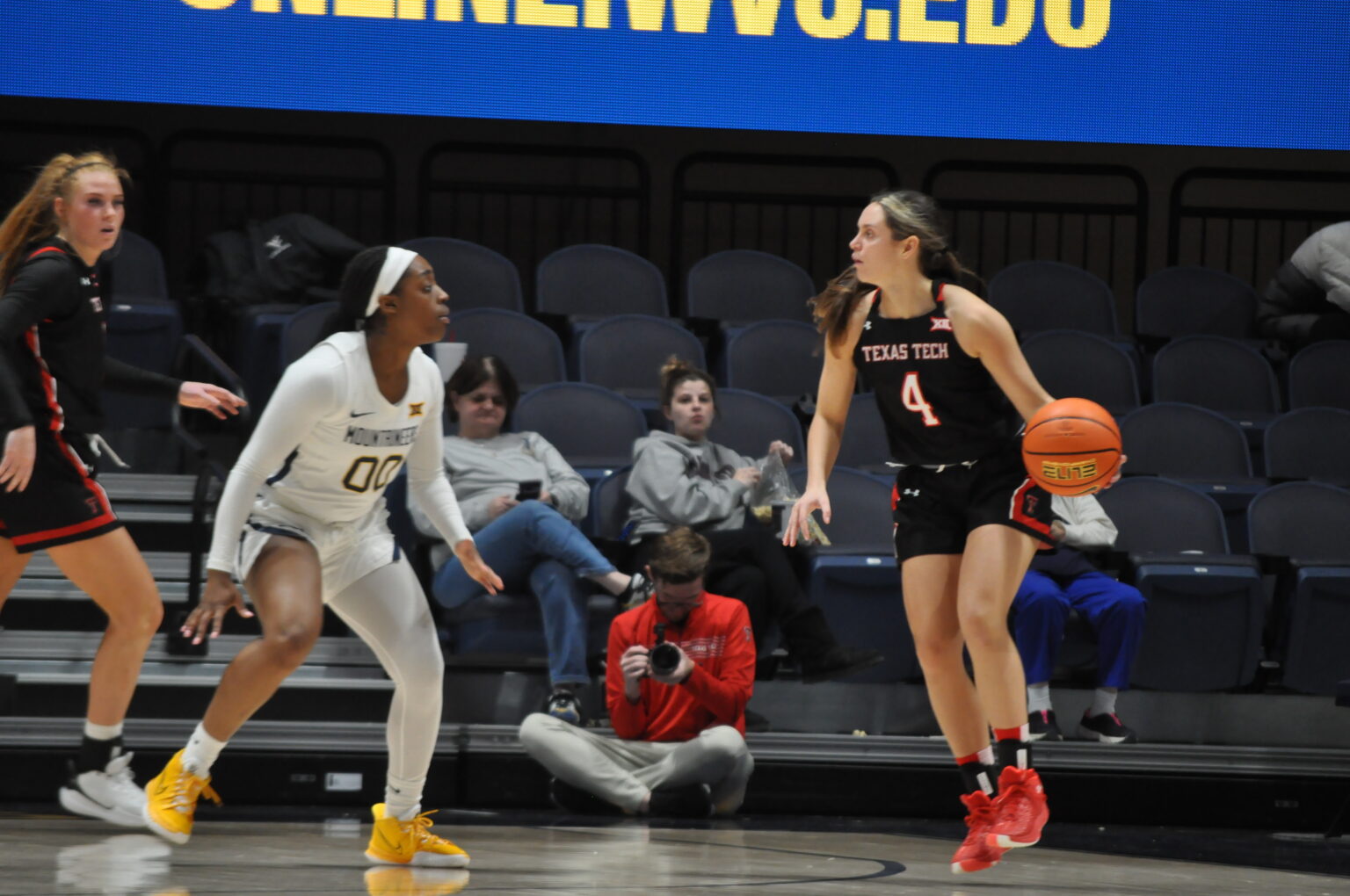 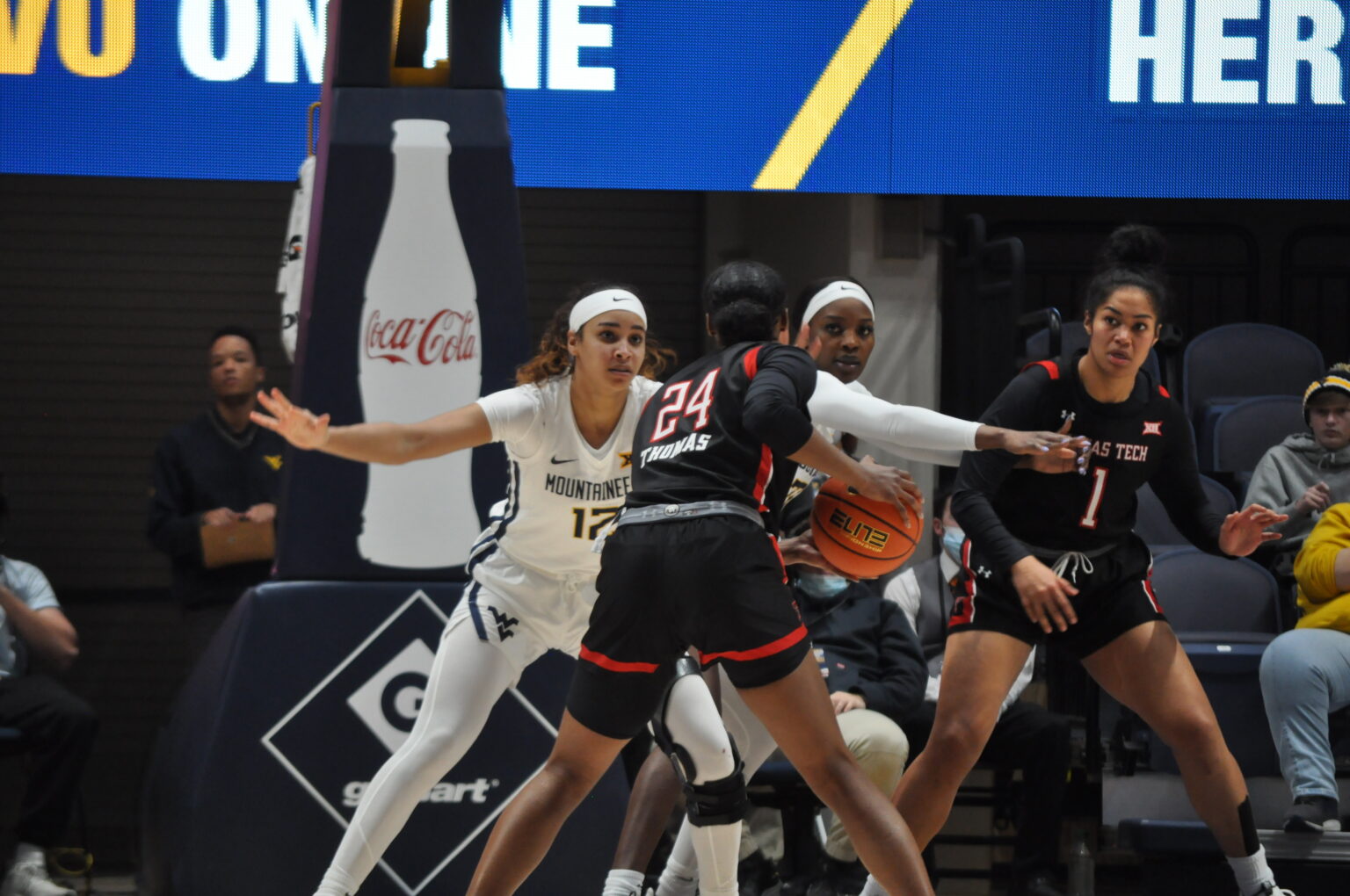 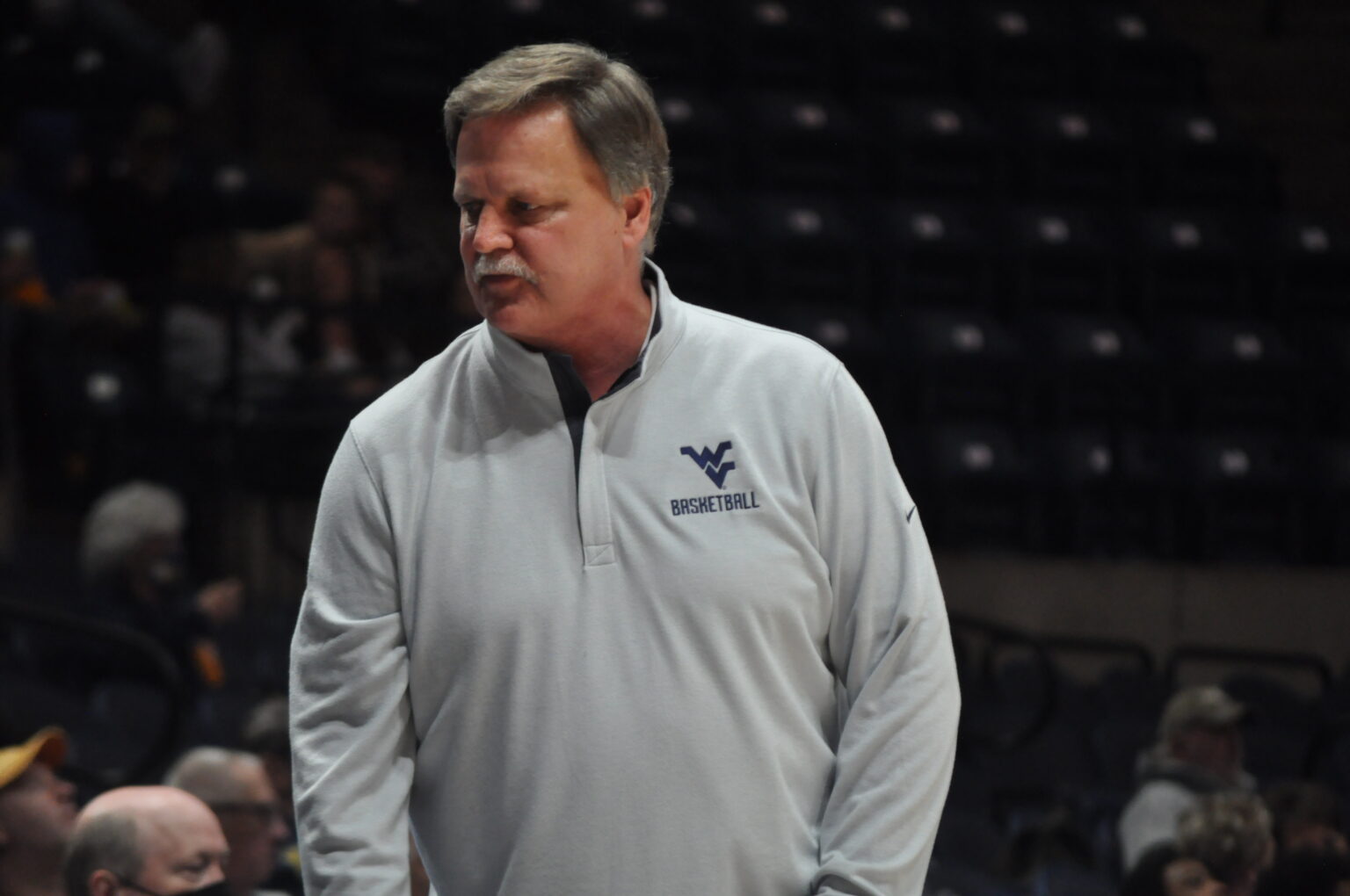 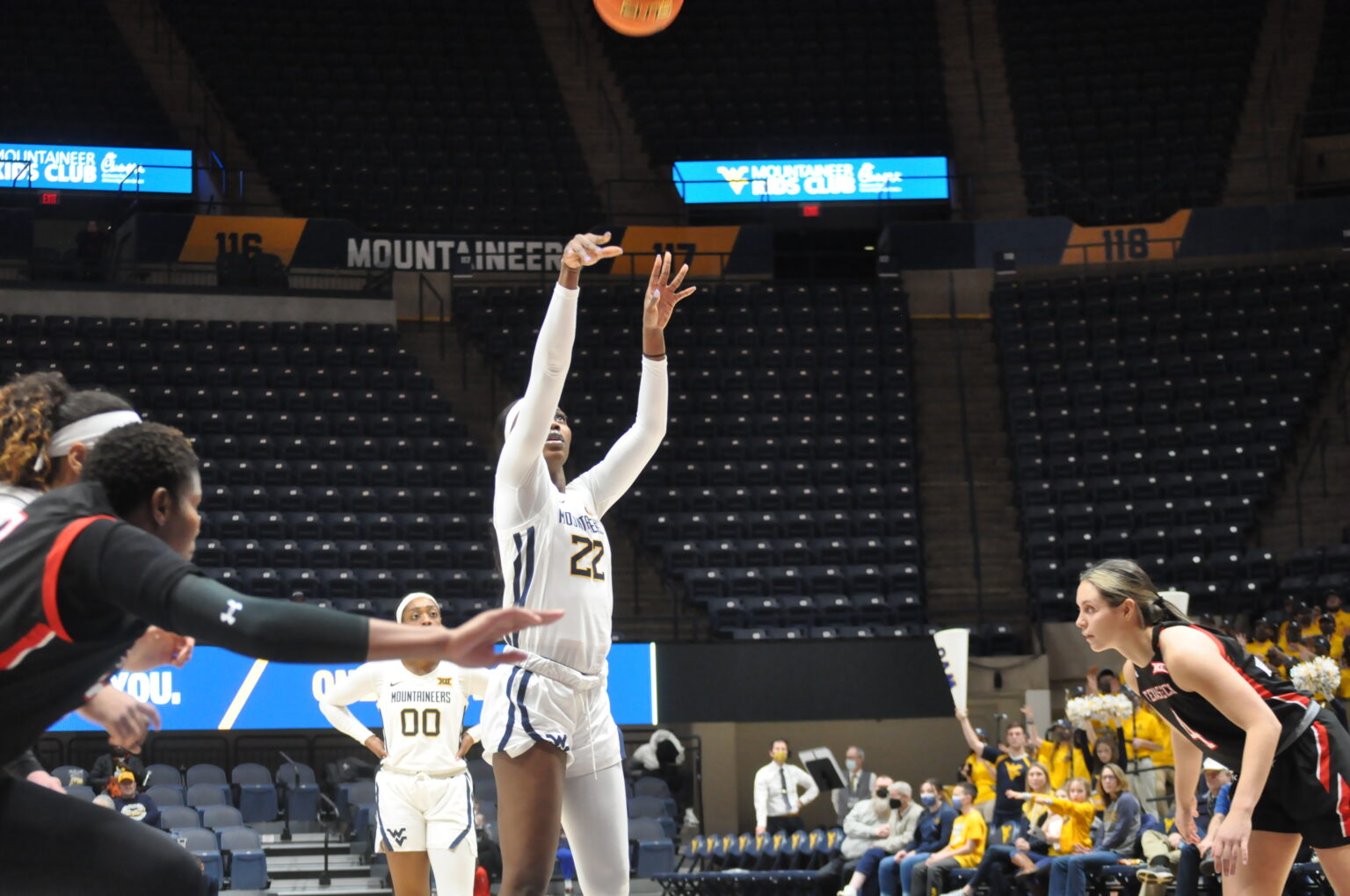 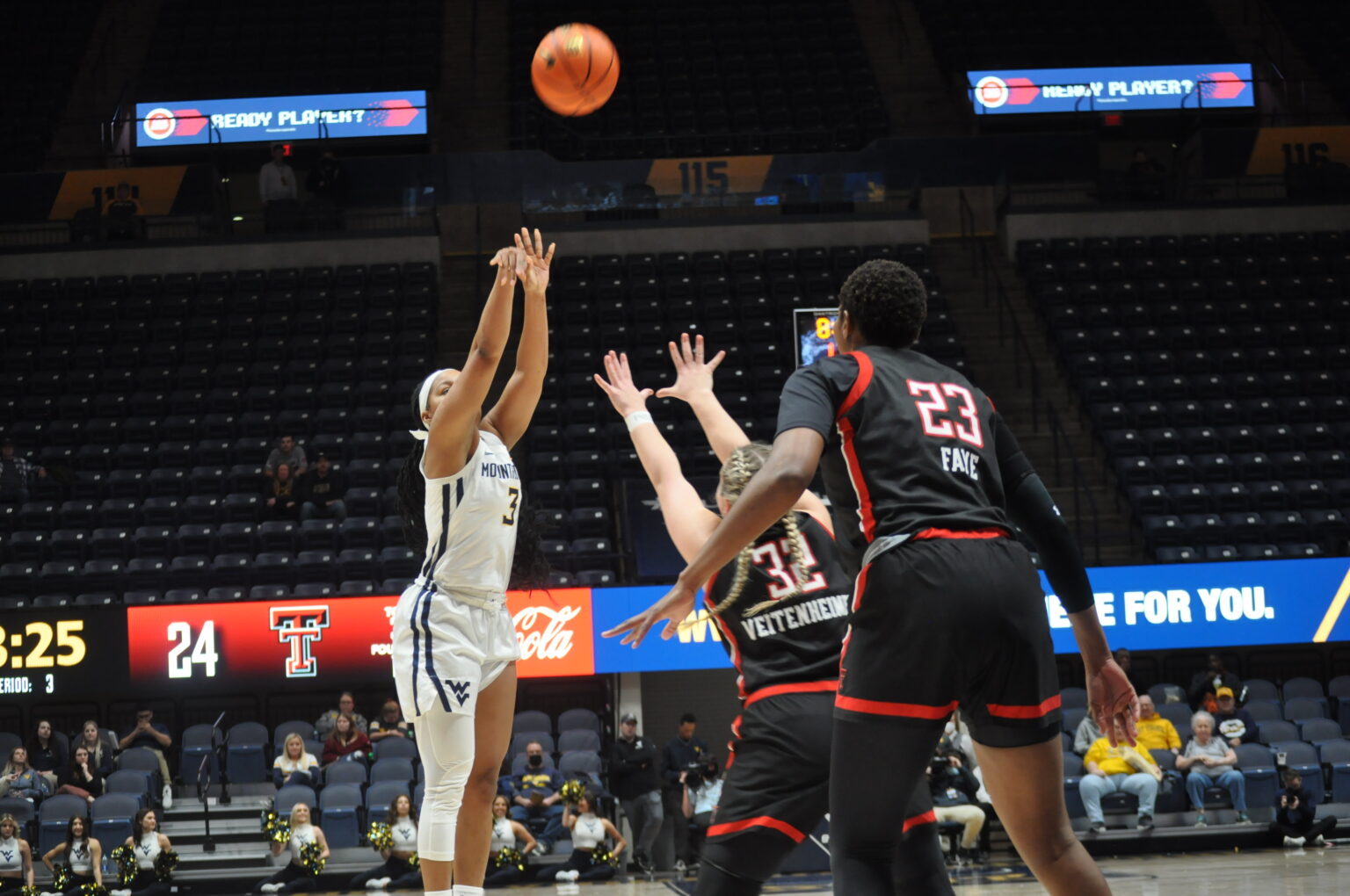 WVU's KK Deans lets one fly from the perimeter. Photo by Greg Carey/WVMetroNews.com 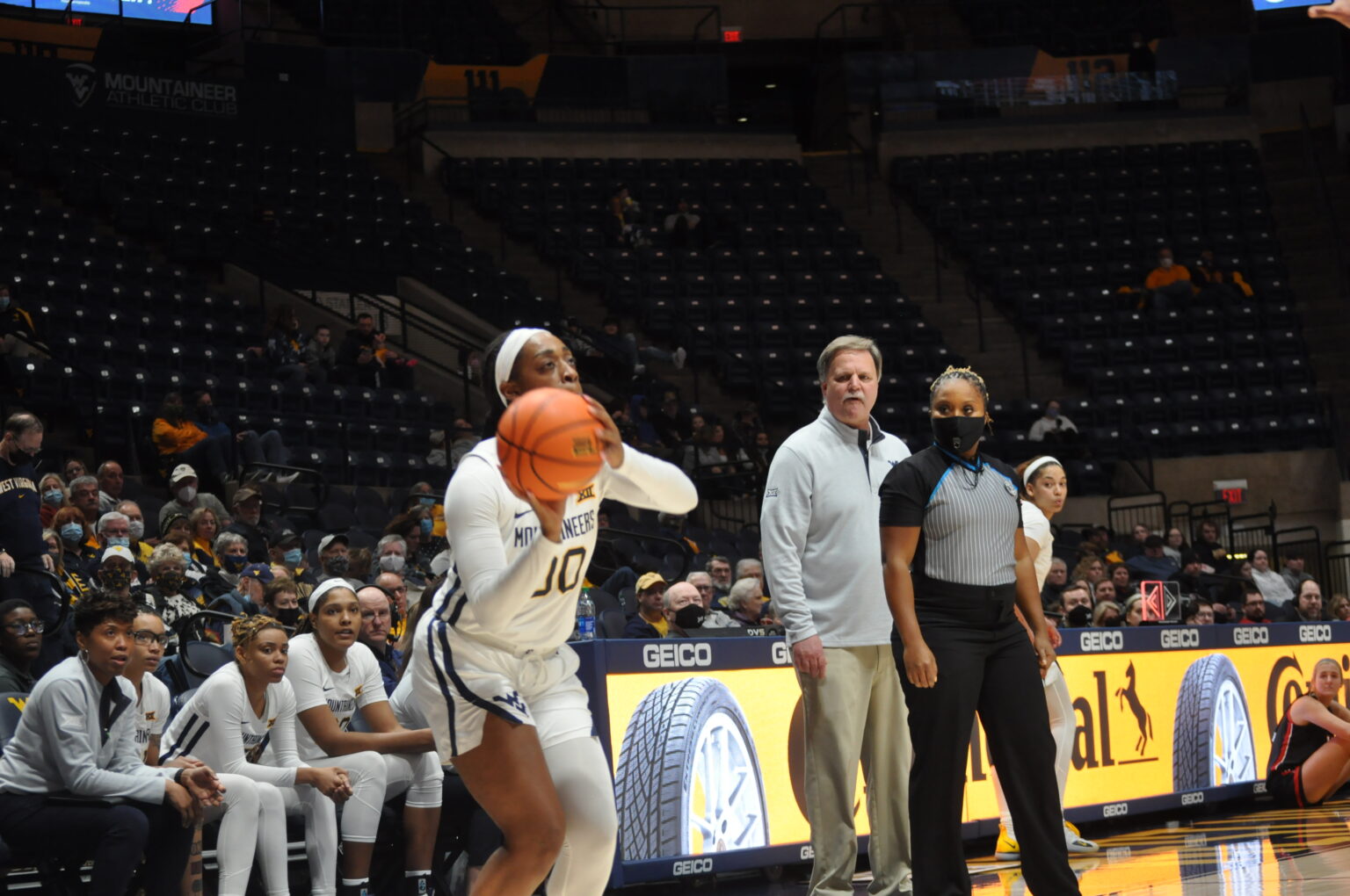 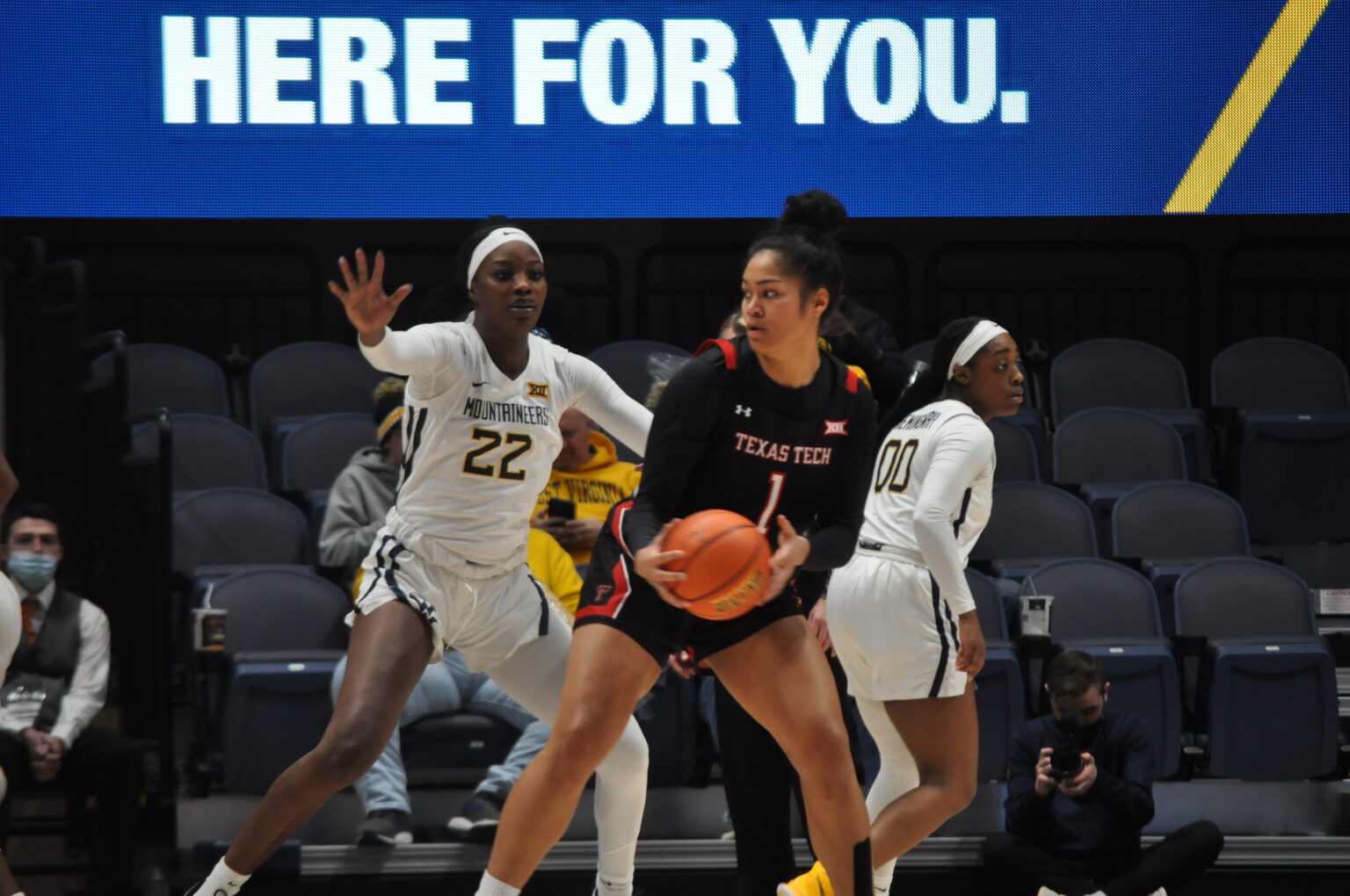 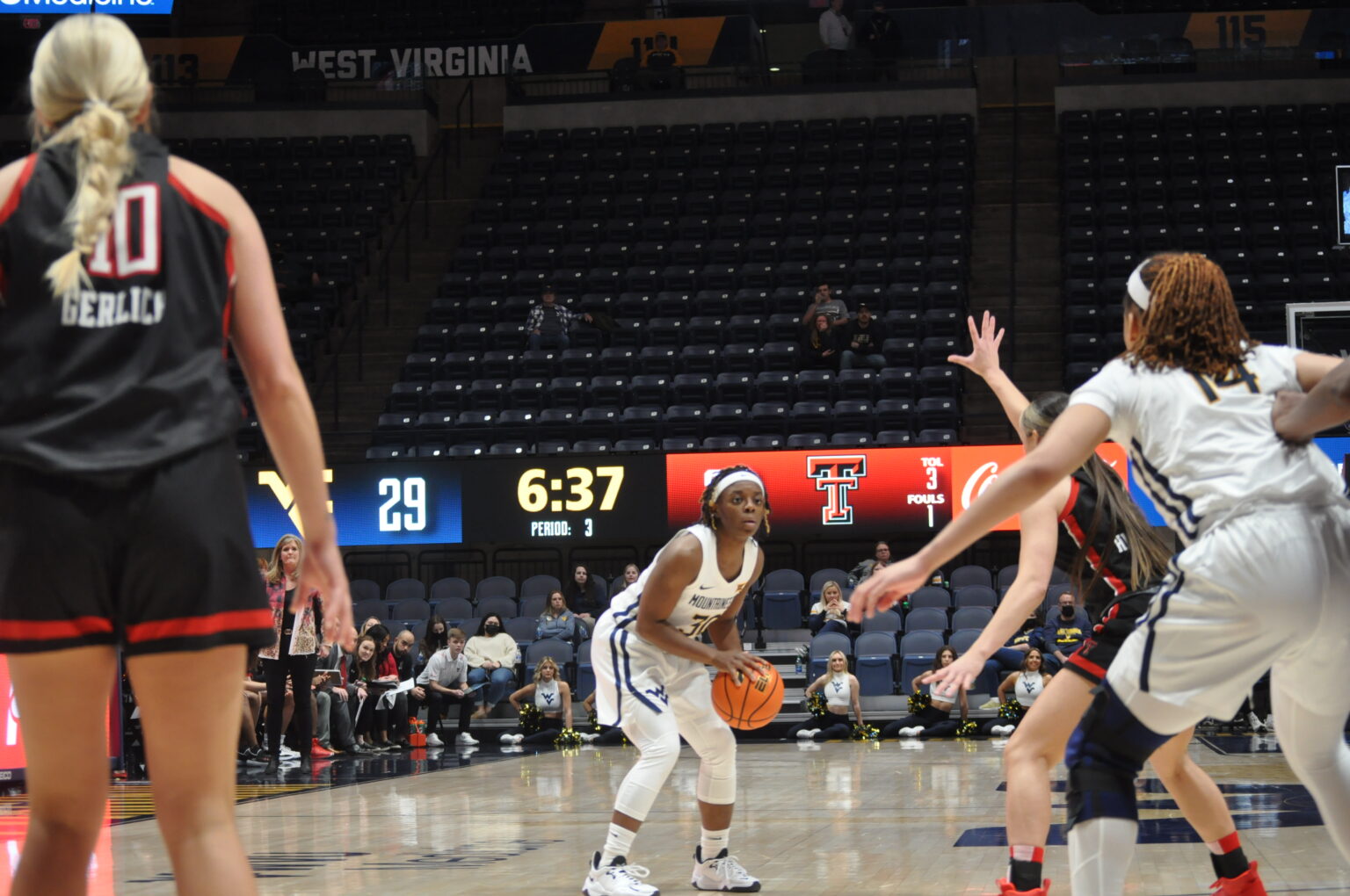 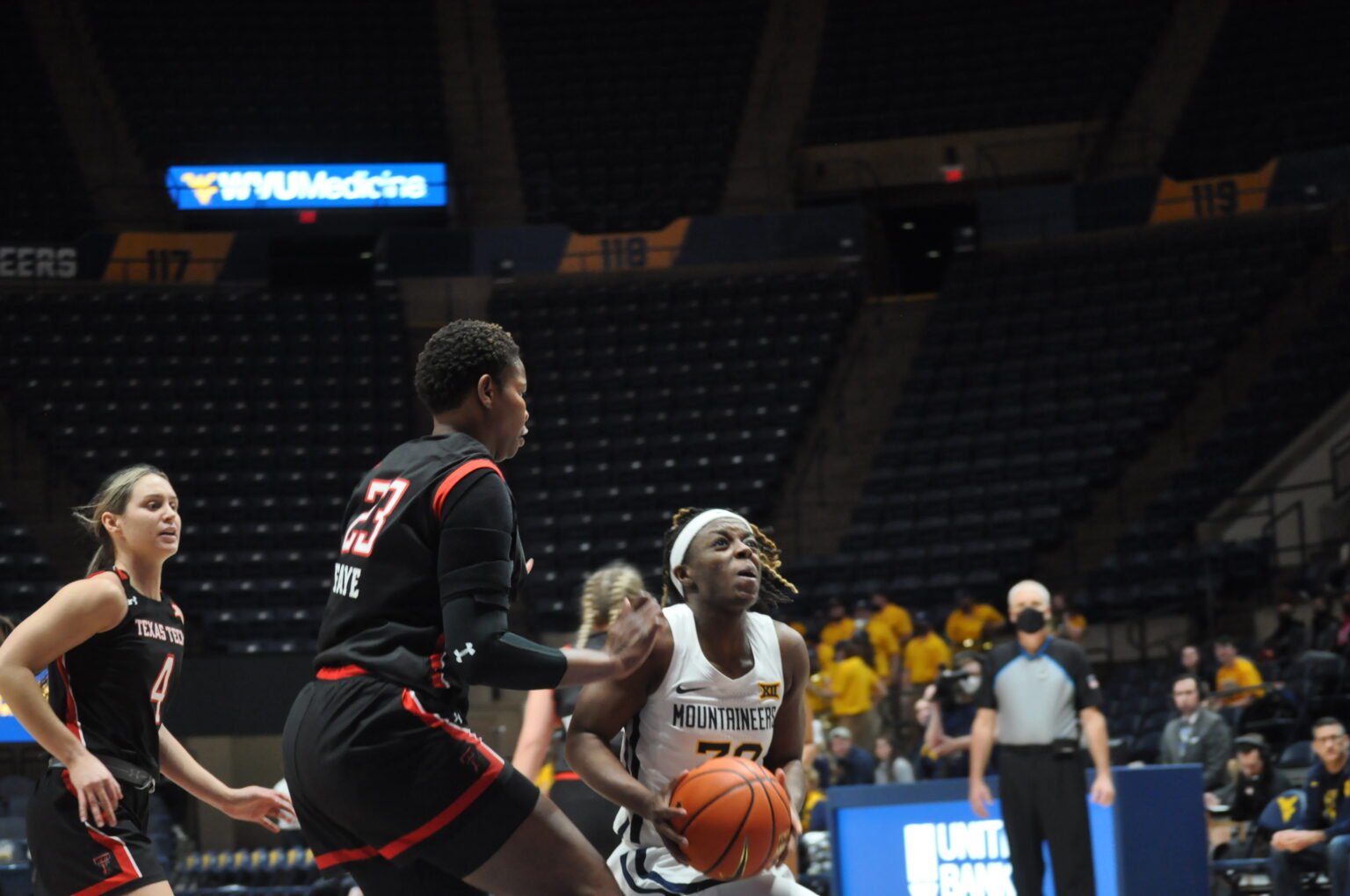 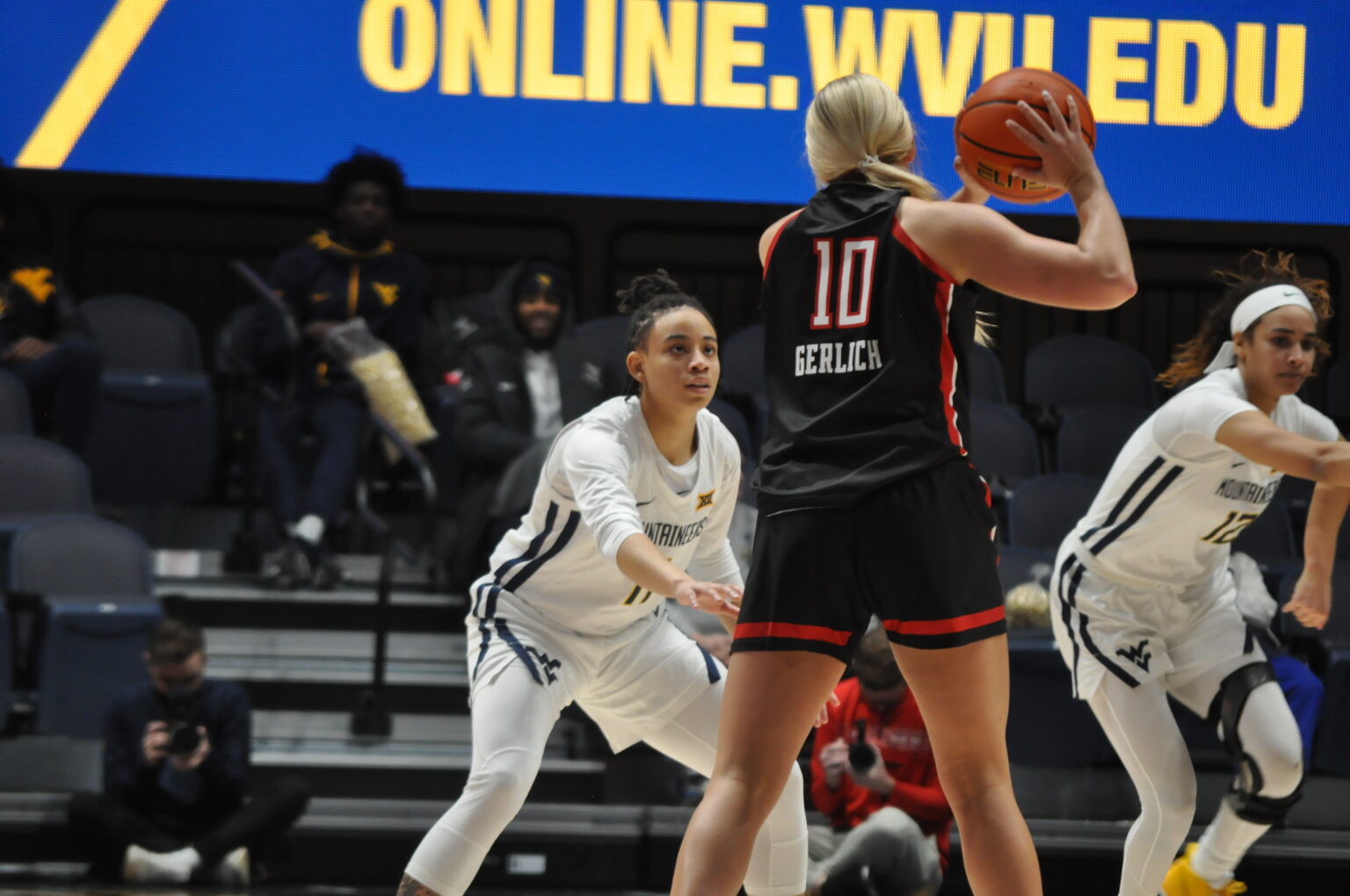 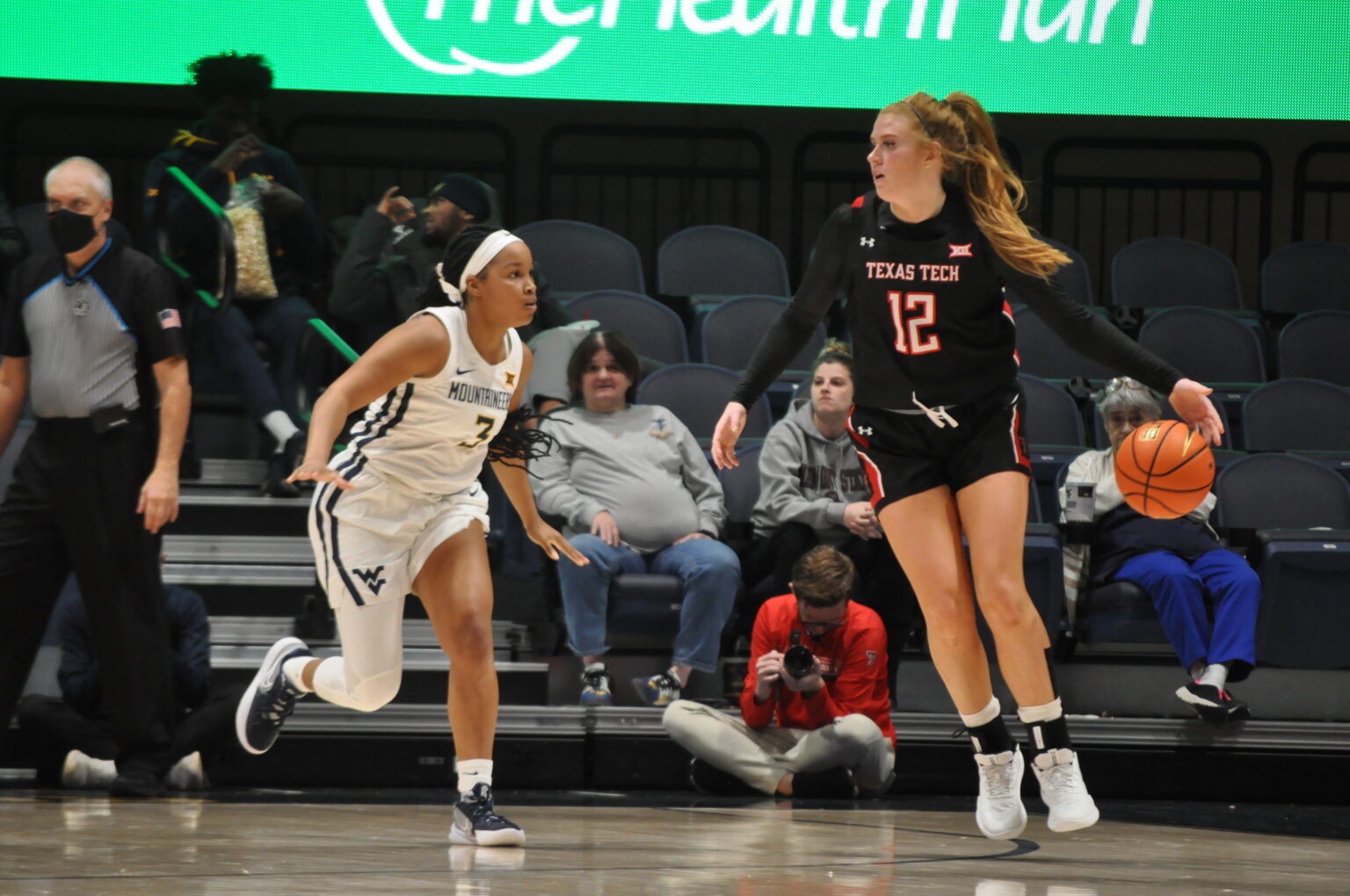 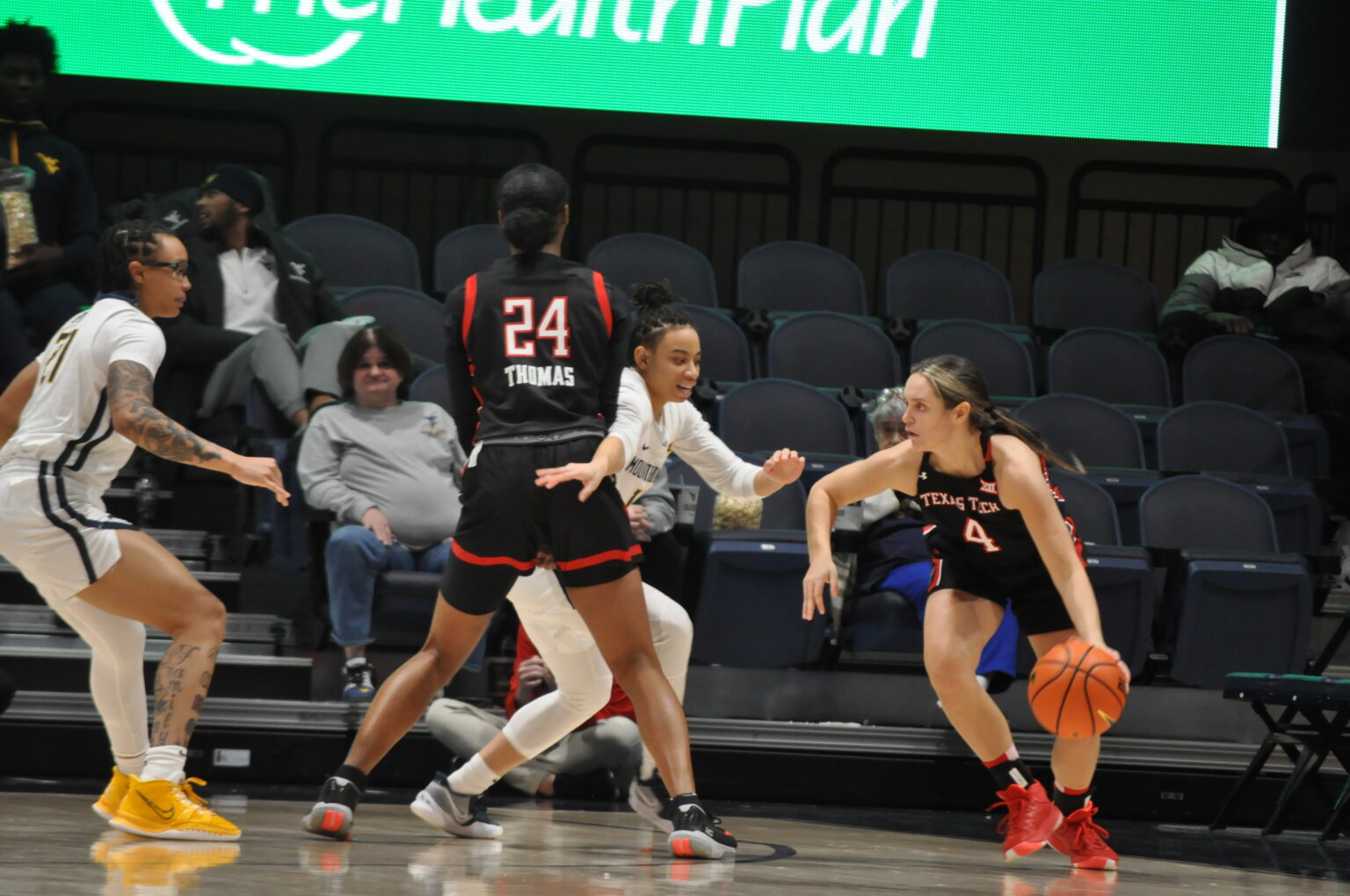 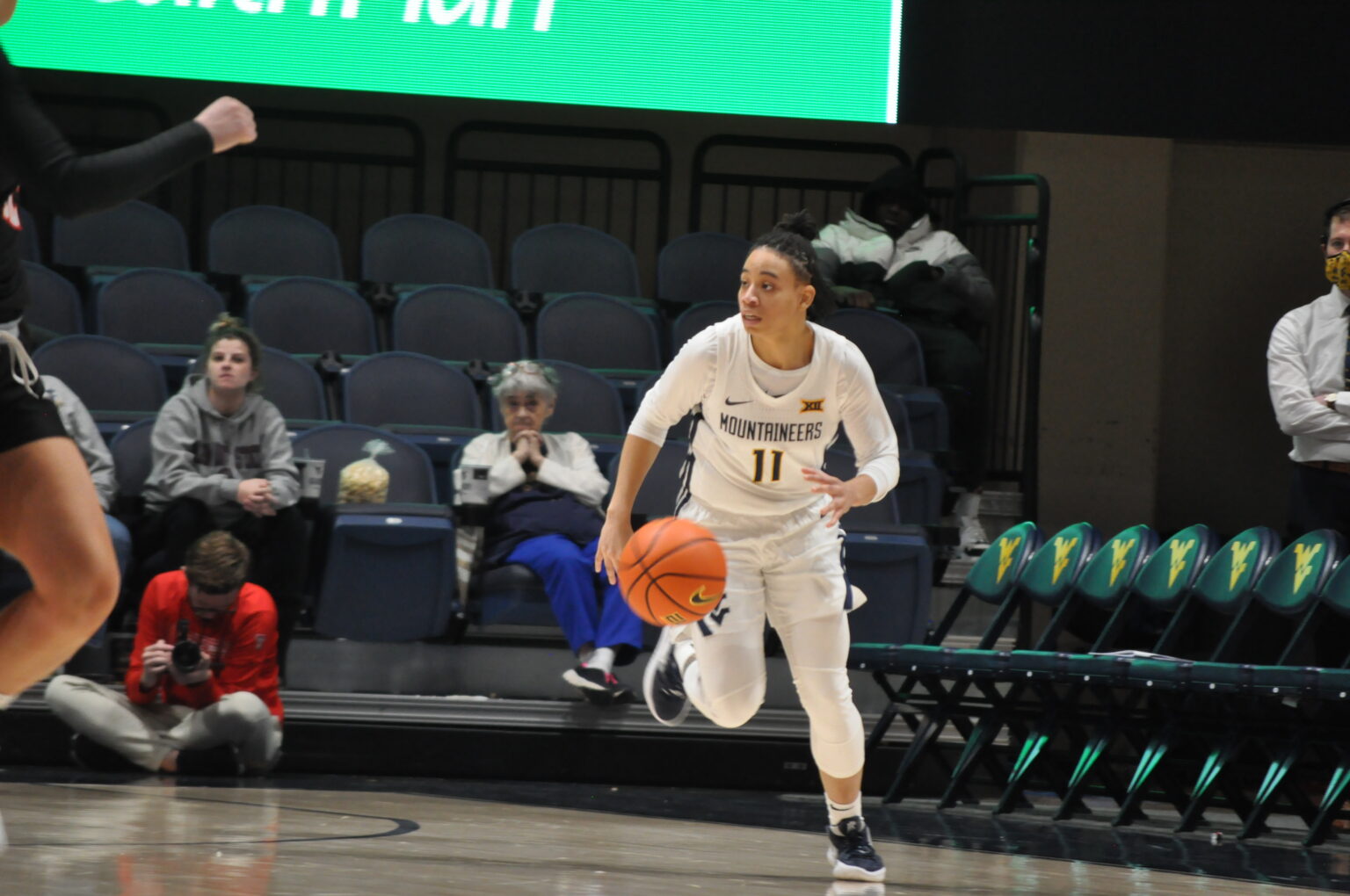 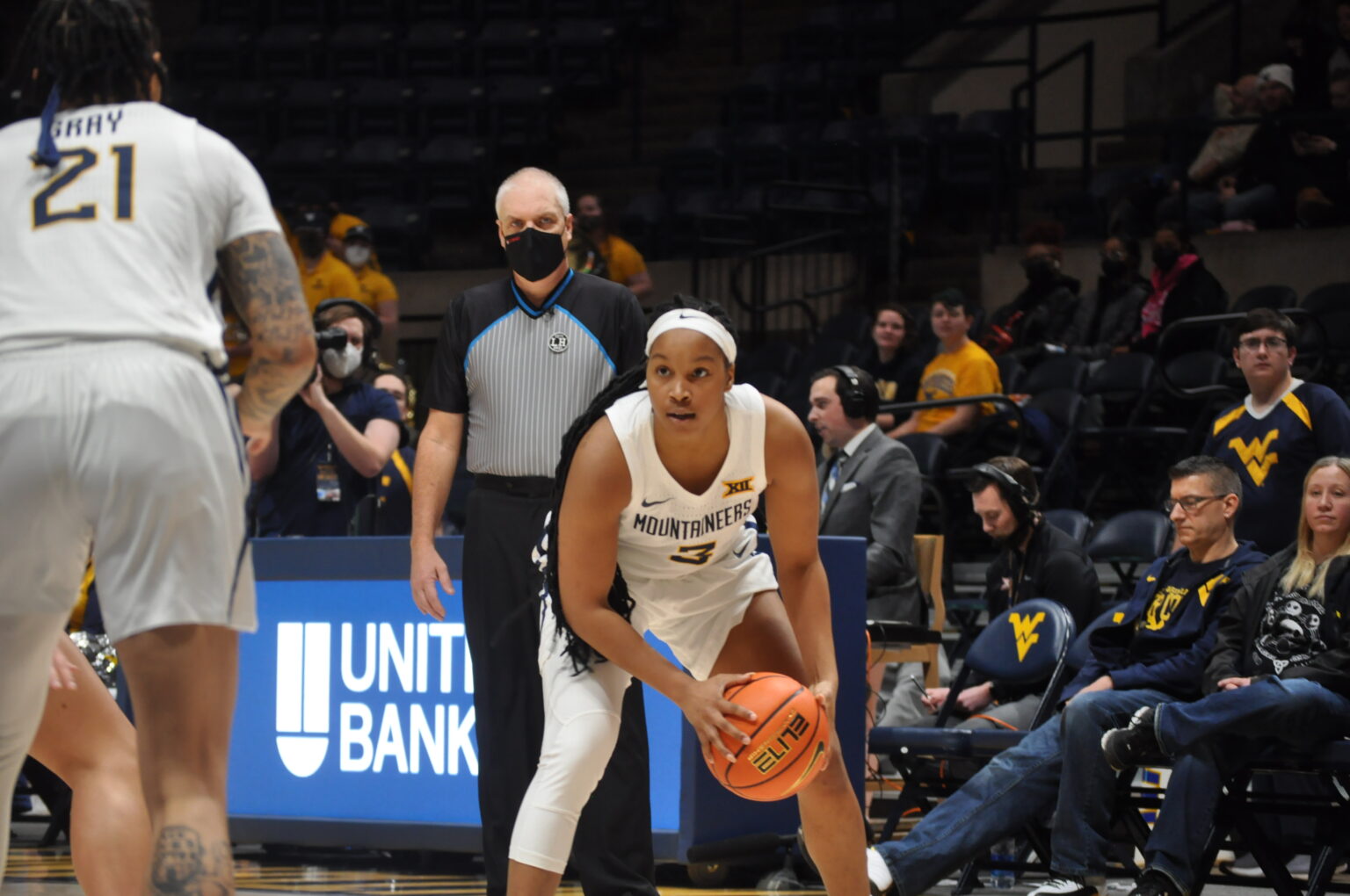 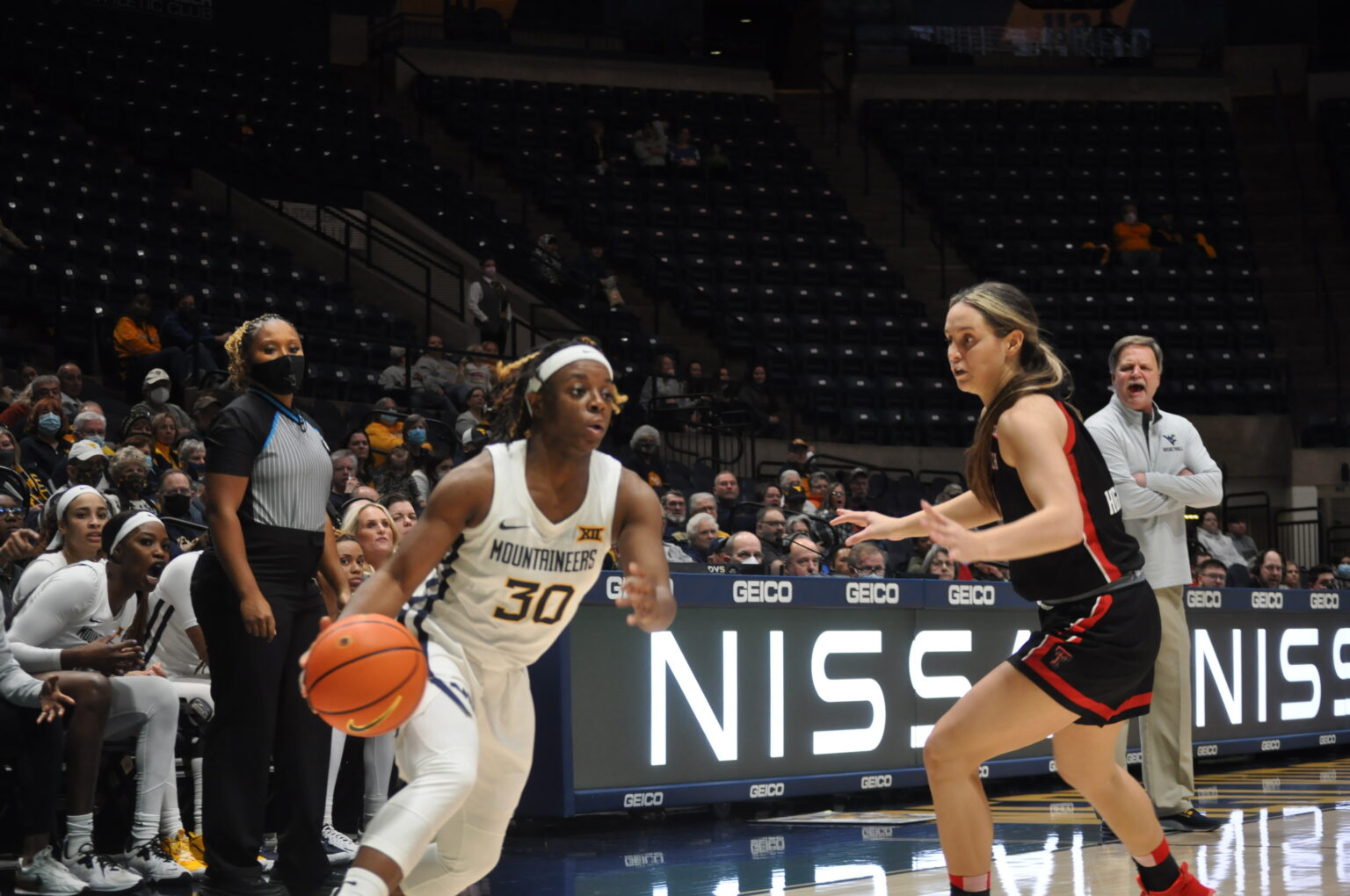 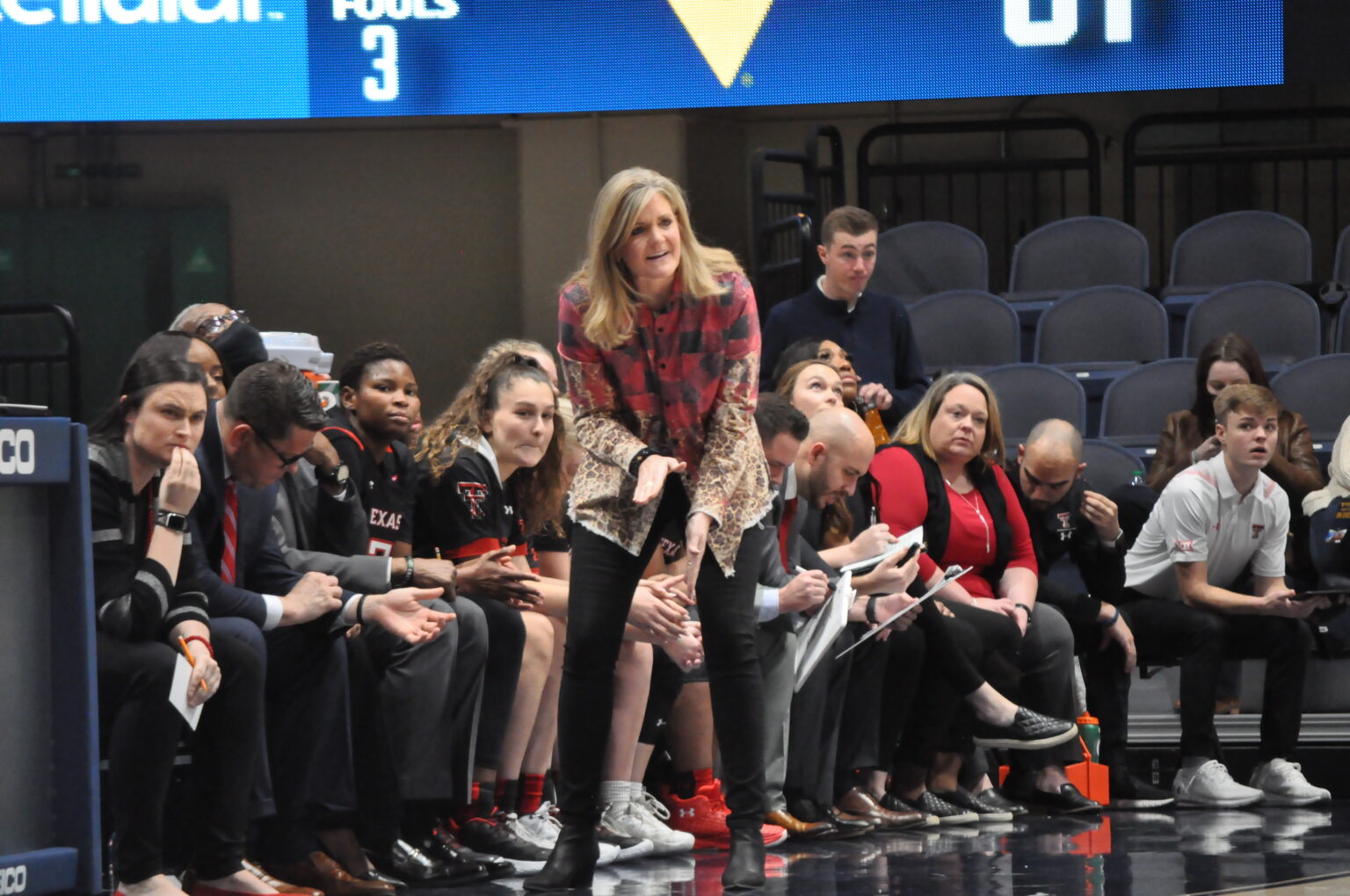 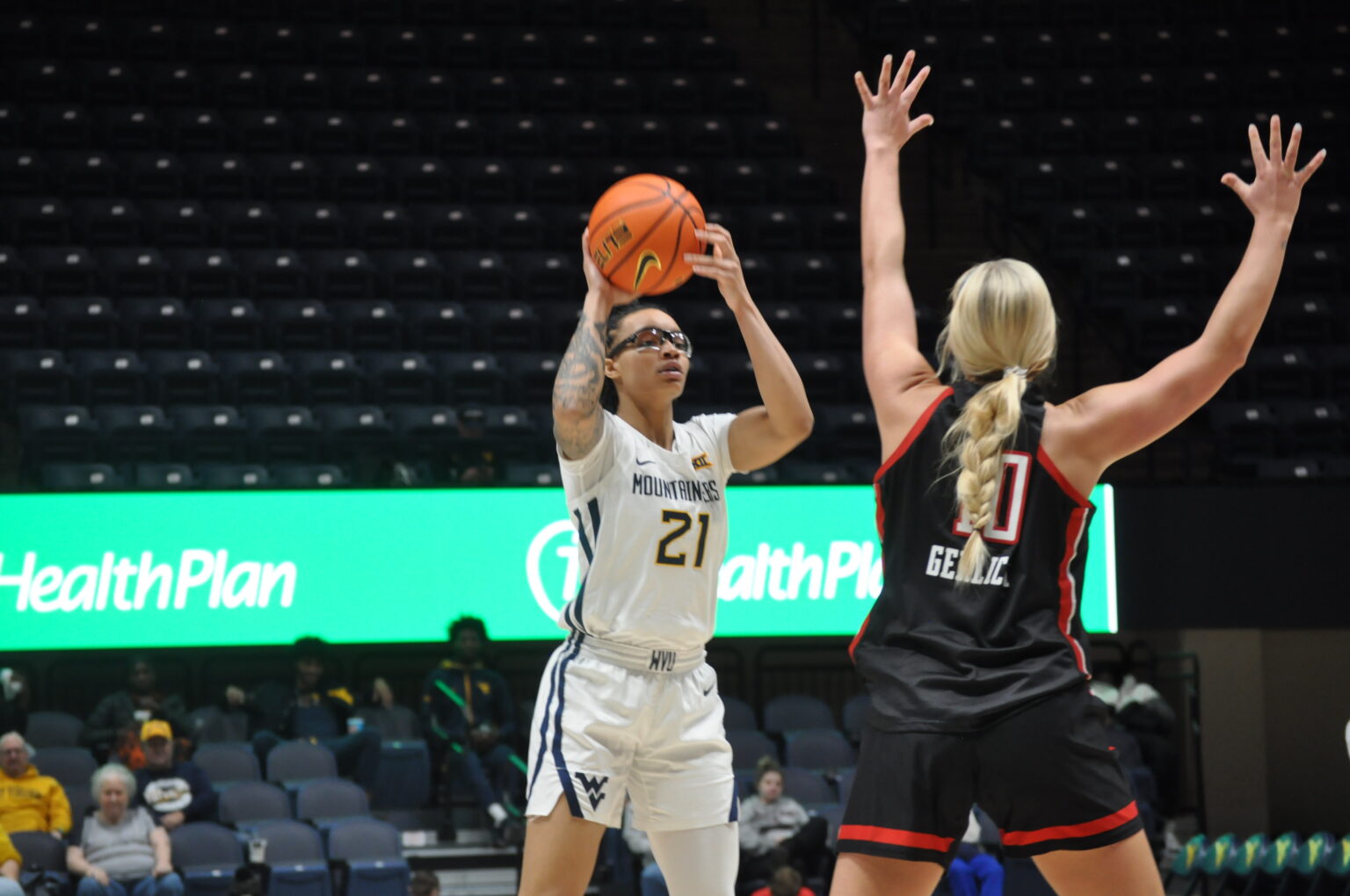 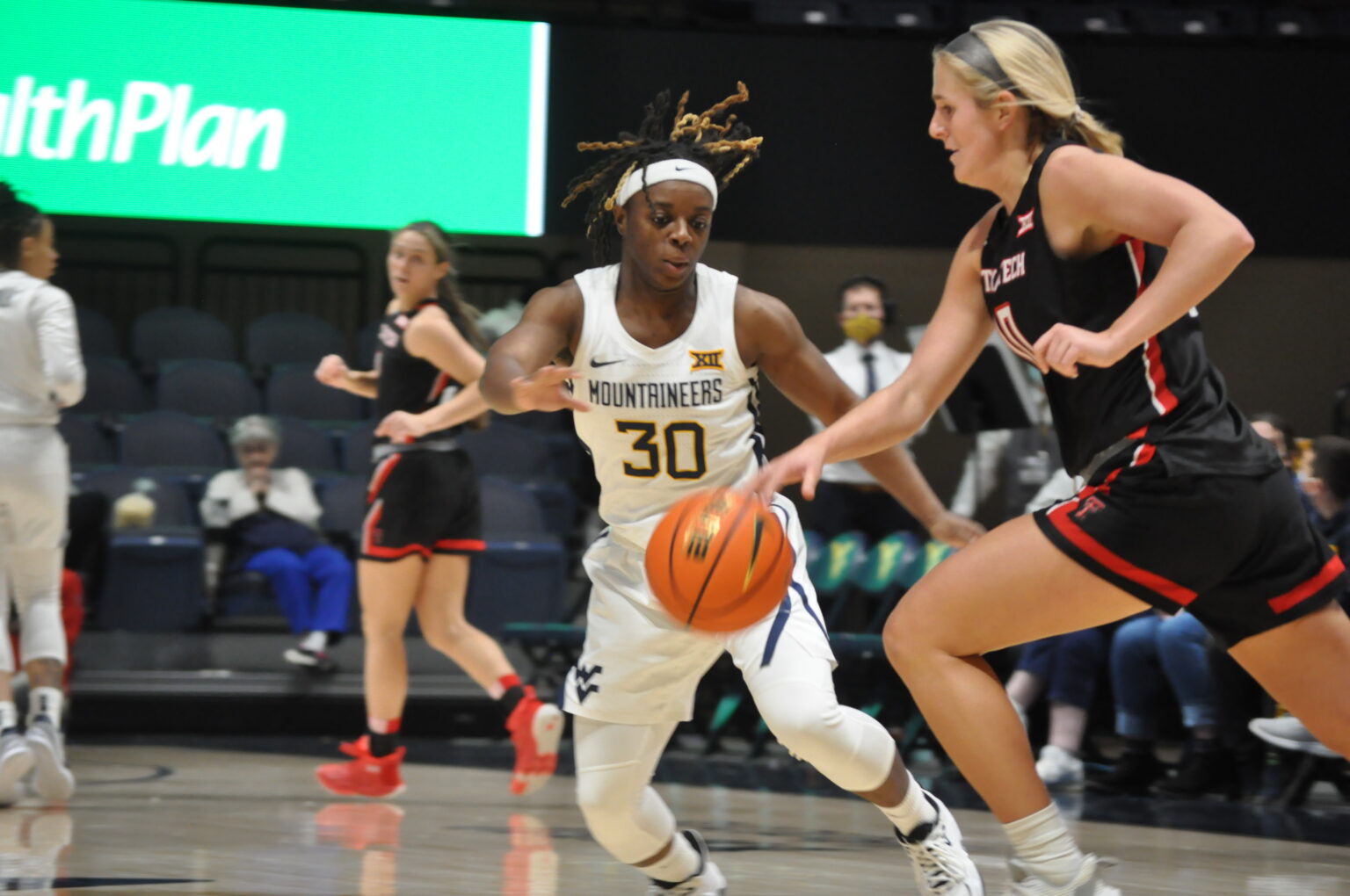 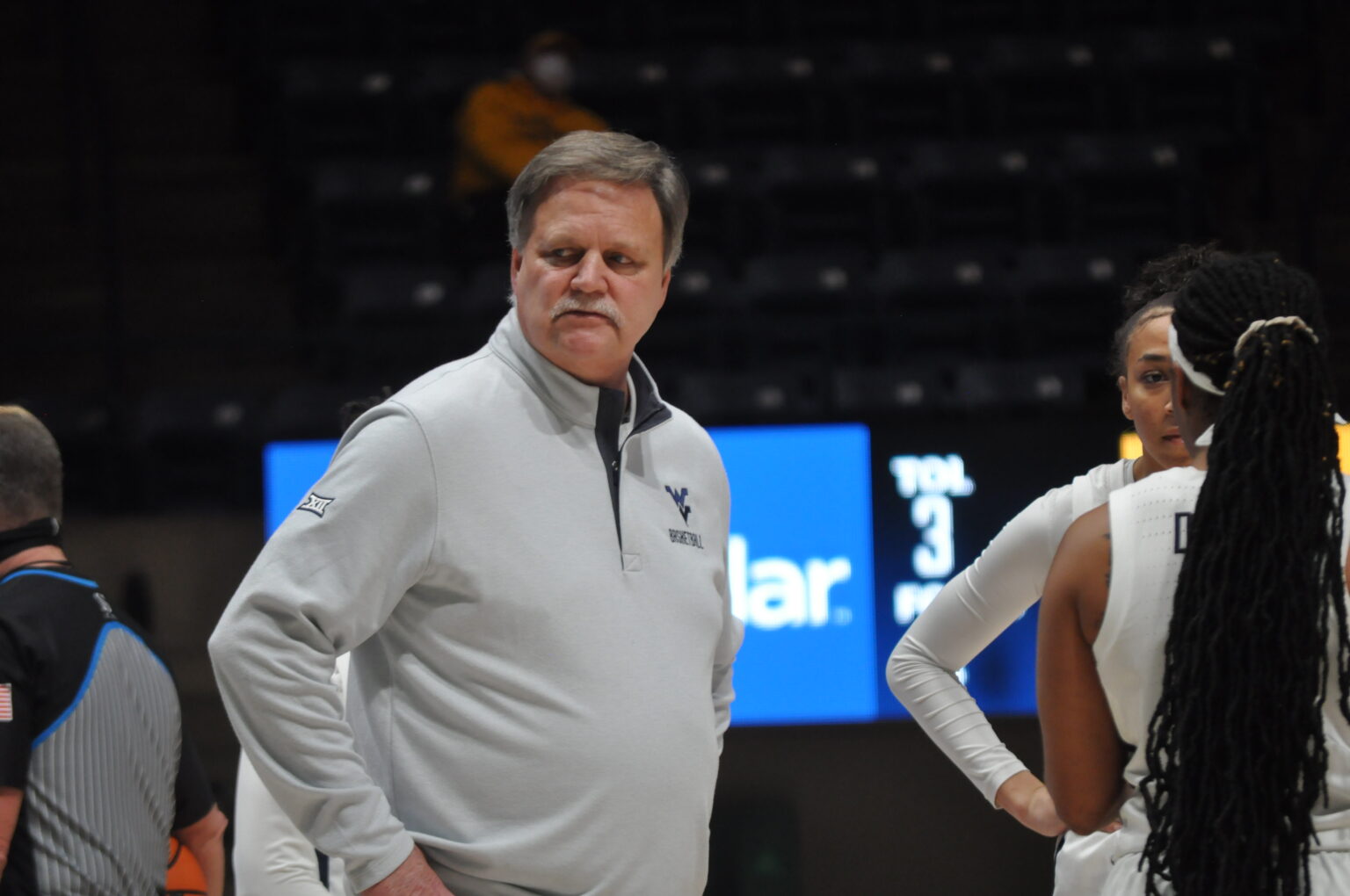 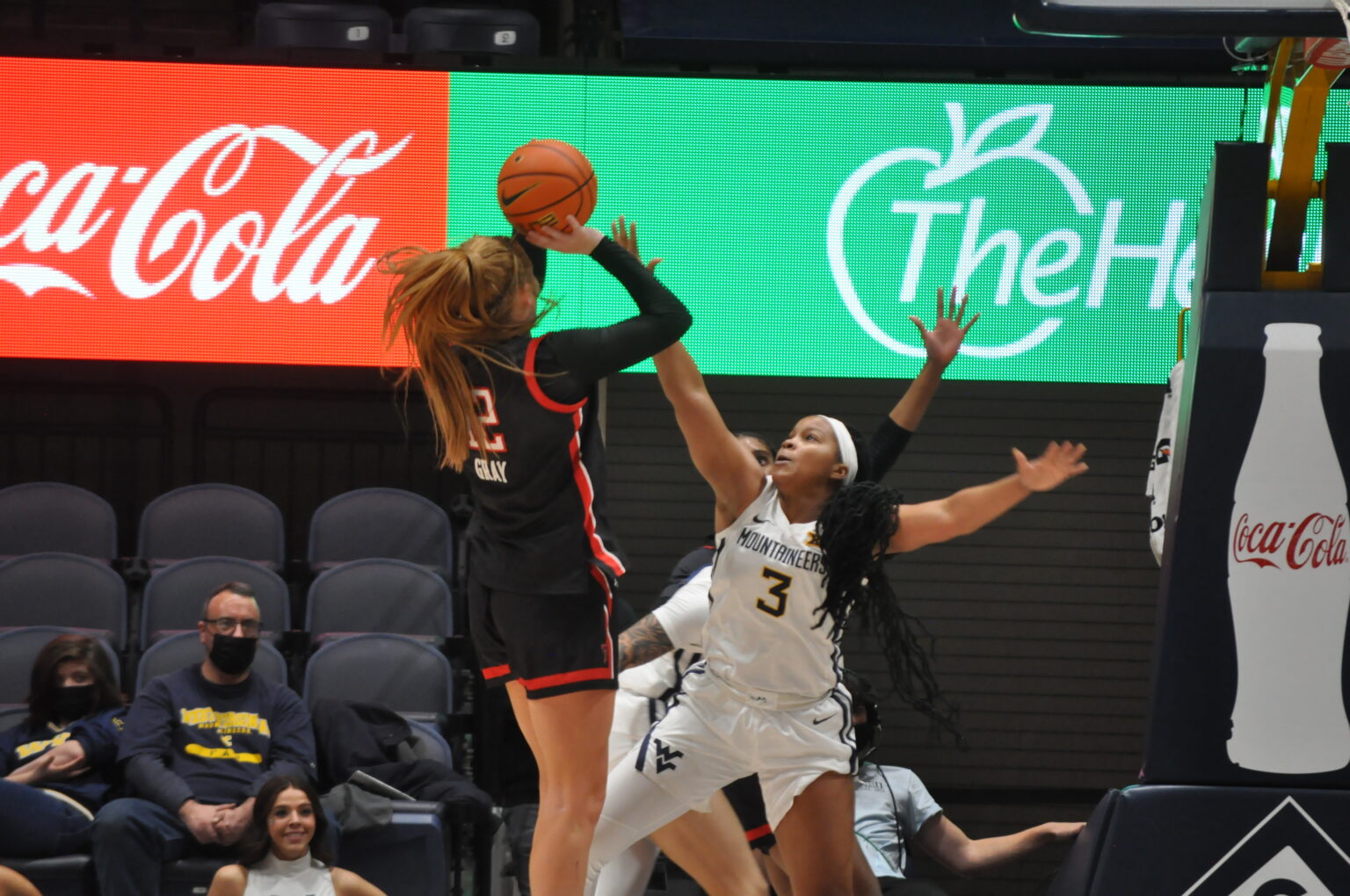 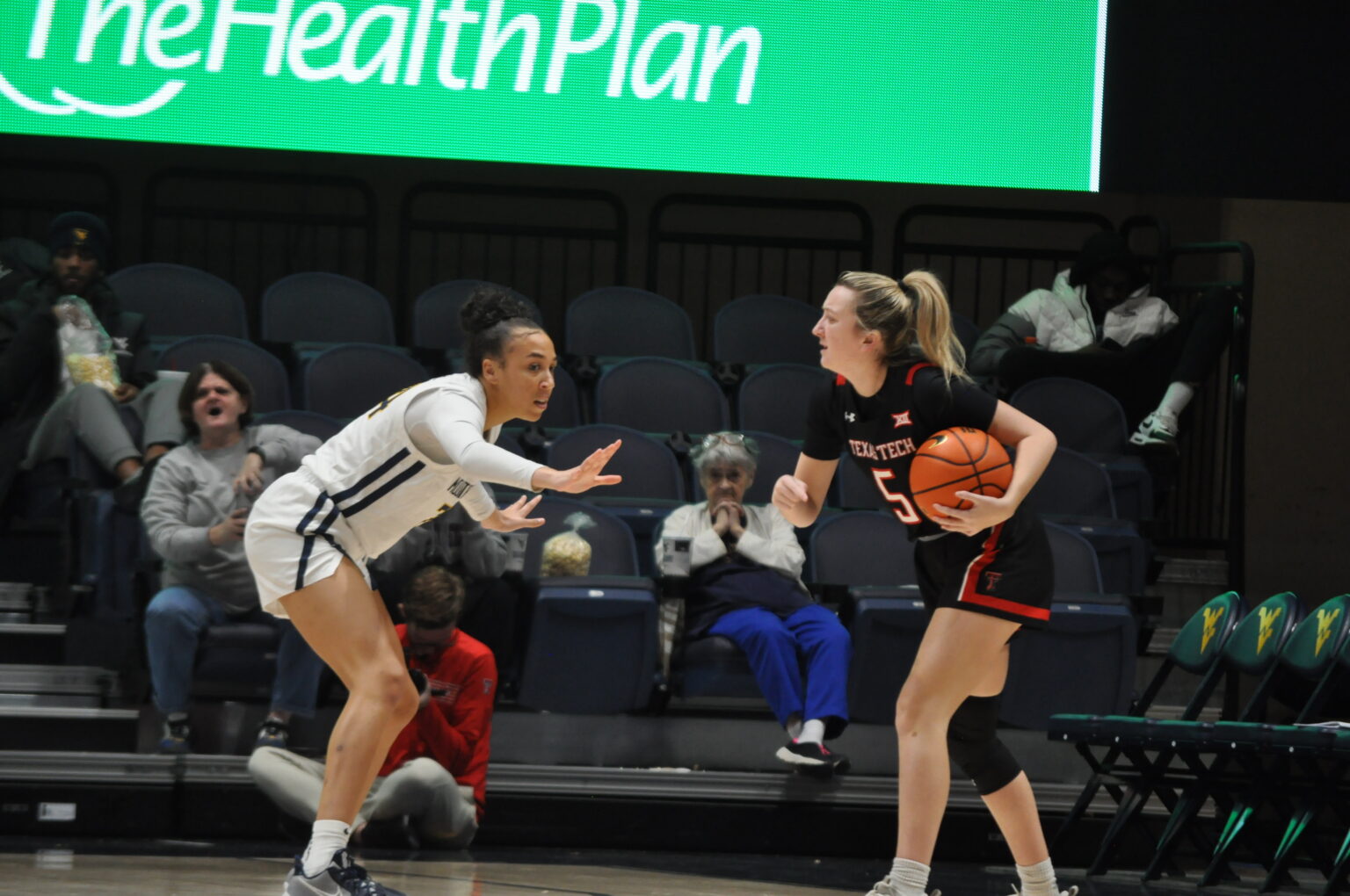 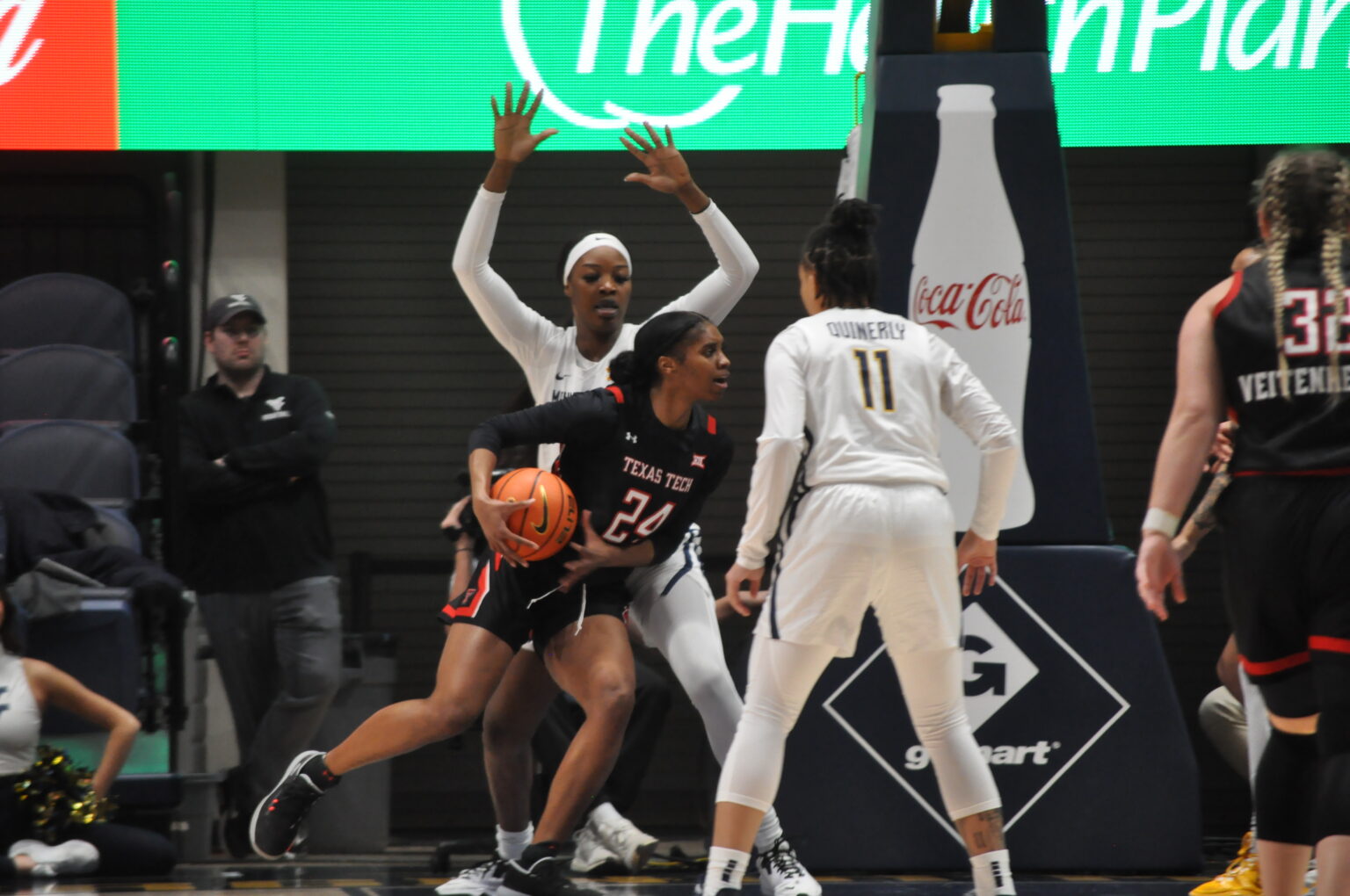 MORGANTOWN, W.Va. — West Virginia buckled down on Texas Tech throughout the fourth quarter of Wednesday’s contest at the Coliseum.

In turn, the Mountaineers held the Red Raiders to seven points over the final 10 minutes and earned their first Big 12 Conference win in the process, 64-53.

West Virginia improved to 8-5 with the victory, while avoiding an 0-3 start in league play.

“We continued to play defense and that’s why we won the game,” veteran WVU head coach Mike Carey said. “We needed this game bad.”

The Mountaineers faced a 48-45 deficit with inside 7 minutes remaining, but rattled off seven unanswered points to lead for good.

Esmery Martinez, Jayla Hemingway and Yemiyah Morris accounted for one field goal each and Kari Niblack made a free throw during the decisive spurt, but it was WVU’s defense that turned the game in its favor.

Following a basket from Khadija Faye to start the fourth-quarter scoring, the Red Raiders (8-7, 1-3) suffered through a 6-minute drought without a point. During that span, Texas Tech missed all five field-goal attempts and committed five of its 21 turnovers.

“Just locked in. We knew we could not go 0-3 in the conference,” WVU point guard Madisen Smith said. “That’s not going to happen. That’s not a good start for us. We came together and did what we had to do to come out with a win.”

But Niblack sank two free throws in response, and after Gray’s 3-pointer was off the mark, Martinez made 1-of-2 foul shots to stretch WVU’s lead to five.

While Tech was still within striking distance, Gray was whistled for an offensive foul off the ball on the ensuing possession, and the whistle drew the ire of Red Raiders’ head coach Krista Gerlich, who was assessed a technical foul with 1:08 to play. KK Deans made the two free throws, and Smith followed with two more to give WVU a 59-50 lead with 1:05 left.

Smith made 11-of-12 free throws in the victory, while the Mountaineers connected on 21 of 28 as a team.

“In the fourth quarter, we played great defense and started rebounding better and got some scores,” Carey said. “We hit our foul shots down the stretch, so that was big.”

Tech finished with nine turnovers and made only 2-of-14 shots in the fourth quarter.

“West Virginia is really physical and they definitely brought it in the fourth quarter,” Gerlich said. “It was difficult for us to get clean looks at the basket.”

After struggling to generate offense throughout much of the opening half, Texas Tech broke out for 24 third-quarter points — two more than it scored over the first two quarters.

The Red Raiders made 9-of-18 field goals in the frame, including three 3-pointers, each from Lexy Hightower who led the way with nine points in the frame. Gray scored eight in the quarter and Tech set the tone early in the period by rattling off the first 10 points to turn a 29-22 halftime deficit into a three-point lead — its largest to that point.

“The third quarter again,” Carey said. “I don’t have the answer.”

Although WVU’s offense eventually came to life that quarter, the Red Raiders continued to score consistently and held a 46-45 advantage entering the fourth quarter.

“We turned the ball over way too much in the first half and in the third quarter, we took care of the ball a lot more,” Gerlich said.

Both teams struggled to score in the opening quarter, with WVU settling for a 9-8 lead after making only 4-of-15 shots and turning it over seven times. The Red Raiders made 3-of-14 shots and had six turnovers through 10 minutes.

After Rhyle McKinney scored in the paint to give TTU its first lead early in the second quarter, WVU answered with a Jasmine Carson triple to start a 6-0 run.

Later in the quarter, freshman point guard JJ Quinerly converted two layups within 16 seconds, and she added a jumper and triple to score nine points in the second and help WVU hold a 29-22 halftime lead.

“Coach stays on us about defense,” Quinerly said. “We went out there and played our hardest on defense and it turned over to some of our play on offense.”

Quinerly made the most of her 17 minutes, scoring 11 points on 5-of-6 shooting to go with five assists and one steal.

“She played great,” Carey said. “She hit a three, penetrated, got in the gap and defended. We played her in the non-conference at the two [shooting guard] a little bit and if she keeps playing like that, we’ll continue to play her there more.”

Smith and Deans each scored 15 points in the win, while Deans added five assists.

Gray led all players with 16 points, but made only 7-of-21 shots. Hightower scored 11 in defeat.

The Red Raiders had 17 offensive rebounds and narrowly won the battle of the boards, 41-40. However, despite forcing 18 WVU turnovers, Tech couldn’t overcome 21 of its own as it lost for the fifth time in six games.

The Mountaineers hit the road Saturday for an 8 p.m. game at No. 13 Texas.

“This was real big,” Carey said. “You can’t lose another game at home like that. It wasn’t a pretty win, but I’d much rather have an ugly win than a pretty loss. We’ll take it and let’s build on that and get ready for Texas.”