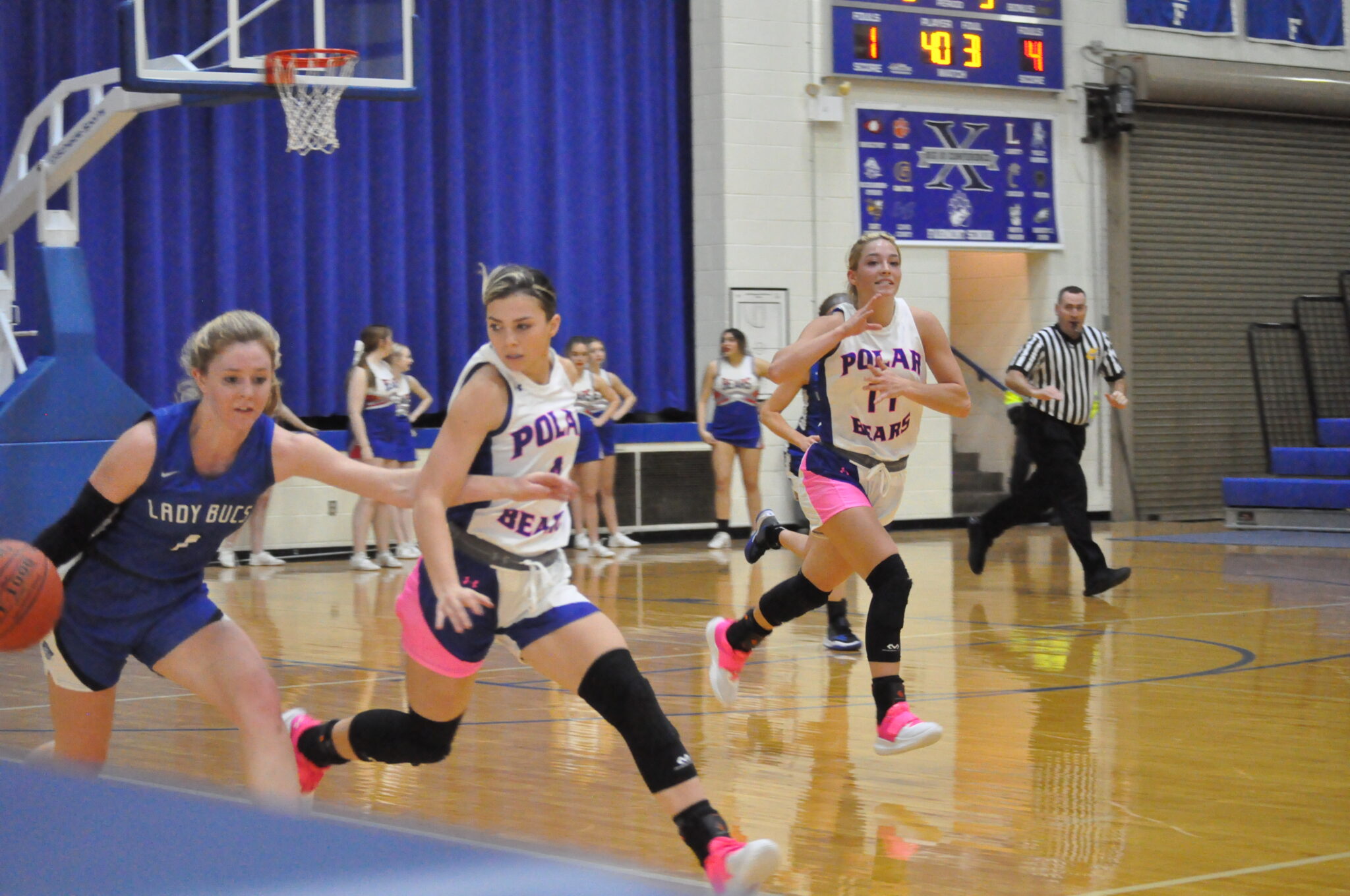 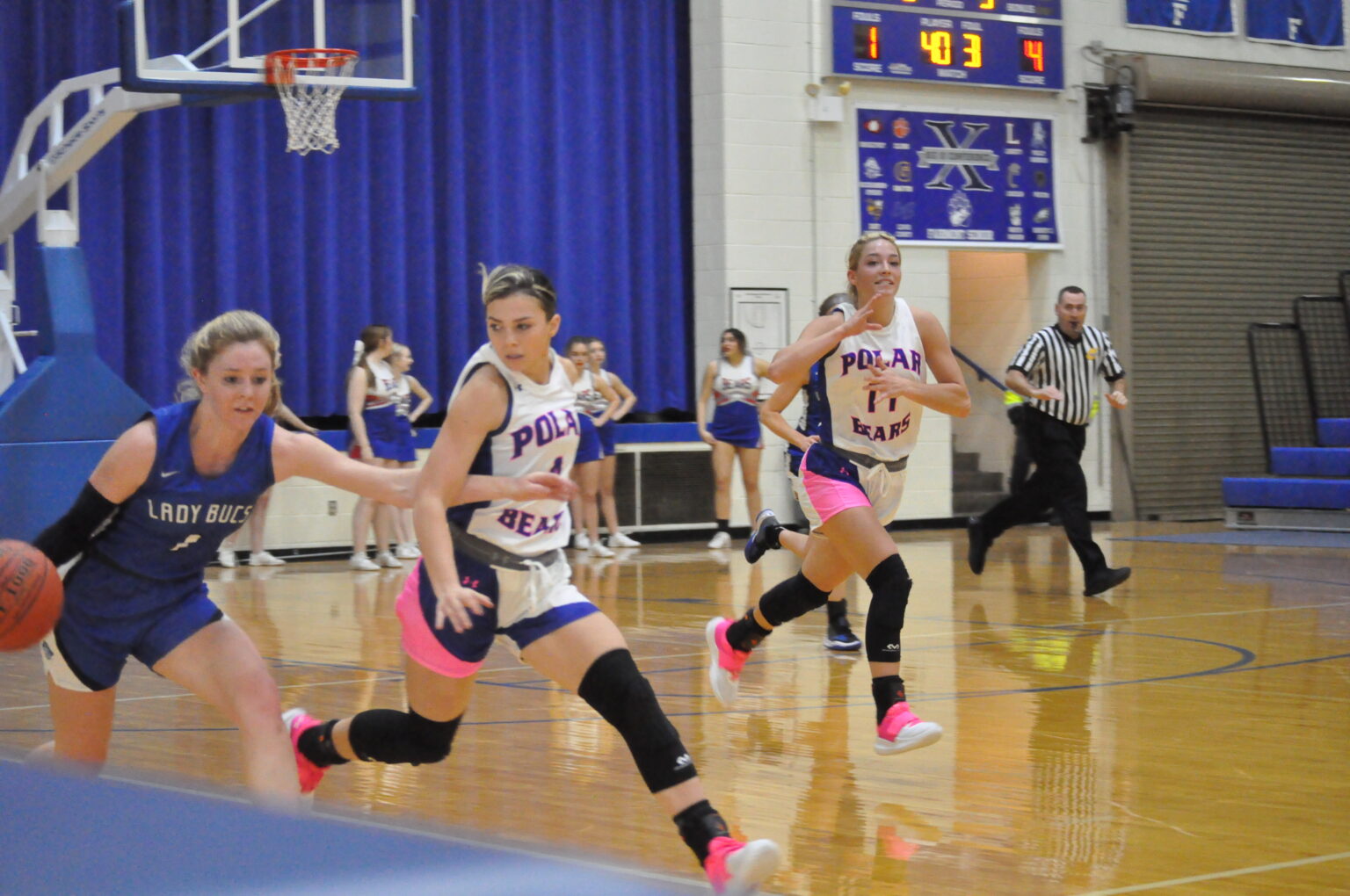 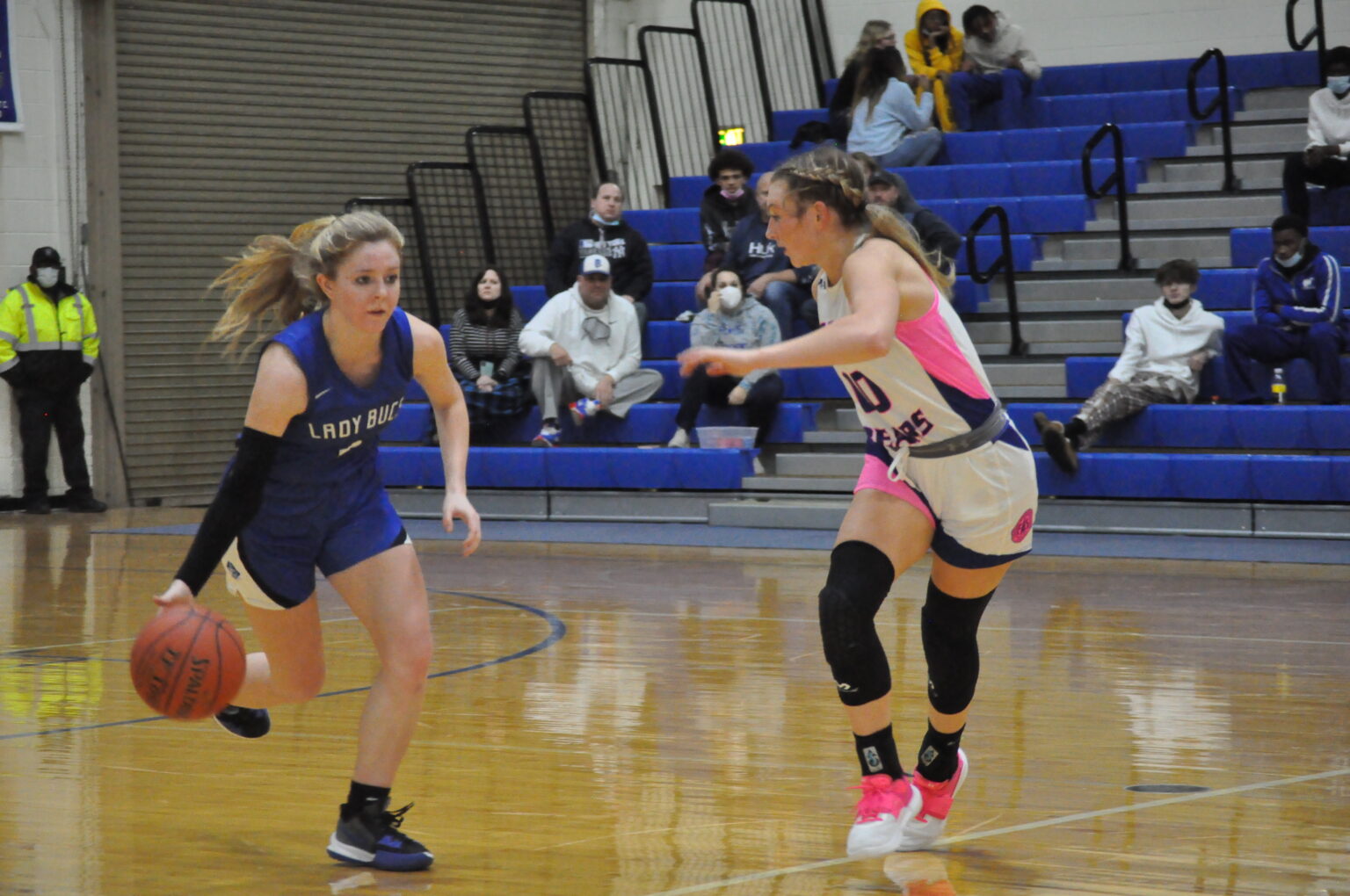 Buckhannon-Upshur's Shelby McDaniels brings the ball up against the defense of Fairmont Senior's Laynie Beresford. Photo by Greg Carey/WVMetroNews.com 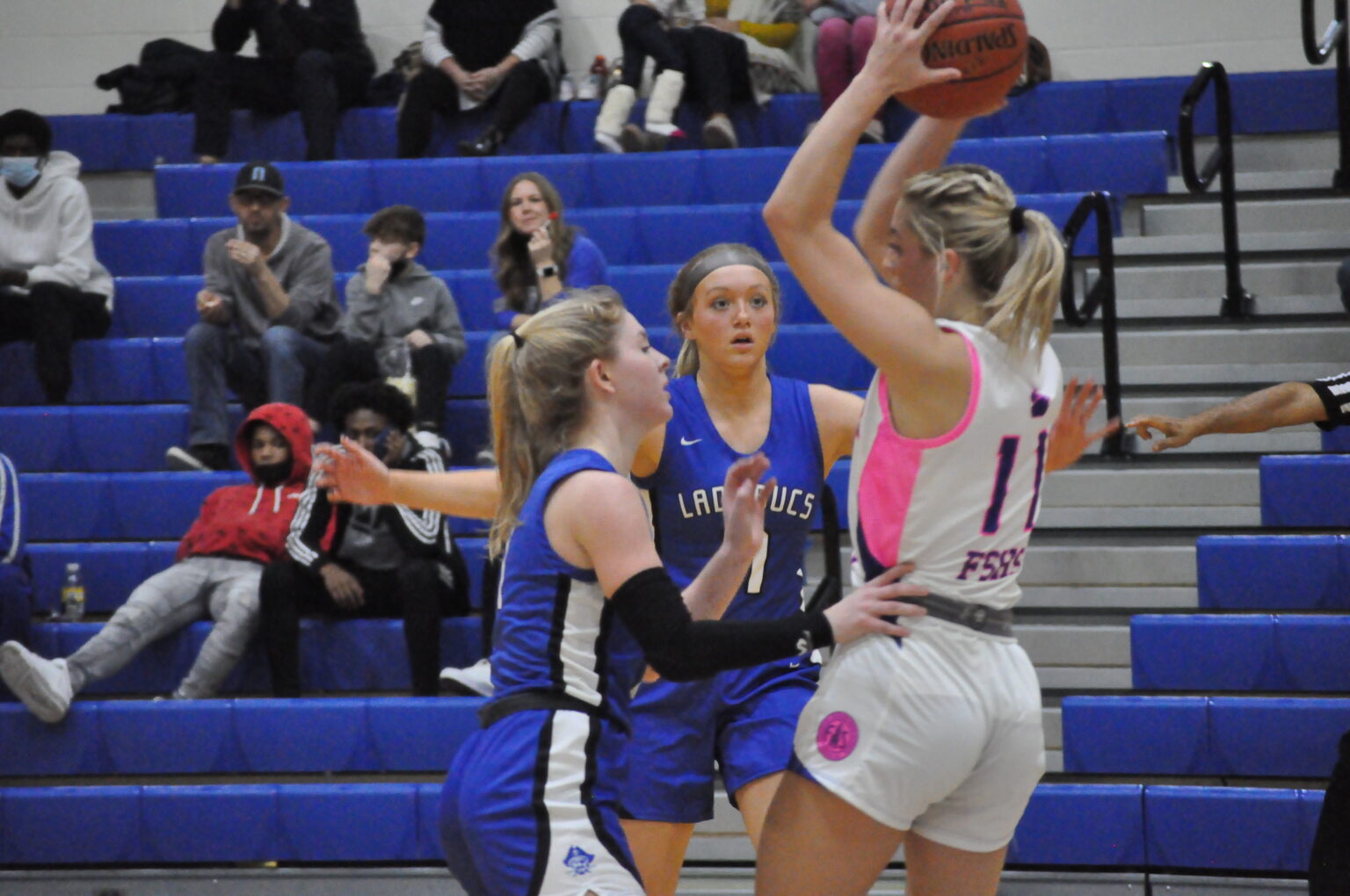 Fairmont Senior's Marley Washenitz is pressured by a pair of Buckhannon-Upshur players. Photo by Greg Carey/WVMetroNews.com 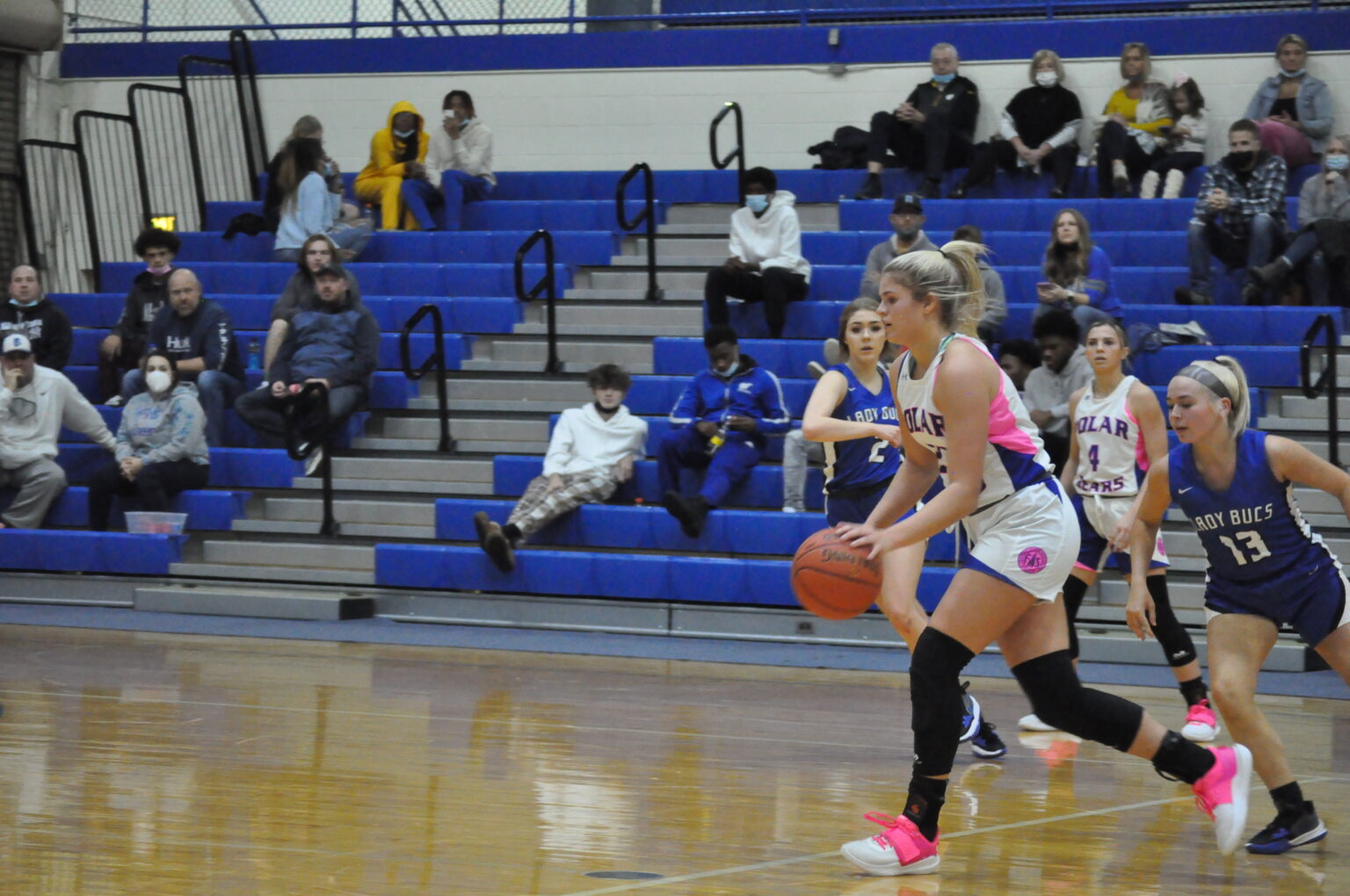 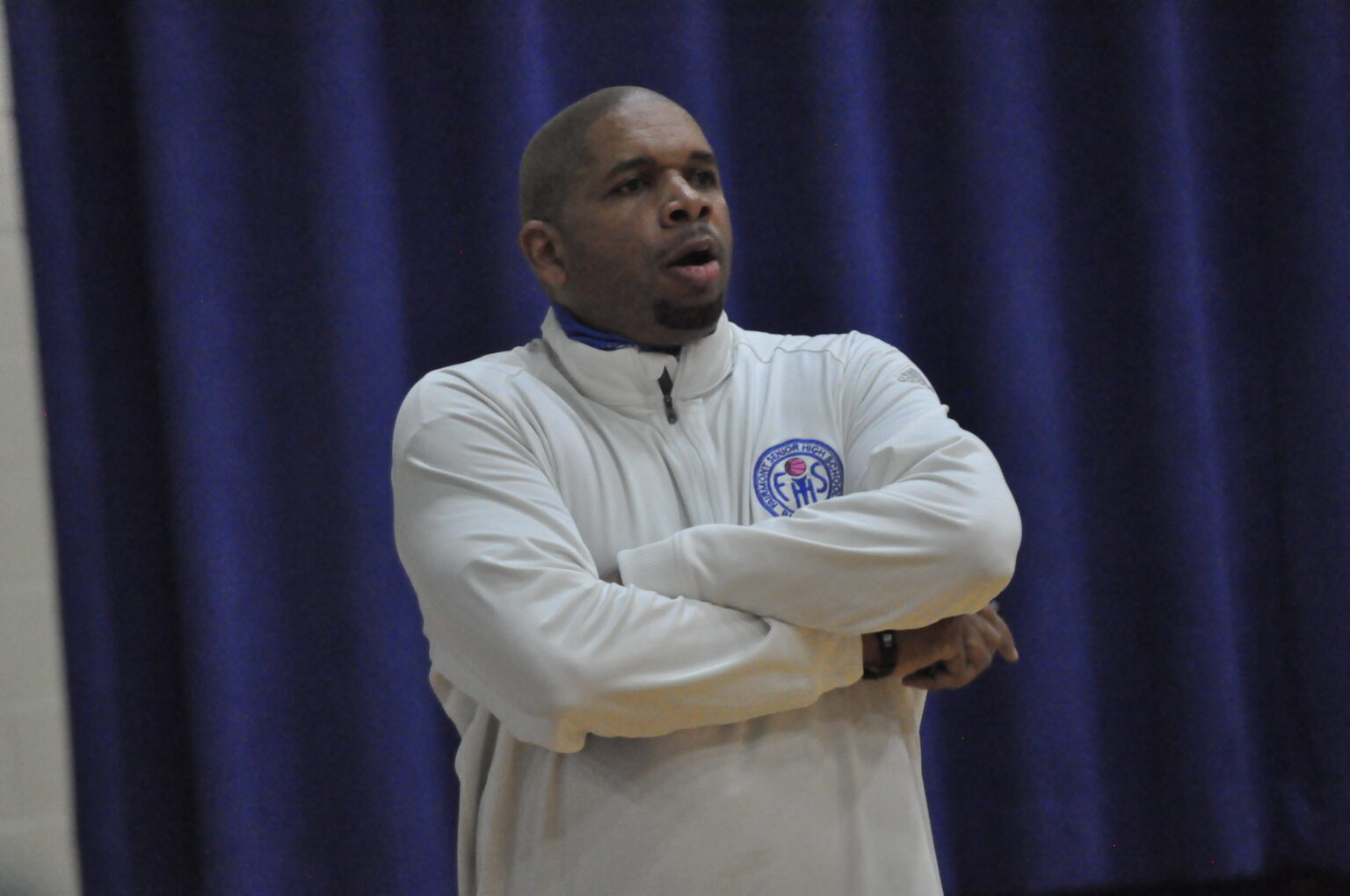 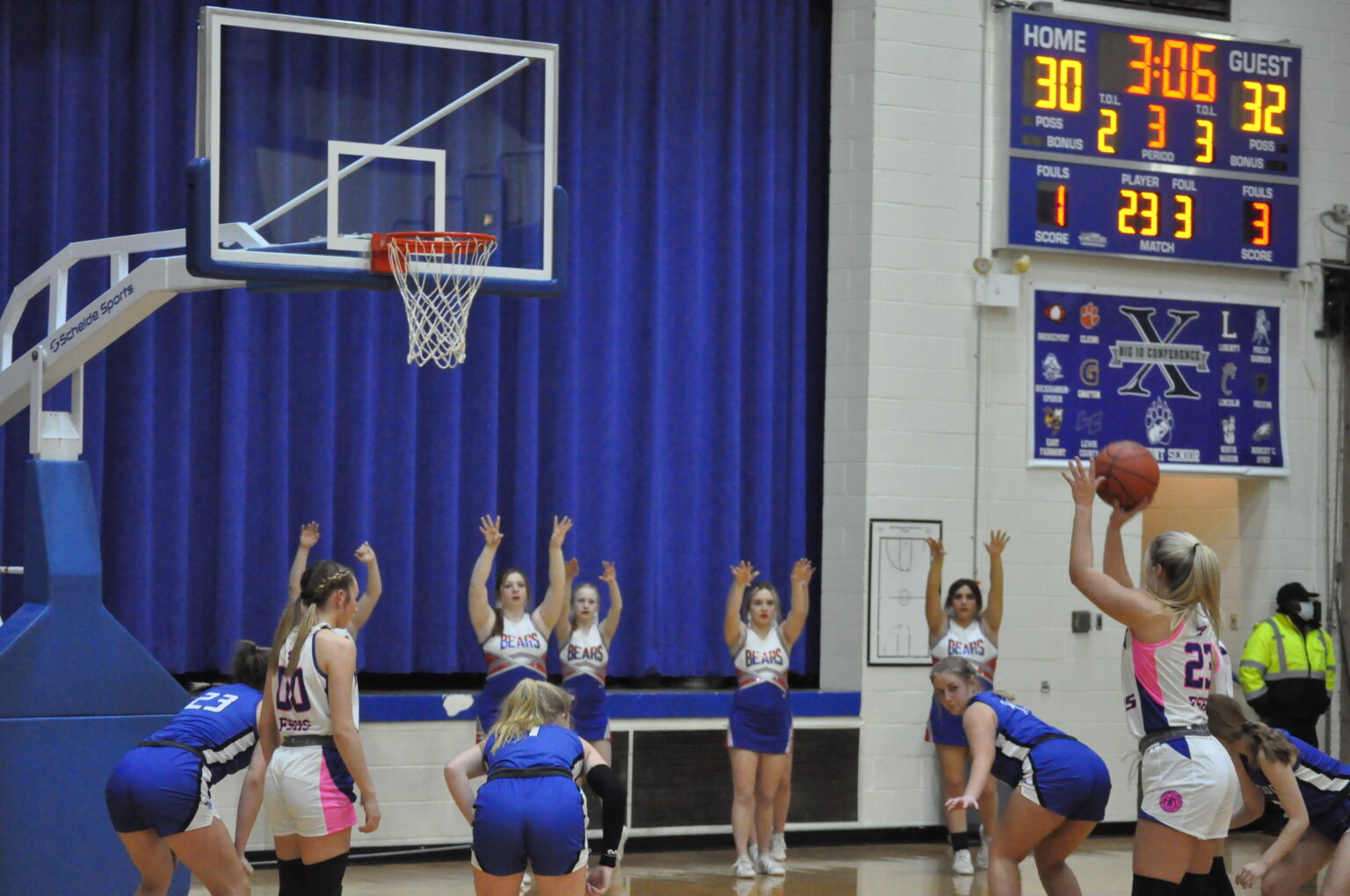 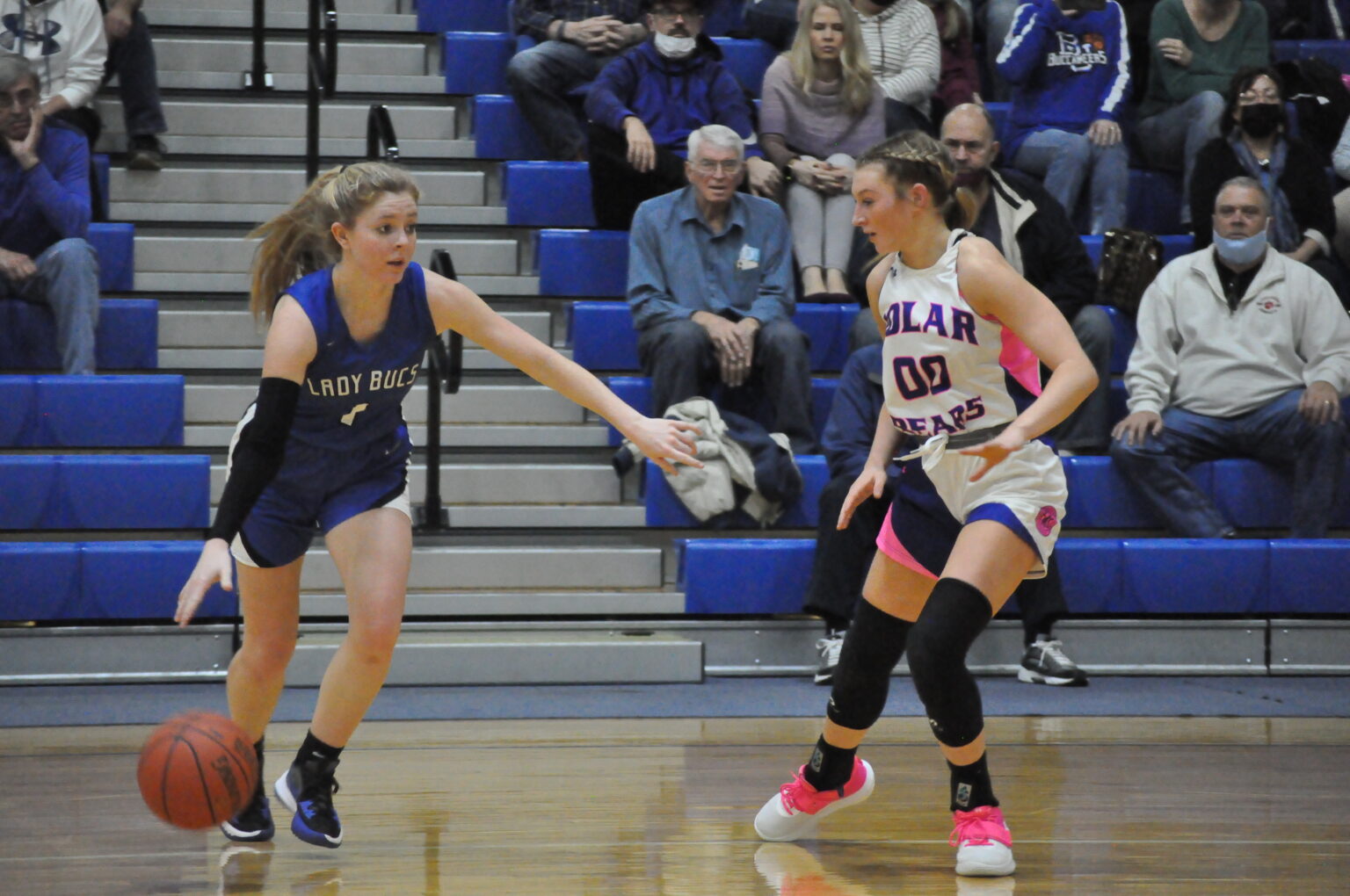 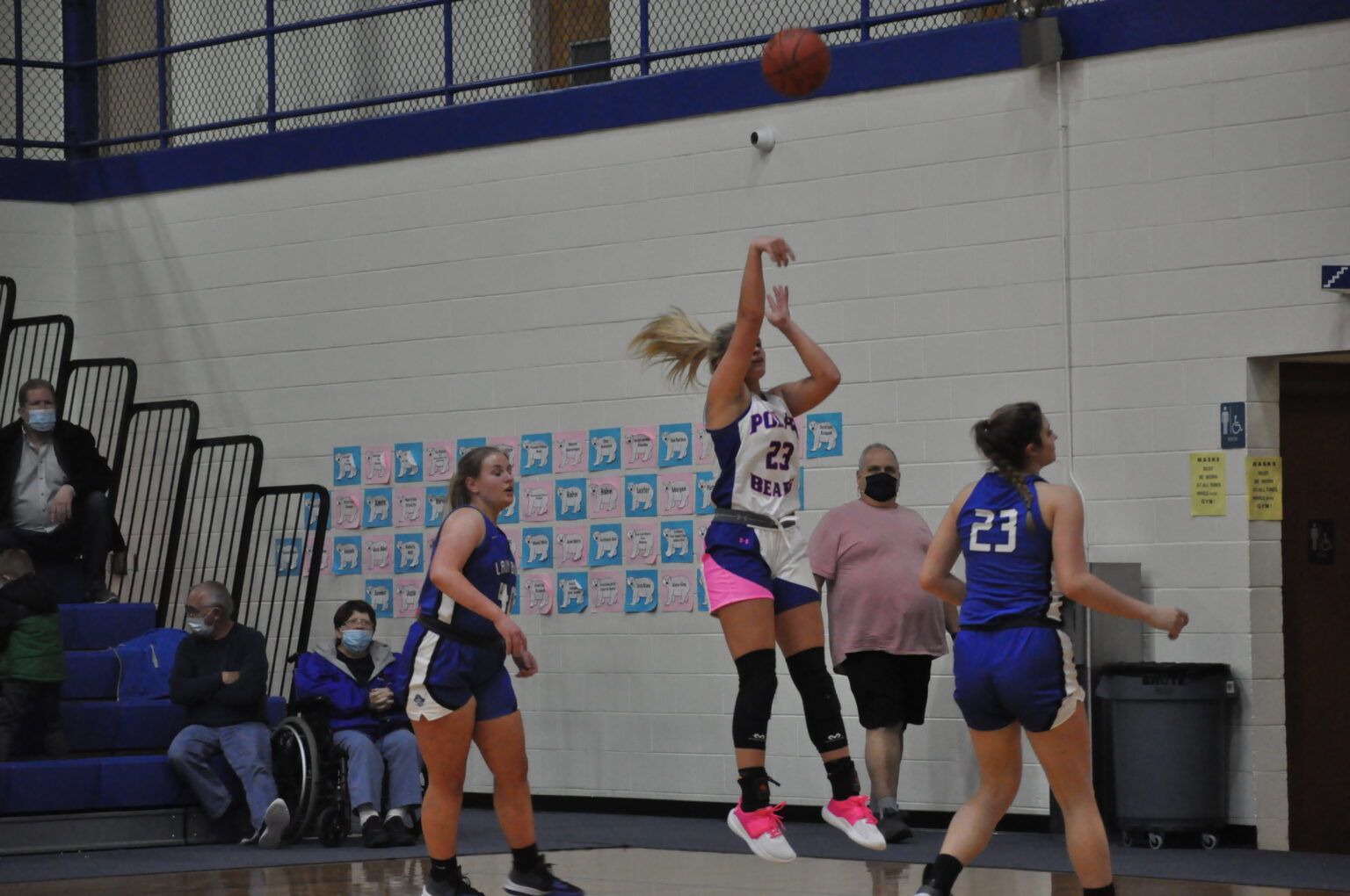 Fairmont Senior's Meredith Maier follows through on a shot. Photo by Greg Carey/WVMetroNews.com 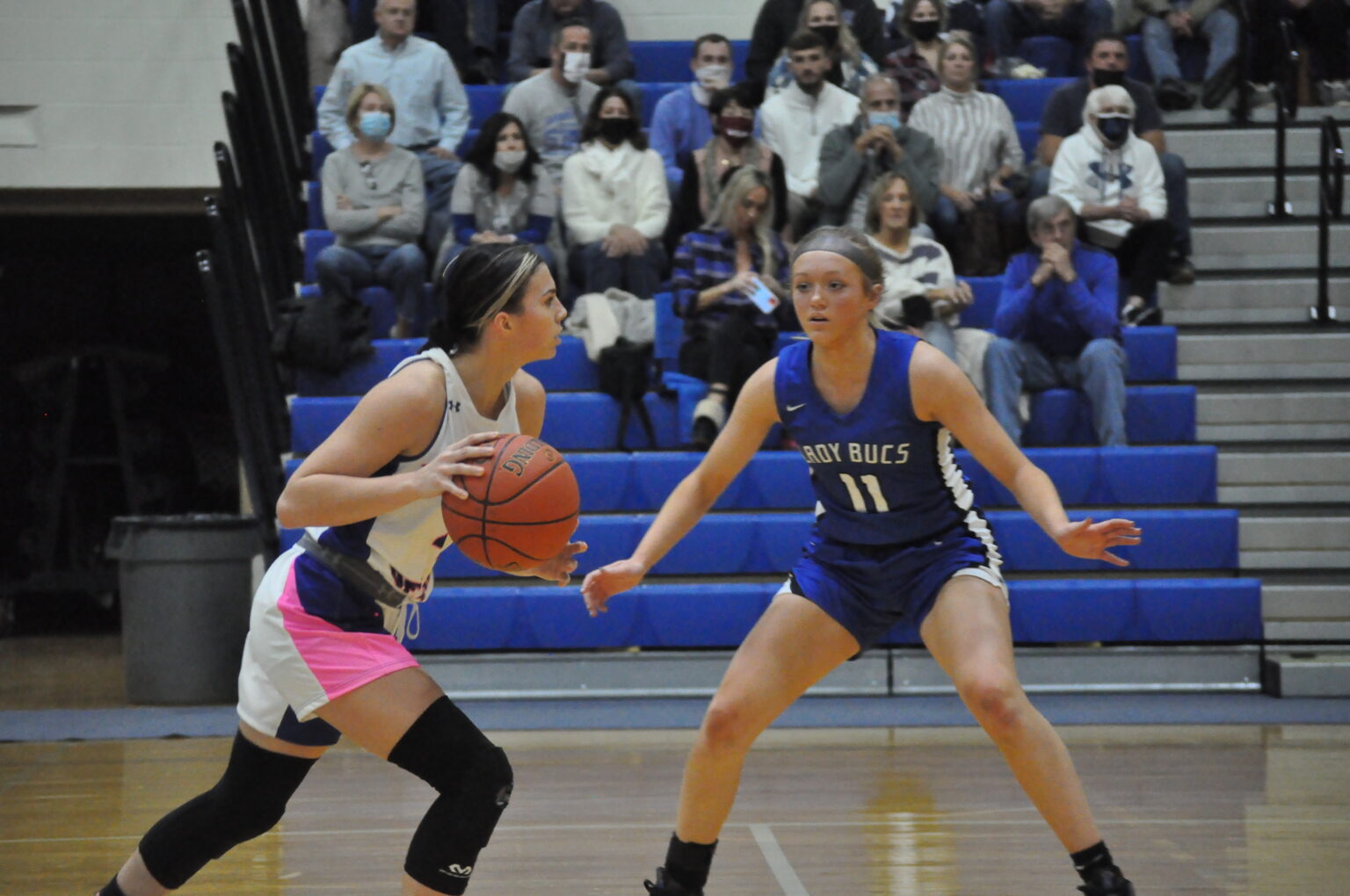 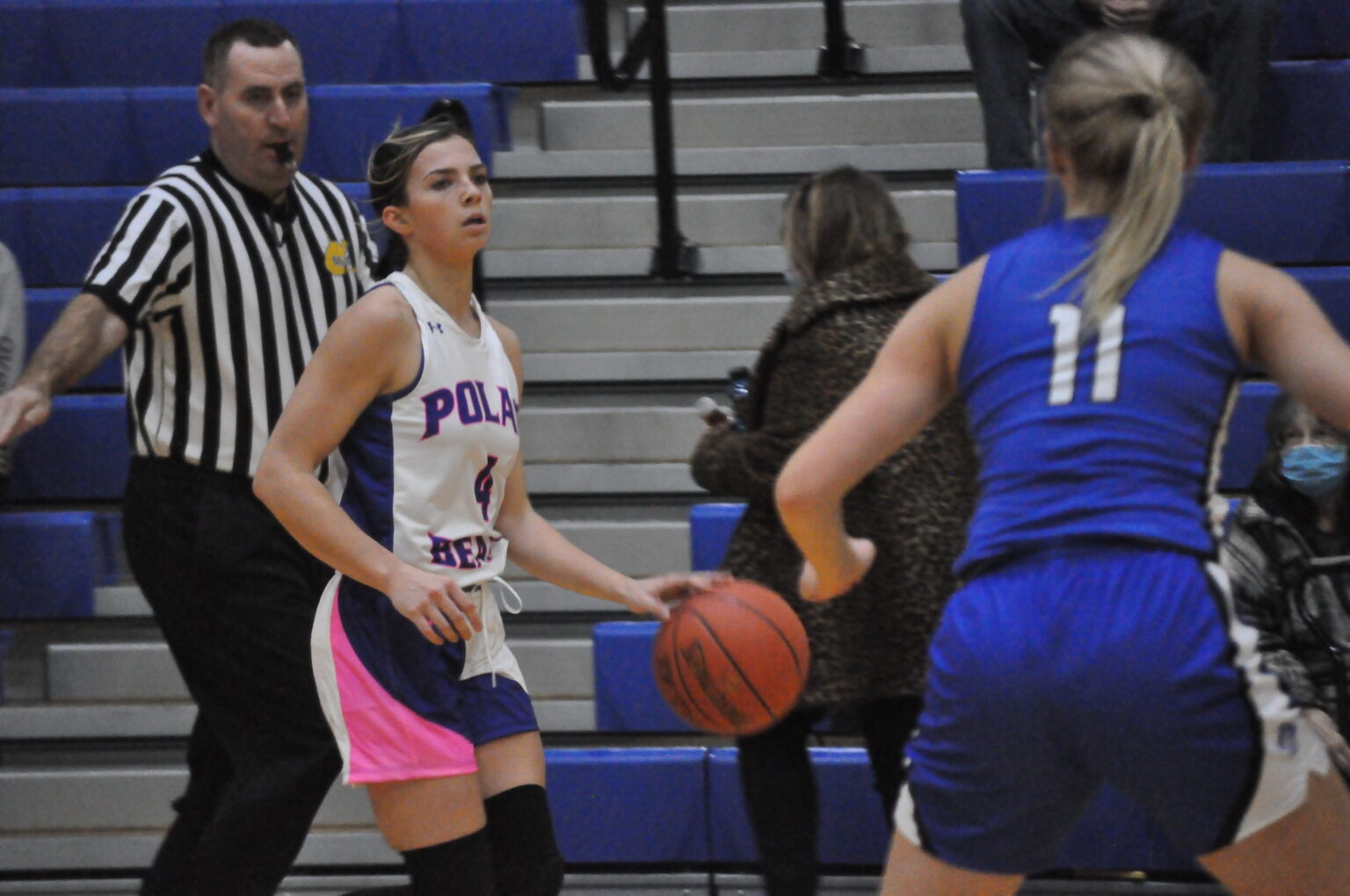 Fairmont Senior's Emily Starn gets the Polar Bears into their offense. Photo by Greg Carey/WVMetroNews.com 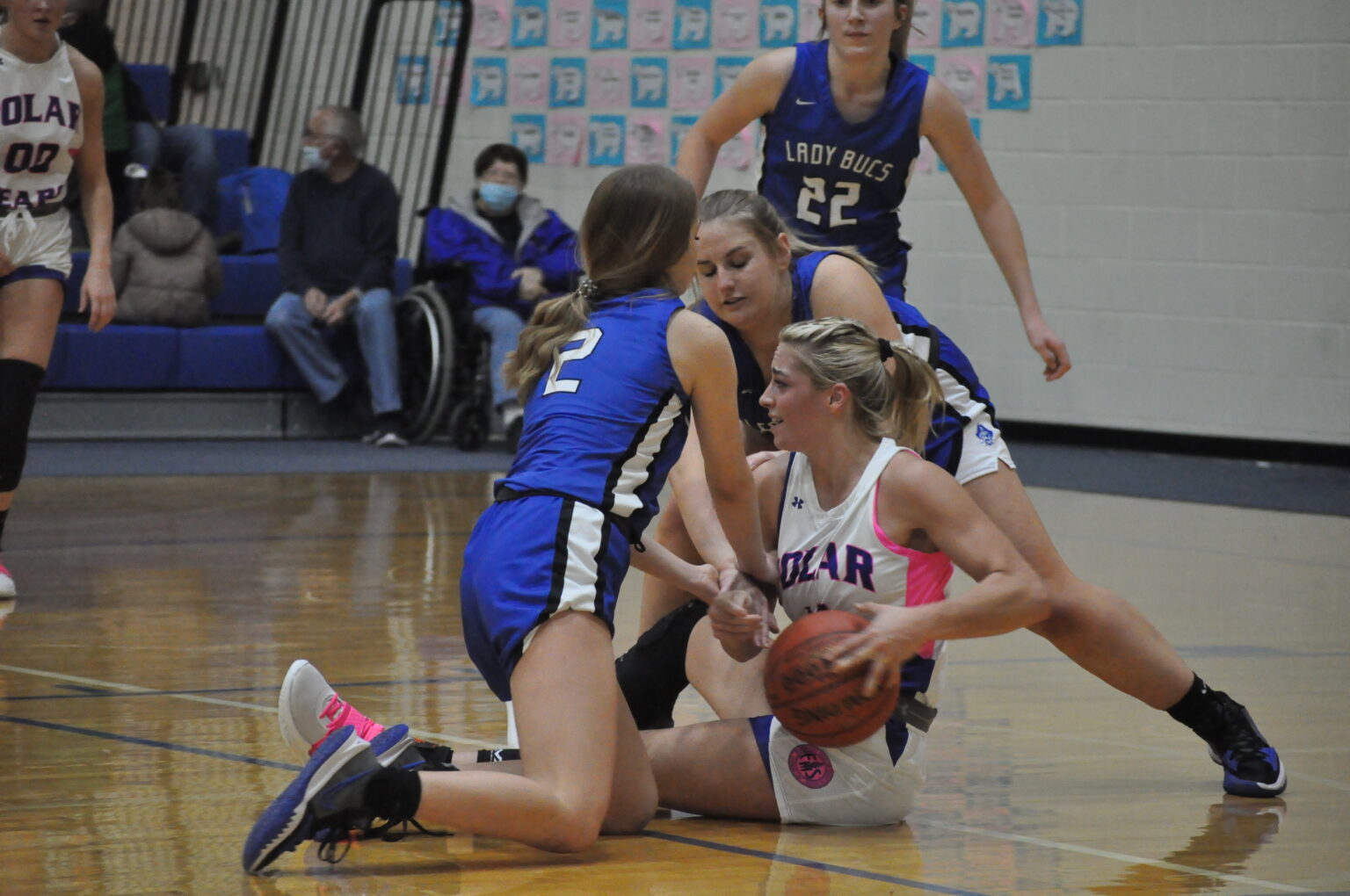 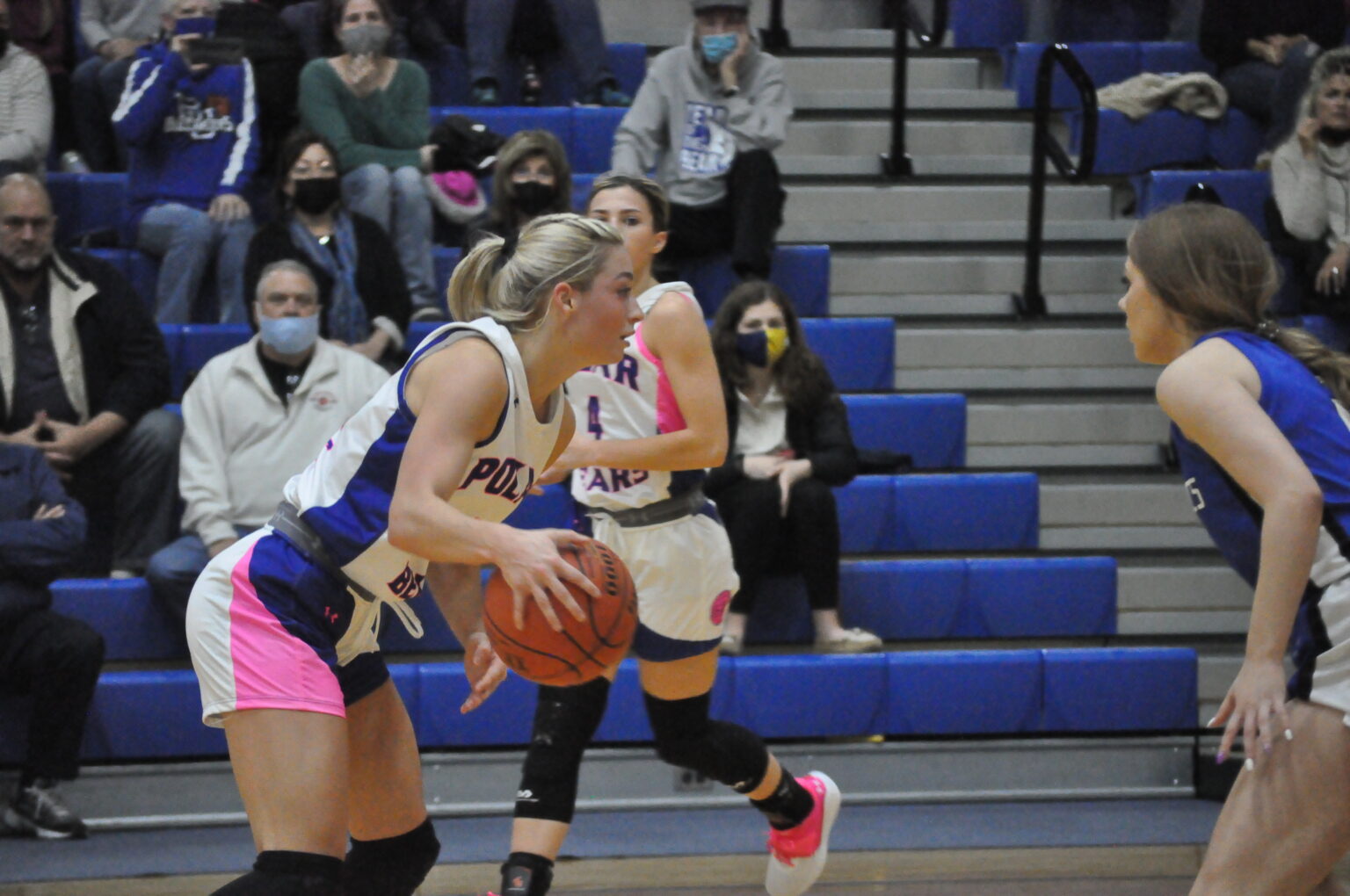 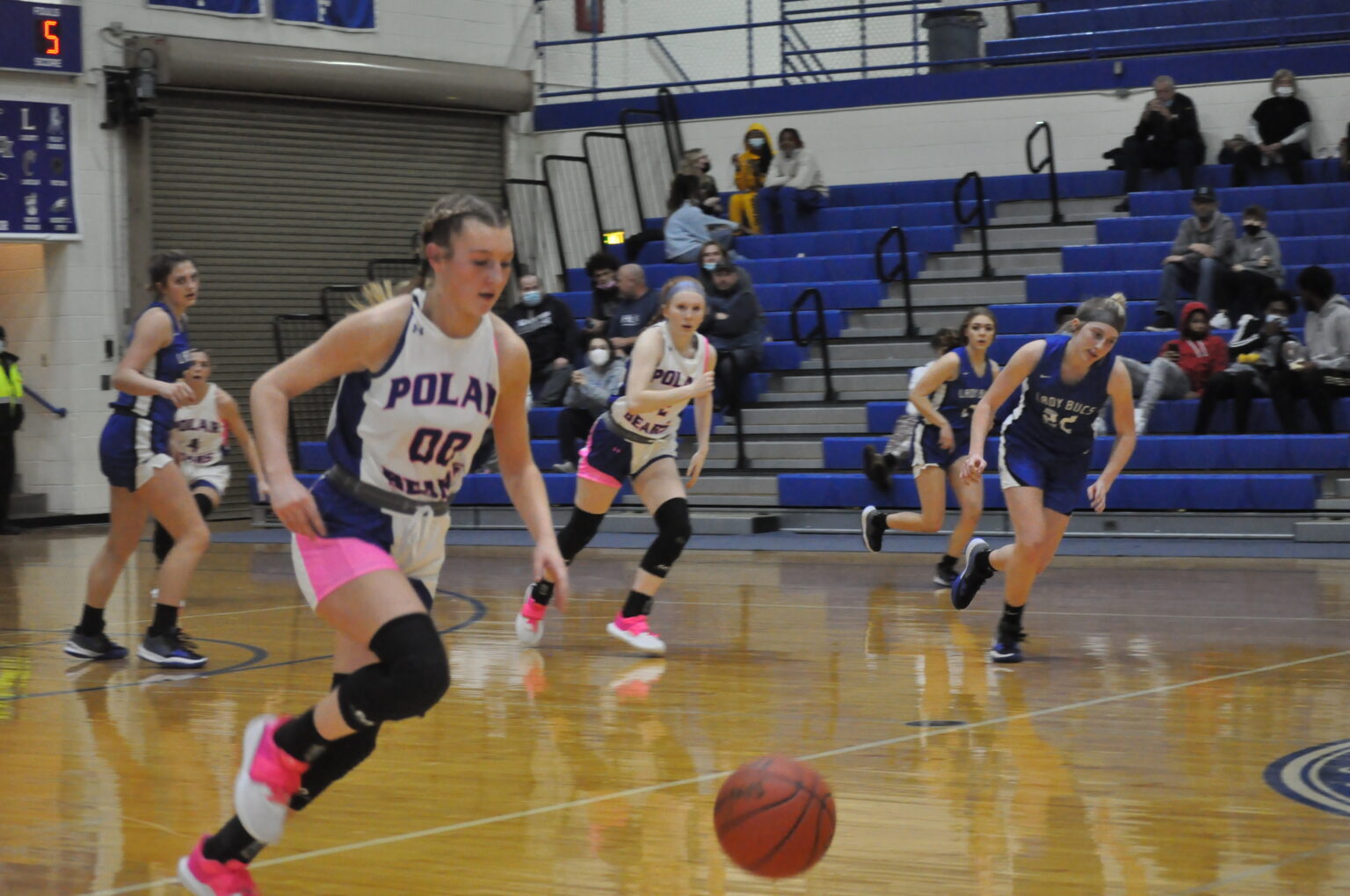 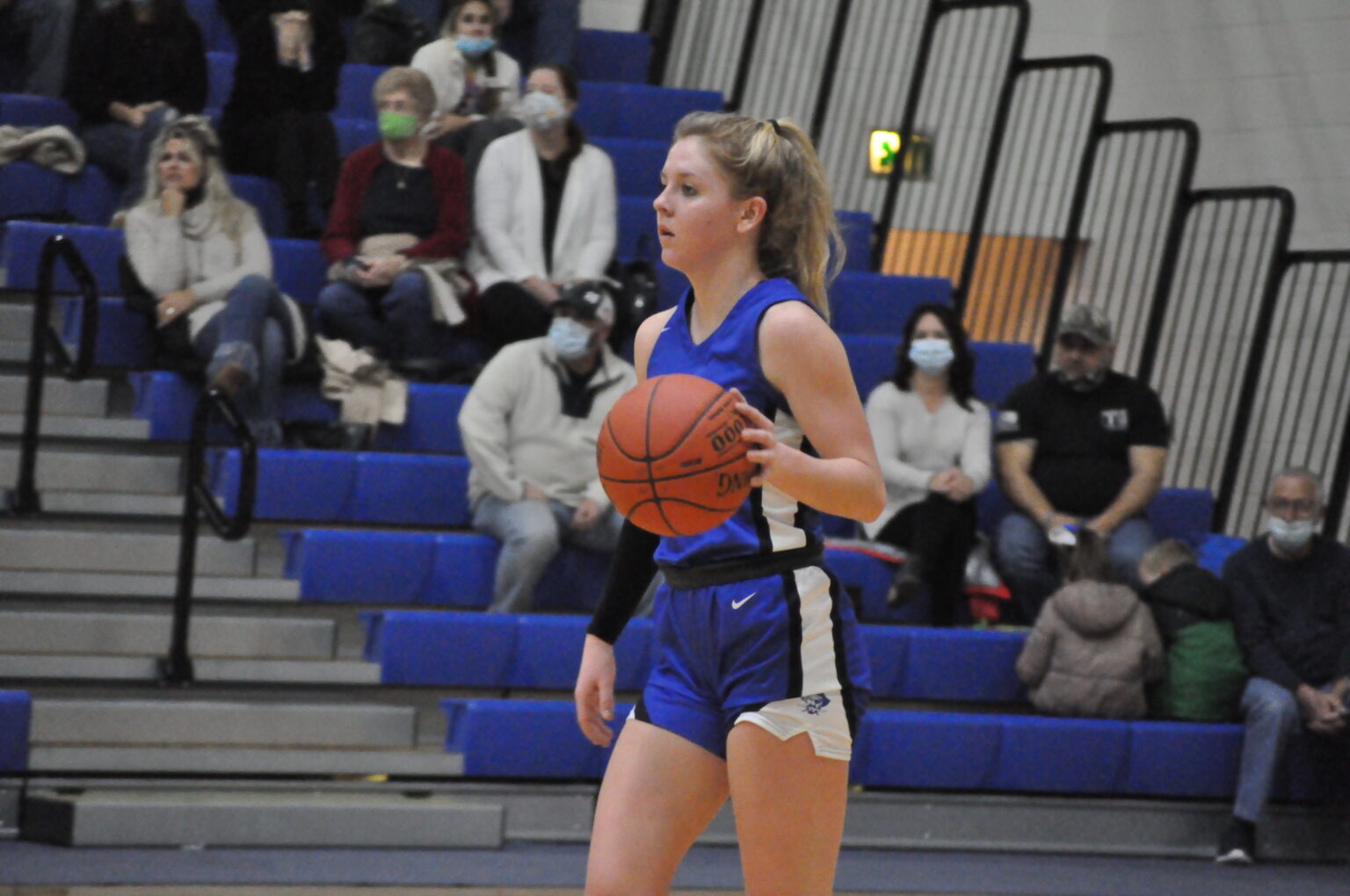 Buckhannon-Upshur's Shelby McDaniels brings the ball up the court. Photo by Greg Carey/WVMetroNews.com 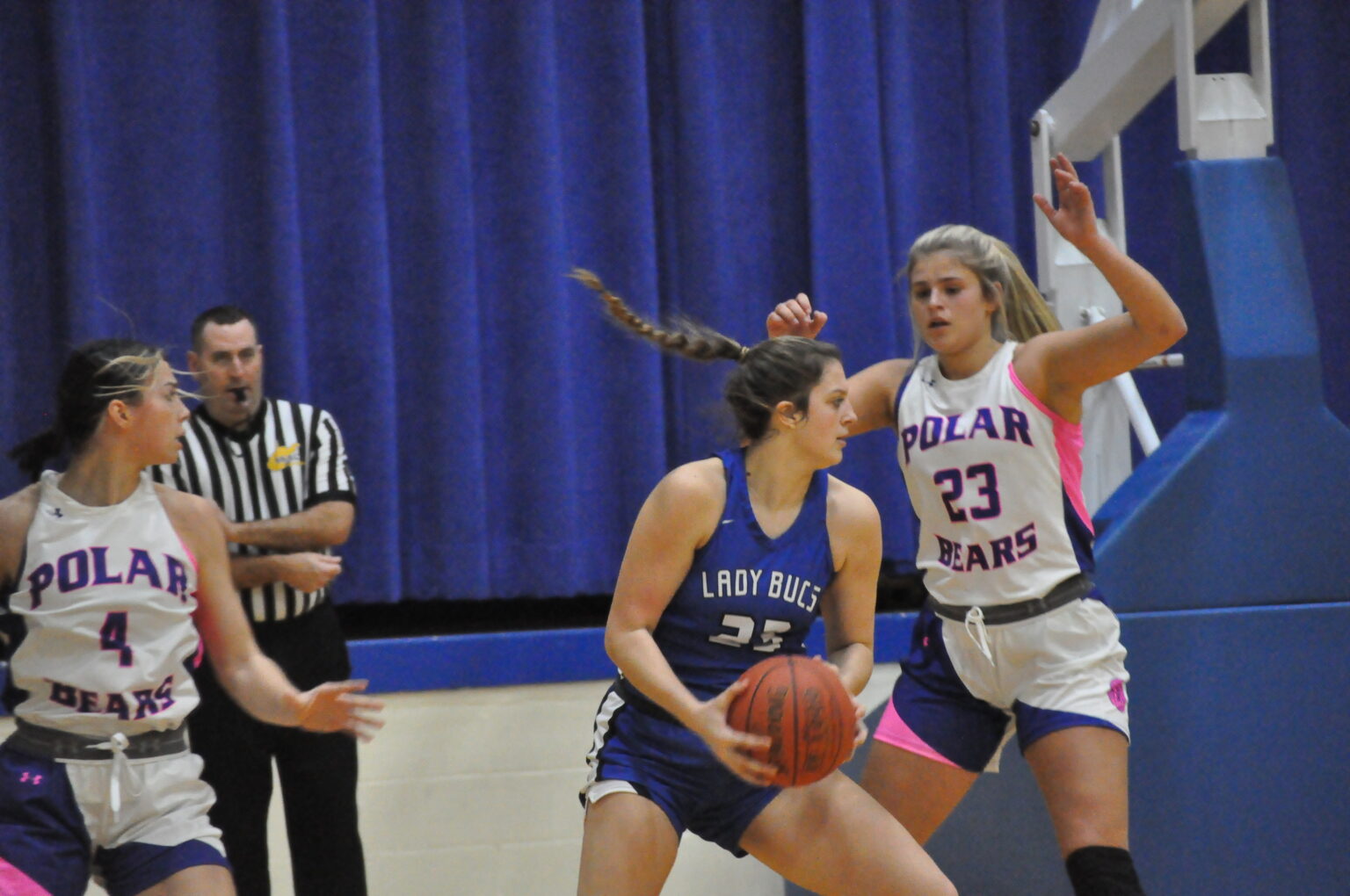 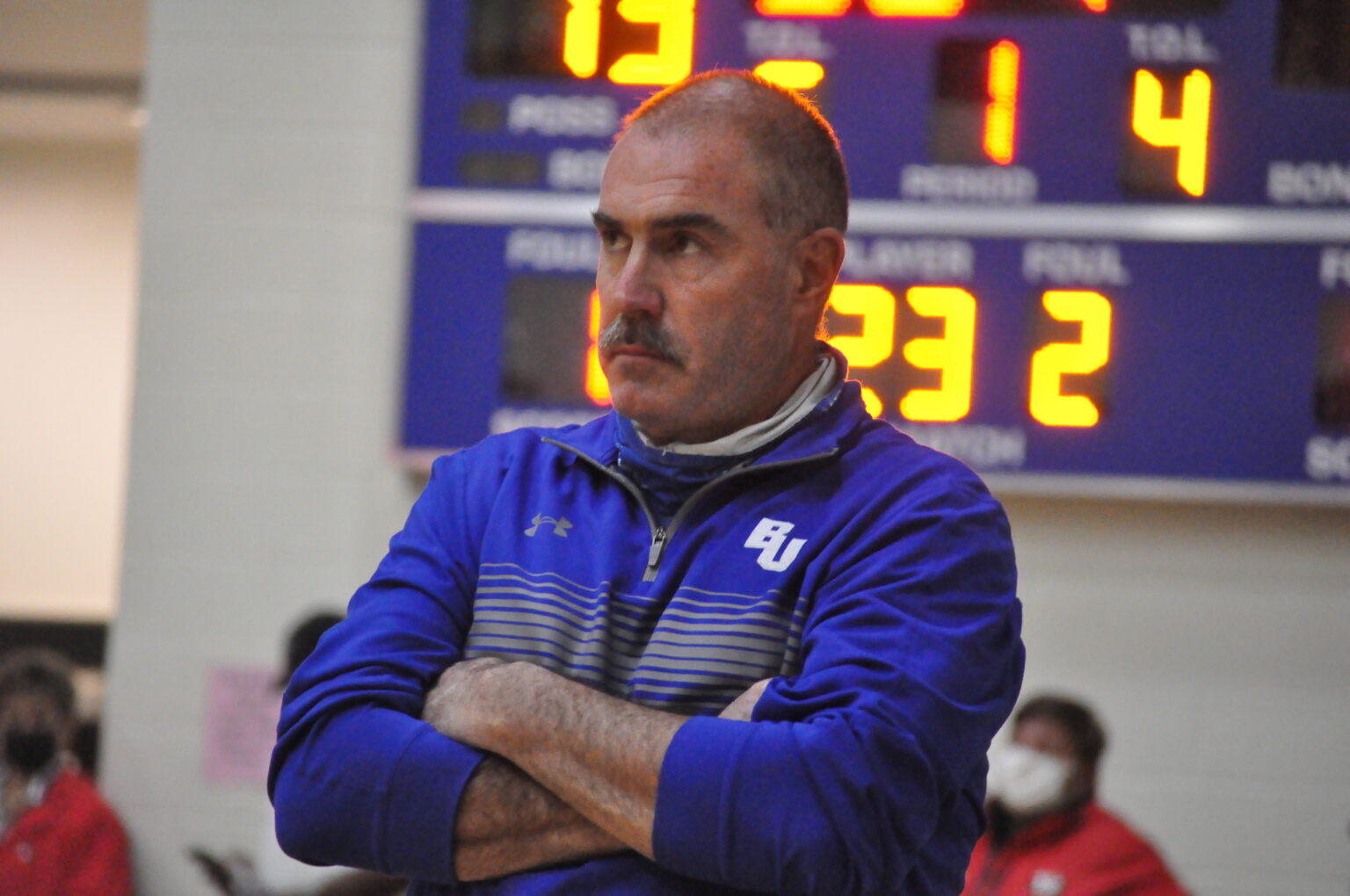 FAIRMONT, W.Va. — Buckhannon-Upshur did a lot to challenge Fairmont Senior throughout Thursday’s contest.

Ultimately, the Polar Bears’ Division I-bound duo of Marley Washenitz and Meredith Maier proved too much for the Buccaneers and helped the Polar Bears pull away for a 60-45 victory at the Fairmont Senior Field House.

Washenitz poured in a game-high 26 points, while Maier was second among all players with 19 points. Washenitz, a West Virginia commit, and Maier, a Marshall signee, added 10 rebounds apiece to give FSHS a decisive 35-23 rebounding advantage, which went a long way in helping the Polar Bears improve to 11-0.

“They’re both great players,” Bucs’ head coach Rob Kittle said. [Fairmont Senior head coach Corey Hines] does a great job with all their girls and the way they play defense. They don’t give you a break out there. It does wear on you after a while, but we have to be mentally tougher in those situations.”

The Buccaneers (7-3) limited Fairmont Senior to 20 first-half points, 12 of which were scored by Washenitz. Although B-U committed nine second-quarter turnovers, the Bucs forced seven themselves to win the frame 9-7 and enter halftime facing just a one-point deficit.

Kenna Maxwell paced B-U with a pair of 3-pointers and 8 points through the opening two quarters.

“A big problem was communication on the defensive end,” Hines said. “Sometimes we did stuff that we don’t usually do defensively. Our communication broke down a lot. We took a lot of bad chances, doubling down sometimes in the post when we didn’t have to double down and leaving wide open shooters. We don’t do that. That’s stuff that we worked on, because we knew that they could stroke. We weren’t able to apply the pressure that I would like to apply.”

Washenitz scored inside twice to start the second half, and after Kendal Currence’s follow-up basket marked the Buccaneers’ first points of the third quarter, Maier’s bucket from close range upped the Fairmont Senior lead to 26-21.

Yet just as it looked as though the Polar Bears may pull away, B-U responded with consecutive triples from Maxwell and Shelby McDaniels to take a 27-26 lead — its first advantage since 9-7 in the opening quarter.

“You don’t want every game to be by 30 or 40 [points],” Hines said. “You want them to be challenged, because otherwise, it’s not going to help you get to Charleston. I knew they were going to be a good team. They have a real good coach and he has an excellent program. He’s building it and I didn’t expect to just beat them by 20 or 30. I expected a contest.”

Gabby Parke connected from beyond the arc later in the third to leave the Bucs with a  32-30 lead, but Fairmont Senior took control from there.

A Washenitz triple — Fairmont Senior’s first of the night — gave the home team a 34-32 advantage, and the guard added another 3 moments later. Laynie Beresford capped the third-quarter scoring with a 10-foot jump shot that sent FSHS into the fourth leading 39-32 — its largest advantage to that point.

“We got a little careless at the end of the third quarter and just kind of got away from what we were doing well and let them kind of bully us a little bit on the defensive end,” Kittle said. ”We just didn’t respond well to it. They made plays when they had to and we unfortunately weren’t able to. That was really the difference in the game. One or two possessions here and there and it’s a different story coming down the stretch.”

Maier entered the final frame with nine points, but scored inside on consecutive possessions to start the fourth quarter, giving the Polar Bears their first double-digit advantage.

The Bucs were still within striking distance after McDaniels’ triple left them with a 48-40 deficit at the 3:50 mark, but Maier answered with two free throws, Camryn Morgan followed with a short jumper and Maier scored in the post to make it a 14-point game. From that point forward, Fairmont Senior led by at least 13.

“We did a great job of getting the ball inside and establishing Meredith,” Hines said. “We shared the ball a lot better.”

B-U finished with 23 turnovers and forced 15, but it attempted 15 fewer free throws and nine fewer field goals than the Polar Bears.

The victory was the Polar Bears’ second closest margin this season, with all 11 wins to this point coming by double figures.

Maxwell made three of her team’s eight 3s and led the way with 14 points in the loss. McDaniels added 11 points and Currence contributed nine points and a team-high eight rebounds.

Fairmont Senior outscored B-U by 14 at the charity stripe and got 11 points from Beresford for a third double figure-scorer.