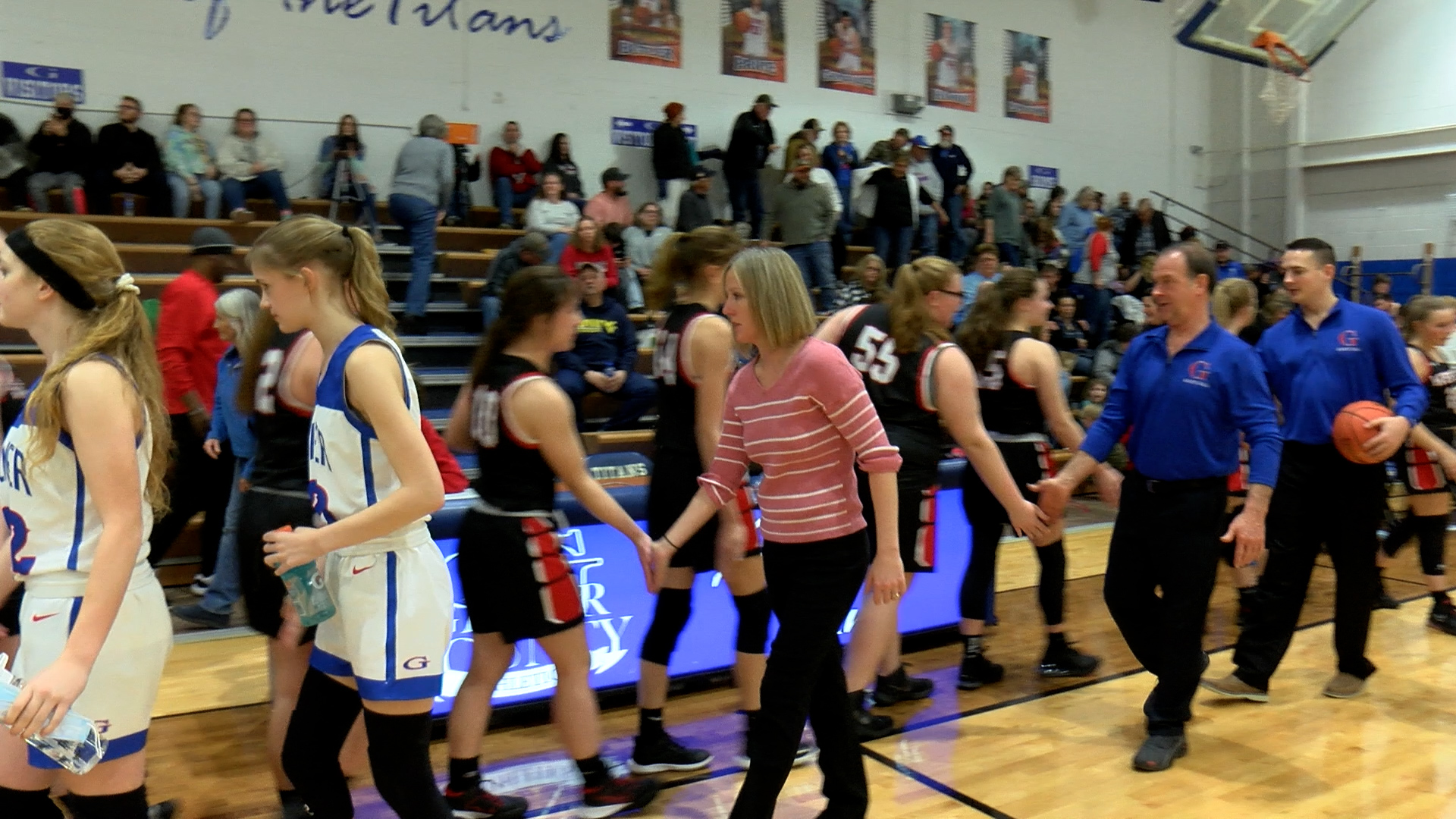 GLENVILLE, W.Va. — Gilmer County passed another test in their challenging early-season schedule Thursday night. The Titans improved to 12-0 with a 79-38 win over Webster County. Gilmer collected their seventh win over an AP-ranked opponent.

“We just executed the game plan really well that we put in yesterday,” said Gilmer County head coach Amy Chapman. “At every angle and every aspect we talked about, the players just went out and did what we asked them to do. You can’t be more proud of them. They played hard and executed really well. They got up and down the floor in transition and just got after it defensively.”

Gilmer never trailed in the contest. They used a 10-0 run to take a 22-9 lead after the first quarter. A 14-0 run in the second quarter allowed the Titans to take a 41-15 halftime lead.

McHenry drew the primary defensive assignment on thousand-point scorer Sydney Baird. Baird entered the game averaging 23 points per contest. She scored 19, with ten of those coming in the fourth quarter.

“I thought Taylor McHenry did a great job. Sydney is a great player. To handle her the way we did, I am super proud of Taylor. Taylor is physical and plays kids physical. She is lengthy and athletic. So she usually has some tough defensive assignments every night.”

Gilmer County has reached the 70-point mark in eleven of their twelve games and only one of their wins has come by less than ten points.

“We don’t stay satisfied. We keep ourselves humble and we keep working in practice every day.”