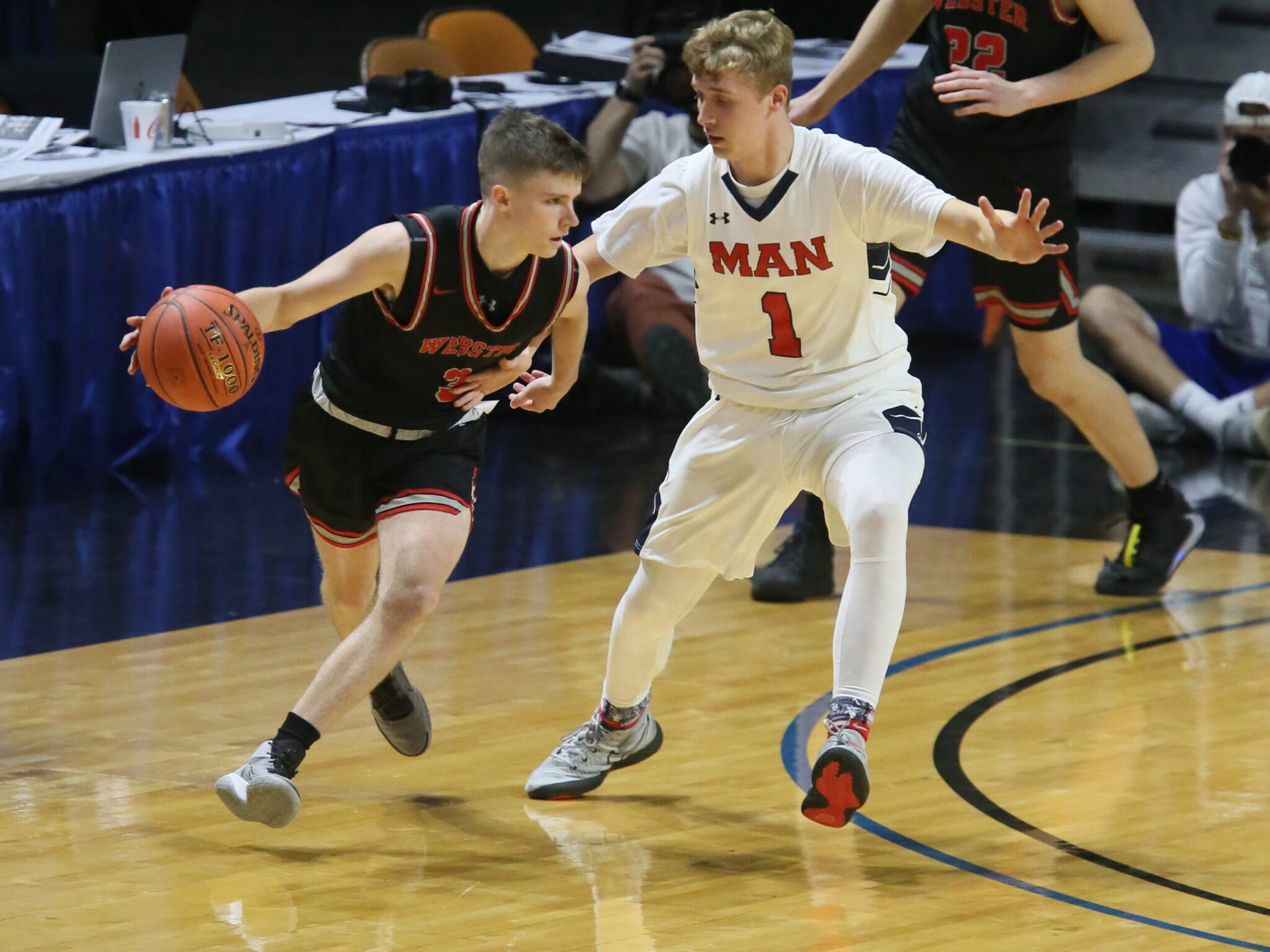 As a junior, Jeremiah Harless helped Man to the Class A state championship (Photo by Eddie Ferrari)

MORGANTOWN, W.Va. — With a preseason goal already achieved, Man High School senior Jeremiah Harless made sure to create as much distance in the program’s record books as possible.

On Saturday, Harless pulled down a school-record 45 rebounds in a 101-42 win at Parkersburg Catholic.

“I had no idea how many I actually had. I could tell throughout the game that they were adding up quickly. But I had no idea the exact number,” Harless said on Wednesday’s edition of MetroNews Citynet Statewide Sportsline.

“I had 14 in the first quarter. Things slowed down a little bit and I had six or seven in the second quarter. I ended the third quarter with 30 rebounds. And then I ended up breaking the record 25 and a half minutes into the game.”

Harless also scored 26 points, dished out seven assists and had four blocks in the contest. 17 of the 45 rebounds came on the offensive end. His previous best was a 17-rebound effort that came in the season-opening win over Tolsia. In Man’s win over Richwood earlier in the week, Harless narrowly missed out on a triple-double. He finished with 12 points, 14 rebounds and nine assists.

The school record was 32 rebounds in a single game. The mark was set by Jackson Tackett last spring. It is a number Harless had in his sights.

“Since the end of last season, I set the goal this year to attempt to break that record from a former player. I just thought I had the physicality and the size and the athleticism to do it. I set that as a goal this year and I wanted to achieve that.”

The 6-foot-5, 195-pound forward is a multi-sport standout at Man. He was the leading receiver for the Hillbillies this fall. Harless caught 33 passes for 483 yards and five touchdowns.

“Most of the time, the physicality hurts me because I tend to get in foul trouble quickly. It is the nature of football. You have to be physical.”

Man is off to a 7-2 start in their Class A state title defense. Harless believes the Hillbillies have the personnel to compete for another championship.

“I think wholeheartedly that if we play the ball that I think we can play, there is no doubt in my mind that we can end up in Charleston and bring the title back to Man.”