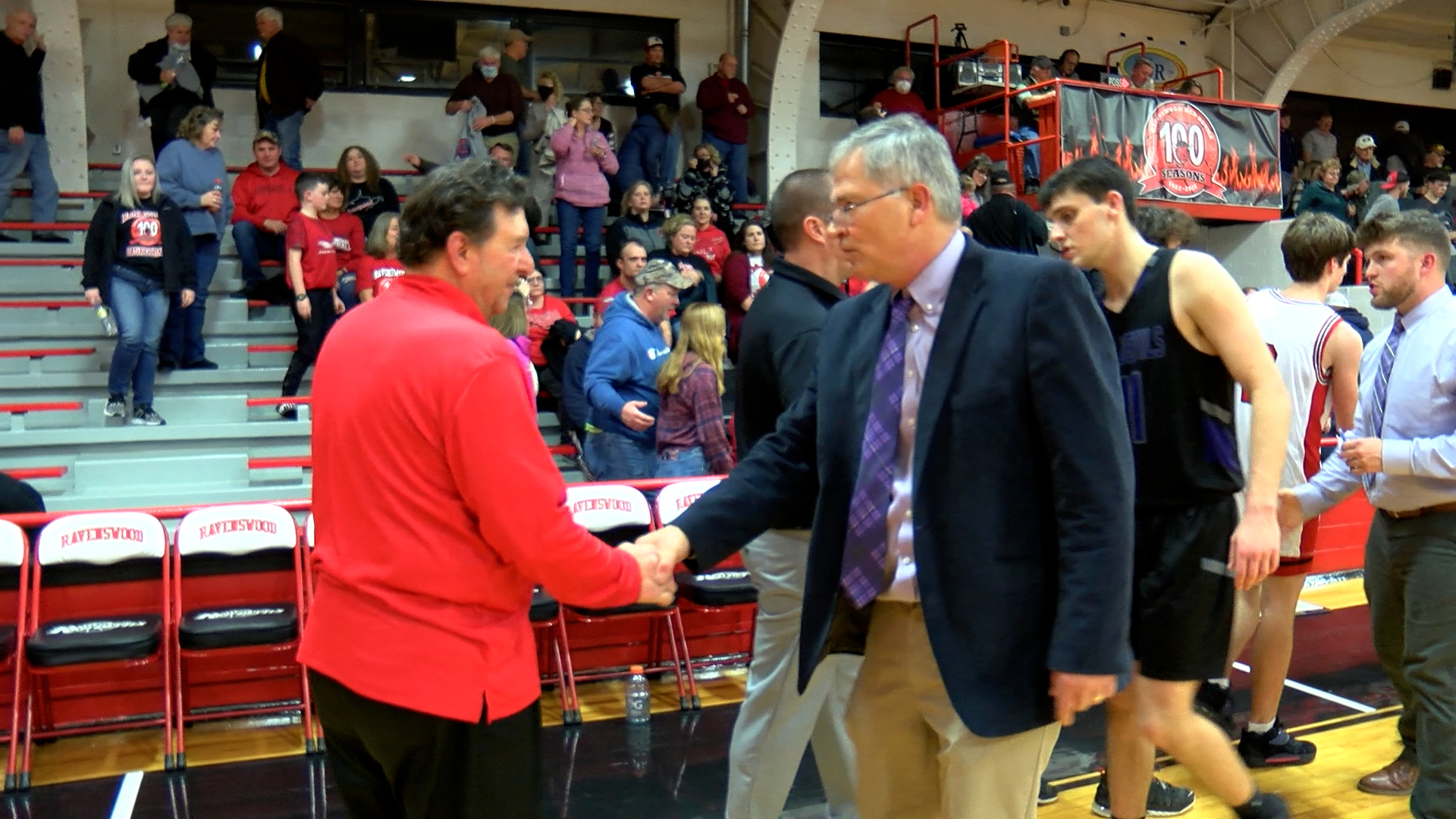 RAVENSWOOD, W.Va. — Grant Barnhart scored 20 of his game-high 32 points in the first half as St. Marys collected a quality road win at Ravenswood, 66-62. The Blue Devils kept their perfect record intact and improved to 9-0.

St. Marys led 17-8 after the opening quarter and extended that lead to 38-25 at halftime. Barnhart made six field goals in the first half, including a pair of triples.

“He was in his rhythm in the first half, I will say that. In the second half, they did a good job and made it hard for him. You have to give them the credit,” said St. Marys head coach Mark Barnhart.

“Brandon Lawhon came out and gave us a big lift early. He hit some shots to get us jumpstarted. That is big in here because usually when you come in here, it is them hitting the shots.”

Ravenswood’s defense tightened in the second half, allowing the Red Devils to trim the deficit to single digits early in the fourth quarter.

With 45 seconds left in the fourth quarter, Ravenswood cut their deficit to five points at 59-54. However, Barnhart broke free after a halfcourt inbounds pass for a layup to effectively seal the game. The Blue Devils controlled the pace of play throughout much of the second half.

“I thought we did a decent job of spreading the floor on offense. If that does nothing else for you, it slows the pace of the game down. If someone is playing catchup, it makes it harder because they are not getting as many possessions.”

With the win, St. Marys remains one of just two undefeated teams in Class AA, along with South Harrison.